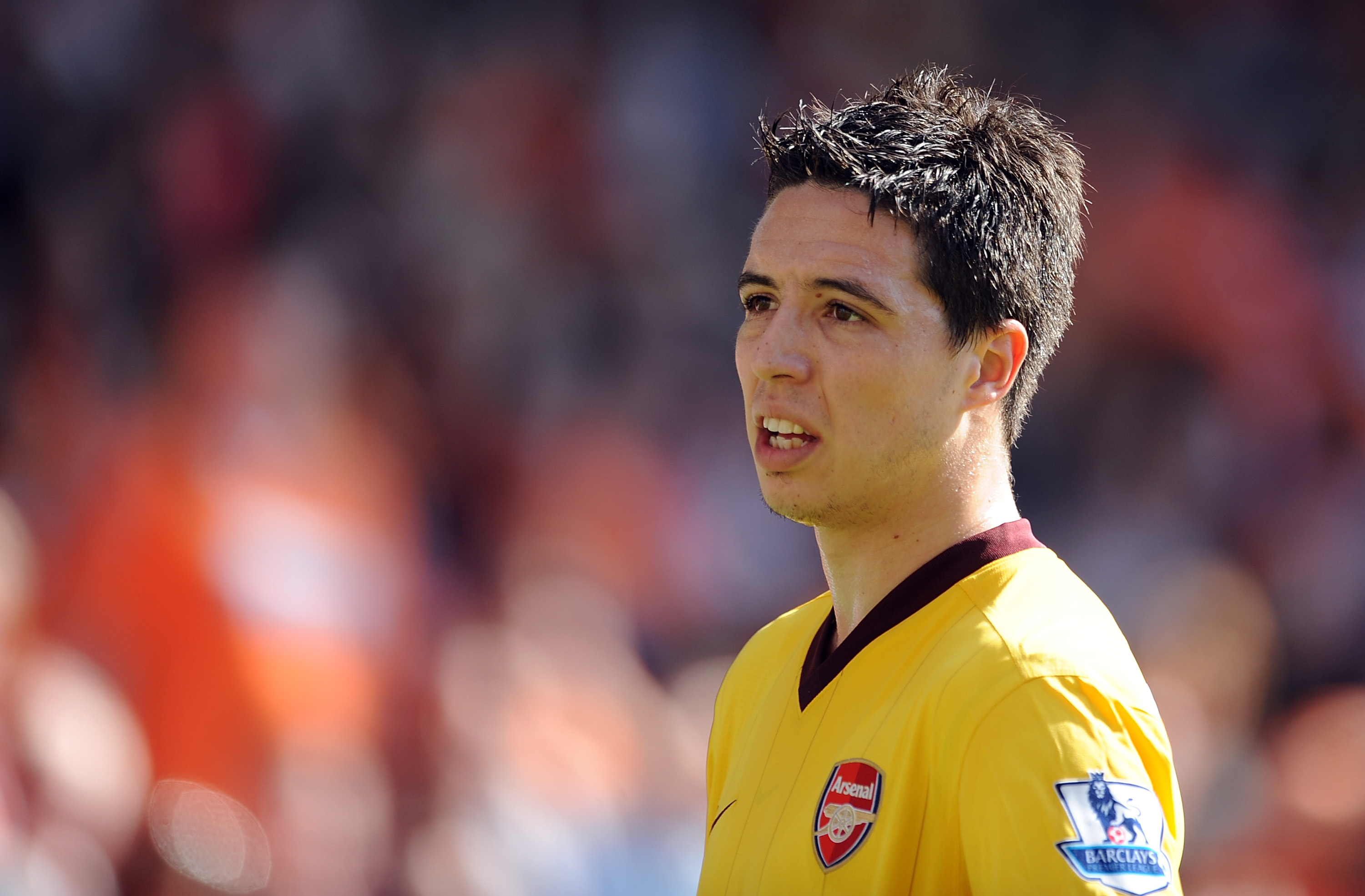 After signing Phil Jones for £16 million, Manchester United look set to go on a huge summer spending spree, as Sir Alex Ferguson again goes in pursuit of the best young talent around.

With the capture of centre-back sensation Jones, 19, United have proven their financial muscle and their intent to build another class of '99 to challenge FC Barcelona's stronghold in the UEFA Champions League.

And as they look like pushing on even further with their summer recruits, here are the 10 best players left in the market for Manchester United. 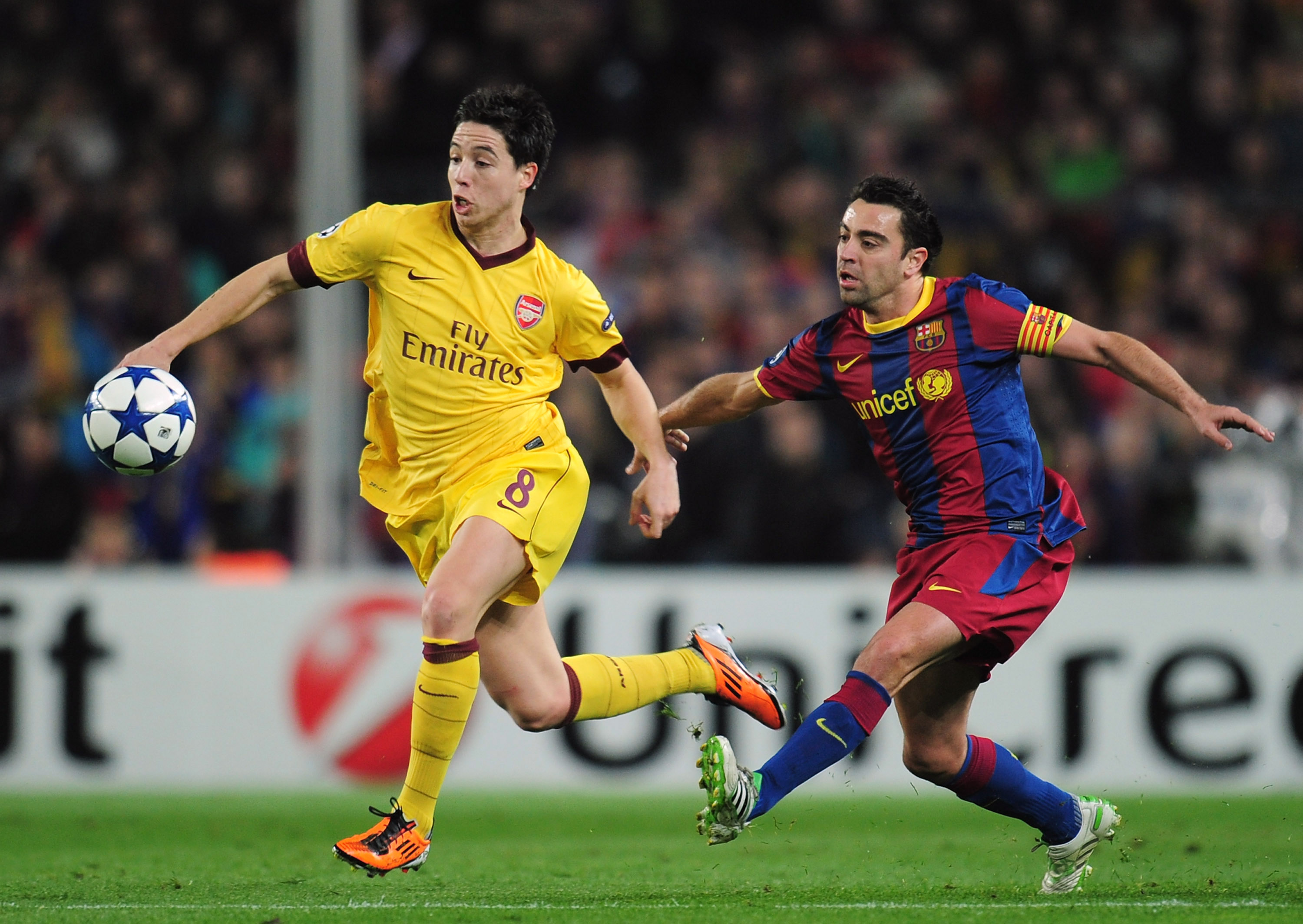 Playmaker Samir Nasri, 23, has courted strong interest from Manchester United after refusing to rule out a move to the Premier League giants.

A young, ambitious player proven at the very highest level, Nasri would be a perfect fit for United, bringing the creativity and defence-unlocking passing ability that the Red Devils have lacked in midfield this season.

Despite Arsenal boss Arsene Wenger insisting Nasri will not be sold to United, Sir Alex Ferguson still looks set to make a move for the France international. 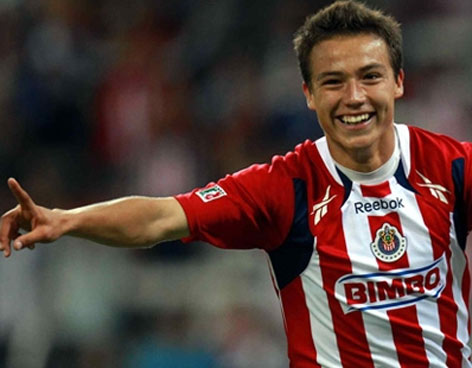 The Next Javier Hernandez?

After replacing Javier Hernandez at Chivas de Guadalajara, Mexican striker Erick Torres, 18, is said to be the next Chicharito.

Having already scored seven goals in 19 appearances and impressed for the Mexico U-20s, Torres has already attracted heavy interest from Europe's elite, with PSV Eindhoven set to swoop for the super-talented youngster.

However, Manchester United scouts have long been keeping tabs on Torres, and the Red Devils could well make a move for the player if PSV's interest turns into a bid, as United look to sign as many new Cristiano Ronaldos as possible. 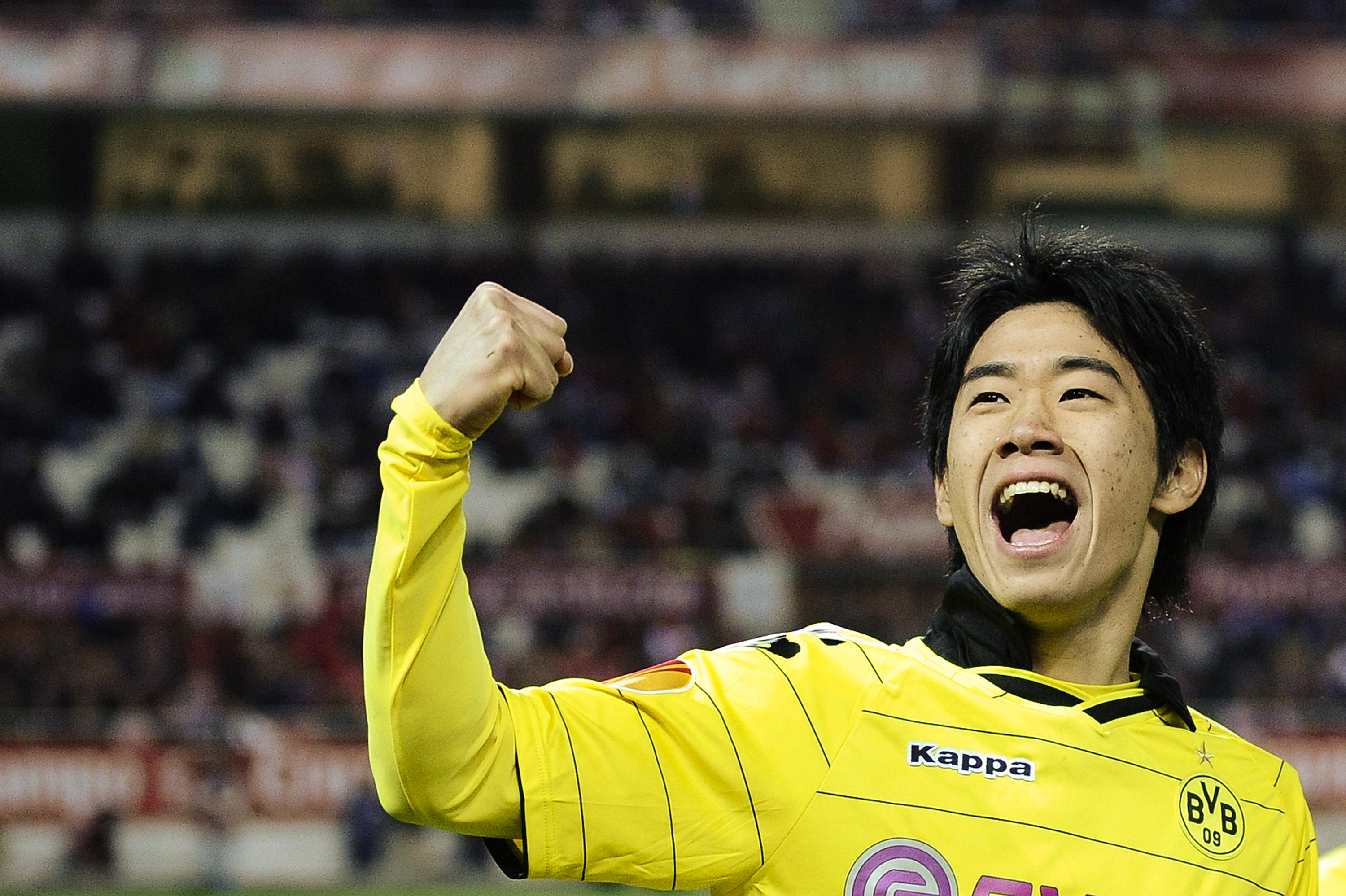 Borussia Dortmund and Japan star Shinji Kagawa, 22, has had a rapid rise to success following his £320,000 move from Cerezo Osaka last summer, taking the Bundesliga by storm and scoring eight goals in the process, despite a lengthy injury.

And after being quizzed on a potential move to Manchester United, he said: "The Premier League is one of the leagues [where] I want to challenge. If it is [Manchester United], I'll be more eager still to go and see what I can do there."

The Japanese playmaker would be a good option for United, with his ambition, potential and the fact he'd be a very lucrative marketing tool coming in very handy. 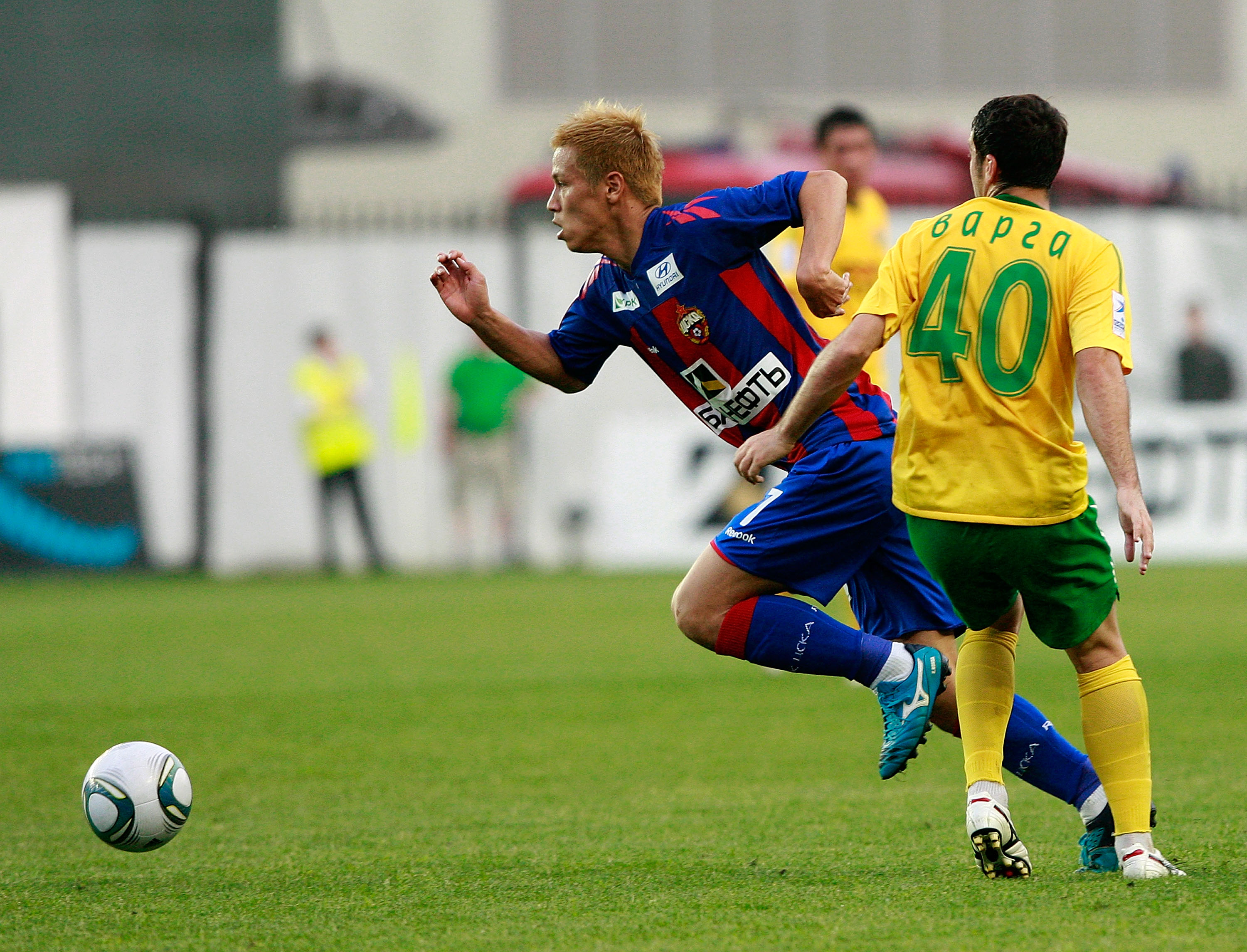 A player in the natural mould of Paul Scholes, Keisuke Honda, 24, could be exactly the deep-lying playmaker to solve Manchester United's midfield problem.

Available for around £15 million, Honda has all the benefits of Shinji Kagawa, yet is a player more like Scholes and is also a renowned free-kick and corner-kick taker, which is something United have lacked this season.

Another lucrative marketing tool who could help United boost their revenue from Asia (something they really need to do ahead of UEFA's Financial Fair Play rules), as well as being a talented player with the potential to make it at a top club, Keisuke Honda would be a very good option for Manchester United. 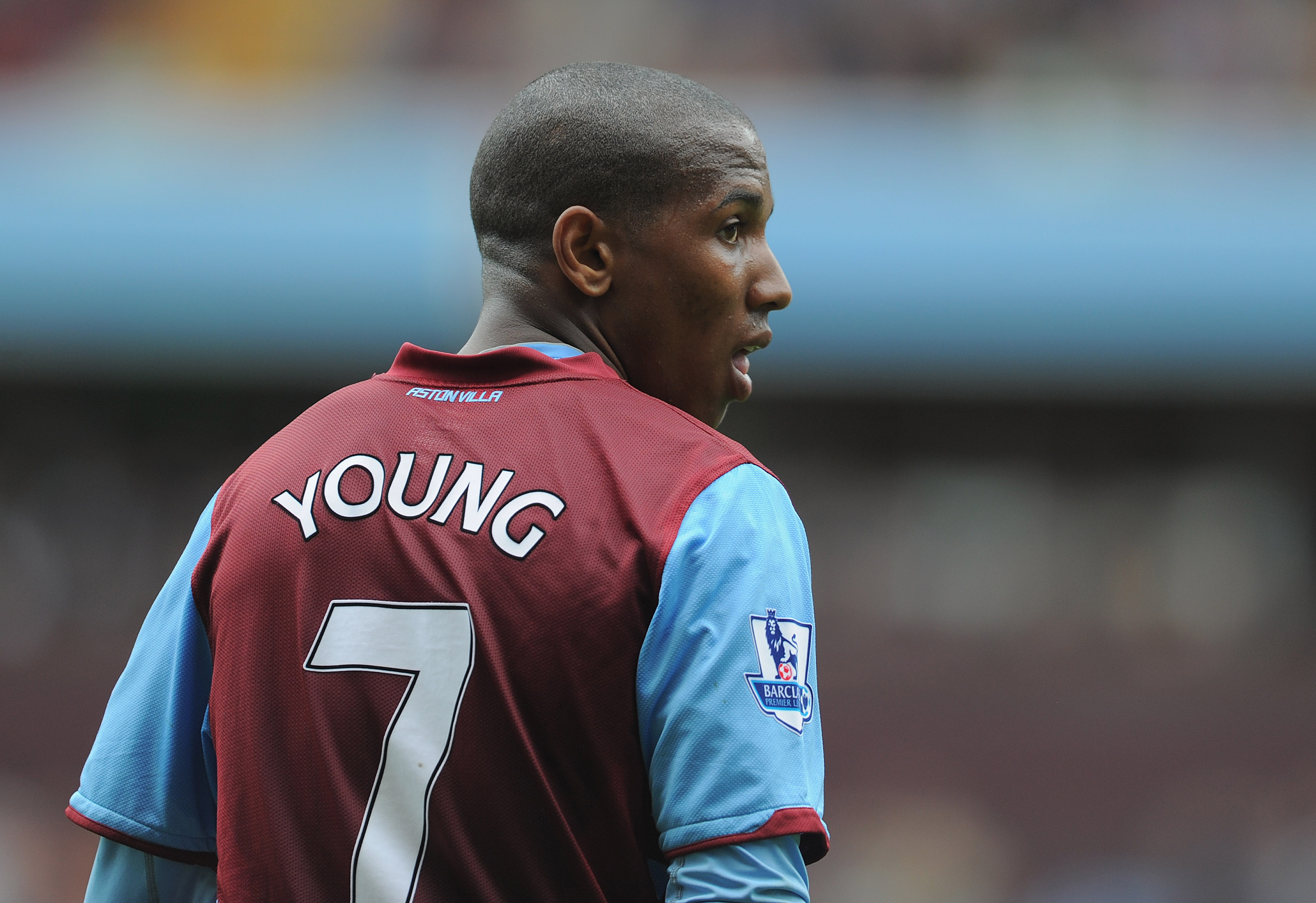 Having proven himself this season as Aston Villa and England's most important player, ambitious playmaker Ashley Young finally looks set for the big time.

The Villa star, 25, has reportedly opened talks with Manchester United over a £20 million switch from Villa Park.

A trequartista who now has the finishing ability to match his assist-making powers, Ashley Young has looked more and more like a United player as the season has progressed. 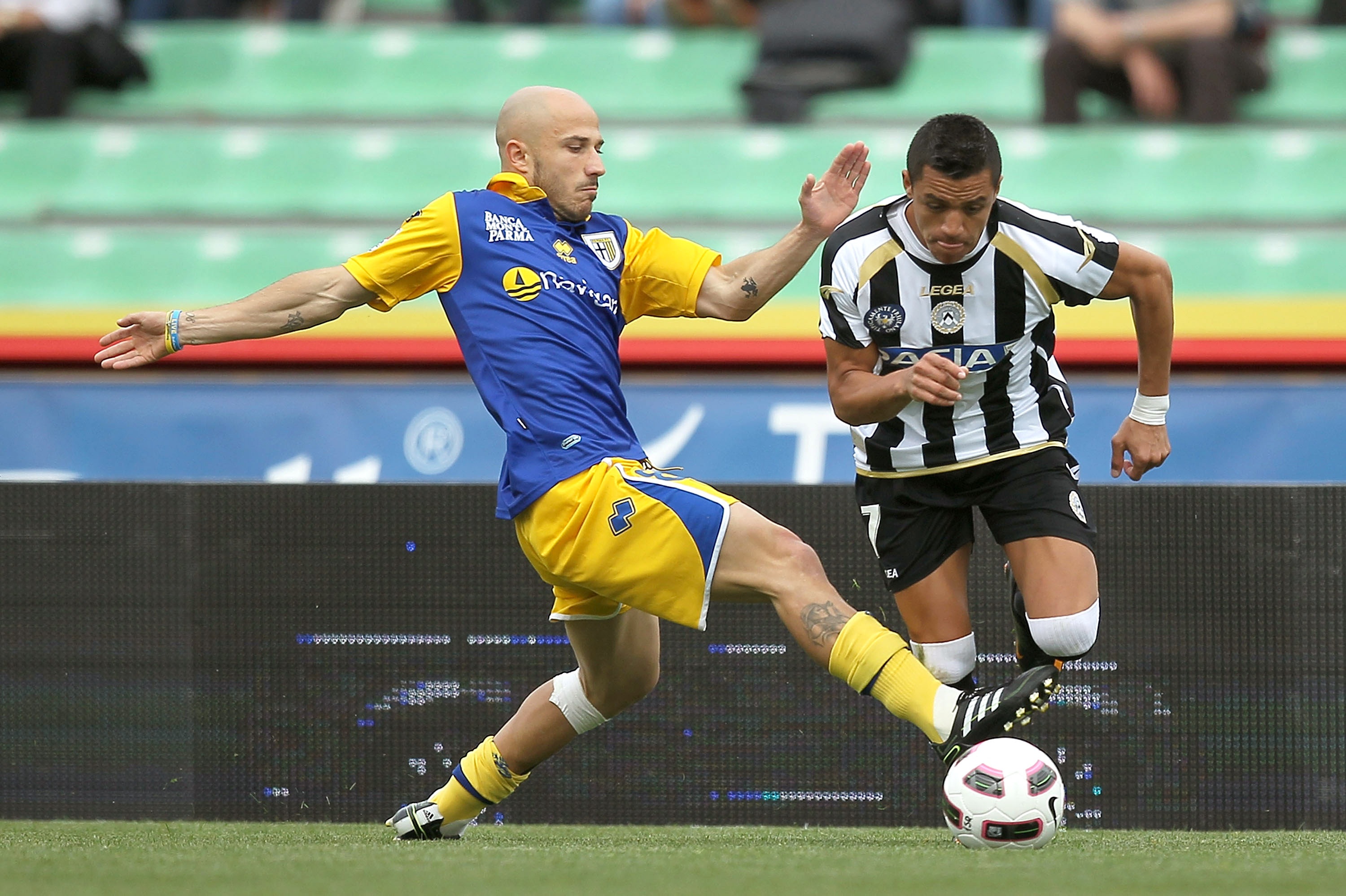 The most exciting player in Serie A right now, Chilean winger Alexis Sanchez, 22, has been courting the interest of Europe's elite ever since he shone for Chile at the 2010 World Cup in South Africa.

Available to any club who meets the £30 million price tag slapped on him, Sanchez has reportedly been approached by both Manchester United and FC Barcelona, but is said to favour a move to Old Trafford as he'd be guaranteed more playing time.

Likened to Real Madrid's Cristiano Ronaldo, goal-scoring winger Sanchez is exactly the player required to fill the void at United left by Ronaldo, with his sensational pace, stellar crossing ability and top-class finishing ticking all the boxes required to be a future Manchester United superstar. 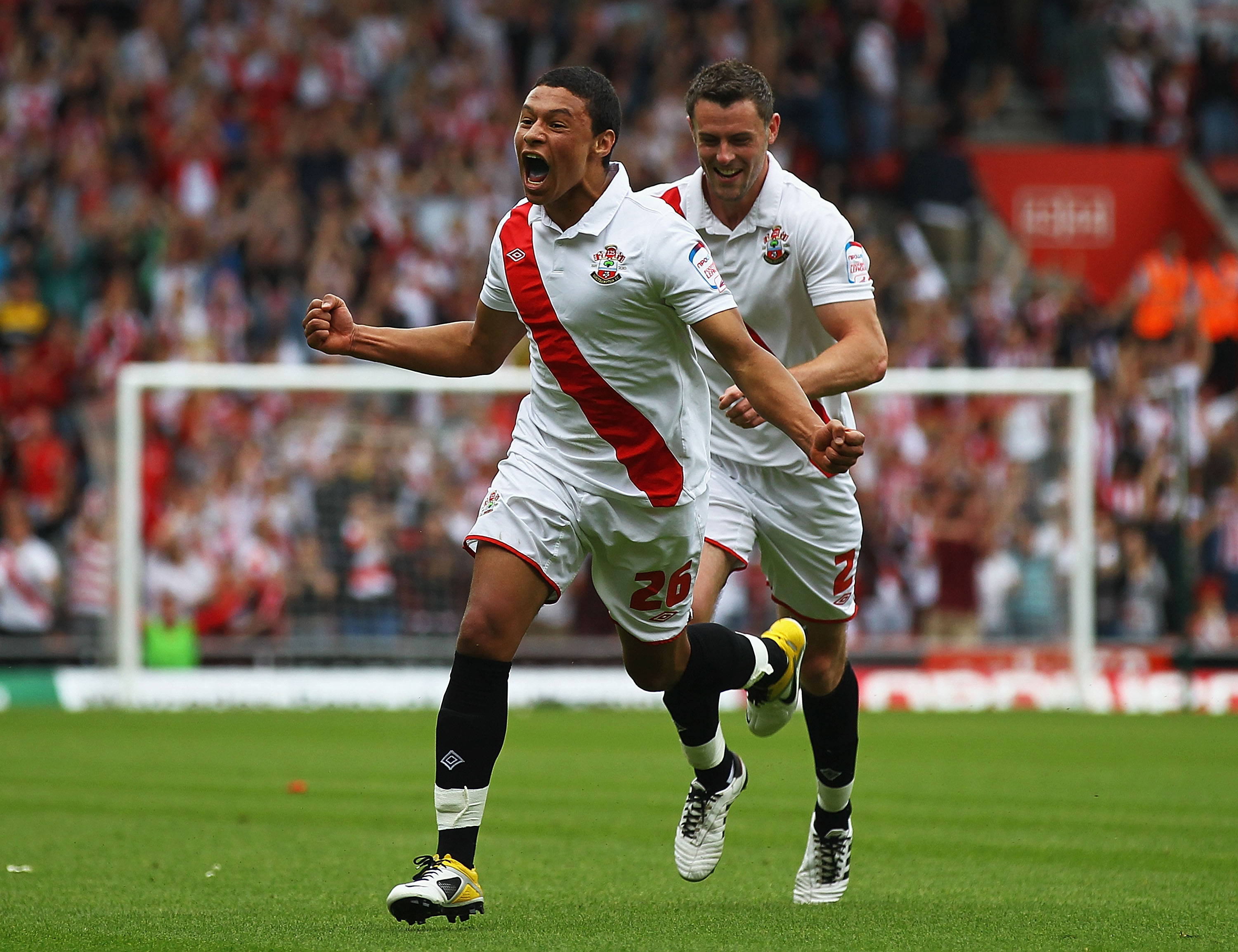 £15 million-rated Southampton star Alex Oxlade-Chamberlain, 17, is once again the subject of a transfer war between Manchester United and Arsenal.

The England U-21 international, who doesn't turn 18 until August, has already made 34 appearances for the Saints, scoring nine goals and making nine assists, and is a player with huge potential.

Another footballer who ticks all the boxes to be an Old Trafford legend, Chamberlain is exactly the sort of player Sir Alex Ferguson is looking to entice to United as he again goes about building another world-beating team. 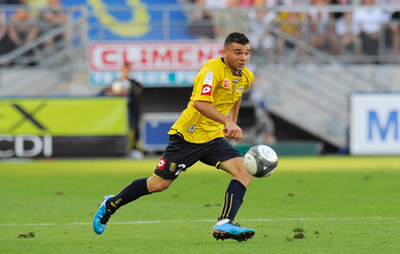 Manchester United fans on forums across the internet have been clamouring for Sir Alex Ferguson to make a bid for Sochaux star Marvin Martin, who recently scored a brace within 20 minutes of making his debut for France.

Martin, who was the highest assist-maker in Ligue 1 this season with 17 assists (the third-highest in Europe), is possibly the most creative playmaker in Europe at the moment, with the ability to make defence-splitting passes out of nothing.

A more attacking version of Paul Scholes, Martin, 23, has all the makings to be a success at United, and would be a relatively cheap option at around £8 million. 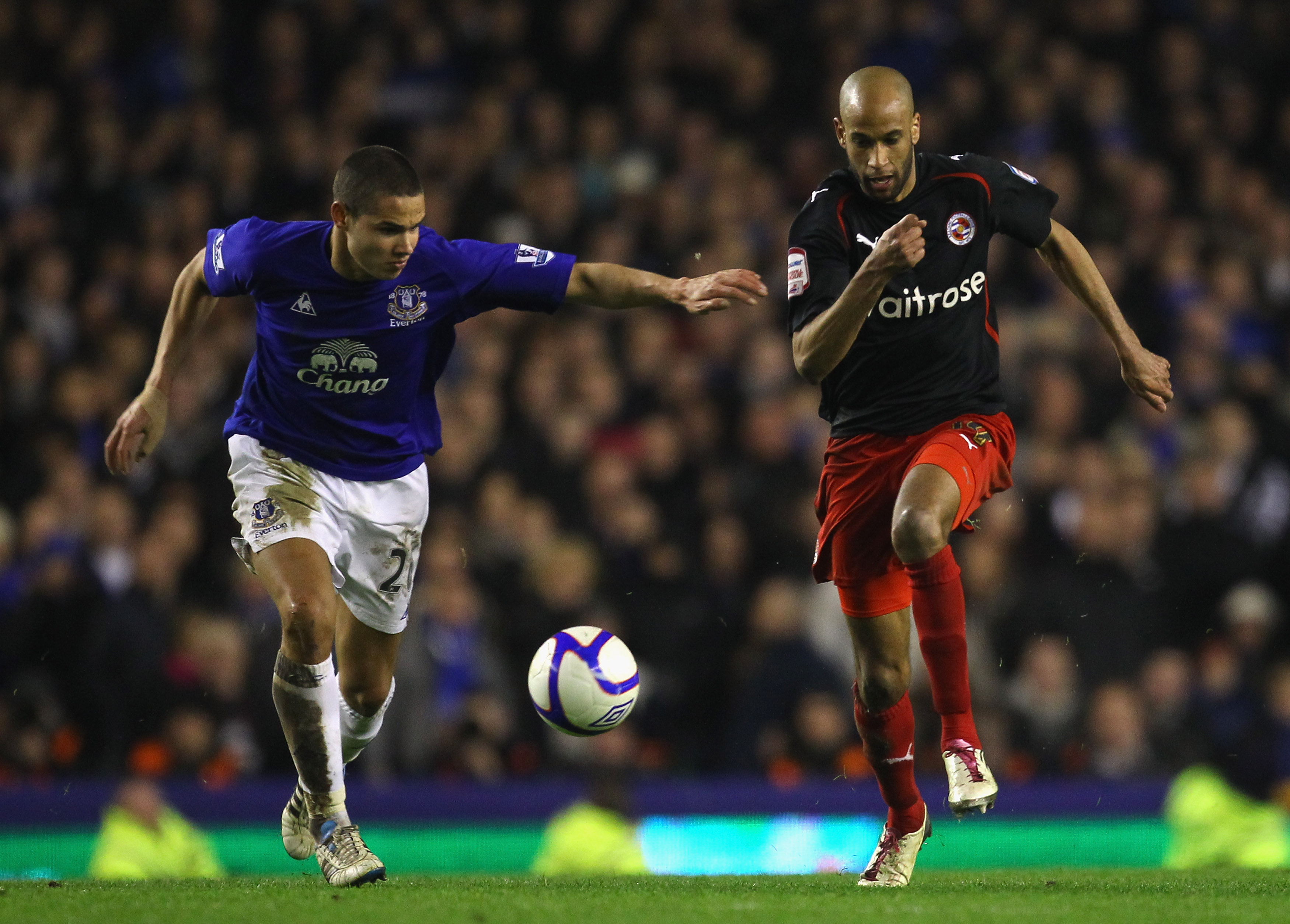 A player with more potential and talent than Liverpool's newly recruited £20 million young talent Jordan Henderson, Jack Rodwell is a player with the vision and passing ability to match almost anyone in United's midfield, while he also has the strength and confidence to keep hold of the ball, as well as the tackling ability to regain possession in midfield.

Available for £15 million and with Everton reportedly keen to do a deal, day by day Jack Rodwell is looking more and more like a Manchester United player. 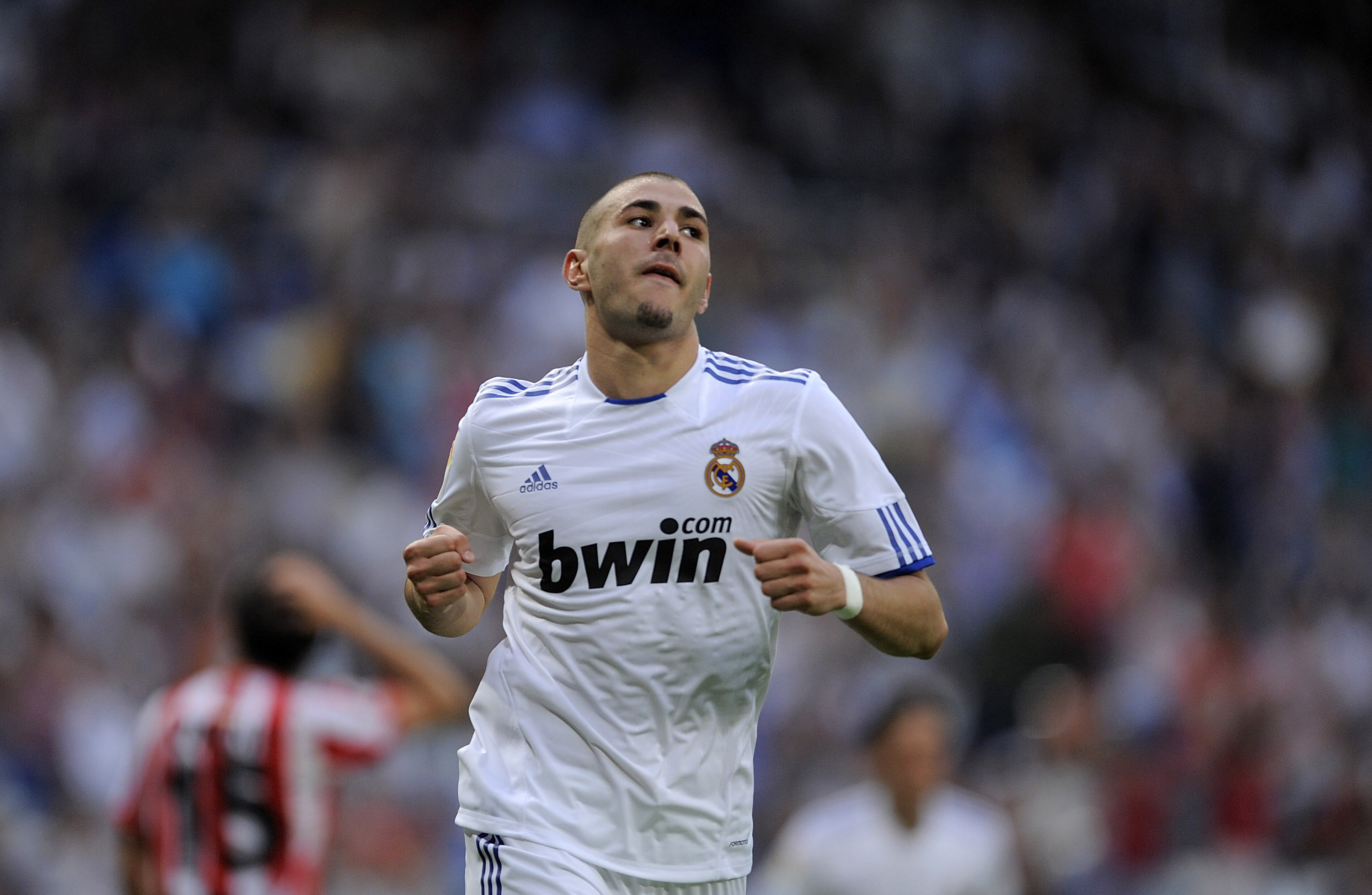 A player Sir Alex Ferguson wanted to sign before he moved to Real Madrid, Karim Benzema might finally be on his way to Manchester United.

Said to be surplus to requirements for Jose Mourinho, 26-goal striker Benzema fits the United bill when it comes to the front line, having that striker's instinct, self-efficacy when it comes to scoring chances and most importantly, that world-class finishing ability.

Available for £26 million, if Dimitar Berbatov is offloaded and players like Federico Macheda and Mame Biram Diouf moved on, Benzema could be the 20-goal-a-season striker United need to keep them top of the Premier League table.