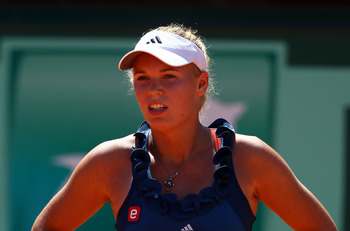 It will take a big change in Caroline Wozniacki's game in order to win a grand slam.Clive Brunskill/Getty Images

It’s plain and simple: Caroline Wozniacki will never win a Grand Slam title in her career.

Although only 20 years old, Wozniacki has no potential. Her style of play ensures that she cannot beat better opponents, only weaker ones.

Wozniacki has struggled her whole career to triumph over top players on the biggest stages, and it’s not just a coincidence that she has failed.

Caroline Wozniacki may be the women’s No. 1 player according to the ranking system, but she doesn’t deserve to be. Here are the reasons Wozniacki will never win a Grand Slam tournament. 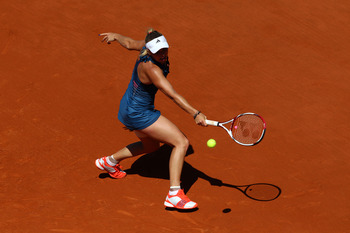 Hantuchova was pushing Wozniacki left and right like a rag doll. Since Wozniacki is a defensive player, her opponent usually decides to go on the offensive, and Wozniacki can’t handle that. She likes to get into rallies with her opponent waiting for them to make mistakes. 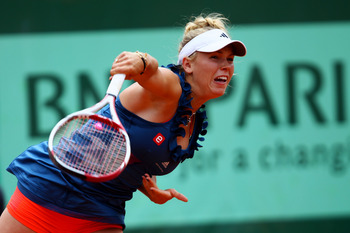 Even though the women’s service game is not as important as it is in the men’s, serving is significant. Having an easy service game can help a player save energy for later games. Unfortunately, Wozniacki is always forced to play out long points and even longer games because of her game style. Difficult opponents like Maria Sharapova and Serena Williams pounce on Wozniacki’s second serve, already putting Wozniacki at a disadvantage. 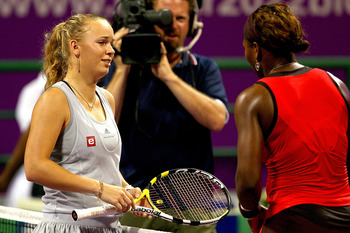 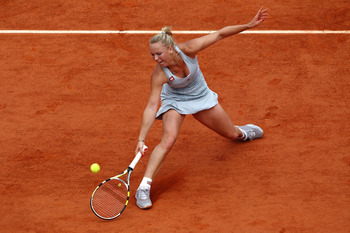 One of the major problems Wozniacki faces is that she has no net game—she is strictly a baseline player. When she plays a tough opponent, like a Clijsters, Wozniacki lives and dies by her baseline play. Clijsters, who is a great baseline player as well, mixes it up and comes to net to put away the points more quickly and more decisively.

No Confidence and No Will 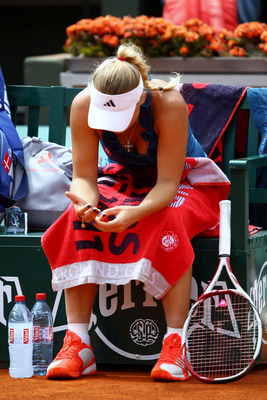 Wozniacki is too nice. When players like Rafael Nadal, Roger Federer, or Serena Williams smell victory, they never let go. They have that gotcha mentality that only few players have, and Wozniacki certainly doesn’t have it. Sometimes Wozniacki lets up when she knows she is about to lose.

Most recently at the French Open, she complained for five minutes about an out-call during her match against Aleksandra Wozniak. The delay came at a crucial point in the match and put Wozniacki down set point. Video evidence showed the ball Wozniacki hit was out. The over-the-top outburst showed that Wozniacki had no confidence in her ability to win the match, which she went on to do. Wozniacki needs to believe in herself more.

Too Much Wear and Tear 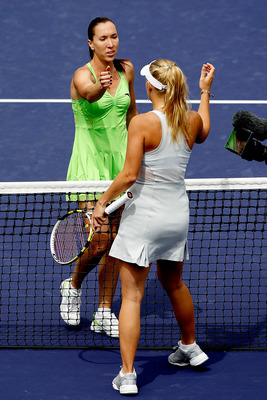 Wozniacki is very comparable to former No. 1 player Dinara Safina in that they play a lot of matches. They don’t necessarily beat good players, but any win helps get their ranking up. As we have seen with Jelena Jankovic, Safina, and Wozniacki, their bodies can’t handle that much tennis. They need time off to rest.

Another comparable stat with these women is that they are not great players; they just beat the players who they are supposed to beat. Wozniacki has played 48 singles matches this year and won 40. Kim Clijsters, ranked No. 2 in the world has played 27 singles matches. The difference is Clijsters has won four Grand Slams in her career. Wozniacki will always be a top-5 player, but her career will surprise you because after all the matches she has played, she will have zero Grand Slam titles.