The Top 25 Most Ridiculous Touchdowns in NFL History 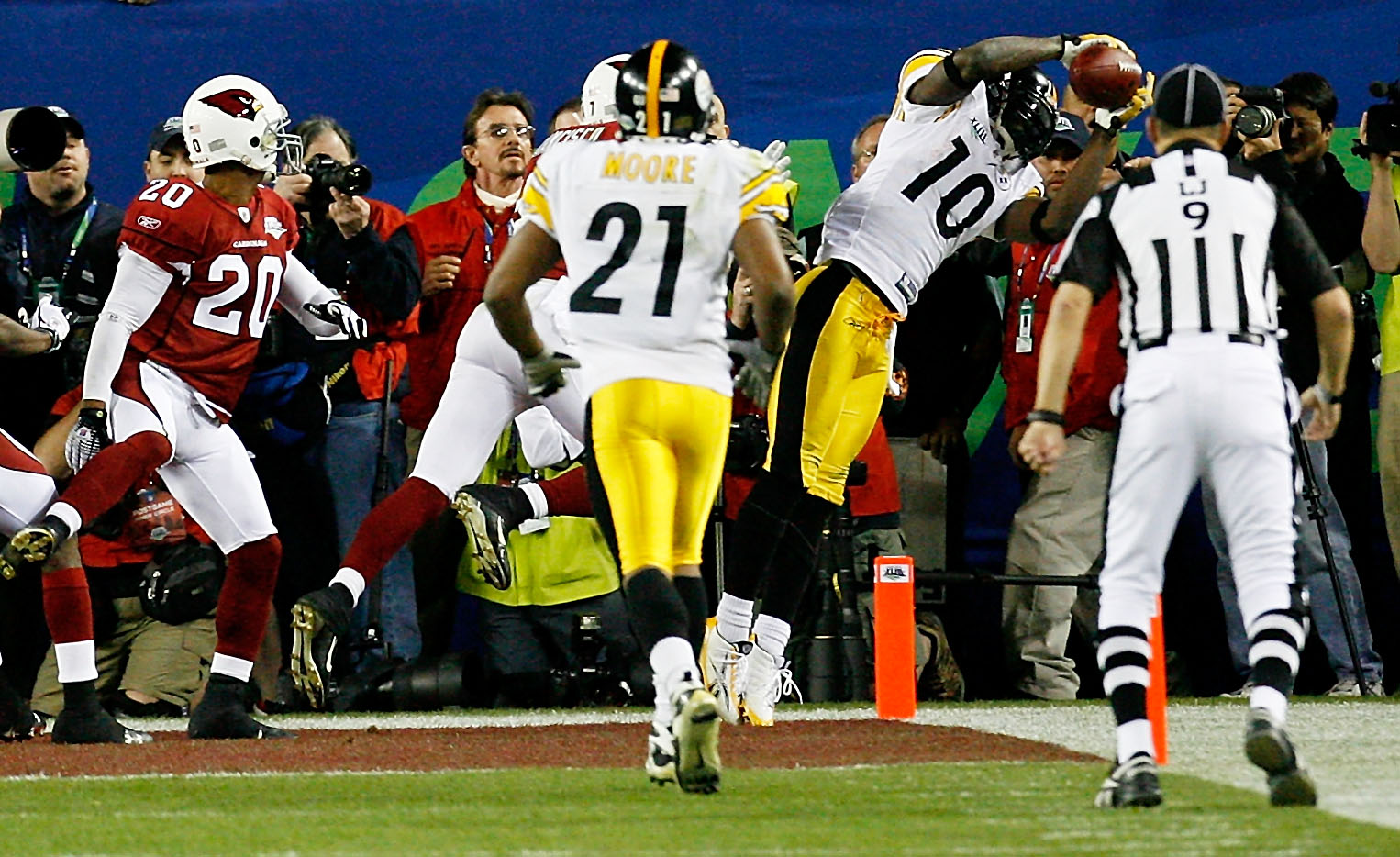 The Webster Dictionary definition of "ridiculous":

1. She looks ridiculous in that outfit.

2. It was a ridiculous suggestion.

3. That's an absolutely ridiculous price for that sweater.

Latin ridiculosus (from ridiculum jest, from neuter of ridiculus) or ridiculus, literally, laughable, from ridēre to laugh

We here at Bleacher Report may define "ridiculous" just a little bit differently than Webster, but to be fair the word has taken on new meaning in the sports world.

Ridiculous in the NFL has become a word used to describe great catches, hard hits and overall amazing plays under amazing circumstances.

With that in mind here are the top 25 most ridiculous touchdowns in NFL history:

This won't be the last time you see the old gunslinger on this list.

It was odd seeing him do it in a Vikings uniform, but the old man still had the magic.

The fact that Cromartie went 109 yards alone is pretty ridiculous, but when you factor in that he did it off a field goal to end the half just makes this plain sweet.

I have to put this in the mix.

The night after Brett Favre's dad died, he came out and threw one of the best games I had ever seen in my life, and yes I am one of the lucky few to actually have been in attendance at that game.

Every single one of the touchdowns he threw was ridiculous, and worth watching.

There is really no call more gutsy than the fake punt. Usually the goal is to just get a first down, but here we see the touchdown as the cherry on top.

Andre Johnson shows us why many people consider him to be one of the best in the game.

The fact that it was a clutch touchdown would be enough, but just watch the skill it took him to get both feet down so deliberately.

The Flea Flicker is an old backyard classic, so when it's preformed well in the NFL it can become and instant classic.

Add a great catch by Fitzgerald, and here ya go!

This is not a spectacular-looking play, but given the circumstances, the New York Giants used their great execution to ruin a ridiculously perfect season for the New England Patriots.

There is almost nothing more exhilarating than a pick six. Well, except for a pick six to seal the Super Bowl for a franchise and a desperate city.

I make reference to this play all the time purely because it is so freaking awesome to watch this big behemoth rumble and bumble his way into the end zone.

The near cardiac arrest in the end zone just was like icing on the cake.

Adrian Peterson is easily one of the best runners in the NFL. When he really gets rolling, scary things can happen, and in this case he just literally tossed people out of the way.

Oh man, I could literally watch Peyton Hillis run people over every day of the week.

The poor guy didn't stand a chance at stopping him!

Keep in mind, this was the very first play of the Super Bowl.

Talk about getting off to a good start, eh?

He broke the NFL record held by himself.

Ed Reed is easily one of the best defensive players of his time.

I don't think people realize the velocity that Tom Brady threw this ball with.

Brady threw it on a string, and Moss picked it out of the air like it was a beach ball floating into his hand.

This was part great play by Jackson, and part ridiculously bad coverage by the Giants.

Either way, Jackson made an incredible run, and in my eyes, this was the nail in the coffin for the Giants' playoff hopes.

I think Tom Coughlin is still yelling at Matt Dodge.

This is a play that could have gone horrendously wrong for the Browns, but instead it went ridiculously great thanks to Cribbs.

Another great catch by one of the best you will ever see.

He was hugging the sideline the whole way, and brought it in with one hand right before he ran out of real estate.

How Holmes had the wherewithal to get both of his feet down in this situation I will never understand.

To win the Super Bowl with this catch is truly ridiculous, though.

Steve Smith should have been down about eight times during this play.

Somehow, he managed to escape a massive pile-on tackle, though, and he made a spectacular touchdown run that all eight fans present really enjoyed.

This is a record for Super Bowl interception return yardage.

The stat would be impressive alone, but watch the actual run itself!

The title says it all.

This is easily one of the best runs I have ever seen.

Poor Tracy Porter was a hero earlier in this piece; now he is a rag doll.

Dante Hall has been somewhat forgotten in today's football talk, but it's impossible to argue with his explosiveness back when he was playing.

I dare you to watch this without reacting to the move he put on.

Any time your touchdown play gets a name attached to it, you know you have done something quite ridiculous.

The moment plus the actual play make this touchdown one of the best ever.

This is easily one of the most ridiculous things I have ever seen on a football field.

Everybody besides Antonio Freeman and the ref thought that this was an incomplete pass.

Good old Al Michaels commentary: "HE DID WHAT!?"

I'll just let history do the talking for me....

Soak it up, folks!