EPL Unexpected Heroes: 10 Men Who Came Through Down the 2010-11 Home Stretch 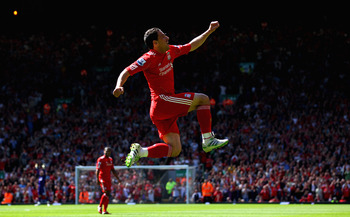 The men on this list have come through with clutch performances when their teams needed it most.

Since the end of the January transfer window, the EPL season has given us a near-excruciating supply of drama.

In the past few weeks, these heroes have stepped up and put in fantastic performances that have changed fates and saved season. 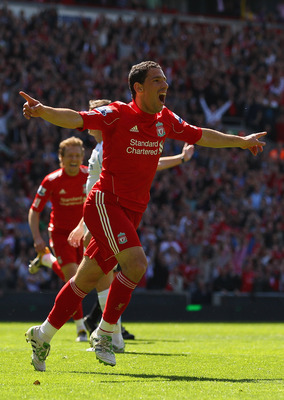 Argentine midfielder Maxi Rodriguez has been the star of Anfield these past few weeks. With seven goals in three matches, Rodriguez has helped Liverpool rain ruination of biblical proportions on its opponents.

What’s especially mind-blowing about all of this is that, previous to his recent superhuman form, Rodriguez was having a terribly mediocre season.

All told, Rodriguez has scored 10 goals this season, meaning between August and April he had three goals. He only had one assist in that time and contributed little in terms of creativity.

The burning fire Liverpool has shown in recent weeks can be partially attributed to Rodriguez’s stellar form. 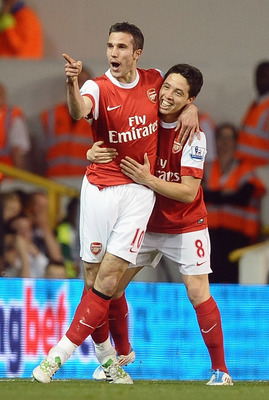 Everyone knows that Robin Van Persie is a very good player, but did anyone expect him to score 16 league goals from January to May?

Even in the Gunners’ darkest hours, such as last week’s humbling castigation at the hands of Stoke City, RVP’s play in the closing half of the EPL season has been nothing short of phenomenal.

Outside of the EPL, Van Persie has scored four more goals and racked up eight assists, most of them in the past three months.

You might even say RVP has been playing a little bit like Thierry Henry, which exactly what Arsenal needs and something the team hasn’t been able to completely capitalize on. 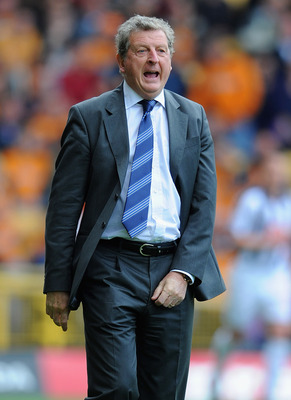 Who would’ve thunk after the ignominious sacking by Liverpool and the triumphant return of Kenny Dalglish that mopey Roy Hodgson would manage to save a team’s season?

But that’s exactly what he did.

Brought in to replace Roberto Di Matteo at West Bromwich Albion, Hodgson took the Baggies on a stunning undefeated run no one would’ve though them capable of just a week before his arrival.

Striker Peter Odemwingie’s form transformed completely and the side began playing like the creative unit no one expected it of being.

When Hodgson came in, WBA was in the thick of the relegation battle. Now, the Baggies sit 13th and look poised for another go at top-flight English football. Too bad West Ham didn’t snag Roy before WBA did, as this writer suggested many months ago. 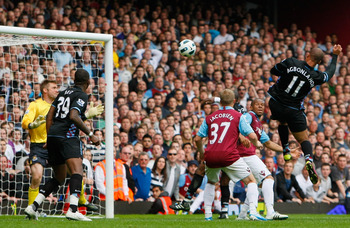 Gabby Agbonlahor exerted minimal impact on Aston Villa for the majority of the season. All of that changed at Upton Park three weeks ago.

Agbonlahor’s goal against the Hammers on April 16th earned Villa three crucial points. Those points allayed all fears that the side might face relegation.

There are very few points that we can distinctly point to as the moment that won or lost the season for a team. Agbonlahor’s goal is one of them. 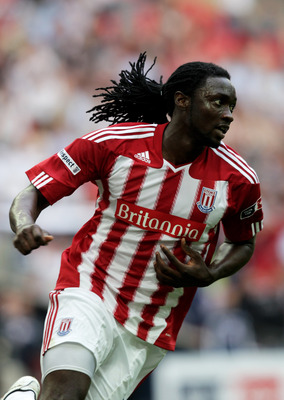 Stoke City striker Kenwyne Jones helped lift his team far from fears of relegation as the side sailed from a dismal lost to West Ham to eight place in the league in six weeks.

Though Jones only has nine league goals on the season, four of them have come in the last five matches.

He won Stoke a point against Villa by scoring the side’s only goal, contributed to massive routings of Arsenal and Wolves and put one past Bolton in the 5-0 FA Cup semifinal destruction meted on April 17th.

Jones’ accomplishments will likely go unrecognized by anyone other than the Potters faithful, which is a shame. But he can rest easy knowing he did Stoke-on-Trent proud. 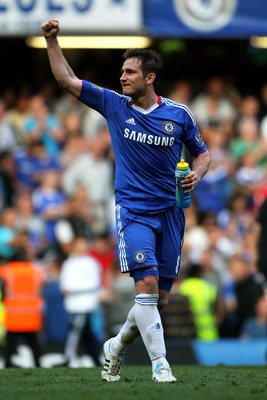 So, how does arguably the best midfielder in the EPL end up on a list of unexpected heroes?

We’ll explain this one with some statistics:

From August 14th to January 24th, Frank Lampard scored two goals and racked up one assist. Though he suffer an lengthy injury, he played nine games in that time.

In the nine subsequent games, Lampard scored six goals. All told, he has scored eight since February 1, and has two assists in that time.

Lampard’s return to form has coincided neatly with Chelsea’s return to form. The Blues started the season with a series of huge wins followed by a very disappointing run of form.

Despite this, the side now finds itself in second place, thanks in large part to the dedication, goal-scoring prowess and creativity demonstrated by Lampard. 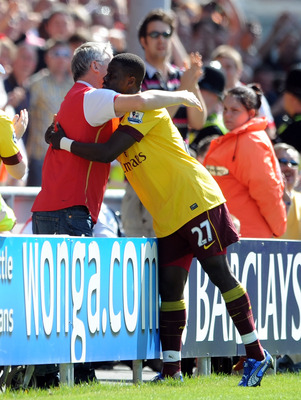 As recent as early April, few would have thought Arsenal midfielder Emmanuel Eboué would have made such a drastic impact on the EPL season, but the proof is in the pudding.

In one brief moment—call it a lapse of judgment—Eboué more or less gifted United the EPL league title and helped Liverpool inch ever closer to a top-four finish by fouling Leiva Lucas in the 100th minute at Emirates stadium.

This enormous error in judgment is on par with that of Gavrilo Princip and Anakin Skywalker. 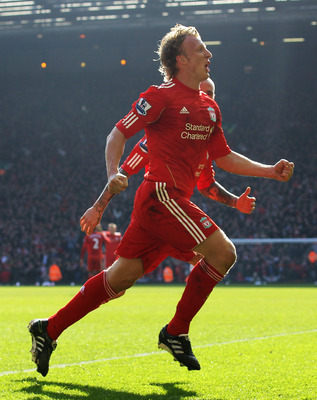 You know you saw this one coming.

Dirk Kuyt is all of a sudden the best player on a team that boasts the likes of Steven Gerrard.

In the past eight matches, Kuyt has scored nine goals and contributed three assists to the Anfield cause. Apart from Liverpool’s April 2nd contest with WBA, Kuyt has scored in every league game since March 6th.

Even more than Maxi Rodriguez, the impassioned play of Dirk Kuyt has lit a fire under the collective derriére of Liverpool’s starting XI. 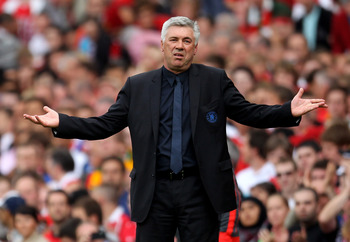 It wasn’t long ago that the world was calling for Ancelotti’s head on a stick. The Blues crashed out of the Champions League after a defeat to Manchester United and looked a far sight from finishing top of the league.

Flash forward a few weeks. Chelsea has won six of its last eight league matches. Last Sunday, the Blues faced United in a match that more or less decided the league.

Though United won that match, no one but the most faithful Chelsea fan would’ve thought the Blues could find themselves in such a position after the team’s very poor run of form.

Credit is due to an all-around upsweep in form. From the reemergence of Malouda and Drogba to Torres’ first goal, the will to win came from somewhere. We’ll give Ancelotti the credit. 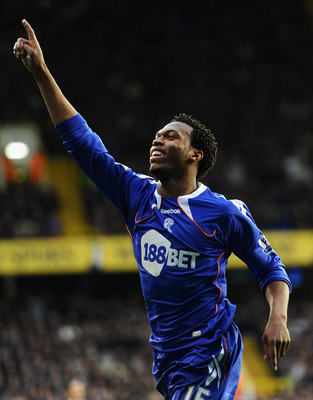 Daniel Sturridge has been fantastic at Bolton in the spring of 2011.

Sturrdige’s seven goals in 10 games contributed to some big wins for the Wanderers. Though Bolton has displayed poor form of late, young Daniel helped win points against Newcastle, Everton, West Ham and Arsenal.

His ability to find the back of the net will prove crucial if Bolton is to make up the four points that sit between them and the Europa League.