The Stanley Cup: 10 Reasons Why It's the Greatest Trophy in All of Sports 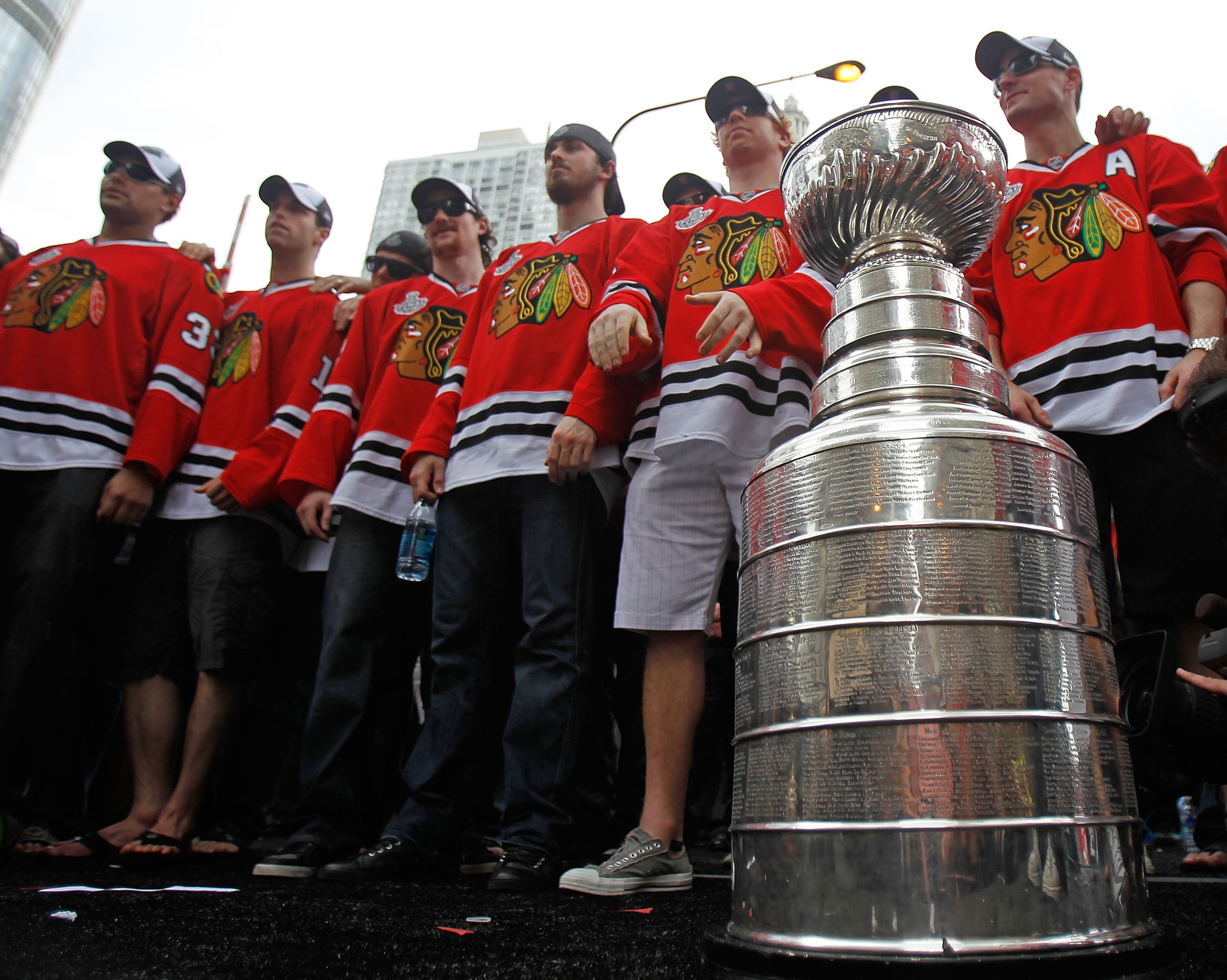 Widely considered the best trophy in sports, the Stanley Cup has so many one-of-a-kind details that it's difficult to make a case against it.

Yes, other trophies might be bigger, more expensive or even wearable, but what can top the regal-and-unforgettable history that is the Stanley Cup?

To follow is my list of 10 reasons why the Stanley Cup, hockey's Holy Grail, is the trophy of all trophies in sports. The accompanying photos will be a countdown of the last 10 Stanley Cup champions, starting with the Blackhawks, the 2010 champions.

Only One Stanley Cup 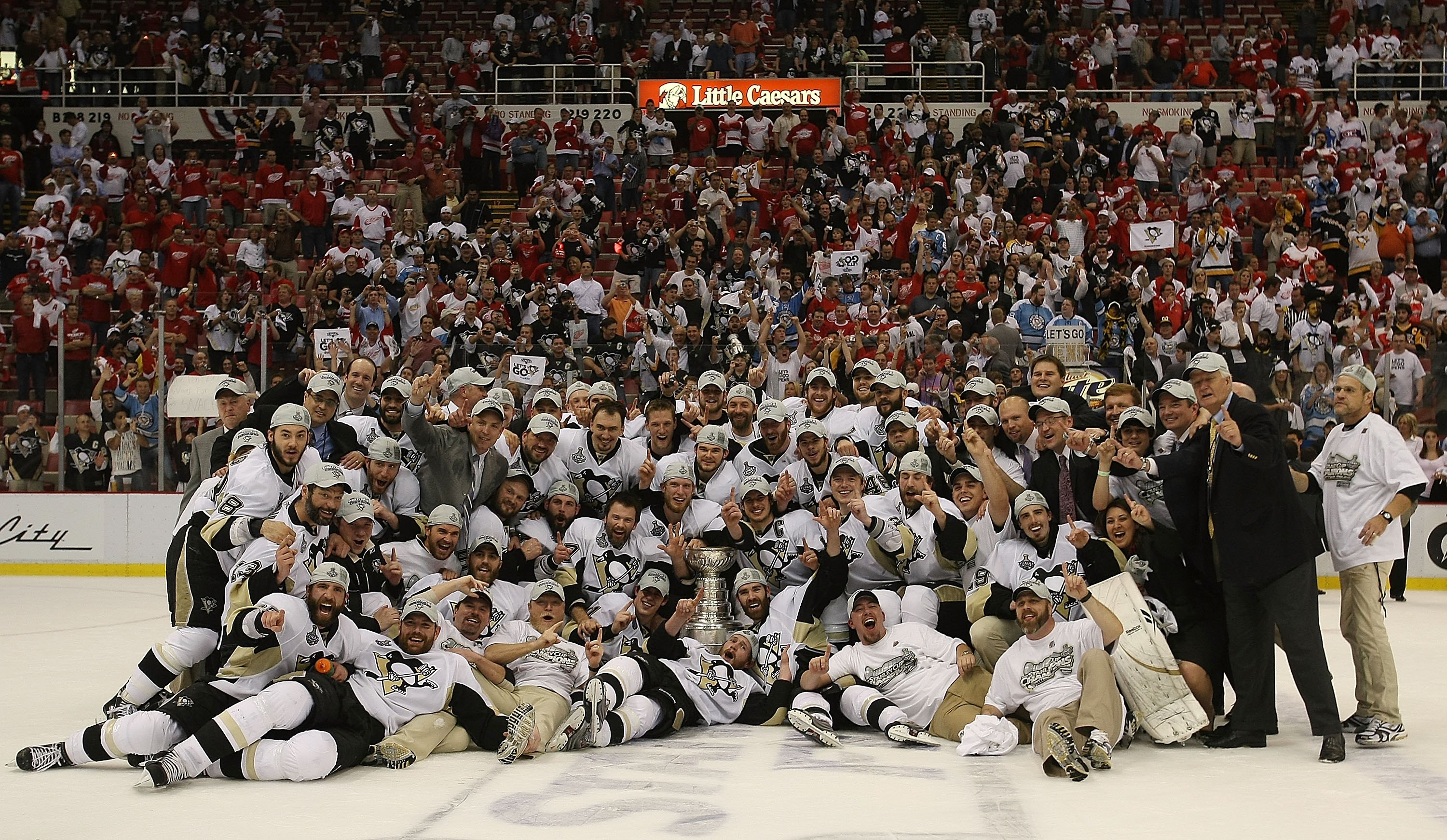 There is only one Stanley Cup that is currently in use, which means that, unlike most other sports, a new trophy is not crafted each and every year.

The Stanley Cup that is passed from one year's champions to the next not only brings with it triumph, but the history of all past winners.

The Stanley Cup champions are also rewarded with championship rings, however, there is only one Stanley Cup trophy, and the time that the player spends with the trophy is absolutely unforgettable and an important right of passage to becoming champions. 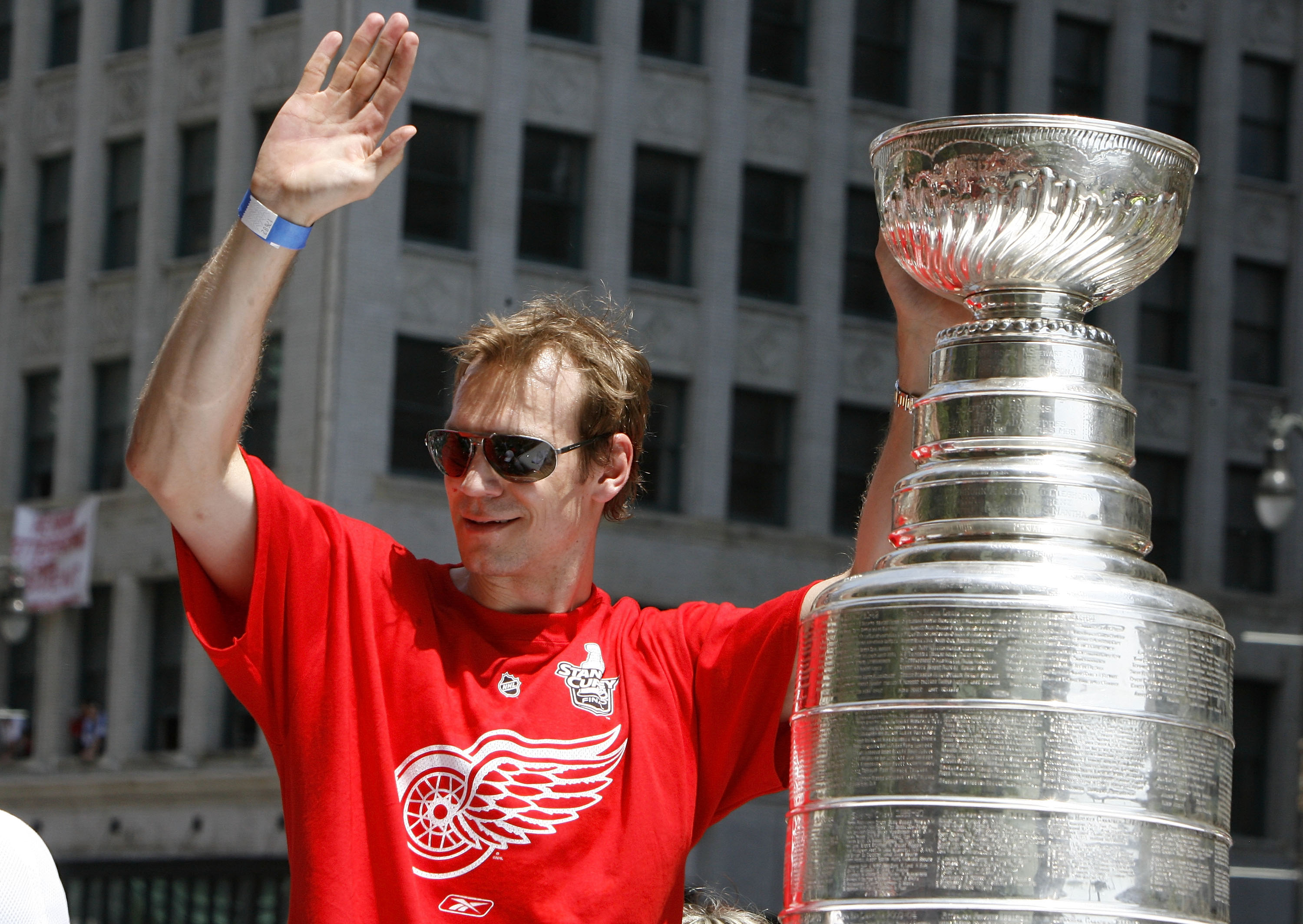 Find me one other trophy that records all of the past winners on the trophy directly. You can't? Of course not, only the Stanley Cup does this.

This is arguably one of the strongest reasons for why the Stanley Cup is one of the best, if not the best trophy in sports.

Every winning team, along with the coaches and staff members, have their names engraved on Lord Stanley. Aside from hoisting the Stanley Cup, having your name engraved on one of its rings forever has to be one of the most unique practices in sport celebrations. 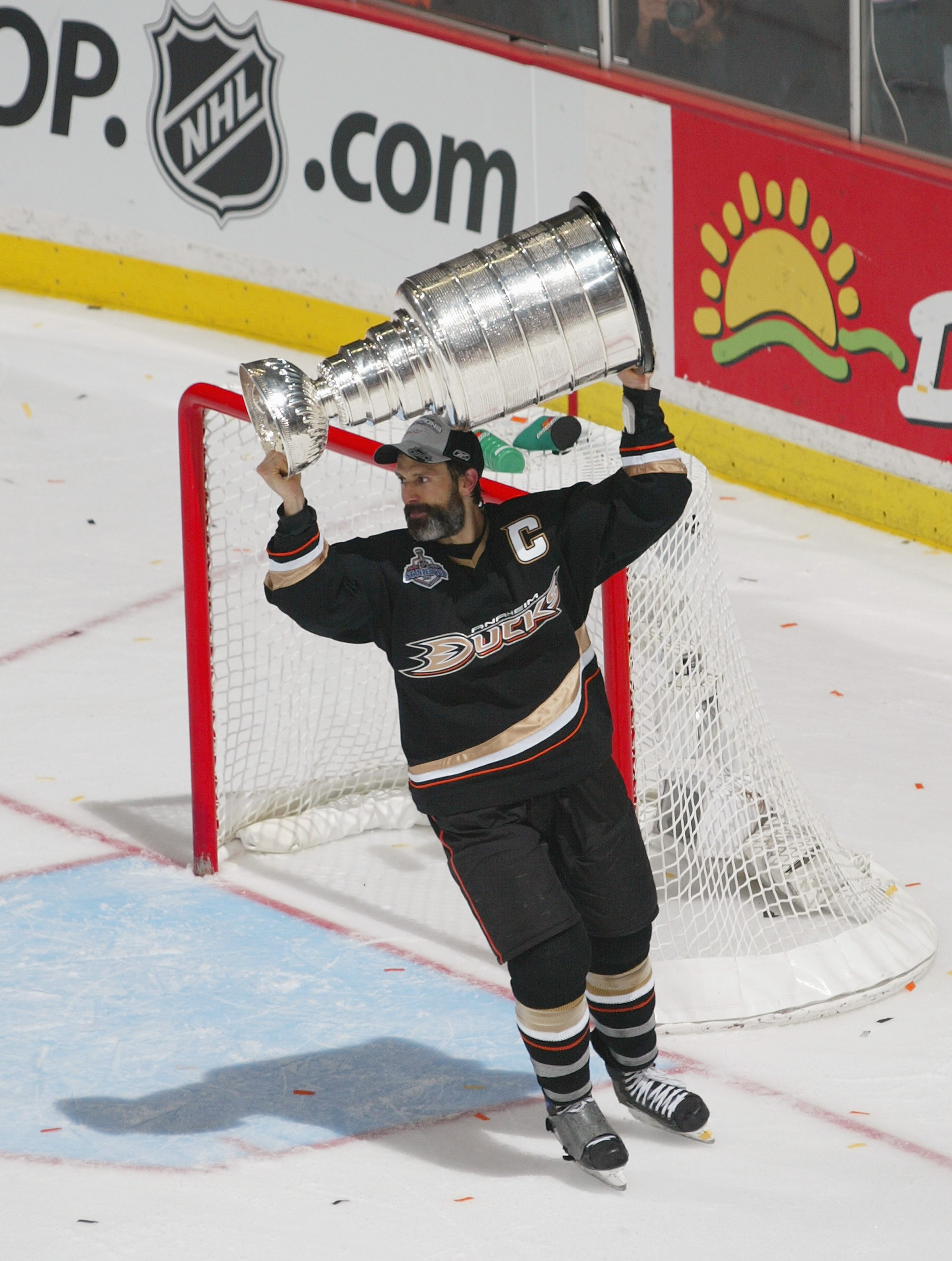 The Stanley Cup has in fact been around much longer than the NHL itself, considering it was used first in 1893, and the NHL's inaugural season was in 1917-1918.

When the Cup was first presented as a prize for the best amateur hockey team, all of the rules that Lord Stanley set are still in effect today. Some rules included that it be a competition trophy, meaning it passed from winner to winner, and the requirement of engraving the winning teams' names in it. 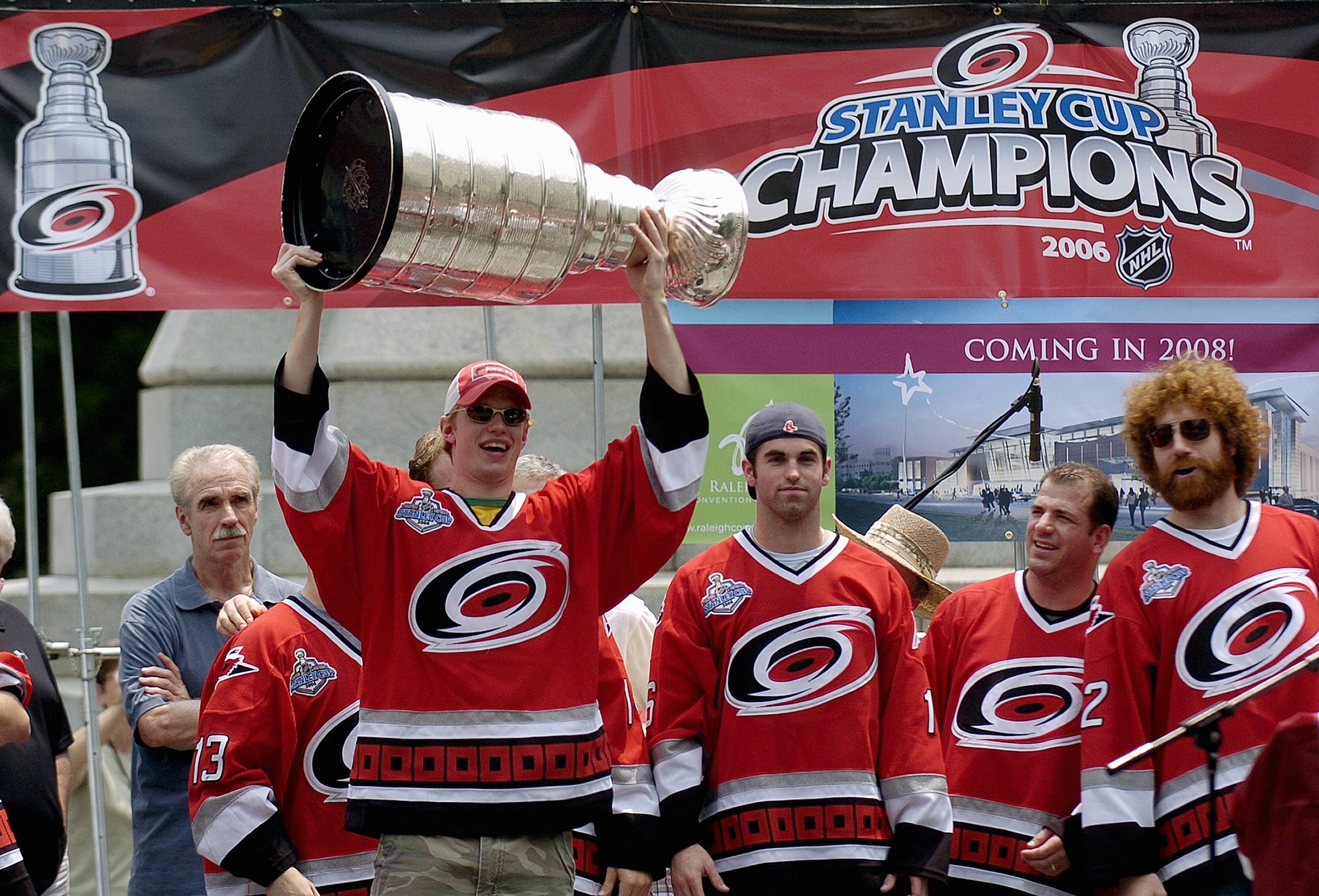 Even if other trophies allow each player to have a day to do with it as they please, the Stanley Cup is the one, and only one, that is passed team to team and as well as within the team.

Players have had children baptized in the Cup, they have kissed it, they have drank out of it and they have taken it to their favorite places or restaurants.

Since only one trophy is being passed, it makes the players' and staff members' day with Stanley that much more magical. 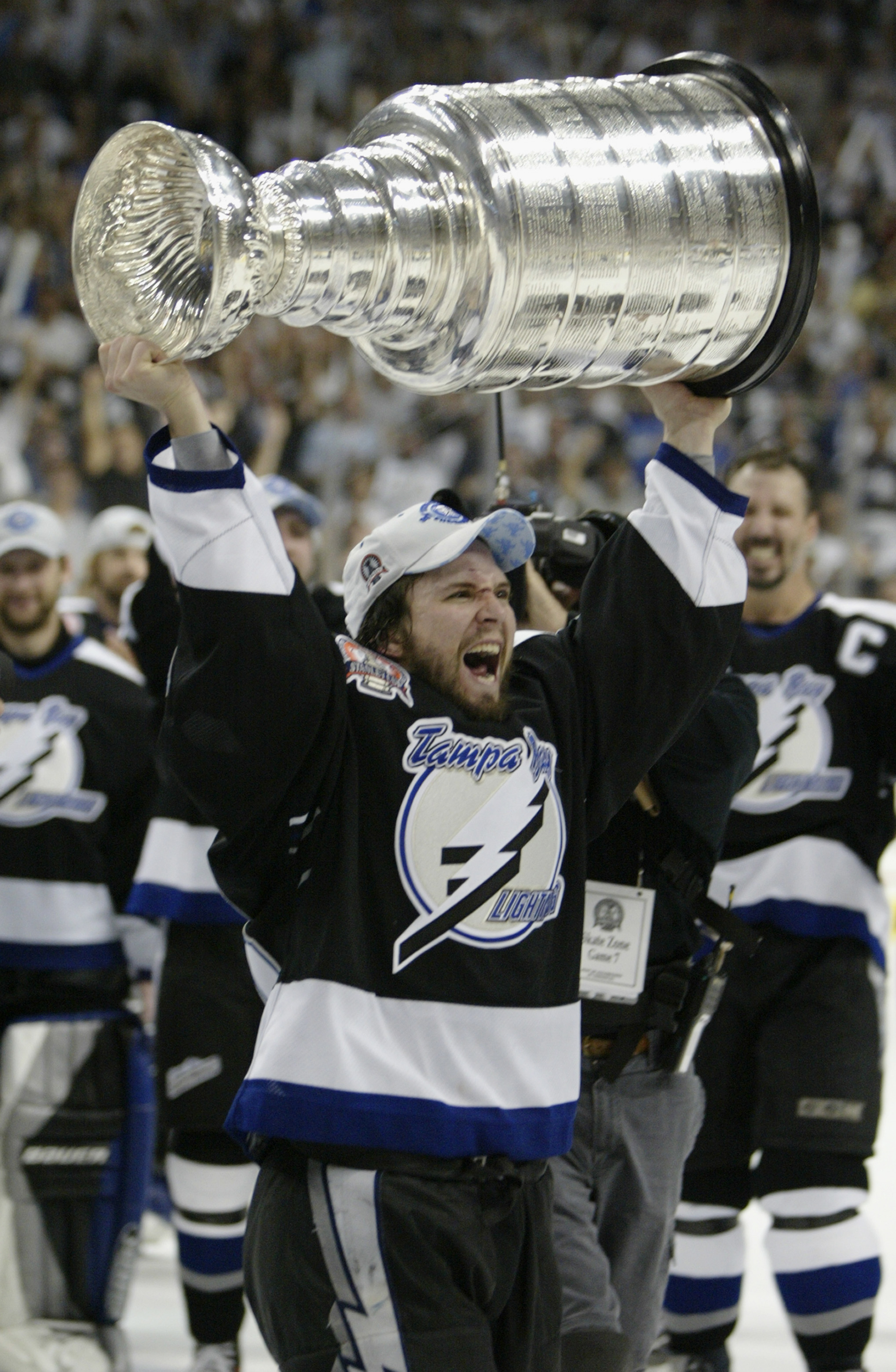 Lord Stanley was appointed by Queen Victoria as the sixth Governor of Canada in 1888 and quickly became a hockey fan. Once both of his sons began playing ice hockey, Lord Stanley himself ended up getting involved.

Lord Stanley helped form the Ontario Hockey Association and was eventually convinced by his sons to donate a trophy. Thus, the Stanley Cup was born and presented.

The Cup was originally donated as a trophy for the best team in the amateur hockey league, but was eventually transitioned to be the ultimate prize in the National Hockey League.

Presented Immediately After the Win 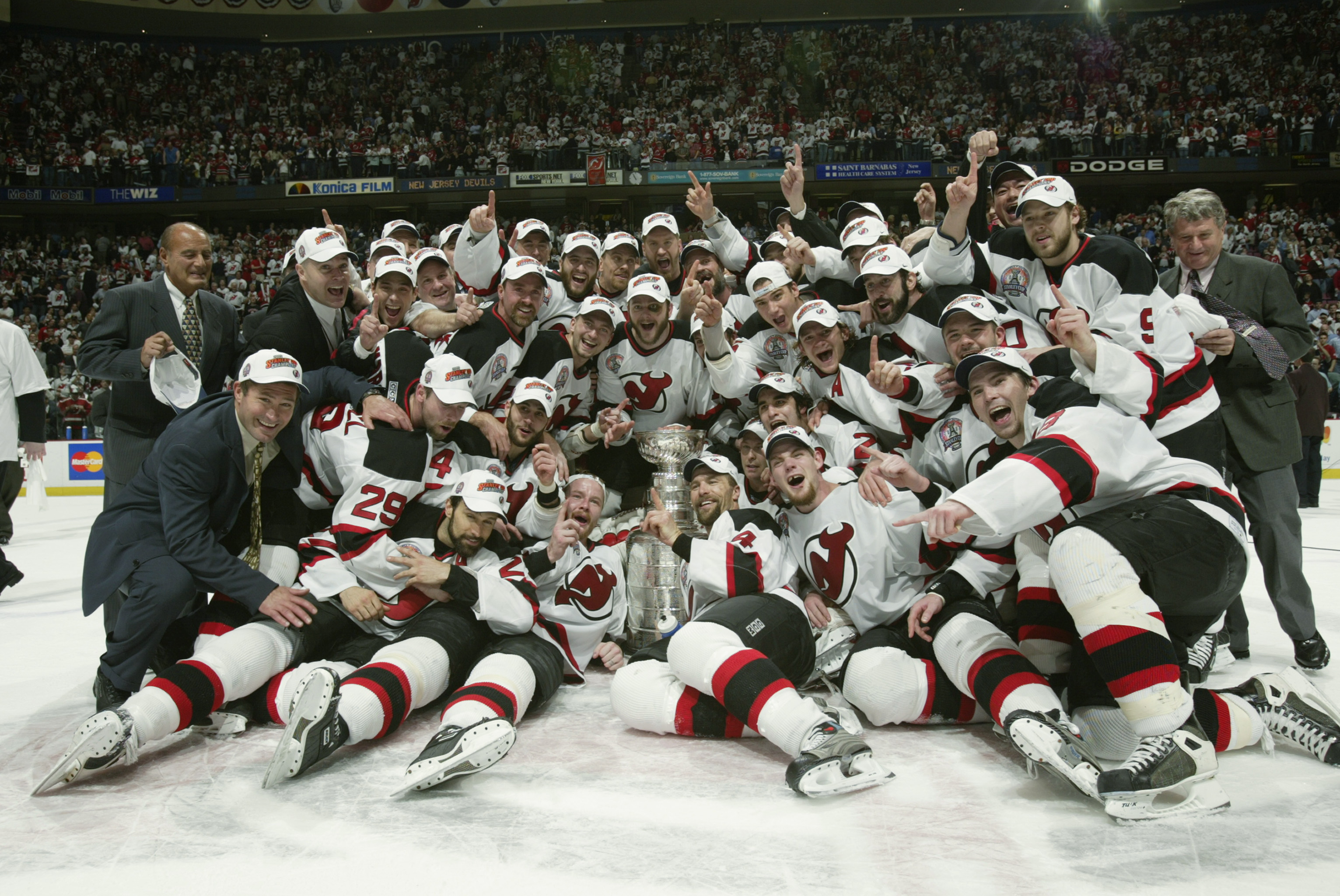 In other sports, the champions are presented with the trophies in a ceremony, often later, after celebrations ensue. Not in hockey. In the NHL, the Cup is presented to the winning team fresh off the victory, no time to even remove skates.

The Cup is given to the winning team's captain, so there's no need for the Gatorade shower or any need to change clothes or any other gimmick.

Hockey does it right. The players are left in their jerseys, skates and beards for the memorable presentation of Lord Stanley. 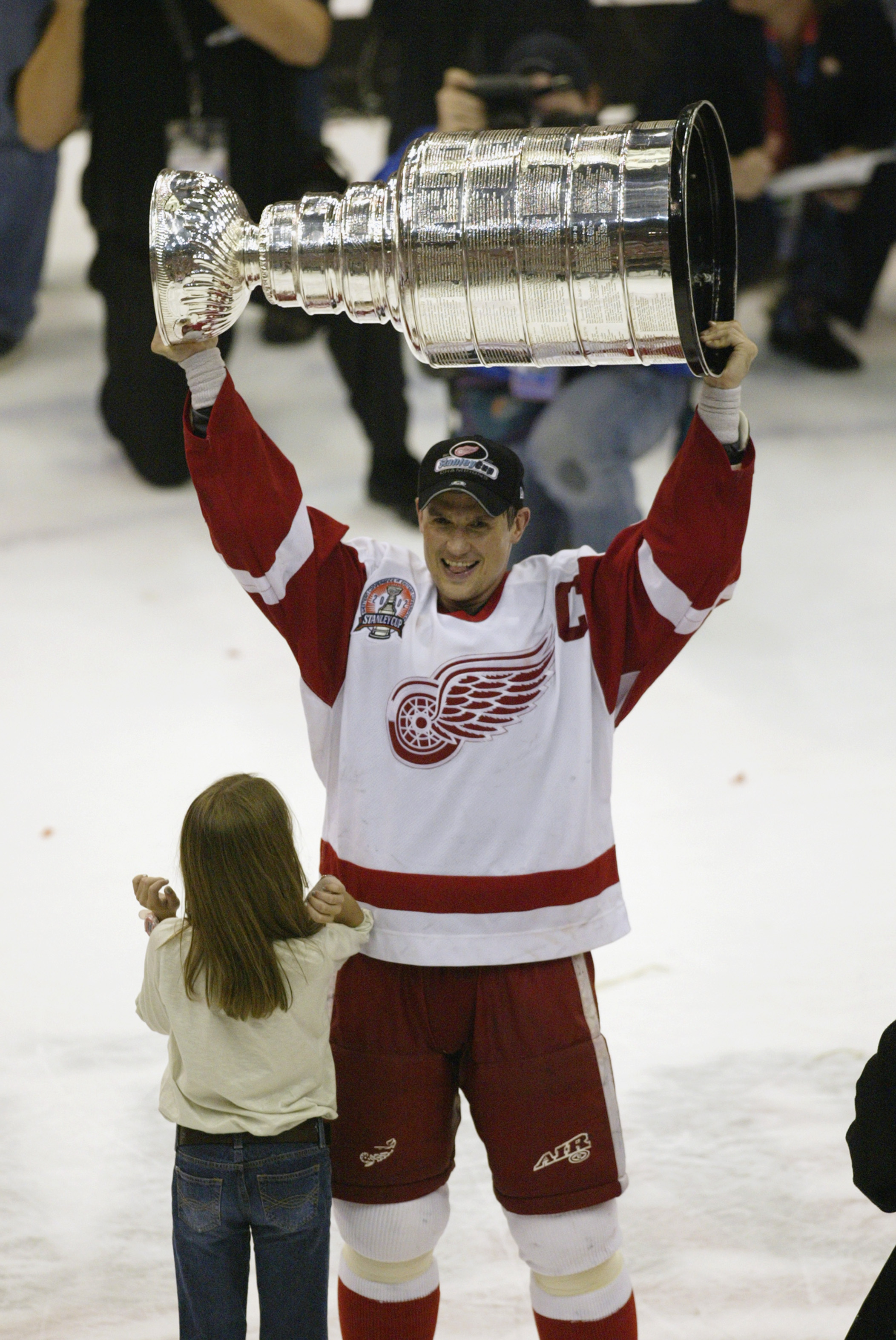 Pull 10 strangers off of the street, show them a picture of the Stanley Cup, and I bet at least seven or eight would be able to tell you what the trophy is or what sport it is associated with.

Most other trophies, aside from the green jacket given to the Master's winner and the Olympic gold medal, are not nearly as iconic as the Stanley Cup.

For a sport that has struggled through criticism regarding aggression and fought through a lockout, the Stanley Cup has always been hockey's shining beacon of light.

Most Difficult to Win 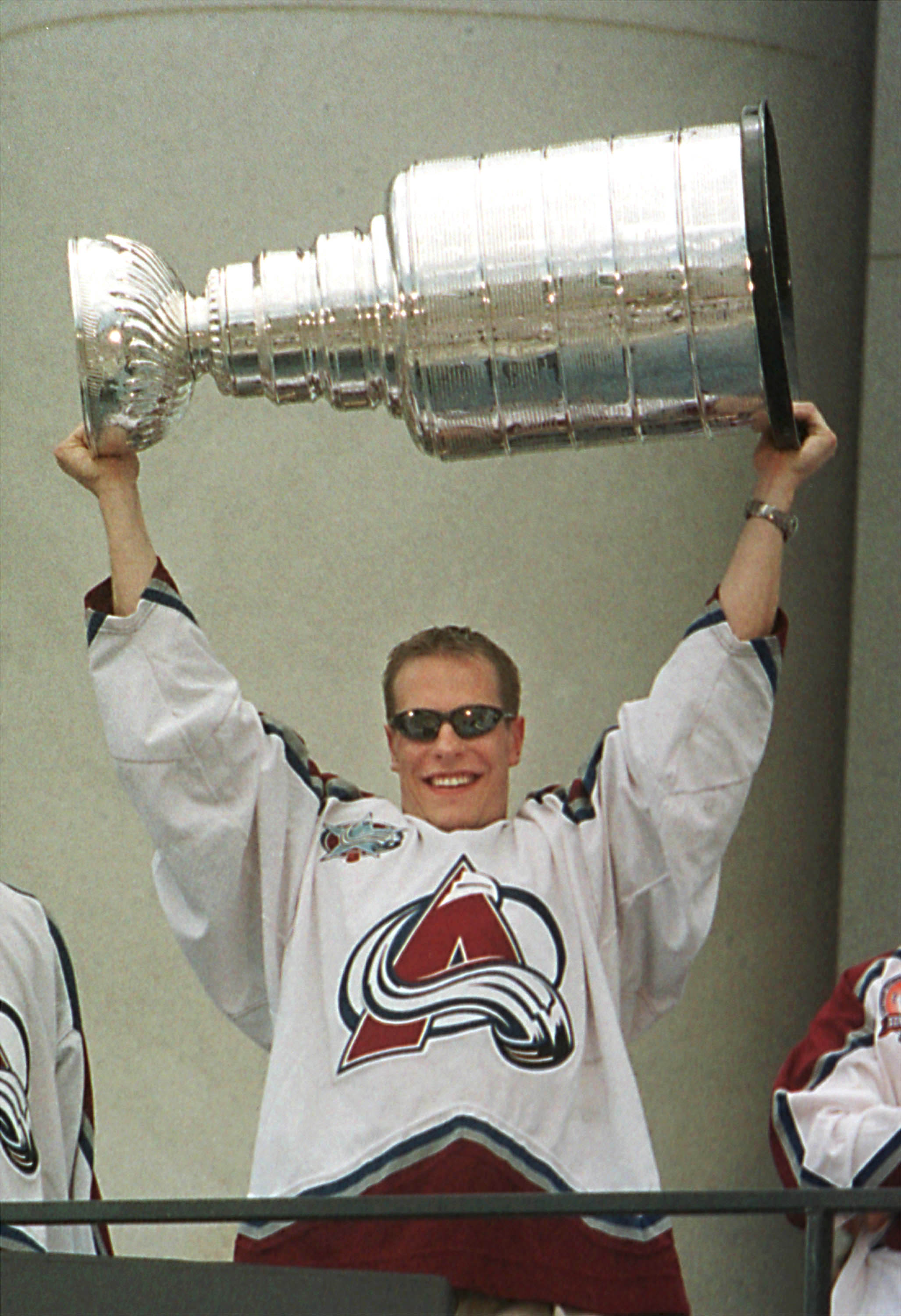 Let's get one thing straight. I am not saying that hockey is the only physically demanding sport. I am well aware that it is in good company with other sports, however, allow me to explain.

When a regular season alone is 82 games long and a postseason can last for up to seven games in each round, hockey is not for the weak, either physically or mentally.

Both the regular and postseasons are exhausting, and when you add one after another, it's a long year for the NHL players, especially the champions who last until that final championship game and still find the energy to triumph.

Size of the Cup 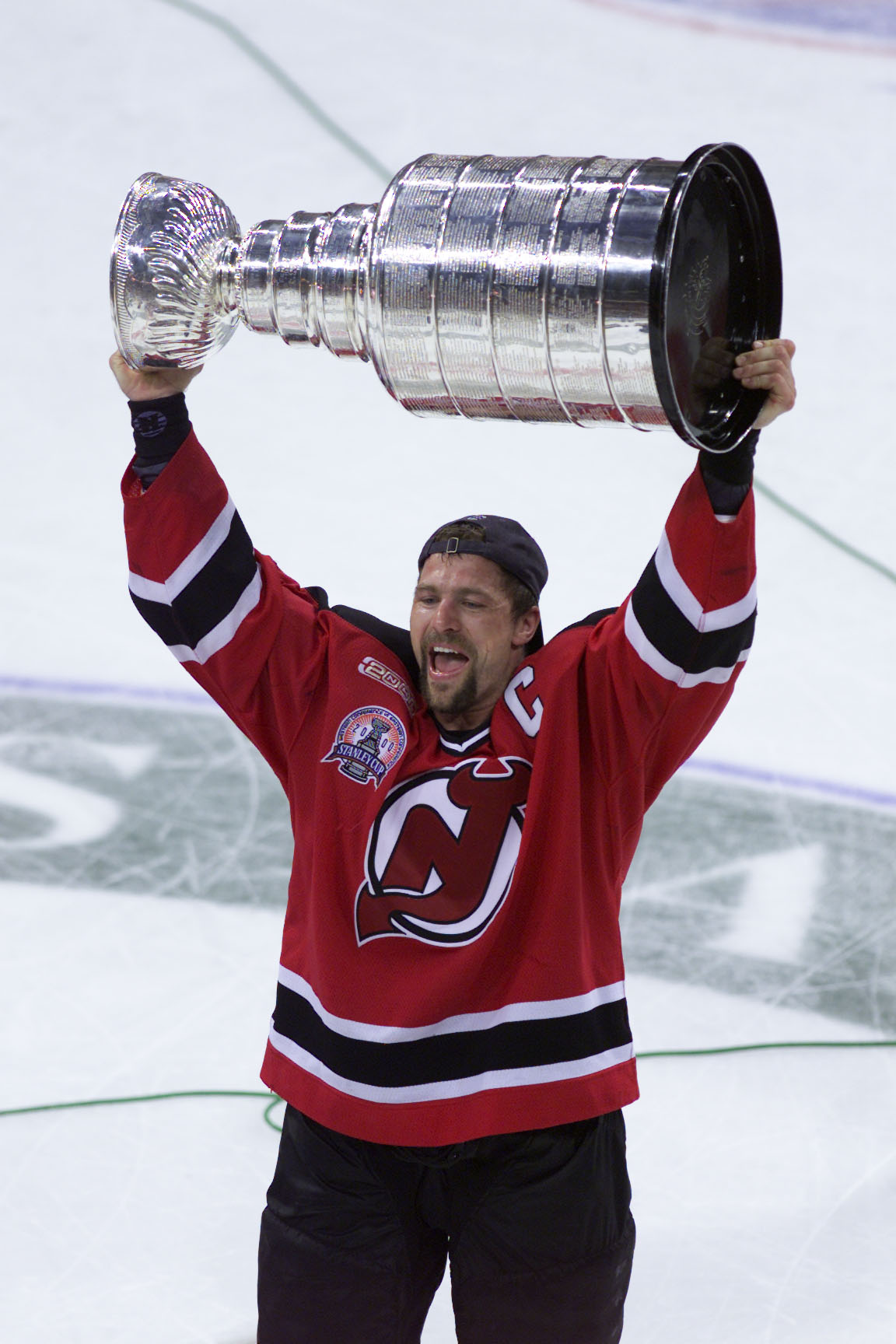 As amazing and memorable as Olympic medals are, unless you earn a large number of them, they are still lacking in the size department. And you know what some people say: bigger is sometimes better. Why else would first-place trophies usually be bigger than third or fourth-place trophies?

It has been said Stanley weighs almost 35 pounds, except when you lift it over your head. Standing an impressive 35.25 inches tall, this beauty of a trophy demands attention when it is in a room.

Only Two Years Have Passed Without the Cup 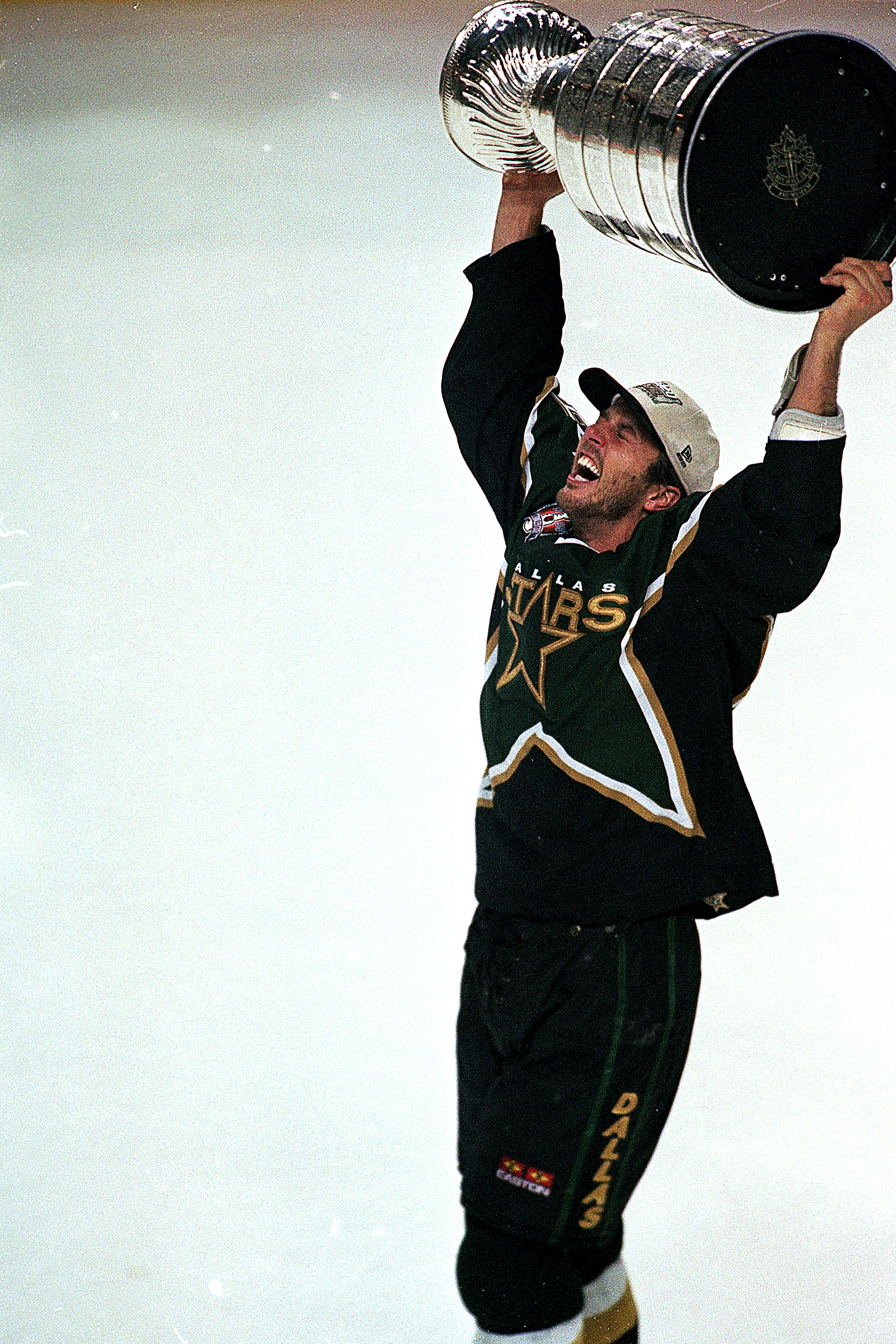 For such a momentous event, like presenting the Stanley Cup to the champions, it would have to take a disaster to prevent it from happening. Events of this caliber have only happened twice in the history of the Stanley Cup.

The first time was in 1919, which was a year without Stanley because of the dangers of the Spanish Flu Epidemic. The second, and only other, time was in 2005 after the 2004-2005 NHL lockout.

When only two years have passed without the presentation of the Cup, it's clearly an important and unique trophy, and arguably the best in sports.