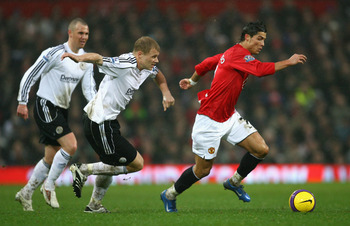 They could not catch him even after a head start...Alex Livesey/Getty Images

The F.A. Premier League is the pinnacle of English Football.

This is where the best teams play each other week after week in front of an audience of millions. At the very top, the likes of Manchester United, Chelsea, Arsenal and Manchester City fight for the title.

However, there is also the very bottom. The lowest of the low.

The nightmare of being trapped in the relegation zone. The terror of playing Manchester United at Old Trafford knowing your team is on bad losing streak.

The Detroit Lions of the NFL think they have it bad. Check out these teams as they suffered the ultimate season of disaster...

In 1999, Bradford City reached the top league in English football for the first time in 77 years. They defied the critics by managing to survive their first season in the EPL. The club provided a shock on the last day by beating Liverpool at home 1-0 which prevented Liverpool from claiming a place in the UEFA Champions League.

Manager Paul Jewell left the club shortly before the start of the 2000-01 season. Unfortunately this would be the beginning of a disastrous period for the Yorkshire club.

New manager Chris Hutchinson lasted 12 games as manager before being sacked. His replacement Jim Jefferies could do no better and the club won just 5 matches all season. The club also suffered a dismal 22 defeats.

The club went into decline after relegation and has never recovered. Bradford City now play in League Two, the fourth tier of the English football system.

For Ipswich Town, the club's 1994-95 English Premier League season was defined by the 9-0 defeat suffered at Manchester United on March 4th 1995.

The club never had a good run of form, conceding a massive 92 goals in 42 games. Seven wins came at the expense of 29 defeats. To be fair to Ipswich, the English Premier League consisted of 22 teams in 1994 instead of the current 20.

Towards the end of the season, manager George Burley conceded defeat and would play numerous young reserve teams in order to rebuild a demoralised and lackluster team.

And rebuild George Burley would.

In five years Ipswich Town would be back in the Premier League. The club would finish a terrific 5th on their return and narrowly missed out on a UEFA Champions League place. The club were relegated back to the English Championship after the 2001-02 EPL season where they still remain. 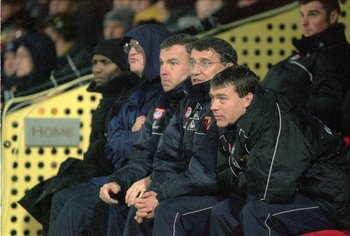 Watford FC managed successive promotions from the old English Second Division to the English Premier League in time for the 1999-2000 season.

Watford struggled from the start because manager Graham Taylor was unable to find players that could improve the team which had been promoted. The serious lack of depth within the squad showed. The club managed to beat Liverpool and Chelsea at the start of the season but could only manage a further three wins during the rest of the year.

The club went on to lose 26 matches and ended with the lowest points total in EPL history at the time. Although it was widely predicted that Watford would return the next season, the club struggled to fight back.

Watford were promoted back to the EPL during 2006-07, although they were relegated once more after only one season. 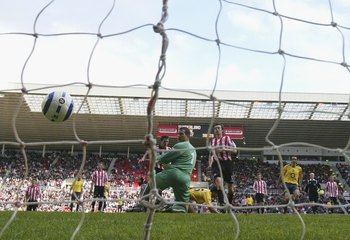 After promotion back to the top tier in 2002, Sunderland started brightly and looked relatively at ease within top flight football.

Unfortunately, they would suffer a run of 15 consecutive defeats at the end of the season. Behind-the-scenes problems did not help with the club sacking two managers. The club was relegated with a then record Premier League points total of 19.

But Sunderland proved that records are there to be broken. And they broke their own record lowest points total in the 2005-06 EPL season. The Sunderland fans were forced to endure an entire season without a win at home until the very final home match when they won 2-1. The club also suffered a deflating 29 defeats.

In recent times Sunderland have been playing in the EPL since the 2007-08 season.

Sunderland A.F.C. probably thought they would be remembered as the worst English Premier League team of all time, however...

As a Derby County fan myself, this season was incredibly painful to endure.

The club were promoted via the playoffs after a rip roaring season in the Championship division below. The season opened with a respectable 2-2 draw at home to Portsmouth. But that was as respectable as it got...

What followed was total disaster. One solitary win. Eight Draws. A staggering 29 defeats. Derby County scored 20 goals and conceded 89 with a final goal difference of minus 69.

Most teams fight against relegation in the months of April and May. Derby County were relegated on 29th March 2008. They still remain the first and only team to date to be relegated during the month of March.

Visiting teams did not even try towards the end. They would shoot from the half way line and score. The above video at 2.00 minutes was probably the lowest point of any team's Premier League season.

It got so bad that the Derby County fans would pretend that the team had scored a goal so they could celebrate something.

Sadly, and to my everlasting regret, the club is now the benchmark for the worst standard of English Premier League football.