Dale Earnhardt Jr.: 10 Goals That Will Make This Season a Success 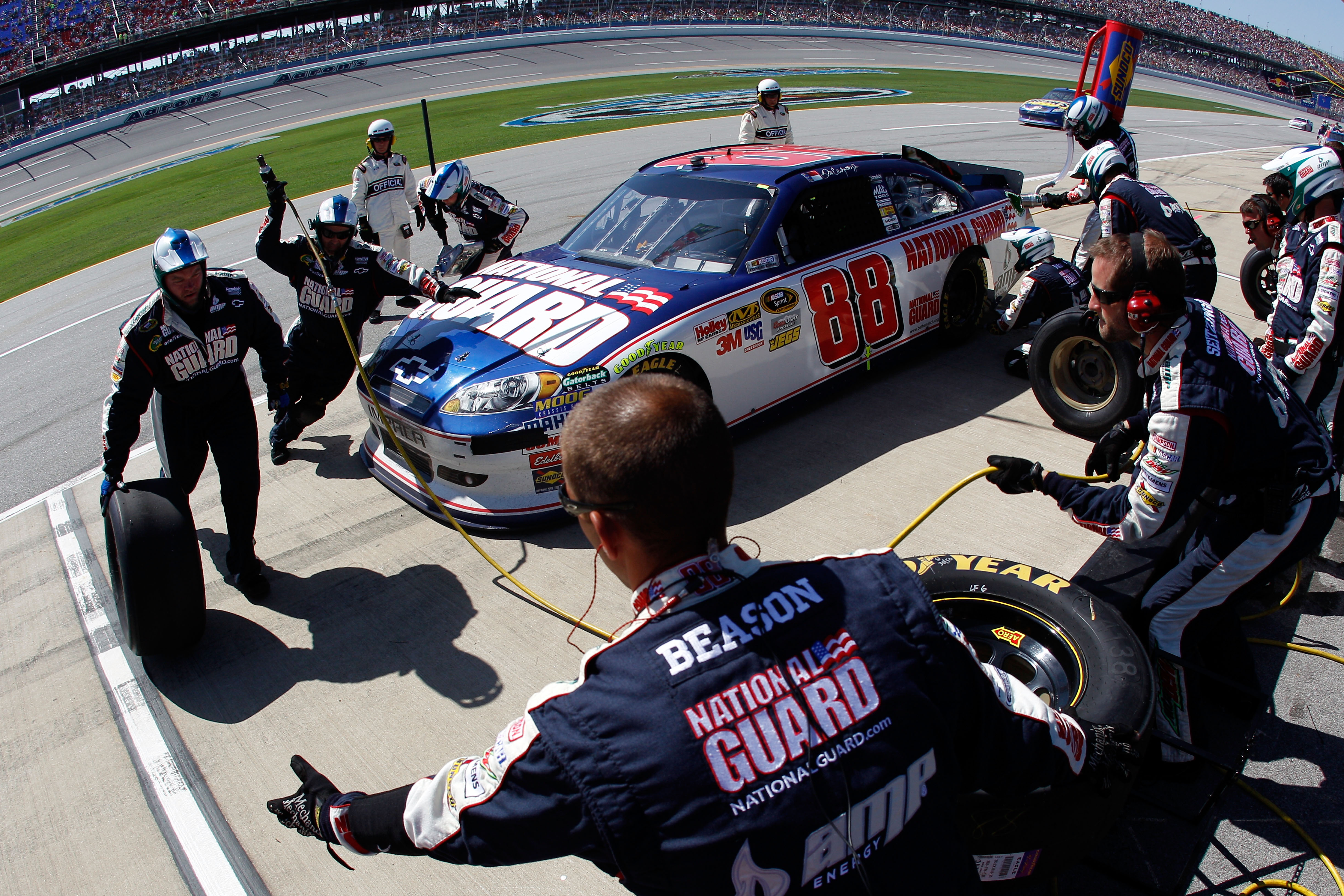 Dale Earnhardt Jr. is in the midst of a modest career renaissance. Through the first quarter or so of the 2011 Sprint Cup Series season, Junior has gone from an uber-popular mid-pack driver suffering from the "curse of the last Hendrick Motorsports car" to an ever-present contender attempting to sniff out his first victory in over 100 races. He's leading laps, finishing well, and inspiring optimism around the sport for his first Chase for the Sprint Cup appearance since 2008.

This year has the potential to be great for the No. 88 team, but it's only April, and lasting success is all but certain. Remember how Matt Kenseth fell out of Chase contention in 2009 after winning the season's first two races? Junior and his team are going to have to achieve certain goals to call this season a success at the Awards Banquet at the end of the year. They're well on their way to achieving some of those goals. Some are going to be far more difficult to attain.

So what does Driver 88 have to do to make this season a memorable one, and what's already been accomplished? Read on, noble Junior fan. 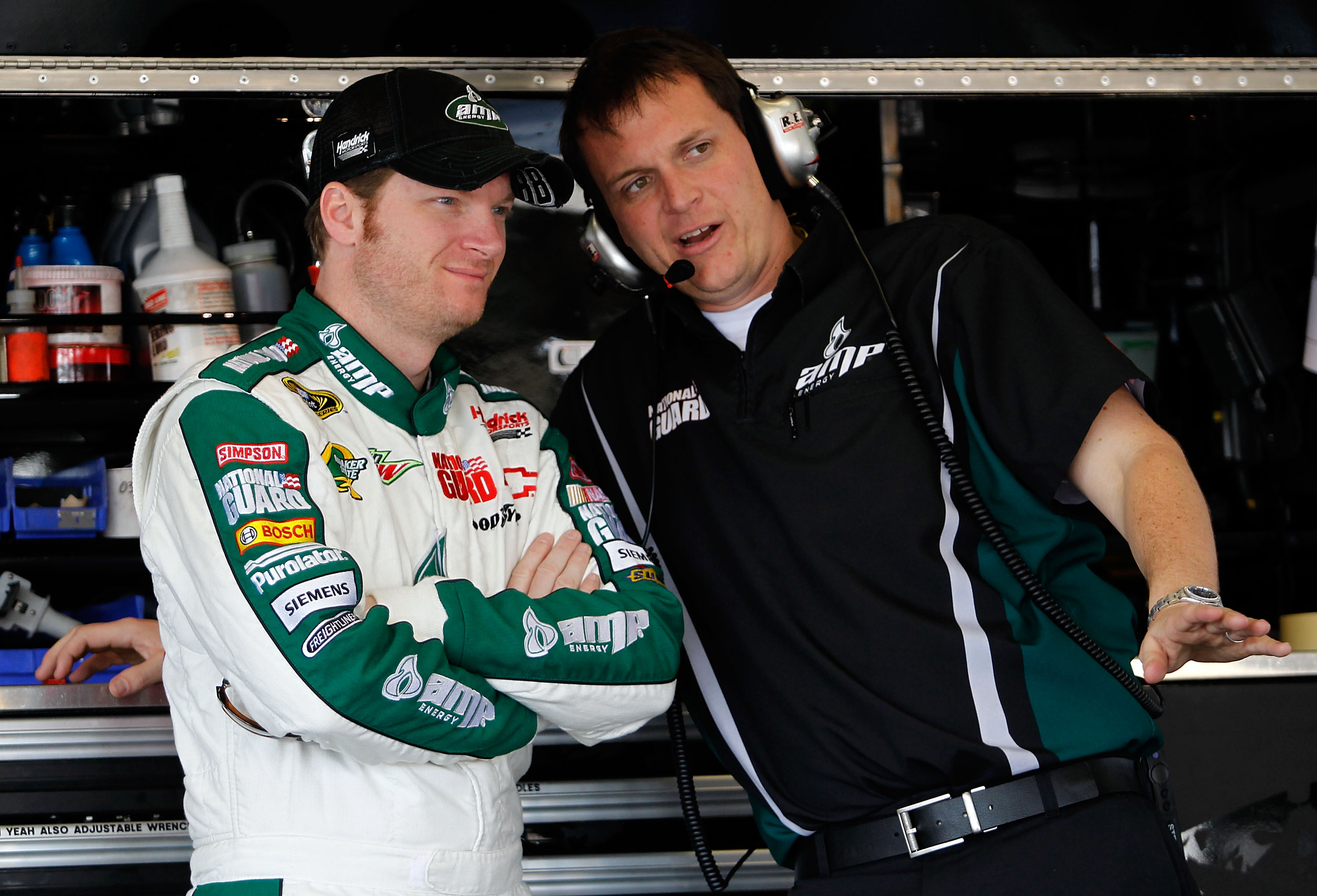 Check, so far. That word "lasting" is an important caveat, but things have certainly picked up since Earnhardt Jr. and the No. 88 livery shifted into Letarte's shop in the offseason. It was Rick Hendrick's last gasp to make Junior competitive in a Hendrick car, and so far it's working. Letarte was often the punching bag for Jeff Gordon fans the past few seasons, but he still would have been a championship-winning crew chief in 2004 and 2007 if not for the Chase's existence. The key is, as always, developing chemistry on par with some of the great driver-crew chief pairings over an extended period of time. 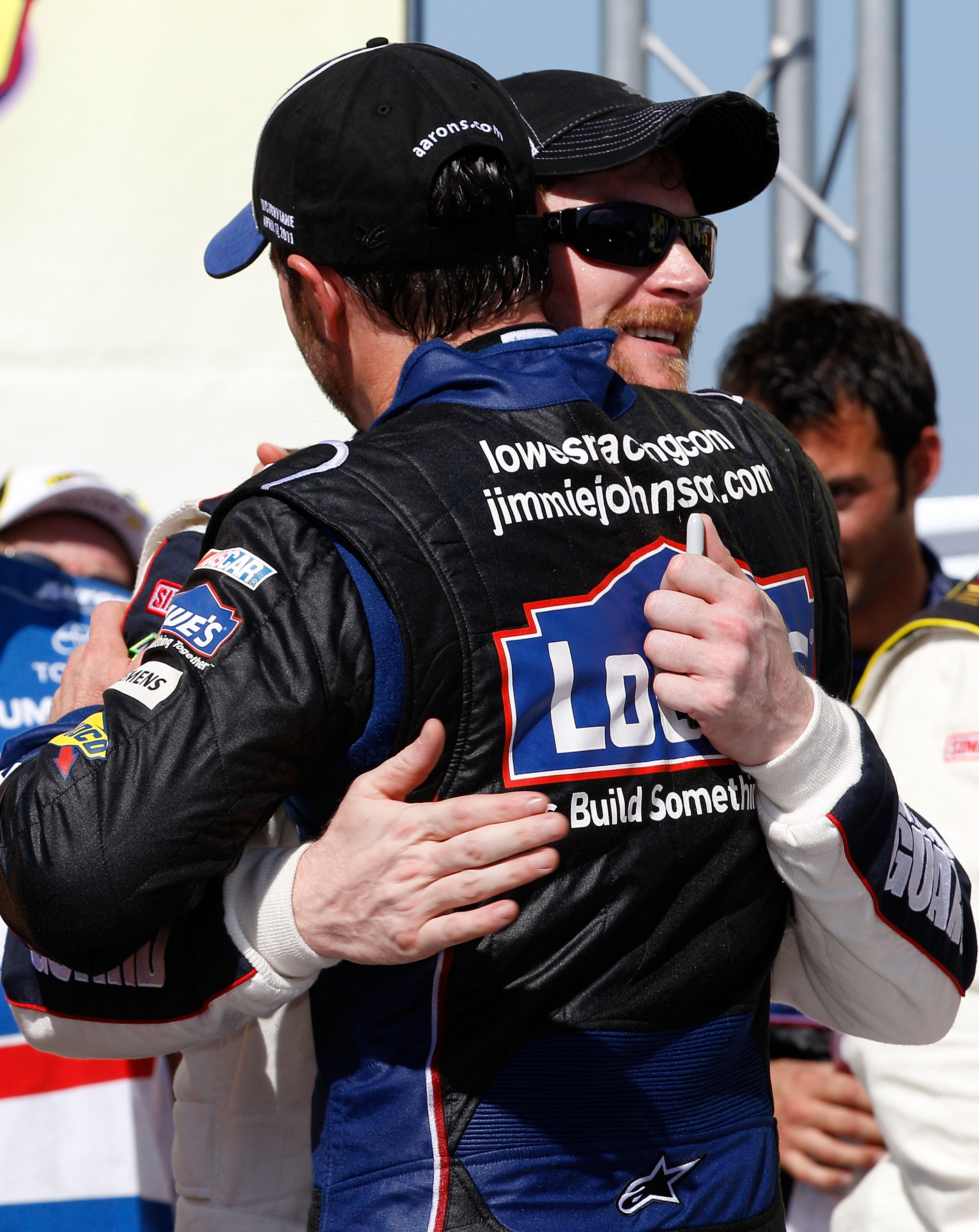 Check. Earnhardt Jr.'s pushing got Johnson across the line first at Talladega, and basically won the race. Johnson, out of gratitude, gave Junior the checkered flag. When two teammates work that well together—especially when one is the five-time defending Sprint Cup champion—it's only going to help both of them in the long run. Access to Chad Knaus' notes is also a plus. 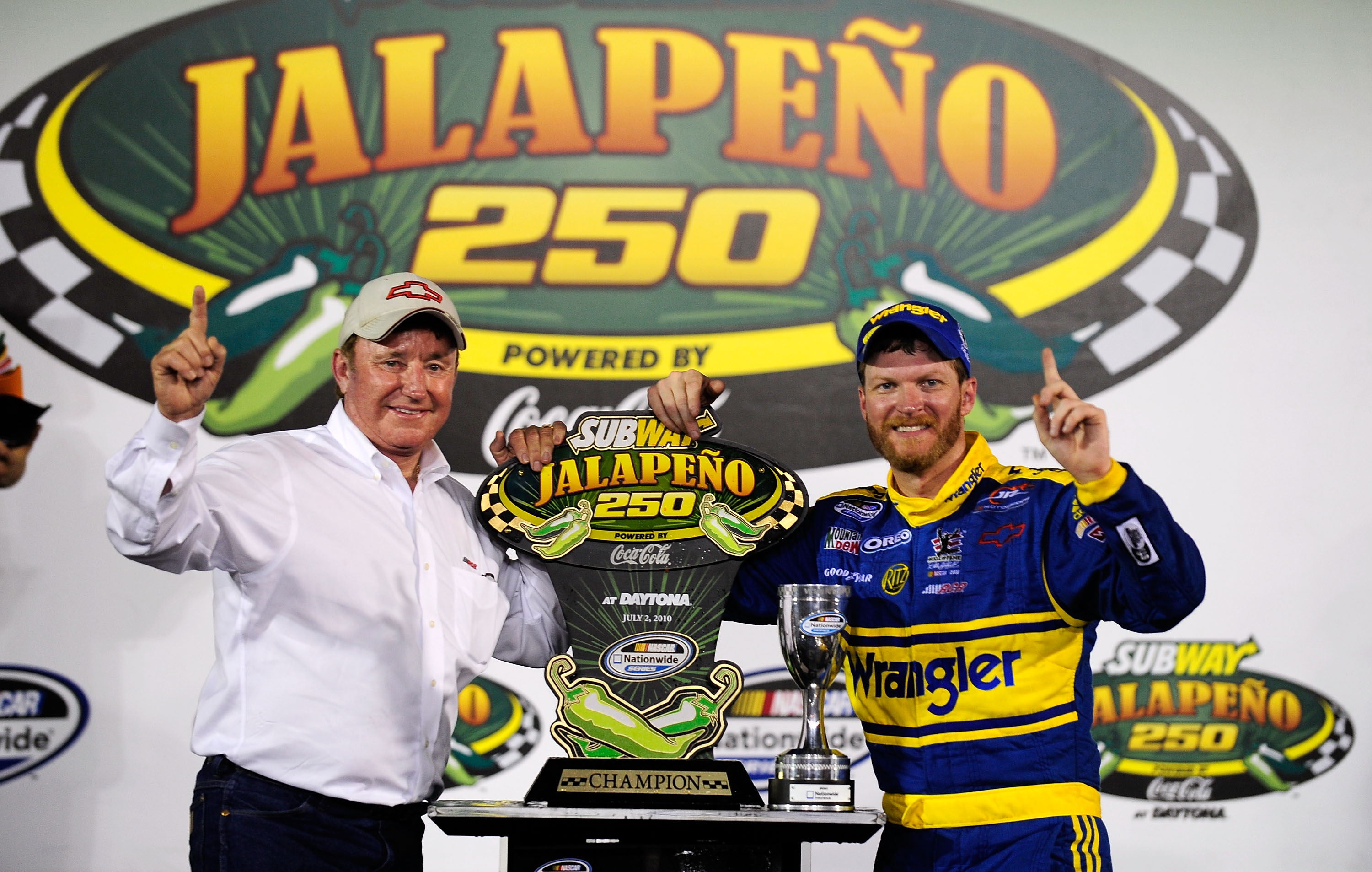 It's been a while, hasn't it? You can't win a championship without winning races. It's been done with two races (Terry Labonte in 1996 comes to mind) and one (Matt Kenseth in 2003, leading to the creation of the Chase), but never with zero. Earnhardt Jr. hasn't won since Michigan in 2008 and that clearly needs to change before he can be viewed as a top-tier driver again, no matter how consistent he's been all year. Nationwide wins are nice, but we all know that's nothing more than a playground. It's time to win on the Cup level.

7. Don't Get Distracted by the Nationwide Program 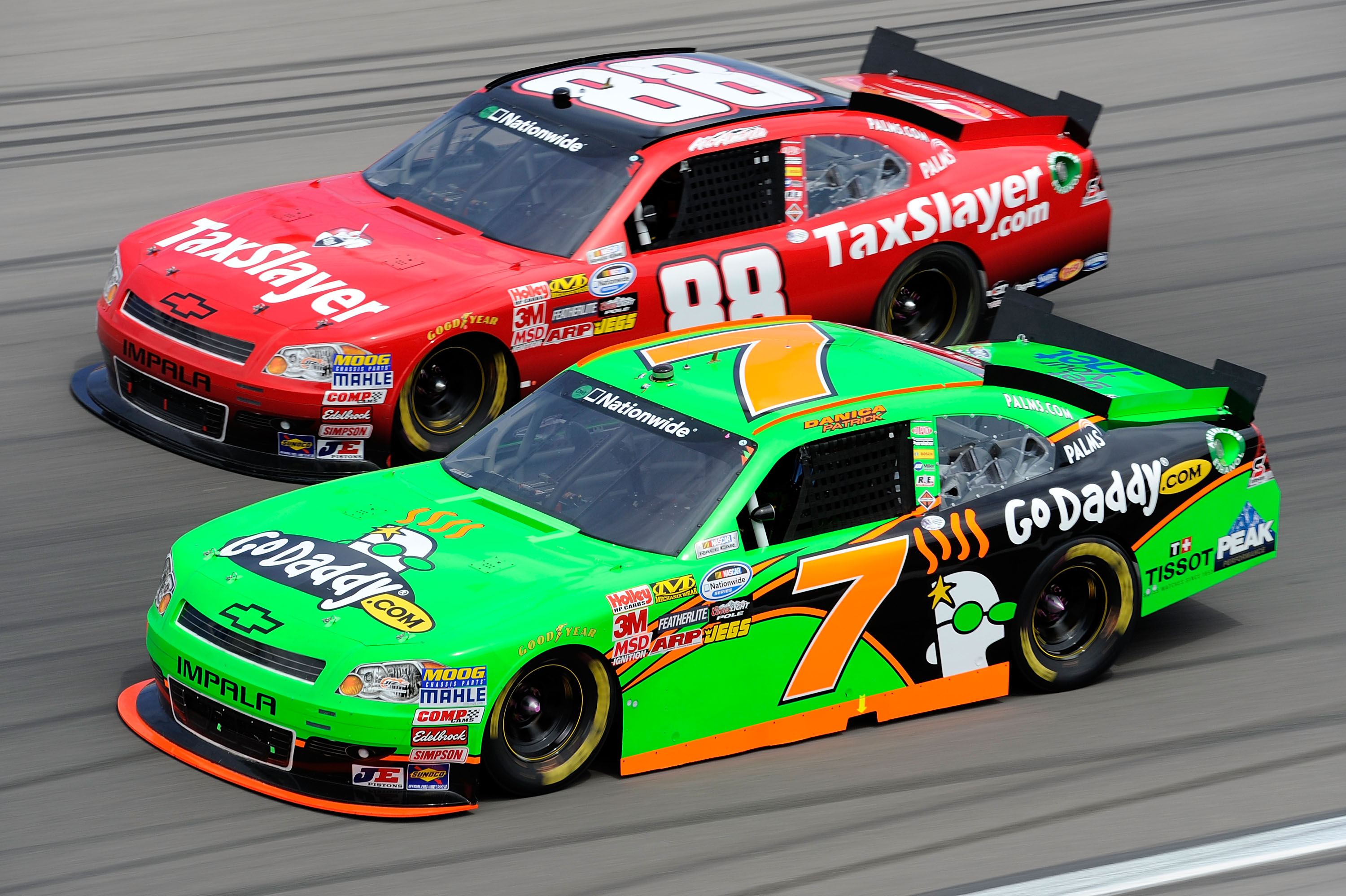 Sure, this could apply to any of many Cup drivers, in multiple senses. Carl Edwards and Brad Keselowski run both full schedules. Kevin Harvick, like Earnhardt Jr., runs his own team. But Harvick mostly employs his Sprint Cup teammates—he doesn't have to deal with the contract wrangling that will likely come this season and offseason from a certain female driver who runs the No. 7 car. If things go poorly on that front, they will be a distraction. 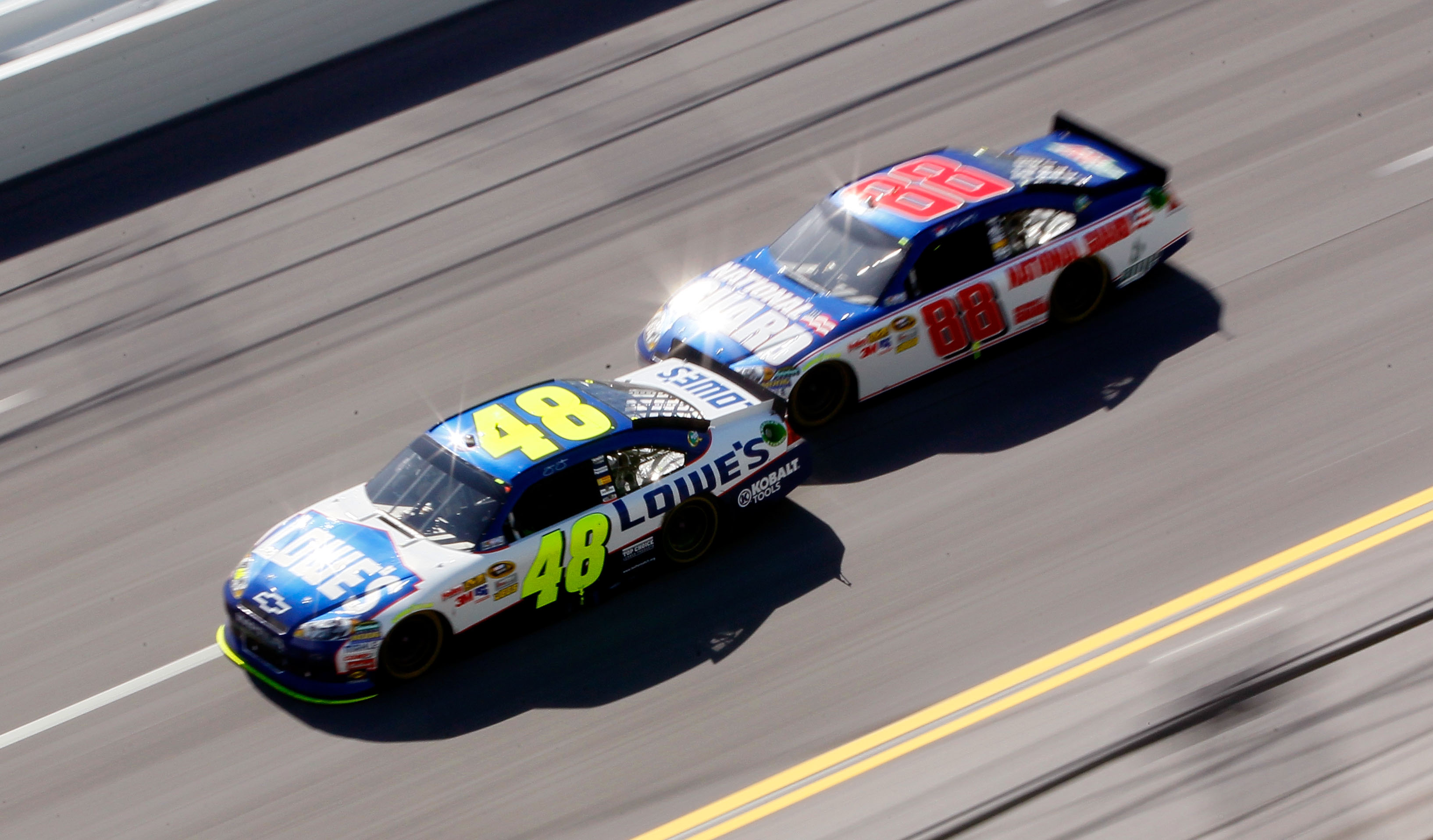 I'm not sure whether Earnhardt Jr.'s plate strength is reflective of him having a strong team elsewhere, or if the plate momentum he gathers helps push the team through the rest of the season. Either way, most fans remember his success with the family team between 2001 and 2003, as he and teammate Michael Waltrip took the majority of Daytona and Talladega wins. Those were some of his best seasons overall, too, with third place in 2003's points a career best to this day. Coincidence? 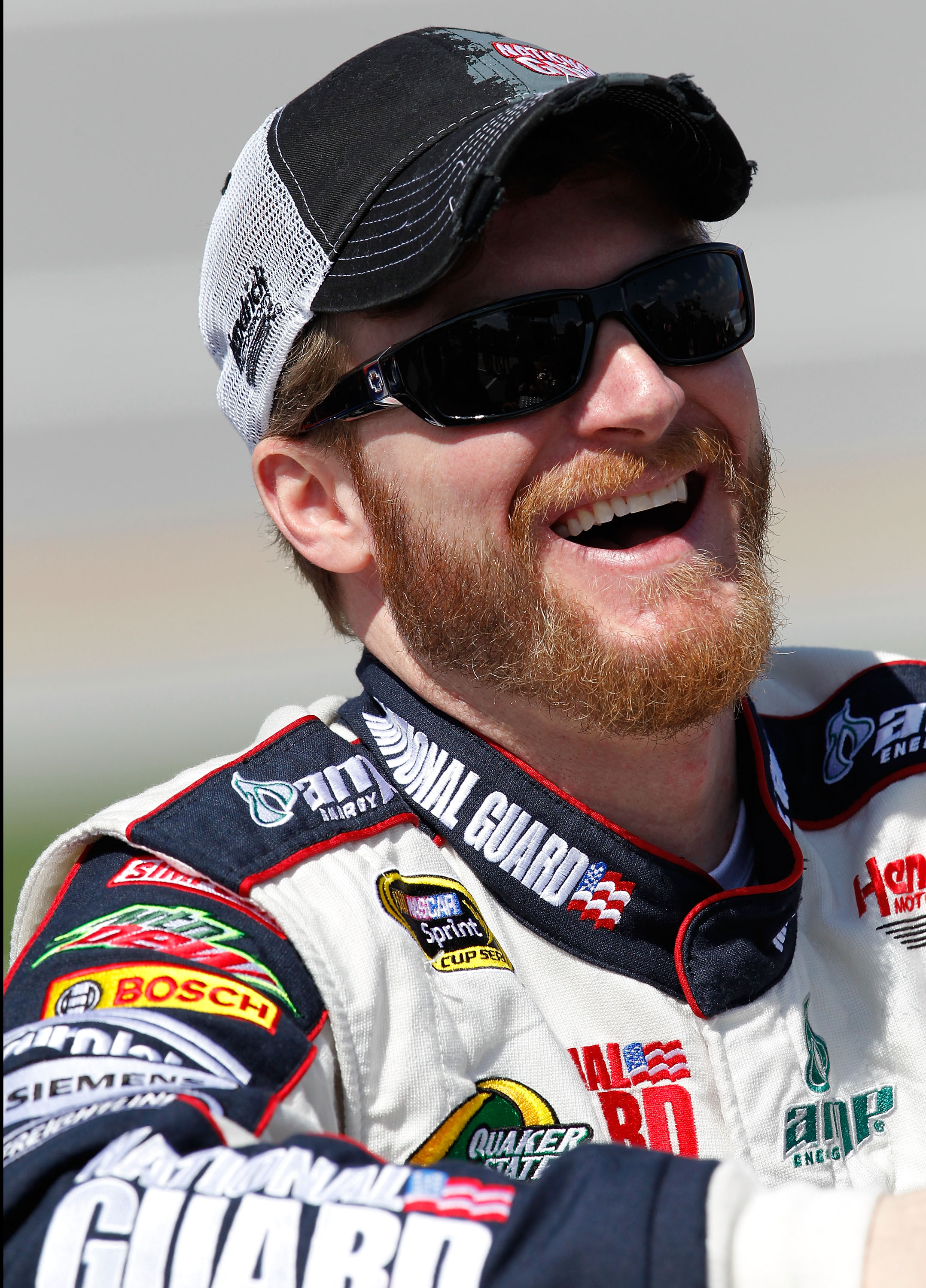 Yes, consistency is still the key to NASCAR, even under the new altered point system. Top 5s and top 10s are still going to keep a driver happy and healthy in the standings. So far, Earnhardt Jr. has rattled off plenty of these solid finishes, with only one run of worse than 12th, and that's what puts him where he is in points. But we're still in April—we have a summer's worth of racing to go. He's going to have to keep it up if he wants to keep smiling. 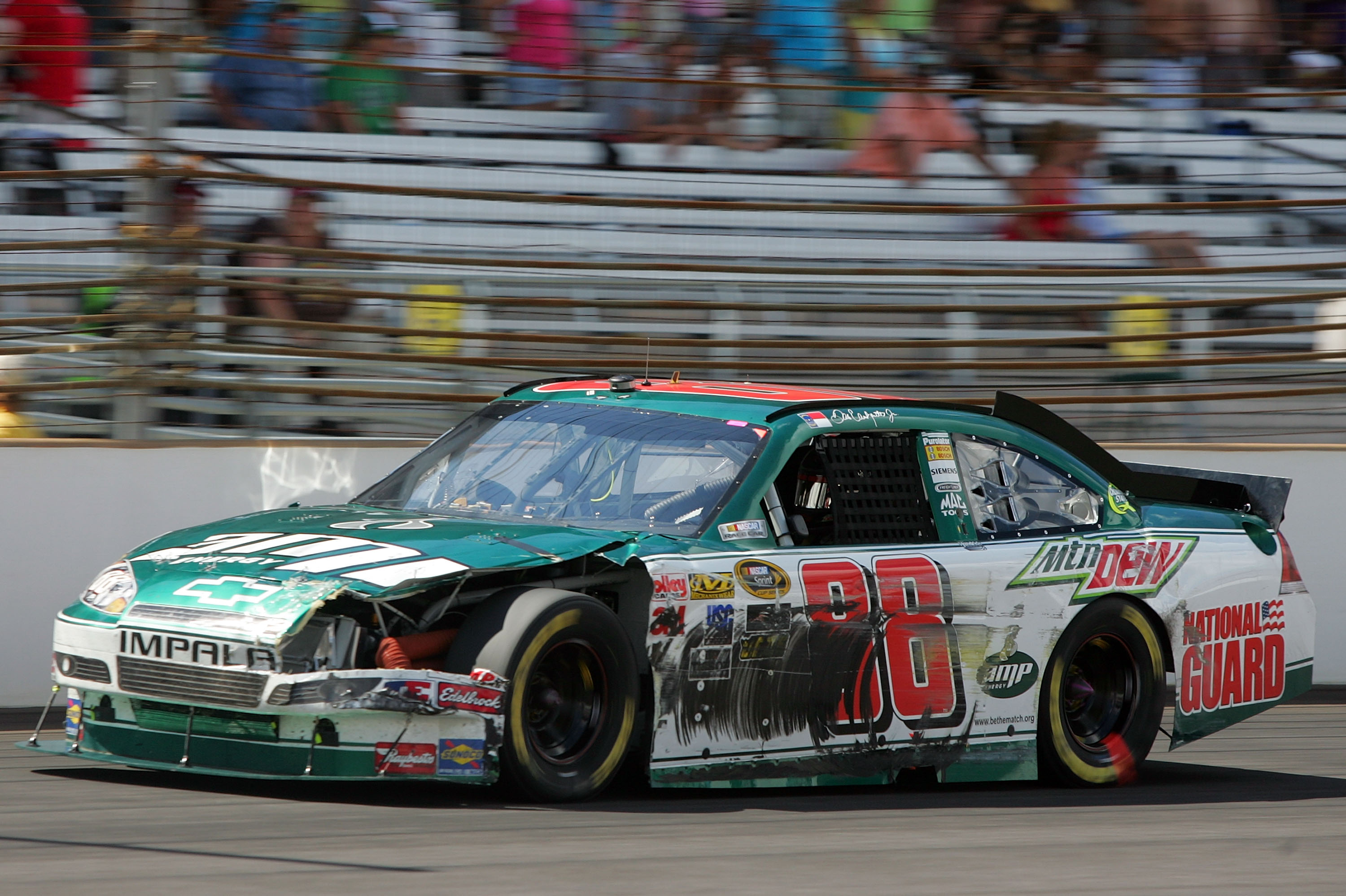 Remember how Jimmie Johnson used to be terrible at Bristol? He worked his tail off to get better there, even running there in the trucks, until he got his bad luck sorted and finally figured the track out. Now, he's not a driver to be screwed with there. Earnhardt Jr., like all drivers, has his Achilles' heel tracks—the road courses at Sonoma and Watkins Glen and Indianapolis come to mind—and solid runs there will help assert that he's for real. 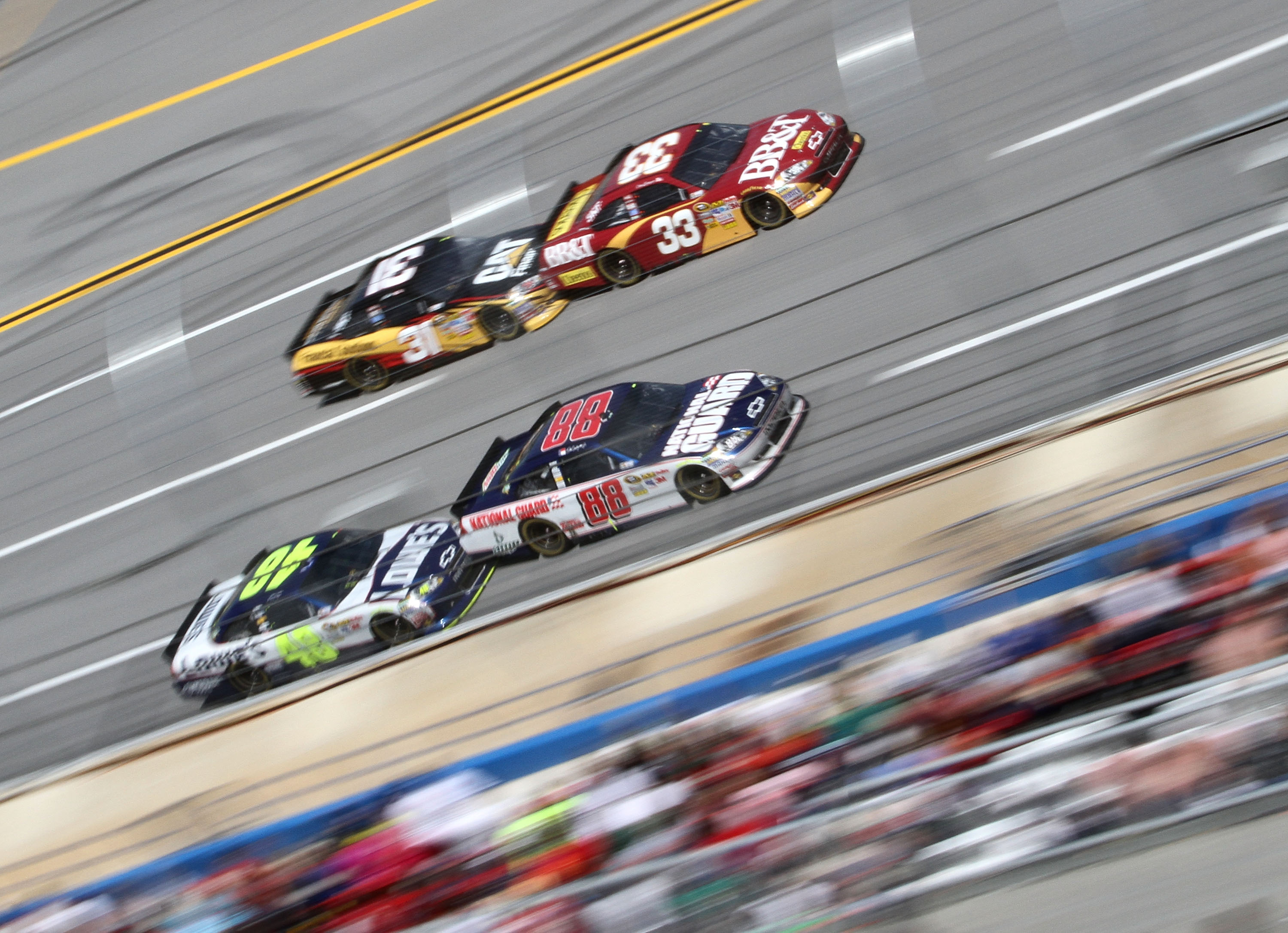 The past two years haven't been so kind to Earnhardt Jr., as he hasn't been a Chase driver. He's only made the Chase once since joining Hendrick Motorsports. Simply articulated, that needs to change. Here's a guy who's won the sport's Most Popular Driver award just about every year since his father passed away and Bill Elliott withdrew from the running in 2001. Like Kobe Bryant in the NBA and Sidney Crosby in the NHL, the sport can still put on a great show without him in its playoffs, but you'd be a fool to think that his presence wouldn't help.

2. Stick in the Top Half of the Chase 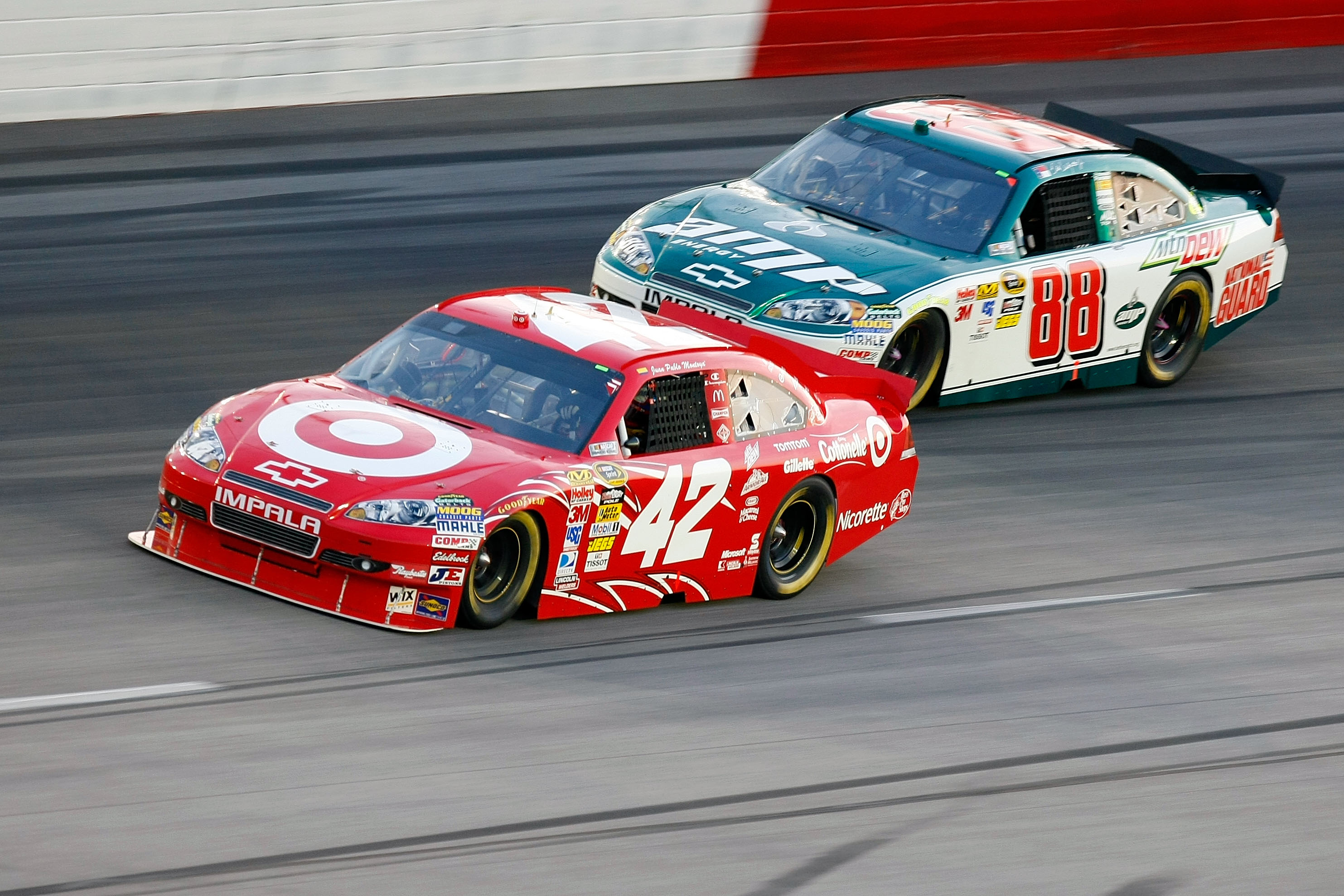 Think about 2009, when Jimmie Johnson was chasing down his fourth title, Mark Martin and Juan Pablo Montoya hot on his heels. Montoya was a bit of a surprise, as nobody had really seen him coming that year, but four consecutive top-four finishes left him only 58 points out of the lead with six races to go. Things fell apart, though, with bad luck at Charlotte, Texas and Homestead that set him back to eighth in points. Earnhardt Jr., as popular as he is, could be the same way this year—an unsuspecting title contender who needs to start out the Chase by ripping off some big time performances if he makes it. 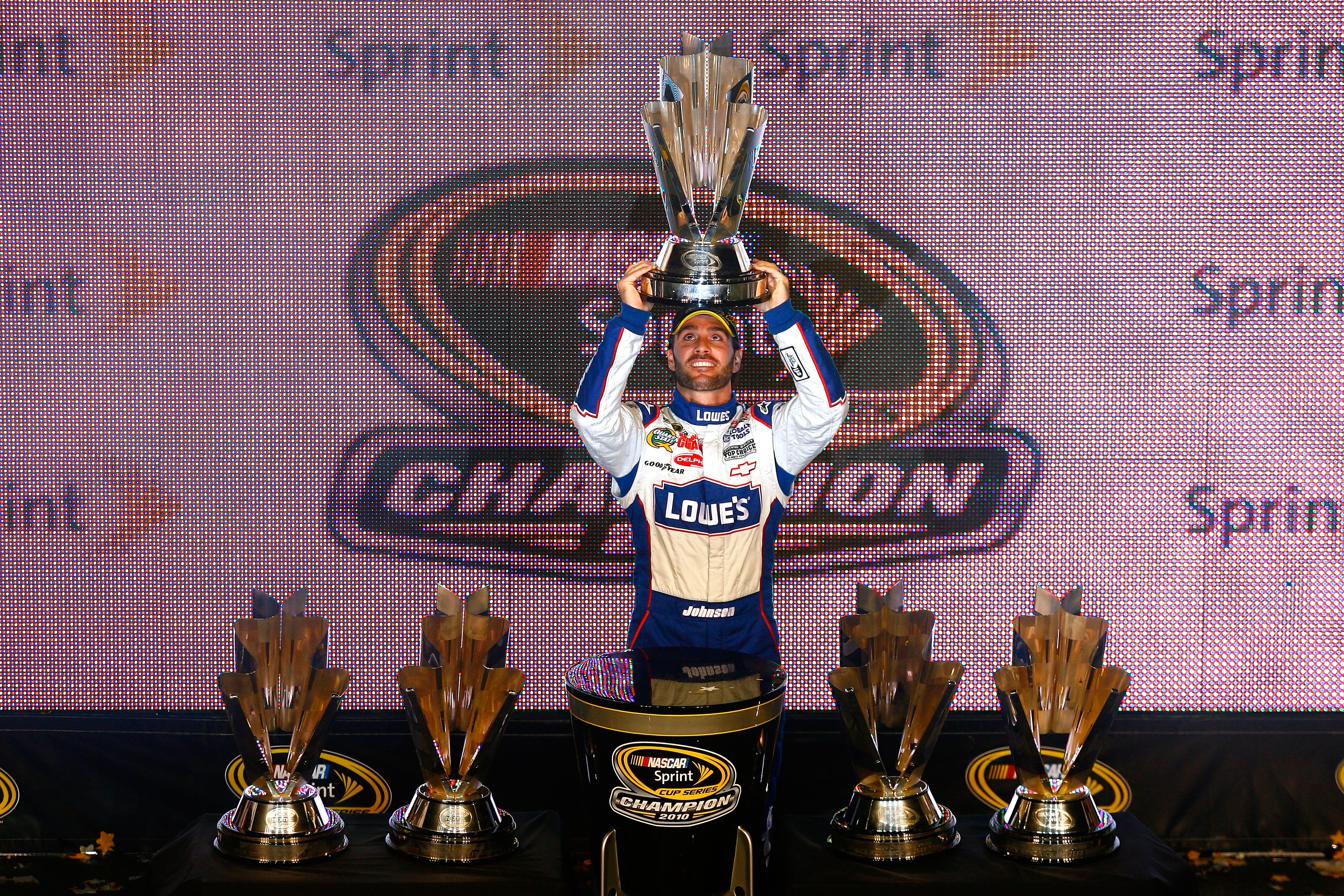 Well, yeah, duh, I mean, this is the ultimate goal of everybody's season, isn't it? By definition, this would be a huge success. In fact, I think everybody would benefit from this scenario.

If you're a start-and-park owner who believes in the theory of trickle-down racing economics—as in, if Junior's winning, there's greater visibility for the sport and sponsors, so even backing little teams is now a viable possibility—this is the greatest possible thing that could happen.

If you're Brian France—concerned with keeping the sport popular and profitable—this is the greatest possible thing that could happen.

And if you're Dale Earnhardt Jr.—finally stepping outside of your daddy's seven-time-champion shadow and bringing home one of your own—words can't even describe.