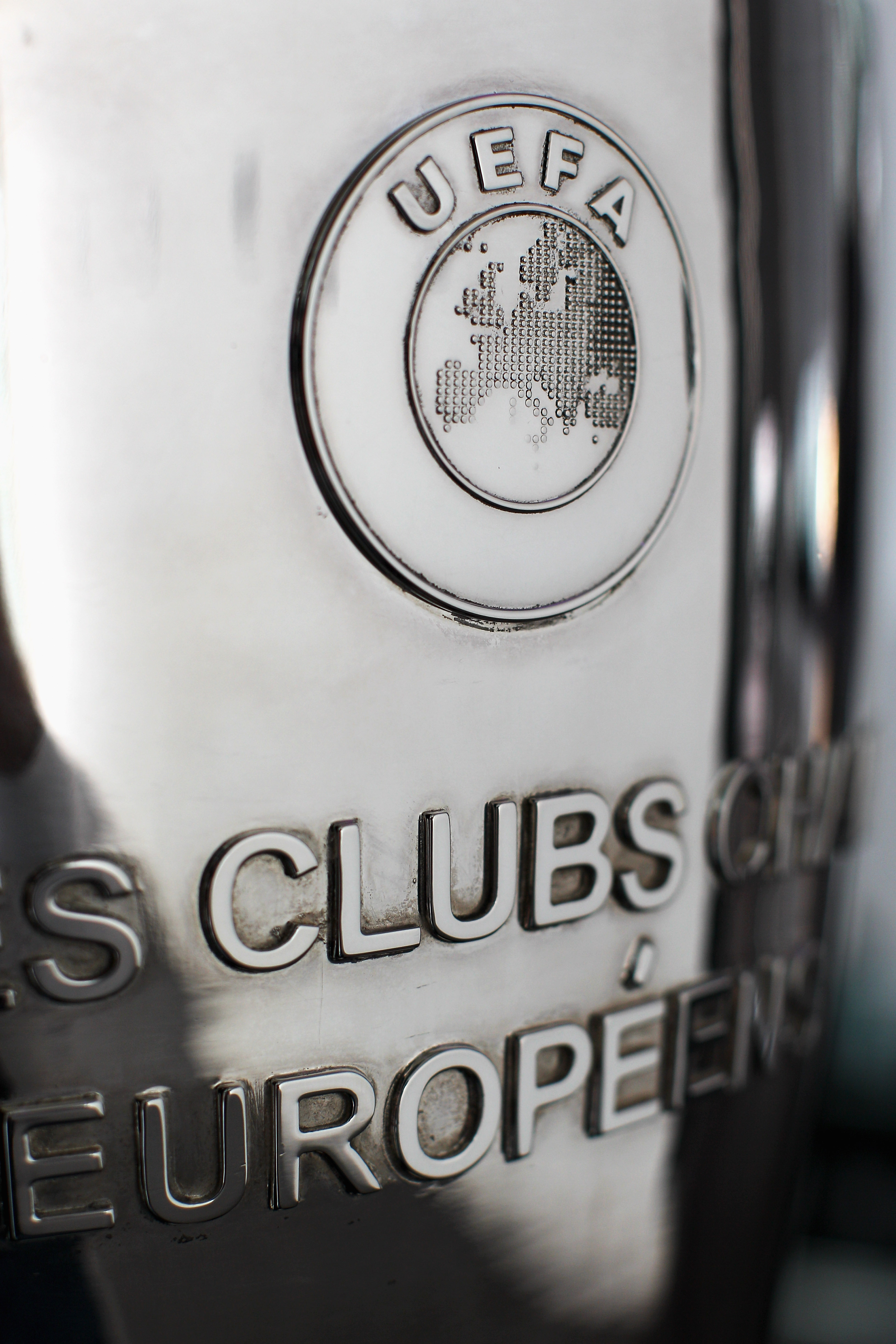 This year's UEFA Champions League Final will be played on the 28th of May 2011, at Wembley Stadium in England. Barcelona, Manchester United, Real Madrid and Schalke are the four semifinalists striving for Champions League glory.

Schalke's participation amongst the heavyweights, have brought back memories of the 2003-2006 Champions League seasons; when the likes of Monaco, Porto, Deportivo La Coruña, PSV Eindhoven and Villarreal progressed to the semifinals. Porto and Monaco were the only clubs to reached the final, but the 2003-04 season was extraordinary, given there were no heavyweights (Roman Abramovich had invested £121 million in players, so Chelsea weren't a dark horse, though also not a heavyweight [yet]).

Success so far in the Champions League has provided some respite to an otherwise tumultuous season for Schalke. Gerald Asamoah, Marcelo Bordon, Kevin Kurányi, Rafinha and Heiko Westermann, played a combined total of 854 games for Schalke, were all sold in the summer. The manager who instigated the mass clean out, Felix Magath, a three time Bundesliga winning manager, was sacked.

For whatever inexplicable reason, Schalke incorrectly gauged the intentions of their star asset, Ivan Rakitić. Perhaps Schalke were overconfident in signing Rakitić to a longer contract, even though he would be free agent in the summer. When Rakitić didn't want to sign a contract, Schalke panicked and were forced to sell him to Sevilla for €1.5 million.

Wigan Athletic bought prolific forward Franco Di Santo, who had scored one goal in 41 games, for £2 million (Di Santo is on a 22 game scoreless run for Wigan). What's more ridiculous about Schalke's handling of Rakitić, was that they signed him for €5 million from Basel, but sold him for €1.5 million after four solid Bundesliga seasons.

When Magath deemed players, who were five points from winning the Bundesliga title, surplus to requirements whilst transitioning in 20 new players; he shouldn't have been surprised at the result—11 losses in 26 matches.

Enter Magath's replacement Ralf Rangnick, who had resigned from Hoffenheim, following the transfer of Luiz Gustavo to Bayern Munich. Rangnick has started better than Magath, like not losing his first four matches and recording including an impressive 7-3 aggregate victory over reigning champions Inter Milan . Though please remember Rangnick was up against a naive inexperienced  Leonardo who thought he could change a squad, tailored to Mourinho disciplined football into samba like football.

It remains to be seen if Rangnick can outfox the most savvy and experienced manager of them all—Sir Alex Ferguson. Even if Schalke lose, they can look towards the future with 17 year old Julian Draxler, 19 year old Kyriakos Papadopoulos, 20 year old Lewis Holtby, 22 year old Lukas Schmitz and 23 year old Benedikt Höwedes. Maybe Schalke will handle their transfers in a more efficient manner than they did with Rakitić.

As much as Sheremeta attests to nobody playing at the same level of Cristiano Ronaldo, there is a player—Barcelona's Lionel Messi—who plays at a higher level. Messi's 48 goals and 23 assists in 46 games and counting, have been the reason why Real Madrid's chance to win La Liga are out of their hands.

In managerial terms, José Mourinho fits the build for a galáctico; successful, handsome and well known.  In 2007, General Manager Jorge Valdano criticised the success of English teams in the Champions League, specifically targeting Rafael Benítez and a certain Mourinho. So President Florentino Pérez's decision to hire a pragmatist like Mourinho goes against the philosophy of Los Merengues. It only goes to demonstrate how desperate Pérez is to win.

What's interesting is that in the first El Clásico, Mourinho went against "parking the plane." By doing so, he ignored the fact that Kurban Berdyev's Rubin Kazan, Guus Hiddink's Chelsea, his Chelsea and his own Inter Milan, succeeding in limiting Barcelona's vast array of offensive talents. What resulted was catastrophic; a humiliating 5-0 defeat to Barcelona, capped off with an unsavory Sergio Ramos red card.

To say Leonardo was naive in trying to tinker with Mourinho's squad, has no comparison to what Mourinho attempted to do. What Mourinho did went against his own philosophy, went against common sense, went against precedent and to say it was naive, would be an understatement. It was almost as if he was trying to demonstrate to Pérez and Valdano, that this is what happens when you do not play anti-football against Barcelona.

So don't be surprised if Mourinho decides that Real Madrid do not need to play with the ball, in the up coming El Clásicos. Unlike in 1966, when Portugul's João Morais kicked Pelé out of the World Cup, Mourinho will need to find a legitimate way in containing Messi. Back when Ronaldinho was weaving his magic for the Catalonians, Mourinho employed Khalid Boulahrouz at right back, and he man marked Ronaldinho out of the game. It will be interesting to see what tactics Mourinho comes up with, though rest assured, it won't be something endorsed by Pérez and Valdano.

Fulham, Liverpool, Stoke City, Wolverhampton Wanderers, Aston Villa, Blackpool, Bolton Wanderers and West Ham United are all the teams this season, who ended up dropping points because Manchester United fought back. Whilst Manchester United have hardly played beautiful football, Sir Alex Ferguson has instilled the mentality of champions in his squad.

One would have thought Federico Macheda was destined for a break-out season, however he has been loaned out to Sampdoria (one goal in 14 games), due to the emergence of Javier "Chicharito" Hernández. Chicharito not only scores more goals than Macheda but works harder and whoever scouted Chicharito, and alerted Manchester United to dish out a pre World Cup transfer fee; should be enjoying a lucrative bonus. 18 goals in 37 games for just £10 million—what a bargain. Unfortunately Roman Abramovich is not privy to efficient spending.

Wayne Rooney's season has been overshadowed by his lustful escapades, scheming with his agent Paul Stretford, to blackmail the Glazers, and a Diego Forlan like start to the season. However he is one of five players (Messi, Hulk, Alex and Mbark Boussoufa)  this European season, to accumulate 10 goals and 10 assists; demonstrating that he has managed to capture remnants of the 2009–10 season. Just remnants, Manchester United fans will be hoping for more goals next season.

Like Borussia Dortmund in the 1996-1997 Champions League semifinals, Schalke can stop Manchester United from progressing. Dortmund won 2-0 on aggregate, and 14 years later, Ferguson hasn't forgotten. With Wembley so close, it is unlikely that Ferguson's Manchester United will slip against Schalke, just like they did against Dortmund 14 years earlier.

Many people mistakenly expected Spain to dominate the World Cup like the Mighty Magyars, they didn't because Messi wasn't Spanish. Such is the importance of Messi to this Barcelona lineup, if he does get injured (hopefully not hacked down by Ramos), the odds of Barcelona winning the Champions League significantly decline. As is the case if he doesn't put on his superman cape, like against Inter Milan last season and against Manchester United in 2008.

Messi aside, Dani Alves is a key talking point, not because of his remarkable offensive input (four goals and 19 assists) at right wing back, but because of his nonexistent defending. What will hold Alves in good stead against Real Madrid, is that he'll be up against Marcelo who is equally MIA when it comes to defending.

The problem for Pep Guardiola is overcoming the likelihood of Mourinho parking the plane in front of Real Madrid's goals. Against a 10 man Inter Milan side last season, Guardiola oddly substituted Jeffrén for Zlatan Ibrahimović, when he should have substituted the least offensive minded player on the pitch, Gabriel Milito (who had come on as a substitute). Barcelona fans will be hoping that Guardiola gets his tactics right in the up coming El Clásicos.

It will be interesting to see how successful Guardiola is with life after Barcelona. It's one thing to inherit a once in a generation side, it's another to take underdogs to European glory, as was the case with Brian Clough and Mourinho.

If Barcelona do lose, they shouldn't knee jerk and spend an exorbitant amount of cash on Cesc Fàbregas, who they deemed surplus to requirements. Given Barcelona have Thiago Alcântara, otherwise known as Thiago; it will be like Fàbregas all over again. Thiago becomes a world class player and then Barcelona have to pay to get him back, like they did with Gerard Piqué.

Champions League glory beckons for Guardiola's Barcelona again, and if they do triumph, it will be due to Messi's wizardry.