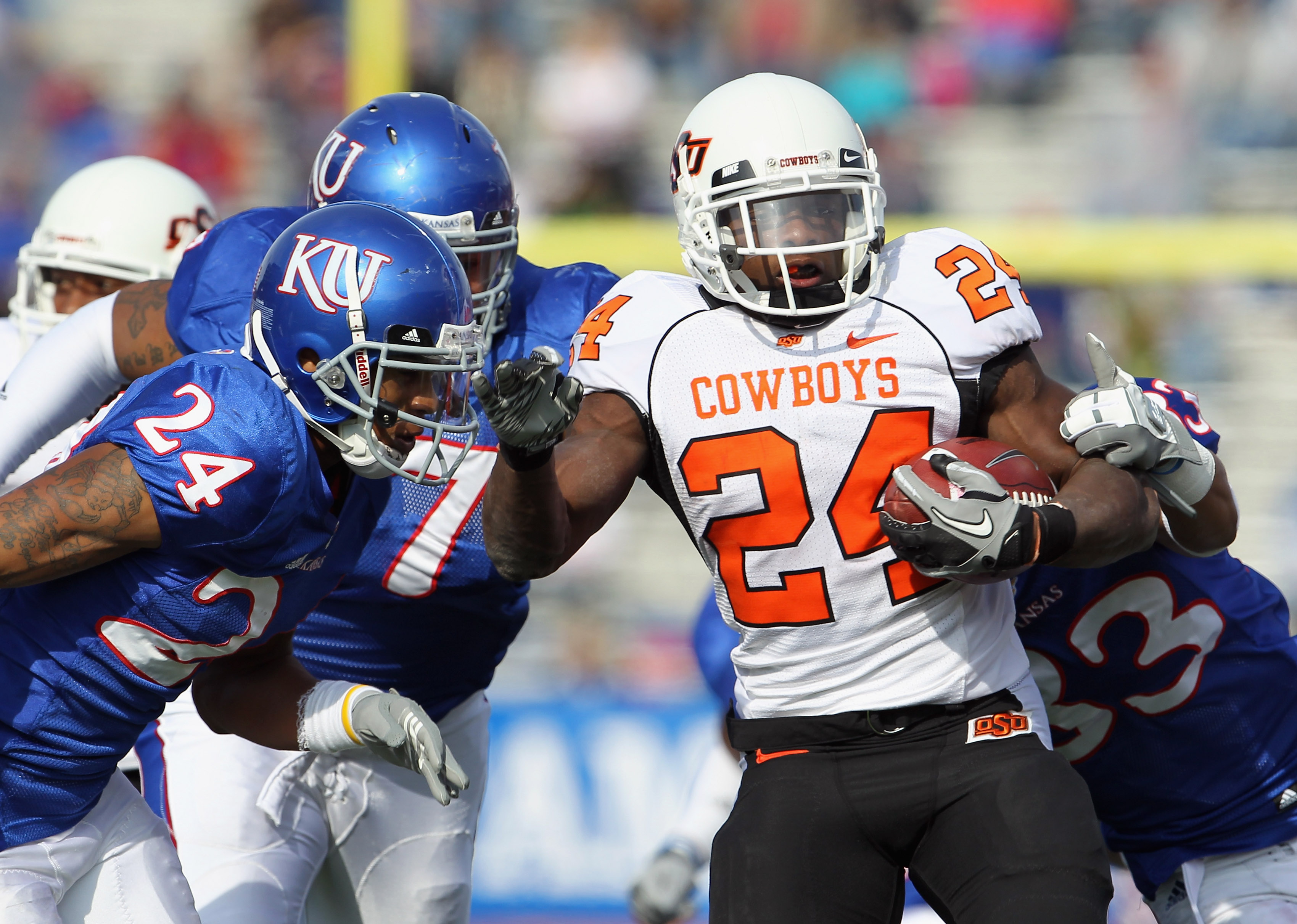 Since running backs are usually the most plentiful position available in the NFL draft, there are many sleepers to wake.

Tennessee Titans star Chris Johnson was the fifth running back picked out of five in the first round of the 2008 draft. Makes me think someone was sleeping.

For those popping No-Doze, here comes an eye opening show. In no particular order, here we go... 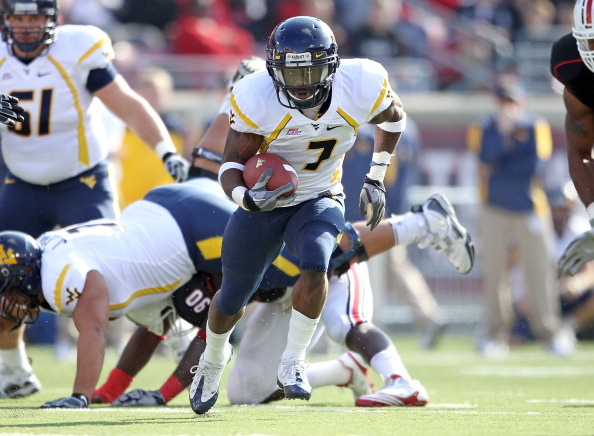 One of the smoothest, quickest, burstiest backs in the draft, a lot of his value is in the return game and passing game out of the backfield.

He’s had some durability issues, and his size is a major concern. Though at the combine, he was among the strongest in his bench press group.

The only workout he did at the combine was the press—and he impressed. The Minnesota Vikings, for one, could use a strong back who can take it the distance in spelling Adrian Peterson. 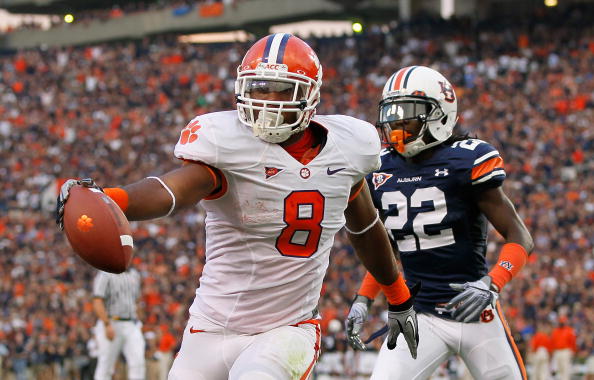 Harper follows in the footsteps of the great college football running back C.J. Spiller.

Harper has good hands and speed for his size—5’11,” 230-pounds—and he led Clemson in rushing and all-purpose yards last season.

The Broncos, Redskins and Lions could use him. 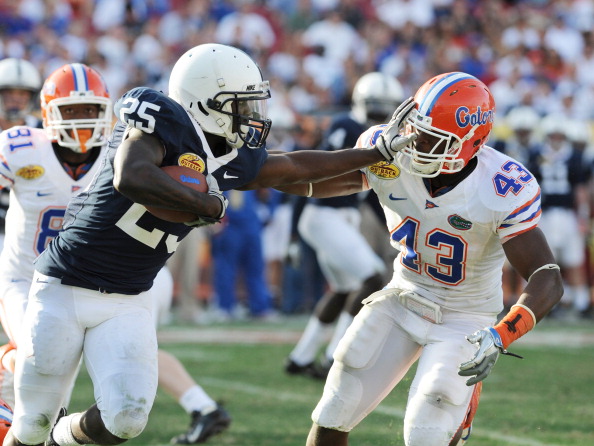 Royster is being projected for the fourth or fifth rounds in this year’s draft.  He considers himself a Matt Forte-type runner, and Evan could possibly fit in with the Bears.

Chicago's offensive coordinator Mike Martz, like most coaches, would prefer a Marshall Faulk-type runner. We all would.

Royster ran a 4.65 at the NFL Combine, but he was woefully out of shape. He's a hard worker, though, who became Penn State's all-time leading rusher.

7. DeMarco Murray: He Has a Nose for the End Zone 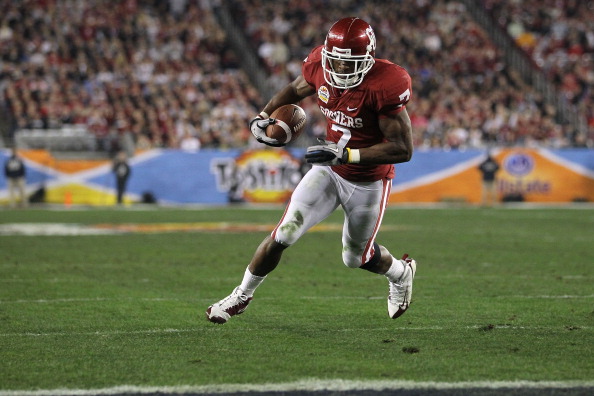 All Murray does is score touchdowns to the tune of leading all OU running backs.

Oklahoma’s all-time leader in rushing touchdowns, Murray is one of my super duper sleepers. He rushed for 3,685 yards in college, 50 touchdowns and caught 13 touchdown passes.

He reminds me of a Priest Holmes-type scoring machine, and he could be like a Marcus Allen-type near the goal line.

Baltimore and Cleveland could use him. 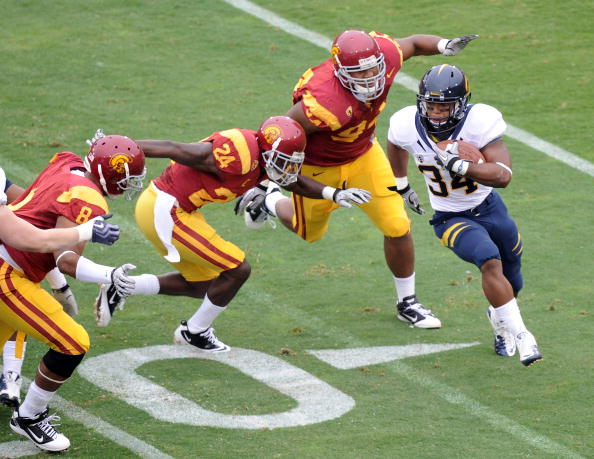 An effective pass catcher, Vereen stepped out from Jahvid Best’s shadows in 2010 and broke out. I see him as a Ray Rice sleeper type in the NFL.

He’s Emmitt Smith’s size, but there’s only one E. Smith. Dallas should give Vereen a shot.

Pittsburgh, Miami and Carolina could also be nice fits for him. 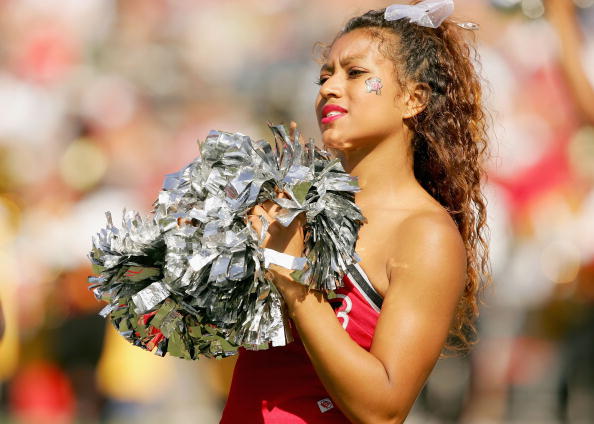 A three-time member of the Doak Walker Award watch list (2008-10), Scott went off in his final college game. This is not a picture of Scott by the way.

He ran for a career-high and Maryland bowl-record 200 yards in the 2010 Military Bowl and helped the Terrapins beat East Carolina. In the bowl game, Scott got loose and scampered for a 91-yard touchdown run in the fourth quarter.

It was a Terps postseason-record, and he also busted a 61-yard touchdown in the game. At 5'11," 205-pounds, Scott obviously has breakaway speed and also plays full back. 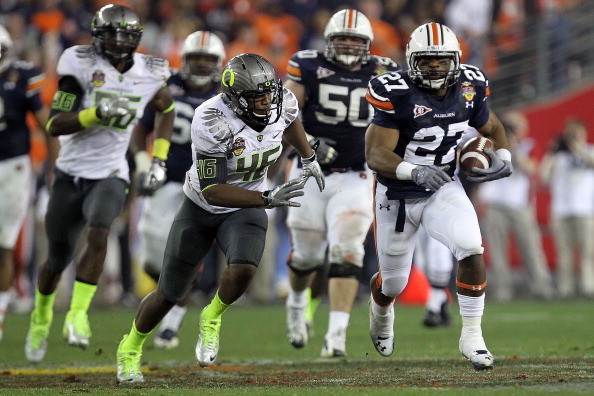 A former high school quarterback, Fannin can pass the ball. He can also catch it with the best of them out of the backfield.

He's Auburn's career leader in receptions and receiving yards by a running back. According to AU, Fannin finished his career with nine receiving touchdowns—averaging 36.7 yards per scoring catch.

People are sleeping on him because of some guy named Cam Newton—Fannin's teammate at AU.

3. Jordan Todman: He Was Donald Brown's Backup at UConn Before Emerging 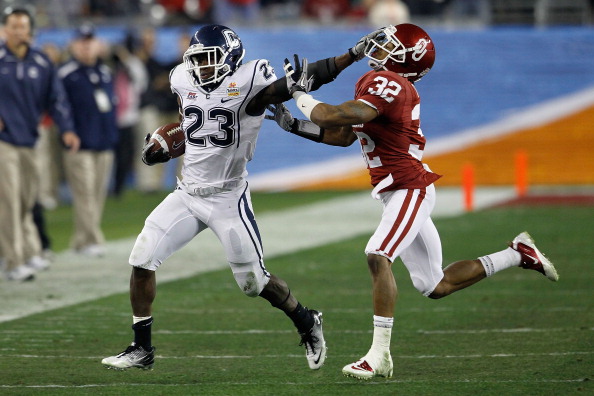 The UConn Huskies star was expected to be able to hold his own against Oklahoma in the 2011 Fiesta Bowl, and he did by leading all running backs with 32 carries for 121 yards.

He had 1,574 rushing yards on 302 carriers and 14 rushing touchdowns and was named the Big East Conference Offensive Player of the Year as a junior last season.

He entered the draft after the 2011 Fiesta Bowl.

2. Kendall Hunter: The Next in the Line of Great Oklahoma State Running Backs 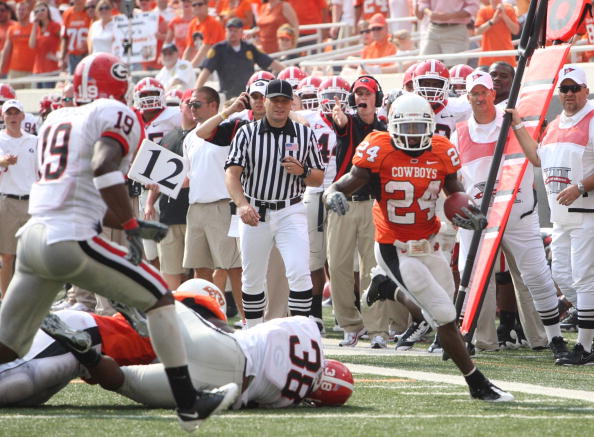 Hunter has the talent to be the No. 1 running back taken in the 2011 draft.

He led the Big 12 in rushing two times in his career, and he was an outstanding student. One of the classiest players in the draft, he’d be a benefit on and off the field for an NFL organization.

I expect Hunter to have an excellent professional career, but he’s flying low on the radar below Mark Ingram, Ryan Williams and Daniel Thomas.

1. Roy Helu Jr: The Former Cornhusker Has Plenty of Jets 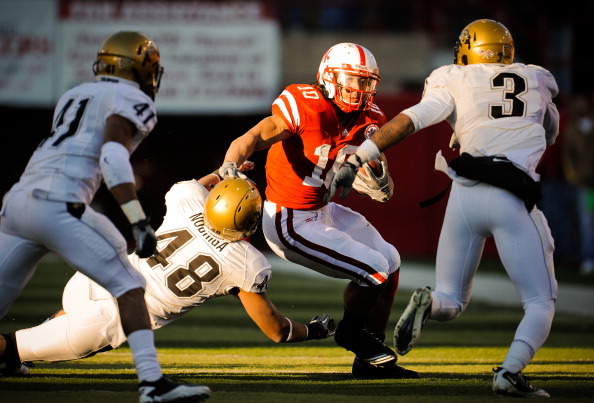 Helu follows in the long line of Nebraska I-backs. With well over 3,000 yards rushing in his Cornhuskers career, Helu has a sprinter's burst.

It allows him to get away from linebackers and safeties in close spaces. Nebraska's I-backs aren't particularly known for excelling in the NFL, but Helu is a solid running back.

He'll need to work on his pass catching and blocking, but in the late rounds, he's worth a shot.