Five Reasons Liverpool's Fans Are the Best in the World 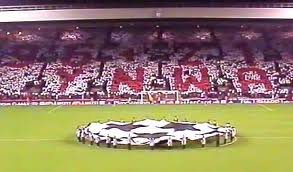 I may be slightly - or, very - biased in my assessment, but I find that there is one set of football fans that are in a different league (no pun intended) than all other supporters. These supporters create an atmosphere of passion, not hostility (except when Manchester United or Everton come 'round.) They sing and sway, attempting to "suck" the ball into the famed Kop-end goal. Standing behind all players, they give every player a chance, having gained a reputation of "protecting" them. They want the best for their club.

These fans are supporters of Liverpool F.C.

5. The Creativity of Their Chants 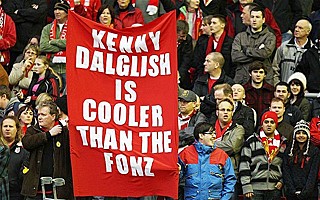 There is no such thing as a "dull" Liverpool chant.

While such an assessment doesn't mean that the songs that Liverpool fans re-write contain lyrics containing the vocabulary of a Rhodes scholar, it is a testament to their creativity. From "Fernando Torres: Liverpool's Number Nine" to the chant about John Arne Riise's barnstormer, the Kop have been known for creating songs that support each of their players.

Recently, they sang "Happy Birthday" to their manager! 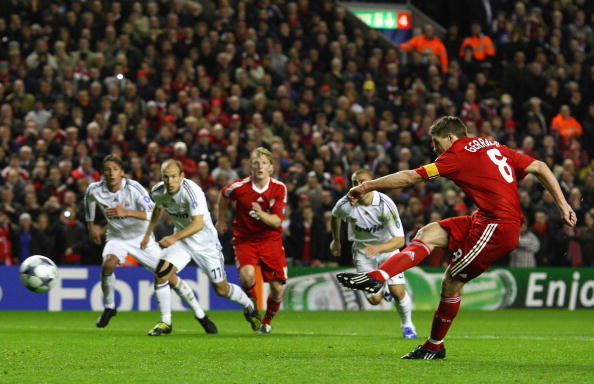 It is rare that the visiting team wins at Anfield.

Though this is often the case in Premier League games, it is even more true when Liverpool hosts in European competition.

The atmosphere created by the fans can overwhelm even the most venerable of sides in European football. In the recent past, Juventus, Chelsea, Arsenal and Real Madrid have all come as favorites and left in defeat.

League tilts may be unique in their own right, but the buildup and experience of European nights at Anfield are well and truly above the rest.

When a Liverpool player lets a shot fly and it ends up in the back of the net, it is greeted with a deafening roar that is unique to the ground.

Not because of the tone of voice or the accents (although it is important to note the Scouse accent), but because of the passion and the fervor that the celebrations contain.

A late, late Kop-end winner (i.e. Gerrard vs. Olympiakos) will be greeted with such fervor and venom that many fans in the ground might question the structural strength of the stadium in relation to such ruckus and vibration. Anfield may be old, but its history will hold it up.

2. Anfield is a Hard Place to Come

When Sir Alex Ferguson, one of the most respected managers of all time (*cringe*) claims that his team's hardest fixture is "Liverpool away," it should be taken as a compliment. Much as he may hate Liverpool, he most certainly has respect for the club; as he should, having been on the wrong end of several hidings at Anfield.

It should also be added that Liverpool fans make their presence known both home and away. From continuing to sing "Fernando Torres: Liverpool's Number Nine" after a defeat away to Manchester United, to giving the Mancunians a mouthful of "Rafa's Cracking Up" following the famous 4-1 victory at Old Trafford, the Scousers know how to have a good time. They may be down after a grim result, but they are never out; Liverpool fans bring passion wherever they go.

Though there may be teams more skillful than Liverpool, there are few sides who can unlock them when they're playing at home, due in large part to the passion and will of the fans.

Add in extra intensity for derby games against Manchester United and Everton—whose atmospheres have been described as "suffocating" and "not for the faint of heart"—and you've got a ground that nobody will want to have to visit.

What did you think would be the first reason?

Liverpool's opening song has been adopted by many other clubs over time, such as Celtic, F.C. Copenhagen and F.C. Twente, but it remains a fact that "You'll Never Walk Alone" was first sung as a sporting anthem at Anfield.

Also reverberated periodically throughout games, the Rodgers & Hammerstein classic is sung prior to  every home match. It is a hallmark of football fandom, so much that it even manages to give opposition supporters goosebumps when sung. The song also embodies the spirit of Liverpool fans; they all come together to support their team.

When Juventus came to Anfield for the first meeting between the two clubs after the Heysel disaster, the Liverpool fans held up banners saying "In memory and friendship," adding an extra dimension to the pre-match ritual. Though there were a few who didn't appreciate the tribute, the majority of the traveling supporters were taken aback by the behavior of the Liverpudlians.

If you have any doubts behind the claim that Liverpool have the best fans in the world, I encourage you to watch a clip of the fans singing "You'll Never Walk Alone."