EPL 2011 Defenders: From Pantsil to Evatt, the Worst of the Worst 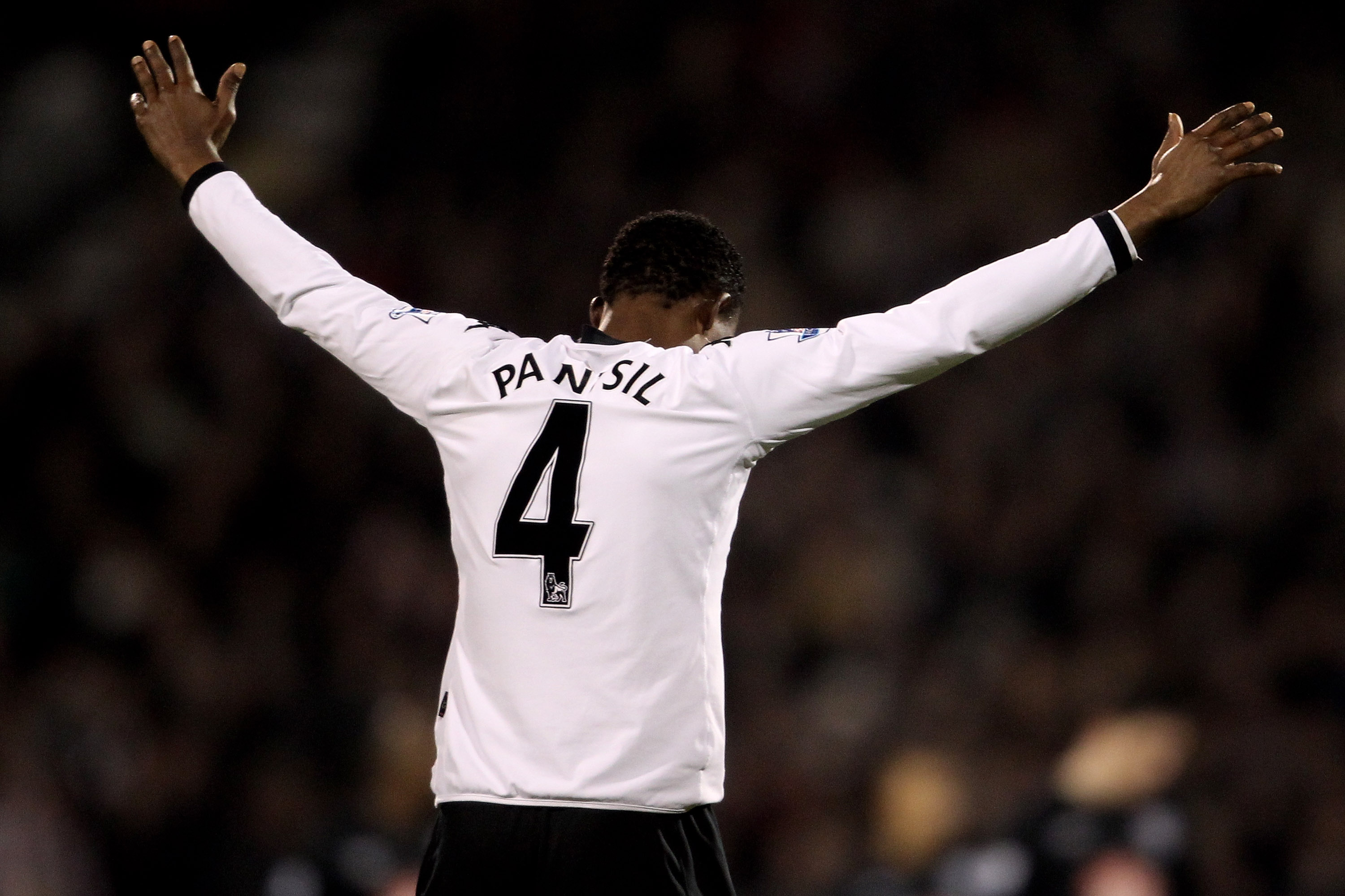 It’s an old axiom, but there’s a good deal of truth to it: The best offense is a good defense.

As the worst defenders in the EPL have show during the 2010-11 season, the reverse is also true: The worst offense is a terrible defense. If your defense is crap, chances are your team won’t be winning many games.

Here, statistically and relatively speaking, are the five defenders guilty of the worst offenses in the 2010-11 EPL season. 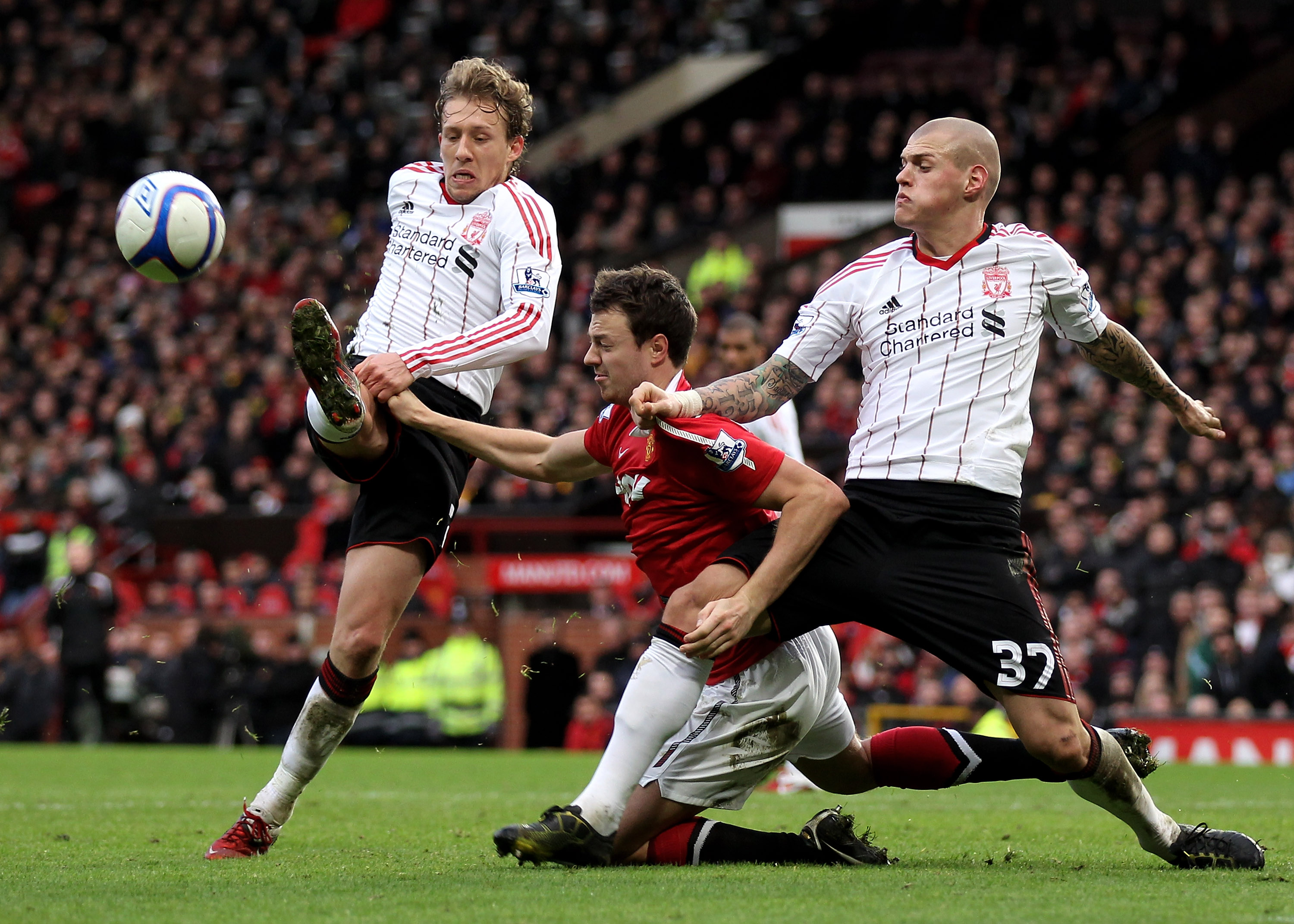 Reason: It doesn’t help Jonathan Evans that he is the weakest link in one of Europe’s strongest defensive lines.

Evans has managed to concede 12 goals with the Red Devils in his nine league appearances.

In other words, in the mere nine games Evans has appeared in, United has conceded 41 percent of its total goal concession on the 2010-11 season.

The young Northern Irish defender earned himself a red card in April of 2011, meaning he is both crap and ineligible to play. Not good for him. Not good at all.

To make matters worse, official EPL statistics assert that Evans has exhibited the highest drop in value of any player this season —he is worth £900,000 less to United now than he was at the beginning of the season.

photo caption: Jonny Evans, reaching for a man's private parts rather than defending. 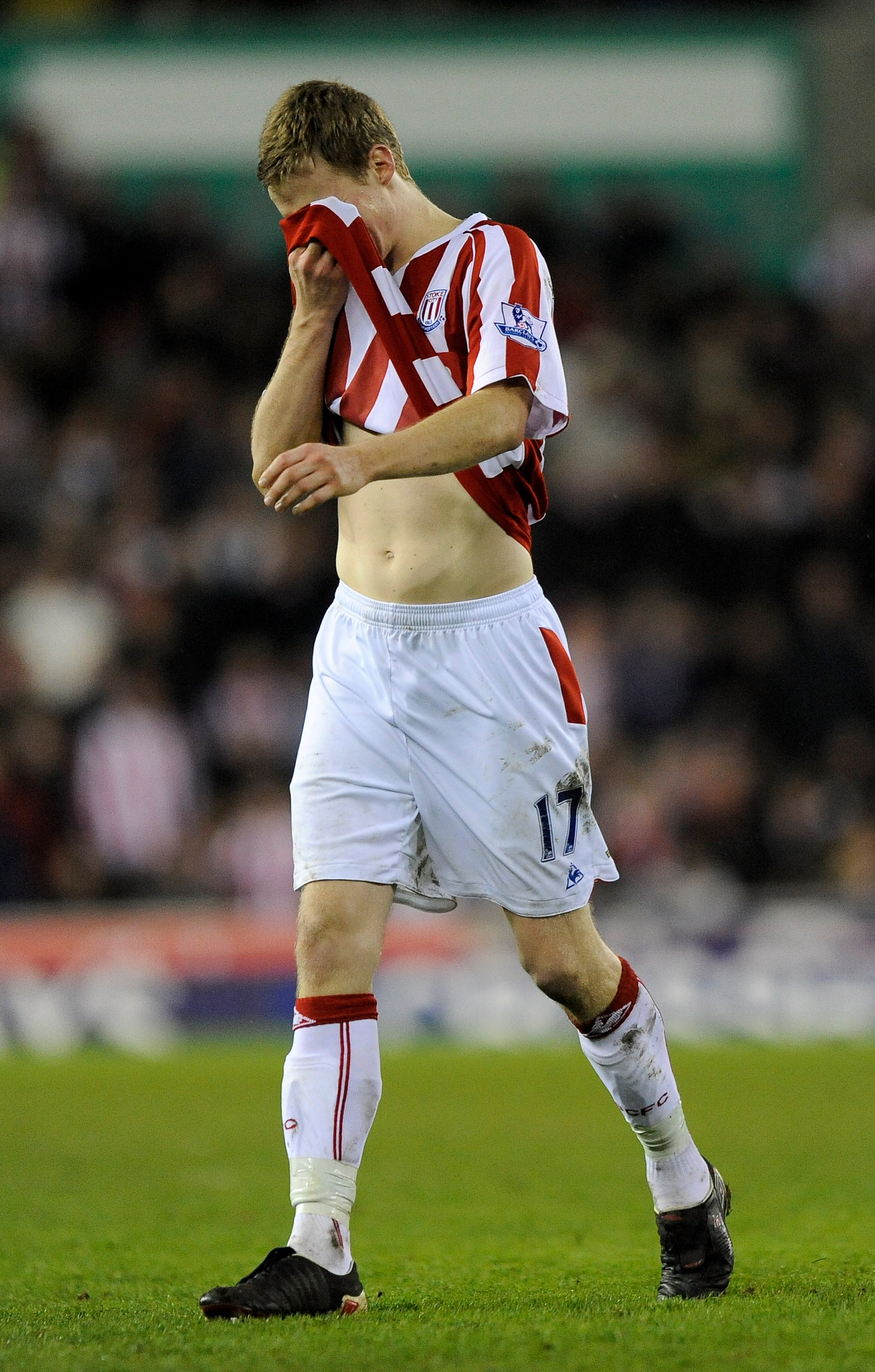 In his 28 league appearances for Stoke City during the 2010-11 campaign, Shawcross has been on hand to concede 34 goals.

He is also the proud recipient of five yellow and two red cards thus far in the season.

While 34 goals conceded does not rank Shawcross among the absolute worst in the league, his disciplinary record surely does. He is one of only four players to receive two red cards during the 2010-11 season.

The only defender with a comparable disciplinary record, Arsenal’s mad Frenchman Laurent Koscielny, has certainly contributed more to his side than Shawcross has. 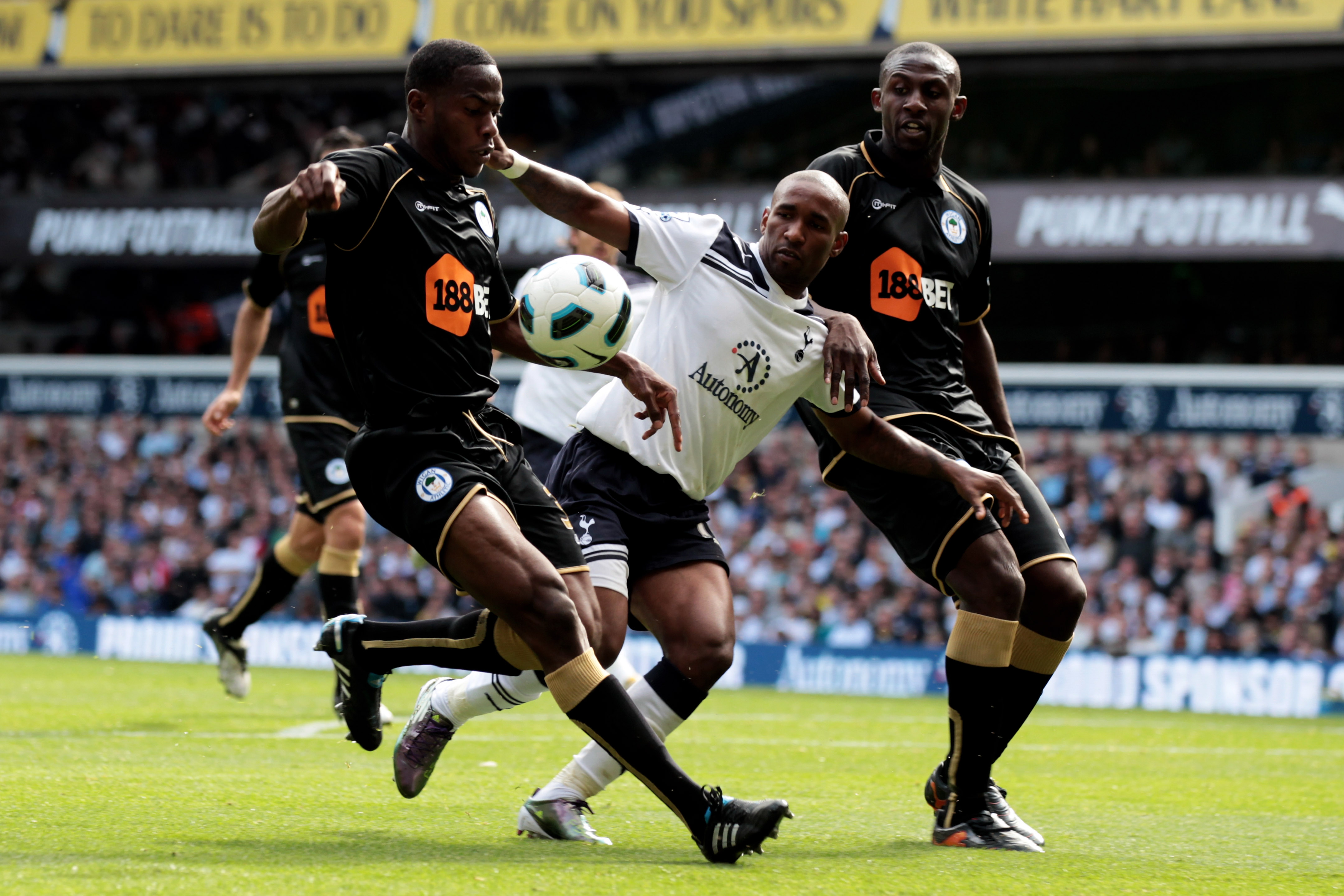 Reason: Maynor Figueroa and Steve Gohouri are the defensive anchors of a squad that is, beyond any shadow of doubt, the worst EPL team of the 2010-11 season.

The former has been on hand to concede 44 goals, while the latter has contributed to the concession of 43. Wigan is the lowest scoring side of the league this season—add to that the terrible performances of Figueroa and Gohouri, and you have a recipe for disaster.

We would be remiss not to mention the fact that Wigan’s nightmare duo has a total of 17 yellow cards, nine for Gohouri and eight for Figueroa.

They can’t defend and they can’t behave. So what the hell is the point?

photo: Figueroa and Gohouri going for the gold in tandem yellow cards. 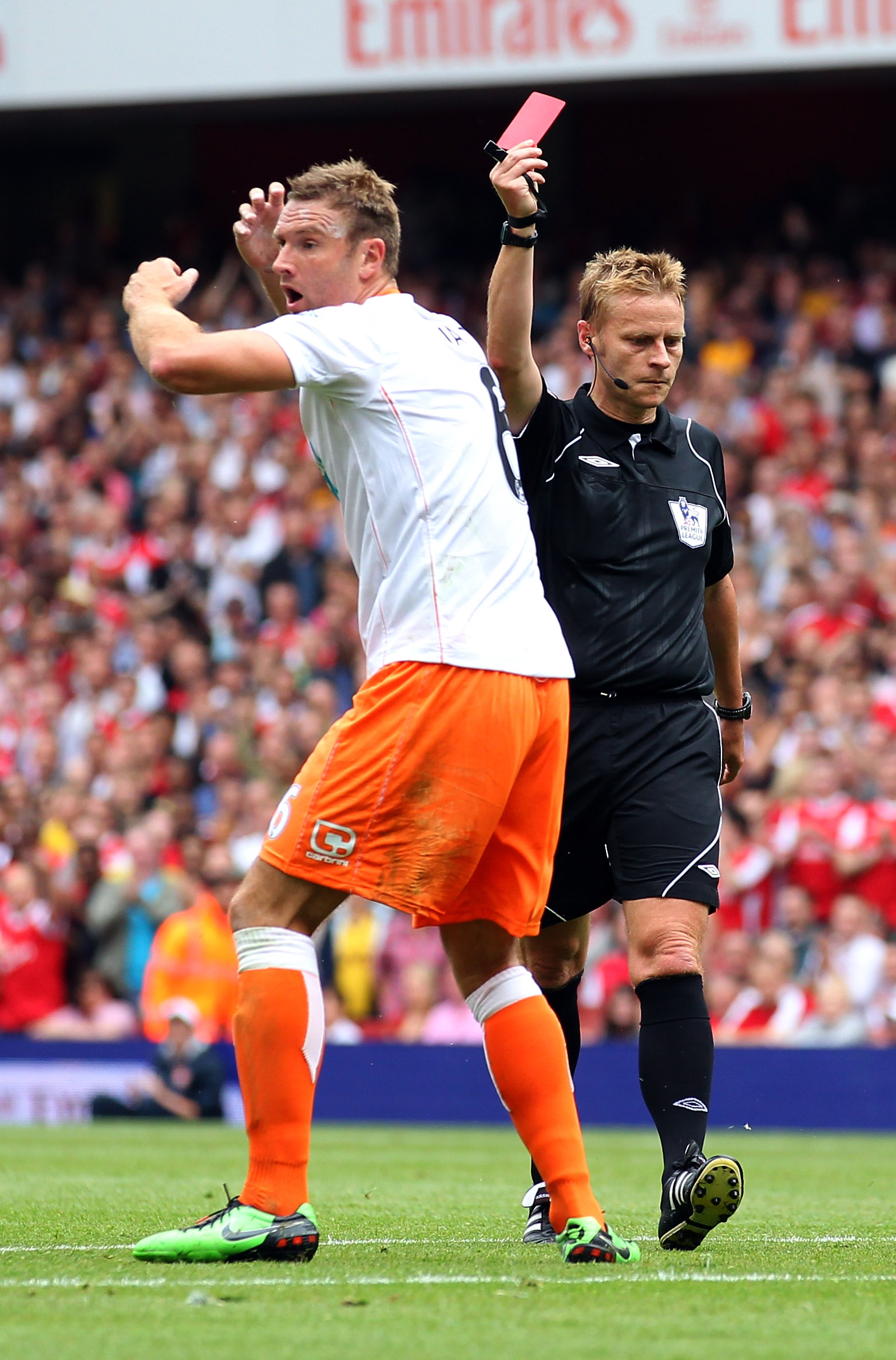 Reason: Ian Evatt has conceded more goals, 54, than any other defender or goalkeeper during the 2010-11 EPL season.

Only one player has been in the pitch to concede more goals than Evatt, and that player, midfielder David Vaughan, also plays for Blackpool.

The defender has allowed more goals in his performances for Blackpool this season than every team, save Manchester United, Arsenal and Chelsea has scored.

Evatt has contributed a handful of excellent games to the Oranges this season and has four assists and one goal in league competition.

However, his abject performance against Arsenal in August of 2010 all but nullfies any good he may have done for his squad. In 30 minutes, Evatt contributted to the concession of one goal and directly conceded another by handing Arsenal a penalty that earned him a red card. 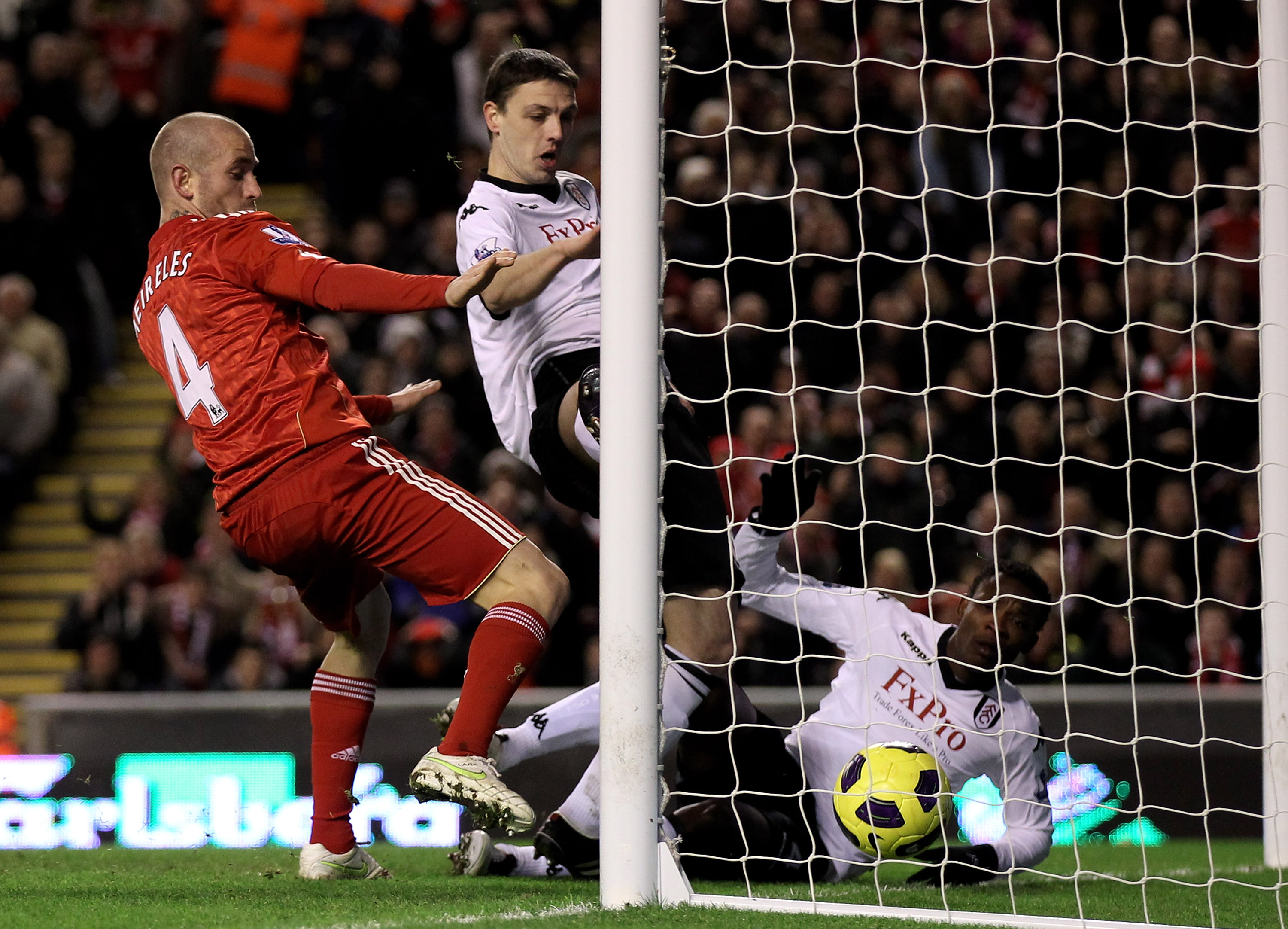 In some circles, he’s known as Mr. Own Goal, because he’s got three of them this season. Yes, you read that correctly: three own goals in 16 matches.

So he’s scoring against his own team at a rate of about once every five matches. Not really the type of fellow you want on a team known for its endless struggle to win.

Pantsil’s six yellow cards, which make him one of the top 10 most disciplined defenders in the league, don’t do much to help his case. That's six yellow cards and three own goals in 16 appearance. Oh, dear.

photo: A prostrate John Pantsil scoring an own goal with an assits from Liverpool's Raul Meireles. 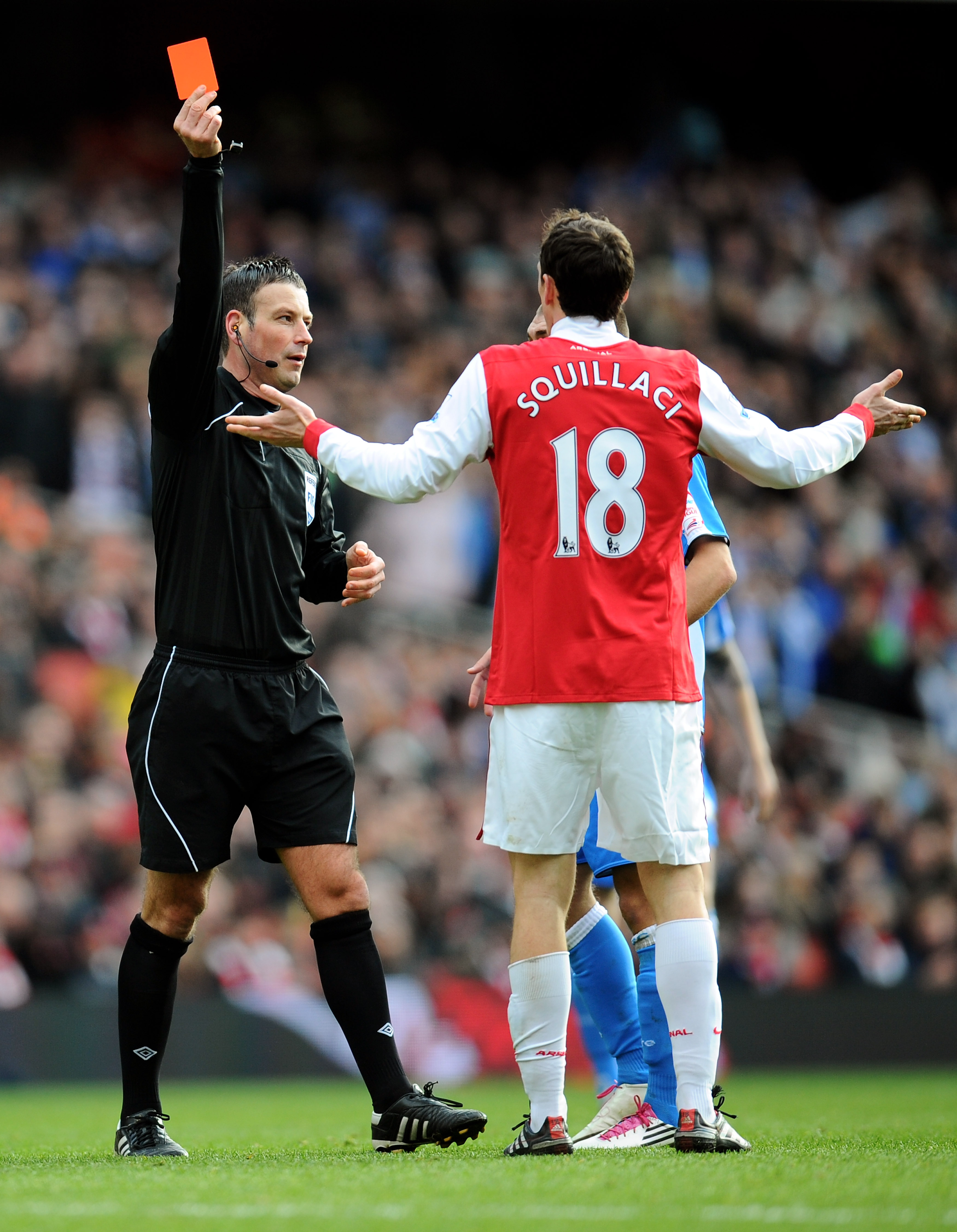 Reason: As our helpful Bleacher Report community has pointed out to us, Sébastien Squillaci is terrible. Horrible. Abject. Pathetic. Just really, really bad. [add your own favorite adjective here]

When pundits criticize Arsenal for its weak defensive line, what they’re really talking about is Sébastien Squillaci. Watching this Frenchman play in the EPL is like watching dog trying to be a cat: it's sort of the same, and the effort is there, but the athletic ability, precision, aggression, speed and lethality are notably absent.

We’ll leave you with a statistic that you might not believe: In Squillaci’s 18 league performances with Arsenal this season, the side has conceded 25. Gunners have conceded 29 goals total on the season.

photo: Squillaci, red carded for offenses against the beautiful game.