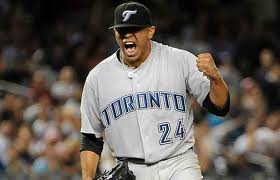 The Blue Jays will take the field in just a few short hours as the 2011 baseball season officially begins.  With 162 games still ahead of us, optimism is high.

However, after putting together this slideshow, I wonder if that optimism hasn't morphed into delirium.  I'm usually the general leading his army of skeptics and buzzkills, but I think someone spiked my coffee this morning.

Regardless, the following 10 slides are set in stone.  So it is written, so it shall be done. 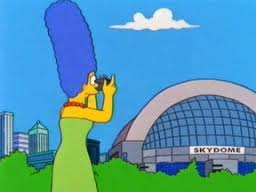 After drawing only 1,495,482 fans to the park last year, the lowest total since 1982, Blue Jays management must be scratching their heads.

What more do the fans want?  Toronto had a winning record, flirted with a wild-card berth for the first half of the year and led the majors in home runs!

Confusing indeed.  However, the buzz surrounding the club has been building all winter, and if the Jays can get off to hot start, then the fans might start coming back to the park.

If we're still winning in the dog days of August...

2. Aaron Hill Bounces Back Just To Get Traded 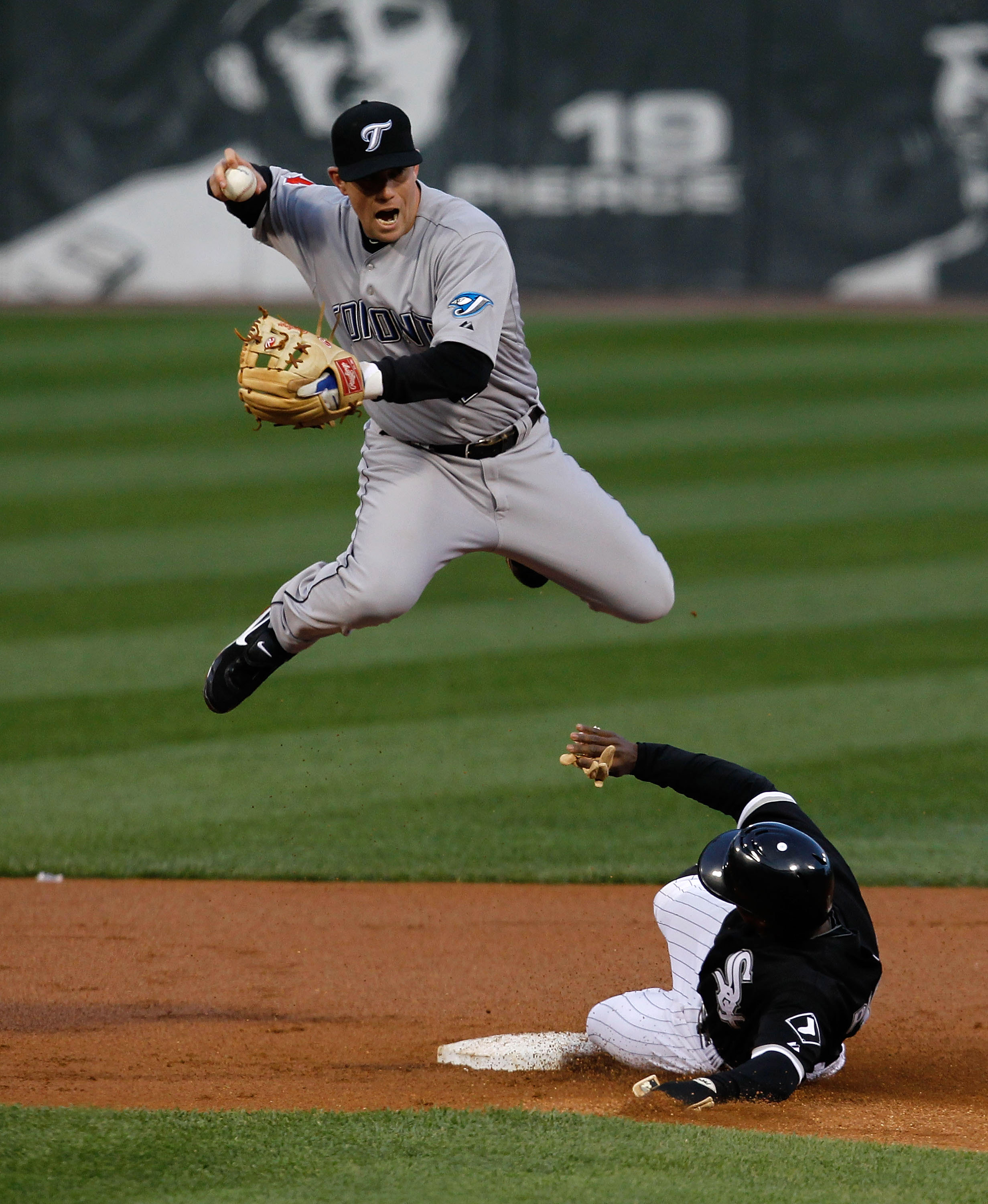 However, when you dig into the numbers, it appears that a bounce-back season is in order.

3. Hill had an incredibly unlucky .196 BABIP, particularly when you consider he has a .288 BABIP for his career.

There is nonetheless a black cloud looming. According to a tweet from the Toronto Star's Richard Griffin, Toronto has not exercised its option on Hill's contract.

"Hill seemed surprised when asked about club options 12-14 and unconcerned that club has not approached him. Means 2014 $12M will be torn up."

If GM Alex Anthopoulos is so inclined, Detroit, Minnesota, St. Louis and Colorado might be suitable trading partners considering their current second-base options.

Hate me know, praise me later. 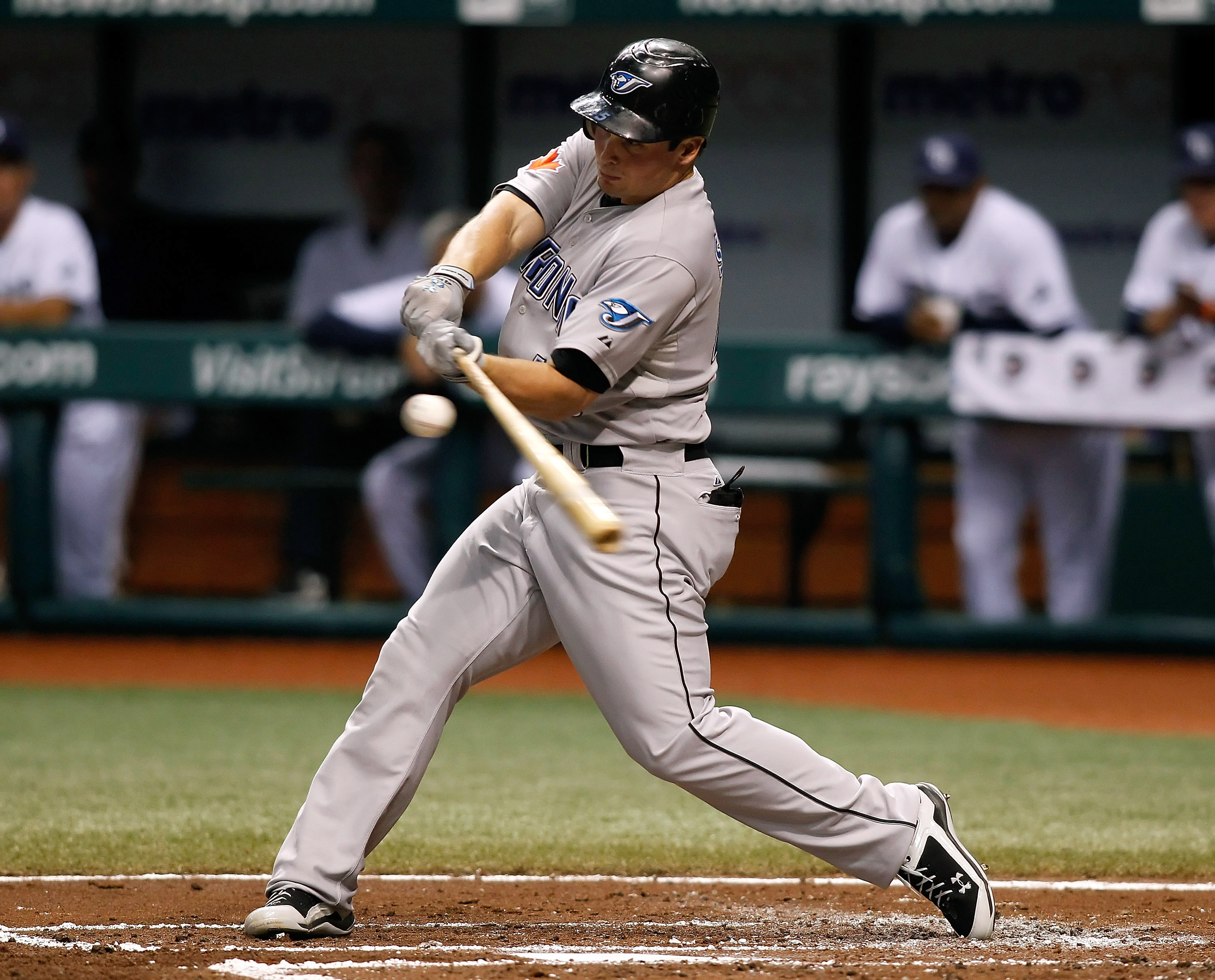 Travis Snider has been the talk of Blue Jays nation almost the moment after he was drafted 14th overall in the 2006 draft.

As an 18-year-old it was expected that he'd be several years away from making his debut.  However, after completely crushing his way through four levels of minor league ball, Snider got the call on August 29, 2008, a short two years after being drafted.

Fast forward three years, and the now 23-year-old is already considered to be a bust by some. Before we throw this kid on the scrap heap, let's consider a few things:

2. Snider just turned 23 two months ago.  Meanwhile, Ryan Braun didn't make his MLB debut until he was 23, Carlos Gonzalez broke out at age 24, Matt Holiday didn't show up until he was 24 and didn't break through until 26.

This post-hype sleeper is on the verge of something special.  He may never be a high average hitter, but I see no reason why he can't settle in to .270/30/100, perhaps as early as this season. 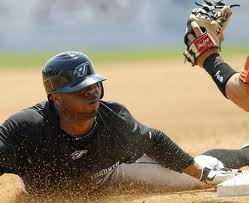 Another thing to consider; for arguably the first time in his career, Davis was handed the starting job in CF. He is not a utility player and did not have to win the job in spring training.  Confidence can go a long way to enhancing performance.

The Toronto coaching staff has been conducting daily baserunning meetings.  This was unheard of during the J.P. Ricciardi era and even with Anhtopoulos on board last year, then manager Cito Gaston would sooner eat his children then waste his time with such things.

In short, Davis will get the green light all season.  Bank on 70 thefts.

5. After Flirting with Mendoza, JP Arencibia Gets Sent Back to Triple-A 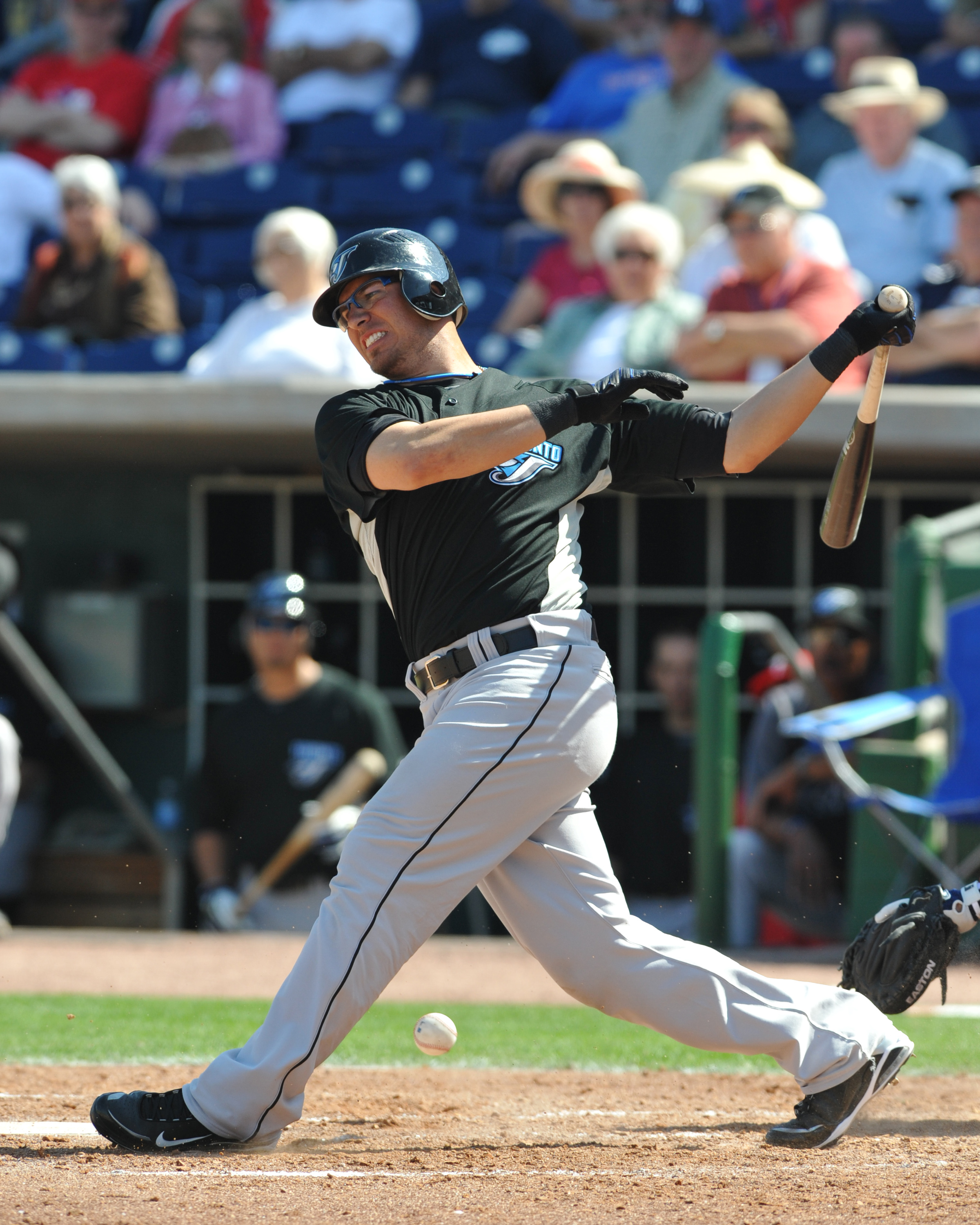 Poor JP.  His power is undeniable and ranks as a 70 on the scouts' 20-80 power scale (80 being Ryan Howard territory), but when every pitch looks like a fastball, Arencibia is destined for a disappointing season.

Some may point to the fact that he was a .300 hitter for most of his four years in the minors.  I will counter with his 4:1 K:BB ratio and alarmingly-low .319 OBP.

Free-swinging sluggers like Arencibia can often hide the warts when playing in the minors, but are quickly exposed when they get to playing with the big boys. 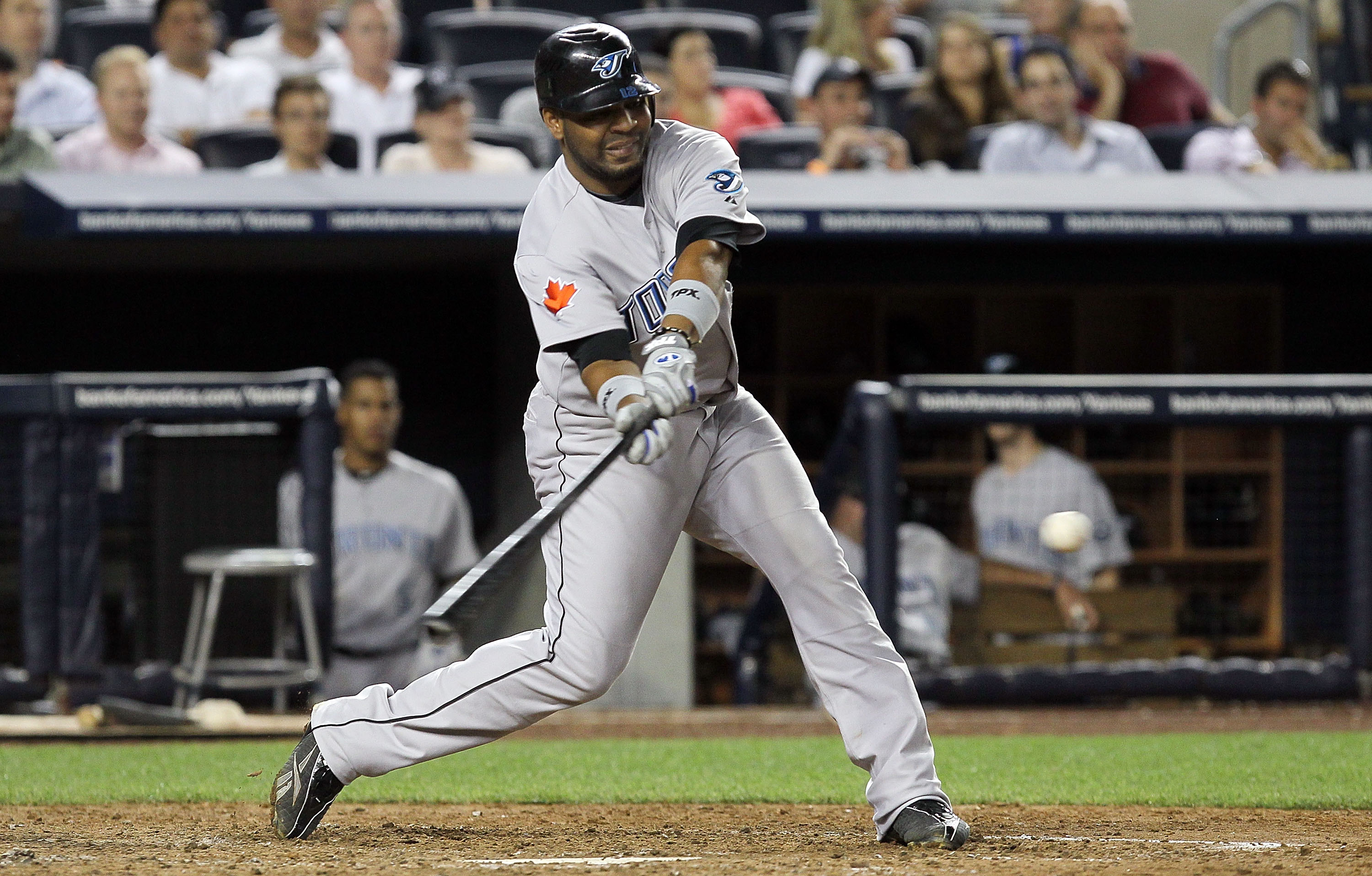 Seriously, I'm not drunk.  Encarnacion has the potential to be a major home-run threat and could very well be the club leader by the end of the year.

Last year for Toronto Encarnacion hit 21 home runs in 367 plate appearances.  Extrapolate that over 575 plate apperances, and his dingers jump up to 33.

Not exactly Herculean, but still good enough for second on the club last year.

With a full season working with batting coach Dwayne Murphy and eventually moving away from third base into a DH role, it's not outside the realm of possibility that Encarnacion morphs into a 35+ home run monster. 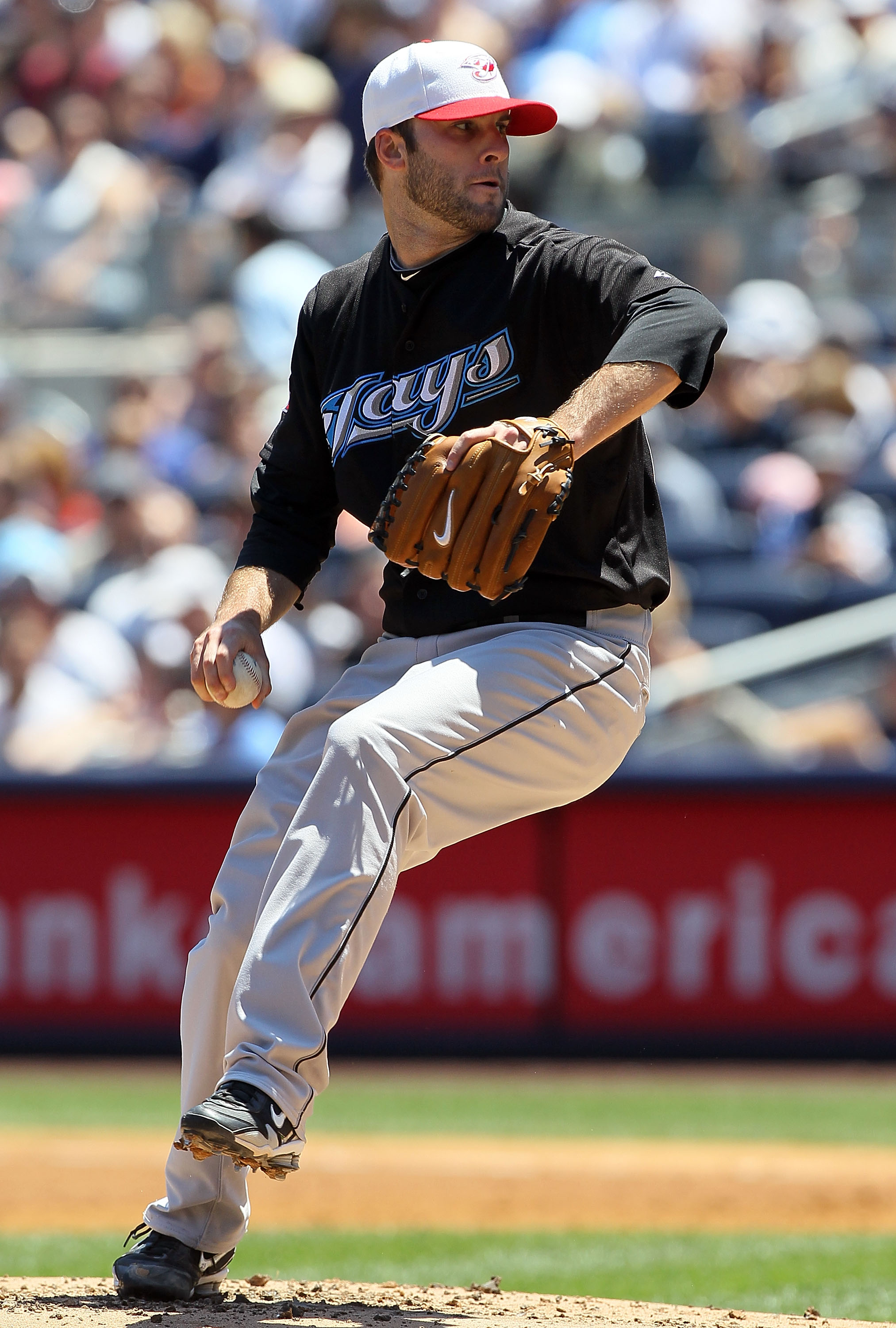 This may be the safest of my predictions.

No one has ever doubted Morrow's ability to miss bats.  With a career 5.1 BB/9, it was his control that was always in question.

However, last year, an interesting thing happened on the way to becoming a breakout darling.  Morrow found some semblance of control.

Last year he posted the lowest walk rate of his career (thought at 4.1 BB/9 it was still bad) and over the course of the season, Morrow's rate steadily dropped.  In fact, during 30.1 August innings, Brandon Morrow was walking batters at a relatively low 2.99 BB/9 while striking out an astonishing 14.7 K/9.

No single outing better illustrates this than his August 8th complete game, one-hit performance against Tampa Bay.  He walked just two batters and struck out a whopping 17.  Statistically speaking, it was the single most dominating pitching performance of the year and perhaps one of the five best ever seen over the course of the last few decades.

If based solely on his career numbers of 10.0 K/9, Morrow will need to pitch at least 180 innings to hit 200 punchouts on the year.  Although if you choose to look at his trending numbers, he may only need 165-170.

Either way, Brandon Morrow is on his way to becoming one of the premier strikeout artists in all of baseball. 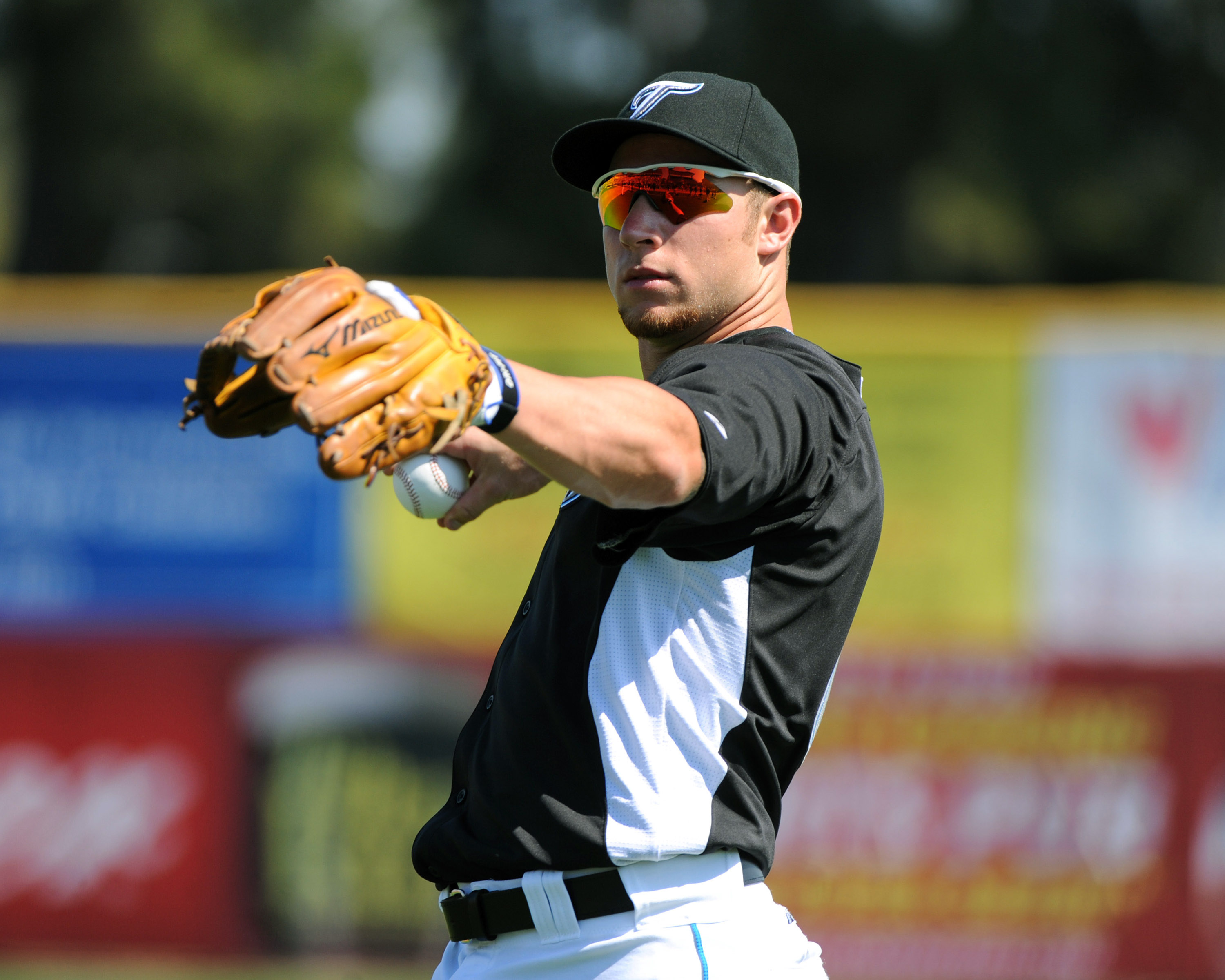 Other than spring and minor league stats, there is no other metric I can offer outside naked eye observation.

When Toronto sent club favorite Shaun Marcum to Milwaukee in exchange for the Canadian prospect, his reputation as an immature club house nuisance was almost as notable as his exceptional talent and potential.

During his last minor league season as a Brewer, Lawrie hit .285/8/63 with Double-A Huntsville.  The low home run totals don't excite, but when you consider he still managed a .451 SLG based on his 36 doubles and 16 triples, the raw line-drive power he possesses becomes clearer.

This spring, in 41 at-bats, Lawrie hit .293 while slugging .488.  He was sent down to Triple-A Las Vegas in the PCL, where it's expected he'll continue to rake at the plate in what's widely considered to be a hitter's paradise.

The demotion, however, is temporary.  For pragmatic reasons the Blue Jays want to preserve an extra year of arbitration by keeping him in Triple-A to start the season.  The move is also practical as Lawrie was moved over to third base in the spring, and Toronto would like him to get a bit more experience at the hot corner before throwing him into the AL East fire.

Brett Lawrie will be called up no later than June 1st, forcing Encarnacion to DH and Juan Rivera to the bench (or traded).

A .270/20/75 slash line with 15 steals and better-than-expected defense just might get it done.  If Jeremy Hellickson falters, the rest of the AL rookie pool is fairly thin. 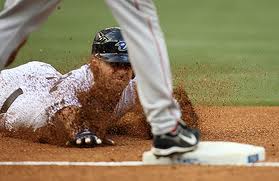 For my thoughts on the wild-card battle in the American League, click here.

As for Toronto's chances, the Blue Jays are a bit of a long shot, but stranger things have happened (I'm looking at you, Tampa Bay; no one expected an AL East title from the Rays last year).

Here's what needs to happen:

1. Hill and Lind need to bounce back from terrible 2010 campaigns.  Even splitting the difference between 2009 and 2010 would be a huge improvement.

3. Some combination of Jesse Litsch, Jo Jo Reyes, Kyle Drabek or Mark Rzepczynski needs to solidify the No. 4 and No. 5 spots in the rotation and provide steady, consistent production.  Nine to 12 wins from each and an ERA under 4.50 will do nicely.

4. Hill and Escobar have to gel and become a very good, if not great, double play combo.  Connected with this, Lind and Encarnacion/Lawrie have to be at least average at the corners. 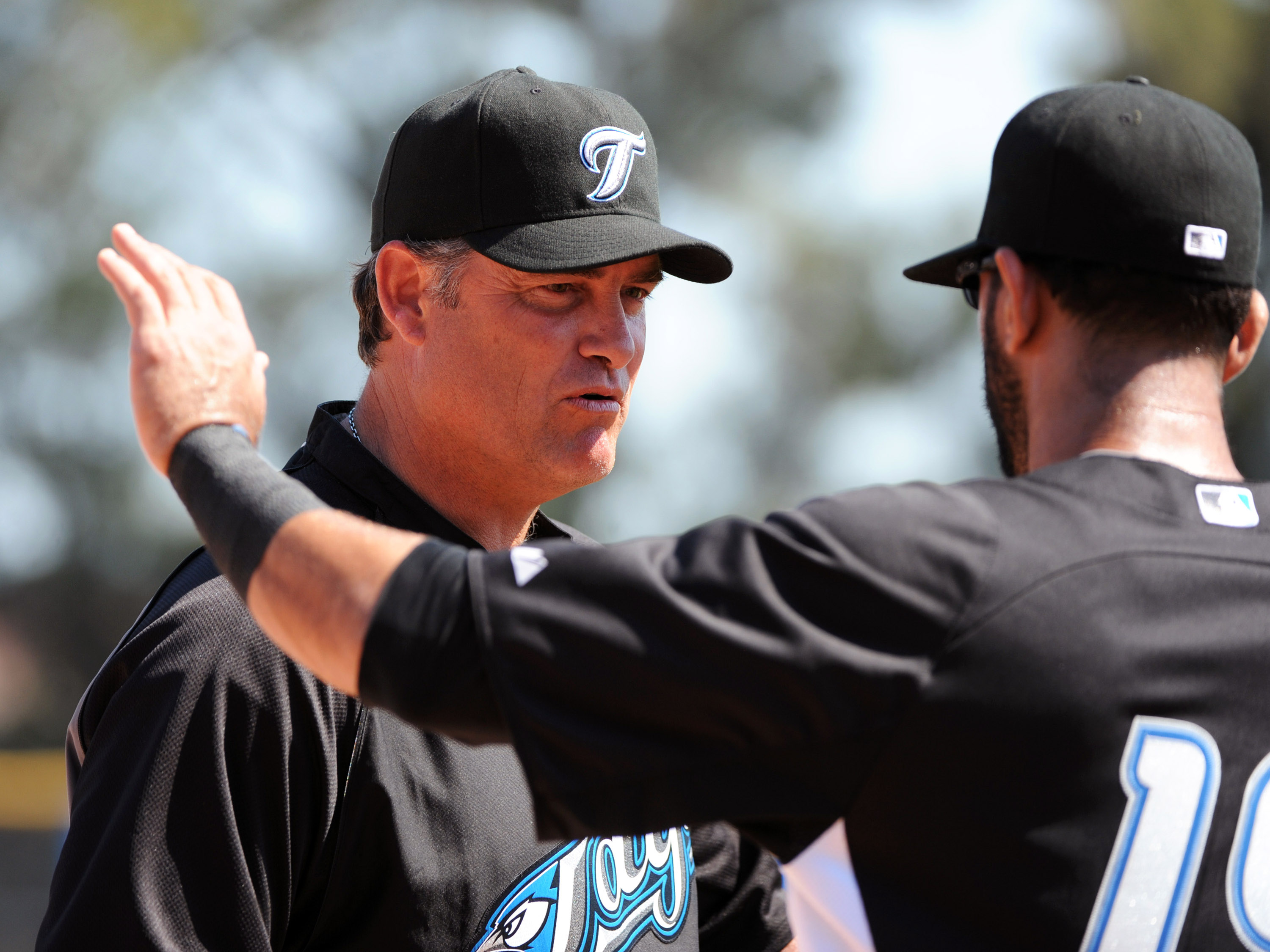 This slide is a cumulative speculation.

If slides one through eight come to fuition, then Farrell likely wins.  If only a couple of those slides come true, and slide nine becomes reality, then John Ferrell wins in a landslide.

I'm keeping this slide short.  Toe meets rubber in only a couple of hours, and I need to get to the beer store.