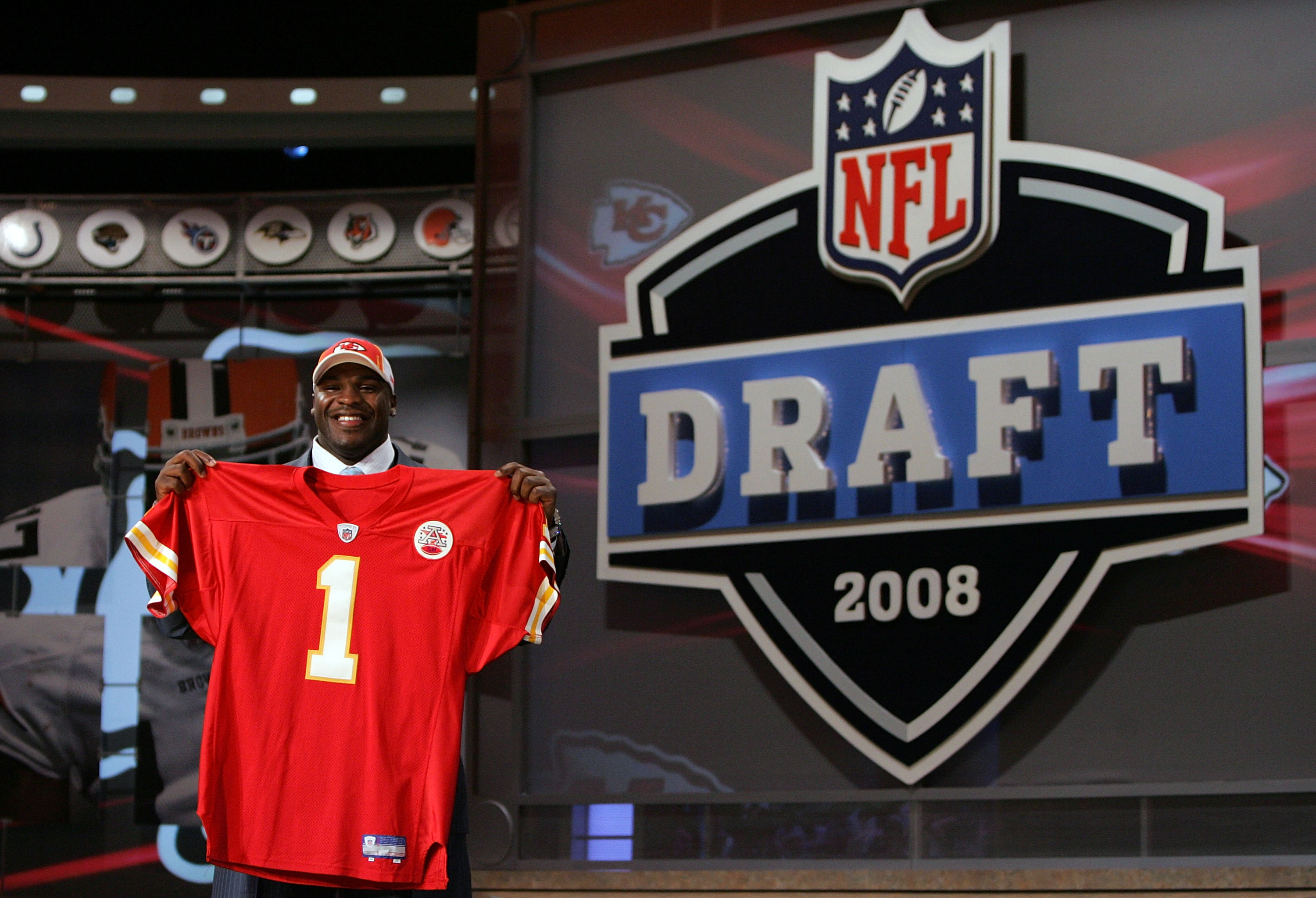 With the NFL Draft on the horizon, it’s easy for Kansas City Chiefs fans to become nostalgic for the past glory or pain these picks have caused.

With a rich history spanning over 50 years, there is a lot for Chiefs fans to remember.

Here are the seven most memorable draft picks in Chiefs history. 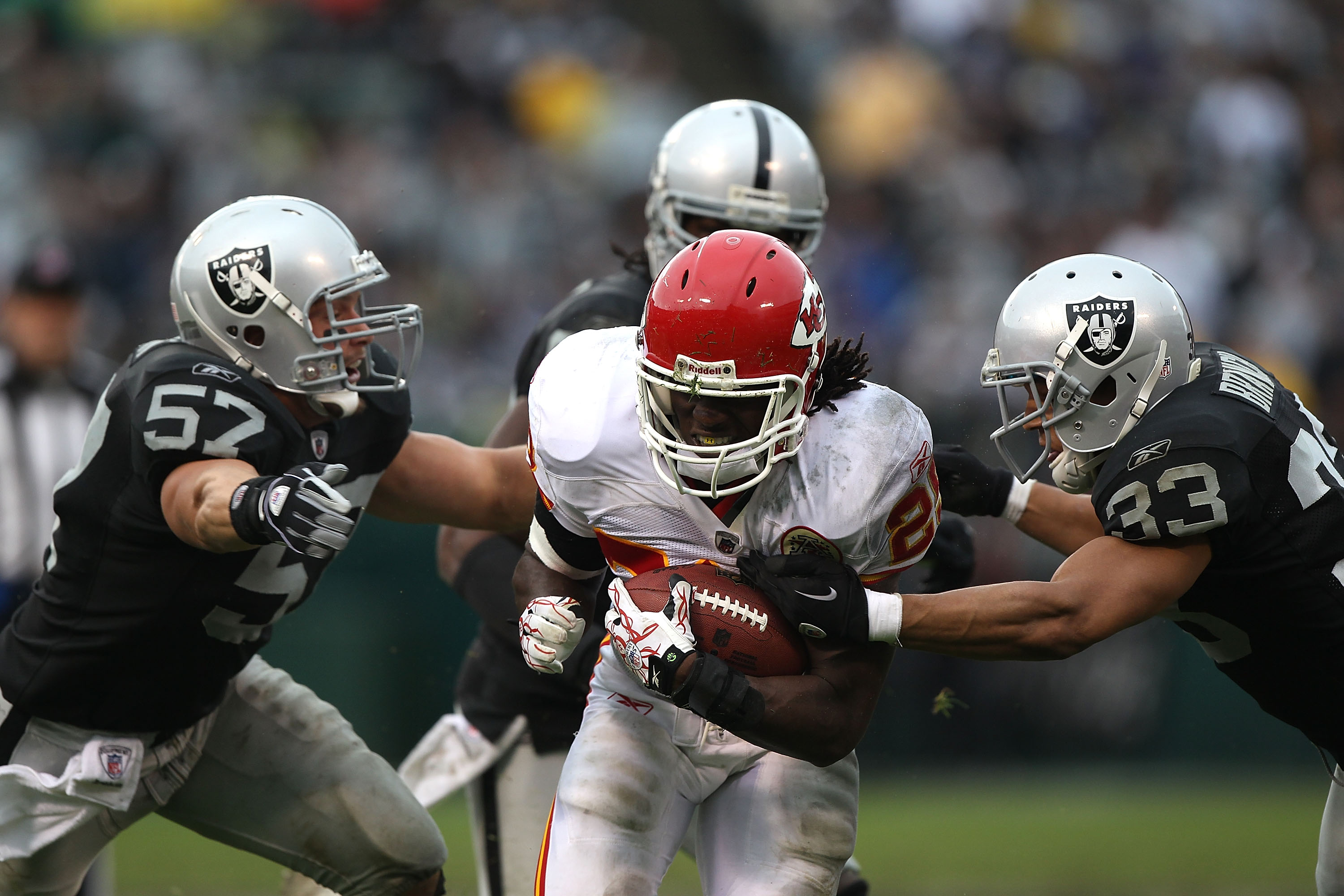 Drafted in the third round of the 2008 draft, Jamaal Charles is beginning to make a name for himself.

If he continues at this rate, he will easily jump onto this list. If not, he will still be liked better than Larry Johnson ever was, so at least that’s something. 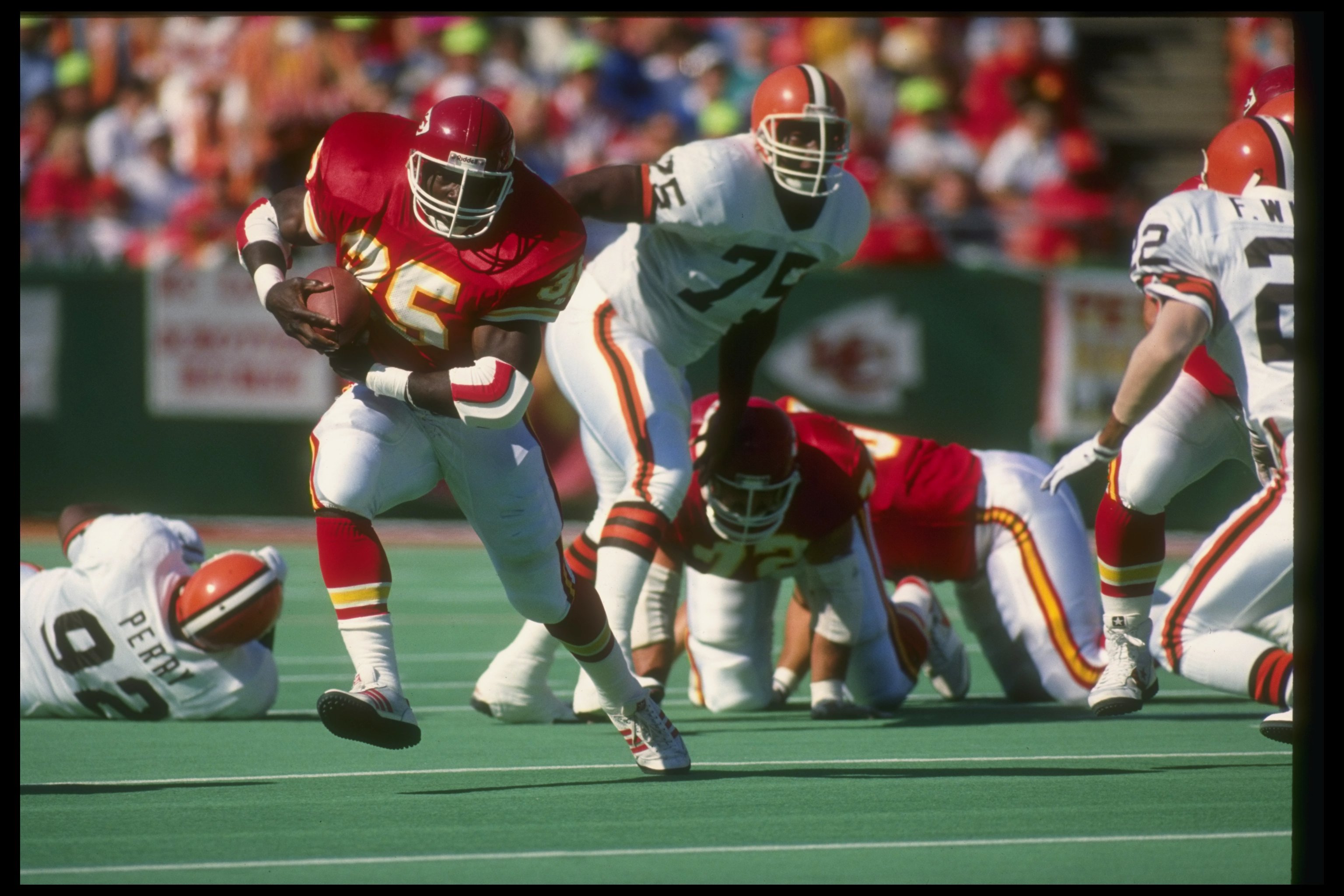 Christian Okoye was drafted early in the second round of the 1987 draft, and with that, the Nigerian Nightmare was born.

Okoye retired after just six seasons in the league due to injuries and a growing dislike of practices.

However, in those six seasons, Okoye became the Chiefs' career rushing leader, amassing 4,897 yards, even leading the league in 1989.

Although Priest Holmes has beaten those records since then, Okoye will live on as a folk hero amongst Chiefs fans. 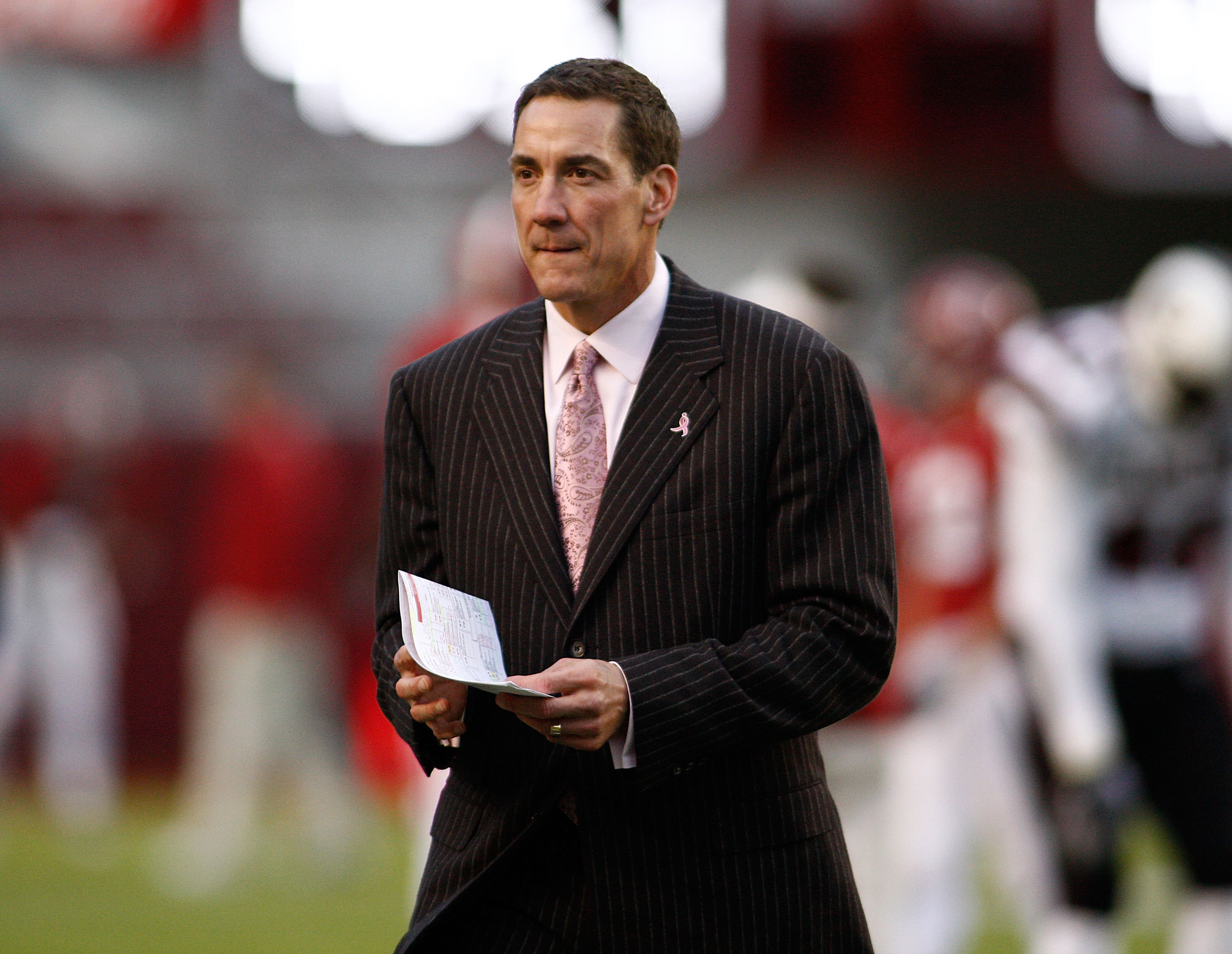 Some draft picks are memorable for the right reasons. Todd Blackledge is not one of those draft picks.

Blackledge was drafted with the seventh overall pick in the 1983 draft.

Expected to be the future franchise quarterback of the Chiefs, Kansas City selected him over future Hall Of Famers Jim Kelly and Dan Marino.

Instead, Blackledge has become known as the biggest failure in Chiefs draft history and a reminder of what could have been.

Blackledge lasted five seasons with the Chiefs before ending his career with the Pittsburgh Steelers. Three other quarterbacks in his draft class are now considered legends. At least he has been able to make a career as a broadcaster. 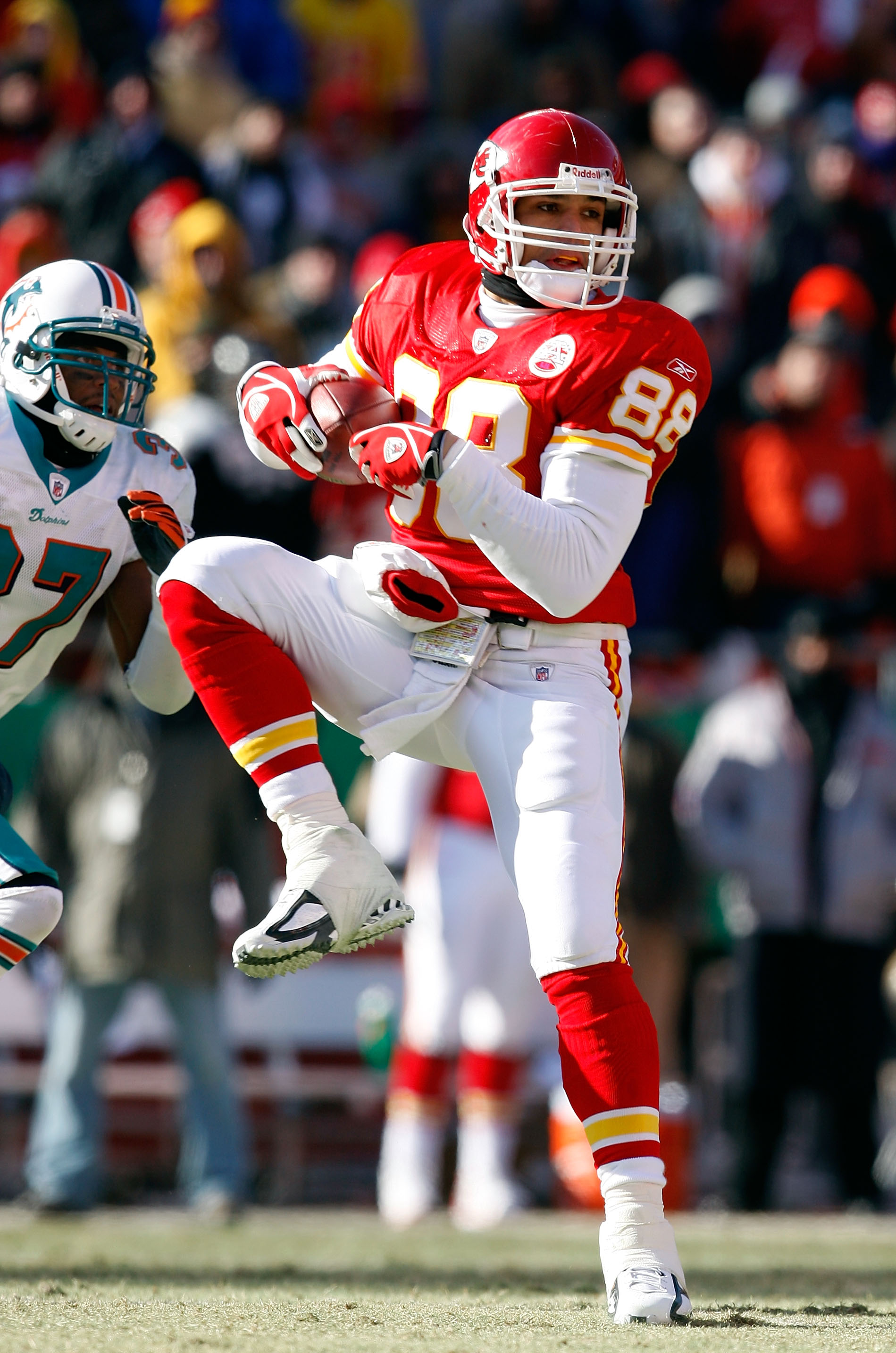 Drafted with the 13th pick overall in the 1997 draft, Tony Gonzalez will go down as the best tight end in the history of the NFL.

Gonzalez has set virtually every record for the position including receptions, receiving yards, touchdowns, as well as being selected to 11 Pro Bowls. 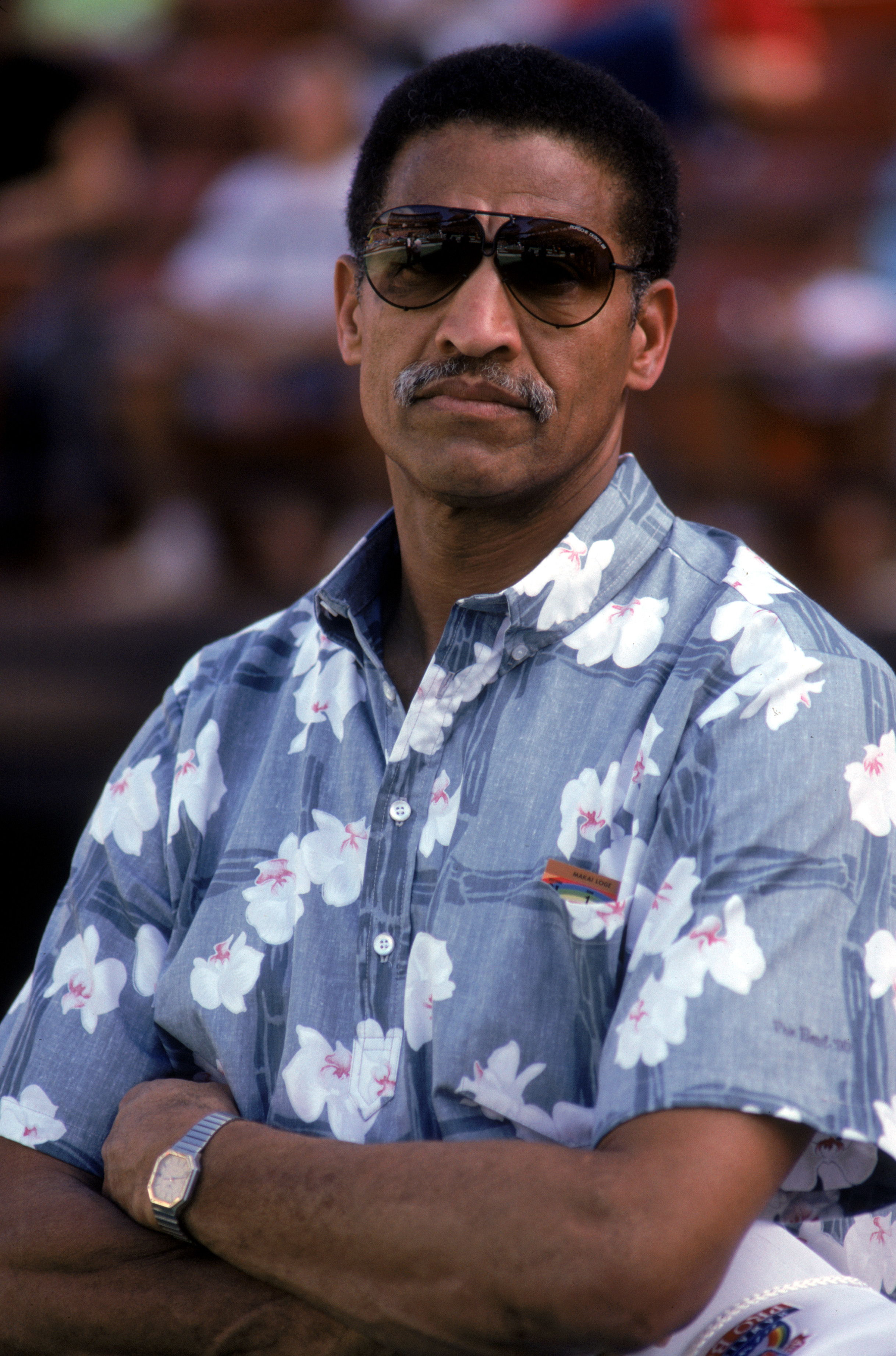 While the NFL was hesitant to draft Buck Buchanan (the Giants selected him in the 19th round), the AFL did not have the same reservations. Buchanan was drafted first overall in the 1963 AFL draft, making him the first black No. 1 draft choice in football history.

Buchanan played 182 games in his 13-year career as part of one of the toughest front fours in professional football history. His performance earned him a spot in the Pro Football Hall of Fame as well as on the All-Time AFL second team. 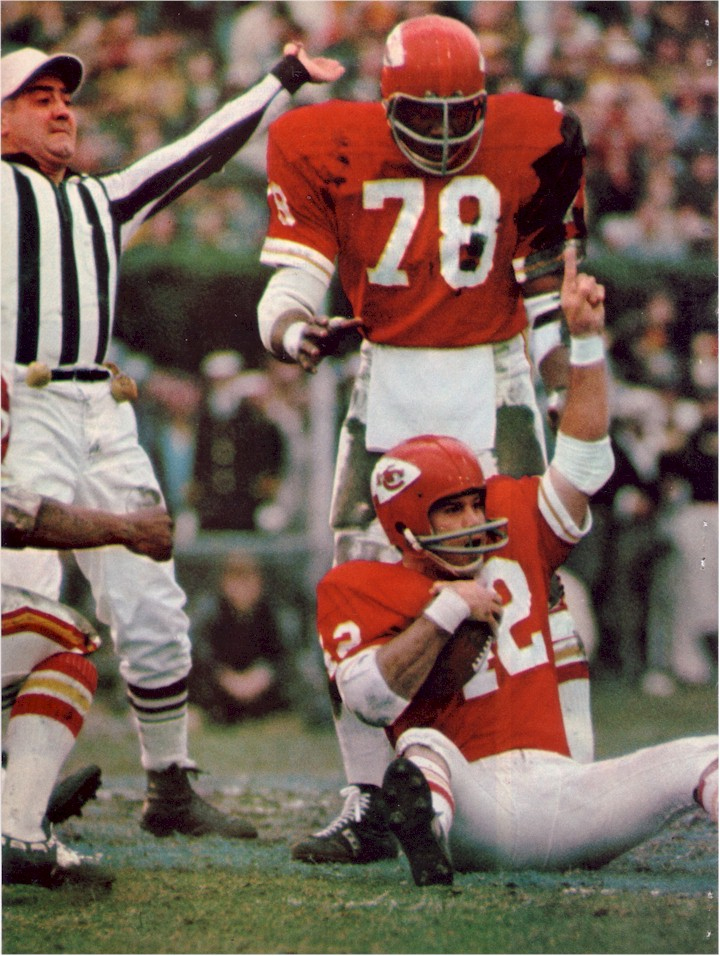 Bobby Bell is known as one of the fastest blitzers and most athletic defensive players in football history.

Drafted in the second round of the 1963 draft, Bell used this athleticism to earn his way into the Pro Football Hall of Fame as well as become part of the all-time AFL team. 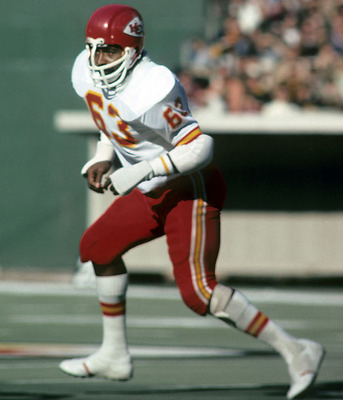 After losing in Super Bowl I, the Chiefs were forced to look for more defense. Their solution came in the form of Willie Lanier.

Lanier was drafted in the second round of the 1967 draft. Combined with Bobby Bell, the Chiefs had one of the most fearsome and highly revered linebacker tandems in football history.

Lanier was always a threat to force a turnover, picking off 27 passes and recovering 18 fumbles in his career.

Lanier was listed on the 75th Anniversary NFL team and was inducted into the Pro Football Hall of Fame in 1986. 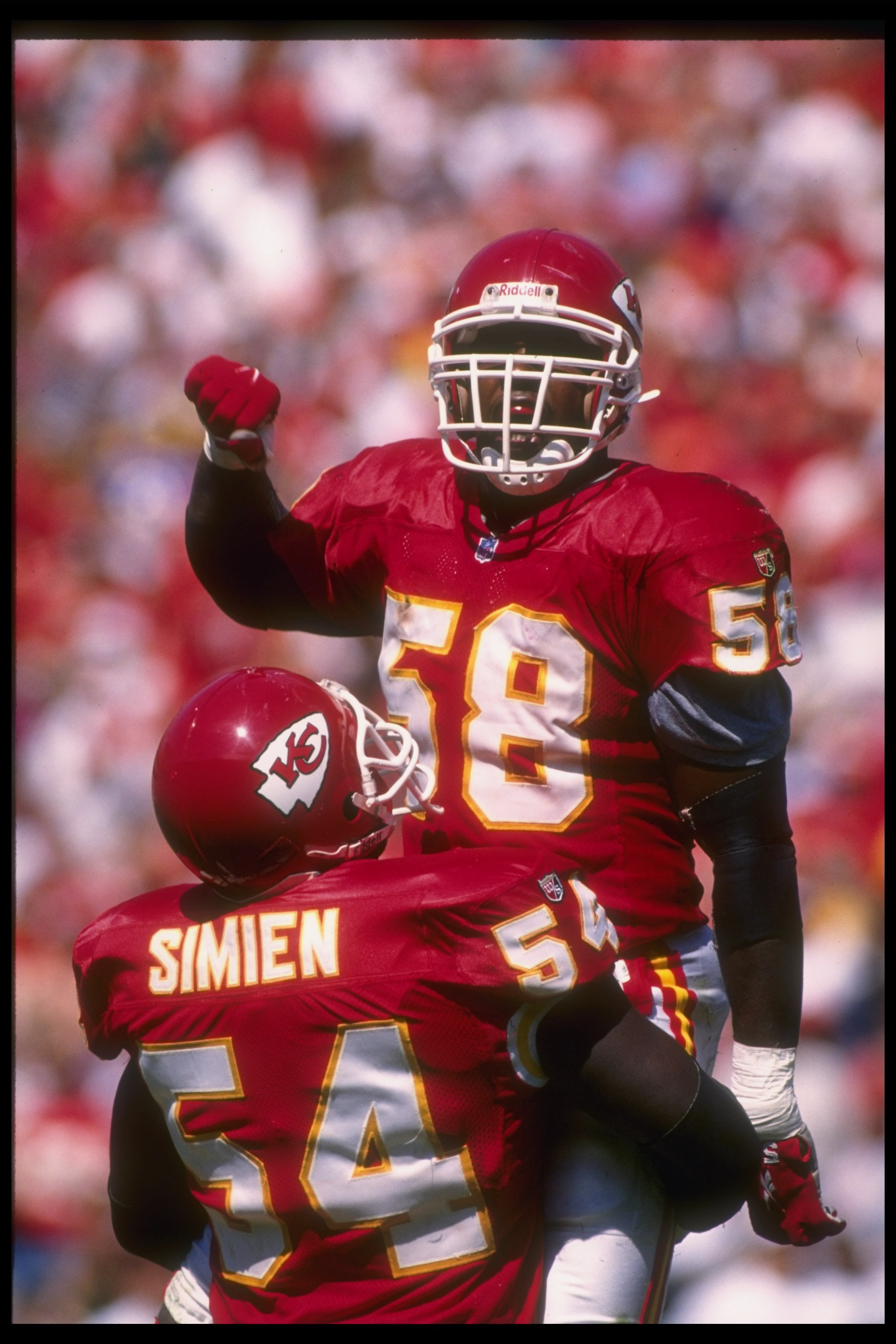 Drafted fourth overall in the 1989 draft, Derrick Thomas is legendary for a tragically shortened career that left him the anchor of a strong Chiefs defense in the 90’s.

Thomas is known as one of the best pass rushers of all time, becoming one of only 22 players in history to record over 100 sacks. He also holds the single game sack record with seven.