UFC Buys Strikeforce: The Winners and Losers of the Purchase 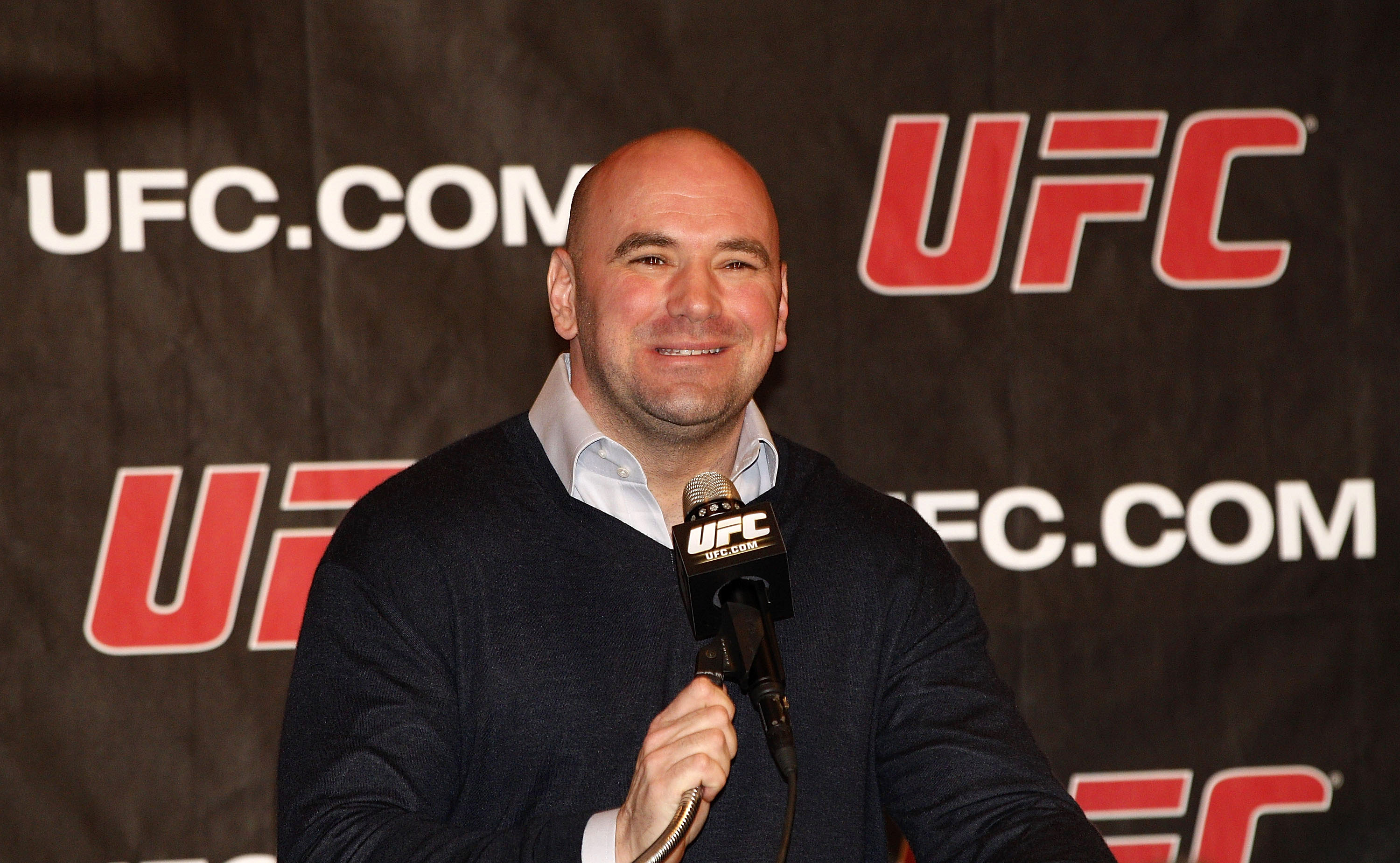 Helwani had the opportunity to sit down with UFC president Dana White to break the news to the public and discuss the details of the acquisition.

The news that Strikeforce is now under the Zuffa umbrella along with the UFC is monumental to say the least.

The last time a purchase of these proportions was made in the world of MMA is when Zuffa absorbed the Japanese organization PRIDE Fighting Championships in October 2007.

The purchase of Strikeforce differs from the purchase of PRIDE FC because Dana White has made it clear that both the UFC and Strikeforce will operate as separate entities, similar to how the WEC operated separately from the UFC for so many years prior to being merged with the UFC in late 2010.

Acquisitions from a business sense always have an upside and a downside; there are winners and there are losers. Let us examine some of the winners and losers coming out of Zuffa's latest acquisition.

Zuffa and Its Ownership Come Up Big 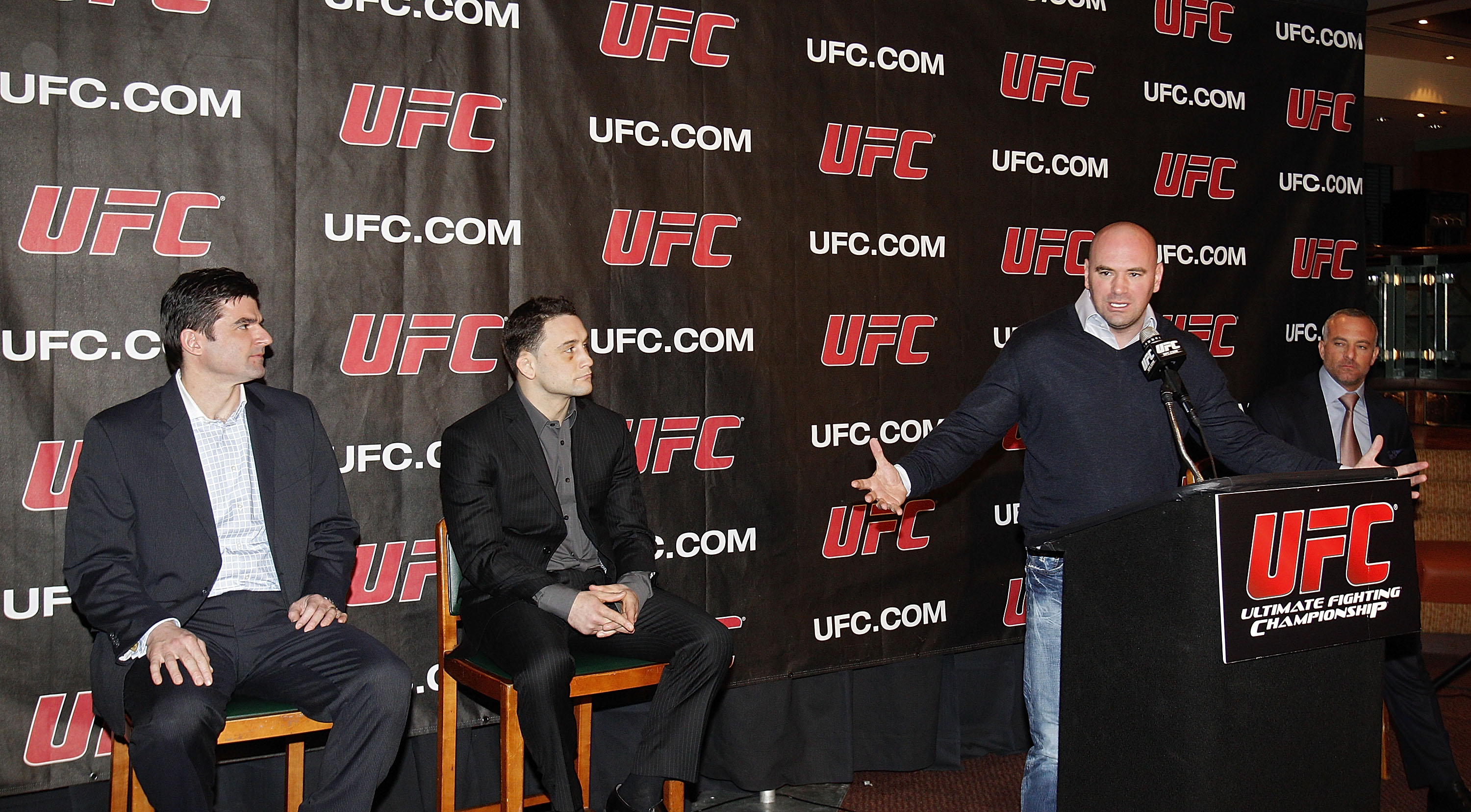 In the end it is Zuffa that made the offer to buy out Strikeforce, and that offer, despite some probable negotiations, was accepted by Strikeforce.

The big winners in this deal are obviously Zuffa and its interested parties, which includes co-founders, brothers and majority stakeholders Frank Fertitta III and Lorenzo Fertitta, along with Abu Dhabi-based company Flash Entertainment and UFC president Dana White.

Strikeforce represented competition towards the UFC and more than that, Strikeforce has fighters on its roster that fans are interested in watching compete.

The fact of the matter is whether Dana or the rest of the UFC Brass felt Strikeforce was a good promotion or not, fans bought into it and watched their fights.

The acquisition of Strikeforce by Zuffa brings the main competition on board with the UFC, it deepens the talent pool fighting under the Zuffa umbrella, which will allow for more shows and it provides another avenue for Zuffa to grow as a company.

All things that work out great for the guys who were with Zuffa prior to the acquisition.

Even the guys over at Strikeforce are getting a good deal; they are part of a solid company and for now everyone who is a part of the Strikeforce organization is keeping their jobs.

Some Fighters Win and Other Fighters Lose 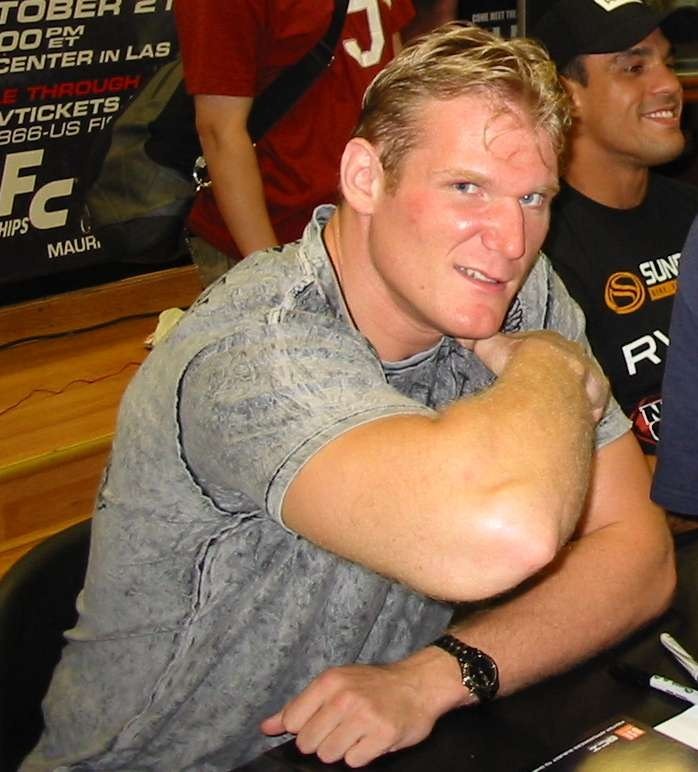 Despite the fact that Dana has said things will remain business as usual for Strikeforce, some fighters are bound to be uneasy with the news, while others are probably on cloud nine.

For many fighters fighting under the Strikeforce banner and trying to make a name for themselves, being part of Zuffa is probably music to their ears.

Not only do the fighters of Strikeforce have a much clearer avenue towards the UFC, but fighters will get the promotion and visibility that only a promotion giant like the UFC can provide.

Things maybe remaining business as usual for Strikeforce, but Dana White hinted to Helwani the idea of advertising Strikeforce events during UFC broadcasts.

Not only is there a clearer avenue for Strikeforce fighters to move to the UFC, but the contrary is true as well. Fighters who maybe struggled in the UFC might have a better chance at joining up with Strikeforce than in the past.

On the flip side, there are a host of fighters fighting under the Strikeforce banner that have had a strained relationship with the UFC and particularly Dana White.

White didn't deny the fact that he has his enemies over at Strikeforce and that's why he made it clear that it doesn't always have to be him that deals with them, since Scott Coker is still the main guy and the Fertittas can do business with the guys over there as well.

Fighters like Josh Barnett, Paul Daley, Nick Diaz and Fedor Emelianenko are a few of the names that come to mind when thinking about the losers in the Strikeforce buy out.

Paul Daley seems to be so uneasy with the deal that he might not even be fighting for the Strikeforce welterweight title against Nick Diaz on April 9. The cocky Brit posted the following on his Facebook page shortly after the news broke about the acquisition.

"Business as usual, what if i don't wanna fight for DANA WHITE/ZUFFA?...Dana white bans me for life from the UFC, Then buys STRIKEFORCE, and thinks I'm still gonna be EASY and fight on one of the most anticipated fights of the year (vs Diaz)? Which will no doubt make ZUFFA/Dana White money. Daley vs. Diaz still on?...Someone better holla at my manager real quick."

Combine a situation like Daley's and the disagreements M1 Global (Fedor Emelianenko's management group) have had with the UFC and one has to see that Zuffa's purchase maybe isn't all roses for everyone.

In any case, more fighters benefit from the Strikeforce acquisition than are hurt, but there are definitely guys on both sides of the fence.

Hard Feelings Aside, Showtime Is Getting a Pretty Sweet Deal

The Showtime television station has been dragged through the mud by Dana White in the past and vice president Ken Hershman can certainly attest to that.

White didn't deny the fact that the people over at Showtime probably aren't his best friend while talking to Helwani, but to him it doesn't change the fact that Strikeforce will still be broadcast on that channel.

Despite the lambasting Showtime has received at the hands of the UFC president, the fact that Strikeforce is under the Zuffa umbrella will actually work out great for the station.

As mentioned earlier, Dana White has discussed the promotion of Strikeforce cards during UFC events and the reality of it is that the UFC reaches a lot more people than Strikeforce or Showtime ever have.

So to have Strikeforce cards promoted by the UFC should only increase Showtime membership numbers as time goes on.

At the end of Showtime's contract with Strikeforce, who knows what will happen, but until then they will be reaping the benefits of Strikeforce's purchase by Zuffa.

Whether Fans Like It or Not, They Are Probably Winners as Well 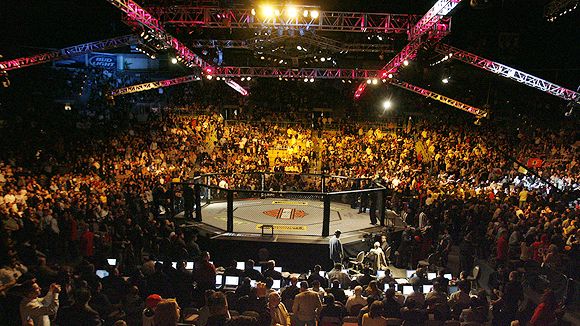 One only has to frequent a few MMA forums to see that there are a host of fans who don't appreciate the UFC very much, they are obviously the minority, but they do exist.

The brash tactics and off-the-cuff style of UFC president Dana White can get under one's skin rather easily and most of the fans who dislike the UFC, dislike it because of the UFC president's attitude. These fans maybe feel like they are losing now that Strikeforce has become part of Zuffa.

In reality, the Zuffa acquisition will probably work out better for most fans in the long run. For the simple reason that the talent pool is mostly all under one roof now.

Despite the fact that White has made it clear that Strikeforce will continue to conduct themselves the way they always have it doesn't mean things will stay like that forever.

Once a certain fighter's contract is up, that fighter is open to sign where they want and with the two biggest promotions under one roof, the chances that we see fighters crossover between the two promotions are much higher than in the past.

Although fans won't get to see it just yet, the idea of Cain Velasquez vs. Alistair Overeem, Gilbert Melendez vs. Frankie Edgar or even Fedor Emelianenko vs. Brock Lesnar maybe all have a much greater chance at coming to fruition than in the past and these are fights fans everywhere would like to see.

With the deeper talent pool also comes more events. The UFC's intentions have always been to continue expanding in to new markets and with another promotion to put on events it will only help the UFC in conquering its goals. More markets means more fights, which means better for fight fans everywhere.

All in All, There Are More Winners Than Losers 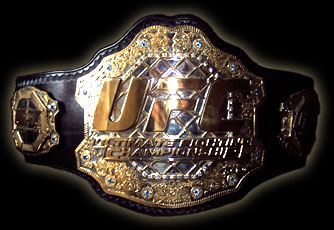 Despite some fighters and some of the fans there are more winners than losers now that Strikeforce is a Zuffa subsidiary.

Many will make the claim that having a monopoly is never a good thing, but in sports one could make the argument that it is.

Would football fans enjoy the sport as much if leagues like the CFL and the UFL were just as competitive? Would the professional hockey be as fun to watch as it is now if the talent was spread out across two to three different leagues? How about the NBA or ATP and WTA tennis? No way.

The fact of the matter is that when it comes to professional sports, the talent pools are limited and to dilute those talent pools by having them spread out across two, three, four or any multitude of organizations damages the integrity of the sport.

One just has to take a look at the world of boxing, where champions of respective weight classes are spread across multiple organizations. The result of which is having champions fight lower-caliber fighters because the best ones are tied up elsewhere.

For the people who disagree with my sentiments, don't forget about Bellator Fighting Championships, Fight Entertainment Group in Japan or all the other smaller organizations that will have an opportunity to make moves like Strikeforce has over the last couple of years.

No matter who won and who lost, this writer is salivating at the possibility of being able to cover some of the biggest superfights in history, and fans most certainly are as well.

Leon Horne has been contributing to Bleacher Report for two years now. He focuses mainly on mixed martial arts, but he has also written about tennis, football and hockey. Just send him a message if you want to talk sports or discuss any opportunities. You can follow him on Twitter for updates: