NBA Predictions: 2011 Lottery Teams That Could Make the Playoffs in 2012 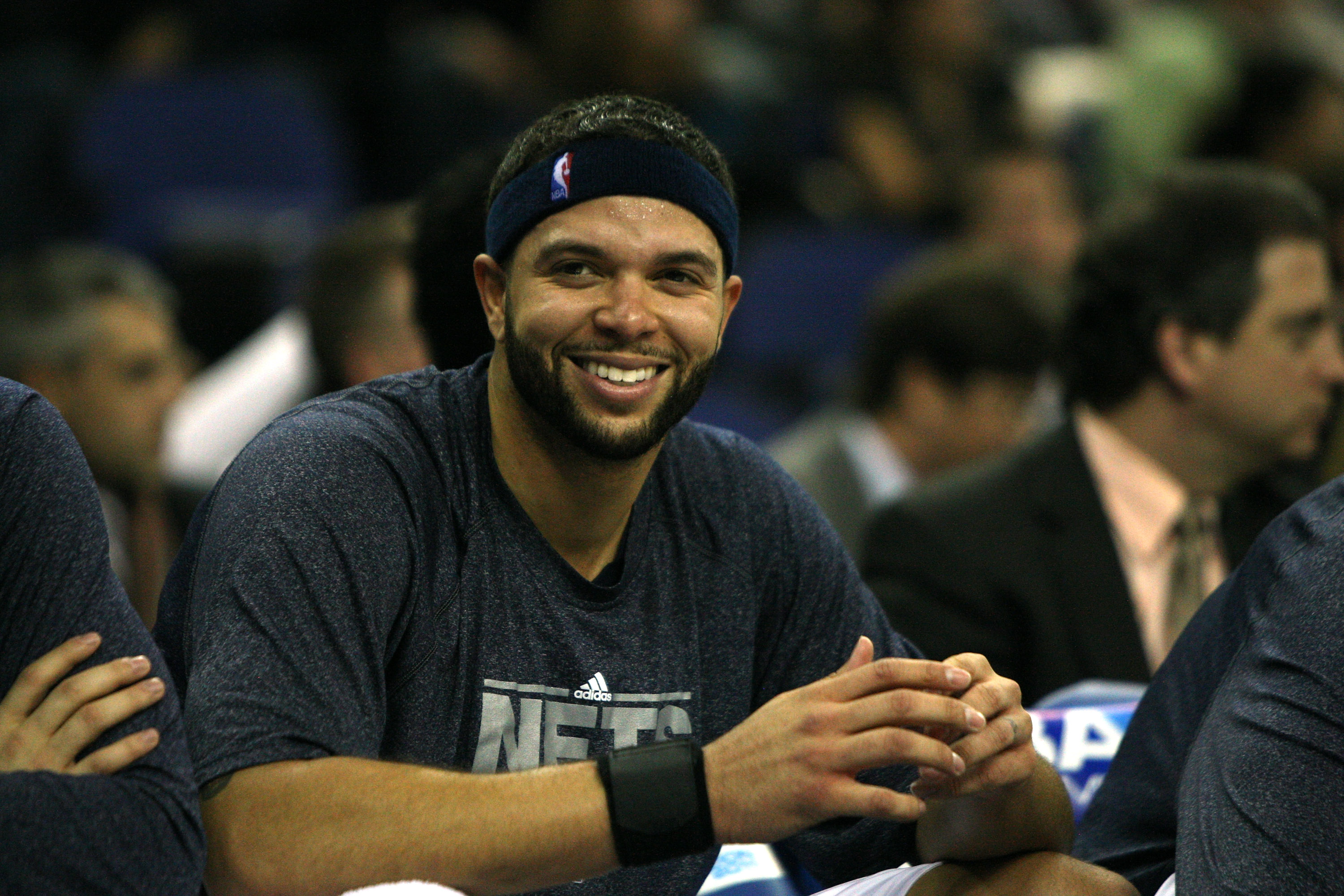 The season is already over for several teams in the NBA and likely over for a few others. That doesn't mean those teams don't have reason to be happy.

Several of those teams have a very legitimate chance to make the NBA's Big Dance next year.

Several of them are young and already showing signs of promise for next year. Some are one or two pieces away from contending for the playoffs.

This slideshow ranks the lottery teams that are most likely to make the playoffs next year... 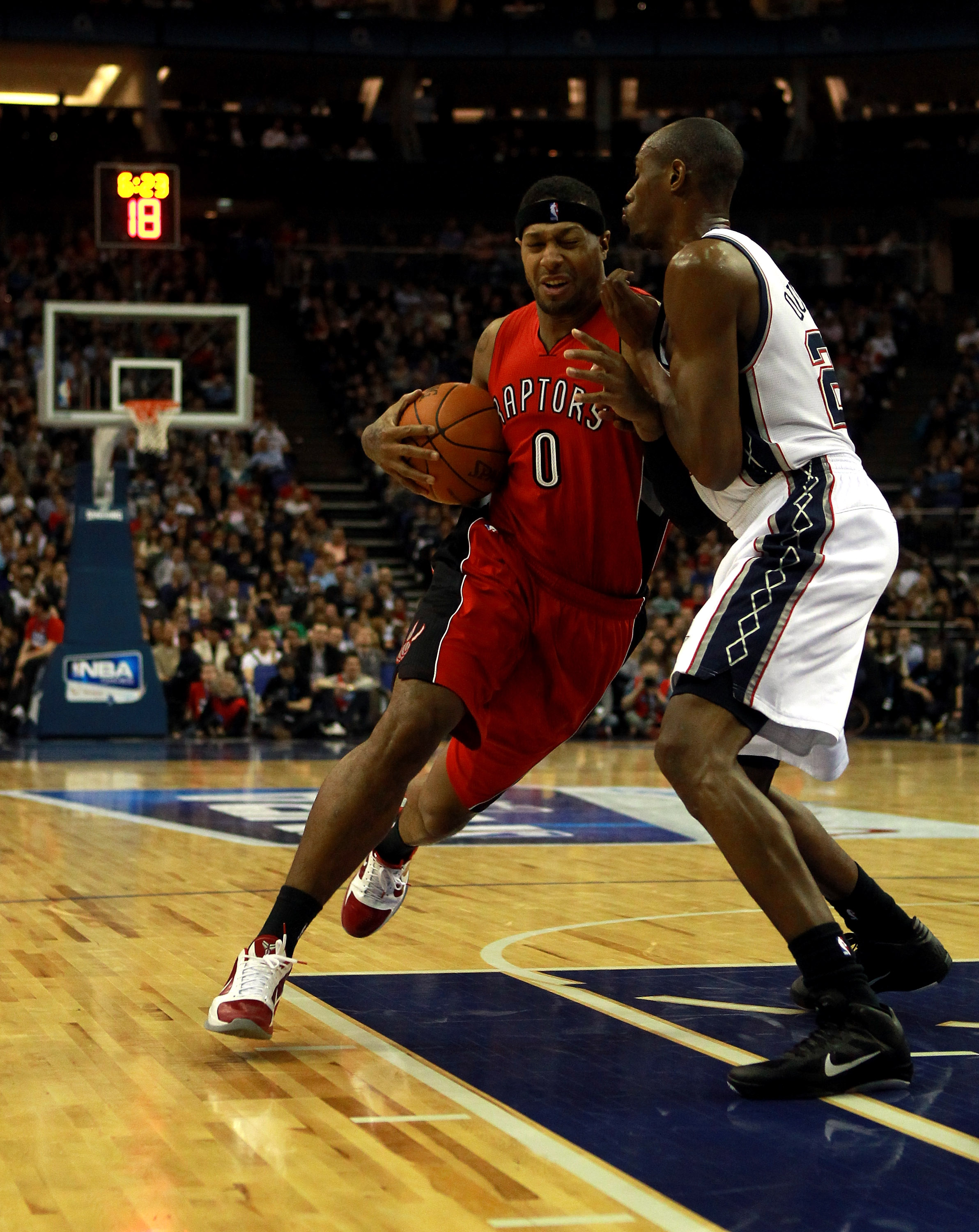 What They Need To Add: Defensive-Minded Center

The Raptors are probably still a couple years away, but they do have an outside shot at next year's playoffs.

DeRozan and Bargnani are both fantastic scorers, but the team needs a lot of work on defense.

That's where James Johnson comes in. He's been one of the most underrated deadline acquisitions. If you saw his defense against Kevin Durant last night, you know why.

They could use a defensive-minded center because Bargnani is definitely more of a stretch power forward like Dirk Nowitzki.

With that in place, they'd have a solid young roster that could compete for a playoff spot in the Eastern Conference where a team with a losing record often snags the eighth seed. 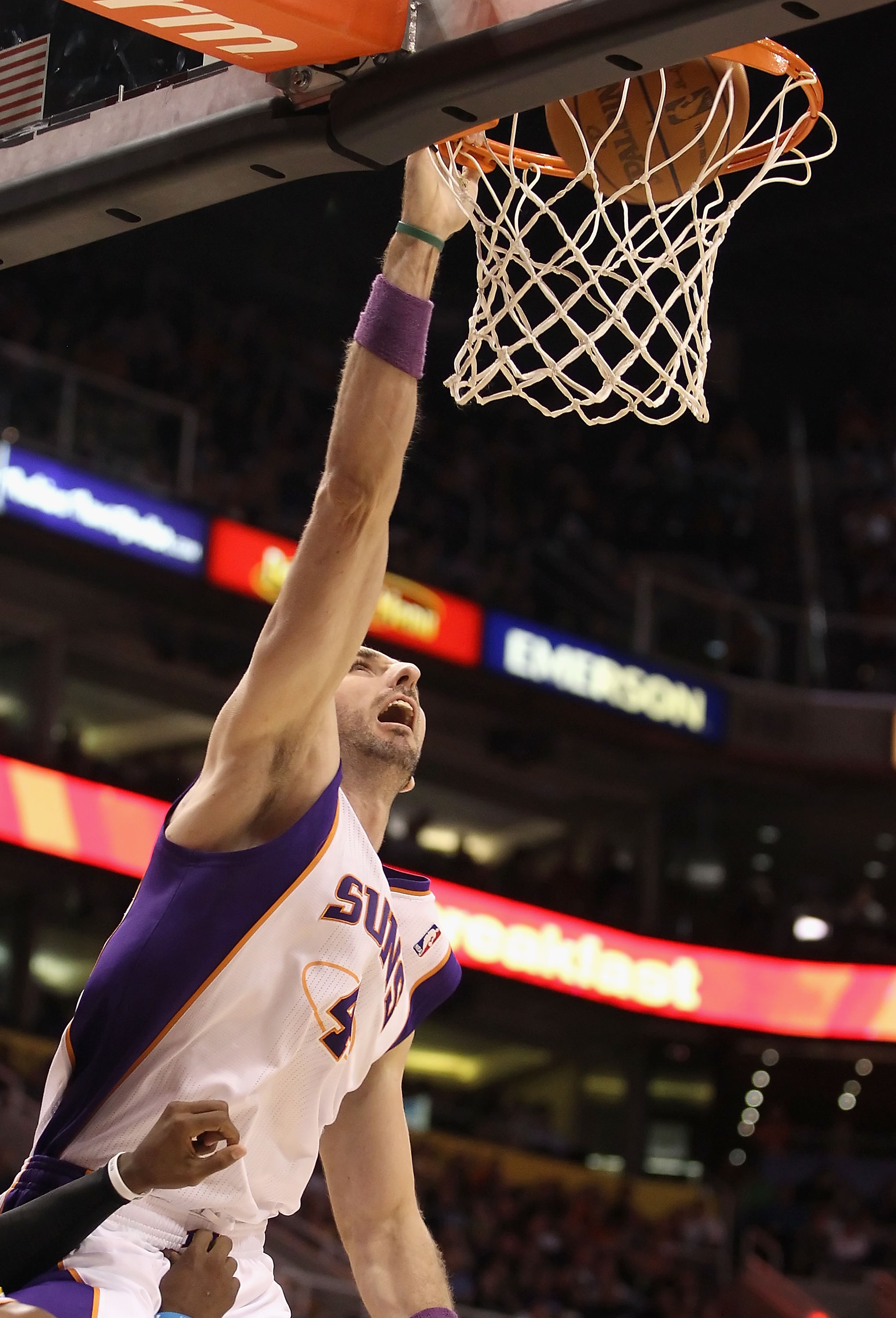 What They Need To Add: Young Wing

The Suns are actually sliding out of the playoff picture for next year.  However, if they keep Steve Nash, they'll at least have a chance.

The thing is, there is a good chance Nash will be dealt this offseason.

If that happens, they'll begin rebuilding around Aaron Brooks and Marcin Gortat—that doesn't sound like a formula for a playoff berth to me. 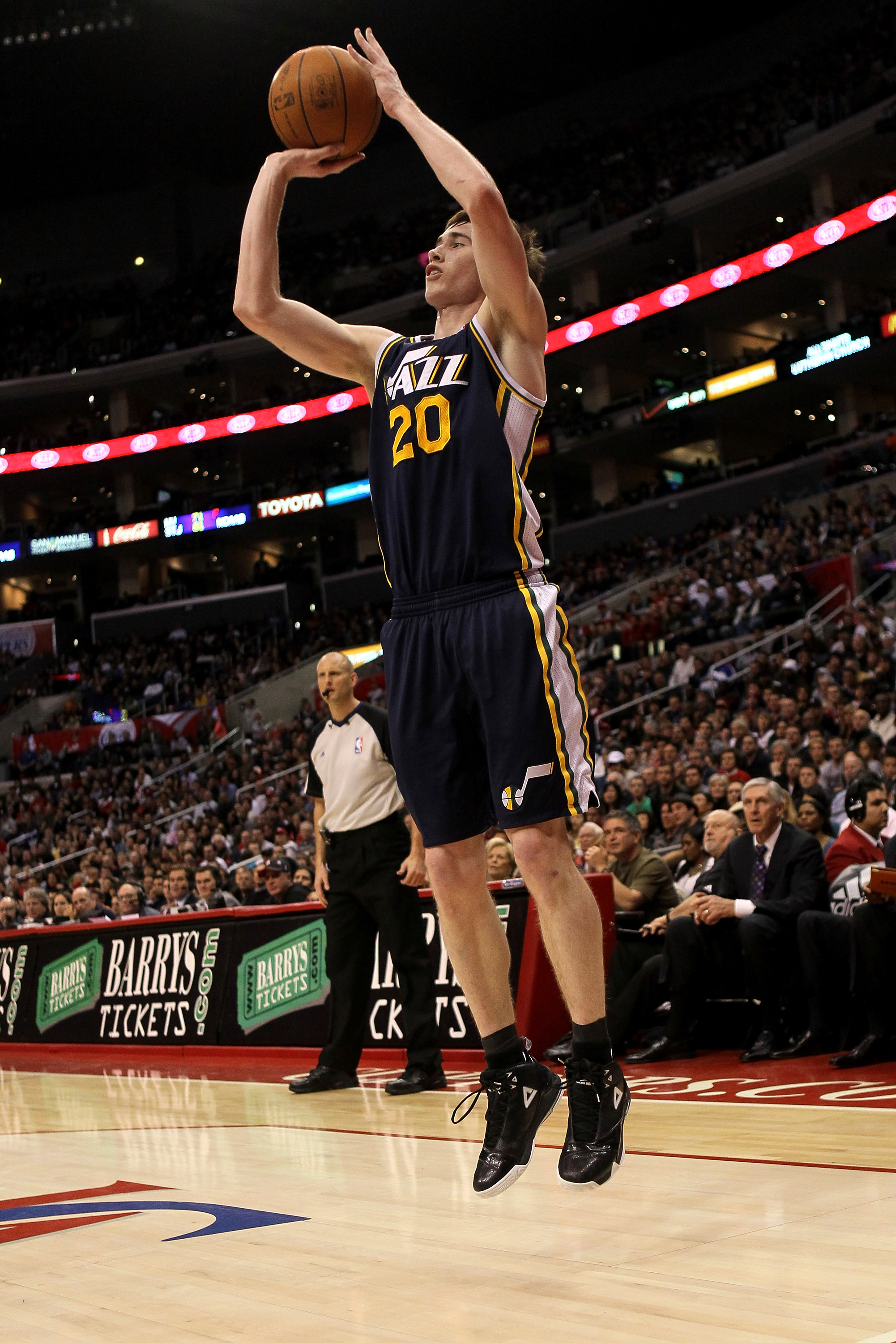 What They Need To Add: Can Upgrade Anything but Power Forward

The Jazz are a mess right now.  In the last several weeks, they've lost one of the best coaches in basketball history and traded away the best player on the team.

Now, they have a combo guard trying to fill the shoes of one of the best distributors in the league, two power forwards playing in the frontcourt and a pretty big void where wings should be.

Even with all that chaos, the Jazz still have a great deal of tradition and could be back in the playoffs as early as next year. 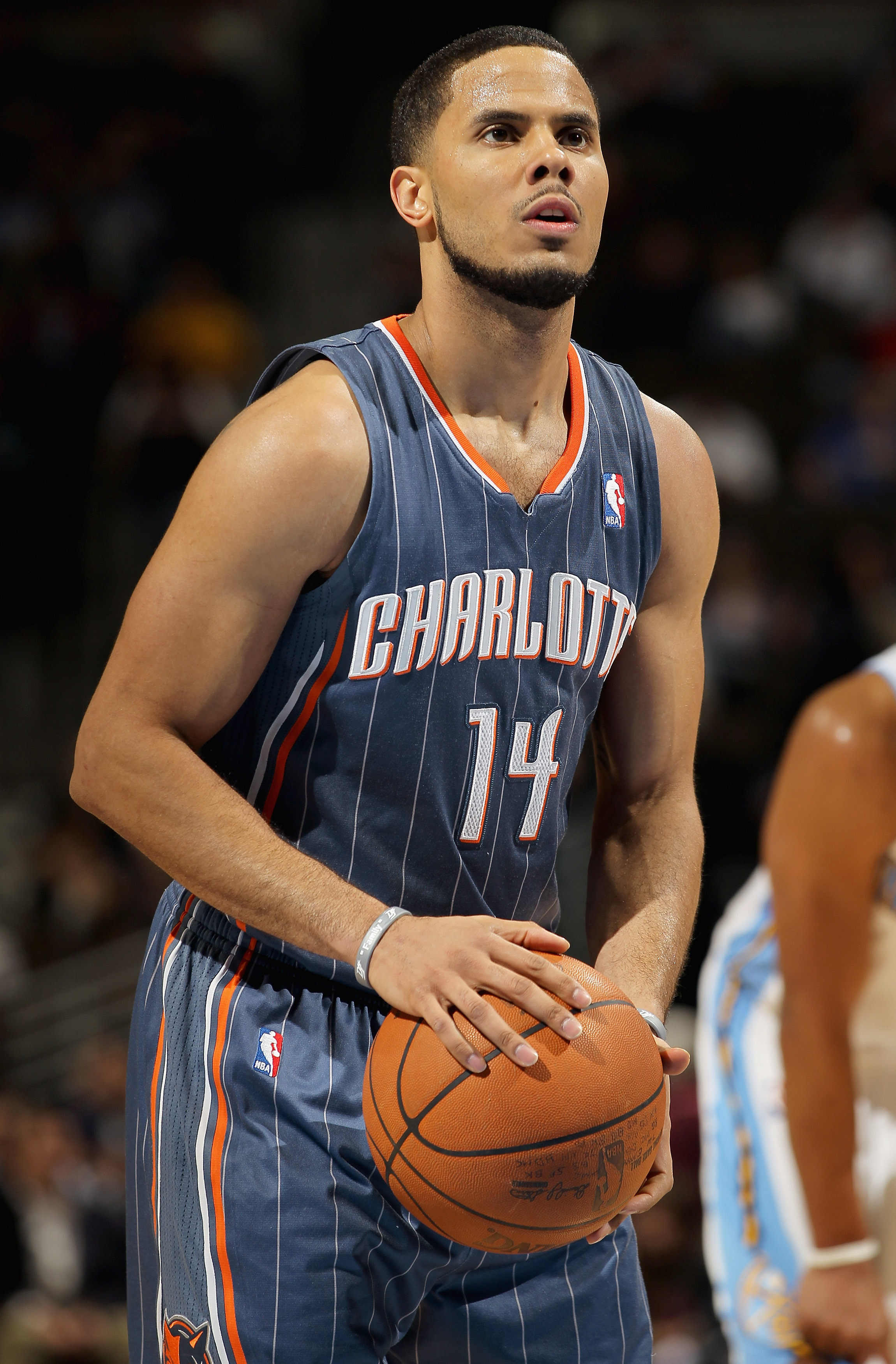 What They Need To Add: Young Wing or a Center

Like the Raptors, the Bobcats' chances of making the playoffs next year are largely connected to the fact that they play in the Eastern Conference.

The team was not performing well with Larry Brown's hard-nosed, old-school style, so they let him go.  They've been better with Paul Silas.

An entire season with this system could lead them to the eighth seed in 2012. 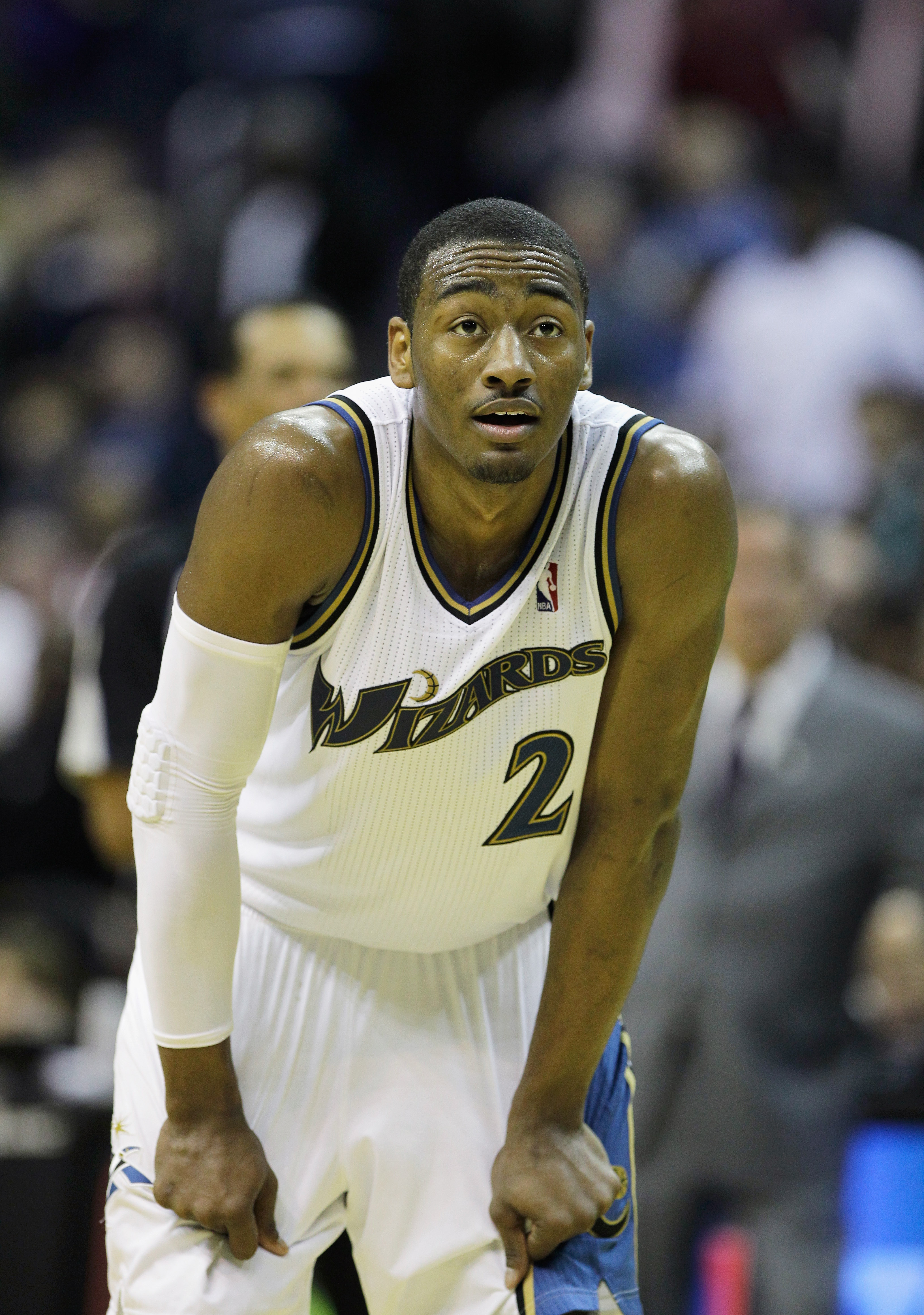 The Wizards have a lot they can improve on, but they also have one of the most exciting young backcourts in the NBA.

They could be as difficult to guard as any duo in the league in a couple years.

Every once in a while, a team develops faster than they're expected to. If that happens with the Wizards, they could sneak in next year. 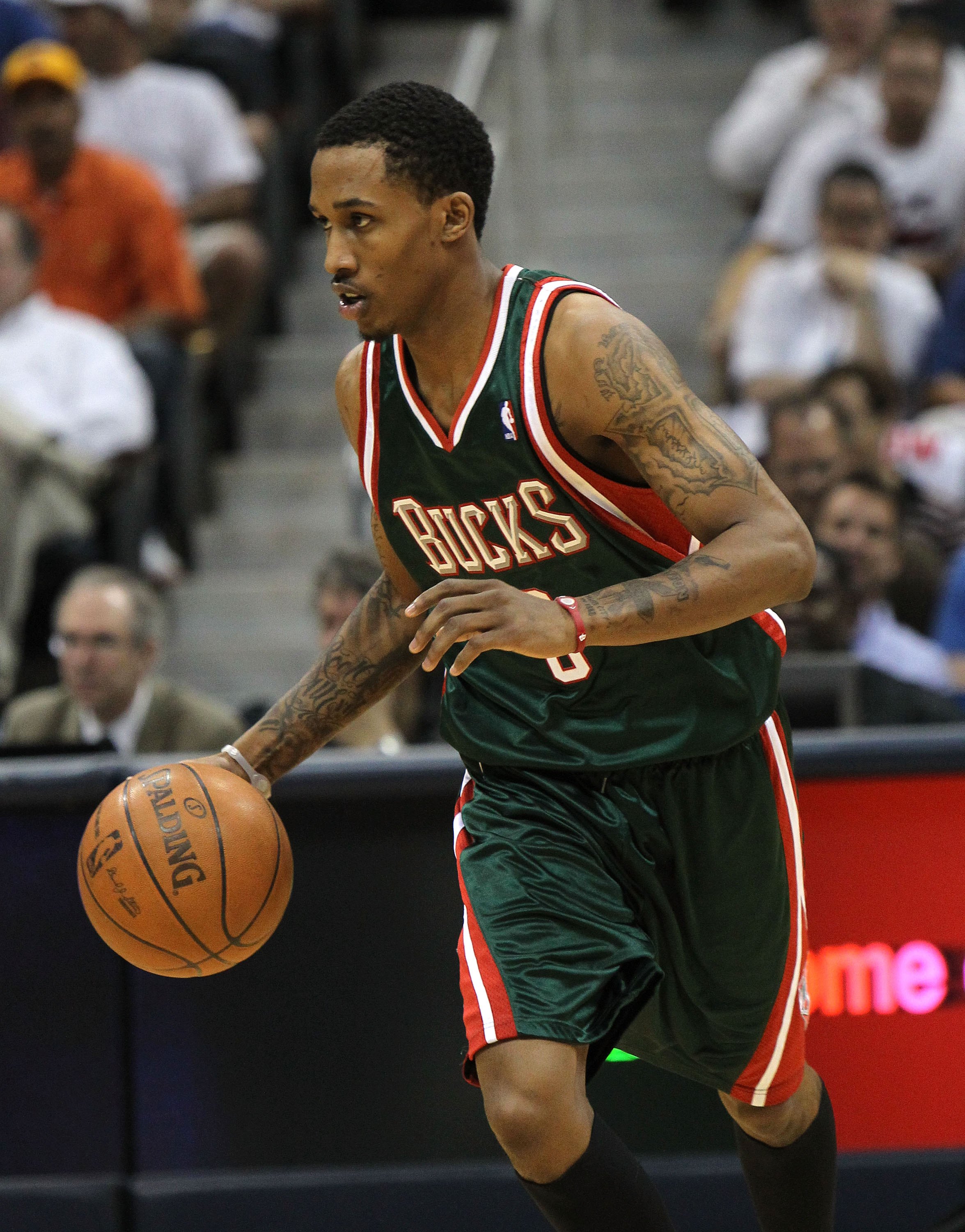 What They Need To Add: Power Forward or Small Forward

The Bucks have definitely been one of the most disappointing teams in the league this year.

Many thought they could rise to fourth or fifth in the East this year, but they find themselves on the outside looking in.

Brandon Jennings needs to do a lot of work on his jump shot and ability to take care of the ball this offseason.  His inconsistency is a big part of their shortcomings.

If they can find a consistent scoring forward to play between Jennings and Bogut, they'd have a much better shot at the playoffs. 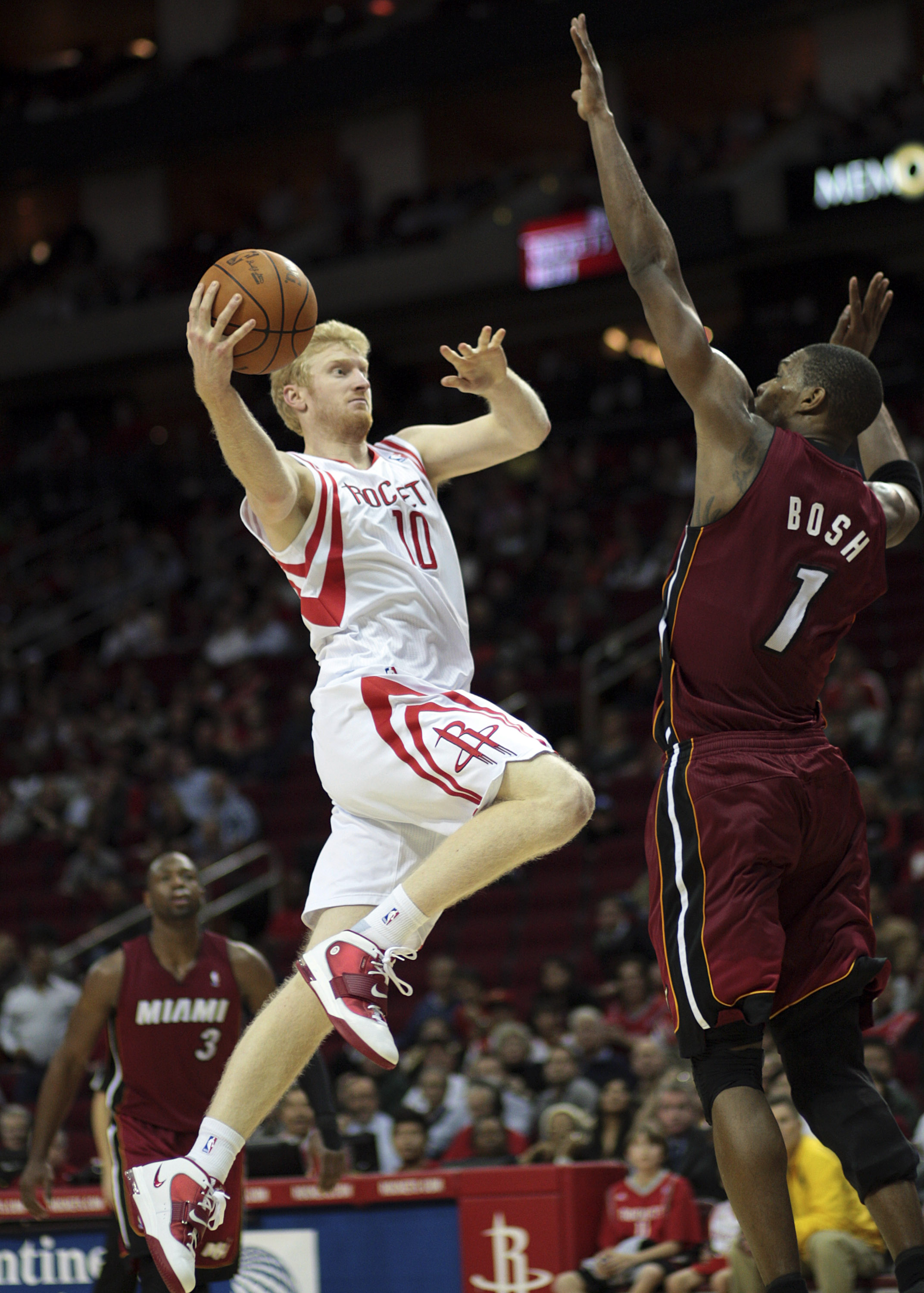 What They Need To Add: A Replacement for Yao

Outside of a legitimate center, the Rockets seemingly have everything they need on their roster.

Lowry, Martin, Chase Budinger and Luis Scola are all solid starters.  And while Chuck Hayes has been decent this year, a 6'6" center simply isn't going to cut it in the NBA.

They're already competing for a playoff spot this year.  So if they add a legitimate replacement for Yao this offseason, their chances for next year are great. 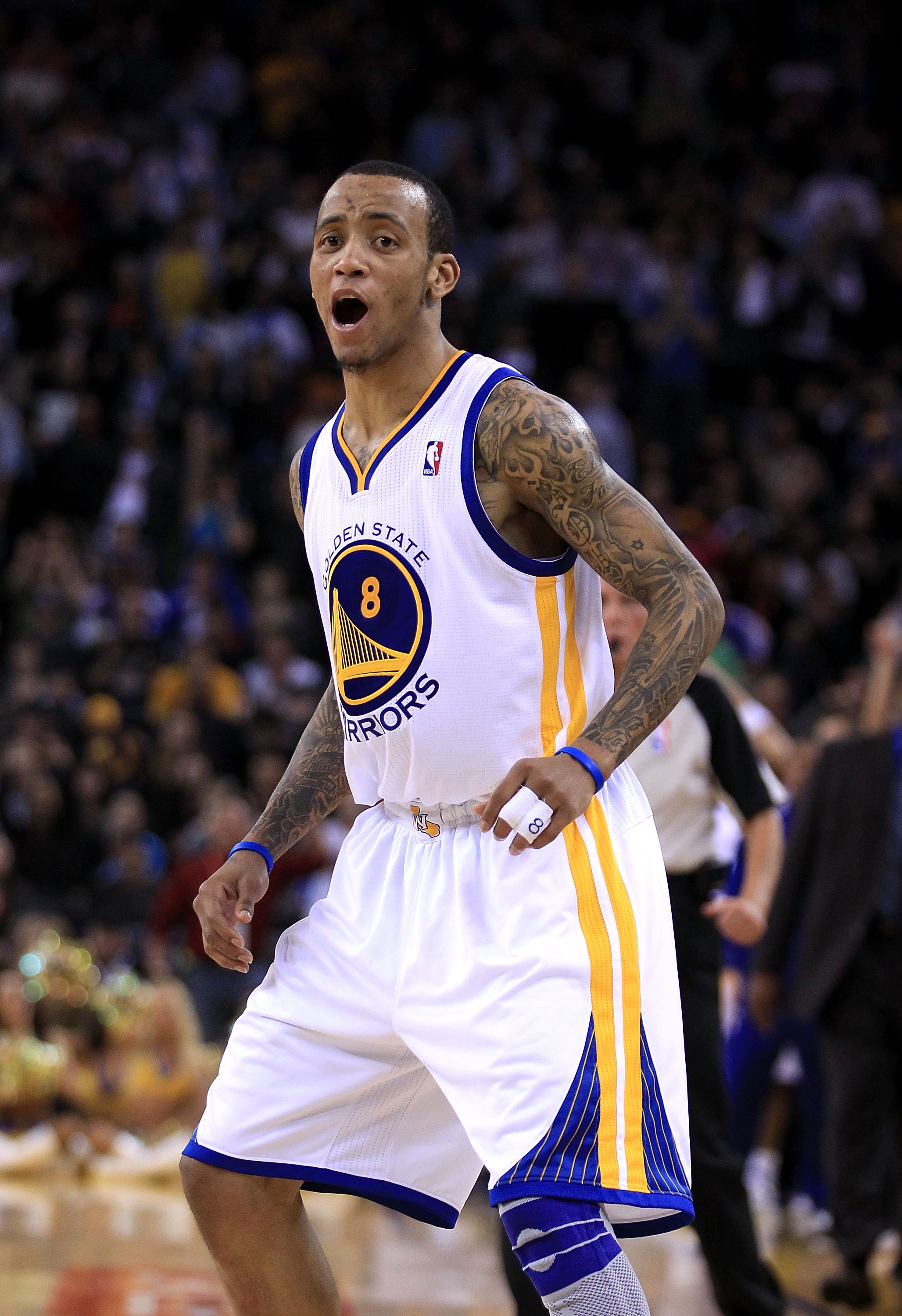 What They Need To Add: Center

Playoff team or not, the Warriors have one of the most talented young cores in the NBA.

Monta Ellis and Stephen Curry are two of the most explosive scorers and underrated passers in the league. Plus, Dorell Wright has proven that he can put up big numbers as well.

Obviously, what they need to improve is defense. In fact, they're one of the worst defensive teams in the league.

They tried to fix that by hiring a defensive-minded coach like Keith Smart this year, but several reports have him getting fired this offseason.

If they find a coach that everyone can get behind, they could make some noise next year. 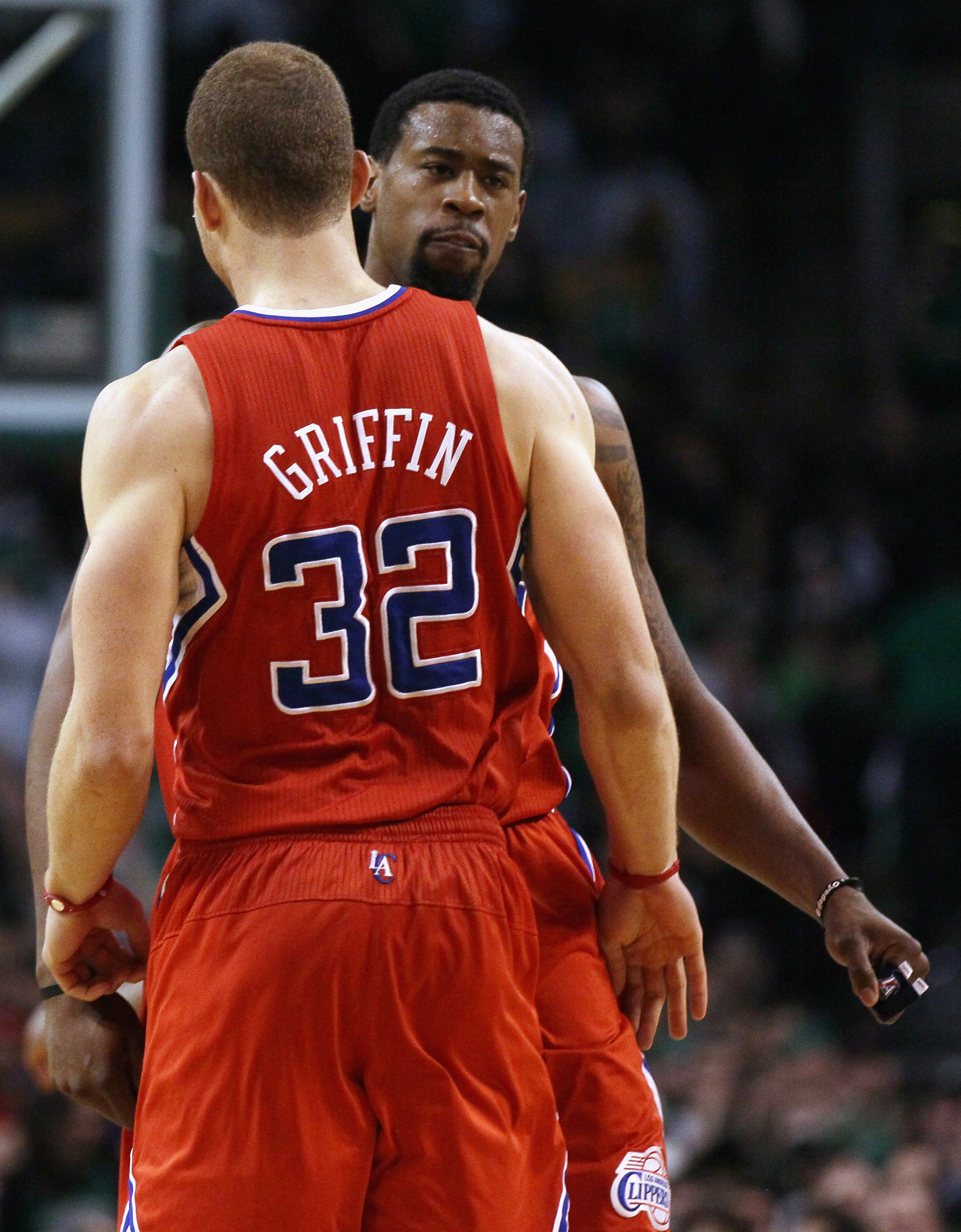 What They Need To Add: Small Forward

The Clippers are set at every position but small forward right now. Al-Farouq Aminu has a little bit of potential, but even after a season in the pros, he looks pretty raw.

They can definitely upgrade at the position and may be able to do so by trading former All-Star center Chris Kaman. DeAndre Jordan can step in and start in that role next year.

Even with their current incomplete roster, they've shown flashes of what they can become.  They were 9-5 in January and are 6-4 so far this month. 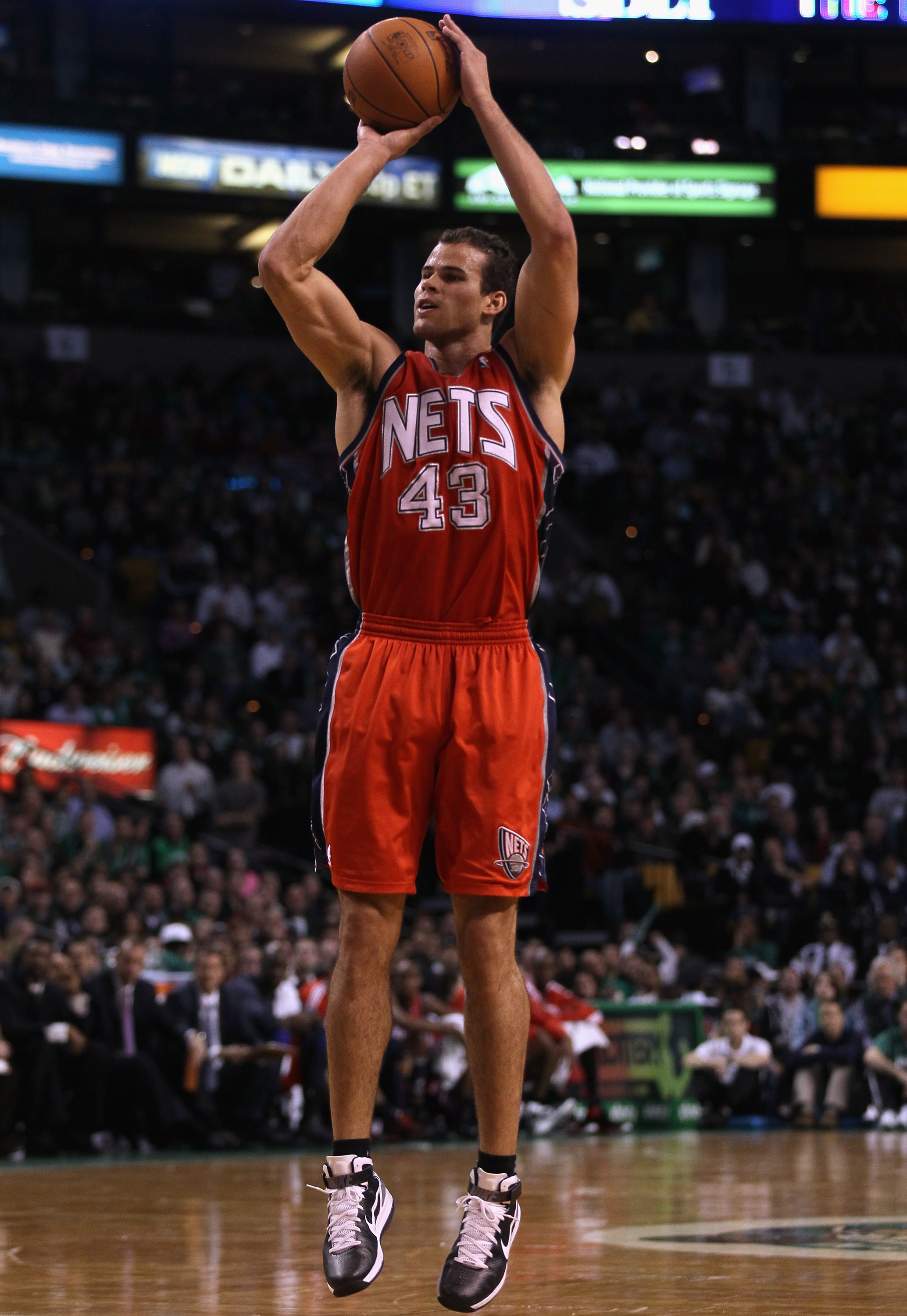 What They Need To Add: Scoring Wing

The Nets might be a lock for next year's playoffs already.  And if Deron Williams hadn't gone down with a wrist injury, they had an outside shot at the eighth seed this year.

Brook Lopez looks much more motivated and Kris Humphries is finally getting to show off just how effective he can be since the departure of Derrick Favors (who had no business starting over Humphries in the first place).

Anthony Morrow is a solid scorer at the shooting guard position, but the team still needs one more option for Williams to pass to.

They have a hole at small forward and should fill that in the offseason.

If they make the playoffs next year, the chances of Deron Williams re-signing will go up tenfold.

Jimmer Fredette, Kemba Walker and the 10 Most Explosive Prospects

Harrison Barnes and Each 2011 NBA Draft Prospect from Friday

Jimmer Fredette and Each 2011 NBA Draft Prospect From Thursday

Andrew Bynum and the 10 Most Underrated Players in the NBA

Will Jimmer Fredette Win NBA Rookie of the Year in 2012?