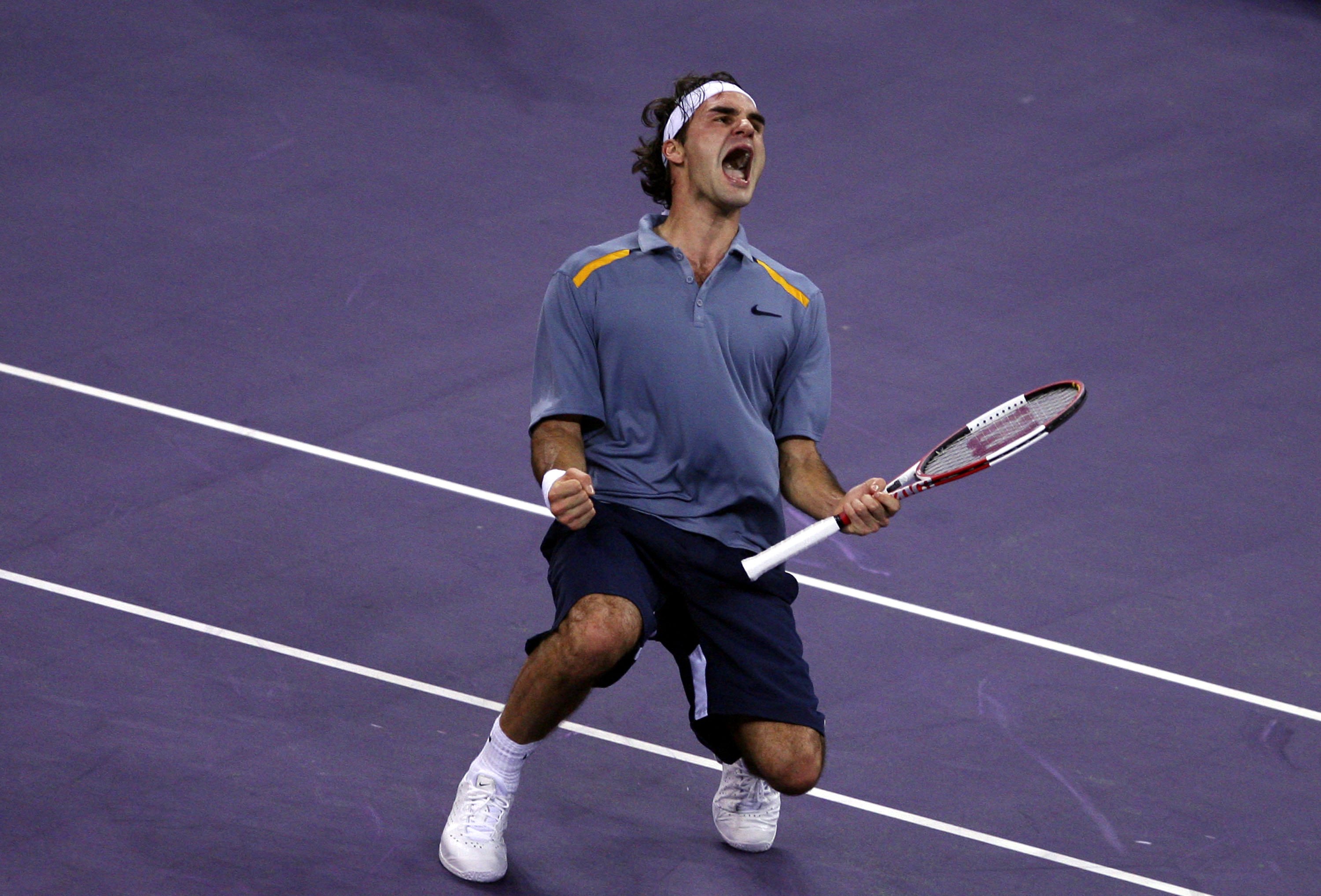 GOATness (GOAT short for Greatest of All Time), nowadays, is getting increasingly harder to define, much of this is due to the incredible level of competition that contenders are facing. It used to be simple—weren't five straight Wimbledons or that rare career Grand Slam, enough to make it?

Apparently, for our era, even such ludicrous statistics, which used to be the pinnacles of the 1980s and 1990s, have become commonplace, or at least the well-guarded preserve of two tennis giants, Roger Federer and Rafael Nadal.

With two Grand Slamists in our sights, with 25 grand slams between them, GOATness is reaching a whole new level.

Of course, things all seem so hard, and competition between our current greats, Federer and Nadal, seems at a fever pitch in tension. Nadal is hungry on his Swiss rival's heels, and Federer's keen to edge ahead in the stakes.

Here, however, are five statistics, that Federer has accrued over the years, which will probably never ever be emulated or surpassed in tennis history—save for the appearance of some true god on earth.

These are the definitive arguments of Federer's GOAThood. 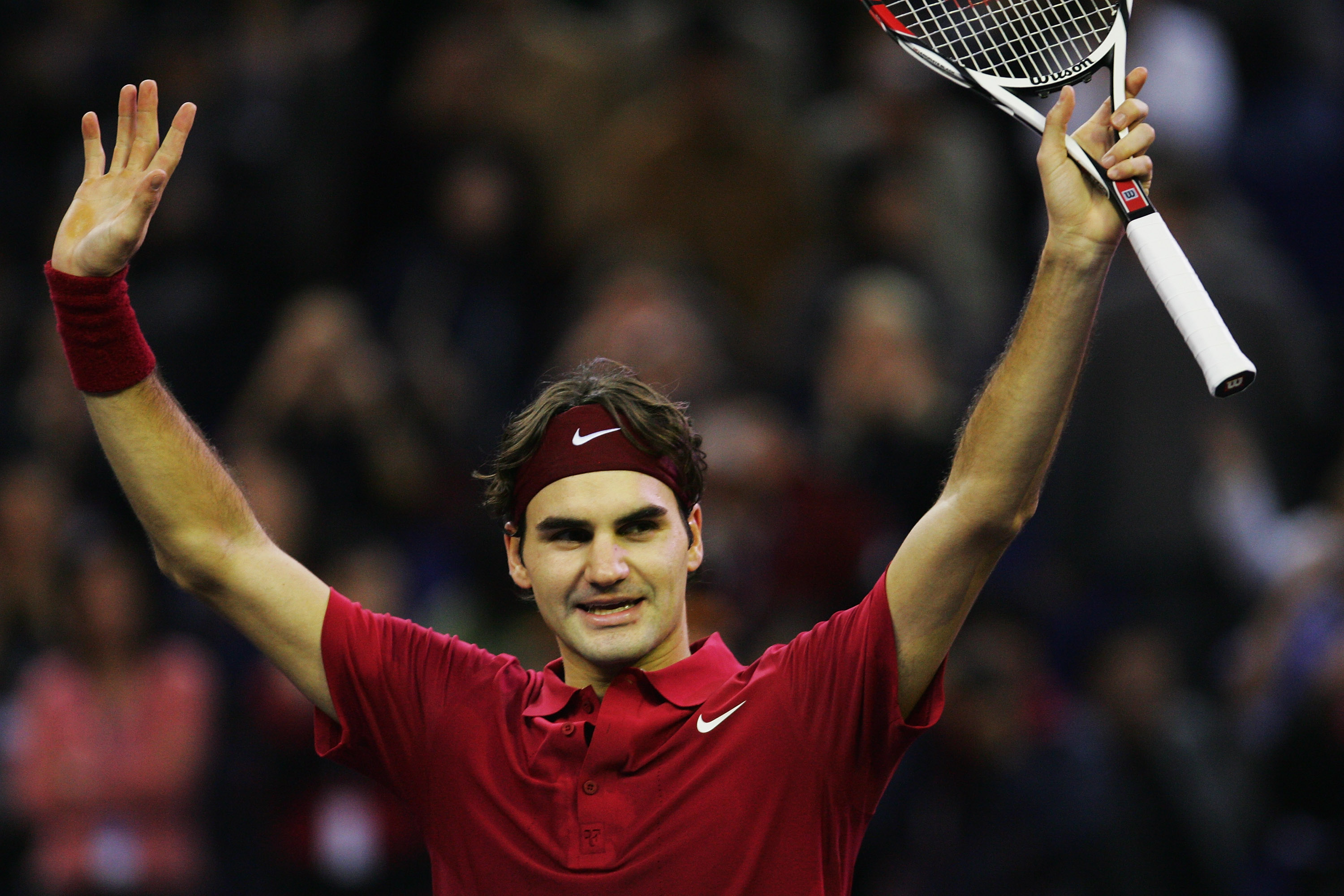 This is the one that will always be quoted. It is a record that stretched from his loss to Gustavo Kuerten at the third round of the French Open in 2004 and ended at that tournament in 2010, six full years later, in a four-set loss to Robin Soderling in the quarterfinals.

The last person to achieve anything close to this level of consistency and durability was Ivan Lendl, the robot-man of tennis, who managed 10 straight semifinals from 1985-88. Federer has doubled this and more.

It is a record that has spanned history and a whole generation of players; yet for six full years, one would always find the Swiss maestro in the penultimate round, playing for another chance at a Grand Slam victory.

That this is dominance is an understatement—no one has grasped with so firm an iron grip the helm of tennis glory. 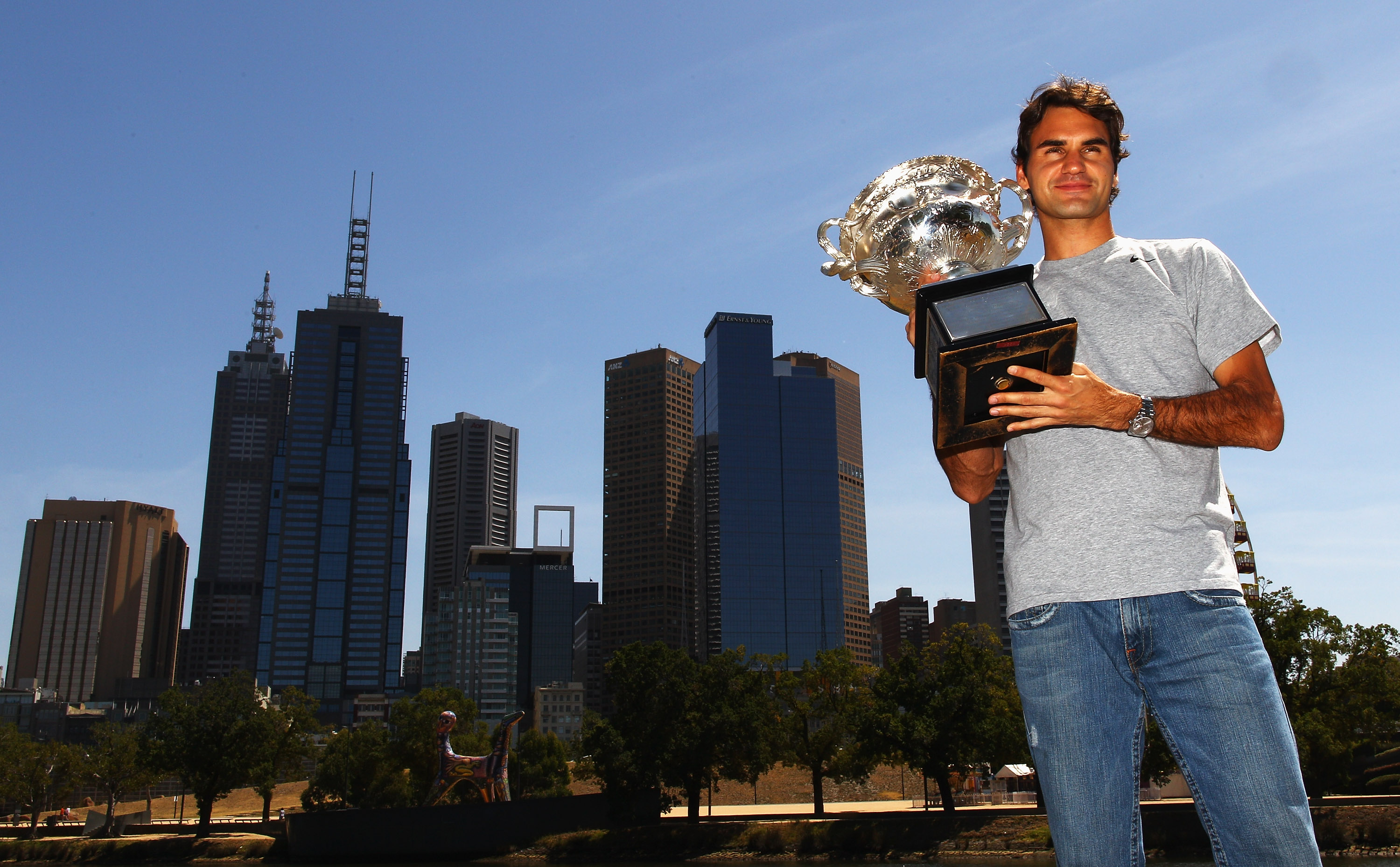 While reaching 23 semifinals is the record that will always be raised, this one is the one that will never be forgotten. Pete, in 2000, held the record at 13, surpassing Roy Emerson—yet the current holder is a full two slams ahead of Pete's final tally of 14 and counting.

That his 16 victories have been marred by his losses at Grand Slams, some of which have been heartbreakers and downright gruesome (the season of 2008 comes to mind), to forget that Roger Federer is the holder of the all-time record for Grand Slam victories would be to do tennis and human culture, in general, a disservice.

It is the ultimate testimony to the resilience of Federer, who had had to come back from the greatest trough in his career, to clinch a record-breaking 15th Slam at Wimbledon in 2009.

Matching his current tally of 16, moreover, would require a longevity and sustained determination at the top that no amount of transitory brilliance—such as some of Federer's current rivals may be exhibiting—will ever eclipse. In a tennis career, four full years of winning Grand Slams would be required to only equal Federer; to say that that is inconceivable need not even be necessary. 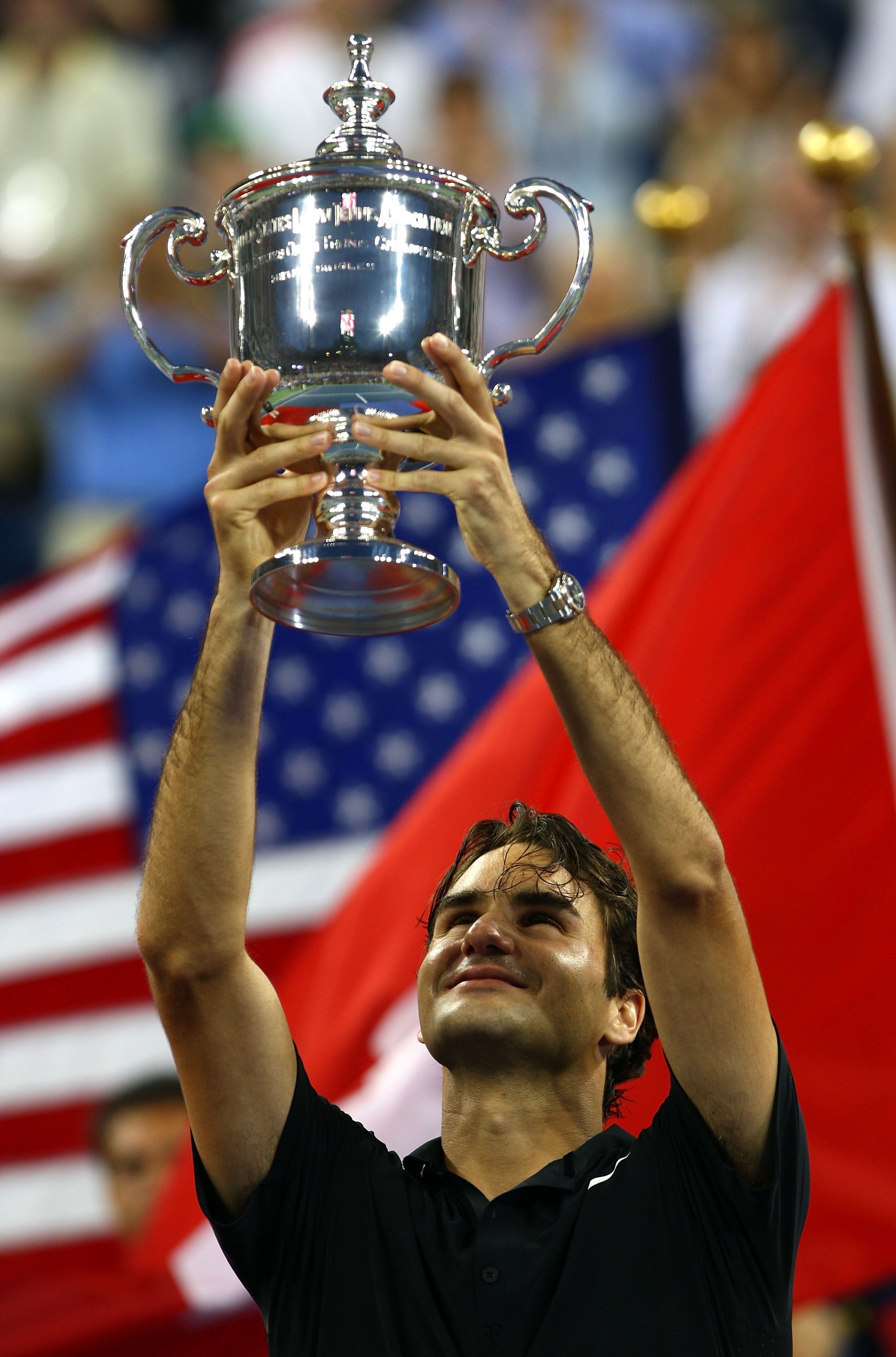 In 2004, 2006 and 2007, the tennis world was graced by dominant runs which are unlikely ever to be emulated again. Mats Wilander achieved one such run in 1988 but was left exhausted and spent at the end of it.

Federer has returned on two occasions to repeat the feat, winning the Australian, Wimbledon and the US Open, in the same calendar year.

It requires, again, the sort of sustained concentration and mental endurance, to consistently return to Grand Slam tournaments fresh and ready to win them, that only Federer had exhibited in all men's tennis history.

He had gone on such deep tears in the tennis calendar that few words were left at the end of those years to adequately, or originally, express the novelty of his achievements. No one, not even Pete, had ever even come close to dominating Grand Slams in this way.

It was probably with his victory at the US Open in 2007, before he began his series of exhibitions with Sampras, that Federer carved for himself a distinct niche in the universe of GOAT debates.

5-Peating Wimbledon and the US Open, and 4 Victories at 3 Slams Each 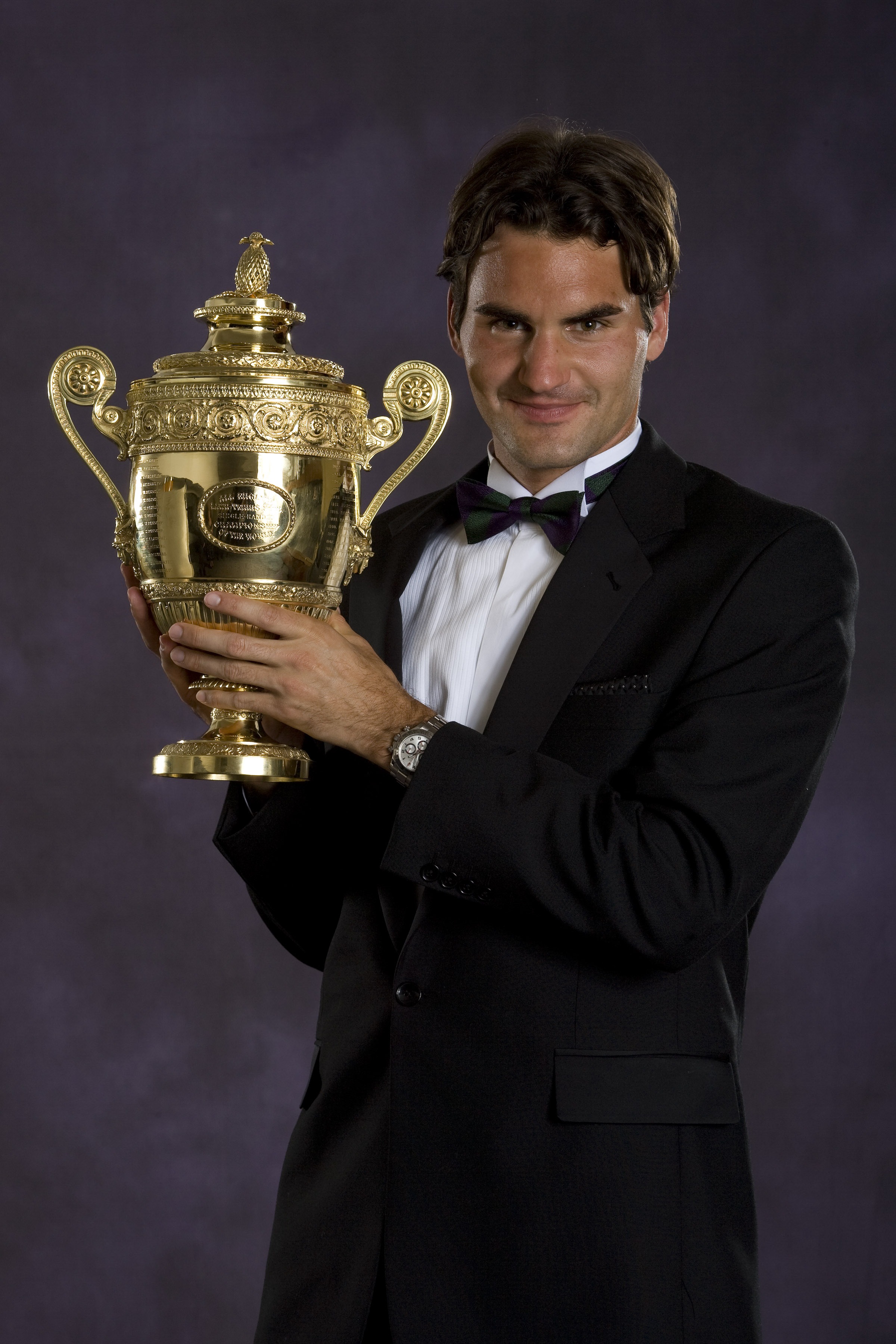 Part and parcel of this run of three of four Slams, for three years, was his continued defense of several major championships, which exhibited a consistency and dominance that others can only dream of.

Winning Wimbledon once is a great thing, but to do it five times in a row, quite another. Winning the US Open for the first time, too, is a fine feeling, but to do so four times in four years after that must be quite incredible.

To have won both Wimbledon and the US Open, each, five times in a row, and both for four years in a row (2004-7), is just astounding and unworldly. Borg had managed the French-Wimbledon double thrice in a row, but here, Federer had created a new monster, a new goal—the Wimbledon-US Open double.

Moreover, he has thus far accrued four victories at the Australian Open, which only means, of course, that he has won three Grand Slams four times each. This is the sort of statistic one would have been accustomed to reading of in the CV of a Steffi Graf or Martina Navratilova, rather than in that of a male tennis player. It is that sort of eerie ability to multiply glory, most likely, that is haunting here.

All of these Grand Slam achievements thus mentioned, however, reveal a dominance at the top of the game, and in the biggest tournaments of the sport, which only one man, with his classic style, has managed for six years. 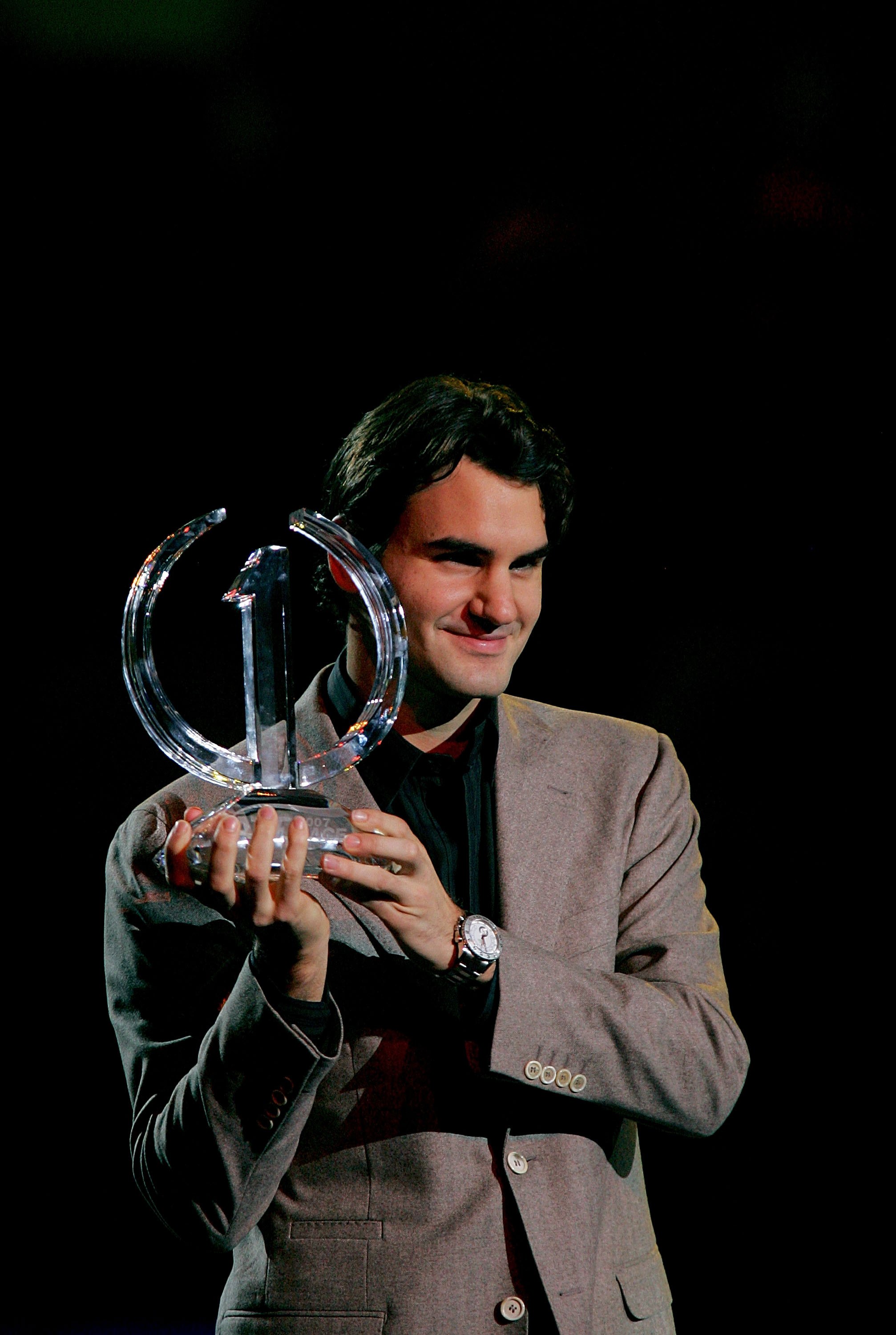 Lastly, one final stat which would reveal some perspective. Before Federer fell to his present state, as only the first among equals, there was a time when he played the role of first among all. He was the world No. 1, before the historic year of 2008, for five straight years.

More accurately, for 237 consecutive weeks, which is unparalleled in tennis history. That Pete Sampras held the year-end ranking for six consecutive years may be the only threatening fact; yet Pete, of course, is in the company of true greats.

For those in the present game who would aspire to the No. 1 ranking, 237 weeks would present a daunting challenge. Perhaps, no other stat quite placed Federer so firmly at the top of an unscalable tennis Everest.

To stay uninjured and untouchable has been the hallmark of the Federer era, and even with his current perceived vulnerability, one must return to the records and achievements which no amount of on-court thrashing will ever take away. One day, in tennis, may ruin a career—but, it rarely does so. More often, defeats mean little in the long run.

It is the victories, engraved in the annals of tennis history, that mean the most of all, and no one has enjoyed quite as historic, or meaningful a career, as Roger Federer.