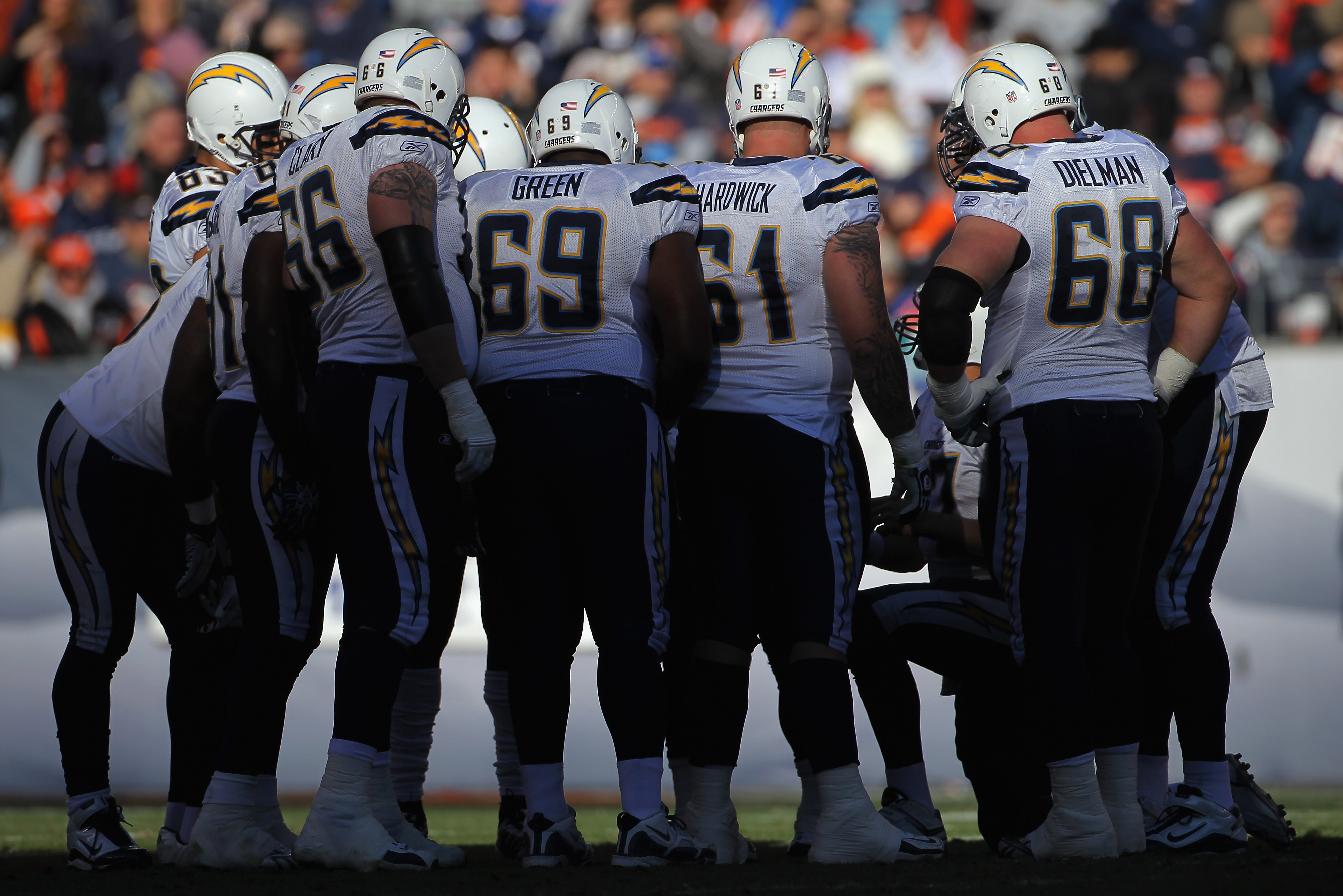 The San Diego Chargers have had probably the most ups and downs a team could have in the latter half of a single decade.

They went anywhere from home field throughout the playoffs, to making a miraculous 4-0 run down the stretch and winning the AFC West after starting 4-8.

Still, they have nothing to show for it.  No championships, and in this day and age, that's all that matters. The Chargers have brought back just about all of their personnel, and are ready to have an extremely productive draft led by General Manager A.J. Smith.

There was a lot of offseason controversy surrounding some players on the Chargers and I'm sure it caused some distraction internally.  The Spanos brothers who own the team, and the Smith want nothing to do with guys that make headlines for all the wrong reasons.

With that being said, this year's draft is all about drafting classy athletes.  Let's take a look at the gentleman that the Chargers may be interested in, shall we? 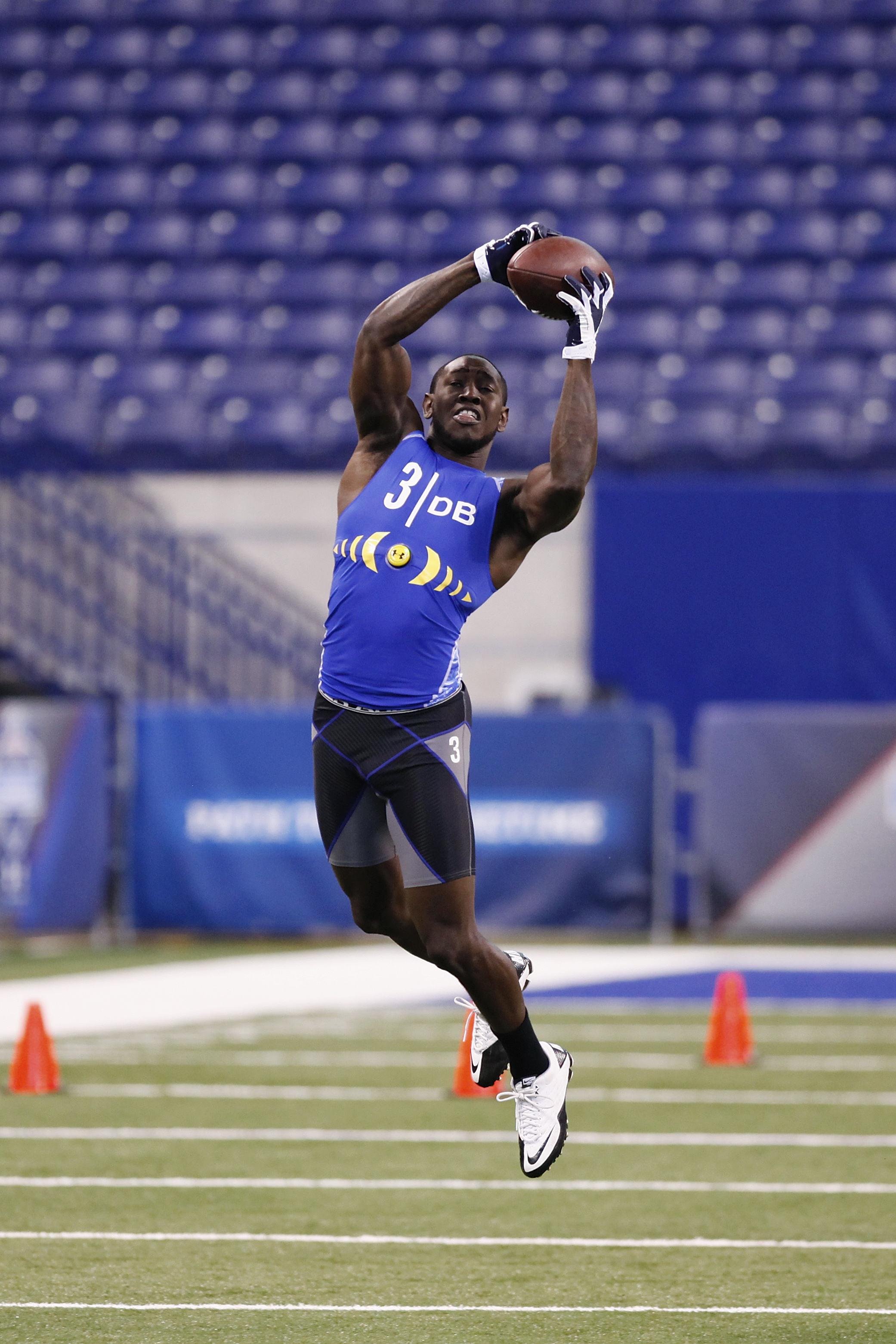 Ahmad Black is an interesting case out of the strong safety position.  At Florida, he proved he could be an emotional leader as well as a physical leader.

He played all four years in Gainesville posting 227 career tackles. Black has proved that he is an opportunistic player, hoisting 13 career picks in college and two forced fumbles.

The 21 year old is only 5'9" and 184 pounds, but he knows how to play the game the right way.  Because Ahmad only ran a 4.78 in the 40-yard dash, teams will probably pass on him in the earlier rounds leaving a team like the San Diego Chargers who need an emotional leader on defense, to take a chance on a guy like Black.

Whichever team Black goes to, you bet they're getting their money's worth.

Round 3 (Acquired from Seattle): DeAndre McDaniel, Defensive Back, Clemson 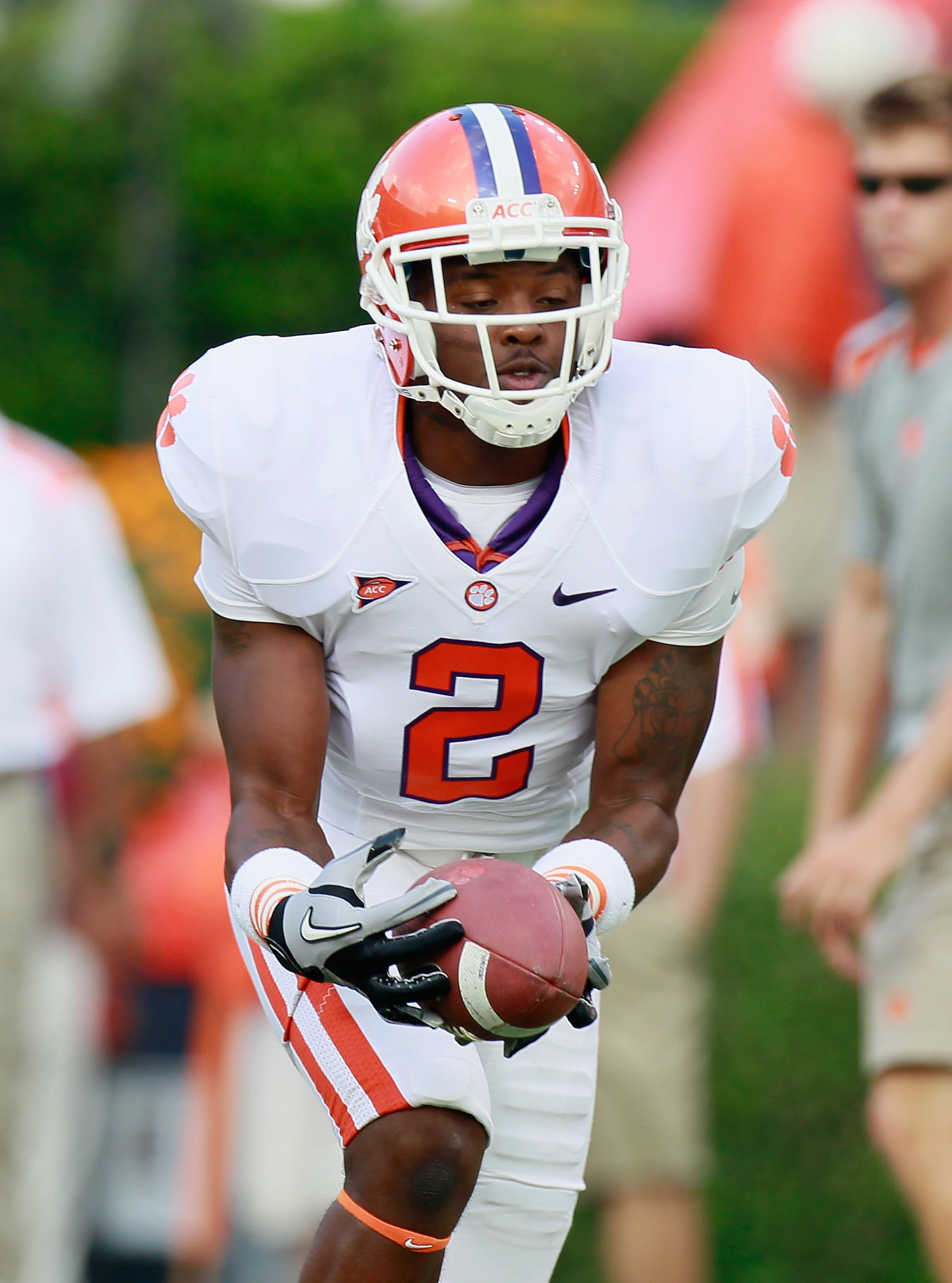 McDaniel is a defensive back with a lot to prove in the NFL.  He's got the size at 6'1" 215 lbs., the fundamental aspect of tackling coming in with 275 career tackles at Clemson, and hands like a wide receiver with 15 career interceptions at Clemson.

He clocked a forty time of 4.64 at the combine, and there's a lot of speculation around whether or not he can keep up with a typical wide receiver.

I, for one, like McDaniel for a couple reasons in San Diego.  Firstly, the Chargers need to force more turnovers defensively.  McDaniel's hoovers around the ball like a bunch of old people hoover around a name tag station.

San Diego needs a sure tackler and if you throw him in at the nickel or even as a "free-lance" DB you might see a role player turn into a key player on defense sooner rather than later.

I say go with DeAndre there's no doubt in my mind. 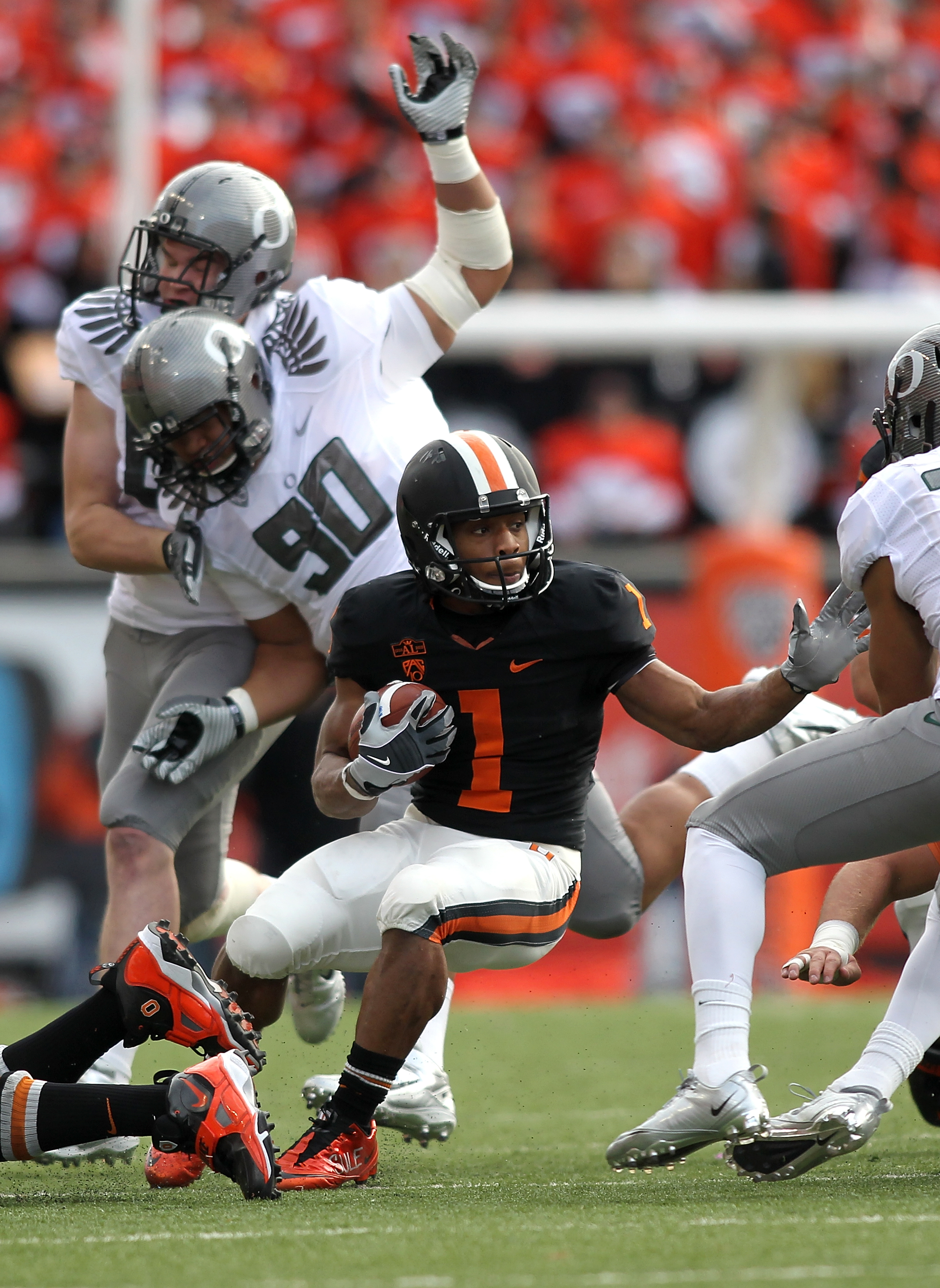 The Chargers would be absolutely out of their minds to not take this nifty running back out of Oregon State.  San Diego showed the world that the little man, can too, be effective in this league.

Unfortunately, Darren Sproles is now out of their price range and more likely than not we'll end up seeing the two parties head different directions.  That leaves room for a potential running back to come in and aid Ryan Mathews and Mike Tolbert.

What a perfect fit Jacquizz would be alongside Rivers in the shotgun, and maybe even as a Punt/Kick returner.  Rodgers had quite the career in the Pac-10 with almost 4,000 yards rushing and 46 total touchdowns.

Rodgers did run a sub-4.64 40 at the combine, so slipping to hopefully around the 3rd round for the Chargers to potentially nab could work out.

Watch out San Diego fans, if the Chargers draft Rodgers, they just may have the most dynamic three running backs in the entire NFL. 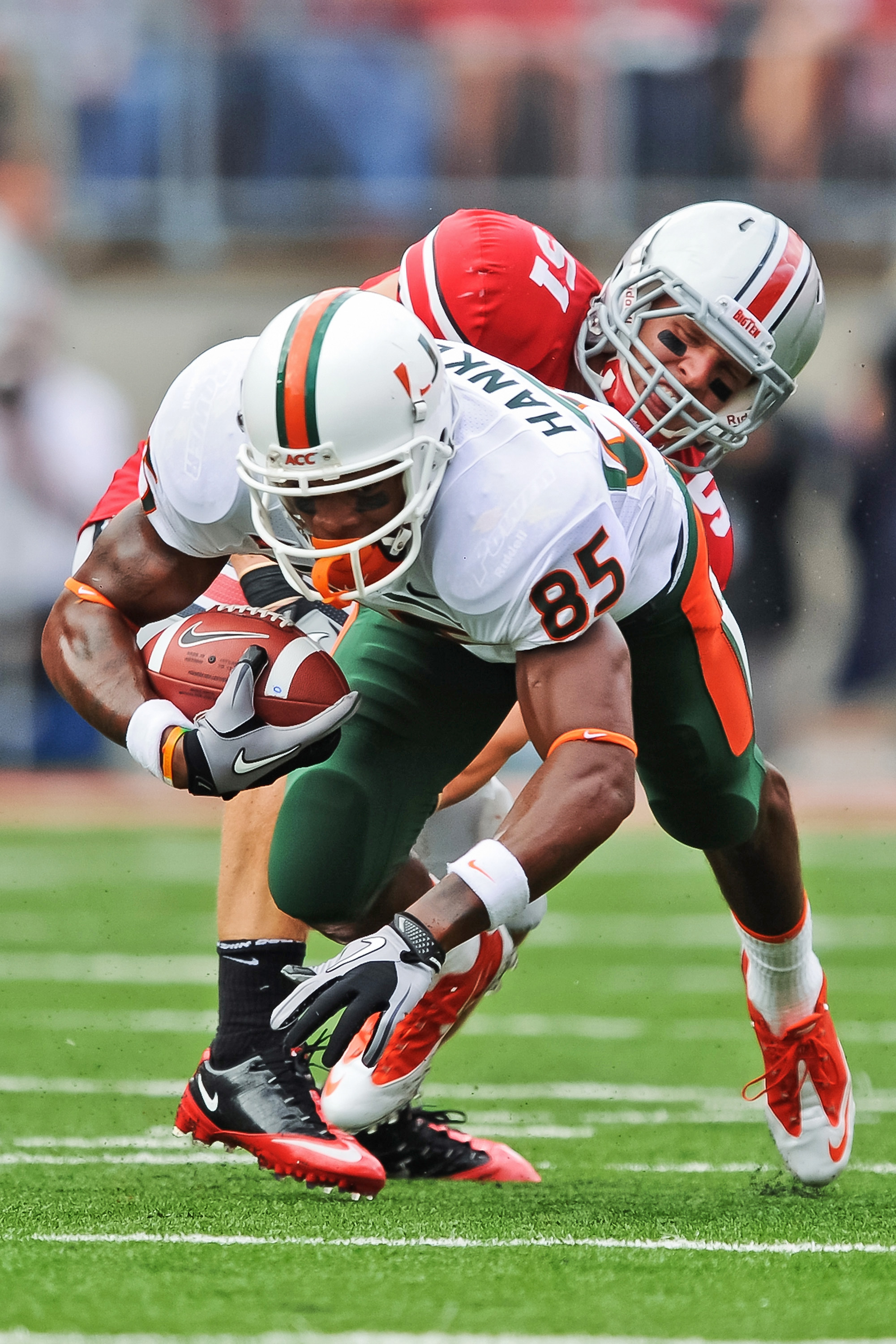 Leonard Hankerson is exactly what the Chargers don't have at the Wide Receiver position: Speed.

He had a breakout year ending with a breakout combine where he hit the track hard running a 4.43 40.  Rivers has never really had a guy with explosive speed like Hankerson, and at 6'1", 210 pounds, he'll certainly be able to hold his own in the NFL.

Solid addition if the Chargers go wide out. 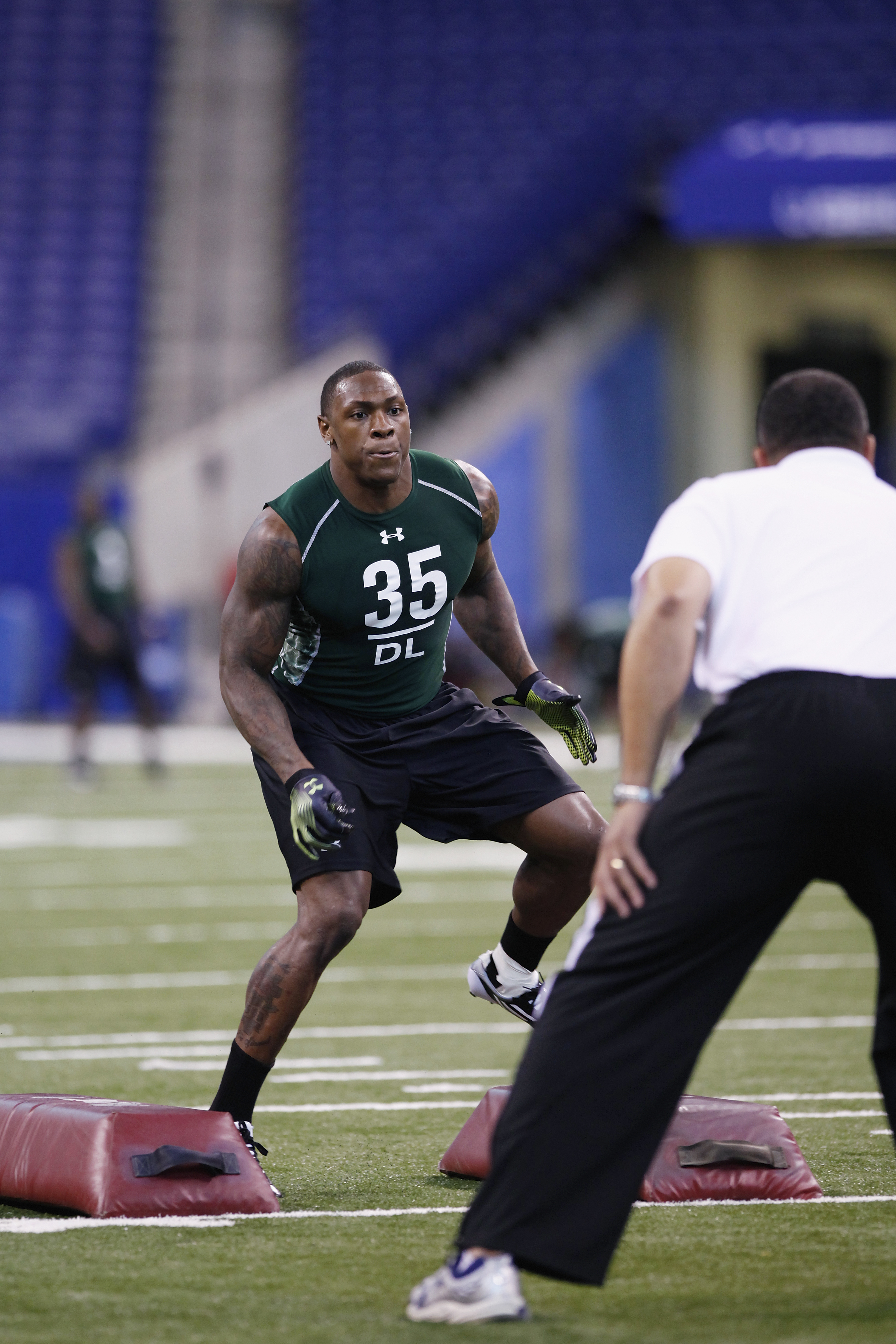 Dontay's a little more speed than he is strength but it's certainly something the Chargers could utilize as far as pressure coming from the outside.

Moch posted an incredible 4.4 40 at the combine, which set all types of records for a linebacker.

In college for the Wolf pack, Moch posted 189 tackles and 2 forced fumbles.  If he falls to the second round the Chargers should highly consider taking this talent that's clearly on a rise in stock. 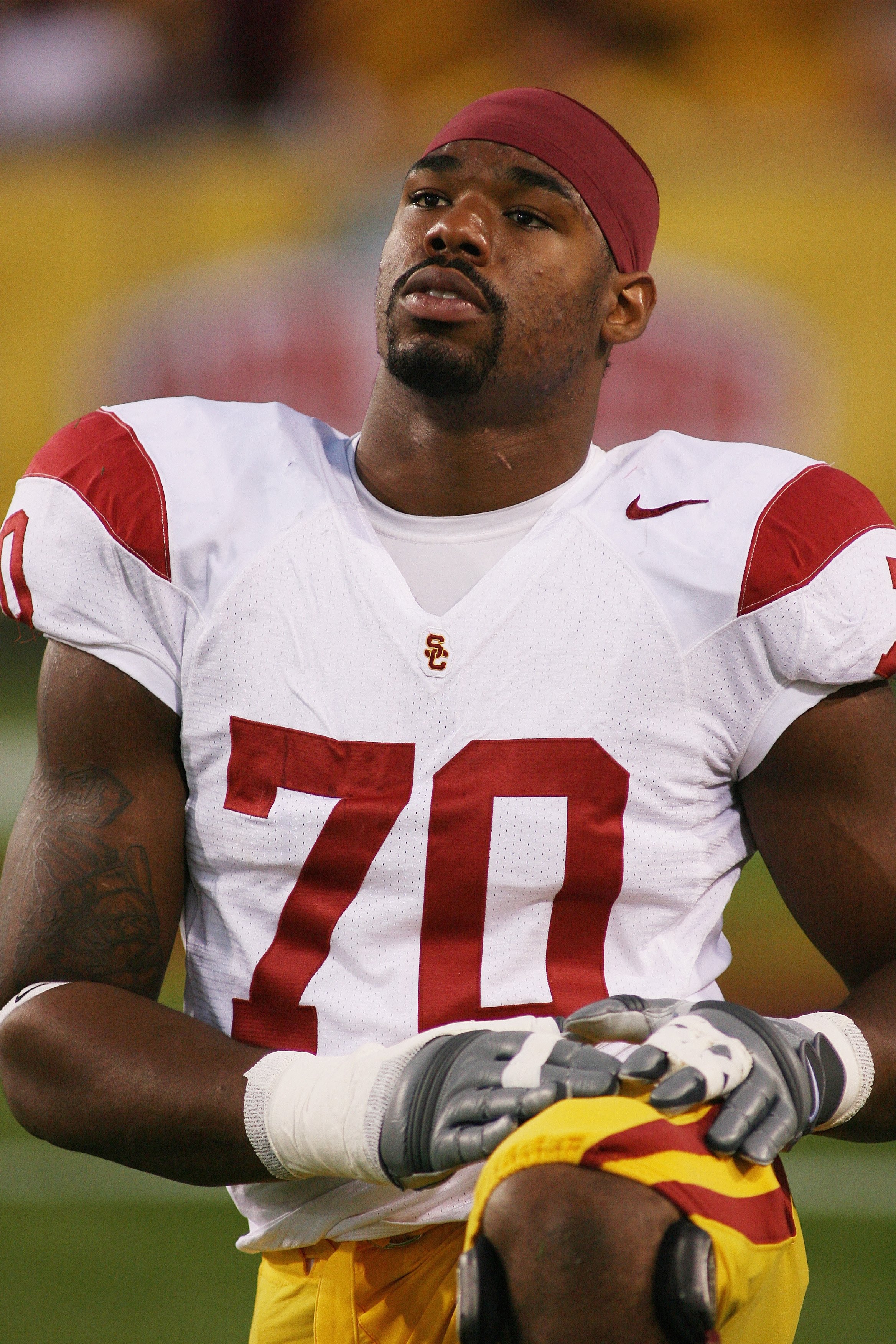 The Chargers have the 18th draft pick this year, and we're all hoping they use it wisely.  San Diego is pretty stacked, but the offensive line is probably the biggest question mark, particularly at the tackle position.

Smith has the lateral quickness and the strength to block for all kinds of different athletes with the ball in their hands.  During his tenure at USC he's blocked for numerous NFL bound running backs and it's time for Smith to cash in.

Polished offensive lineman are few and far between, but this superstar talent has premiere blocking ability.

Let's hope A.J. Smith makes the necessary move in the first round and takes Tyron.