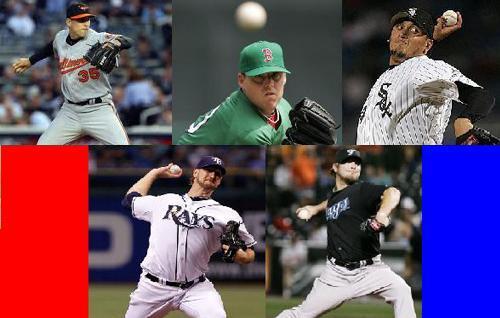 I am in the midst of a series examining the relative strengths and weaknesses of the teams in the AL East, on a position-by-position basis. The players at each position are being ranked in relation to their peers within the division, with each team being assigned points based on where their player ranks in comparison to the other players.

Today, the series continues with a look at the No. 4 starters in each rotation.

The best player will earn 10 points for his team, with the remaining players being assigned points as follows: 7-5-3-1.

At the end of the process, I will accumulate all of the points for each team and create a divisional power ranking.

Here are the 2010 statistics for each of the five projected starters entering the 2011 season. The chart presents the five basic stats used in fantasy baseball, plus ERA+ and Runs Above Replacement (RAR).

The rankings contained herein are based on these stats, plus projections as to what the upcoming year may have in store. 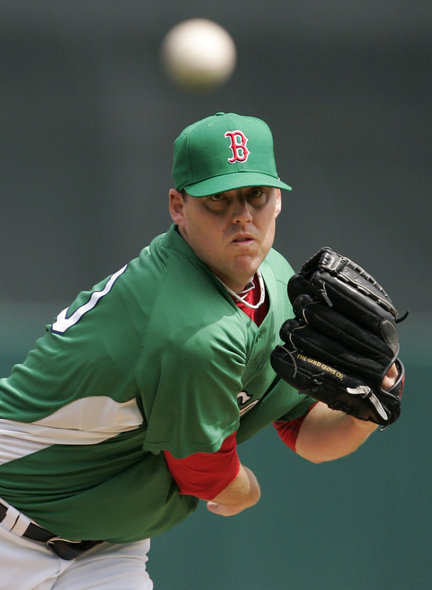 Lackey gets the nod as the best of the No. 4 starting pitchers in spite of his tepid performance last season. He had regularly posted decent numbers with the Los Angeles Angels from 2005-09 before signing with the Red Sox as a free agent before the 2010 season.

His career in a Boston uniform got off to a brutal start. He showed up in Fort Myers, FL, in less-than-ideal physical condition. And whether it was related to his physical conditioning or whether he experienced an adjustment period, he struggled against the heightened competition in the eastern division throughout the first half of last season.

But he turned things around after the all-star game. His record (5-7) and ERA (4.30) were not especially attractive in the second half, but his peripherals are illustrative of significant improvement. He reduced his WHIP by a full quarter of a runner (from 1.54 to 1.29), dramatically increased his strikeout-to-walk ratio (from 1.7 to 2.8) and posted an xERA of just 3.54.

For fantasy owners: While many of the haters have already declared that Lackey should be avoided in this year’s auctions and drafts, I say you should use their opinion to your advantage. He is positioned to build on the success he had in the second half of last season.

He arrived at spring training in fantastic condition, having dedicated himself to more cardiovascular work and dropping a dozen pounds. Additionally, it should be noted his heightened second-half ERA last year was not illustrative of how well he pitched – it was compiled while he posted a strand rate of just 67 percent during that period. Assuming an adjustment toward his career average of 73 percent, his second-half ERA should have been closer to 3.60… and that is where I believe he is headed in 2011. 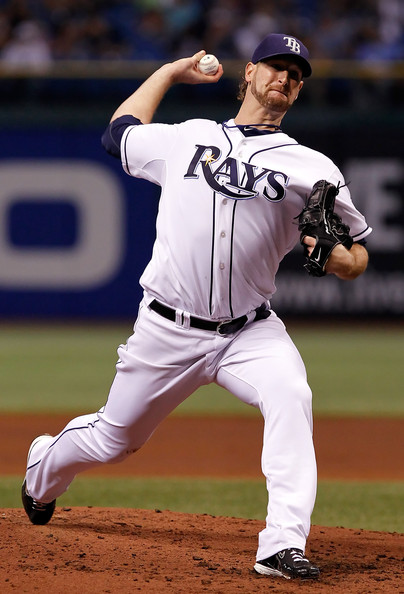 Niemann started well last year, but after suffering a shoulder strain mid-season he limped home with an ERA of more than 7.50 over his last 12 outings.

There is no reason to believe he is as good as last season’s first-half numbers or as bad as the second-half stats. His pre-break ERA of 2.80 was based on an unsustainable hit rate of 24 percent and an impossibly high strand rate of 81 percent… assuming a regression to MLB-average rates, he should have compiled an ERA in the vicinity of 3.80 (+/-) in that time.

Similarly, his second-half ERA of 7.69 largely resulted from a minuscule 57 percent strand rate and a sizable increase in his walk rate… again, assuming progression towards MLB-average statistics, his ERA should have been closer to a 4.20 for the second half.

For fantasy owners: Niemann made nice progress from 2008 to 2009, and there is no reason to believe he won’t at least equal his 2009 performance in 2011, assuming good health. In spite of his struggles in the second half of last year, there were some positive developments that emerged. He reduced his fly ball rate (to 37 percent) while he increased his strikeout-rate to its minor league level (7.4 K / 9 IP). Looking ahead to 2011, it is likely he will once again enjoy his previous walk-rate (3 BB / 9 IP) while sustaining some of the gains he made in strikeout rate. 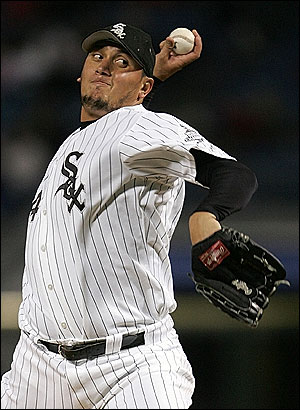 The drop-off after Niemann is significant. At 34 years of age, Garcia rebounded to pitch 157 innings last season after having pitched just 129 innings during the previous three years (combined). But the numbers he posted were marginal and they promise to get much worse as he moves into the New Yankee Stadium (Softball Field).

Garcia, a right-handed pitcher, has evolved into a soft-tosser who is prone to surrendering home runs – a fact that forebodes bad tidings in Yankee Stadium. He showed an increased ability to induce ground balls last year with Chicago, but those gains were offset by a 50 percent increase in his homer-rate (11 percent).

Additionally, he can no longer rely on missing bats at the same rate he used to… he has seen his K-rate drop dramatically since 2007 (from 7.8 to 5.1), and it was even worse during the second-half of last year (4.8).

For fantasy owners: Garcia should be avoided in mixed-league formats and placed on your reserve list in AL-only leagues. His “stuff” is not going to improve at this point in his career… and that means his numbers will only get worse thanks to pitching half of his games in The Bronx. Garcia is probably the odd-man-out of the Yankees acquire Francisco Liriano via trade this spring. 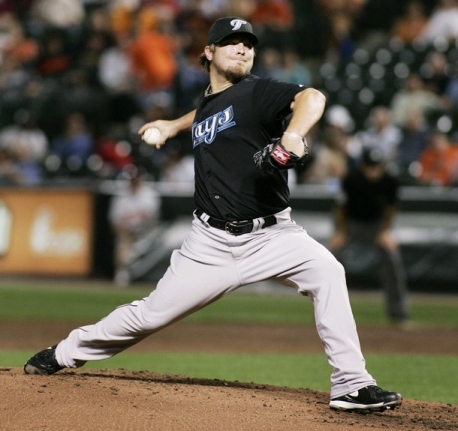 Drabek, 23, was a first-round pick in 2006 (18th overall). The Blue Jays have been patient with him thus far, but I believe they are moving him into the big league rotation a year or two too early.

I saw him pitch in Double-A ball on a few occasions and came away feeling he is not ready for a promotion to The Show. He has trouble throwing strikes with consistency (as is reflected in his walk-rate of 3.8) and controlling his pitches within the strike zone. His stuff is good enough to get away with such imprecision in the Eastern League, but it won’t be good enough in the AL East.

He has two major league-average or better pitches: his curveball is a plus pitch and his fastball is an above-average major league offering. His cutter is marginal, and he struggles with the arm speed on his changeup. Lefties hit him hard.

As with Clay Buchholz in 2007-08, I believe Drabek needs at least another full season in the minor leagues (against Triple-A hitters) before being thrown into the fire with the Blue Jays.

For fantasy owners: Drabek would be a nice pitcher to stash on a reserve or minor league roster in a keeper league, but as of right now he should be avoided in re-draft leagues. He will be hit by good major league hitters because his repertoire is essentially limited to just two pitches… without an effective changeup and / or cutter he will struggle mightily in the heat of the battle in the eastern division.

I think he’ll get off to a decent start, but then get hit hard during his second tour around the league… if you get him, plan on eight wins and an ERA of 4.50 or better. 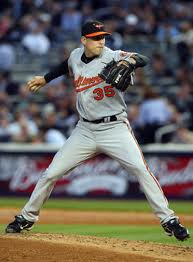 The Orioles had high hopes for Bergeson after a good rookie campaign in 2009, but proved unable to sustain his performance into his sophomore season.

He got off to a miserable start, posting a 6.82 ERA over the first three months of the season, but showed marked improvement after the hiring of new manager Buck Showalter. That said, I don’t believe his late-season improvement is sustainable because it was based on a 27 percent hit rate and 76 percent strand rate… when those numbers return to 33 percent and 73 percent, respectively, his ERA should settle into the high-4.00’s.

He induces a lot of ground balls (49 percent gb-rate), but does not strike out enough hitters to help himself get out of jams (he posted a K-rate of 4.3 and a strikeout-to-walk ratio of just 1.6-to-1).

For fantasy owners: Bergeson should be avoided in all formats. He has limited upside and can only hurt your team. He should produce statistics that are similar to Drabek’s numbers, but without Drabek’s long-term upside he is ranked last on this list.