The University of Notre Dame has its share of prominent legends and icons. Knute Rockne, Touchdown Jesus, The Gipper and the Golden Dome, but one of the lesser-known figures of Irish lore may also be one of the most powerful. Powerful in stature, yes, but more importantly powerful in shaping thousands of young men into true Sons of Notre Dame, not only on the gridiron but in virtually every aspect of life. More often than not college legends are measured by wins or touchdowns. Father Bernard Lange quietly made his mark by inspiring others to exceed well beyond their greatest expectations.

Born in Danzig, Prussia in 1888, Bernard Hermann Lange left Europe as a young boy and settled in Oil City, Pennsylvania, a tough blue-collar region in the Western part of the state, where some of his relatives remain to this day.

As a student at Notre Dame, young Bernie mixed mischief with his brilliance, once climbing to the top of the Golden Dome and giving our Blessed Mother a hug, fleeing from the police he swam across Saint Mary's Lake, eventually losing his pursuers in the woods. Had it not been for his exemplary scholastic record he surely would have been expelled.

Choosing to go into the priesthood over architecture, Father Lange was ordained in 1917, and spent the next few years between Notre Dame and St. Edwards University in Austin, Texas, where he constructed by hand, a grotto based on the grotto at Notre Dame.

Father Lange would return to South Bend for good in 1934 and begin carving out a legend that lives in the hearts and souls of thousands of people to this day. People from all walks of life, from Heisman Trophy winners to some of the finest doctors in the country, have had life-changing experiences by training with Father Lange.

When Father Lange decided to take up weight lifting at the age of 34, he jumped in with both feet and a mere four years later he was named the fourth-strongest man in the world. While someone of a lesser character would simply rest on these laurels, Father Lange set out to teach others how to become the best that they could be, in the weight room and in life in general.

Father Lange was forced to leave the classroom in 1935 because of eyesight that was so bad he was forced to wear two pairs of eyeglasses at the same time in a sort of homemade bifocal fashion. Although not in a traditional classroom, Father kept right on teaching and the lessons that were brought away from his gym were absolutely life changing for thousands of young men.

A makeshift weight room was formed on the first floor of Brownson Hall, with some of the weights being coffee cans filled with cement attached together with an iron bar. While it is impossible to know if Father Lange knew that he would use this weight room as a platform to mold people's lives, the success rate speaks for itself.

Mike Burgener was a safety on the 1966 NCAA Division I Football National Championship team. The former Marine now runs a regional weight-training center for USA Weightlifting in California. "When I met Father Lange I was a 168-pound defensive back and wanted to put on muscle. Although he did talk to me about football, he was more interested in me as a person, he took an interest in my future," said Burgener. "My first year with Father Lange I went from 168 pounds to 182 and went from a 4.5 to a 4.4 40."

The increase in muscle and speed was evident, but it was the life lessons that are even more impressive. Burgener said, "Father Lange had an intuitiveness, he saw gifts in people before they saw it in themselves, he saw me as a coach long before I saw it in myself. I teach my students what Father Lange taught me, he gave so dearly to us so I give to others."

Far removed from the typical lecture hall with its maps and globes, amidst iron and hand-painted motivational signs, Father Lange extracted the most out of the young men that were permitted to enter his gym, both in body and mind.

While Father Lange was a great friend to Knute Rockne, even saying Mass for Rockne after his death in 1931, the relationship with other Irish head coaches wasn't always so amicable. Frank Leahy forbade his players to lift weights; he felt that it slowed the athlete. "It's ironic," said 1953 Heisman Trophy-winner Johnny Lattner, "today's players all lift weights, back then Leahy told us not to go around that gym."

Father Lange had a much better relationship with coach Ara Parseghian. While it wasn't mandatory for the players to lift weights in the '60s, Ara somewhat encouraged the players to visit Father Lange's gym, which was the only place to lift weights on campus. Former Irish center Steve Quinn put it best. "Father Lange was a lot like Ara in the respect that he was a coach. His philosophy was you get out of it what you put into it." He was a pioneer of weight lifting in the football program, he was the link to Knute Rockne."

Considered brilliant in academic circles would make a lesser man forget where he came from. Not so for Father Bernie. Every Sunday he would open the pool on campus to the children of "Dogtown" one of South Bend's poorest neighborhoods, full of European immigrants. Every week these youngsters would leave the pool with a little bit of change in their pockets. He would often cut and load wood into a truck and hand deliver it to the poor working class in the community. Many of the campus workers were of Polish descent and could count on Father Lange to treat them to a beer when they stopped by to visit.

Joseph Lange, a nephew, recalls, "Back in the '30s, uncle Bernie would come to town, and it was such an honor to serve Mass with him. He would tell us to stand there with our hands folded and try to look holy, 10 minutes later mass would be over." Mr. Lange pressed on and stated that one of the most prominent lifelong lessons that he got from his uncle was something that Father said to him in the early '40s: "He looked at me with his big smile and rosy cheeks and said, 'Joey, if you have God in your mind anything is possible.' This got me through many tough times during my 30 years in the Air Force."

You had to obey the rules to work out with Father Lange and you had to be dedicated and respectable—traits that would prove valuable later in life. Kent Durso, a former Irish baseball and track standout spoke of the lessons he learned from Father Lange. "He taught us to achieve our goals in other aspects of our lives, not only sports. The impact that Father had on me changed my whole life. He was like a grandfather that you wanted to make proud, he taught us camaraderie, honor and respect."

As Father Lange's "boys" headed out into the world outside of the comfort and stability of life nestled between the Basilica of the Sacred Heart and the shadows of the Golden Dome, they took with them many lessons that will never be found in any textbook. Lessons of reaching higher than you think you can reach; he taught them to dream of greatness. There is not enough room on the internet to list all the success stories that were cultivated in a small gym by a caring priest.

So much love for Father Lange has been bestowed by his former students that Dr. Paul Gill, who credits Father Lange as being "the most influential person in my life, aside from my family," created a web site in his honor. Father Lange's Gym is a site that has stories and pictures of Father Lange, and even a letter from Father Theodore Hesburgh. Father Lange so impacted these lives in such a way that 40 years after his death grown men get misty-eyed when recalling his mere presence.

Just how do the lessons that Father Lange passed on to thousands of young men between 1934 and 1970 come into play in 2011? Very simply, Father Lange taught people to believe in themselves, even when the odds were stacked up against them. "Grab the dumb bell like you are choking your enemy," was his motivation in the gym.

But outside of the gym, out in the foxholes of war, the punishing NFL and the pressure of an operating room or any other business venture, "If you have God in your mind you can accomplish anything." 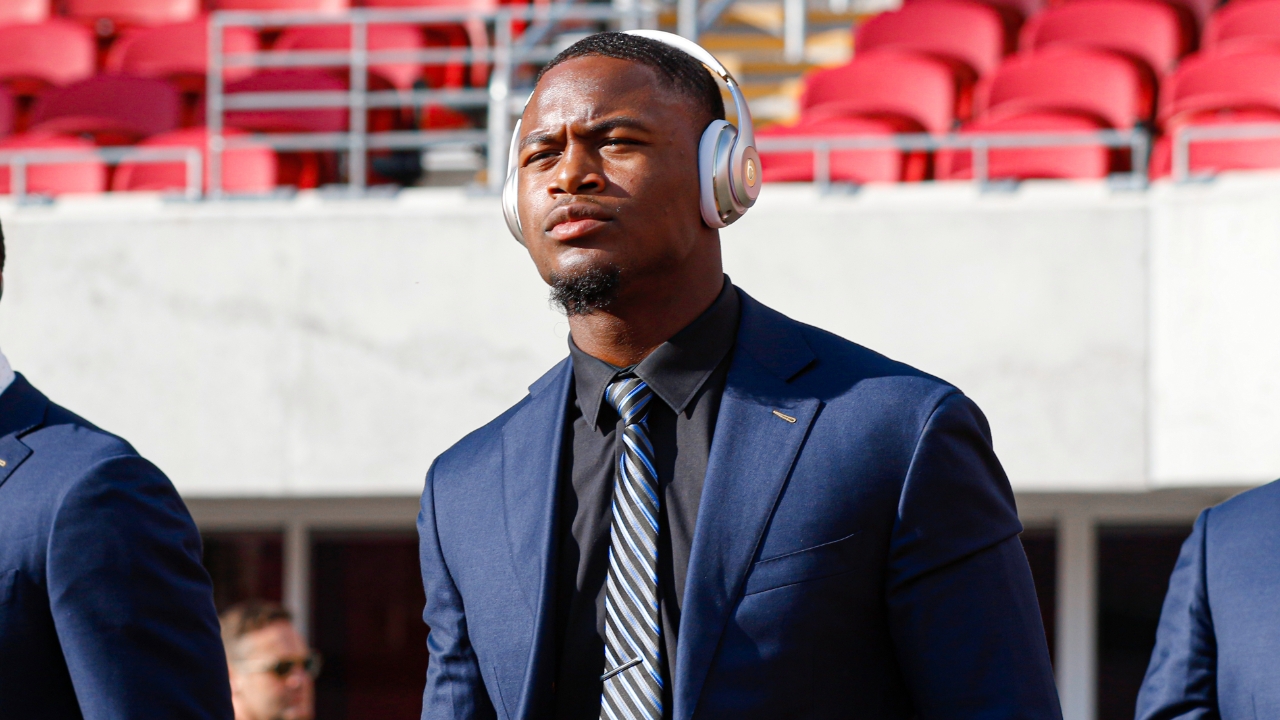