10 Reasons Why Cheerleading Is a Sport This has been a constant debate, whether cheerleading is a sport or not. There is very valid evidence for both sides of the argument.

However, the cheerleaders have to go through rigorous training and practice all the time to perfect the routines displayed at games.

Along with cheering on the sidelines at games, most cheerleading squads participate in heated competitions to show their athleticism.

Although it is not officially defined as a sport by the NCAA or high school associations, it obviously should be for many different reasons.

1. Definition of a Sport 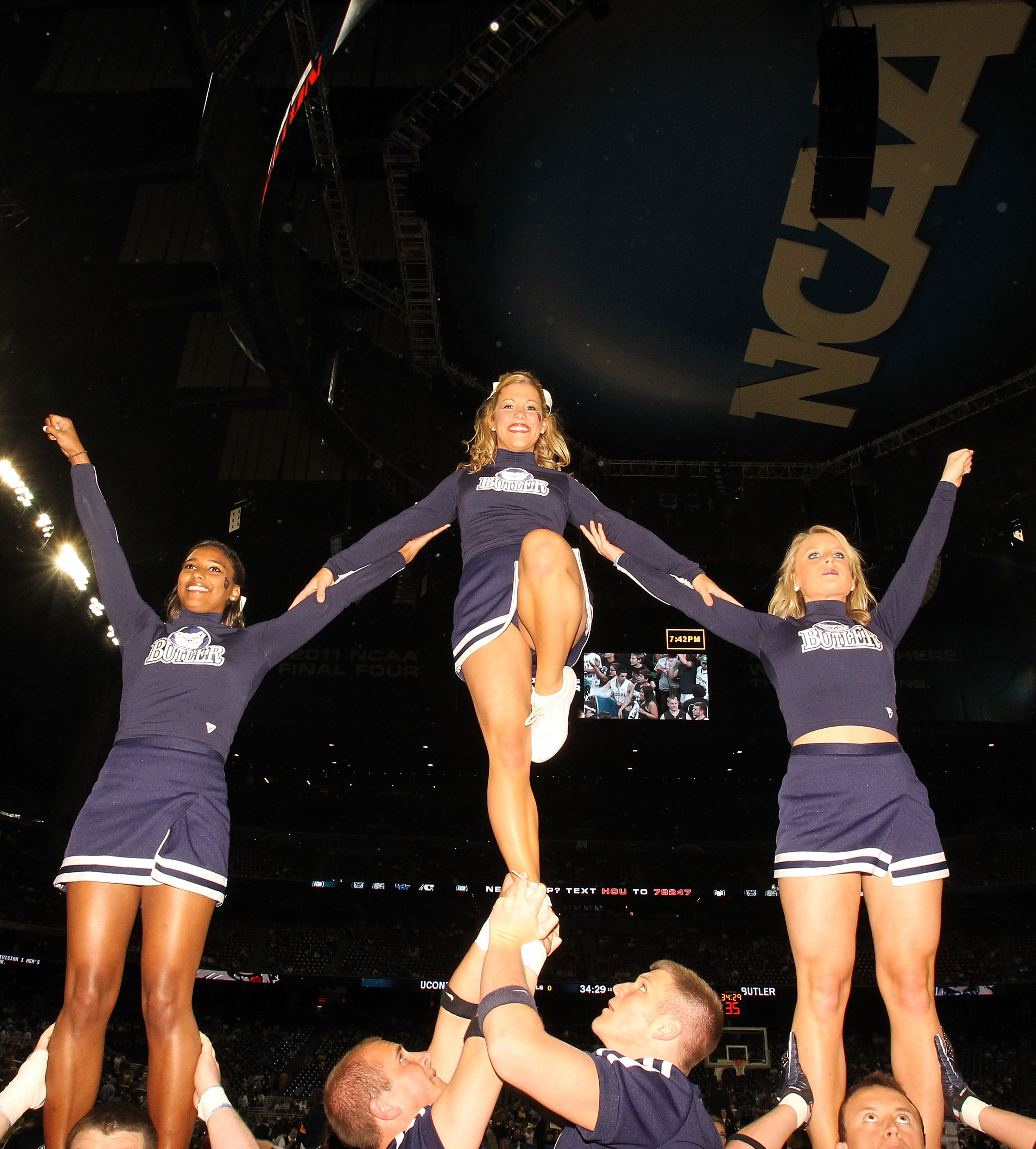 Dictionary.com defines a sport as "an athletic activity that requires physical prowess or skill and often a competitive nature."

So let's compare aspects of cheering and compare them to the definition that dictionary.com has provided us. 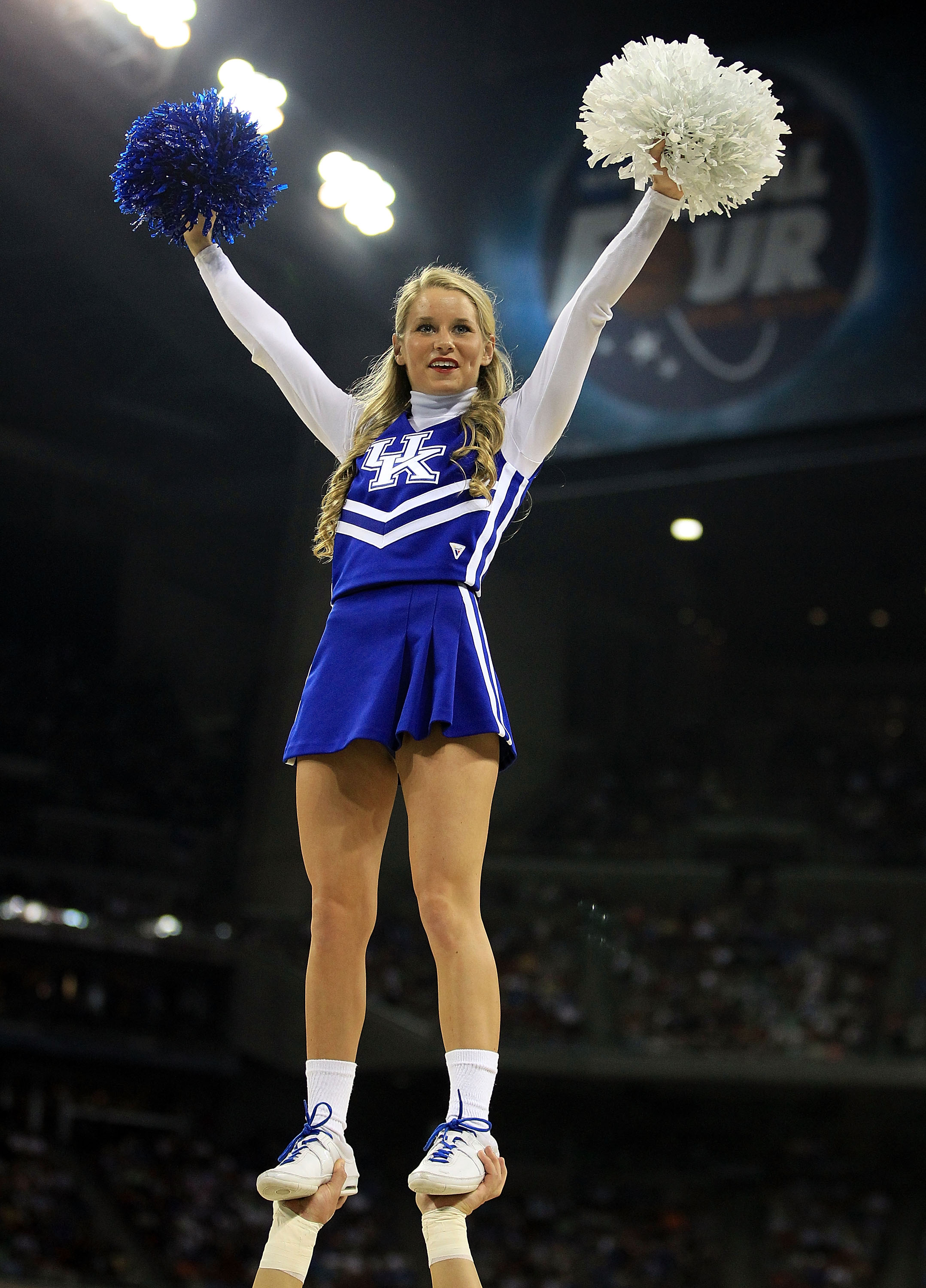 The first part of the definition was "an athletic activity requiring skill or prowess". I don't know how many of you had actually paid attention to the cheerleaders besides just looking at them based off their looks, but their formations, flips, tumbles and tosses are kind of difficult to pull off.

I don't know if you and one of your friends have ever tried to chuck a hundred pound or more person in the air and catch him or her before, but it doesn't seem very easy to me.

On to the next part, "requiring skill or prowess." The previous activity I just explained, I think that would take a little bit of skill and prowess, not just something you pick up your first time. 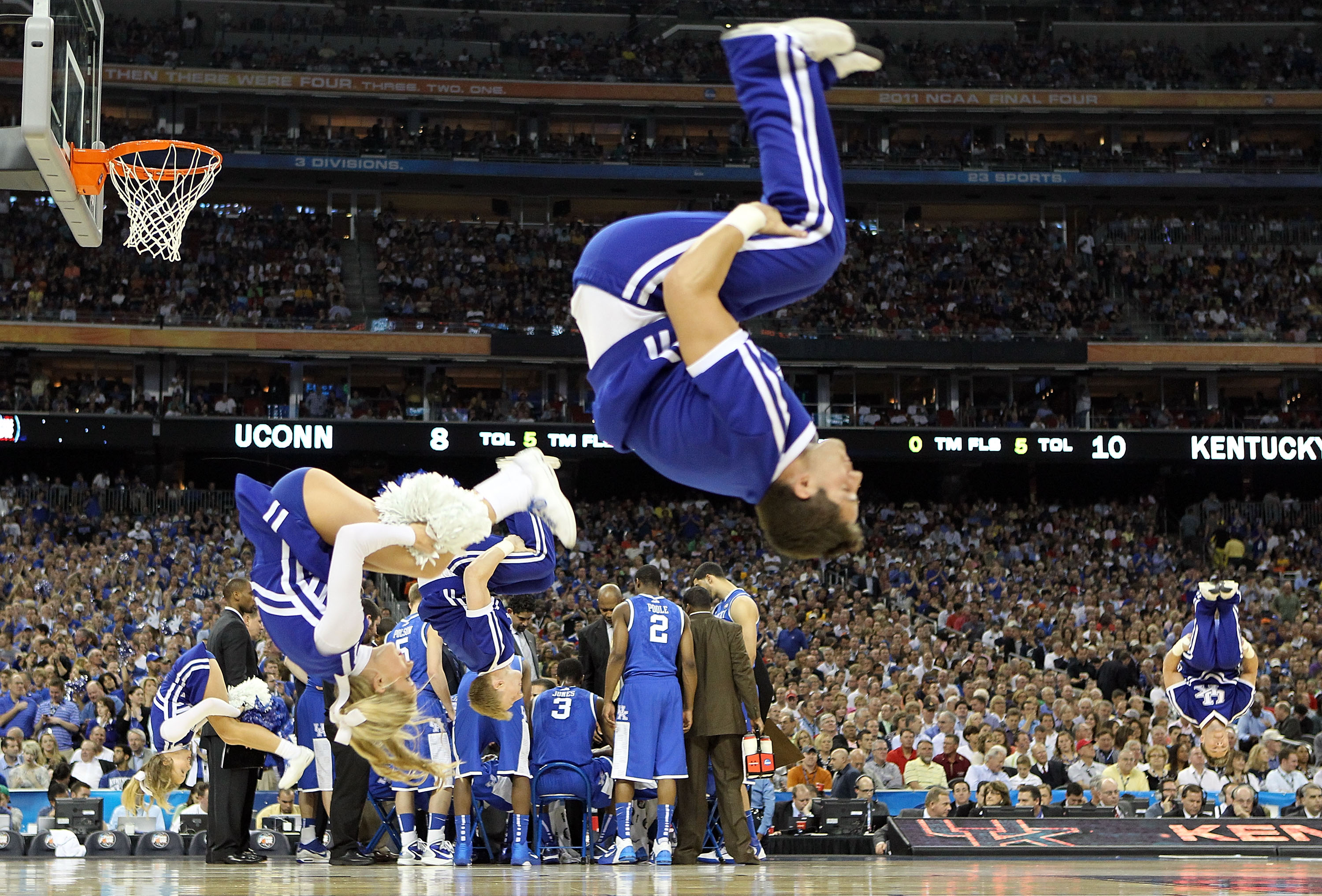 This is pretty straight forward. The basic purpose of a cheerleader is to either spur on competitiveness or to express it themselves.

If you have ever seen a cheer competition, then you know how competitive these girls and sometimes guys can be. They get very into their routine and can get as into it as somebody could get into a football game.

This however, may be a bad example of a sport because I know that people can get really into anything and be competitive over something that isn't a sport.

However, it still supports the fact that cheerleading is indeed a sport.

4. Comparisons to Other "Sports" 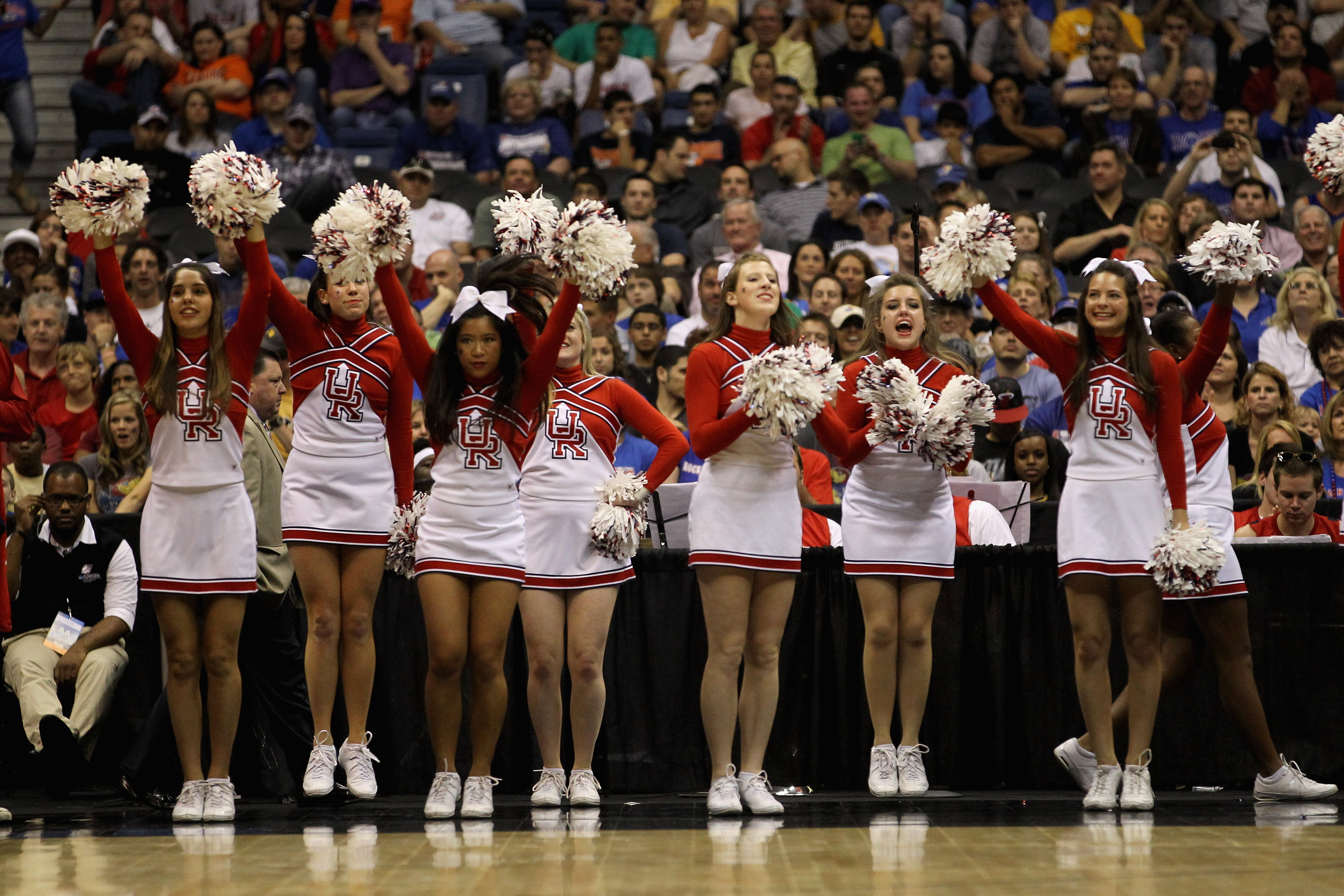 Now that we're done picking apart the official definition of a sport, let's compare it to other things that are recognized as sports that are remarkably similar to cheerleading. The first of these sports is gymnastics.

Gymnastics is such a popular sport that it is featured in the Olympics and is one of the most popular events. Gymnastics is both men and women trying to perform elaborate flips, tricks and other acrobatic feats while on mats, beams or trampolines.

Cheerleaders may not use beams or trampolines, but they do do their performances on mats.

Cheerleaders do, with or without the help of their teammates, flips and acrobatic feats to try to "wow" their judges or the crowd their performing for.

In fact, a lot of cheerleaders take gymnastics to try to hone their tumbling, so they will be better come time for competition. 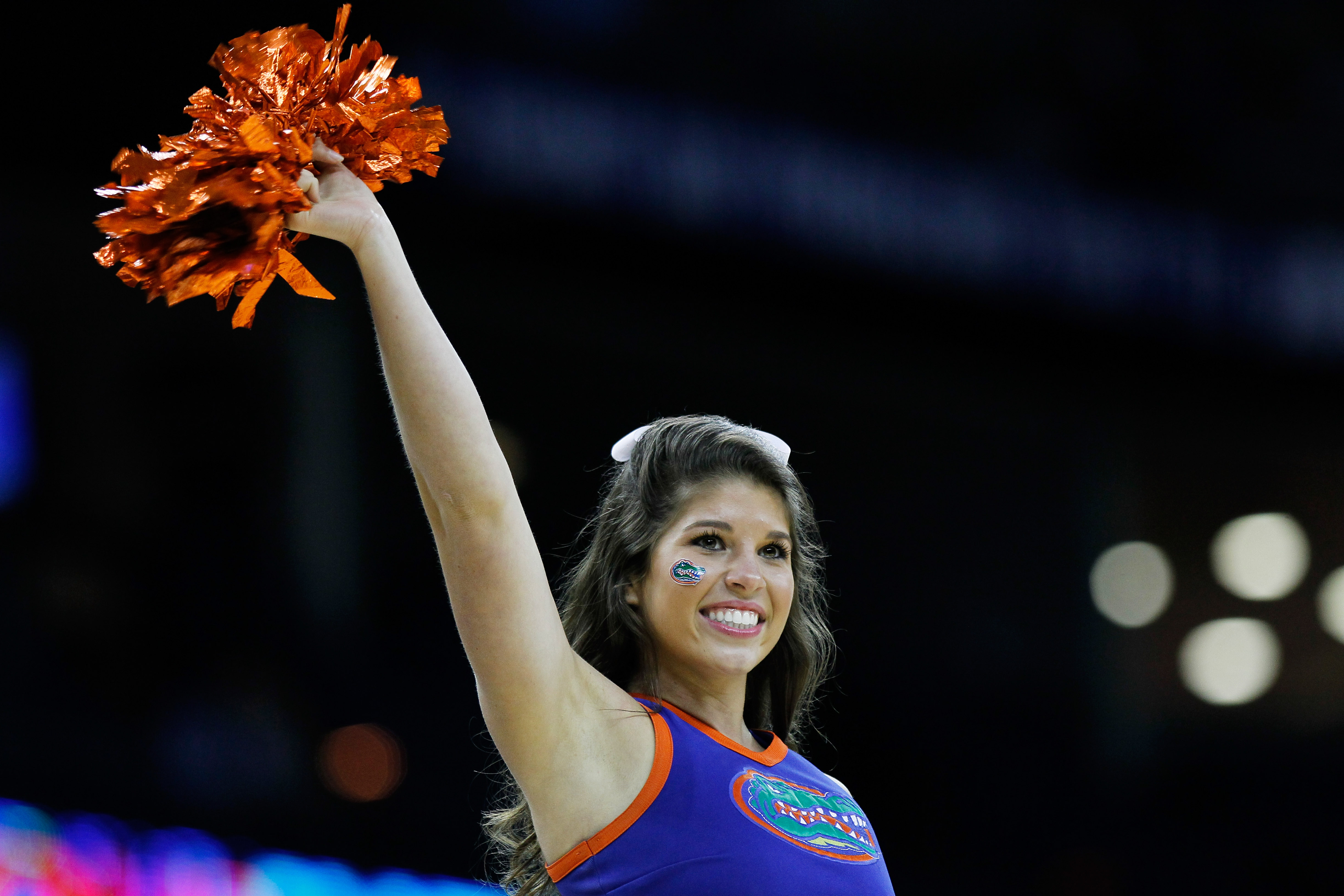 Another sport that cheerleading is strikingly similar to, is dancing. Dancing is in the Olympics in different forms.

Cheerleading and dancing are basically the same exact thing except that dancers don't do any flips. They may do jumps or things to that sort, but they never do the risky things that the cheerleaders do.

If dancing is a sport, and they do less than cheerleaders, than shouldn't cheerleading be a sport as well?

There are many facts pointing to cheerleading being a sport. In fact, a lot of cheerleaders join other sports such as track, just to stay in shape for cheering.

You have to be able to either lift and toss or be lifted and be tossed. The ones being tossed have to trust their lives with the people assigned to catch them. If they are misplaced, a neck could easily be snapped and a life could easily be lost.

In fact, approximately 16,000 cheerleaders get injured in cheer related accidents, more than any other sport-like activity in the world.

They get judged, they compete, they have to stay conditioned, what could possibly make them not a sport?

Watch the above video and judge for yourself.