WWE Rides: The 20 Best Vehicles of the WWE/WWF/WCW 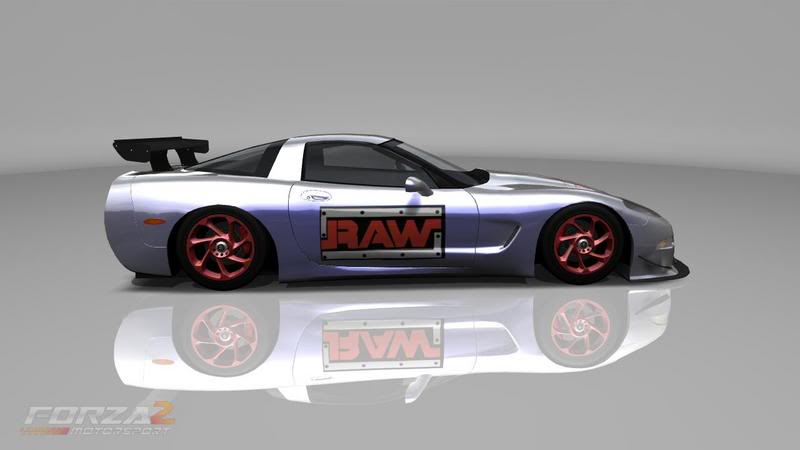 Although most people seem to forget about the cars, trucks, and even ATV's that WWE has used, they have all played an awesome part of great shocking moments in WWE.

Some use them as entrances, others as backstage modes of transportation, and even to embarrass other wrestlers.

I have found 20 of the best used vehicles in WWE.

In case you guys notice, because even though I am writing this I know somebody is going to put a comment that says "Where's the DX Express," I am aware that the D-X Express is not on here. I couldn't find a good picture of it, so I didn't put it on here.

So anybody that comments about that is an instant fail.

The awesome milk truck that every WWE fan remembers and loves. 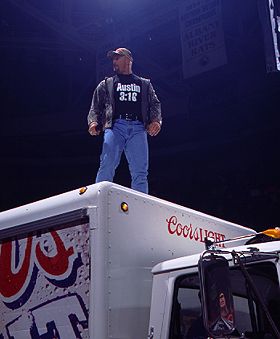 The infamous beer truck of none other than The Rattlesnake, Stone Cold Steve Austin himself. We can remember countless wrestlers being soaked by the truck.

The most recent and probably last person to get hosed was Santino Marella after insulting Stone Cold's movie, "The Condemned." 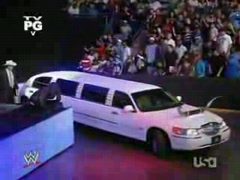 Who knew that a former beer drinking, cigar smoking, ass kicking member of the APA would ever be seen driving this?

Without the horns, this is just another boring limo, but when the cowbell (or whatever bell that is) rings and the horns show on the limo we all know that JBL was in the house. 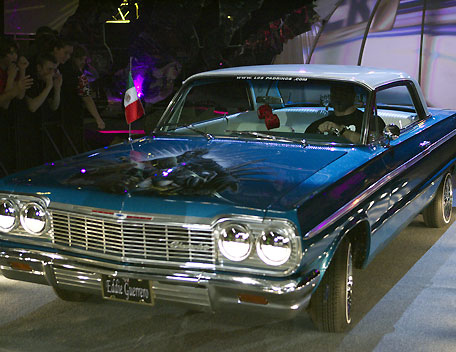 You can't lie, cheat, and steal without having an awesome low rider with you. 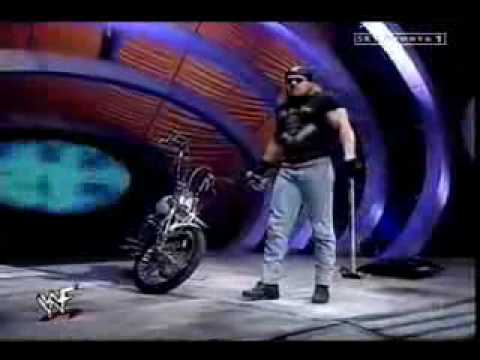 One of the WWE's best gimmicks for the Undertaker. The American Badass always rode in on a motorcycle and always whooped some serious ass.

Chuck Palumbo rode a motorcycle for a short time as well.

All Of Alberto Del Rio's Cars

Alberto Del Rio's cars are all badass, but you already knew that. 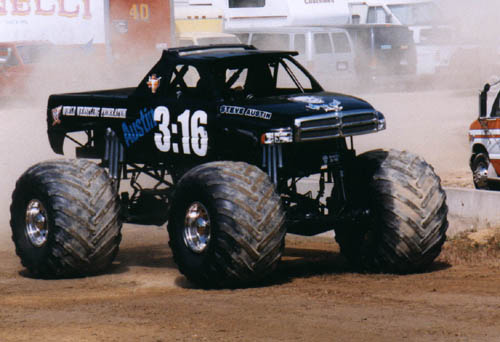 The monster truck that demolished the Rock's rental car, I believe.

It was one of an awesome series of destruction Austin caused. 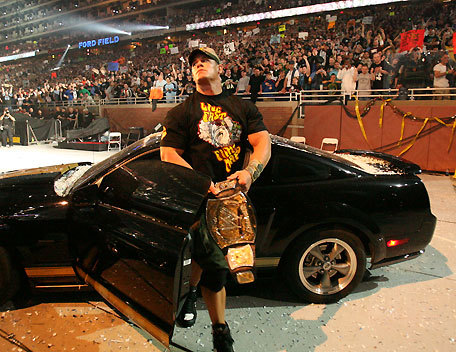 This Ford Mustang that he drove into WrestleMania 23 shows he has some sweet taste, too.

Sorry about the picture. I know it's not one of the car, but in this case, the car was only a pawn in a way better set up.

Perhaps one of the greatest "Who did it?" storylines that WWE ever had came from this incident, where an unknown driver ran over Stone Cold Steve Austin.

The Limo That Wrecked Bret Hart 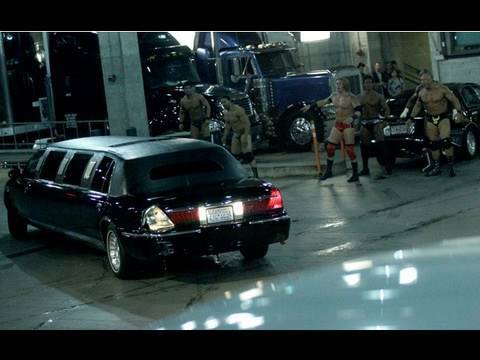 One of the most recent uses of a car for destruction came here.

The Nexus was on their rampage where they were destroying everything and everyone.

Bret Hart was the victim of this accident, in which Nexus threw him into the limo, then crashed it. 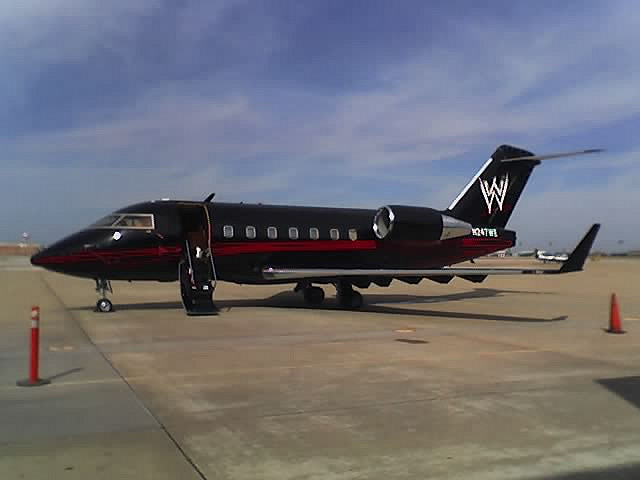 The famous WWE private jet. Better known for when DX wrote its logo on it to piss off Vince.

The Limo That Was Supposed To End Vince McMahon's Character 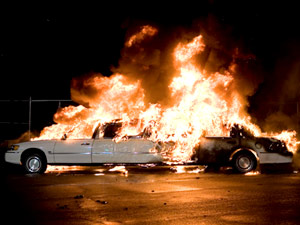 When this limo blew up it was supposed to be the end of Mr. McMahon's character.

Sadly, however, Chris Benoit passed away during the week of this episode, and Mr. McMahon came back to do the Tribute to Benoit episode. 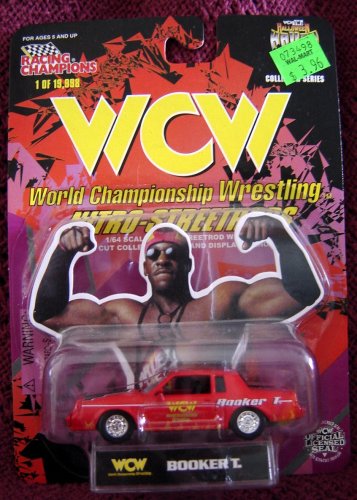 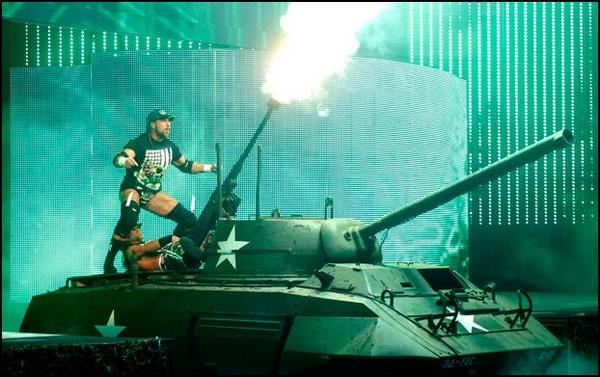 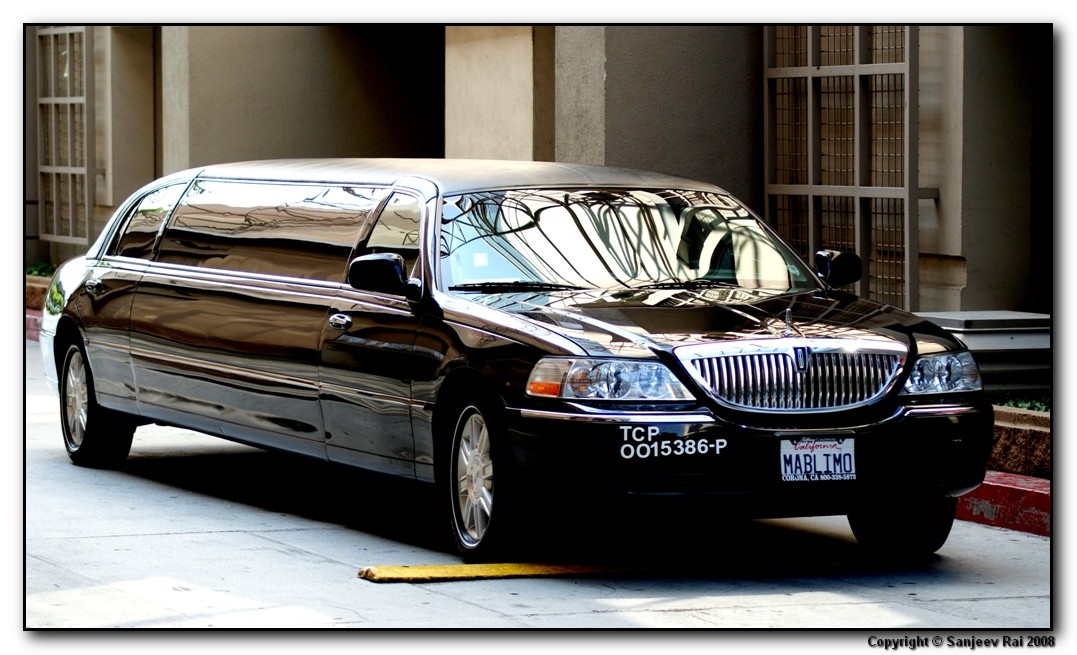 The surprise limo. You might be wondering what this means.

It used to be, and more recently last Monday, that this limo would show up containing somebody that (before Internet times) all made us wonder one thing.

This has got to be the best Zamboni ever. Best ass-beating ever, too. 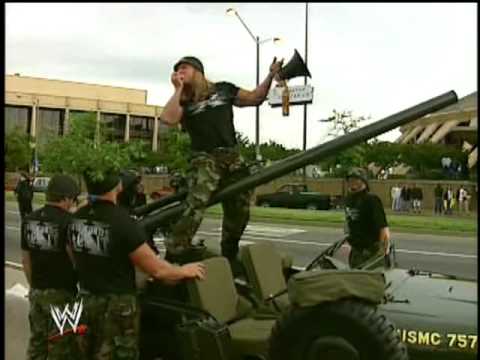 The DX jeep that started when they invaded WCW. Good times. 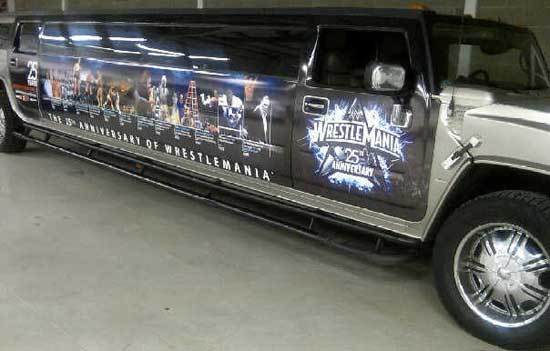 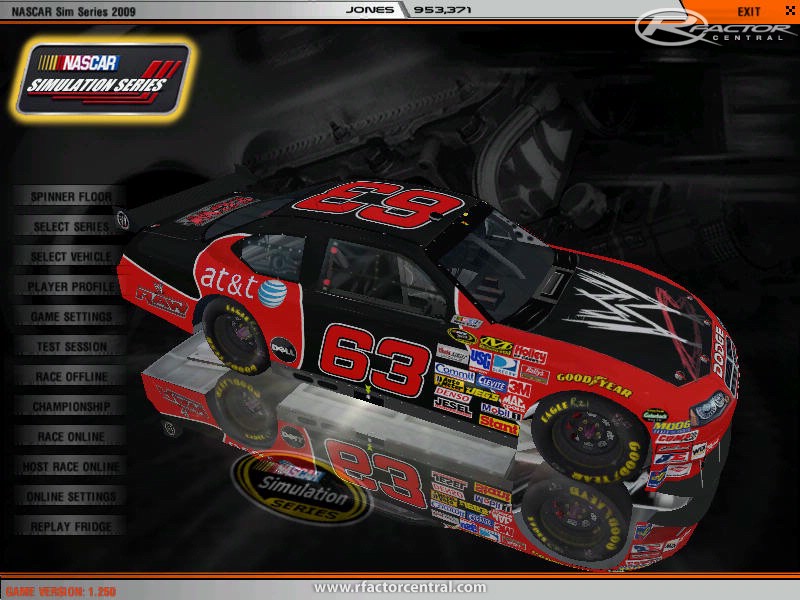 It hasn't happened yet, but it would be cool if it happens soon. 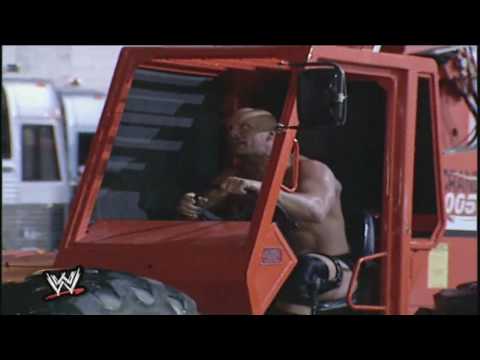 This one is for pretty much every vehicle HHH has owned.

Austin Deconstruction destroyed the DX Express and in the picture above took out his car.