Reasons Why Andy Murray Hasn't Yet Won a Grand Slam 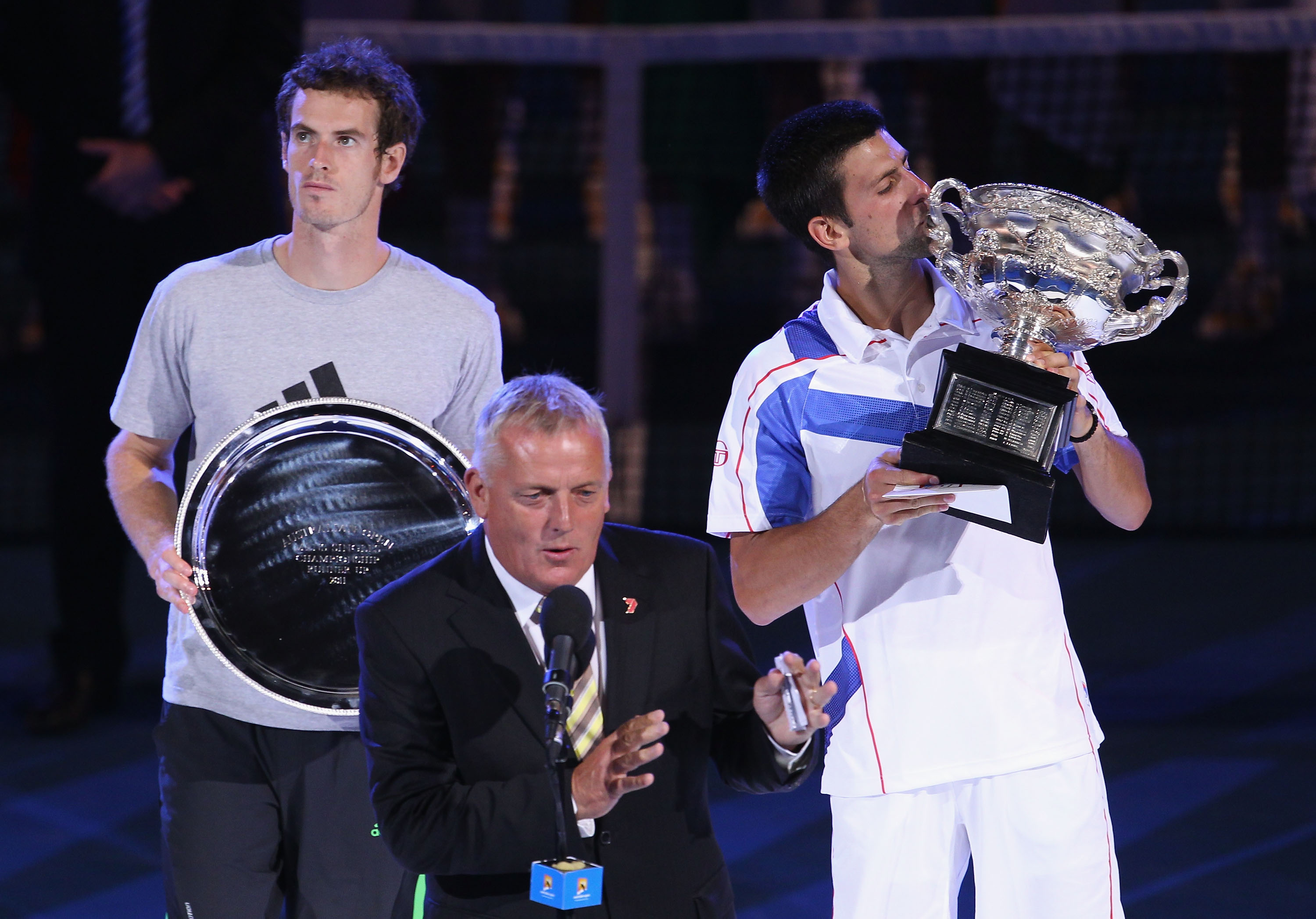 Andy Murray has become tennis' newest great disappointer. Such titles are only reserved for those who have consistently demonstrated their suitability for it; for Murray he has done so, now, three times. What exactly is this notorious feat? Losing three grand slam finals, and each time in straight sets.

It is hardly an achievement to boast of; yet as much as we might discuss his failings, or indecision in the biggest moments, Murray's inability to win a slam as yet is not entirely of his doing. There are valid reasons, both subjective and objective, for his 0-3 record in grand slam finals.

Here are some reasons why the Scot, hailed as Britain's next great thing, hasn't yet fulfilled his Fred Perry-ordained destiny of being the next British grand slam winner, and perhaps why he might not fulfil it for a while yet.

He Has Faced the Very Best, at Their Very Best 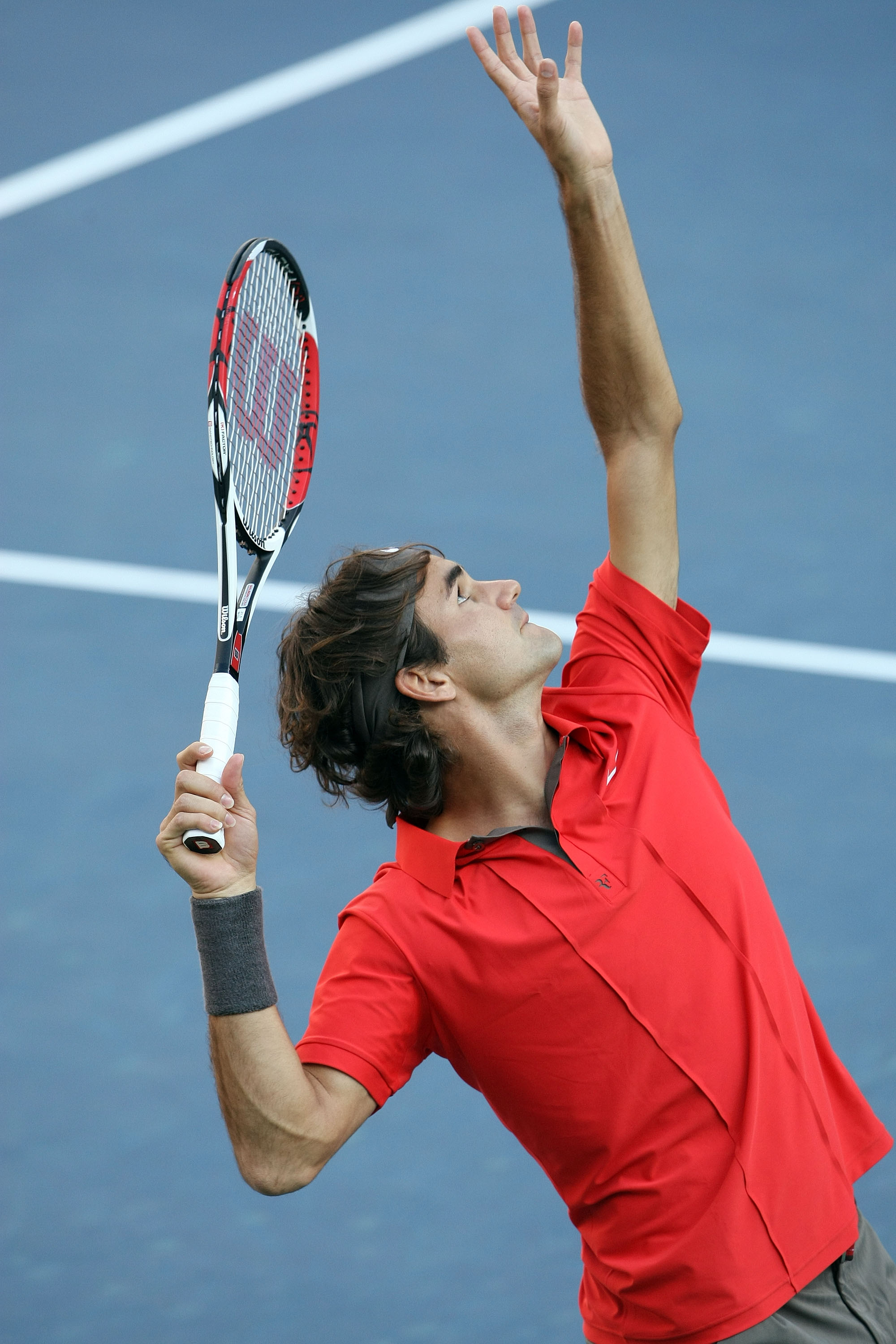 Its no secret that Murray's losses have come to two of the best players on this planet – one arguably the greatest player every to play tennis, and the second a true prince and next in line to succeed to heady tennis royalty.

These men, of course, are Roger Federer and Novak Djokovic, who have defeated Murray at the US Open in 2008, Australian Open in 2010 and Australian Open in 2011, respectively. Without saying anything about Murray's record against these two – with Roger he has led their head-to-head for the large part of it, and with Djokovic has been fairly tied most of their short match history – it suffices to say that playing the greatest player ever alone would have its complications.

Playing Djokovic, of course, was perhaps his best chance, just over a month ago – many might have thought him the favourite in that match. But the Serb was simply stunning, utterly perfect; so likewise had been Federer at the US Open in 2008 and the Australian in 2010.

Murray had simply run into players who not only had imposing, frightening reputations, but who were playing terrifyingly good tennis. Well as he might have played, beating the best in the big moments would have been a question in itself; but Murray has been unable to so much as win a set.

Indecision and Uncertainty Has Plagued His Game 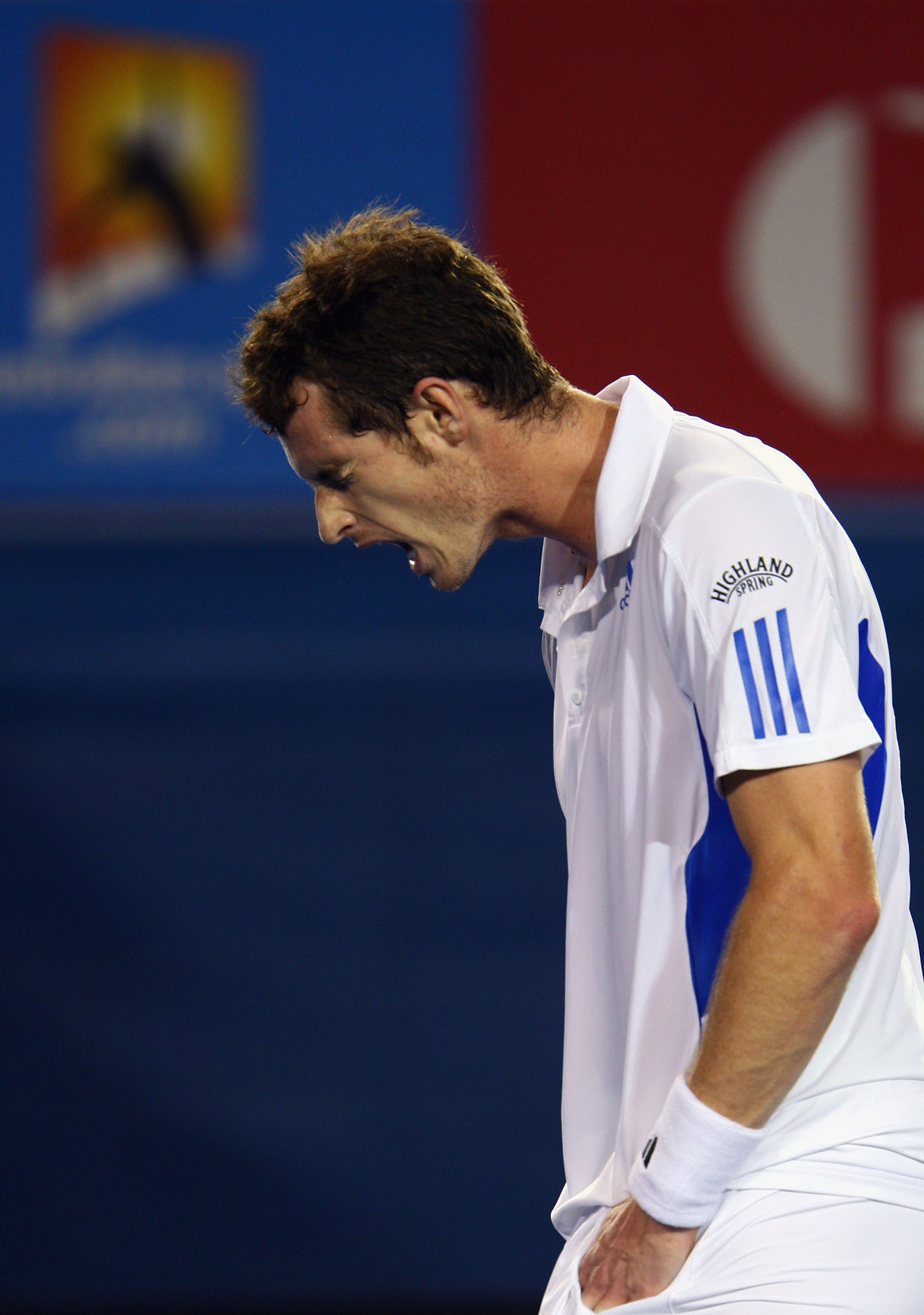 Another crucial part of Murray's shortcomings has been his failure to totally take control; to take a match by the scruff of the neck and plunge his fingernails right into it. Often, it may be said that he has played tentatively and inconsistently, not only from the start of the match, but henceforth throughout, to come up short against an opponent who, contrariwise, was steadfast in purpose.

His Australian Open finals in 2010-1 may exemplify this. Barring his inexperience in his first final in 2008, He has been unable to constantly apply pressure. Against Federer in 2010 he went up 0-30 in the first game off some stunning backhands, only to slowly let up, and eventually allow Federer to take the aggressive advantage. Likewise against Djokovic the year after, he wasted crucial opportunities off missed smashes to go up a break. On all three occasions Murray has failed to find a winning formula, only winning formulae, from which he has been unable to decisively choose.

Perhaps it is Murray's chameleon-like game that is to be at fault. His great array of potential weaponry has often presented him with too many options for him to consistently apply the pressure necessary to gain big leads in big matches. Murray's own game, in this instance, may be the source of his own uncertainty.

He Has Lacked That 'One' Shot 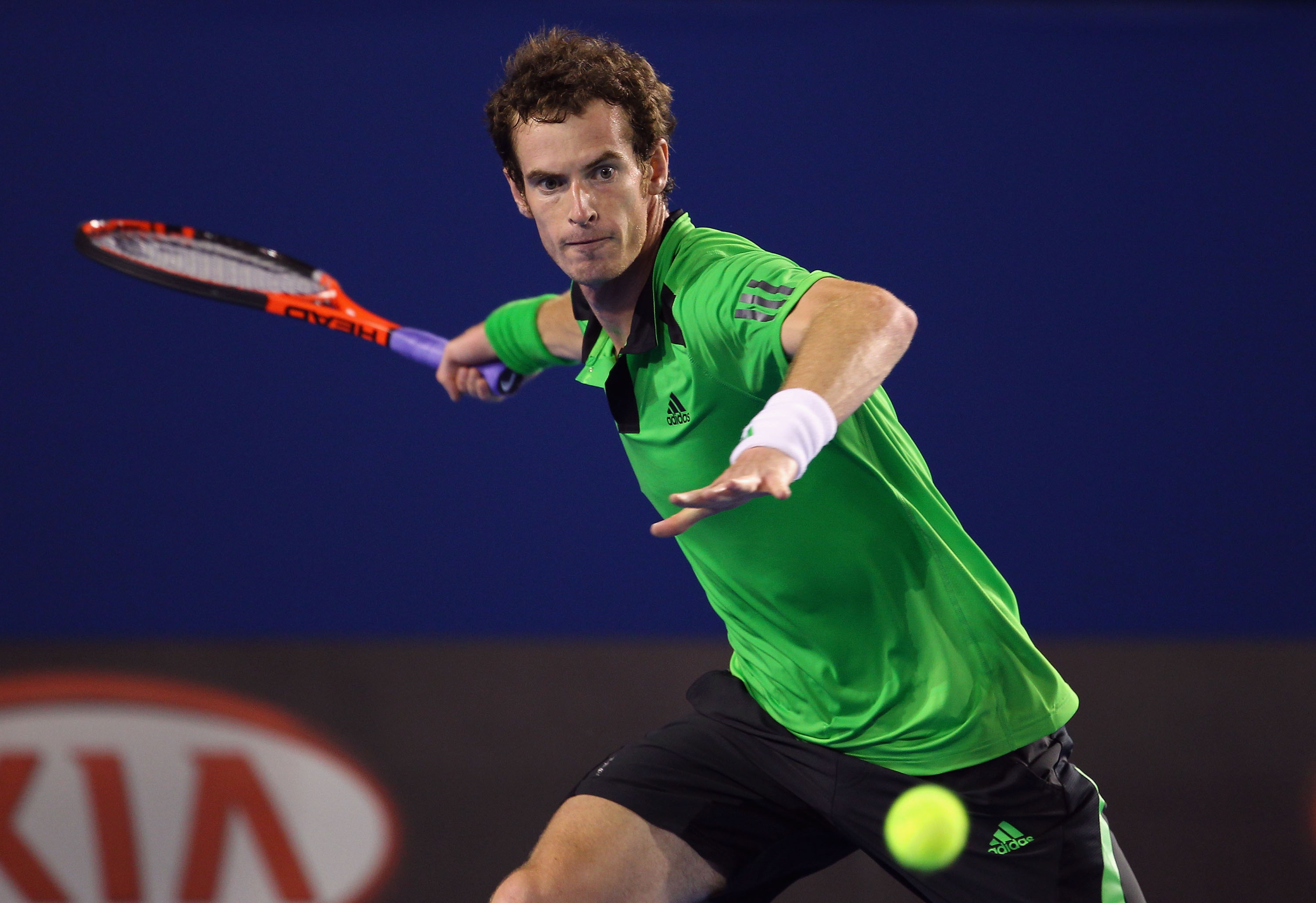 One problem in connection with Murray's great versatility, however, is a surprising and perhaps now more noticeable lack of artillery. Simply put, Murray doesn't exhibit the sort of firepower necessary to make serious dents against the best players, and especially against Federer and Djokovic.

This was most apparent in his final against Djokovic, where it became quite evident, after a set and a half, that his brand of counterpunching, consciously disorienting tennis just wasn't going to cut it against a machine in Novak Djokovic.

The problem has been just that: Murray has come up against a machine every time he has played a grand slam final thus far, be it Federer blasting forehands in 2008, Federer hitting scary backhands in 2010, or Djokovic just being a beast in 2011. On each occasion he has looked helpless, quite frankly, to make any significant offensive inroads.

The only solution for Murray, it seems, would be to become just such a machine. He would need to apply his forehand or backhand side to just consistently and unrelentingly assail his opposition, whoever it may be, magic tricks or cheekiness left aside. He needs that one shot that would end tiring rallies, and stun his foes into fear and awe. The only question, however, is: does Murray really have this in him? 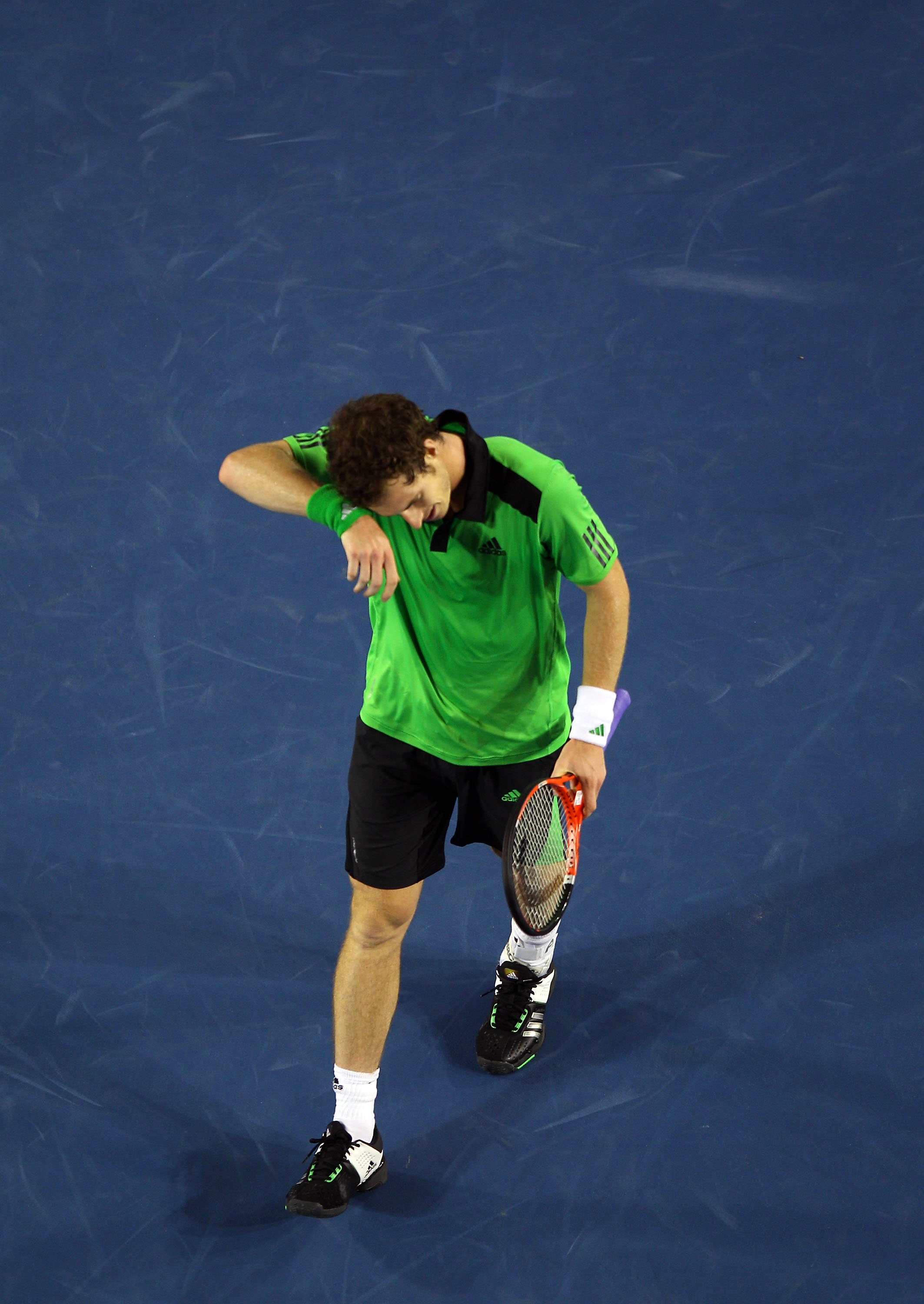 Murray's runs in these three finals have had, in retrospect, the look of happy-go-lucky expeditions into uncharted territory. For at least the first time, and possibly the second, this was perhaps true; while this is the desired attitude towards playing tennis, and releasing the tension and stress of the moment, it may be said that for Murray, at least, he has been wanting in something more.

Let this be called "grand slam stamina." No, it's not that five-set fitness which people have often asked of Murray – that is probably an area in which Murray, with all the intensive physical regimes he puts himself through, would lack least. Moreover, it isn't as if he has had a chance in his three finals to demonstrate this. This "grand slam stamina" is something more insubstantial; it's that ability to mentally prepare thoroughly for a grand slam final, as the culminating match of a two-week campaign.

We've seen it in Federer, Nadal and now Djokovic, over the last four years – that will and determination to win at all costs evident form the get go, in the first ball of the first set. So often have we seen them run away with grand slam finals through manifesting this in their tennis, while Murray in contrast has often looked the inferior, and more confused, from the get go.

Perhaps it hasn't been quite his fault – perhaps Murray does have this runaway determination (and probably actually does) and simply has been outgunned and outrun by his opposition. Heck, he has faced two men best at this – Roger Federer and Novak Djokovic.