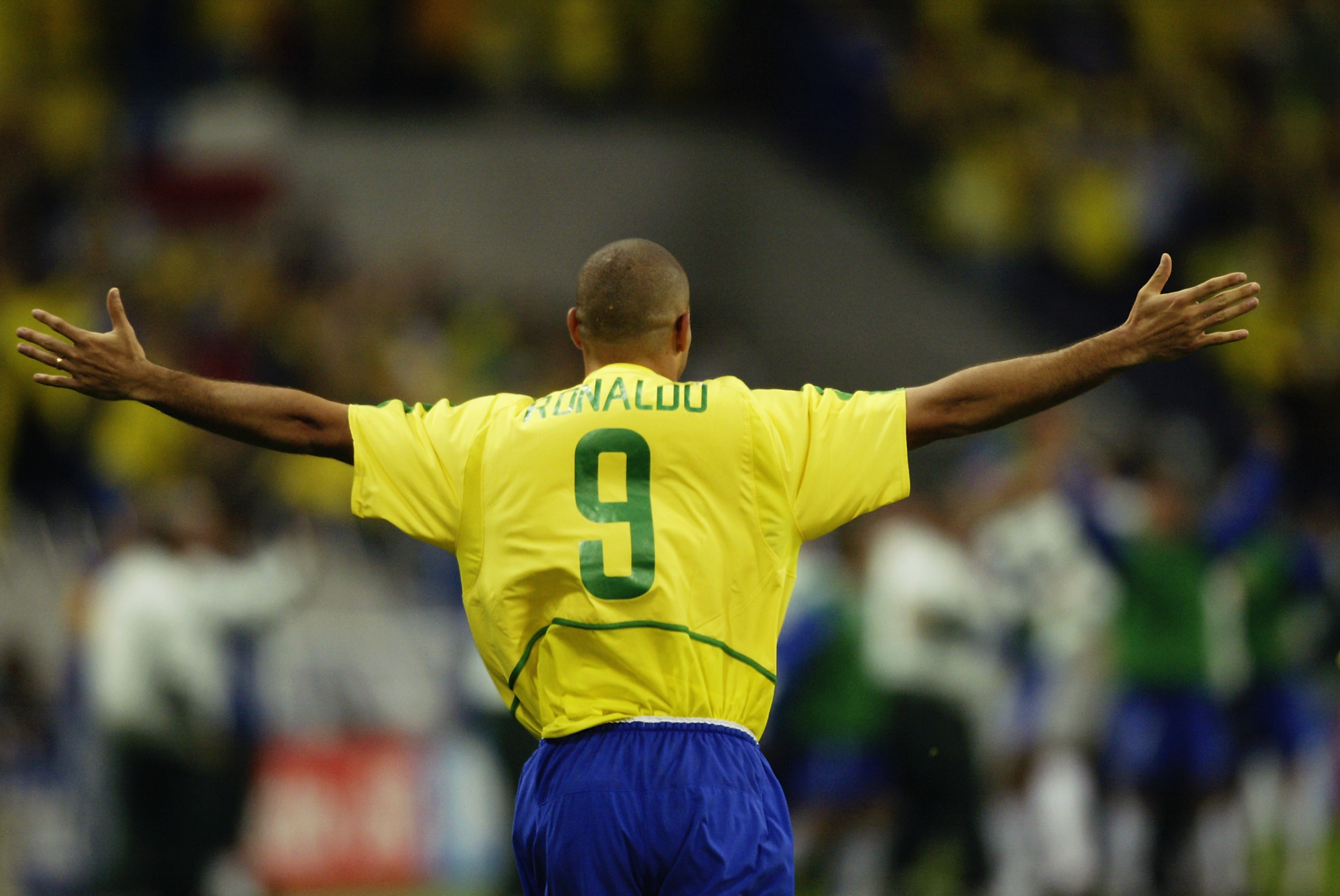 One of the best footballers of all time is ready to say goodbye.

Ronaldo Luís Nazário de Lima, Il Fenomeno, will announce today his retirement after an 18-year career in which he played for six teams, won two World Cups and was three times the best player of the year, among many other accolades.

Despite being hampered by many injuries, Ronaldo gave us many great moments. Here is a recollection of some of his best.

Just one year after his professional debut with Cruzeiro, a 17-year-old Ronaldo was included in the Brazilian squad for the 1994 World Cup in the United States.

He didn't play in this tournament, but hey, he was part of a world champion squad as a teenager. That definitely counts as a big moment in his career.

9. His Last Titles with Corinthians 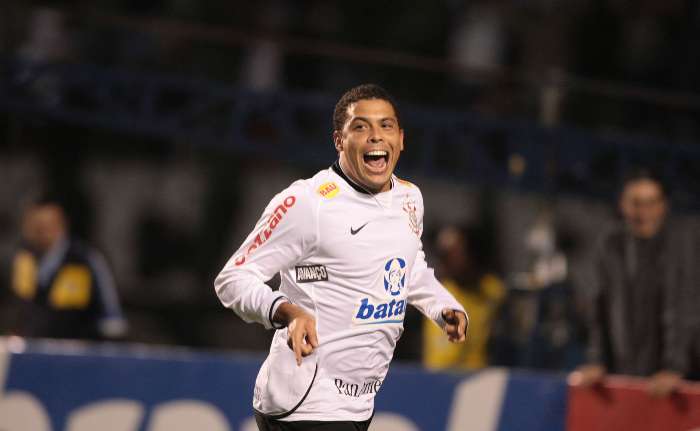 Ronaldo scored on goal on the first leg of the Copa do Brasil Final against Inter.

Anyway, he made the right choice. Just months after his arrival he won the last titles of his career, the Campeonato Paulista and the Copa do Brasil.

Despite an injury-shortened season with PSV, Ronaldo managed to average almost one goal per game with the Dutch team and then with Barcelona in 1996. That year, he won the Dutch Cup before being transferred to the Catalan side for a then-record amount of $17 million.

He became the youngest player ever to win the FIFA World Player of the Year award and was runner-up in the voting for the Ballon d'Or. 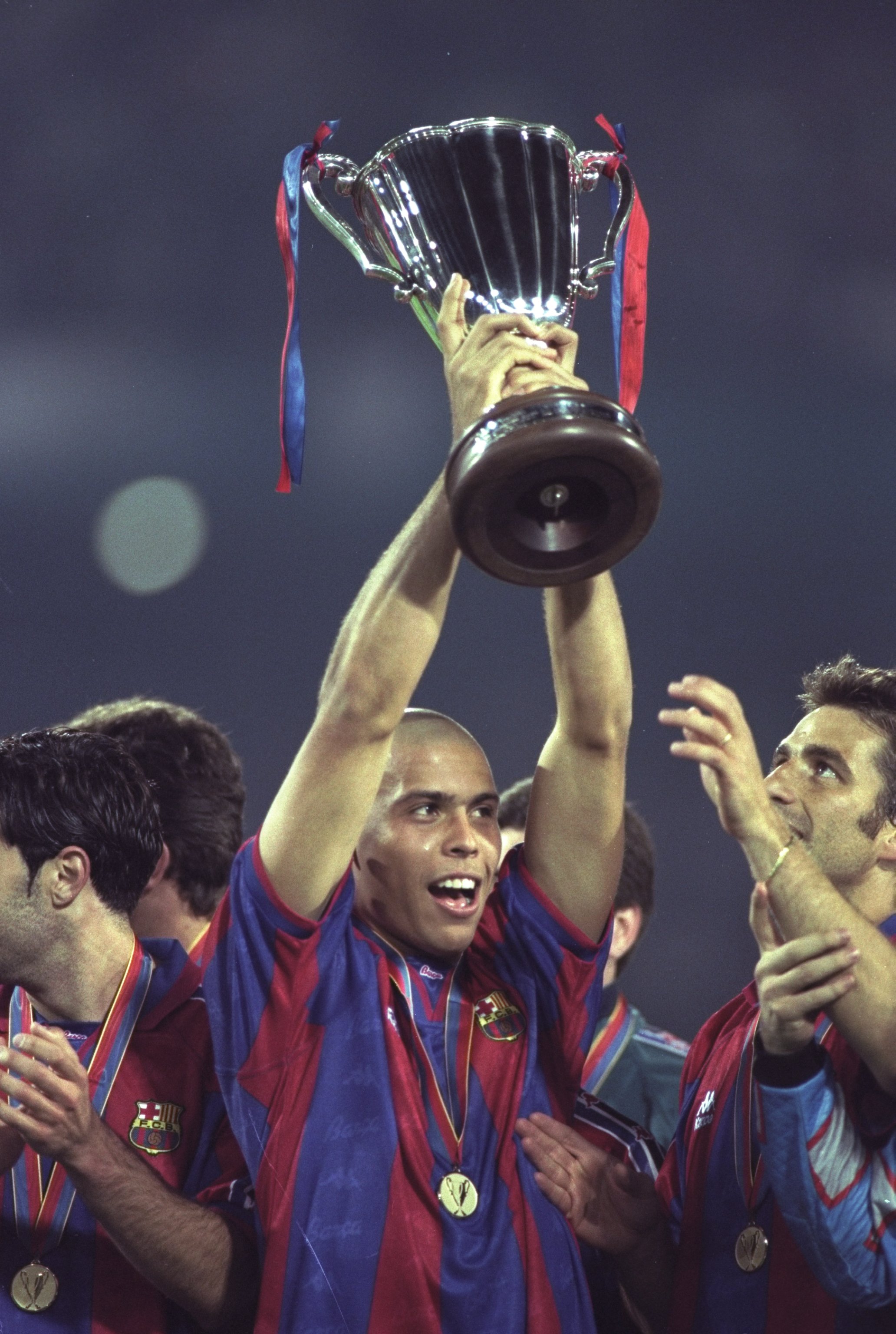 If anybody had doubts about Ronaldo being the best player in the world in the previous year, the Brazilian striker made sure nobody would question him in 1997.

He finished his one-year stint with Barcelona scoring 47 goals in 49 official games, helping Los Culés to win the UEFA Cup Winners Cup and the Copa del Rey before leaving for Internazionale Milano. 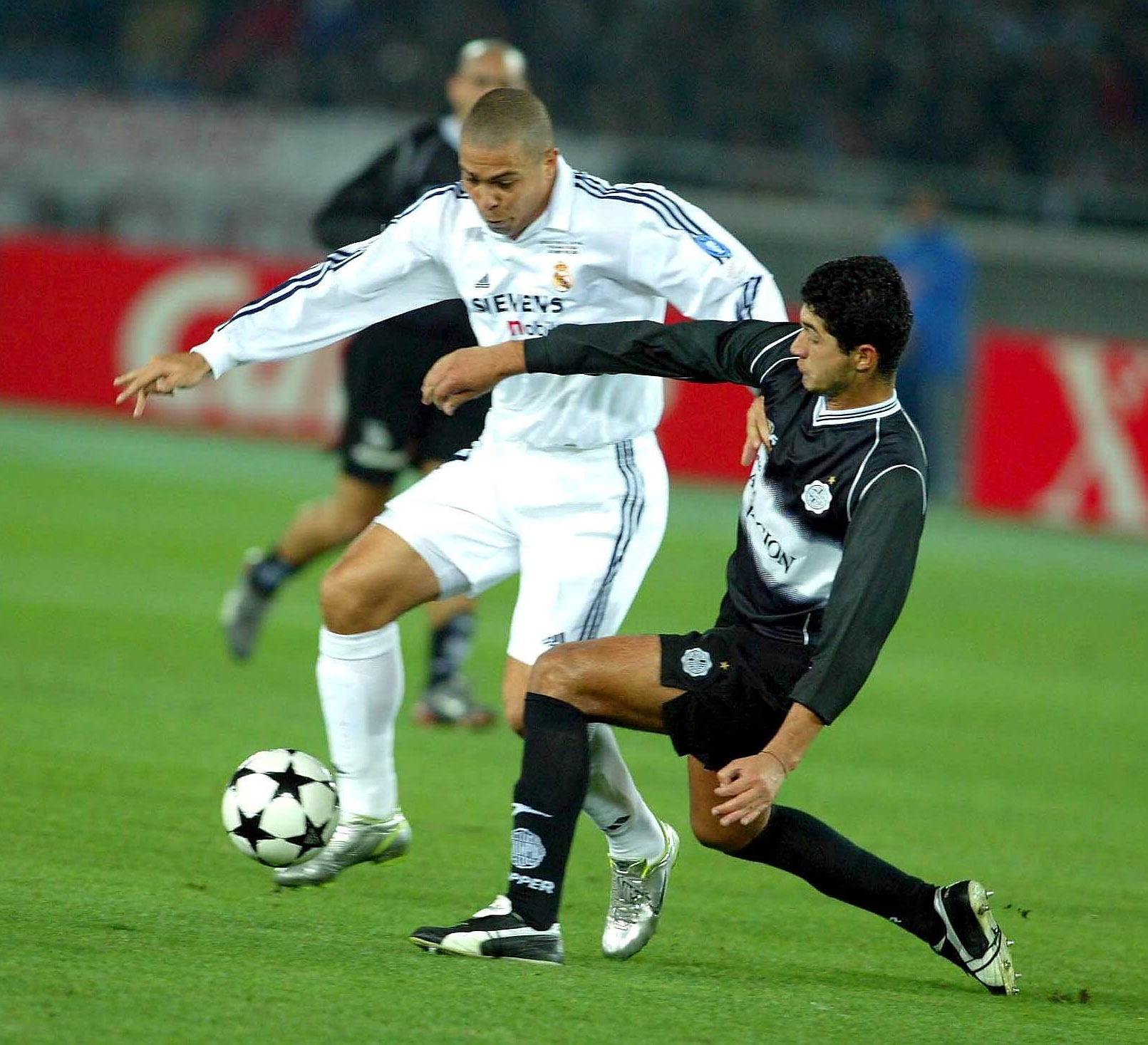 Ronaldo never won the UEFA Champions League, but he did won one Intercontinental Cup with Real Madrid, also in that marvelous 2002 year.

He scored the first goal in the 2-0 victory over Paraguayan Olimpia and was named Man of the Match. A few days later he got his third FIFA World Player of the Year award.

After five years in the Serie A, Ronaldo signed with Real Madrid for the 2002-03 season, but he had to wait almost two months to make his debut due to an injury.

He made up for the time lost in his first appearance in La Liga, coming off the bench against Alavés on Oct. 6. He scored his first goal just 60 seconds after entering the field and added a second 14 minutes later. Real Madrid won 5-2.

At the final whistle, the striker walked off to a standing ovation from the crowd of 75,000 at Santiago Bernabéu Stadium.

4. League Champion for the First Time 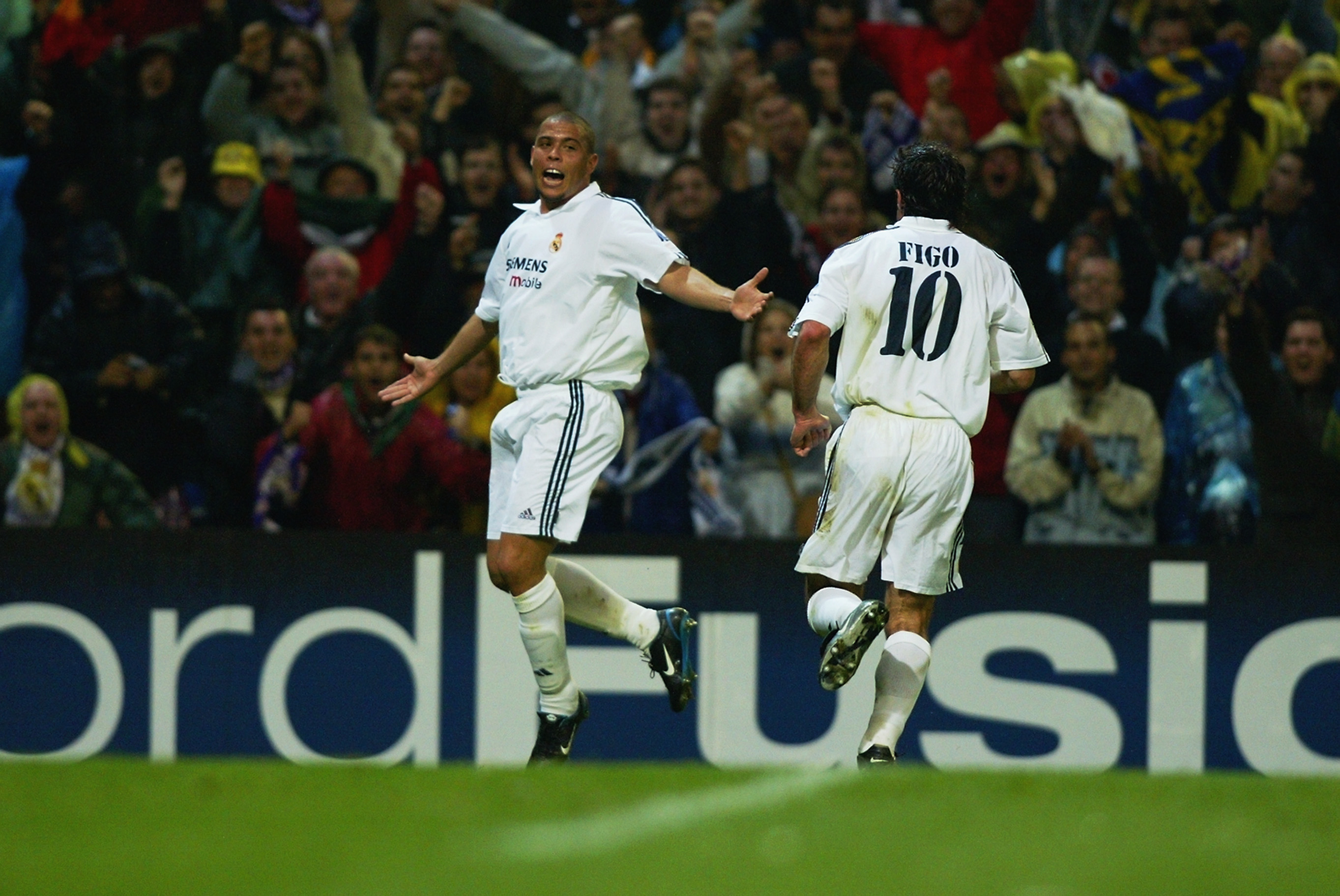 It's hard to believe it, but Ronaldo had to wait 10 years since his debut to win his first league championship.

Real Madrid had chased Real Sociedad for most of the season, finally taking over the lead in Week 37 thanks to a 4-0 victory against Atlético Madrid in the Vicente Calderón stadium combined with Real Sociedad's 3-2 defeat at Celta de Vigo.

In the last round of the league, Ronaldo scored two goals to lead Real Madrid's 3-1 victory over Athletic Bilbao, good for Los Merengues' 29th league title.

Technically, Ronaldo was part of the 2006-07 Real Madrid squad that won the league, but he had left to sign with AC Milan in the winter transfer market.

With this goal against Ghana in the Germany 2006 Round of 16, Ronaldo reached 15 in World Cups to break Gerd Muller's record.

It was also the last goal for Ronaldo with the verdeamarelha. Four days later, Brazil lost against France in the quarterfinals, and Il Fenomeno never played for his national team again. He finished his international career with 62 goals in 97 caps.

2. That Goal Against Compostela

Oct. 2, 1996. That was probably the day the world became aware Ronaldo was already the best player in the world.

He had an excellent performance against Compostela, scoring three and giving one assist, but the highlight of the night was his second goal of the night, probably the most iconic image of him on the field. 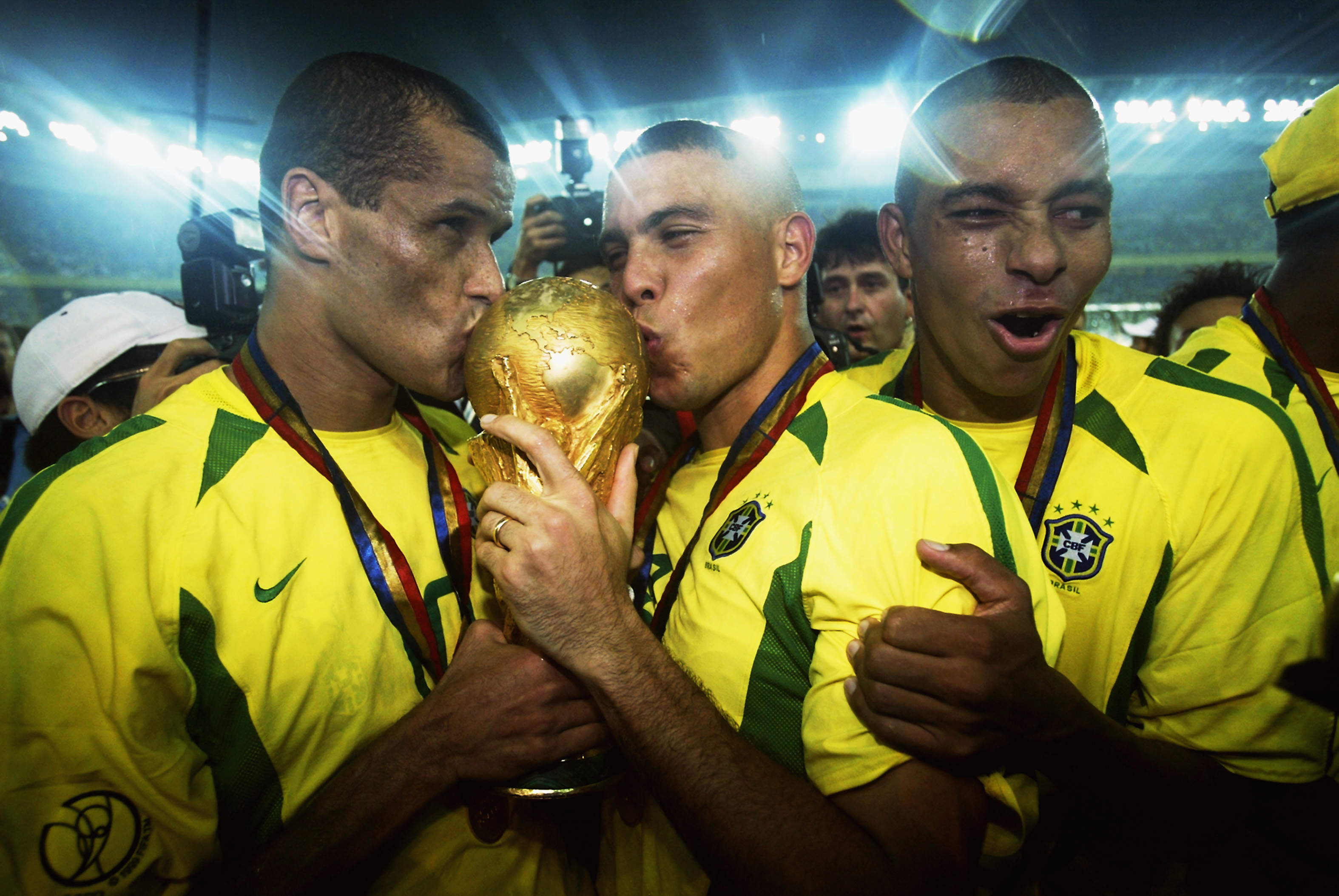 Four years after his collapse in the final of France 1998, Ronaldo and Brazil returned for payback against Germany in Yokohama.

This time there was no backstage drama. Ronaldo played at his best, scoring twice to lead Brazil to their fifth world title.

Ronaldo will definitely be remembered as one of the best of all time. All we can say is thank you, goodbye and good luck in whatever you decide to do after football.