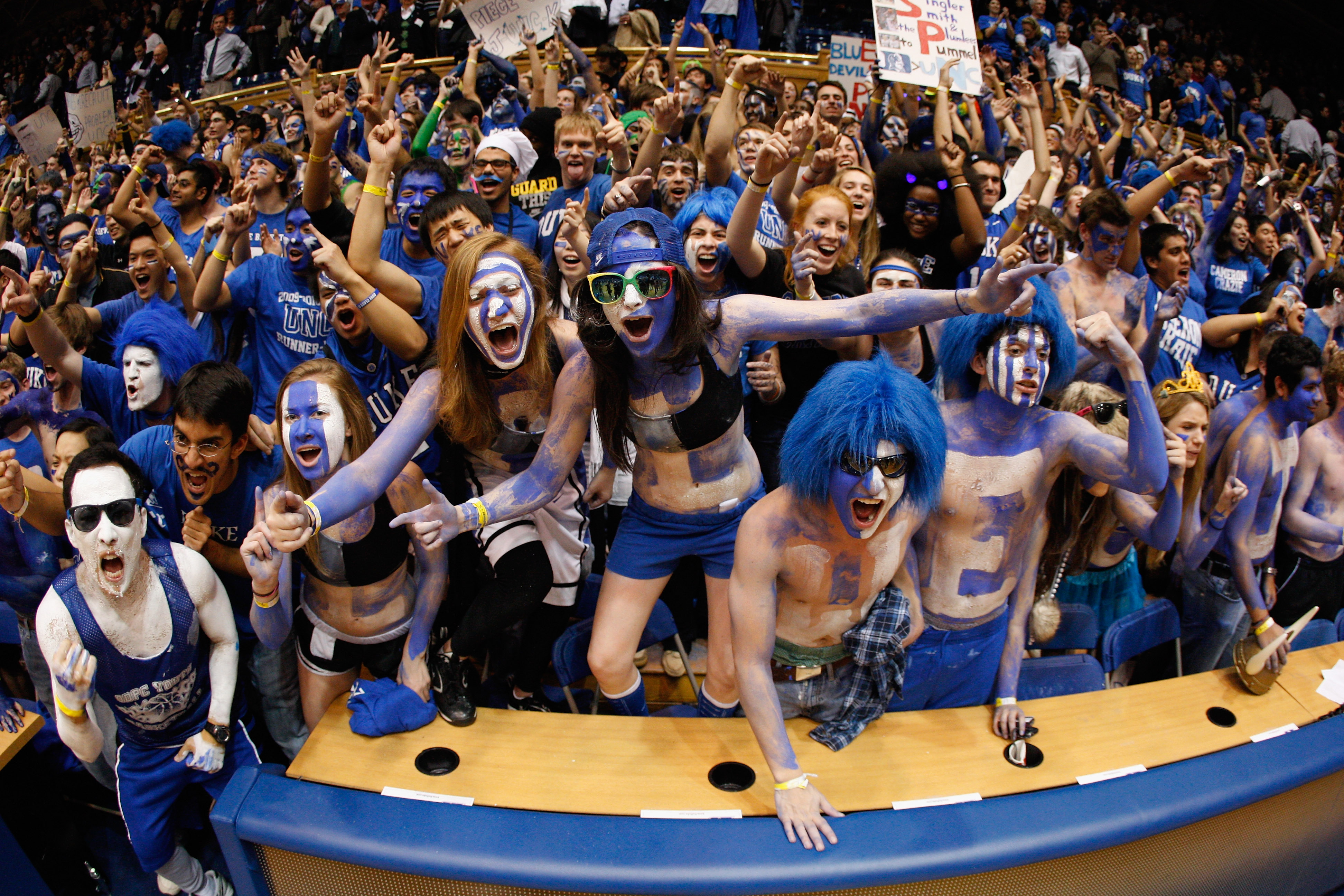 The above should be the official anthem for any adventurous sports fanatic.

Yeah, spectating at games locally is a delight, but there's a whole nation out there, filled with wildly entertaining and historically significant venues that dot the landscape from coast to coast and everywhere in between.

So get out there and find them. But before departure, use the following as your guide.

There are any number of great sports road trip destinations that await you, but we had to draw the line somewhere.

For us, 100 seemed like a nice, round number, including 10 apiece from 10 distinct regions around the U.S.

We've blanketed the country, with the exception of one region, and what a region it is. Welcome to the Mid-Atlantic, where two of college hoops' preeminent structures headline our final countdown.

Thanks for joining me on the ride! 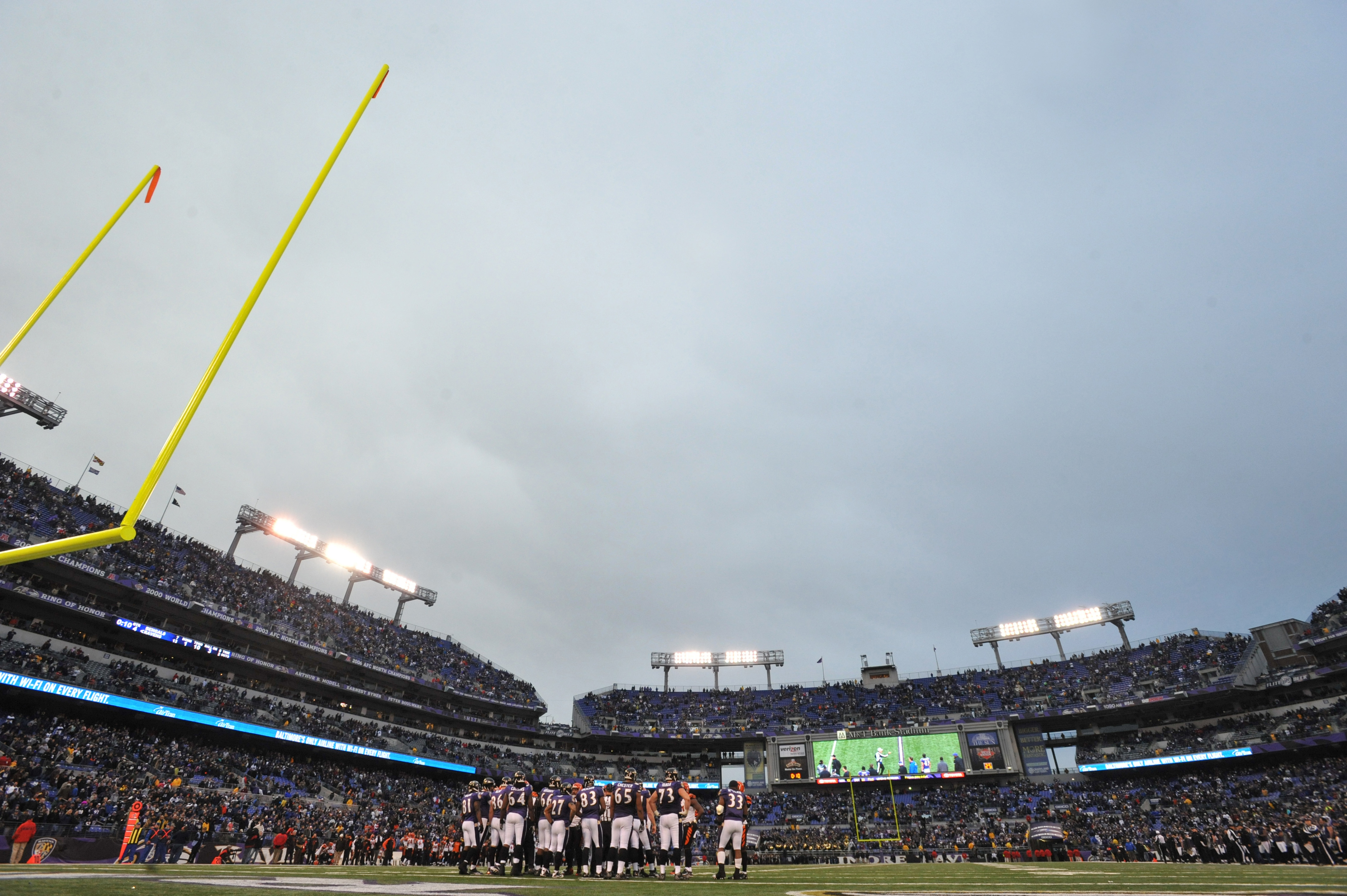 Your best bet for killing two birds with one stone while in Baltimore will involve the Ravens and Orioles, only you’ll have to wait until April to find out if such an opportunity will exist.

That’s when the NFL will release its schedule for 2011, which very well could feature the Ravens on a Sunday night telecast early in the season.

If so, proceed as follows: Attend a Sunday afternoon game at Camden Yards, which is adjacent to M&T Bank Stadium. For an intermission, visit Faidley’s on nearby North Paca for some award-winning crab cakes. To cap it off, attend said Ravens game, and you’re golden. 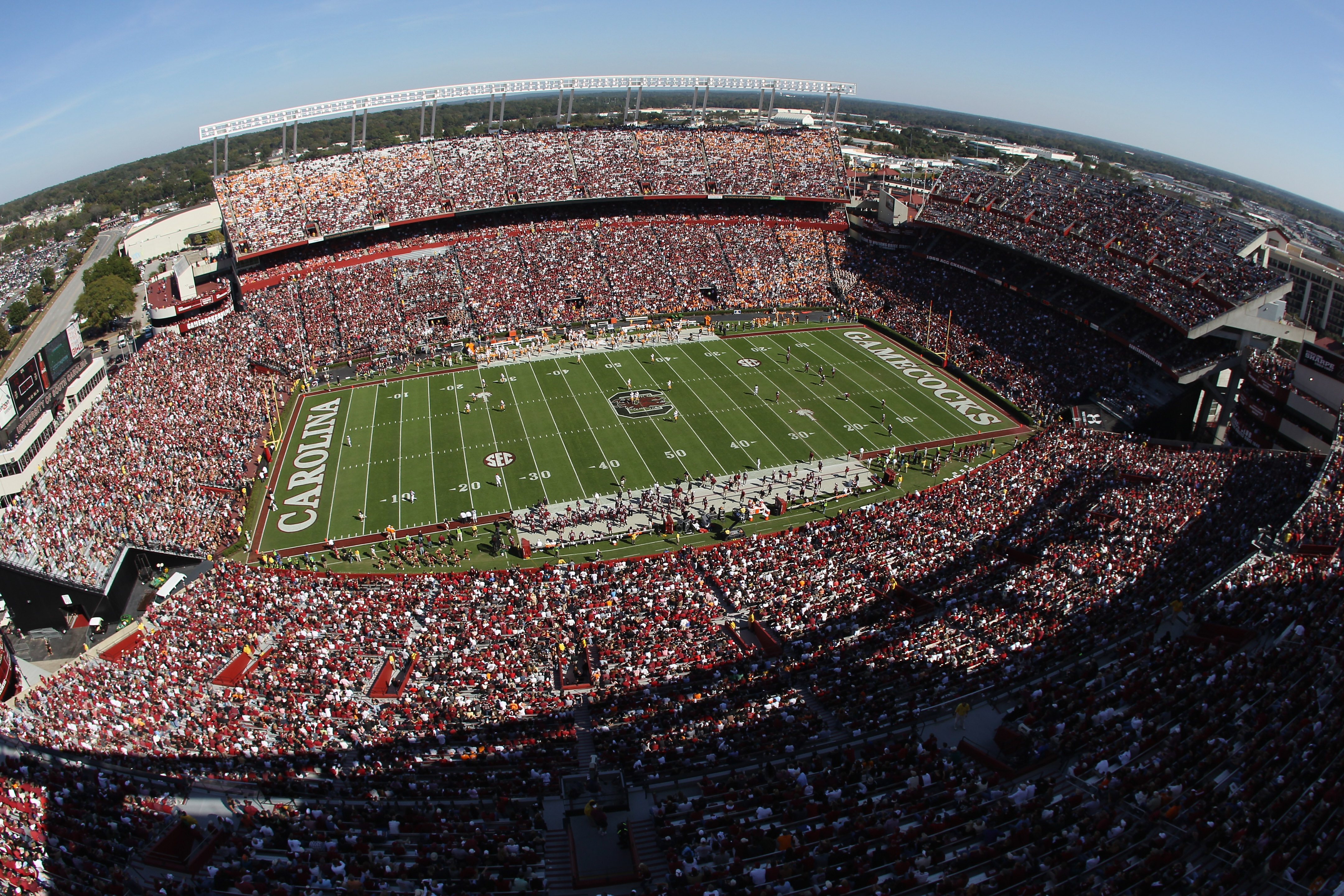 The SEC is crowded with NFL-worthy stadiums, monuments to how seriously and passionately fans in the South regard their football.

It’s tough to stand out, but Williams-Brice Stadium does it admirably.

Home to the South Carolina Gamecocks, this 80,250-seat behemoth may not get the recognition of Neyland Stadium in Tennessee or Death Valley at LSU, but it’s plenty deserving of being an intimidating force all its own.

It could get worse for South Carolina opponents. In the conceptual stage are expansion plans for the north end zone that would raise overall capacity to nearly 90,000. 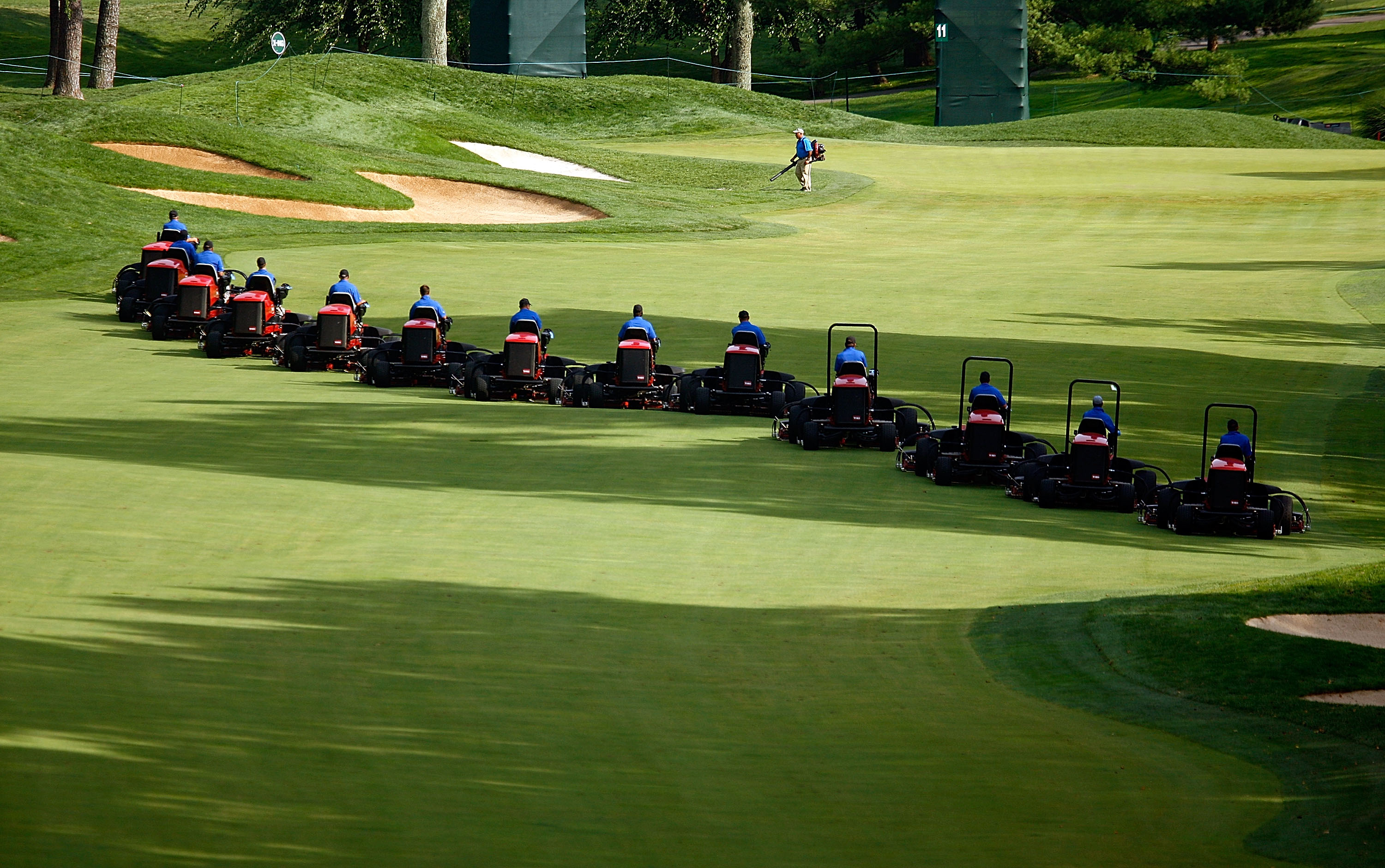 Not unlike some of the other courses on this list, you’ll have to spend some serious cheddar if you want to play Congressional.

Whereas Pebble Beach is a resort and Bethpage a public course, Congressional is a private club that requires an initiation fee of $100,000. That is, if you’re ever extended an invitation, which is the only way to ensure membership.

If you’re not important enough, don’t worry. There are other ways to access this jewel of Bethesda, Maryland, beginning with the U.S. Open, which will be held at Congressional for the third time this coming June. 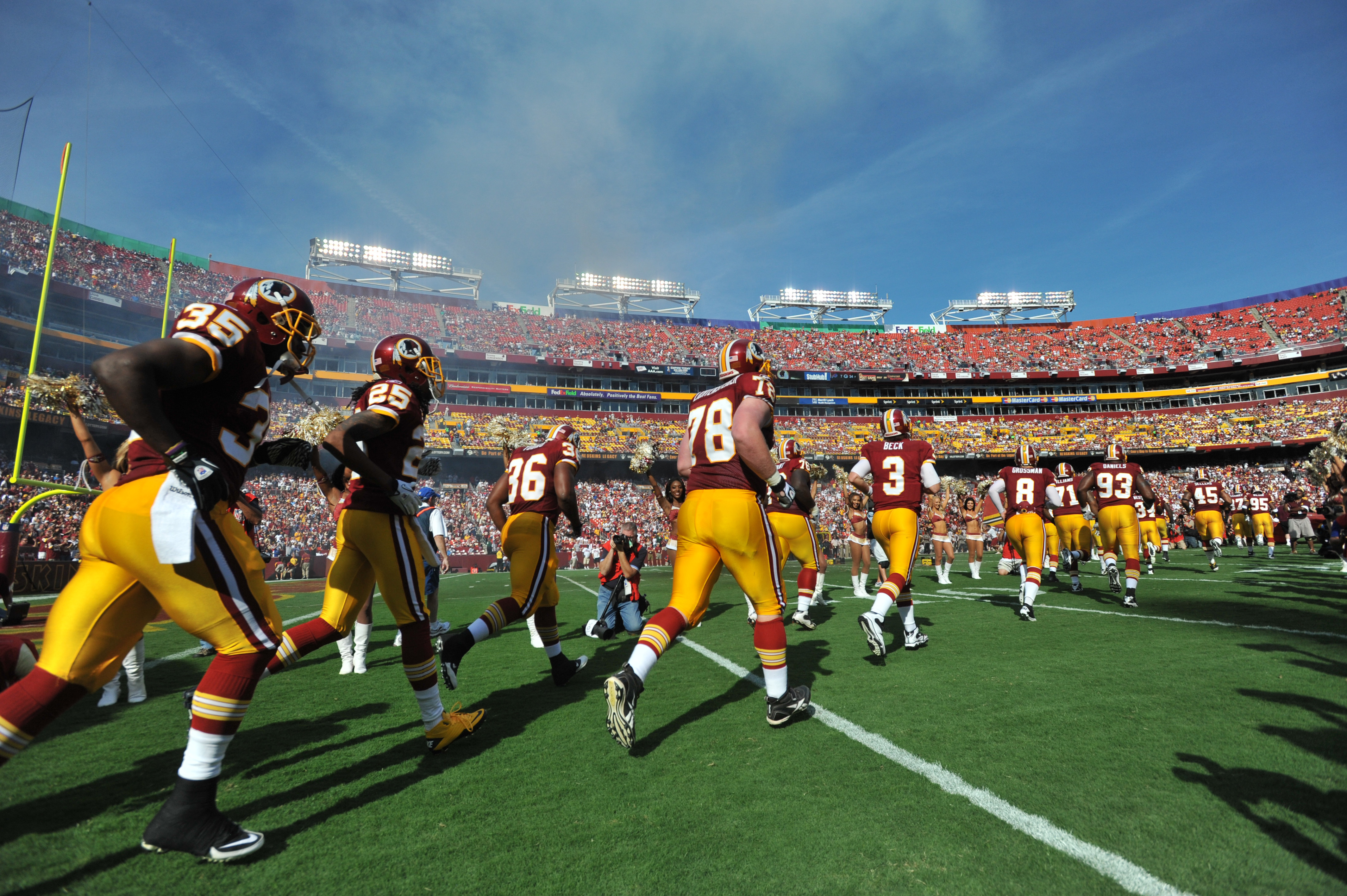 The Redskins may not be the hottest ticket in town right now—that would probably be the Washington Capitals, so maybe the Verizon Center would be the better call—but they’re an enduring brand in the NFL that won’t be tarnished by a few suspect seasons.

If nothing else, go for the history of football in Washington, which has produced three Super Bowls, or at least for the sake of crossing another sports destination off your list.

After all, tickets shouldn’t be hard to come by. FedEx Field, the largest stadium in the league at 91,704 seats (though Dallas’ Cowboys Stadium can be expanded to fit 110,000), has never been sold out for a Redskins game in its 14 seasons. 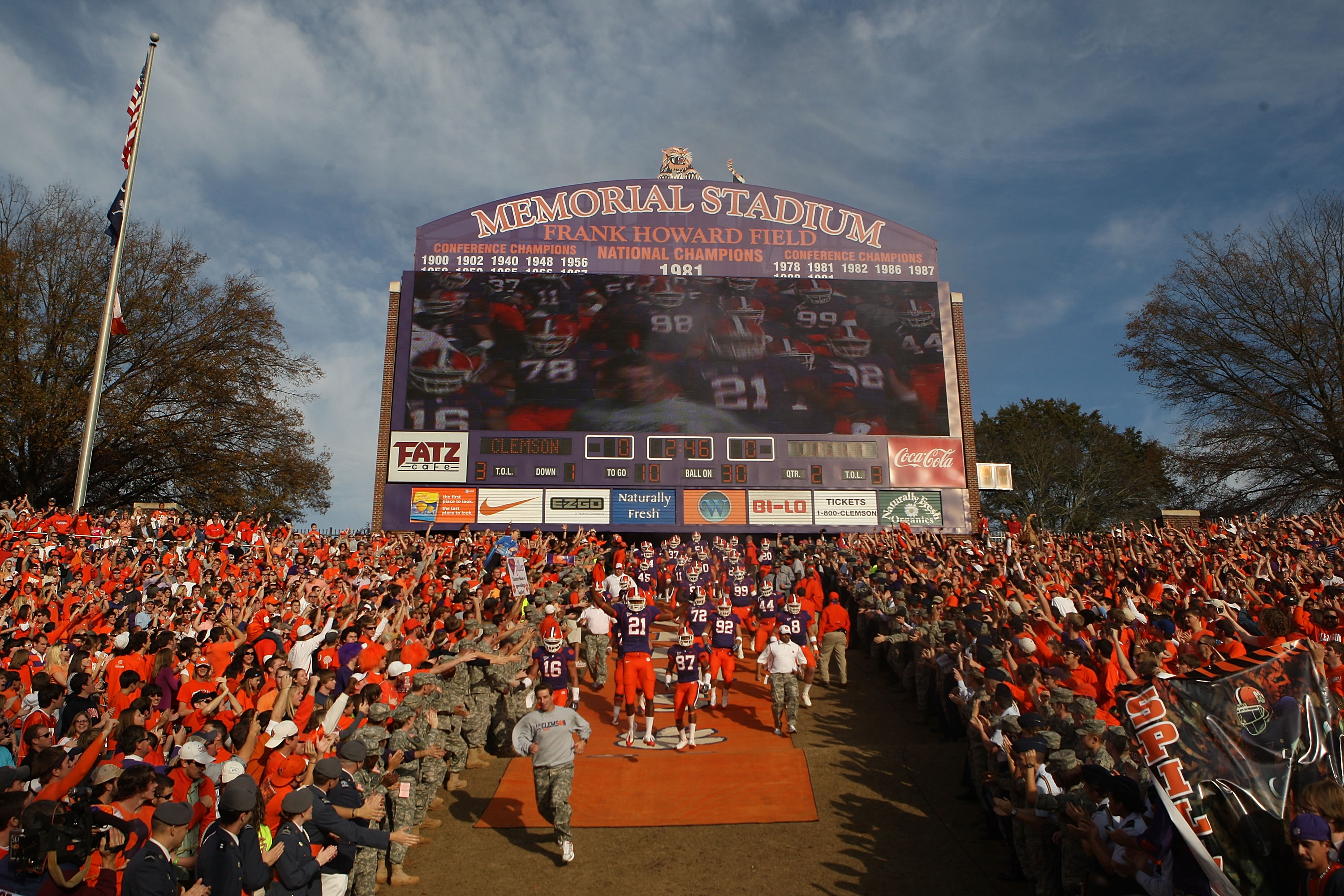 The most exciting 25 seconds in college football transpire before every game inside Clemson’s Memorial Stadium.

After entering the stadium through its east side, Clemson players gather around cherished Howard’s Rock before descending down The Hill and onto the field, all while more than 80,000 Tiger fans create pandemonium in the stands.

It’s a scene that’s been gushed over by broadcasters, romanticized by reporters and fondly recalled by former players. But most importantly, it’s been repressed by Clemson opponents, who would rather forget than remember that terrifying third of a minute. 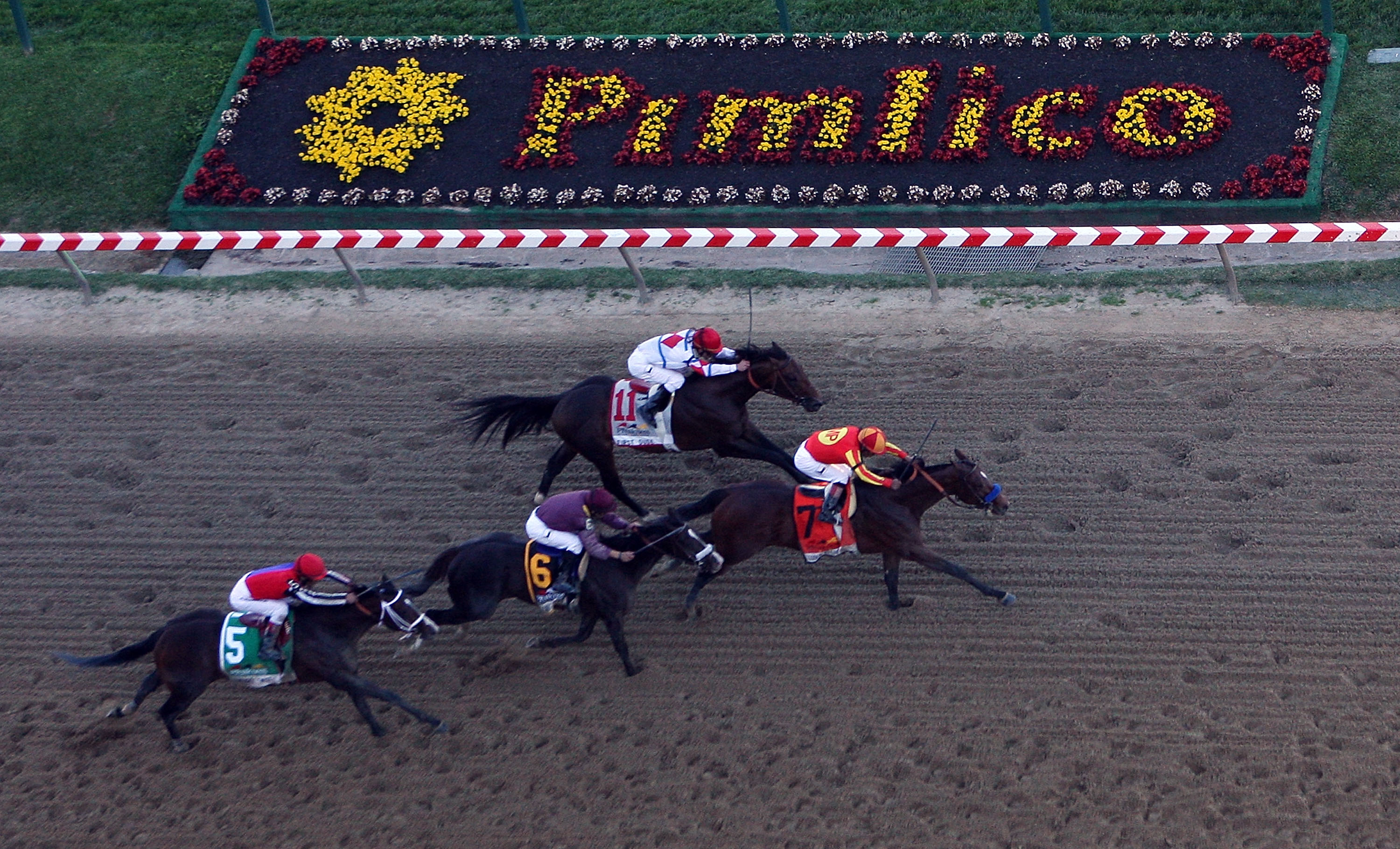 Saved only by an 11th-hour agreement between its ownership group and the Maryland Racing Commission in late December, Baltimore’s famed Pimlico Race Course was perilously close to losing all of its races for 2011.

That includes May’s Preakness Stakes, which has been run at the track since 1873 as one of the nation’s oldest thoroughbred races and has an economic impact on the state of up to $60 million.

The loss would have been disastrous, made even worse by the fact fans planning to buy infield tickets would have been robbed of the chance to buy bottomless beer mugs for $20, which the track has promoted in consecutive years to boost attendance. 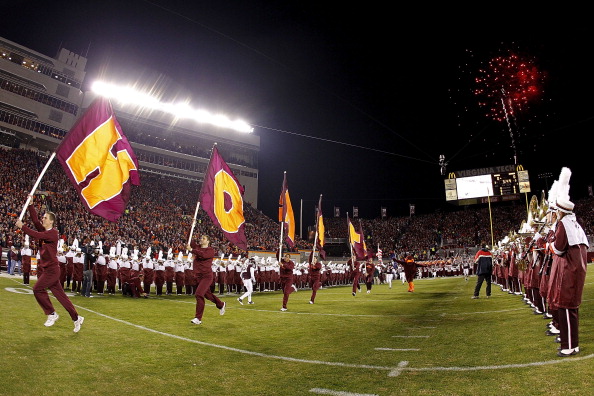 I hope you like your Metallica, because “Enter Sandman” is the first thing you’re going to hear when you attend a game at Lane Stadium, perennially one of the ACC’s toughest places to play and the highest-elevated FBS stadium in the eastern United States.

The song is played upon the Hokies’ entrance onto the field, but it is just one of many traditions that go on during football Saturdays at Virginia Tech.

How about the Blacksburg Bounce? Or maybe Tech’s very own rendition of the Hokie Pokie, performed ably by the Marching Virginians and Hokie Bird, the school mascot?

The fun goes on and on. 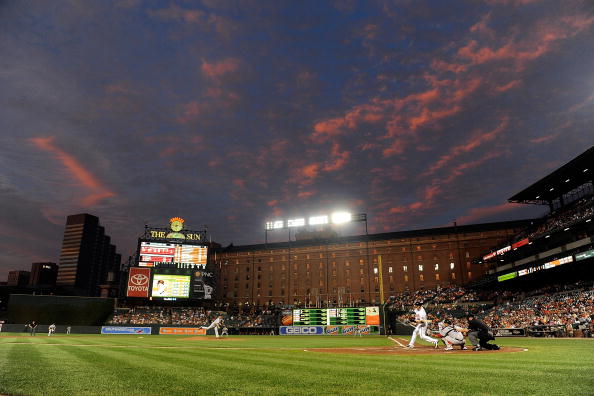 We can all thank the Orioles for getting the ball rolling on this trend toward placing a premium on ballpark intimacy once again.

At a time when many organizations were still content with holding on to the emotionless cookie-cutter stadiums of the 1960s and ‘70s, Baltimore vaulted out of the box and gave us Camden Yards, an ode to what can be achieved when charm is prioritized higher than the number of butts you can get into the seats.

The fastest park in baseball history to reach 50 million fans, Camden Yards has become a fixture in the Baltimore landscape, but its influence has also touched teams throughout the league, who still to this day continue to draw upon its features for inspiration. 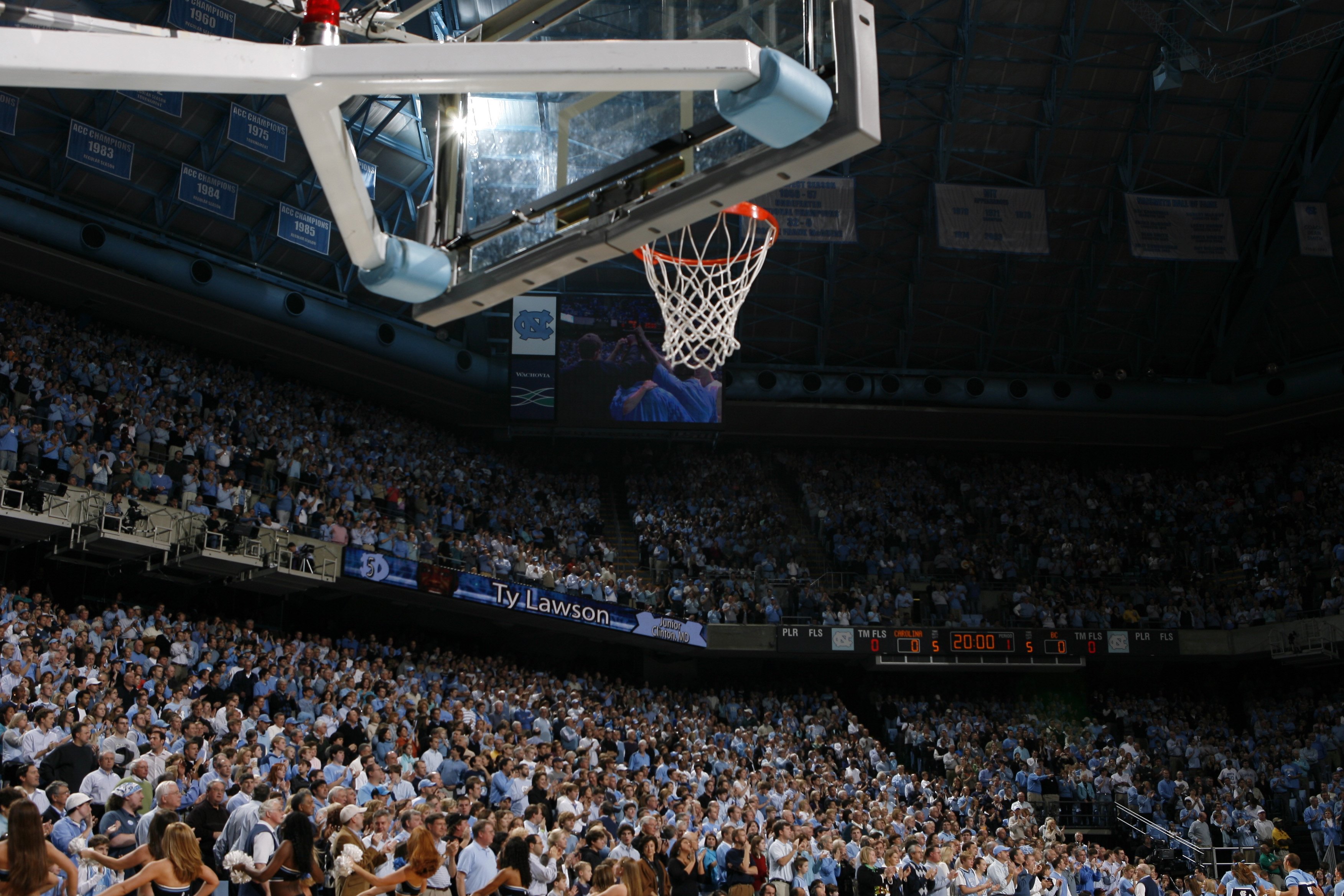 The Dean Smith Center is one of college basketball’s most palatial settings. It’s witnessed some darn good basketball too.

Capable of holding more than 22,000 fans, it is the fourth-largest arena in college hoops, yet the cavernous interior did nothing to discredit the Center’s early reputation as a quiet venue that catered to more of a “wine and cheese” crowd.

That misnomer has since been squashed, as younger alumni and an expanded student section have flocked there in droves in support of the Heels, who have won nearly 300 games and three national titles since the building opened in 1986. 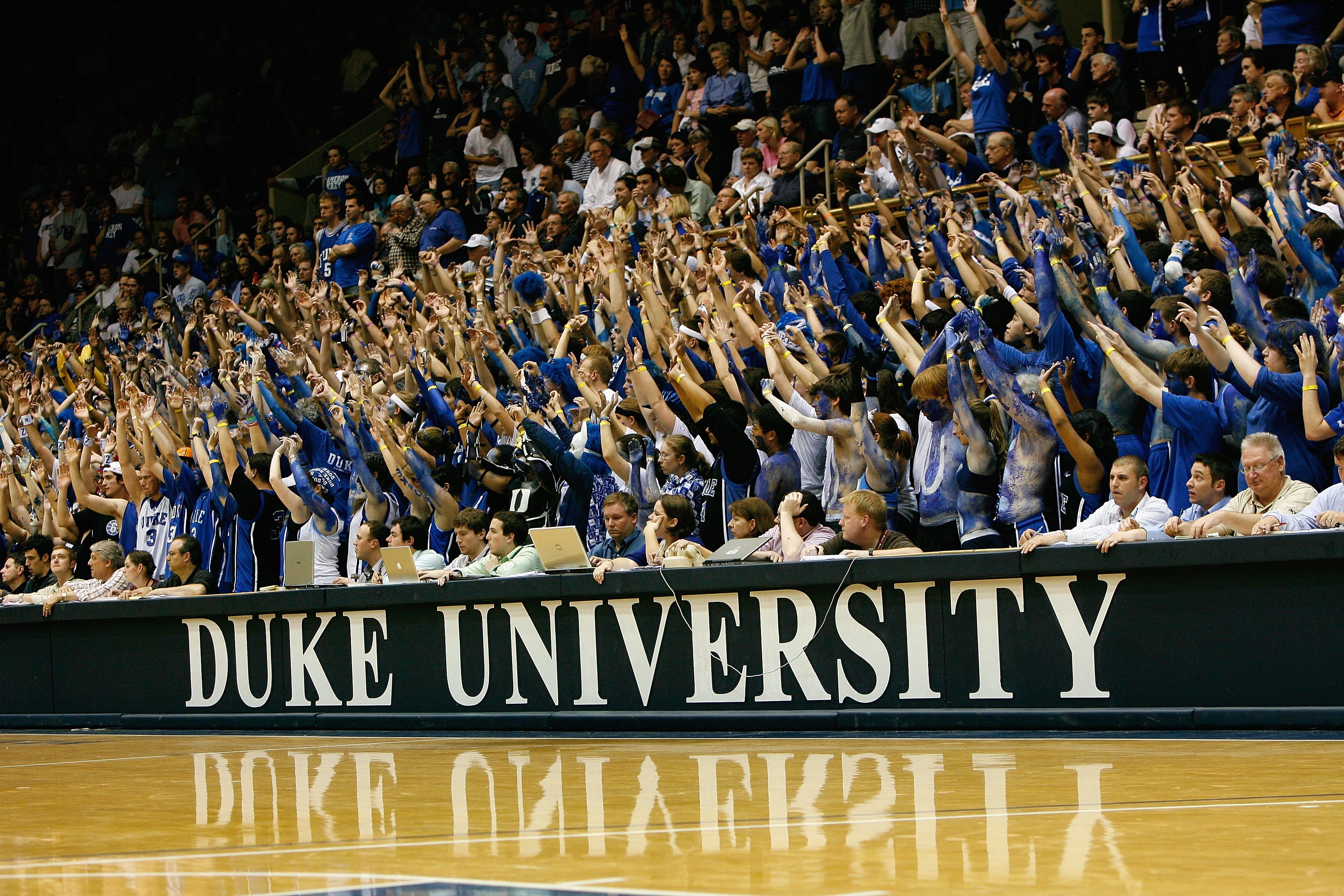 If there’s an atmosphere cooler and more definitive of what makes college basketball great more than Duke’s Cameron Indoor, somebody will have to show me.

As the story tends to be told, the original sketches for Cameron were conceived on the back of a matchbook in 1935, but whether it’s true or not is of no consequence. The place doesn’t need the help of legend.

Of course, the wild success of the Duke men’s program has made Cameron the icon it is today, but other factors weigh in, such as the decorative wood walls and brass railings.

Then there are the fans, the Crazies who are situated so close to the floor you sometimes fear for the physical well-being of the Blue Devils’ opponents.