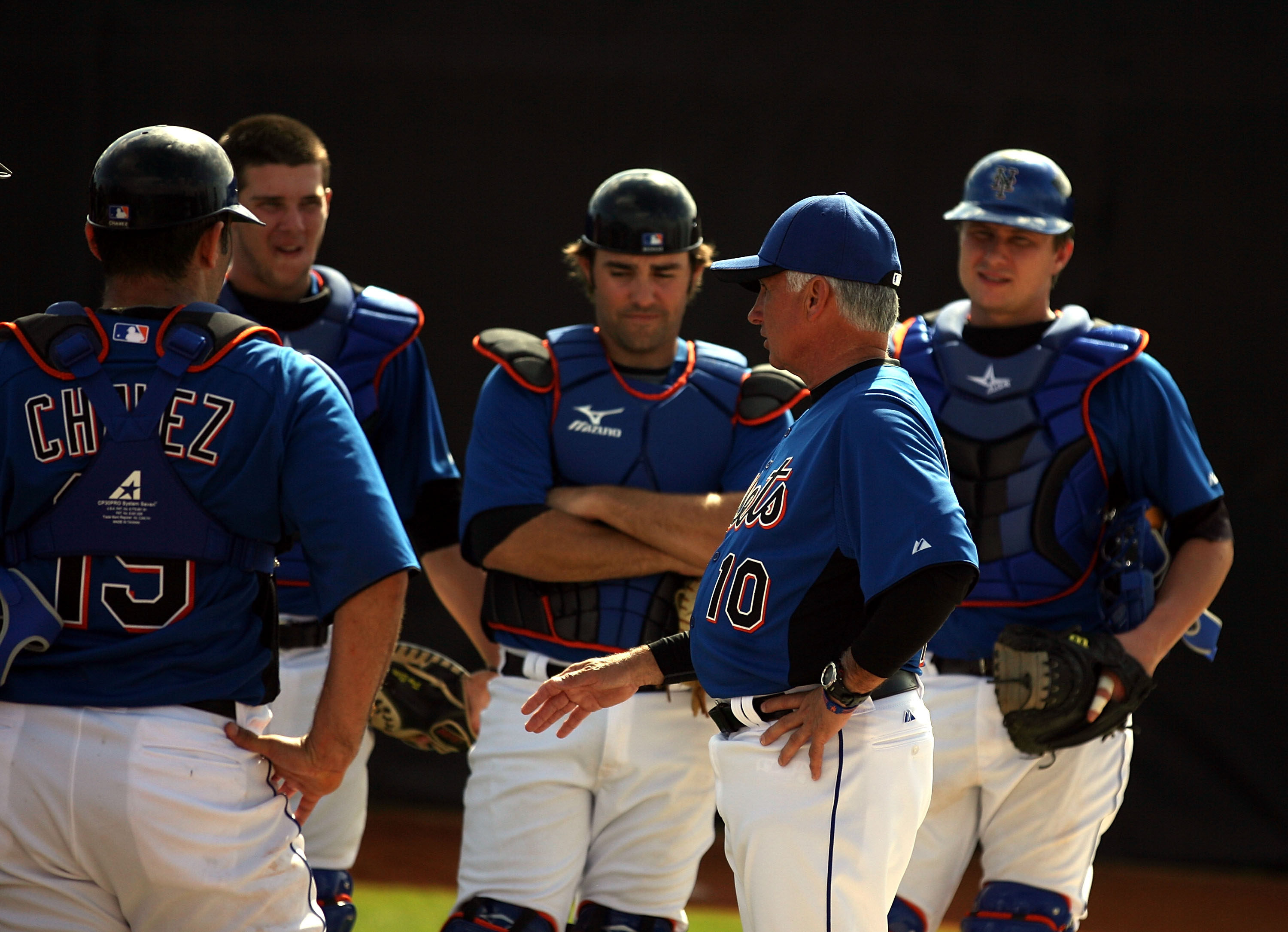 As the New York Mets’ position players officially report to spring training this Sunday, 14 players have traveled to Port St. Lucie to compete for a job with the major league team and rid themselves of their current Non-Roster Invitee status.

All 14 will not have an equal chance to travel up north with the Mets due to specific team needs, but this group could yield at least two or three players to break camp.

Rightfully so, each player deserves their shot to prove they belong. This is a ranking of each non-roster invitee’s chances to break camp with the New York Mets. 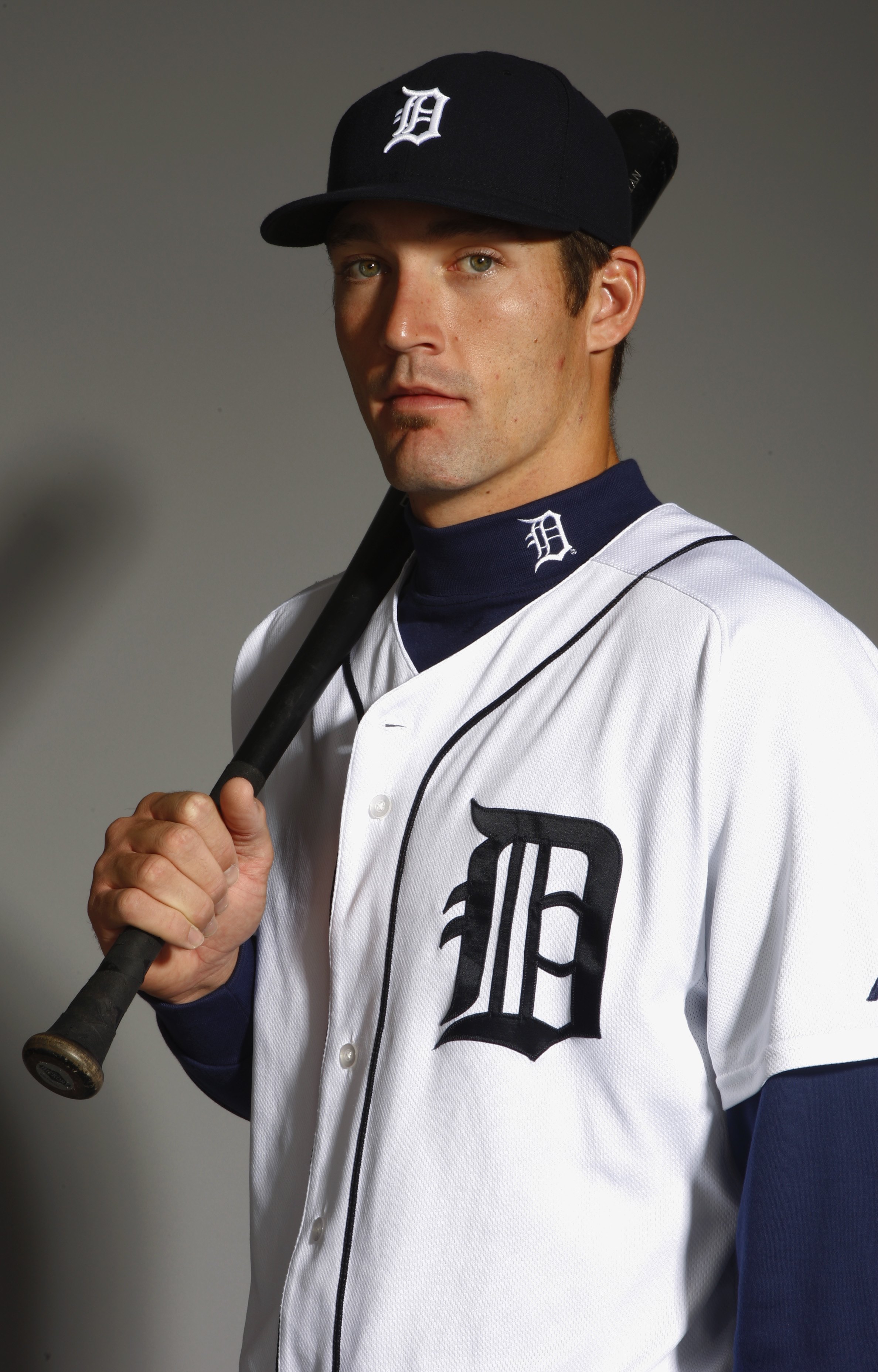 Previously a Top 10 prospect in the Detroit Tigers’ organization, Dusty Ryan is a tall catcher with an even bigger arm, but his slow footwork behind the dish will have to improve if he wants to make an impact on any organization.

He has shown some power, but with poor consistency and a .199 average in 89 games for Triple-A Portland last year, Ryan has a long road of improvement ahead of him, but has shown flashes throughout his career. 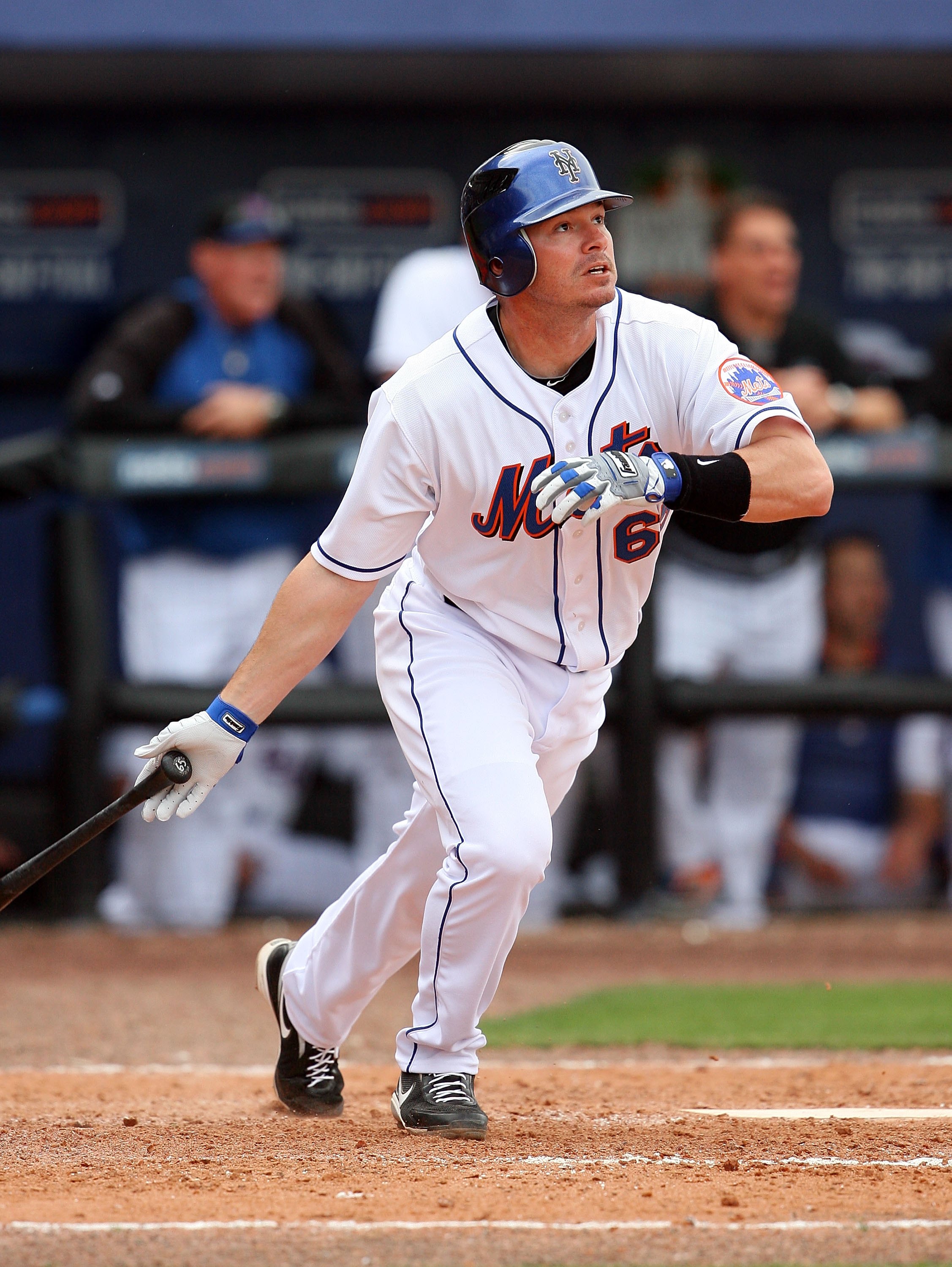 Signed to a minor league deal, Russ Adams will once again get a chance to prove himself worthy of a major league promotion.

Brought into Mets camp last year to compete with Alex Cora as the utility infielder, he lost the job, fairly or unfairly, and was assigned to the minors.

Adams will get a legit shot this spring, but if and when things don’t go in his favor, he will be sent again to Triple-A to put his super-utility abilities to good use. 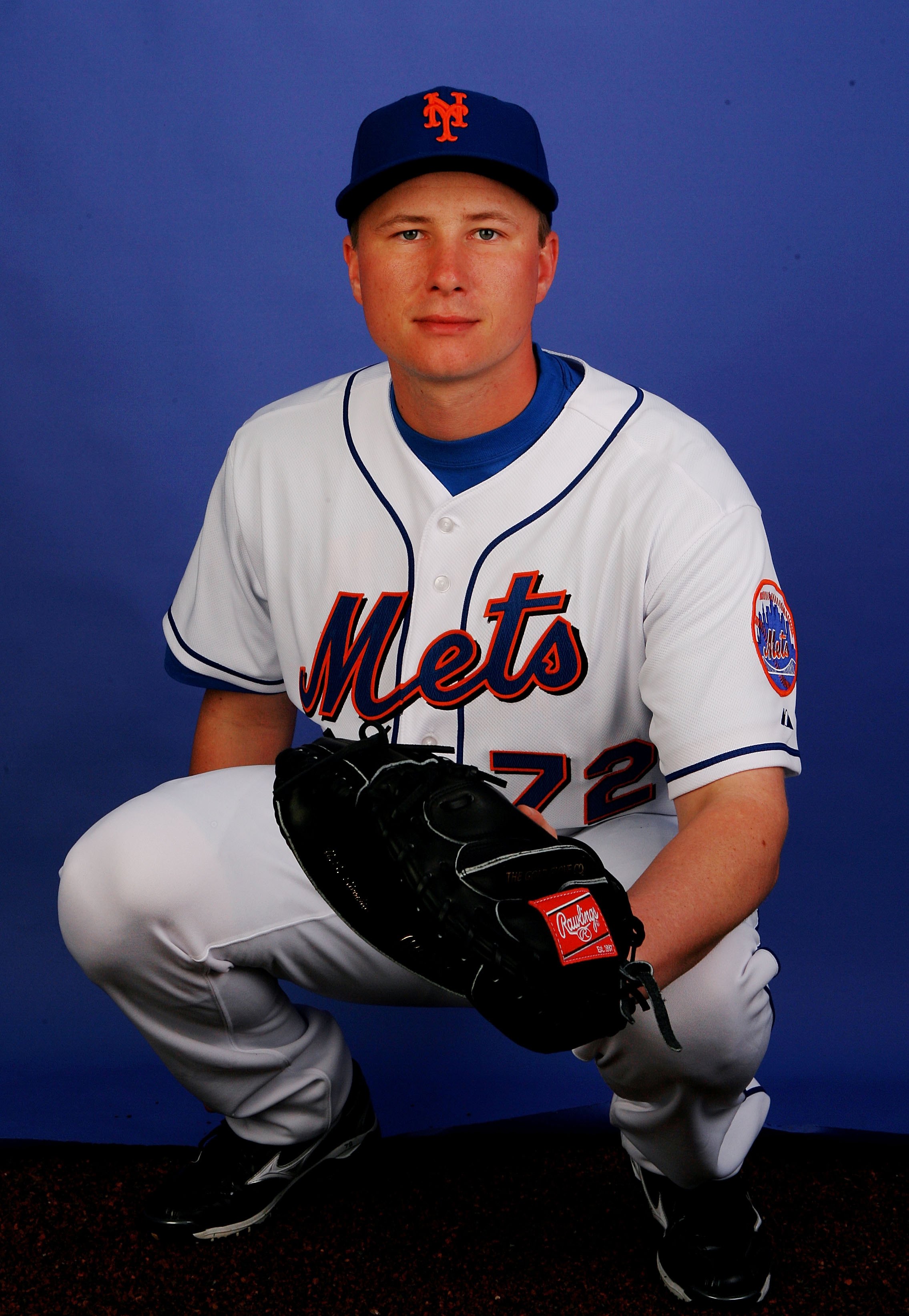 Kai Gronauer is an interesting option for the future of the Mets' catching corps.

The 24-year-old Gronauer, who hails from Germany, is a great defensive catcher with above average bat speed and the determination to make it to the big leagues.

Speaking to MetsToday.com, Gronauer said, “I want to represent Germany. I’m proud to be German and be the baseball player that made it all the way to Single-A baseball. I’ve always said I don't want to be a minor league baseball player. I want to reach the highest level.”

That sounds like a very determined mindset and if this kid continues to develop and make a name for himself, we might be hearing more from him in the near future. 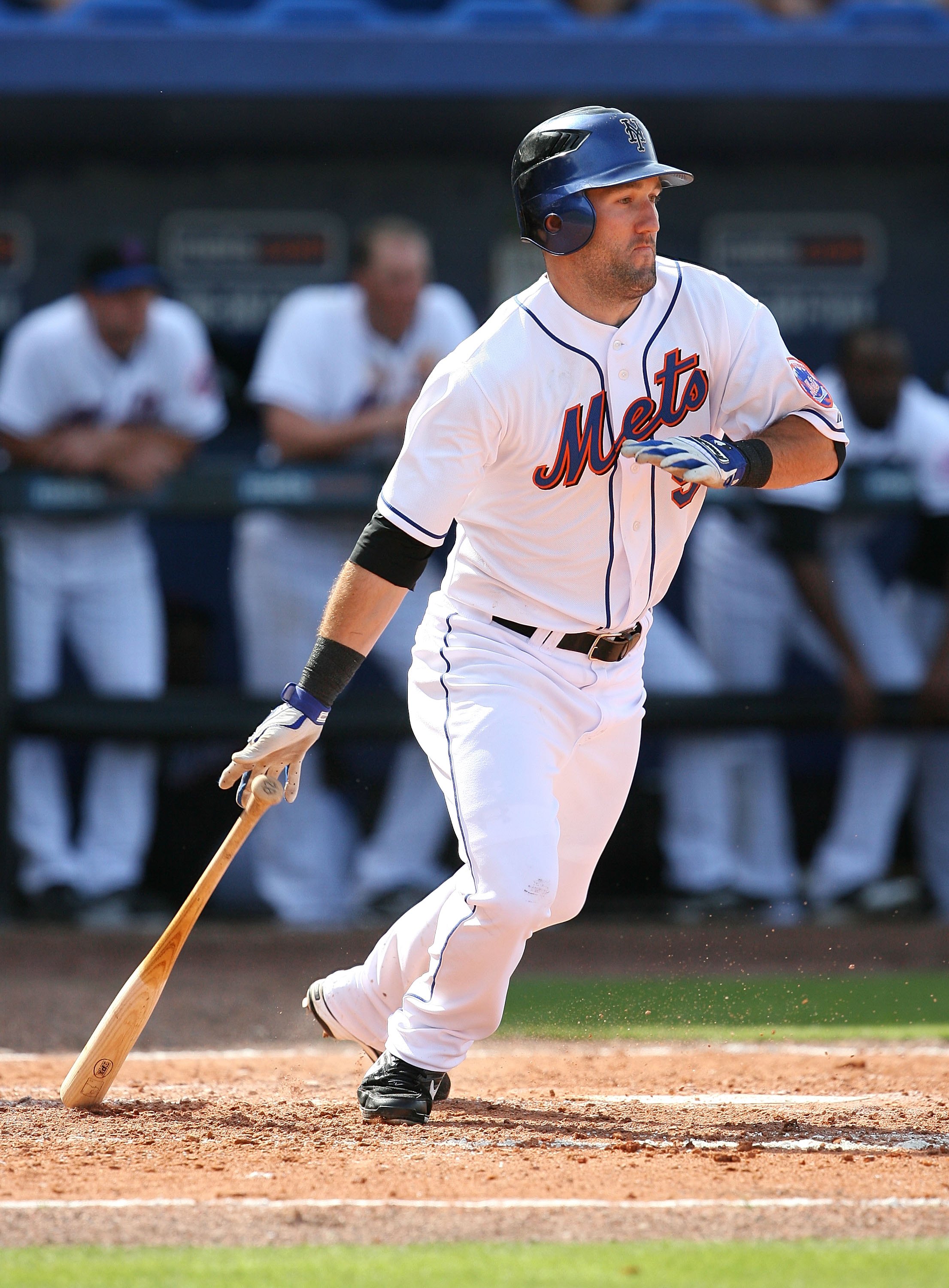 A career minor leaguer, Jason Pridie was designated for assignment earlier this off-season to make room for Scott Hairston.

Pridie has never appeared in a game for the Mets, but has appeared in 11 games between 2008 and 2009 for the Minnesota Twins, going 0 for 4 in his major league career.

Pridie is a tricky situation. He definitely has the potential to become an impact major leaguer and teams have seen this.

The Rays and Twins have both given him multiple opportunities to reach the big leagues and for two teams who live off their farm system to give Pridie those chances, that’s got to be saying something.

Regardless, Pridie will be in camp this year hoping to prove himself and fight for a backup outfield and bench spot. 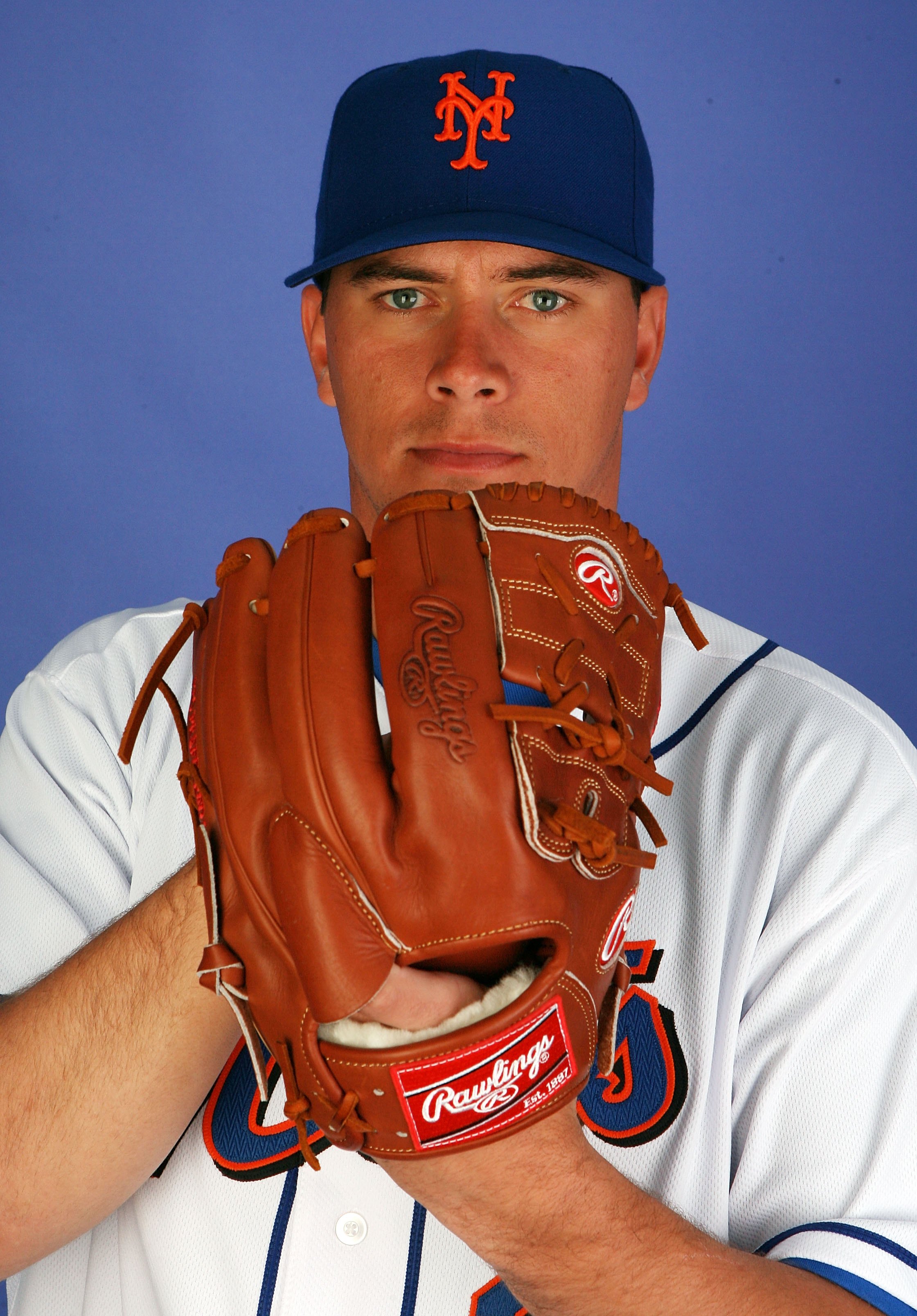 After being designated for assignment to make room for Chris Young, Tobi Stoner cleared waivers and will be at the big league camp as a non-roster invitee hoping to break camp as a long reliever.

Stoner hasn’t lived up to what the Mets would have hoped he would, but nonetheless he will be given his shot this year during spring training to prove he belongs.

The most likely scenario is that Stoner will reclaim his Triple-A starting role, but there's a possibility to be called up due to injury or expansion of the rosters come September. 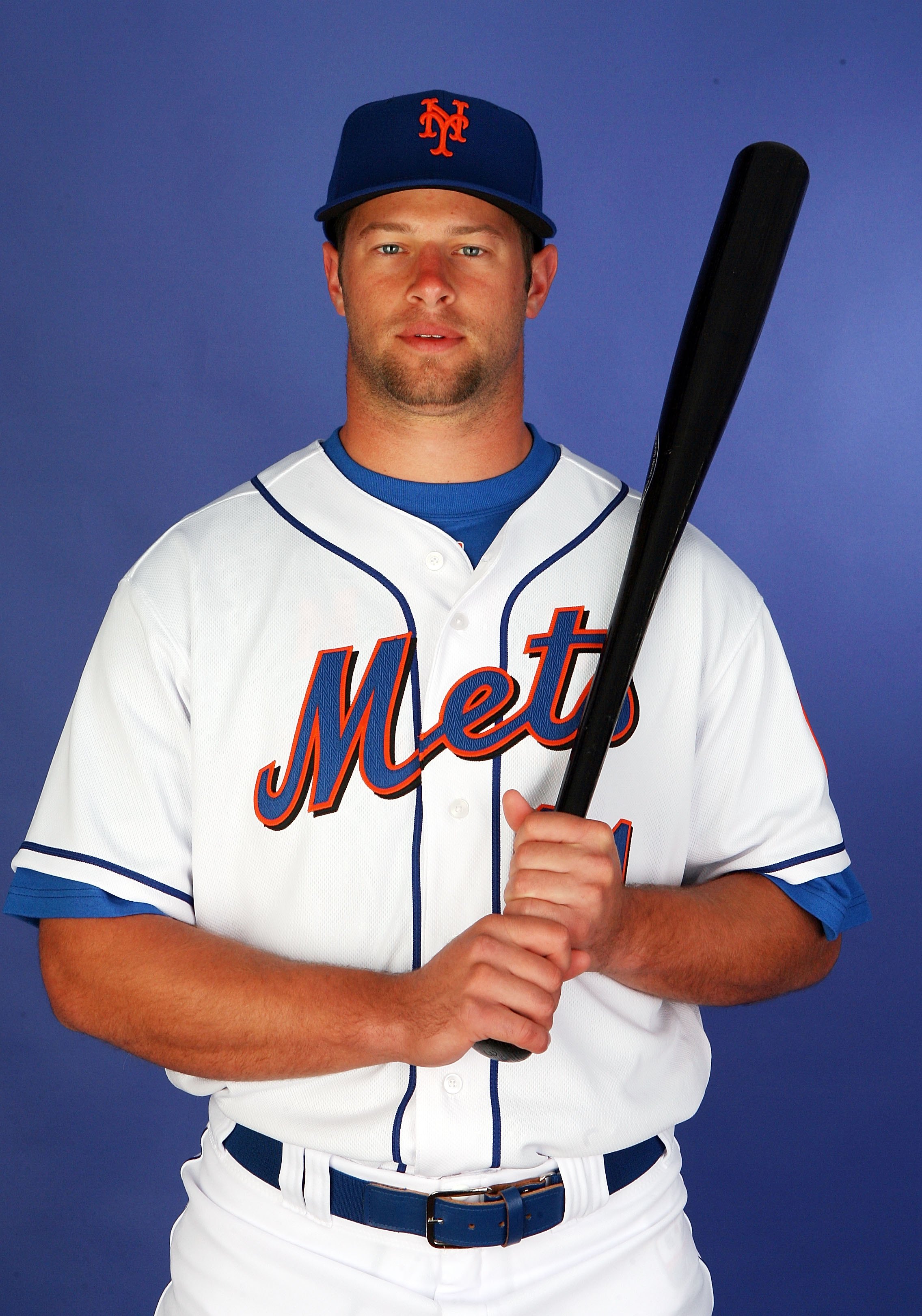 The 100th overall pick in the 2008 draft, ‘Captain’ Kirk Nieuwenhuis will be in Mets camp this year to hopefully snag one of the Mets' bench spots.

Nieuwenhuis is a hard-nosed player who has some serious upside. As manager Terry Collins puts it, “He plays the game one way – hard. He’s not afraid of the fences. He goes after the balls.”

Nieuwenhuis will likely see ample playing time in Citi Field, but just not as the 2011 season begins.

The 6’3”, 210-pound Nieuwenhuis will likely open the season in Triple-A Buffalo as part of an outfield that will include a healthy Fernando Martinez and slugger Lucas Duda.

As Nieuwenhuis gains experience while his game progresses, look for his name to be a huge part of the Mets' outfield future. 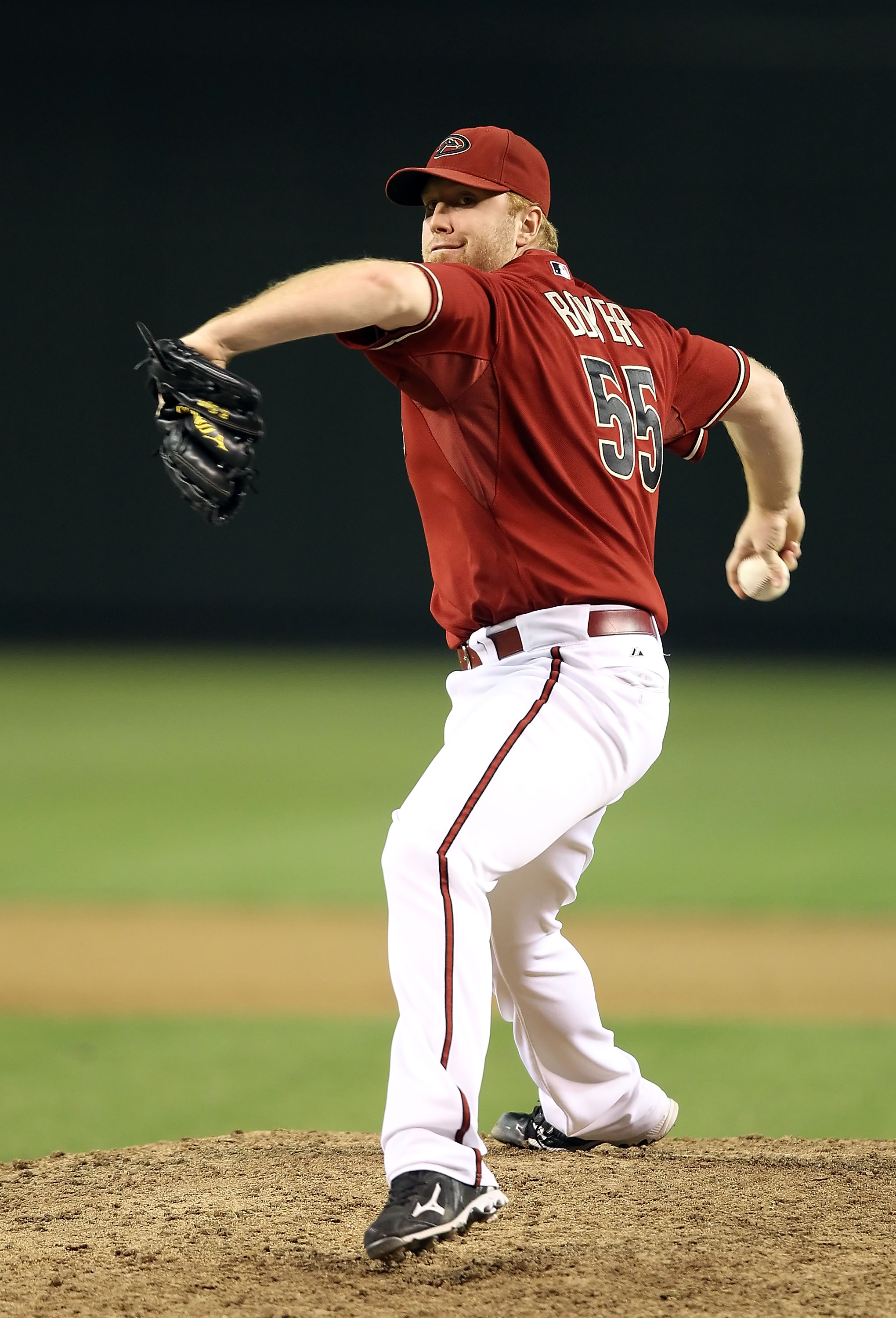 The more bodies competing to make the major league team, the better the competition will get.

Blaine Boyer is a right-handed reliever signed to a minor league deal by Sandy Alderson and the Mets to create more competition in camp.

Boyer is a 29-year-old hard-throwing reliever that posted a 4.26 ERA in 54 appearances for the D’Backs in 2010 before they non-tendered him this offseason.

His perfectly matched K/BB rate and live arm should create the competition needed in Mets camp this year. 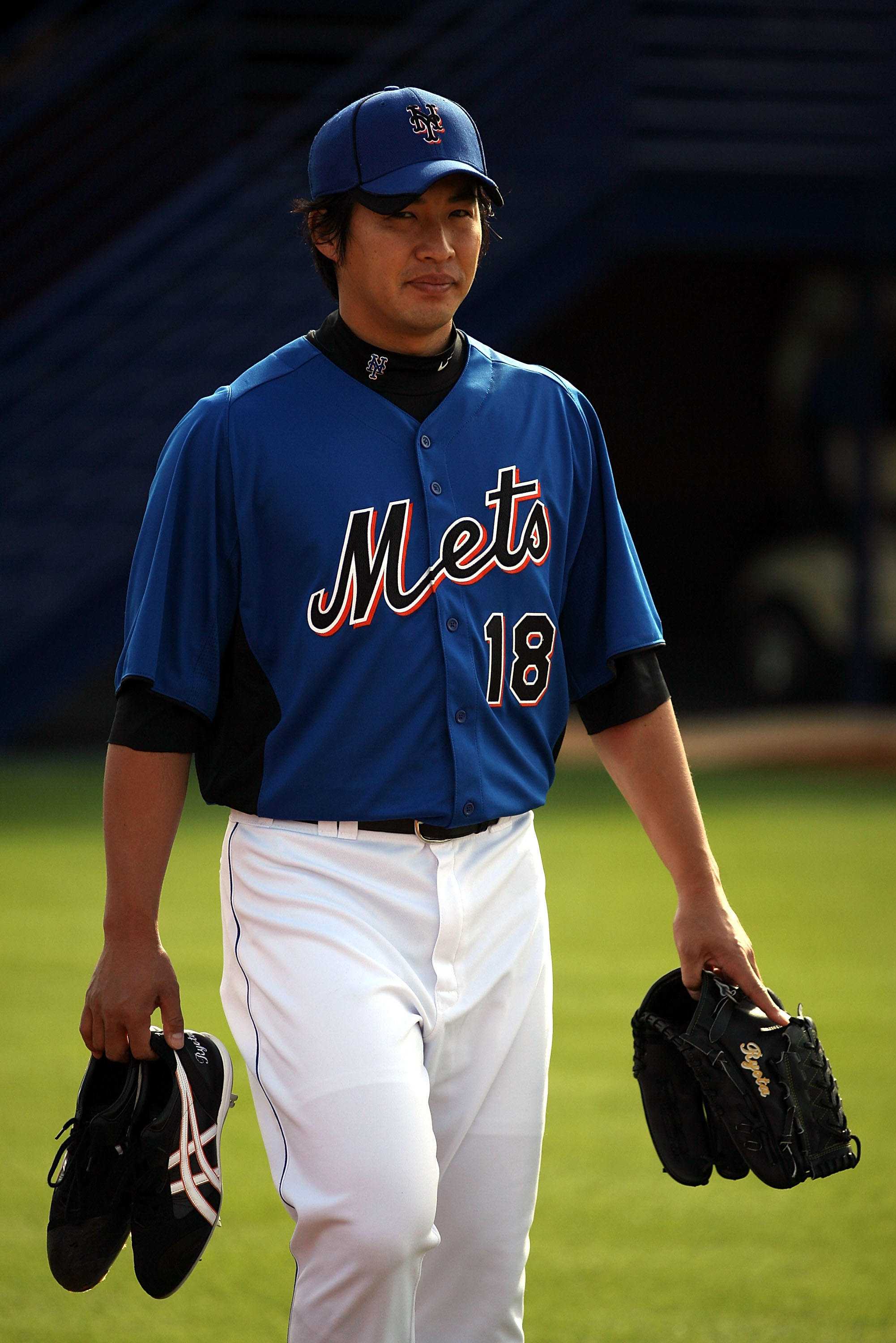 Designated for assignment earlier this off-season to make room for Chris Capuano and Taylor Buchholz on the 40-man roster, Ryota Igarashi will be back in major league camp this year completing the two-year deal he signed with the Mets before the 2010 season.

Earning $1.1 million in 2011, Igarashi will need to have a stunning spring to break camp with the team, let alone earn his large paycheck.

After a disappointing debut that led to an extended time on the disabled list, Igarashi will be looking to make the big league squad as a reliever, but has plenty of obstacles in his way. 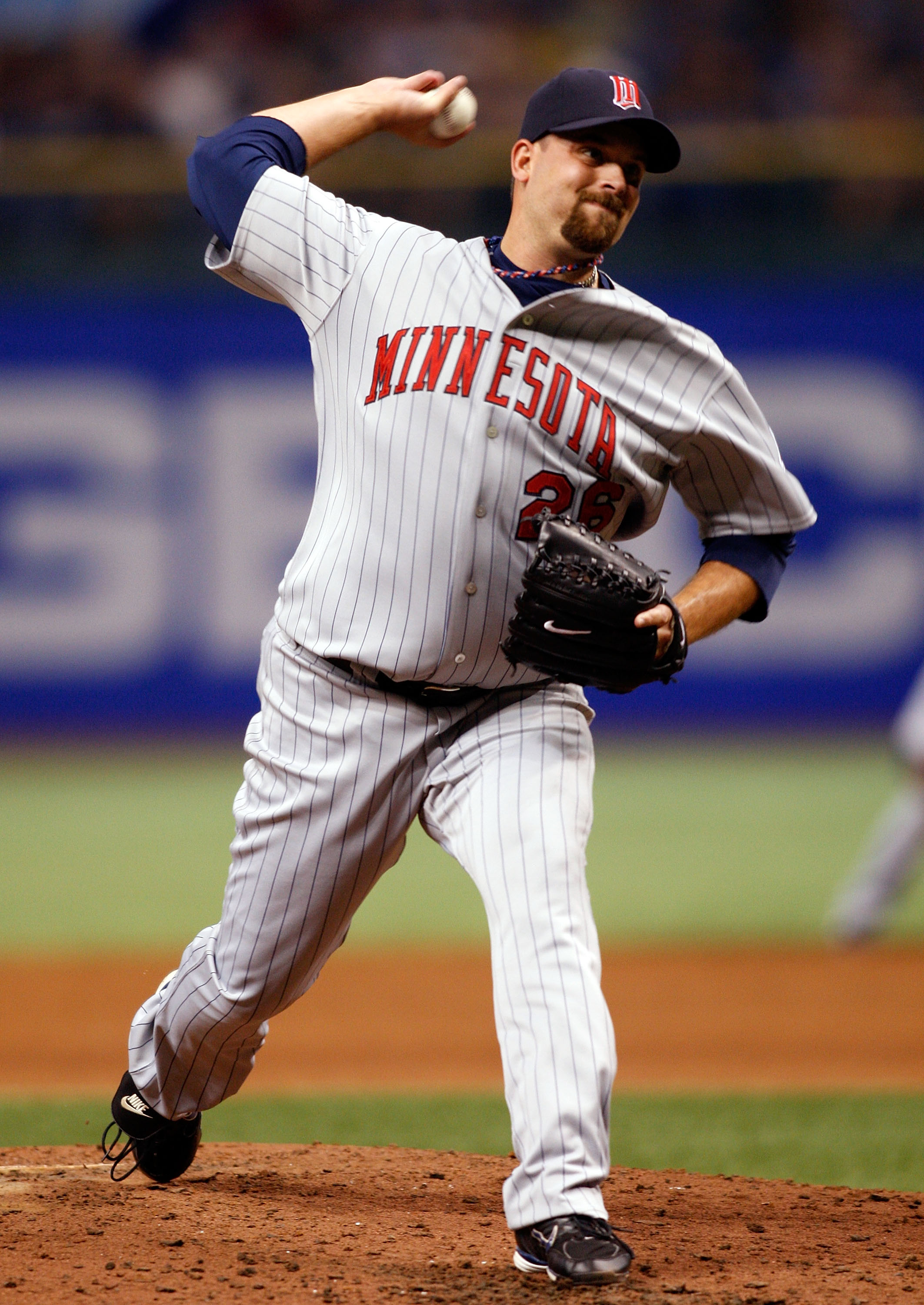 Boof Bonser has posted some decent seasons with the Twins, Red Sox and A’s, but there shouldn’t be too much belief that he will break camp with the team.

Signed to a minor league contract with an invitation to big league camp, Bonser was most likely signed for some minor league depth, but has the ability to make a spot start at the major league level.

Struggling with shoulder and groin injuries all last year, Bonser managed 25 innings with Boston and Oakland, posting a 6.12 ERA while keeping up a very respectable strikeout-to-walk ratio.

In all likelihood, if Bonser were to make to the squad he would be a middle reliever, but he would have to turn some heads in camp this year. 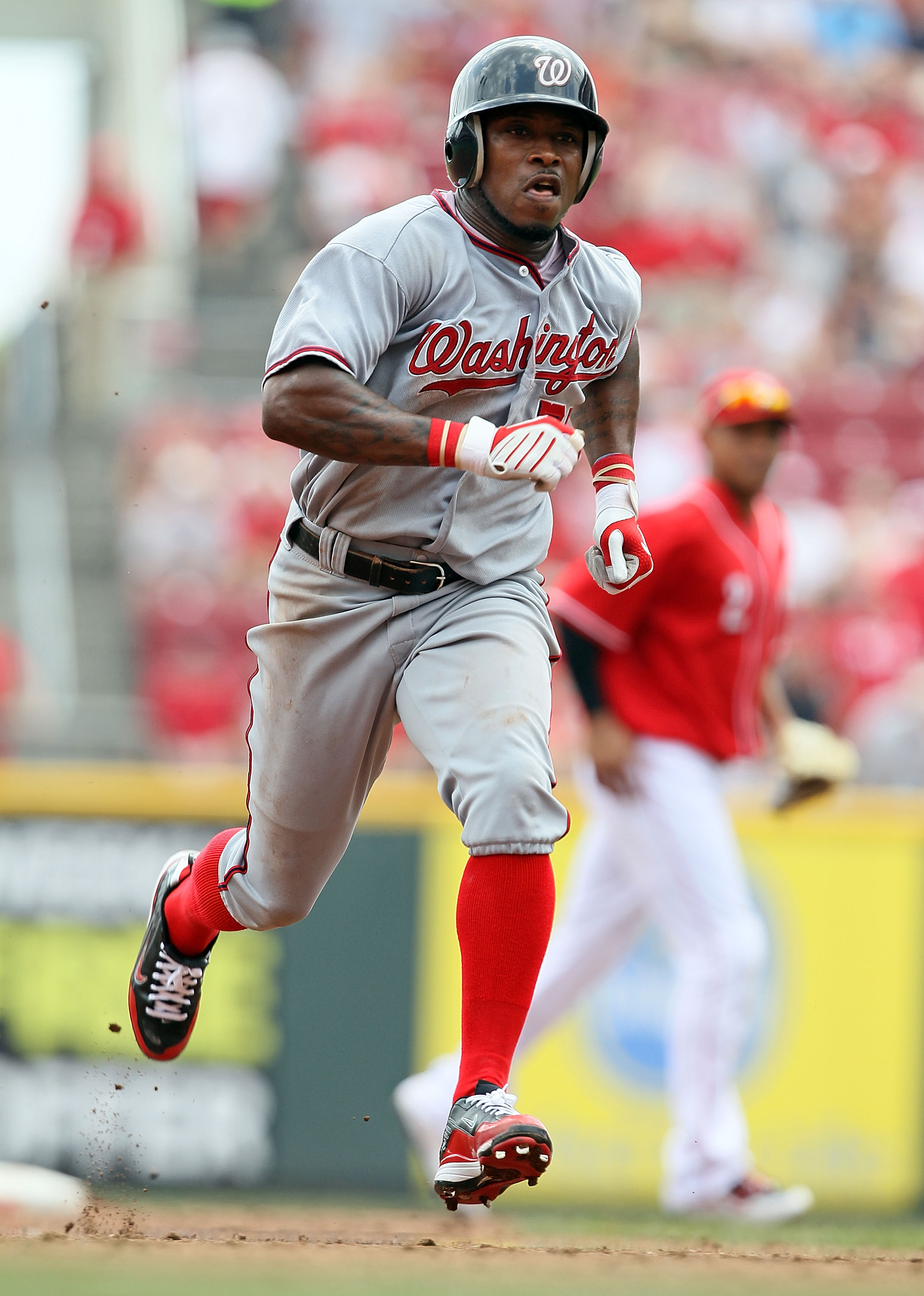 Willie Harris is known to fans as a bonafide Mets-killer, but instead of dashing the hopes of Mets fans across the country this year, he will be suiting up in the orange and blue hoping to break camp with the major league team.

Signed to a one-year minor-league deal, Harris, 32, intends to make the team as the Mets' fourth outfielder.

His roster spot would most depend on the fate of Luis Castillo: if Castillo is still on the team come April then Daniel Murphy or Nick Evans will be slated to take Harris’s bench spot, if Castillo is cut, then Murph will most likely be the 2B starter and Harris’s lefty bat will be needed on the bench.

Harris’s career .239 batting average is not too desirable, but his speed and defense will make him a valuable option off the Mets bench if he manages to break camp. 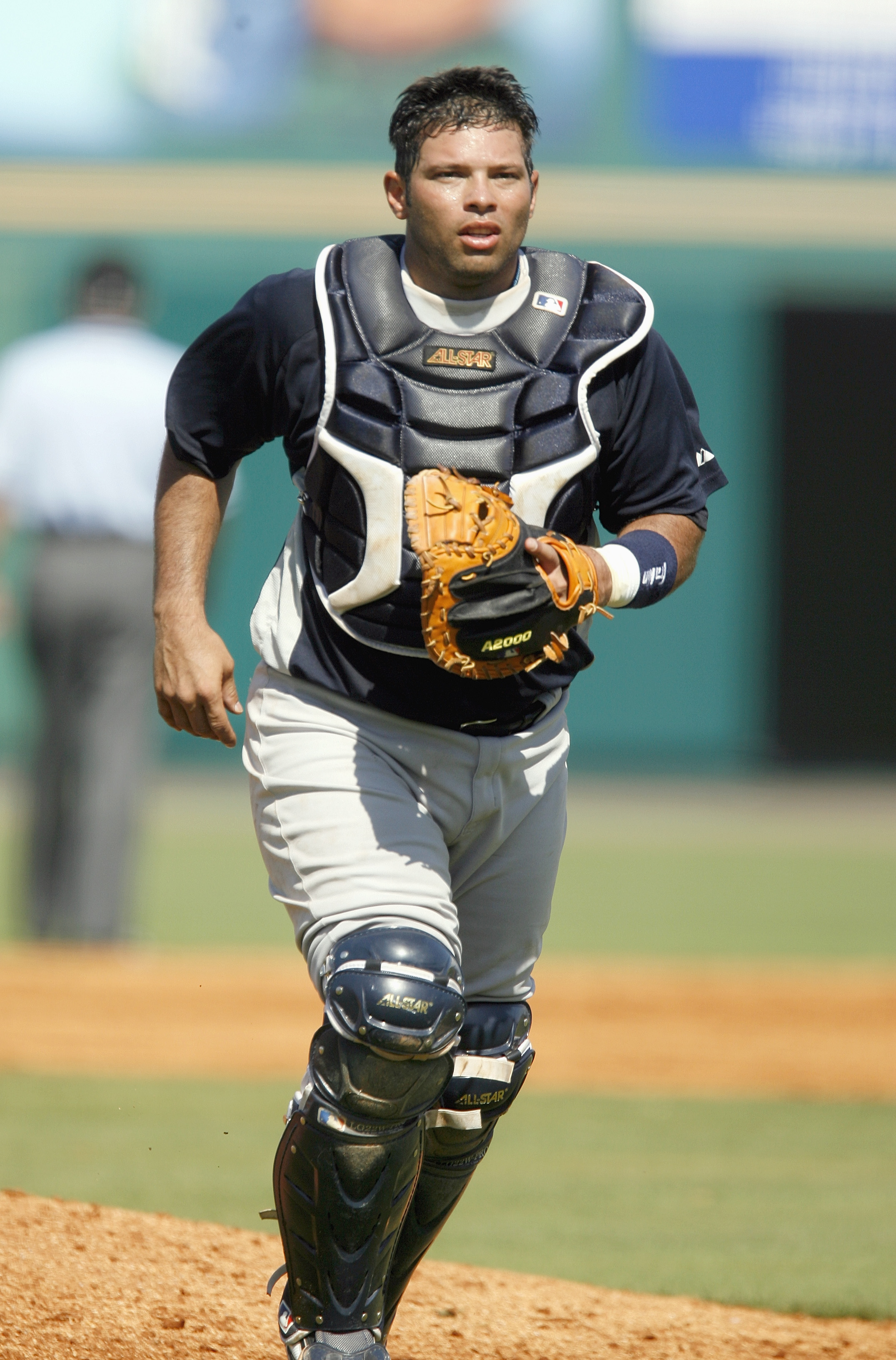 While Ronny Paulino sorts through his visa issues to make it to spring taining, he also has to deal with sitting out the first eight games due to a positive drug test suspension.

Because of this, Raul Chavez will most likely get the nod to be the backup catcher for Opening Day over Mike Nickeas. Nickeas has a promising future, but the Mets should go for experience rather than potential when filling in their backup catcher position.

Journeyman Chavez, 36, hit just .210/.260/.320 in 200 at-bats with the Blue Jays' Triple-A affiliate last year, but his arrival in New York will just be a stopgap until Paulino gets his issues sorted out. 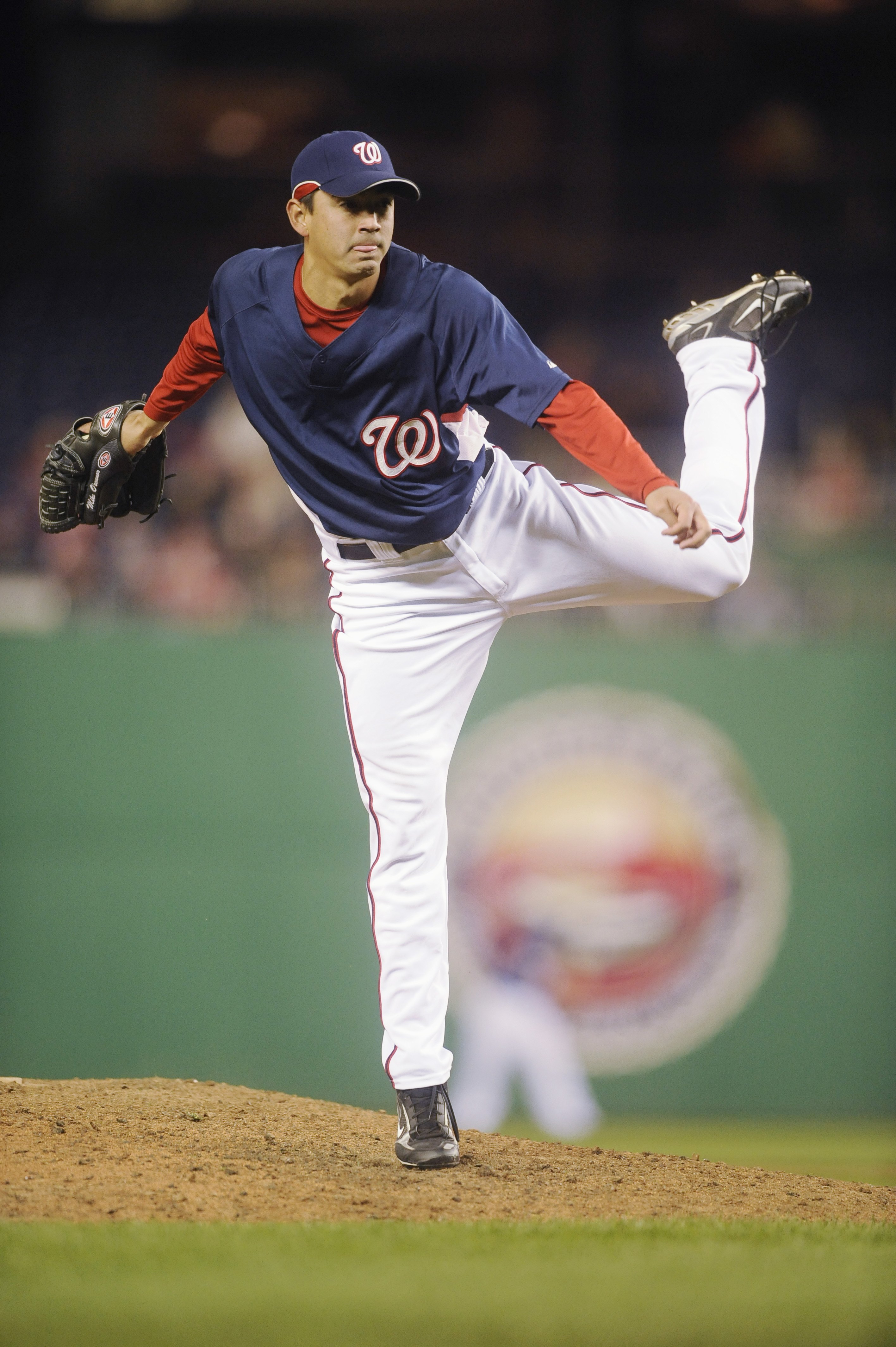 Described as having great command on his secondary pitches by bench coach Ken Oberkfell and his impressive year at Triple-A last summer, LHP Mike O’Conner wouldn’t surprise many familiar with the Mets' organization if he breaks camp with the team this spring.

O’Conner’s signing may be unimportant compared to the blockbuster deals signed this offseason, but he can be a real asset to the team out of the bullpen if he keeps up his recent success. 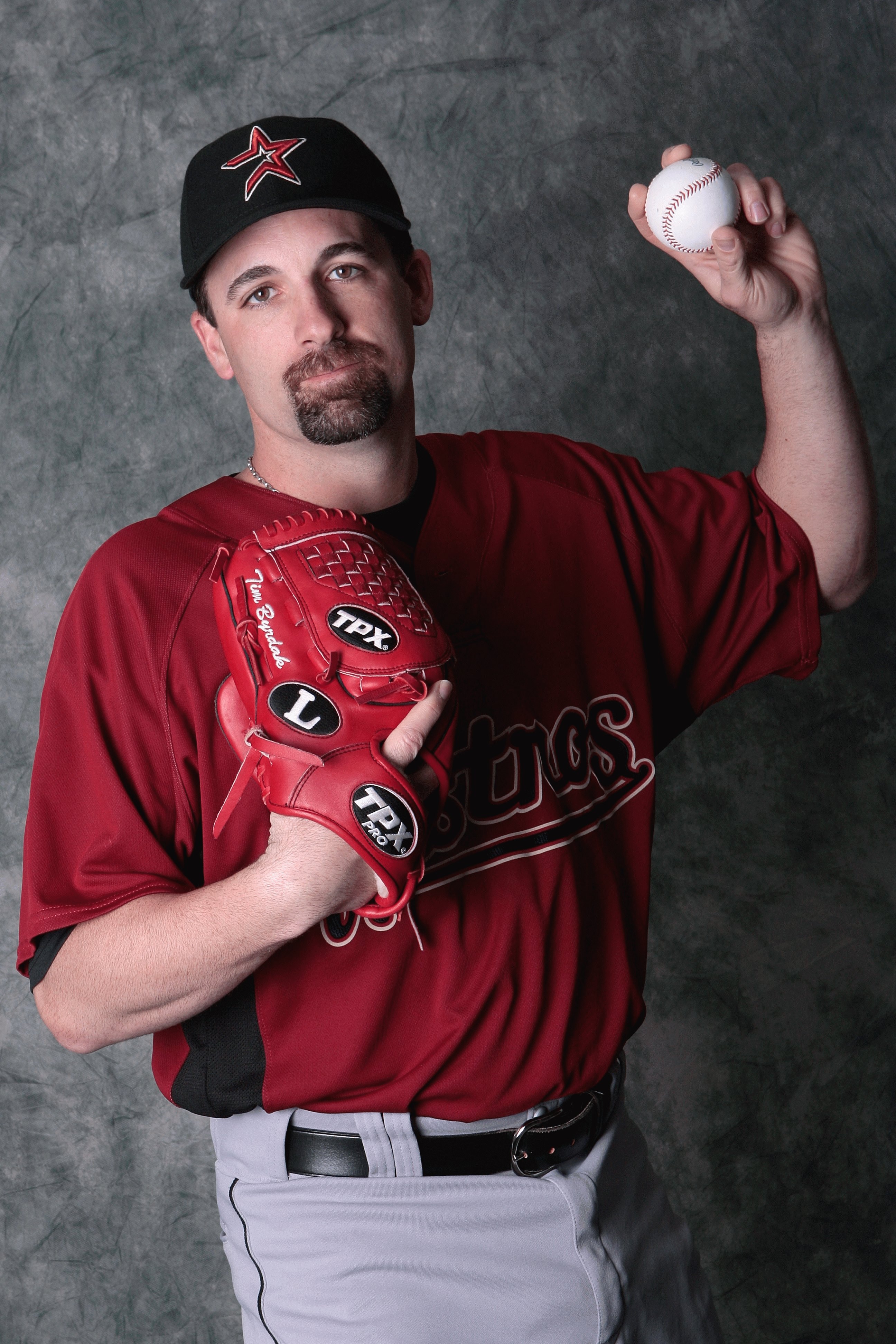 Tim Byrdak is a name that could give the Mets bullpen competitors a run for their money.

At 37 years old, Byrdak (or ‘Bydrman’ as he should be called), is vying for the LOOGY role out of the bullpen and his history against lefties supports his campaign to break camp with the team.

Possessing a lifetime .677 OPS and 9.10 K/9 against left-handed batters, Byrdman is a cheap and effective lefty to compete with others for a role in the bullpen.

On the other hand, Byrdak is just atrocious against righties.

Righties have a .360-plus on-base percentage against him and a home run every 26 plate appearances.

Byrdman’s main usage if he breaks camp with the major league team would be specifically against lefties, something the Mets are in desperate need of. 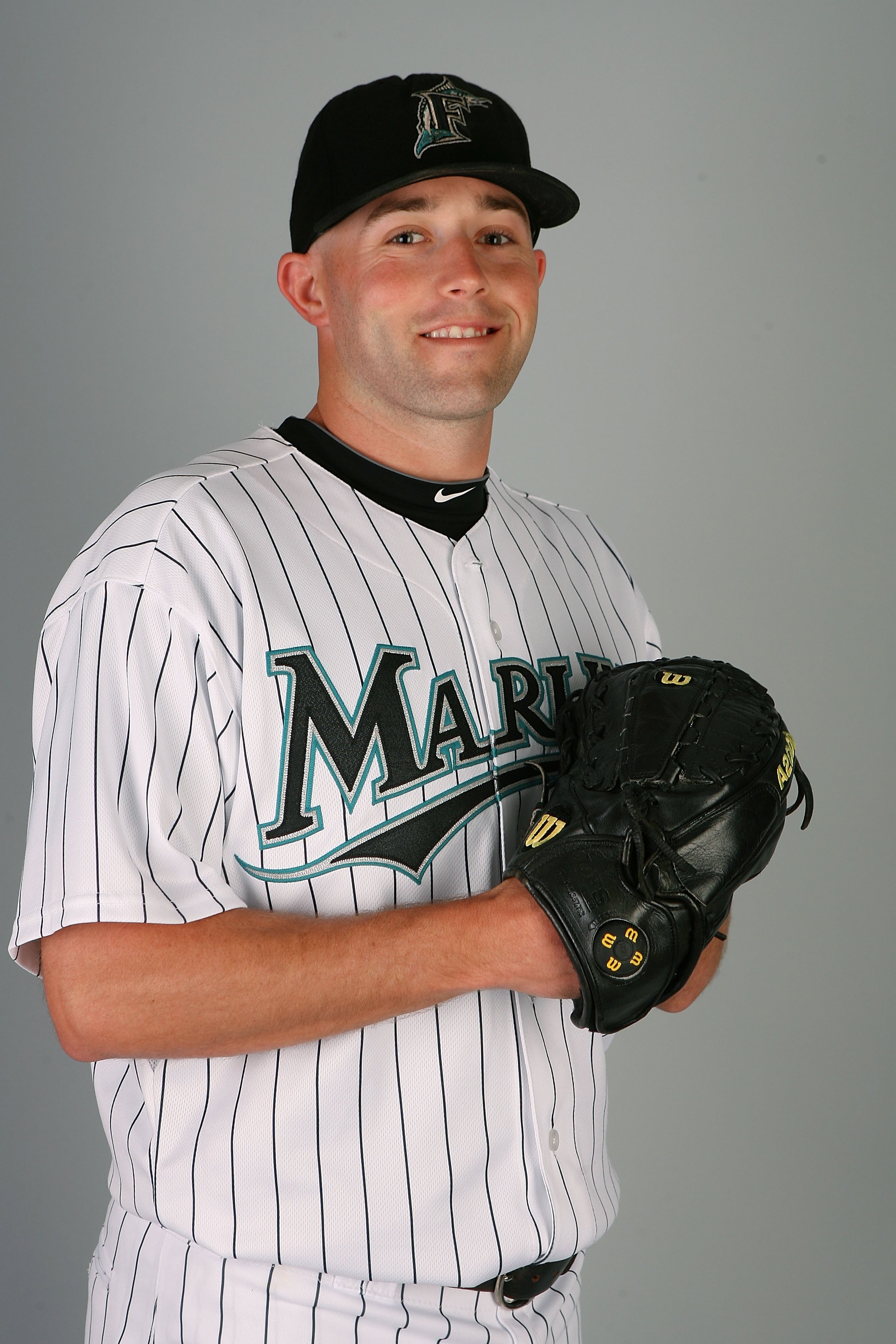 Besides some pretty awesome facial hair, Taylor Tankersley is a pitching stud… on paper.

He was a very talented player at his Vicksburgh, Mississippi high school. That led to three successful years at the University of Alabama.

His strengths were apparent to the Florida Marlins who drafted ‘Tank’ in the first round of the 2004 draft and made his debut for the team two years later when he went 2-1 with a 2.85 ERA as a left-handed reliever.

His next two years with the club weren’t as great as his first, but a 6-1 record as a reliever in 2007 is respectable from a situational reliever's perspective.

2009 and 2010 saw Tankersley bouncing around the Marlins' minor league system as various arm injuries hindered his progress, but he managed a sub-4.00 ERA in 26 innings at Triple-A in 2010.

The Mets now look for Tank to battle for the left-handed specialist role out of the bullpen to fill the vacancy left by Pedro Feliciano’s departure.

He is still young, only 28, and can be a huge part of the Mets' success in 2011 if he channels his top prospect skills once again out of the bullpen.