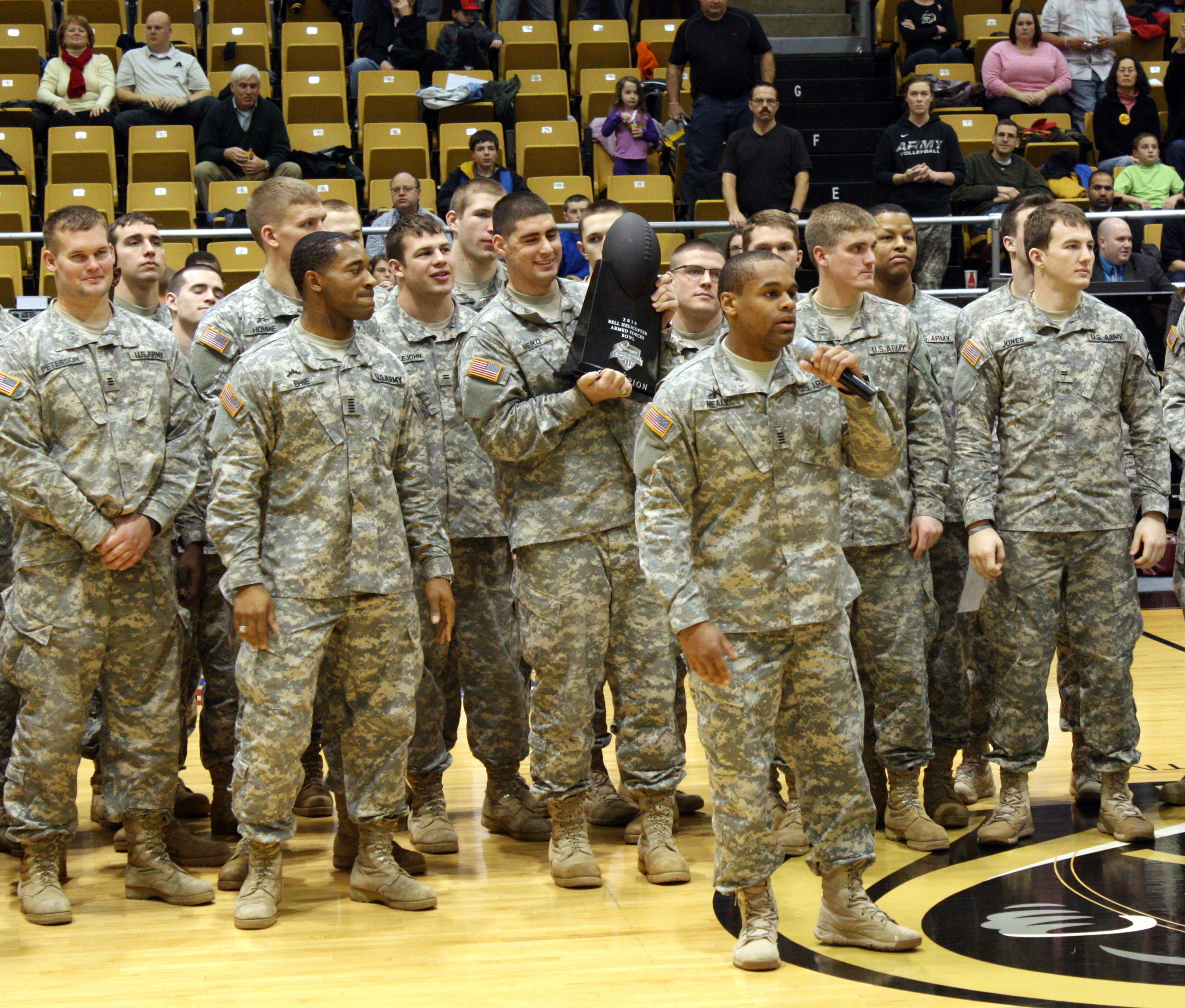 The bowl victory over SMU in Dallas gave the West Point football team a 7-6 record, its first winning season since 1996 and first "bowl" victory since 1985. The seniors will be long remembered for this achievement that brought "Winning Football" back to West Point. 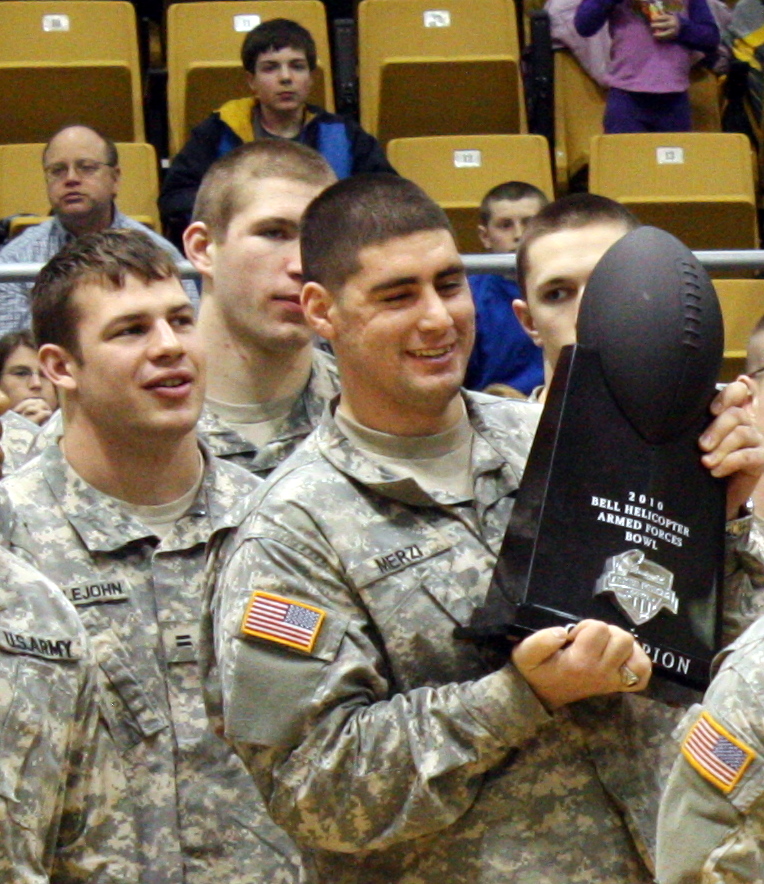 The trophy was made with actual military parts melted in. Senior Anees Merzi from Oceanside, CA proudly holds the trophy. Merzi was the starting left tackle on the offensive team. Junior linebacker Chad Littlejohn from Houston, TX stands just behind him. 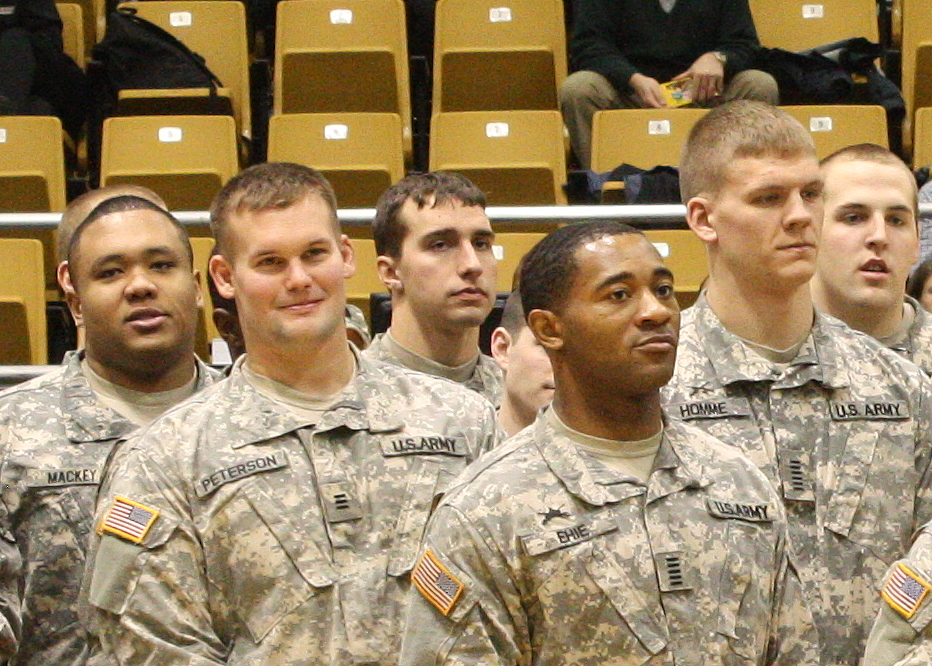 Carson Homme from Kennewick, WA, just to his right, was the long snapper and a defensive lineman. 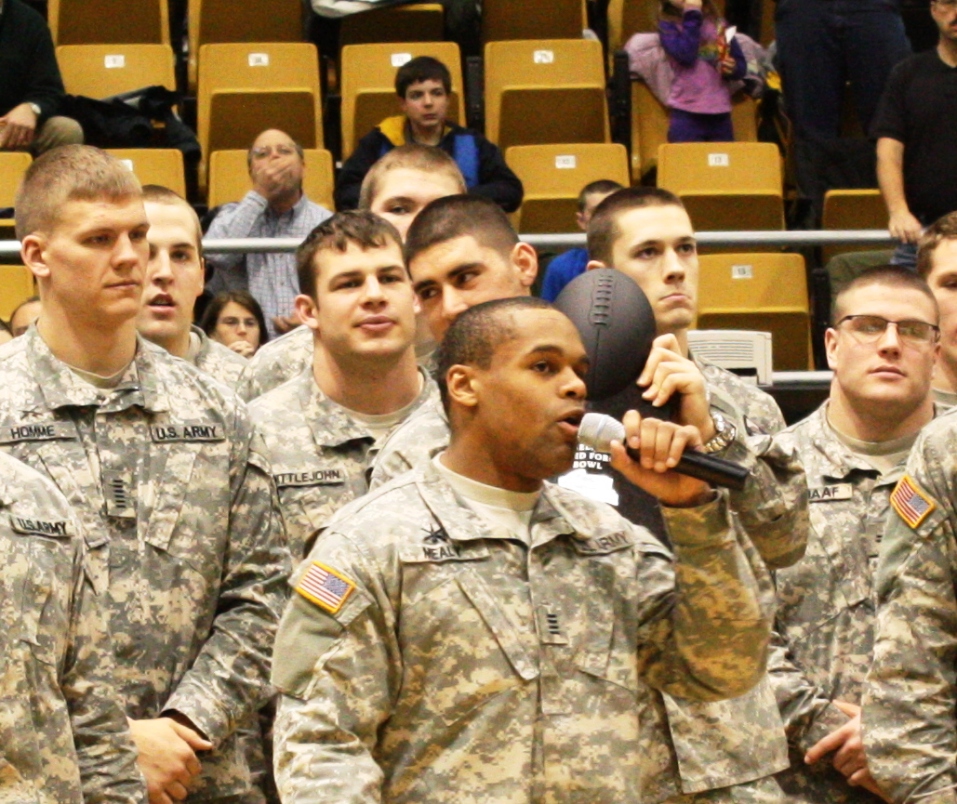 Pat Mealy filled an important role both as a running back and as a mentor to younger players on the team. He will be branching to Air Defense Artillery in the Army. 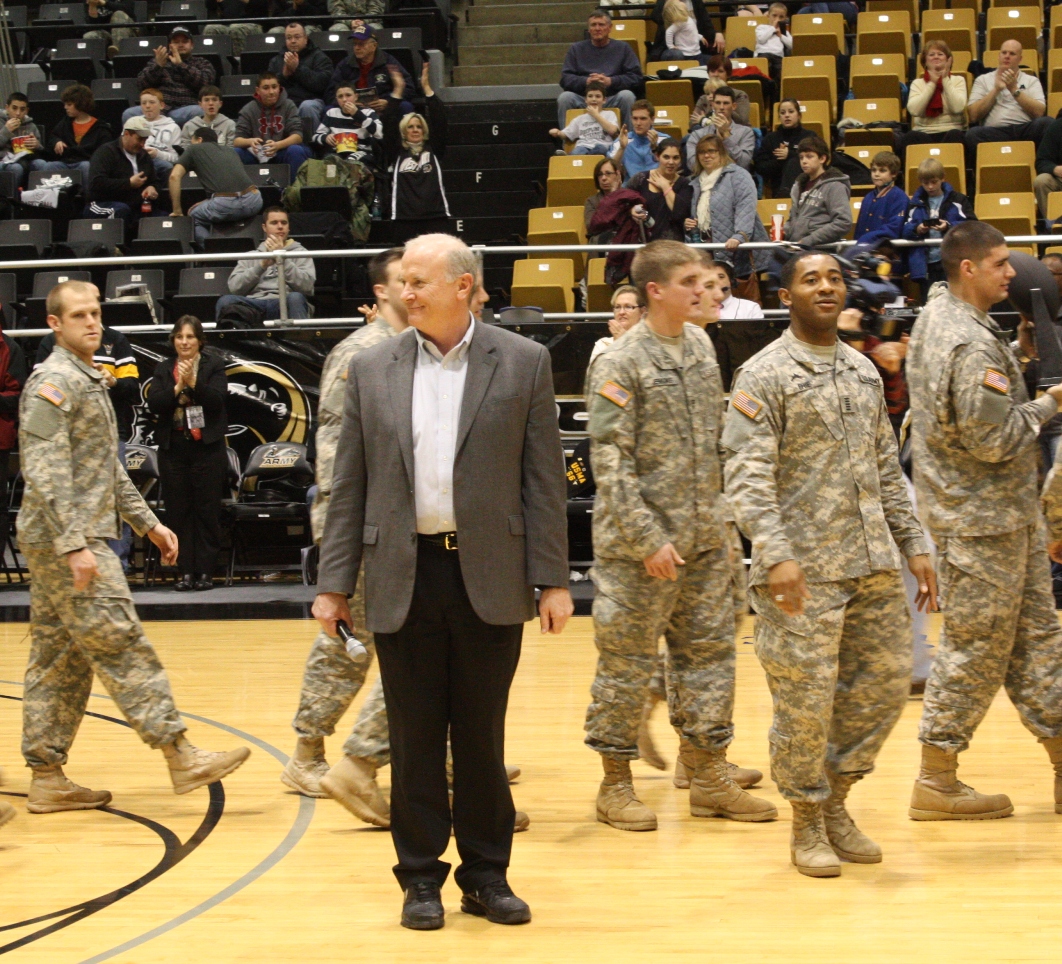 Coach Rich Ellerson stressed avoiding turnovers all season and embraced the Army culture at West Point. This can be the focus on mission demonstrated in Army winning all five road games it played at campus sites.

Captain Pat Mealy Speaks to the Crowd at Basketball Game 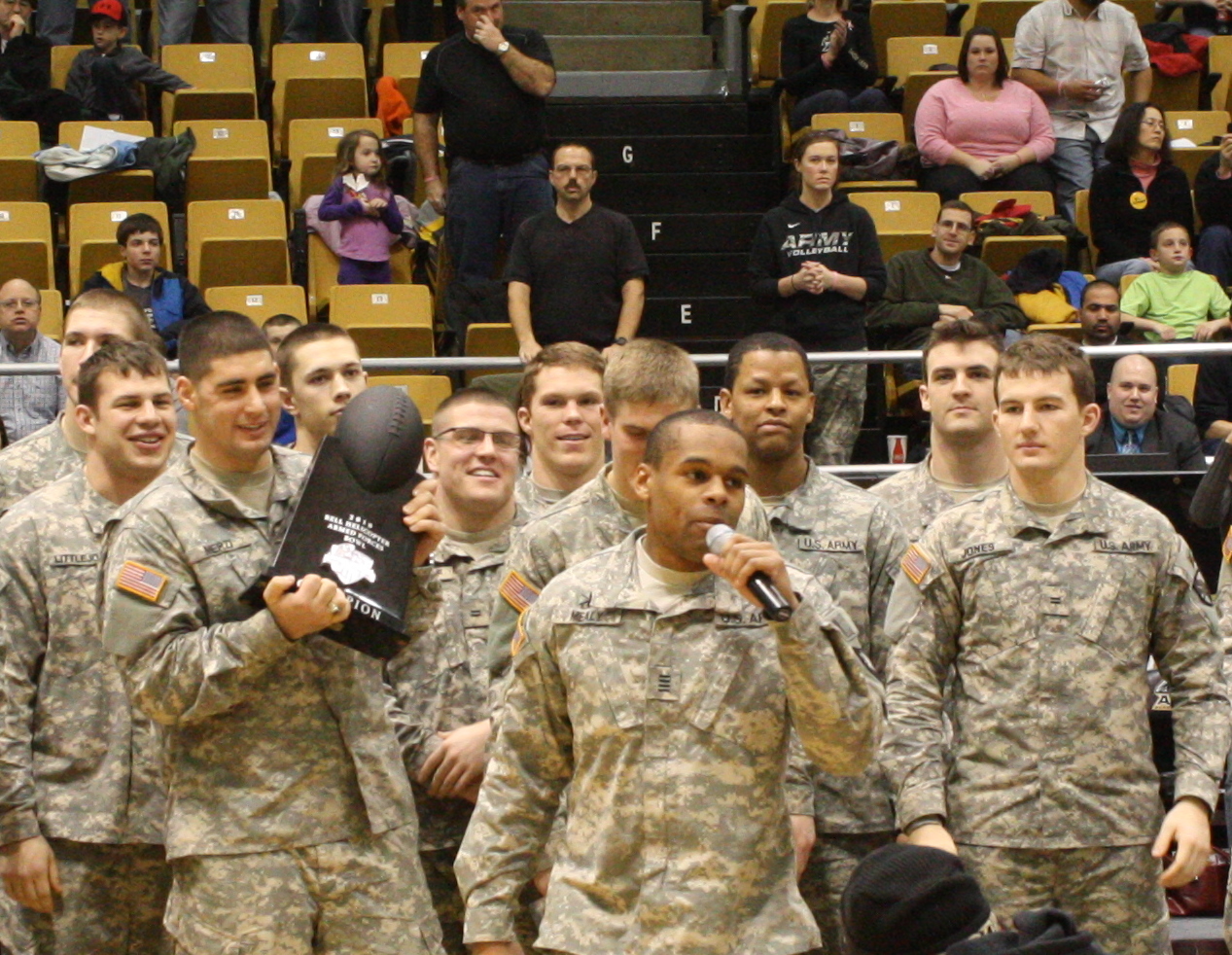 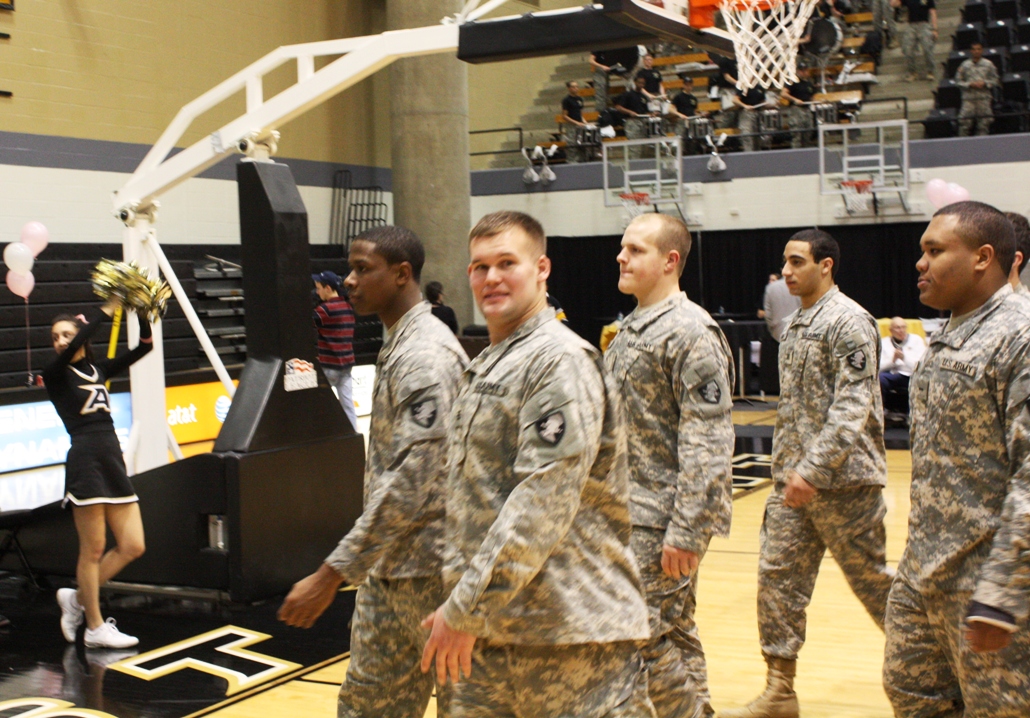 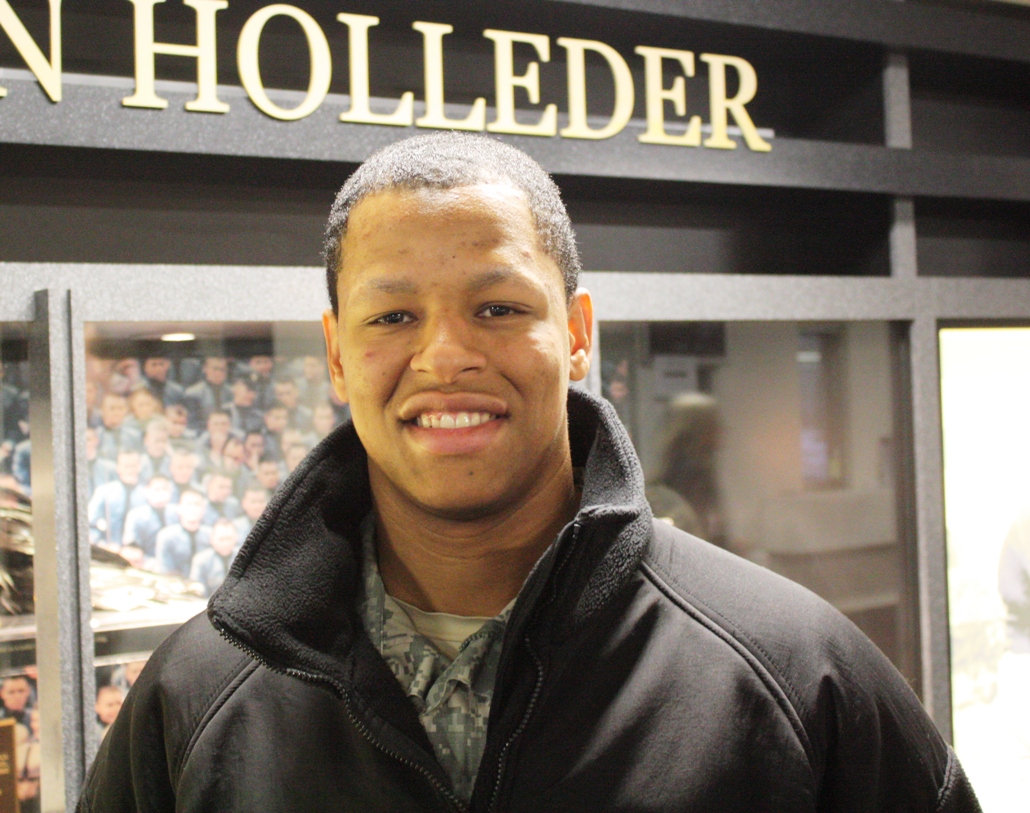 Against SMU, Jonathan Bulls from Fairfax, VA made a critical fourth quarter 57 yard punt from the Army 11 yard line.  The kick pushed the Mustangs back to their own 38 to start their last drive of the game which resulted in a missed 47 yard field goal attempt.

Jonathan will branch to Field Artillery training after graduation at Fort Sill, OK and then be assigned to the First Cavalry Division at Fort Hood, TX 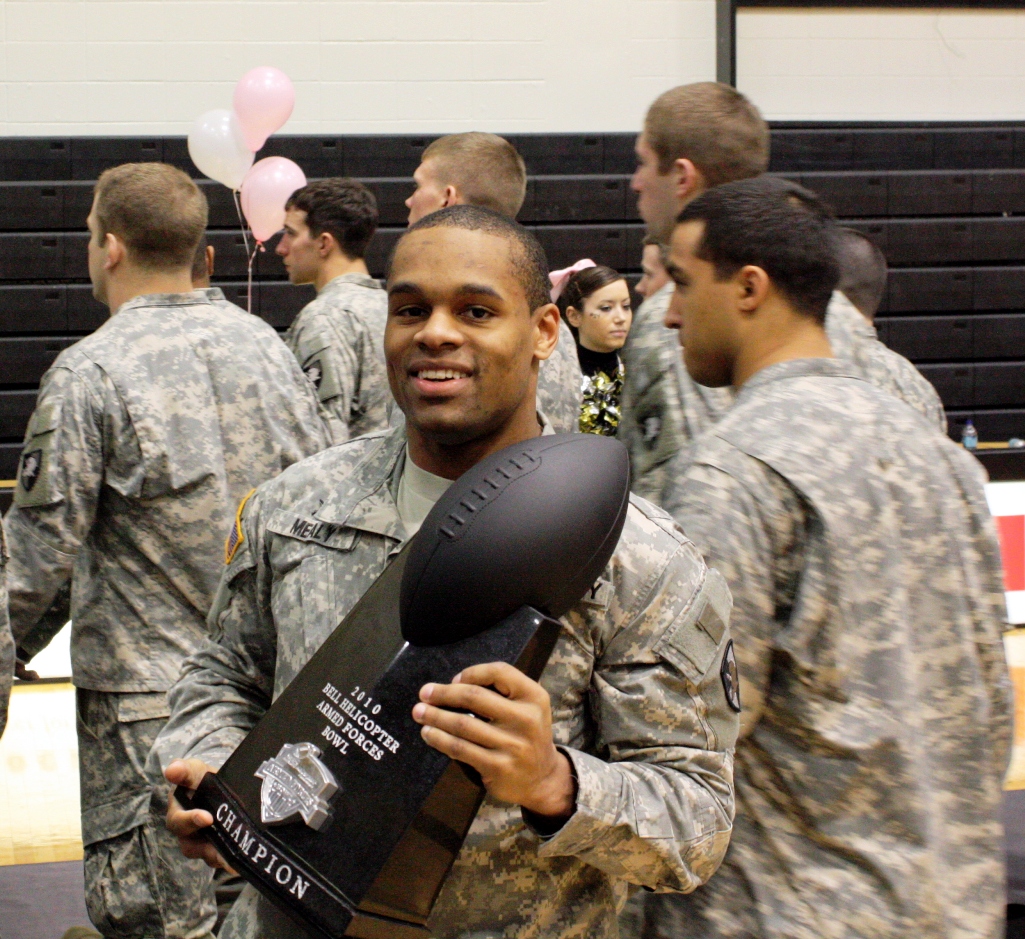 Probably no school will value winning a trophy like West Point. The Black Knights' victory in the Bell Helicopter Armed Forces Bowl made their alumni serving in the Army around the world very proud. It is amazing how meaningful football is at the Academy. 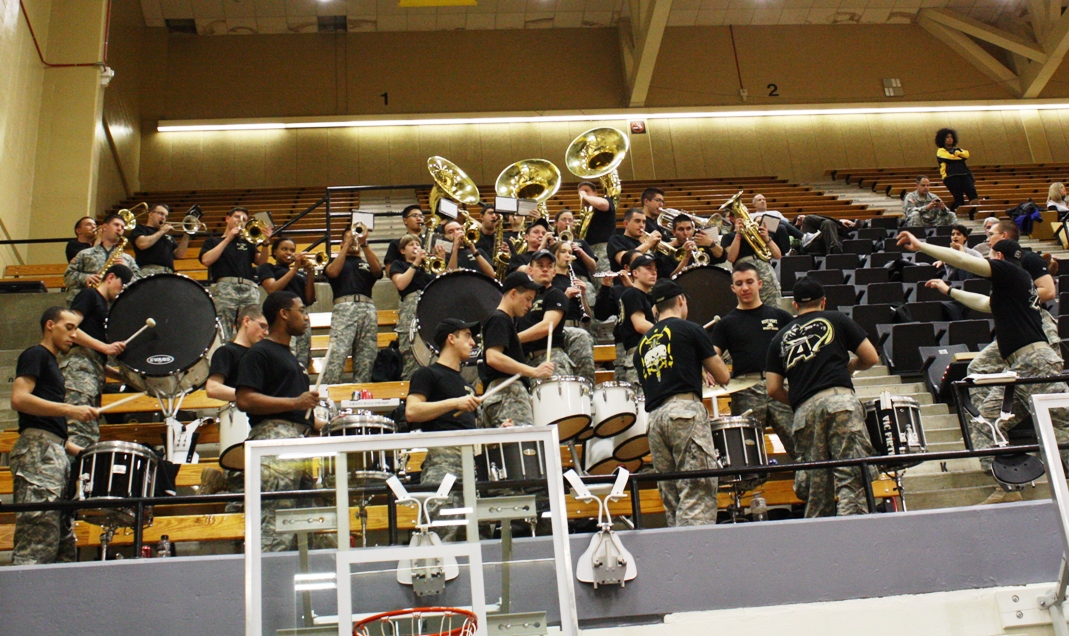 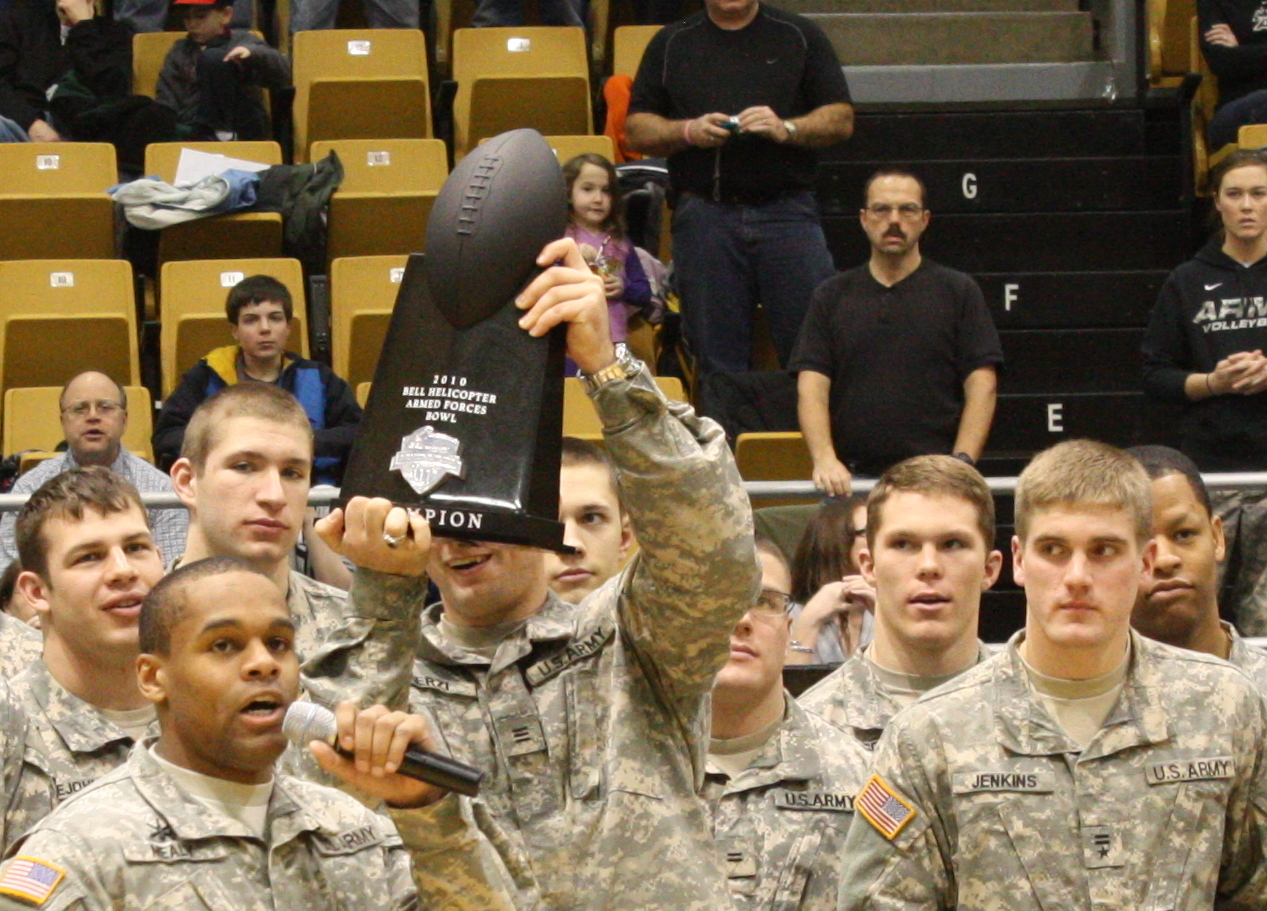