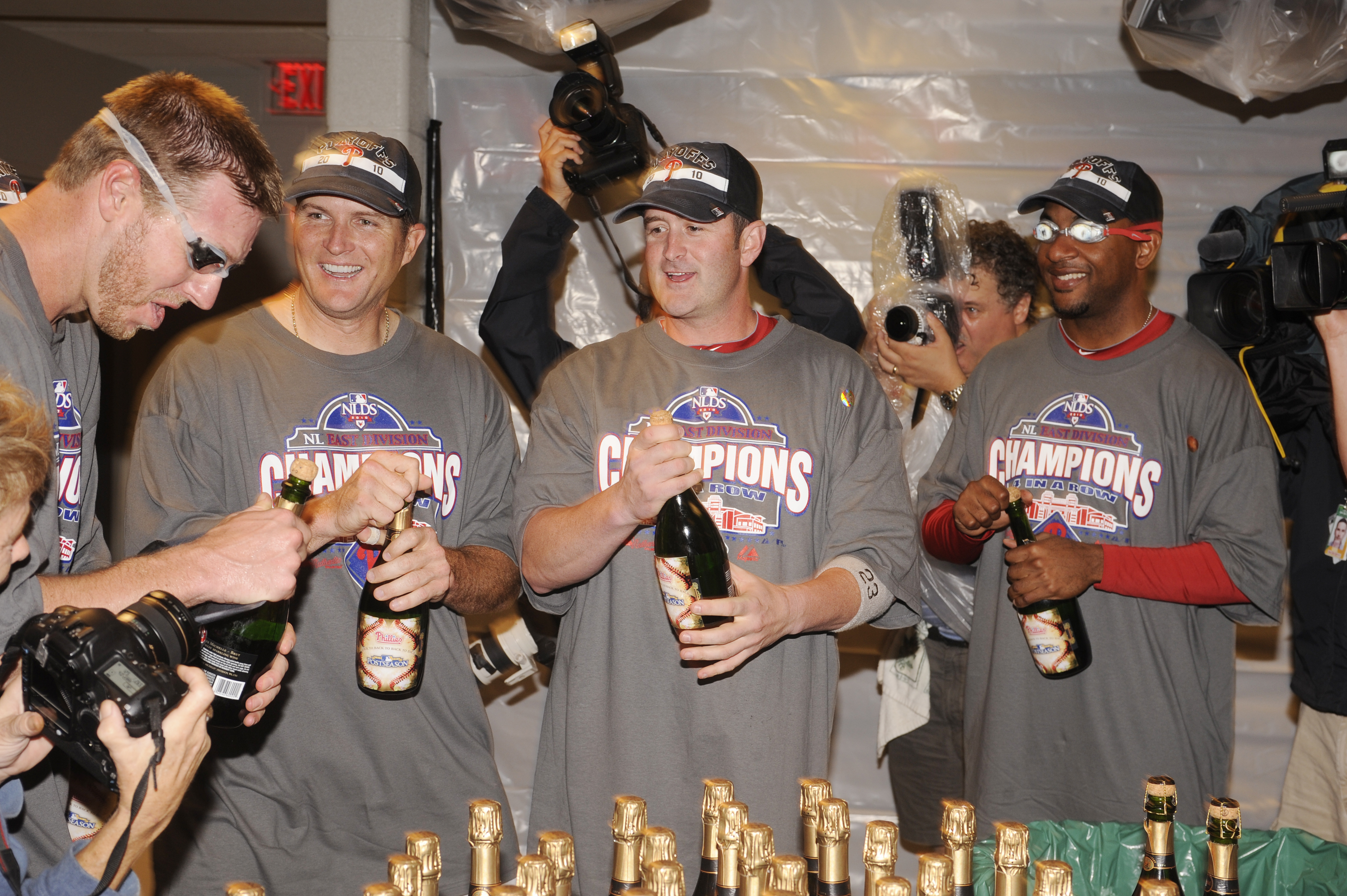 With only 11 days until pitchers and catchers report to camp, many baseball fanatics are ready to start the season. The National League East has been a very interesting race the past four seasons. In 2007, the Mets blew a huge lead in the division to the Phillies. In 2008, it was yet again the Mets blowing a late season lead to the Phillies. The past two years, it has been all Phillies winning the division by five games in 2009, and six games in 2010. Here's how the division will unfold in 2011. 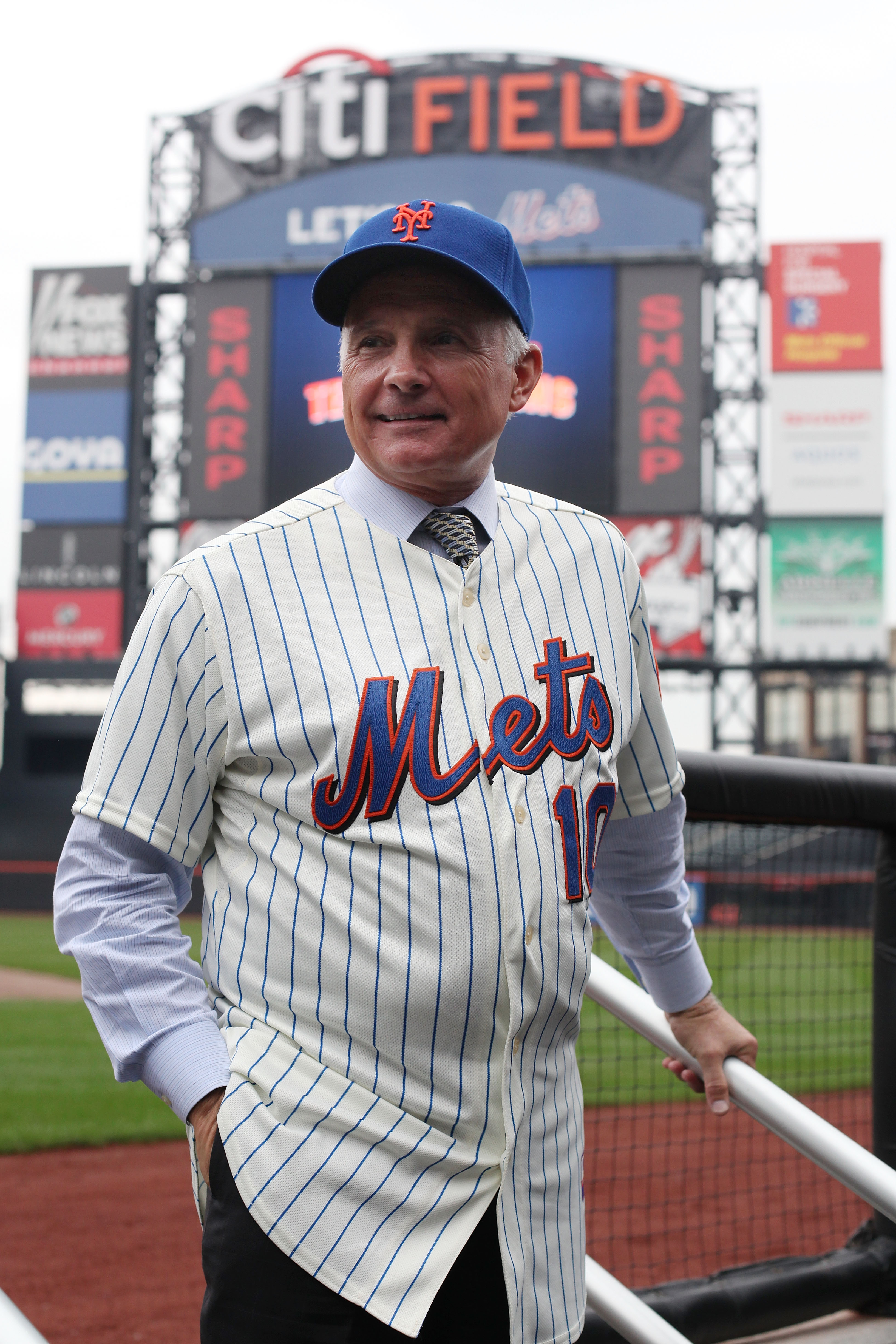 Terry Collins, you're out of luck with this team you inherited.Chris McGrath/Getty Images

Yes, you heard it here. The Mets will finish in last place in the National League East. Their pitching staff is very weak. With the exception of Pelfrey and Johan, they do not have a quality pitcher. Speaking of Johan Santana, coming off surgery he has not even thrown a baseball yet. That's a great sign considering pitchers and catchers report in 13 days, right? John Niese will have to be a viable pitching option in the Mets rotation in order for this team to have any success. The additions to Chris Capuano and Chris Young will make it interesting to see how the back of the Mets rotation will fare in 2011. Also, R.A. Dickey will need to have a repeat performance of his 2010 campaign for the Mets' rotation to have success. On top of a weak pitching staff, the Mets do not have a lot of money. Their owners have put a third of the team on sale, and may have to deal a big-name player by the trade deadline. With the Nationals making big moves in the off season such as signing Jayson Werth, they will overtake the Mets this year. 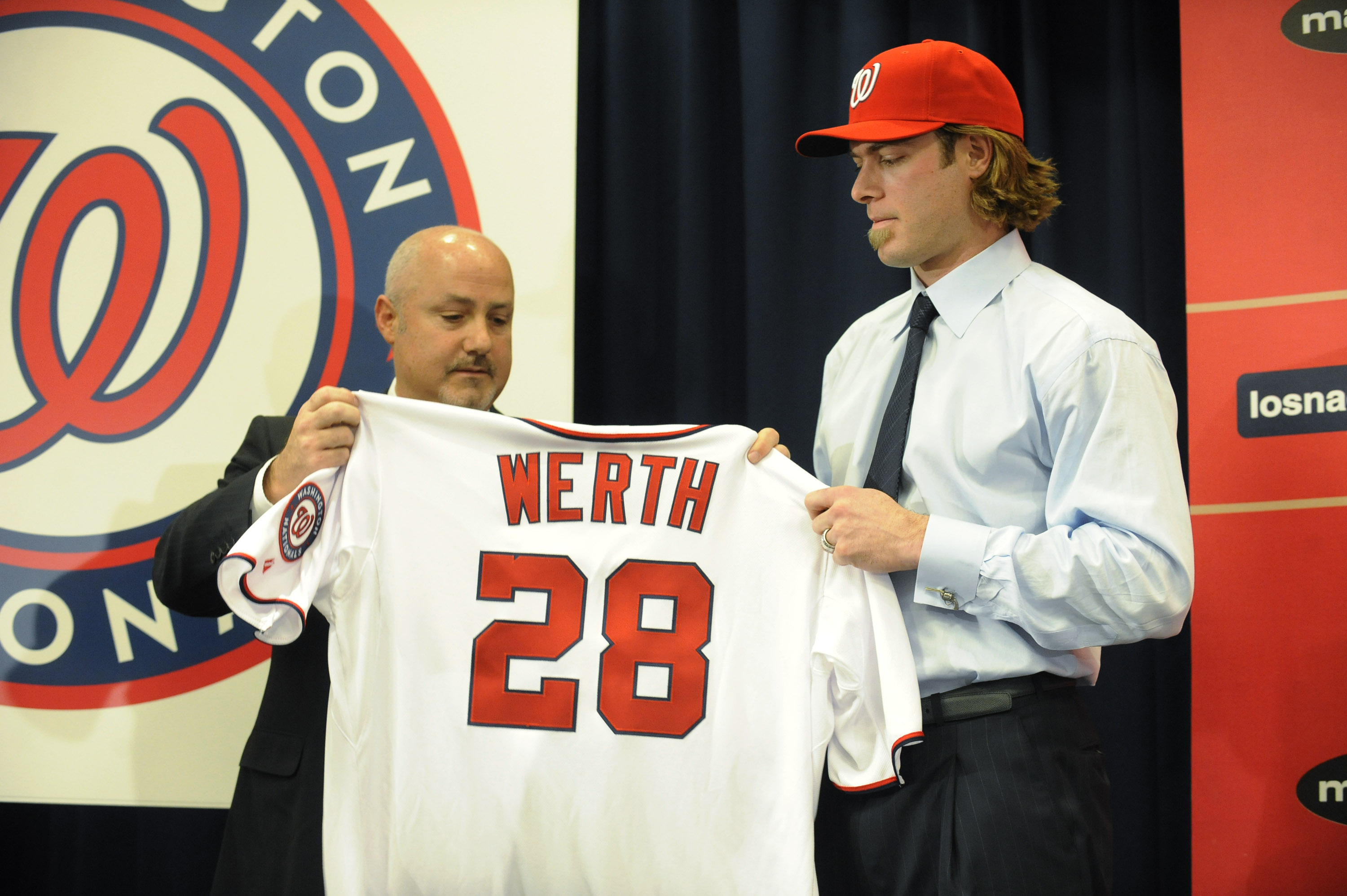 The Nationals are beginning to make some progress in this division, but not much. The have made a big splash this off season, adding some big names The big addition of  right fielder Jayson Werth and first basemen Adam LaRoche will help this team capture its first finish above fifth place since 2007. The pitching staff will be led by former number one pick, Stephen Strasburg, who looked like he would become a star before injuring his elbow last year. It will be an interesting topic this season to see how Strasburg recovers from his injury. Also, Jason Marquis was a big free agent signing in 2010. Last season, he had an awful season winning 2 games and losing 9. He also posted a 6.60 ERA. For the Nationals rotation to have success in 2011, Marquis will have to have a bounce back season. 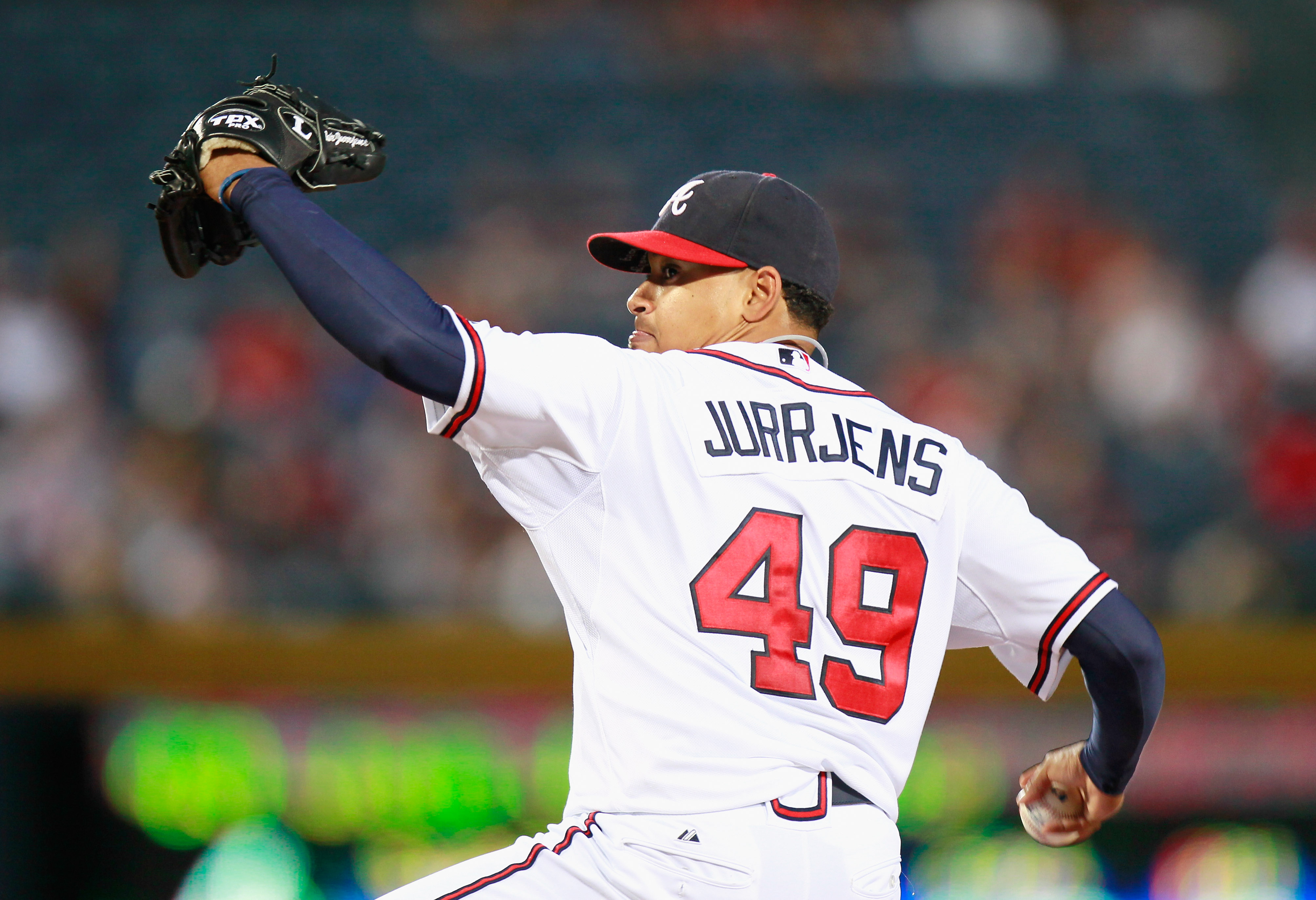 Jair Jurrjens will need to have a great season for the Braves to have successKevin C. Cox/Getty Images

This is a bold prediction. After finishing in second last season, the Braves will drop to third this season. The addition of Dan Uggla will be a big part of the 2011 Braves team, but it is not enough for the Braves to finish in the top two of this division.  Their pitching staff is mediocre, led by overaged Derek Lowe and Tim Hudson. Both pitchers are past their prime and will need to have great seasons for this team to have success. Young gun Jair Jurrjens will have to have another great season after his mediocre season of 7-6 with a 4.64 ERA. In 2009, Jurrjens had a great season in 2009 with a record of 14-10 and a 2.60 ERA, so the potential is evident. With a new manager in Freddy Gonzalez, the Braves will lose their presence of a the legendary manager in Bobby Cox who brought fire to this team for many years. 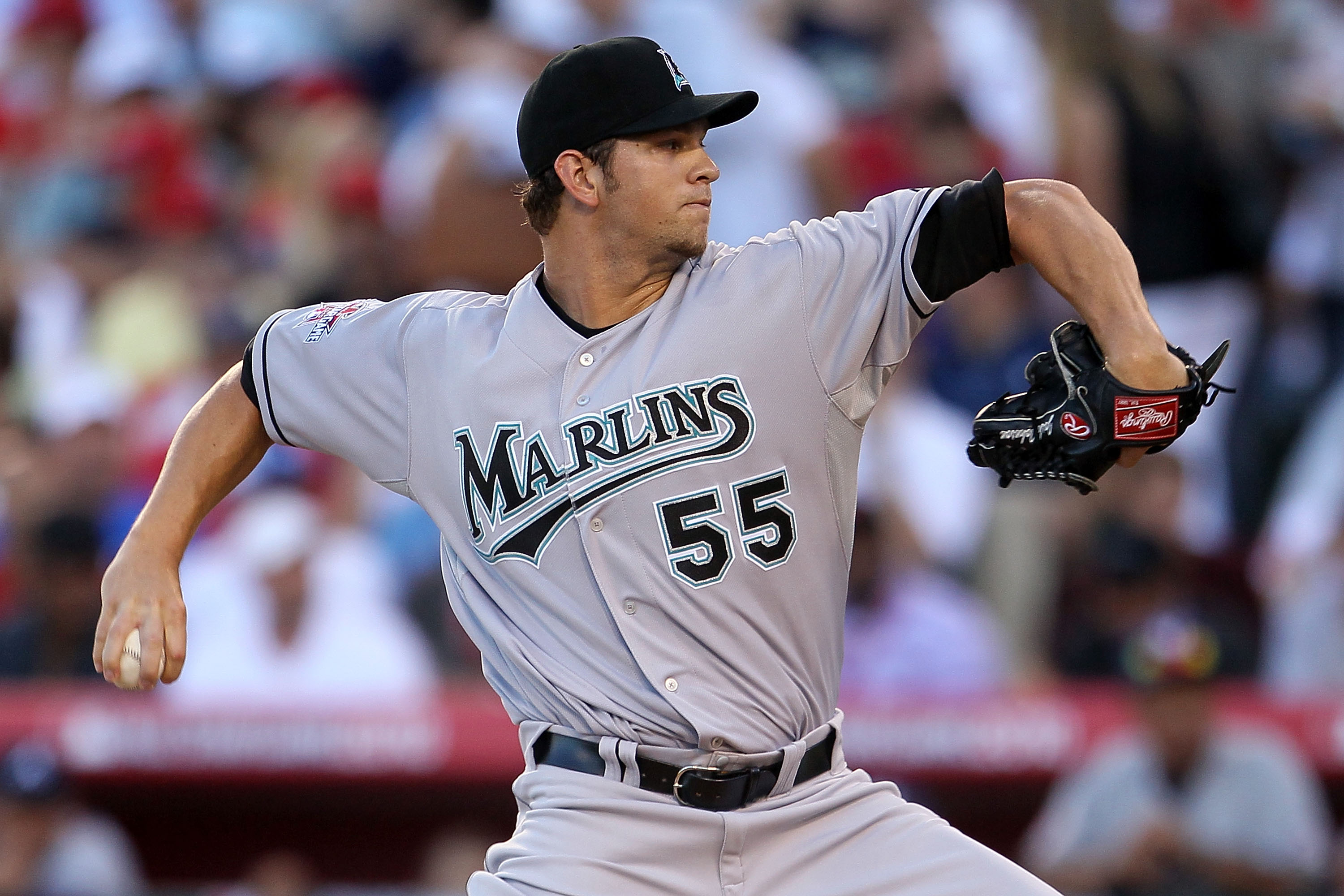 This is another bold prediction. Led by Josh Johnson, the Marlins will make a push for the National League East crown, and a wild card berth. Josh Johnson has been an early favorite for the Cy Young along with Roy Halladay and Cliff Lee of the Philadelphia Phillies. Johnson stands at 6 feet 7 inches tall, and weighs a whopping 250 pounds. Last season he won 11 games and lost 6. Those might not be great numbers, but he posted a 2.30 ERA. That was the second best ERA in the league last season. Ricky Nolasco will round out this rotation, looking to have another solid year. Last year he won 14 games and lost 9, with an ERA of 4.51. The 2009 NL rookie of the year, Chris Coghlan will also have another great year, returning to his 2009 form. In 91 games, last season, he hit .268 and drove in 28 runs. Not such impressive numbers, but in 2009 he hit .321 with 9 home runs and drove in 28 runs. The leadership of the great Hanley Ramirez should help the Marlins be a solid team this season, along with the addition of third basemen Omar Infante. Infante is coming to the team from Atlanta in the Uggla trade. The Marlins have strong enough pitching, and a good enough lineup to overcome the loss of Dann Uggla. 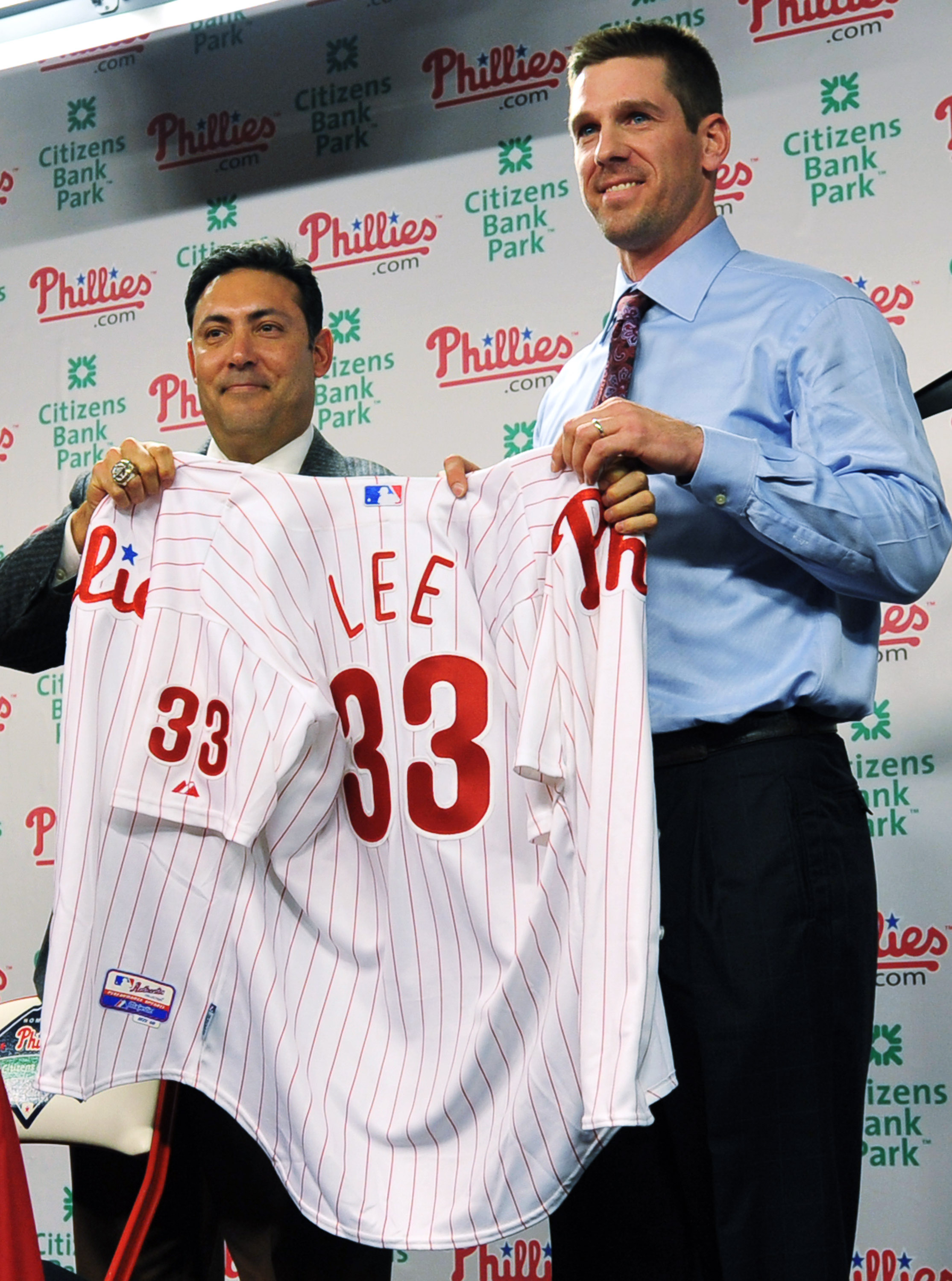 Cliff Lee will help the Phillies return to the World Series.Drew Hallowell/Getty Images

No surprise here. Another prediction, the Phillies will finish with the best record in the MLB. People may say, how can this be possible without a stable right fielder? The answer is simple. Pitching. Back when Steve Carlton pitched for the team, players would call that day, "win day" because it was almost a guaranteed win. Now, the Phillies have "win day" for four out of five of their starting pitchers. Roy Halladay, Cliff Lee, Cole Hamels, and Roy Oswalt form what people are calling the greatest pitching rotation of all time. The biggest concern for the Phillies is their bullpen. If Brad Lidge can return to his 2008 form, the Phillies can return to greatness. In 2008, Lidge did not blow one save, including the postseason. Also, Jimmy Rollins, Chase Utley, and Ryan Howard need to have bounce back years for this team to make a deep run in the playoffs. These 3 core players had injury plagued 2010 seasons. The good thing is some days the team can still win with a shortage of runs, because of the surplus of pitching. When the 2011 season come to an end, there is a very good chance the Phillies will be hoisting a second World Series trophy in four years.