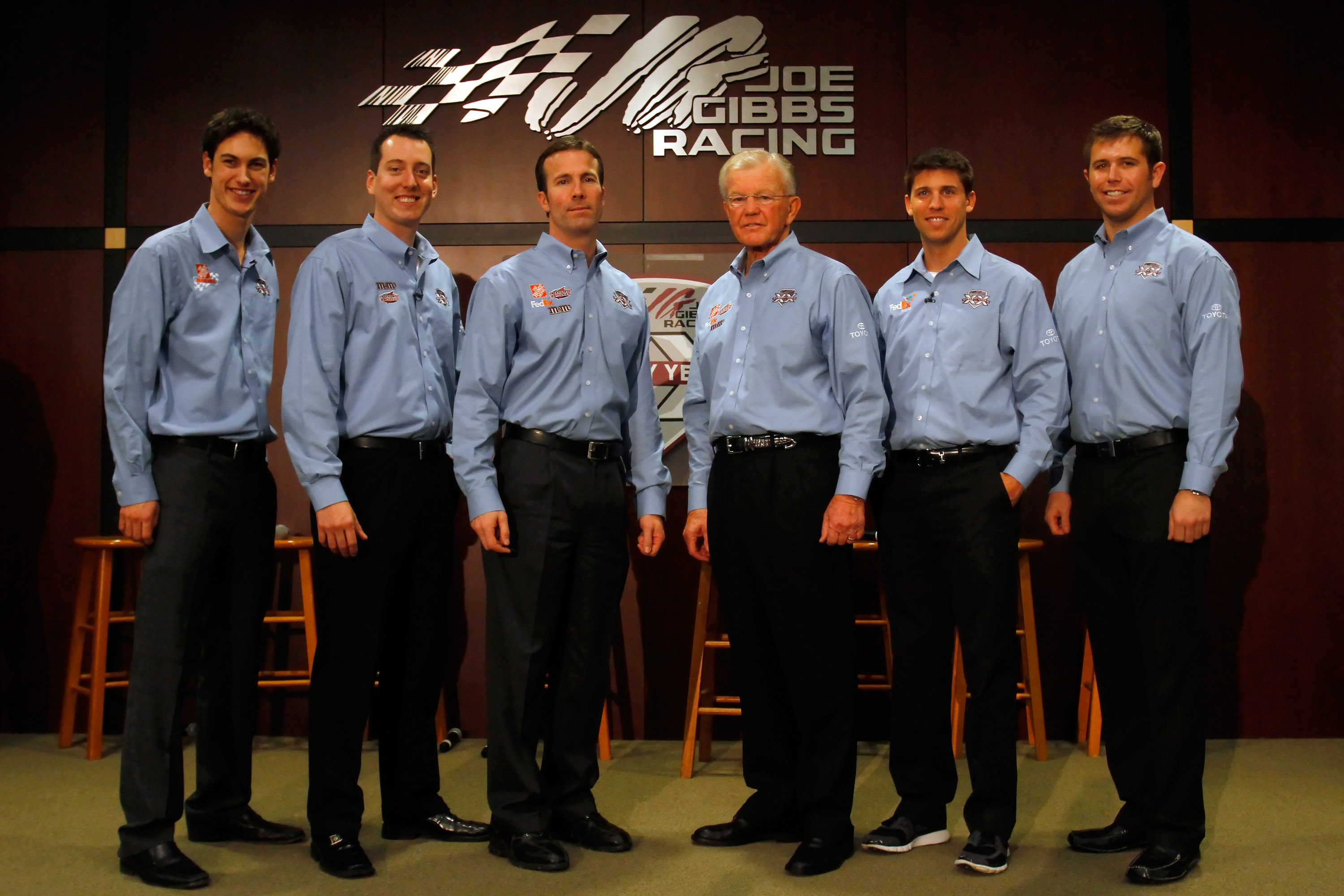 There was big news in NASCAR this week as they announced they are changing up the point system for this coming season.  They have decided to make it much simpler and easier to understand.  Now drivers will get 43 points if they finish 1st and decrease in one point increments until the 43rd place driver gets 1 point.  Drivers also will receive one point for leading a lap, one point for leading the most laps, and three points for winning the race.  Therefore,  the most points a driver can win in one race is 48.

It will be interesting to see what type of affect this has on the season and if this will affect driver’s strategies during races.  This week we are looking at Joe Gibbs Racing, which will be celebrating it's 20th season as a team in 2011.  They have three top drivers on their team which includes Denny Hamlin, Kyle Busch and Joey Logano. 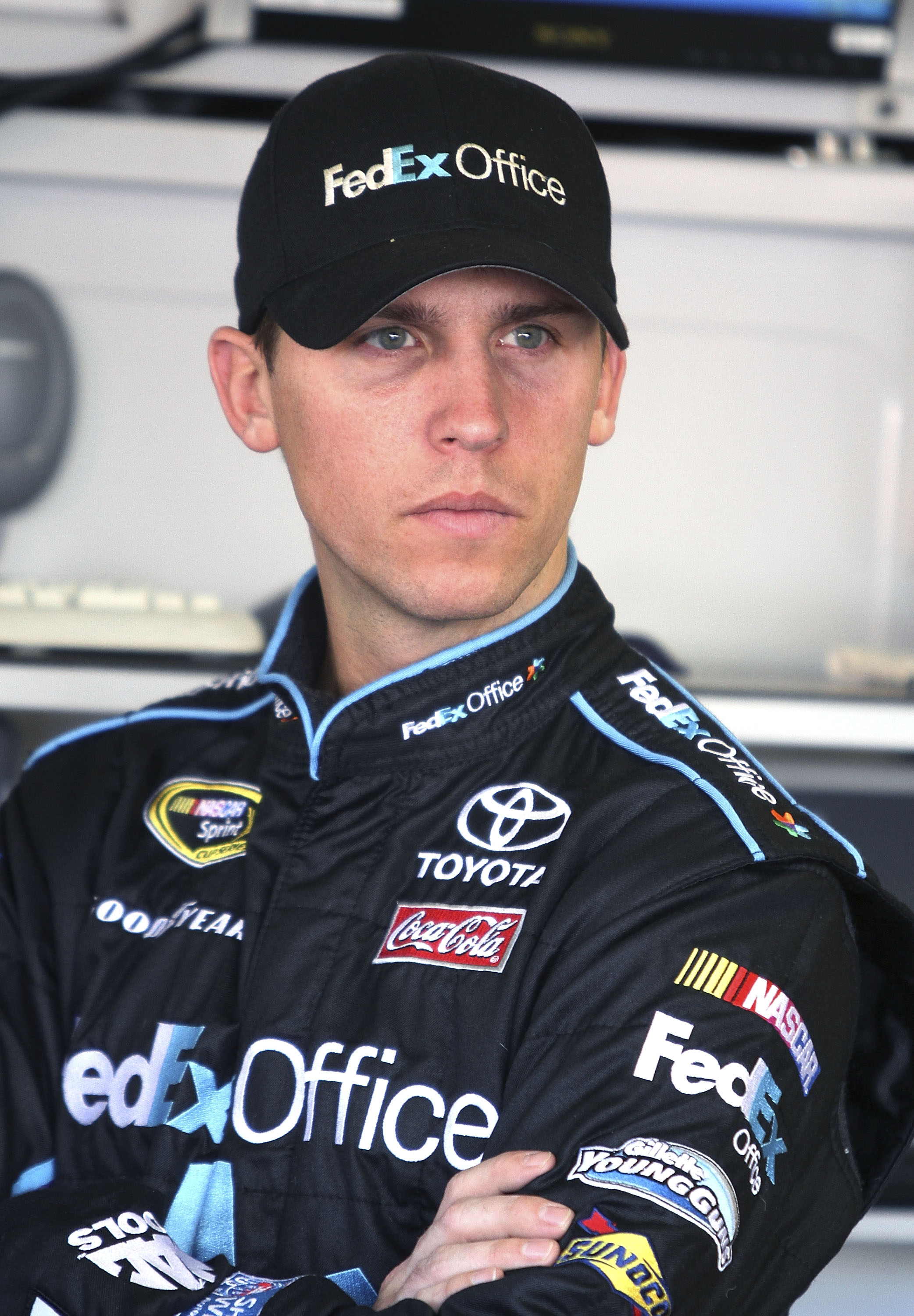 Denny Hamlin is entering his seventh season as a full time driver and is coming off a great year for Joe Gibbs Racing.  He finished second in the point standings and had eight wins, the most for any driver last year.  Hamlin won both races at Martinsville Speedway and Texas Motor Speedway and also won at Darlington, Michigan International, Pocono and Richmond.

He had 14 top five finishes last year which was third most for 2010 and 18 top 10 finishes which was tied for fifth most.  Hamlin had a strong average finish at 12.9 but can improve on his average start which was 17.2.

Denny Hamlin was driving very well towards the end of the year where he had a stretch of three wins in nine races and eight of those nine races he finished in the top 10.  However, he stumbled in the final two races finishing outside the top 10.  I am sure Hamlin will have that in the back of his mind as motivation entering this season as he did have the Championship in his sights and just missed out, finishing 39 points behind Jimmie Johnson.

Denny Hamlin saw most of his success on the short tracks where he won three of the six races last season. His other five wins, and 13 of this 18 top 10 finishes, came on the intermediate tracks where he raced 24 times.  He struggled on the road courses having an average finish of 35.5 in two races.

Denny Hamlin will be a serious threat to Jimmie Johnson in 2011 if he is able to replicate similar stats to what he did in 2010.  With this new point system putting more emphasis on wins, that will only benefit the driver who had the most wins last season.  I would suggest planning on using Hamlin for all short track races, especially at Martinsville and Texas Motor Speedway.  I expect Hamlin to once again be one of the top drivers in NASCAR this coming season. 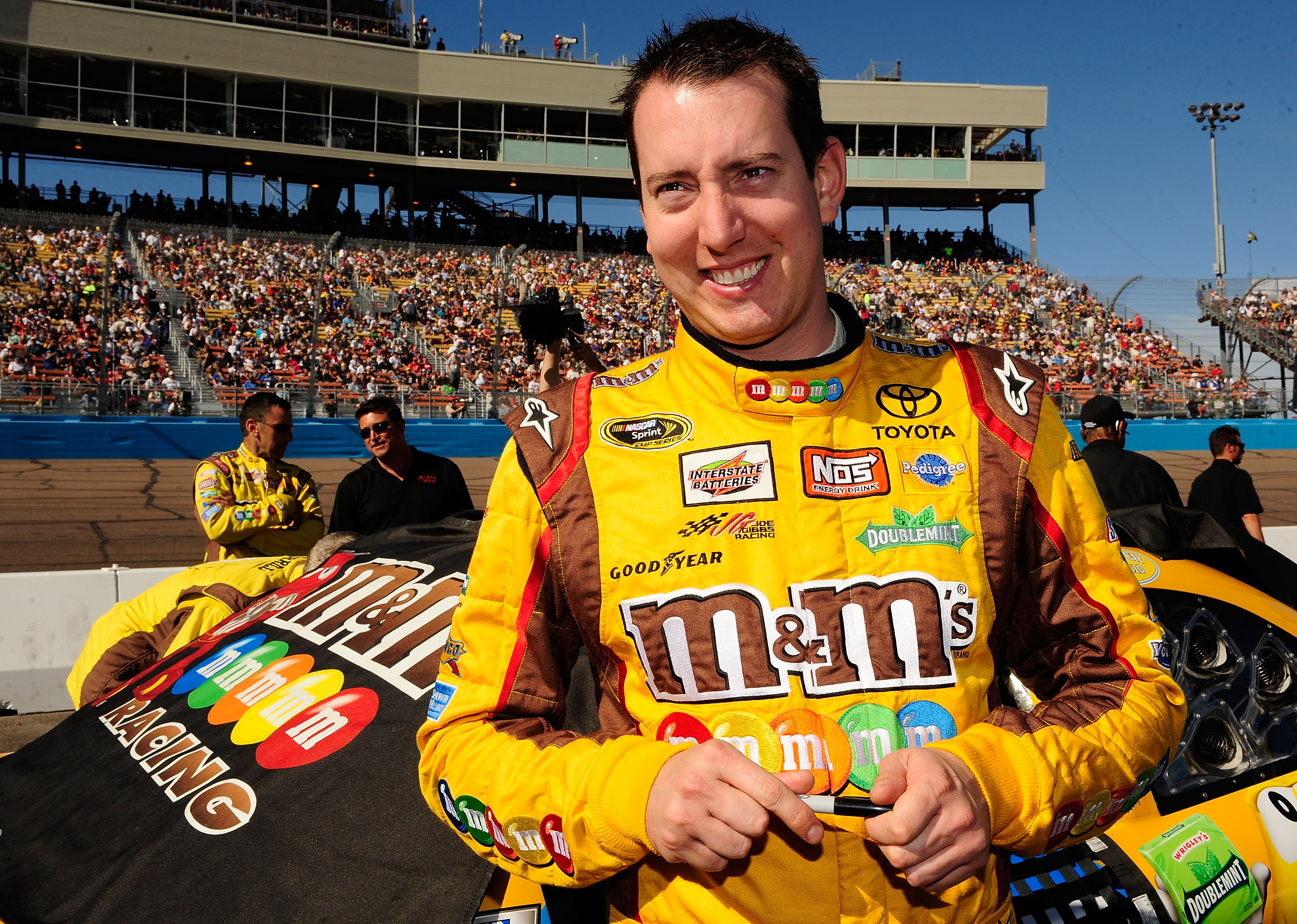 Kyle Busch is arguably one of the most talented drivers in NASCAR right now.  However, he has struggled since 2008 when he won eight races and seven poles.  Last season, Busch didn’t have that bad of a season when he finished eighth in the point standings with three wins, 10 top five finishes and 18 top 10 finishes.  He won the Crown Royal Presents The Heath Calhoun 400 at Richmond International Speedway, the Autism Speaks 400 at Dover International Speedway and the Irwin Tools Night Race at Bristol.

He was able to improve his average finish from 2009 when it was 15.4 to last season when it was 14.0. However his average start did drop from 12.2 to 15.8. It is important for drivers to have a good average start because they don’t have to work as hard to get to the front of the pack. He also was not able to finish three races, which was his highest total since 2005 when he had eight.  If Busch is able to cut those down it will only help his average finish and help him in the point standings.

Entering his eighth season, Kyle Busch may be starting to put it together and may be ready to return to 2008 form.  Busch has too much talent but has not been able to finish higher than fifth in the point standings Now that there is a new system in place, he could improve on that this year.  He is a top driver in NASCAR and plan on using him as well on most of the short tracks because that is where he sees most of his success. 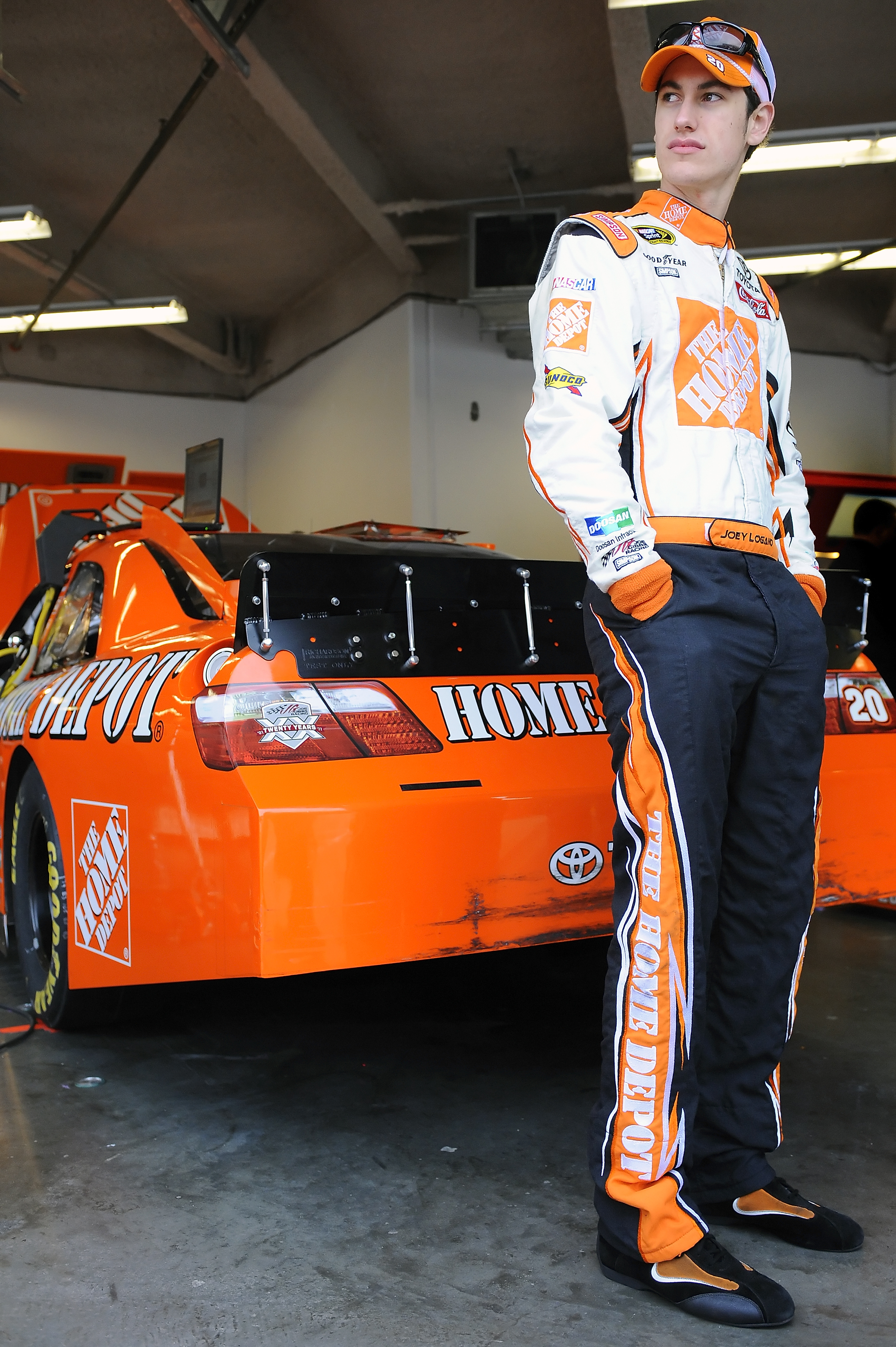 Joey Logano was expected to fill big shoes before the 2009 season when he took over the number 20 Home Depot car that was previously driven by Tony Stewart.  Now he has not had the same success as Stewart over the past two years but the 20 year old has improved since he has taken over and is looking like he is ready to take the next step.

Logano finished 16th in the point standings last year but was not able to get a win.  He did have seven top 5 finishes and 16 top 10 finishes with an average finish of 16.8.  These are all improvements over 2009 when he only had three top 5 finishes and seven top 10 finishes with a 20.0 average finish.  He did have one more DNF than 2009 but I think this will drop this season as he gains more experience.

I think Logano will continue to improve this season and make a strong push to get into the Chase this year. Now it is hard to say what other tracks he will improve at to make this happen, but I think it is a safe bet to say those four tracks listed are a good starting point.