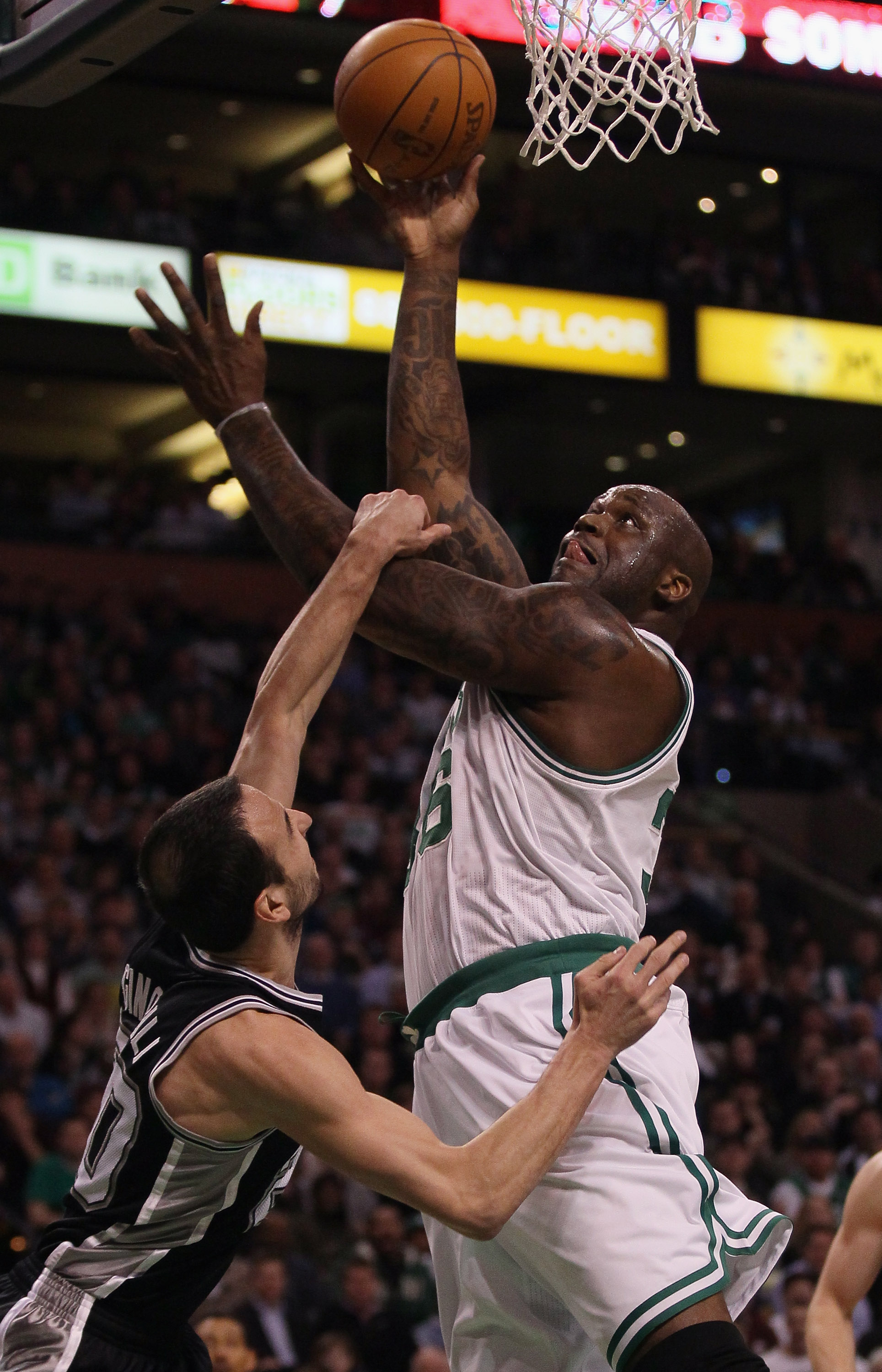 Probably because he is the oldest player in the entire NBA now, young fans often dismiss Shaquille O'Neal's greatness. However, it is a mistake to consider any player of the past 18 years as being greater than Shaq.

In fact, O'Neal is the most dominant player of the past 18 years and is tied only with Tim Duncan with three Finals MVP awards.

Shaq was THE man in LA's three-peat from 2000 to 2002. In 2006 he played second fiddle to Wade in the Finals, but they would not have been there without him.

O'Neal has scored more points than any active player with over 28,000 and up until now, he has been basically unstoppable since his rookie year in 1992-93.

It is a testament to his awesome athleticism and intimidation factor that he was playing in the NBA in 1992 and now in 2011, he is on the East's best team so far.

It is a travesty how NBA fans process greatness in 2011, but here we will study Shaq's 17 greatest NBA games ever and we will see what the man accomplished and how easily we forget.

Hype is one thing, but Shaq has always been unstoppable. 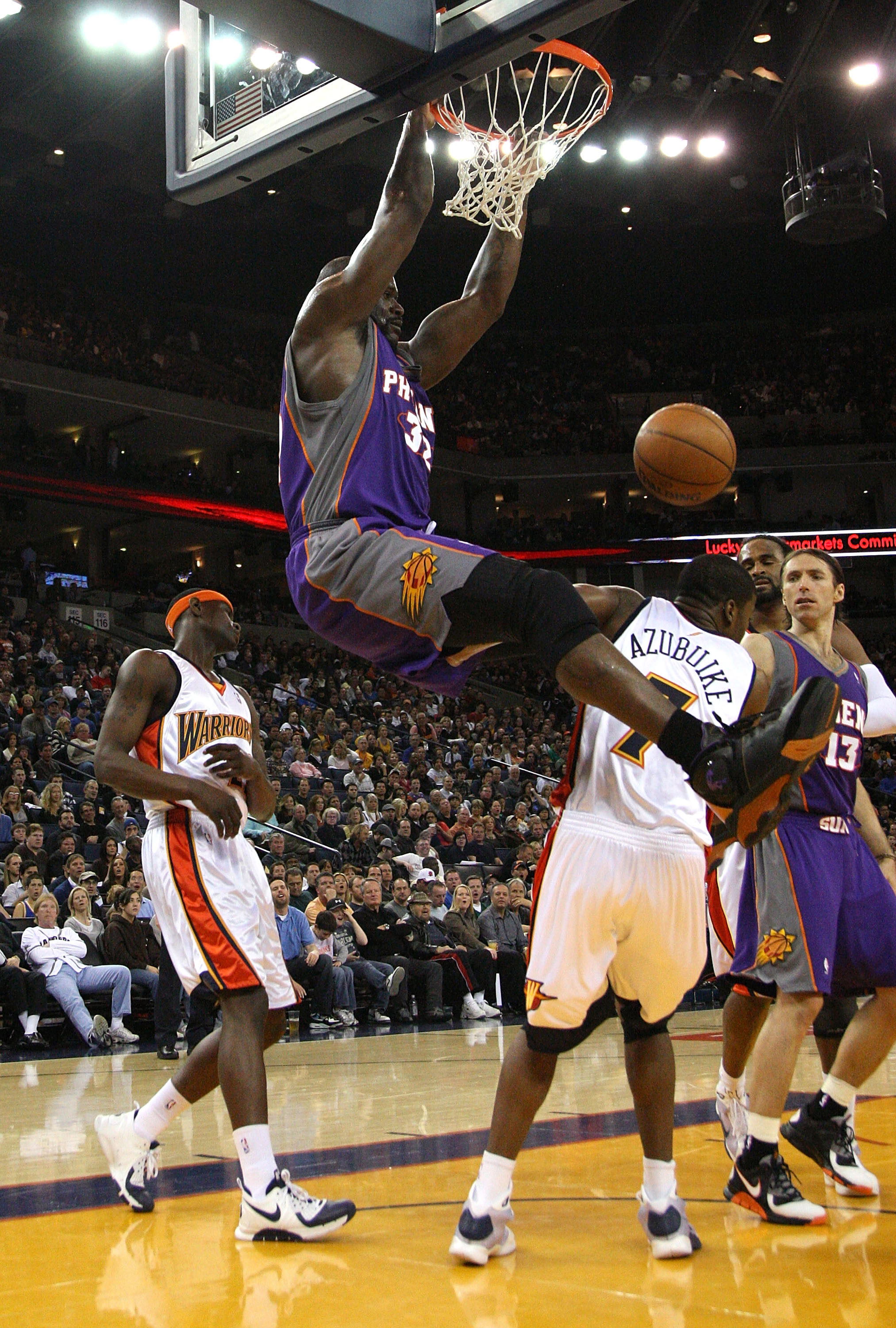 This is the last truly awesome game Shaq had and he was already 36 years-old at the time.

While playing for Phoenix, Shaq slaughtered the Raptors with 45 points on 20-for-25 from the field and 5-for-8 from the line. He added 11 rebounds, two assists, three steals and one block in a winning effort. 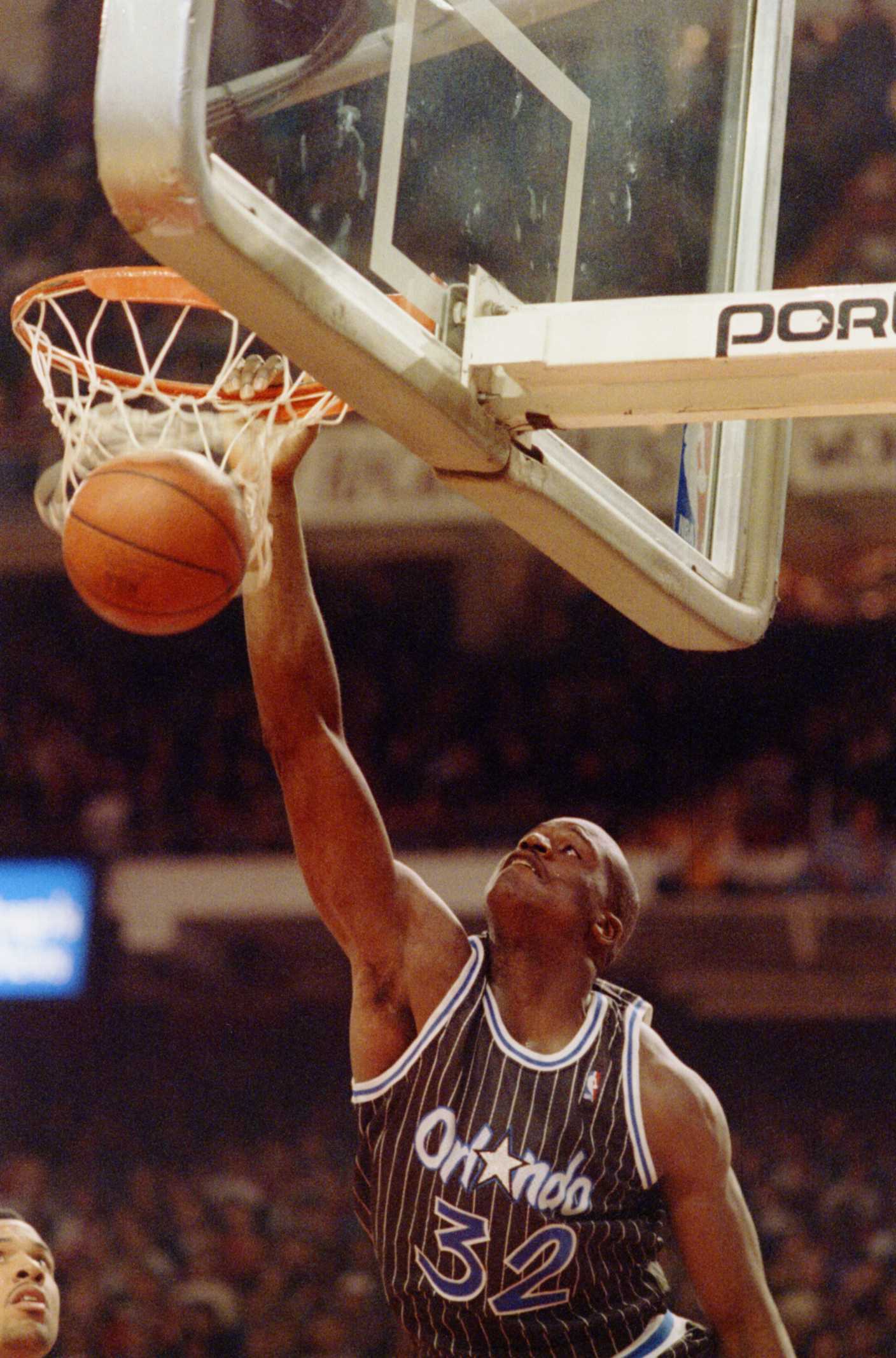 Sixteen years before his 45-point game against Toronto, young and unstoppable Shaq abused the Mavericks as a rookie in his first-ever astonishing game.

This game would let the world know that he was a battering ram who could not be contained.

Shaq scored 38 points on 14-16 from the field and 10-14 from the line. He added 13 rebounds, two assists and an unbelievable seven blocked shots in the win. 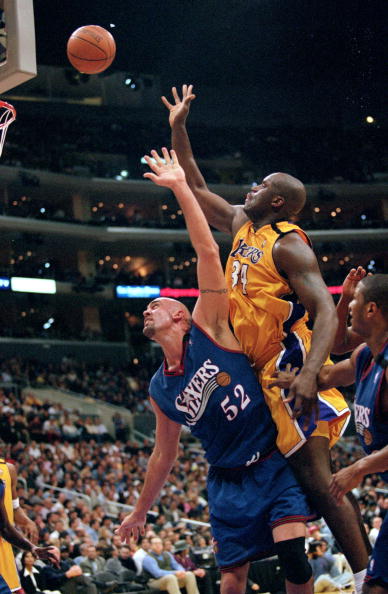 Shaq was named MVP in 2000 and for good reason.

He lifted the otherwise flimsy Lakers to a title and before the playoffs began he dropped this doozy on Golden State. 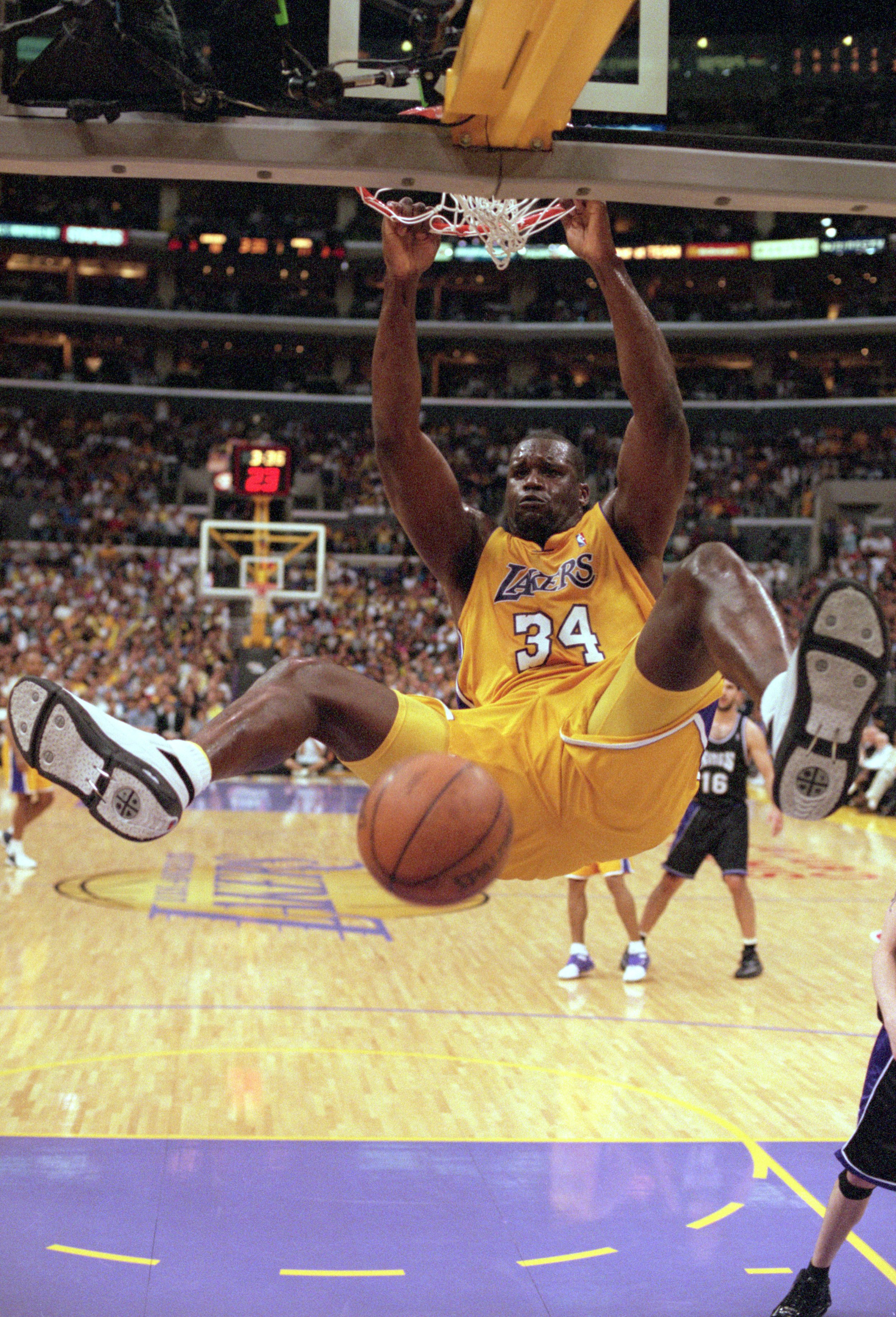 Sacramento realized the inevitable by the very first game of this series—Shaq would beat them and all they could hope to do was stop everyone else.

Is there any doubt who the key to the three-peat was? I saw every game and it was WAY obvious. The Lakers would have lost without him—actually they wouldn't have even been in the playoffs without him. 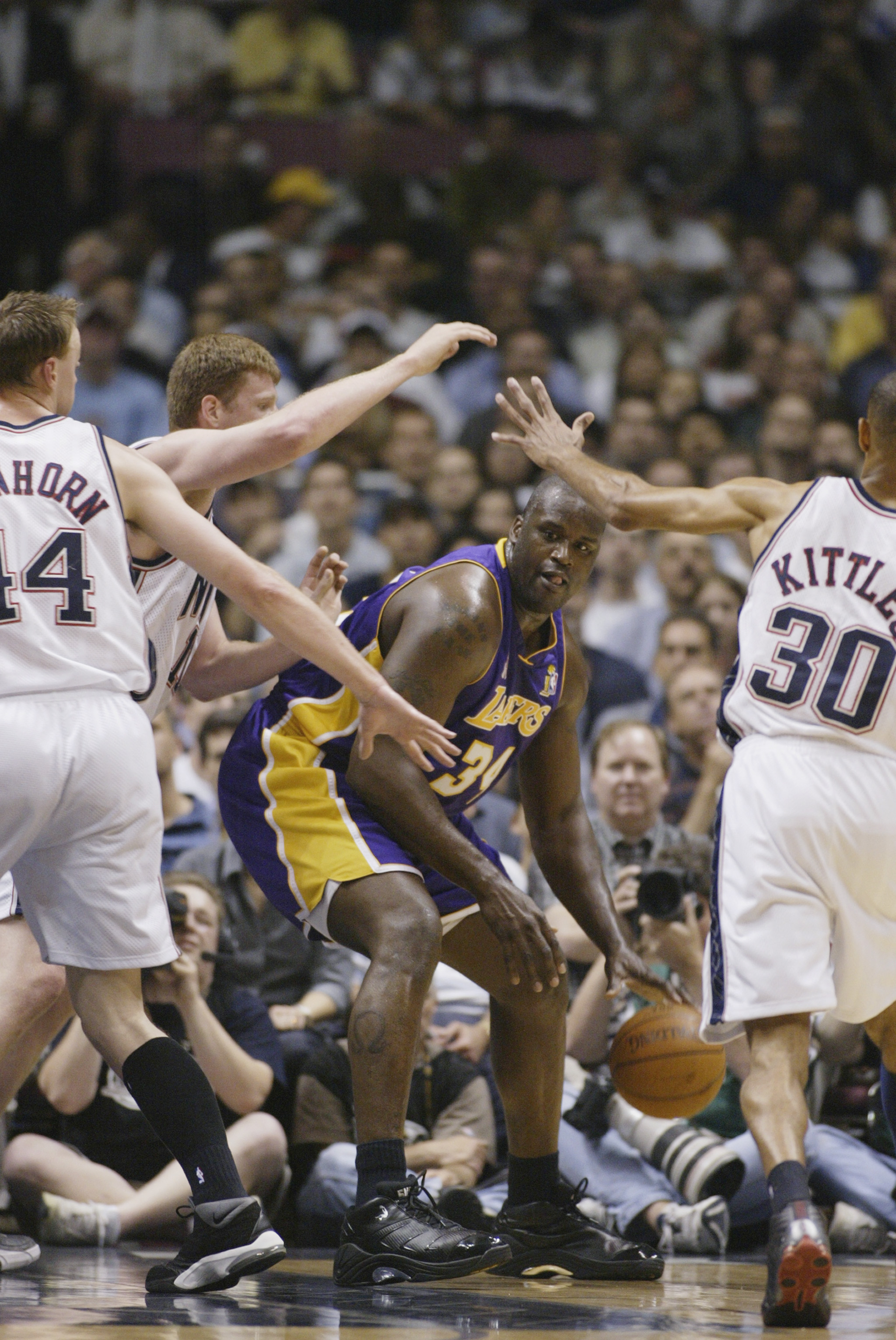 The Lake Show somehow lost this game even though Shaq had a monster game with 40 points in 39 minutes on a crazy hot 17-22 from the field and 6-9 from the line.

He threw in 11 rebounds, five assists, one steal and two blocks. 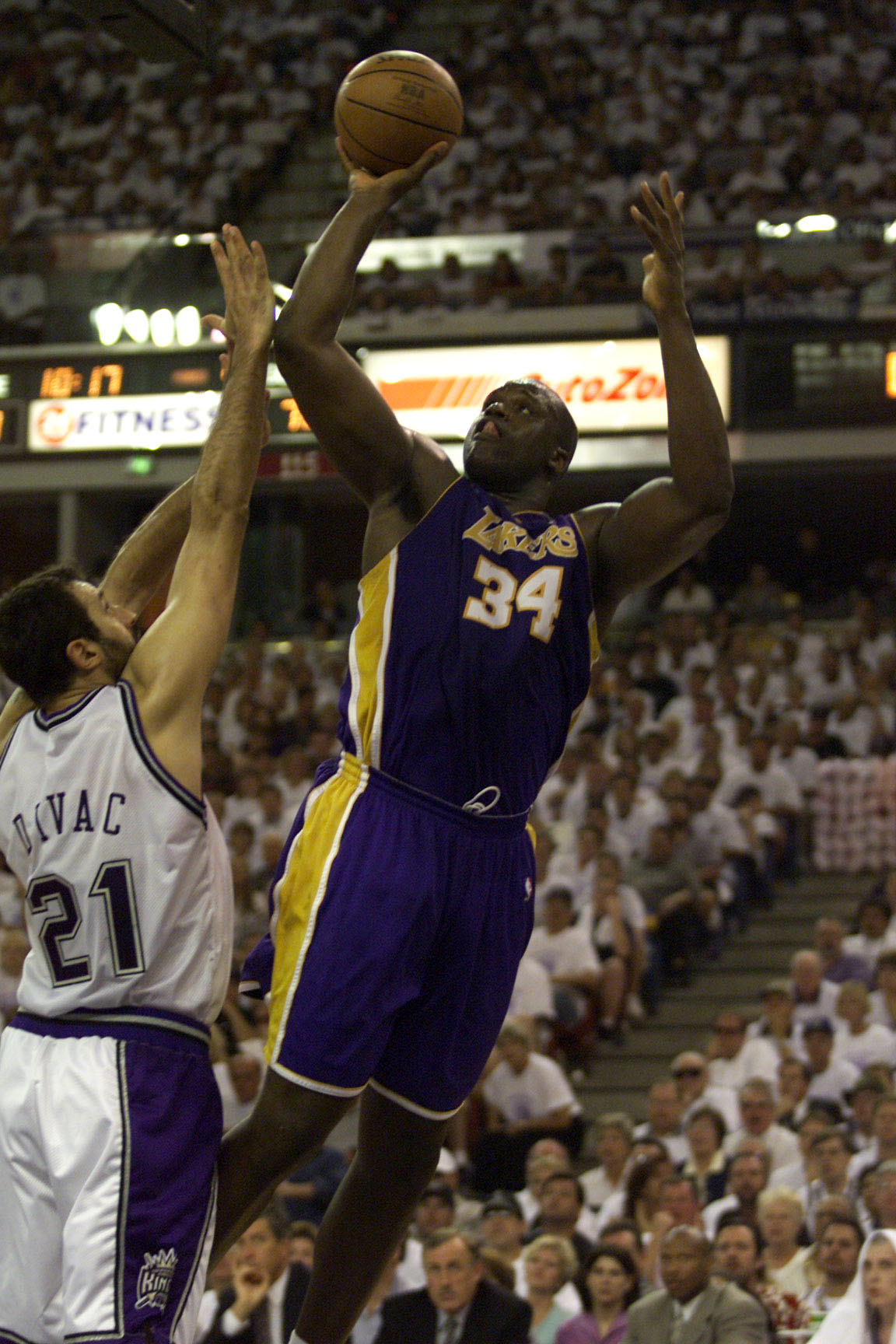 Shaq sent his first of many messages to Sacramento, that if they wanted to beat LA they had to stop him—they never could and they never did.

Shaq took LA to its first title since 1988 soon afterward. 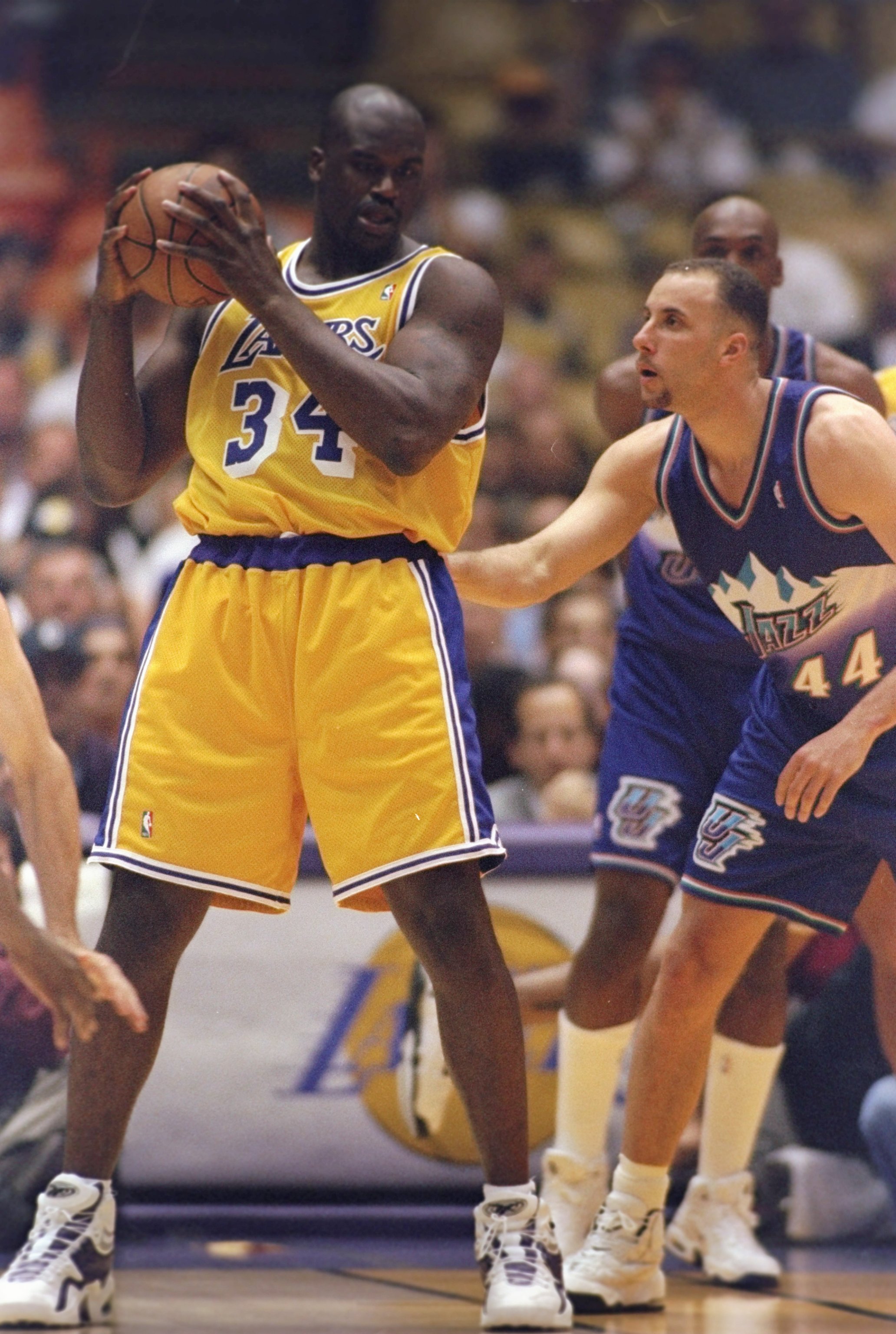 In this bone chilling win, Shaq dismantled the entire Seattle team through sheer intimidation and skill.

Shaq almost had a triple double, making 15-20 shots from the field and 9-12 free throws for 39 points in 37 minutes of action. He also added eight rebounds, seven assists and five blocks! 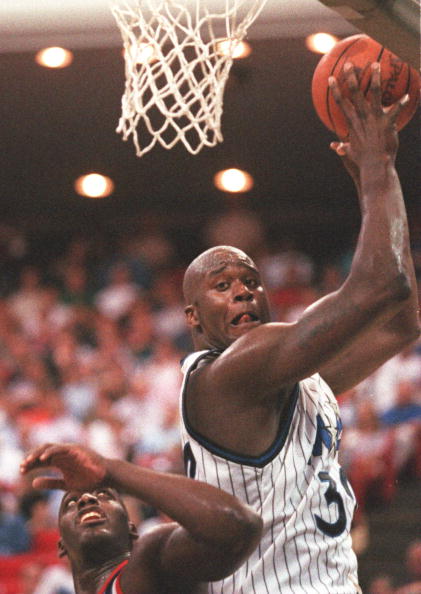 Seventeen years ago Shaq had an absolutely dominant game against Cleveland.

Half of the NBA's fans today are under 18—no wonder they do not recognize this man's level of greatness.

In this game Shaq scored 38 points, grabbed 15 boards, passed off for three assists, stole four balls and blocked three shots. He was 16-21 from the field and 6-10 from the line. Any questions? 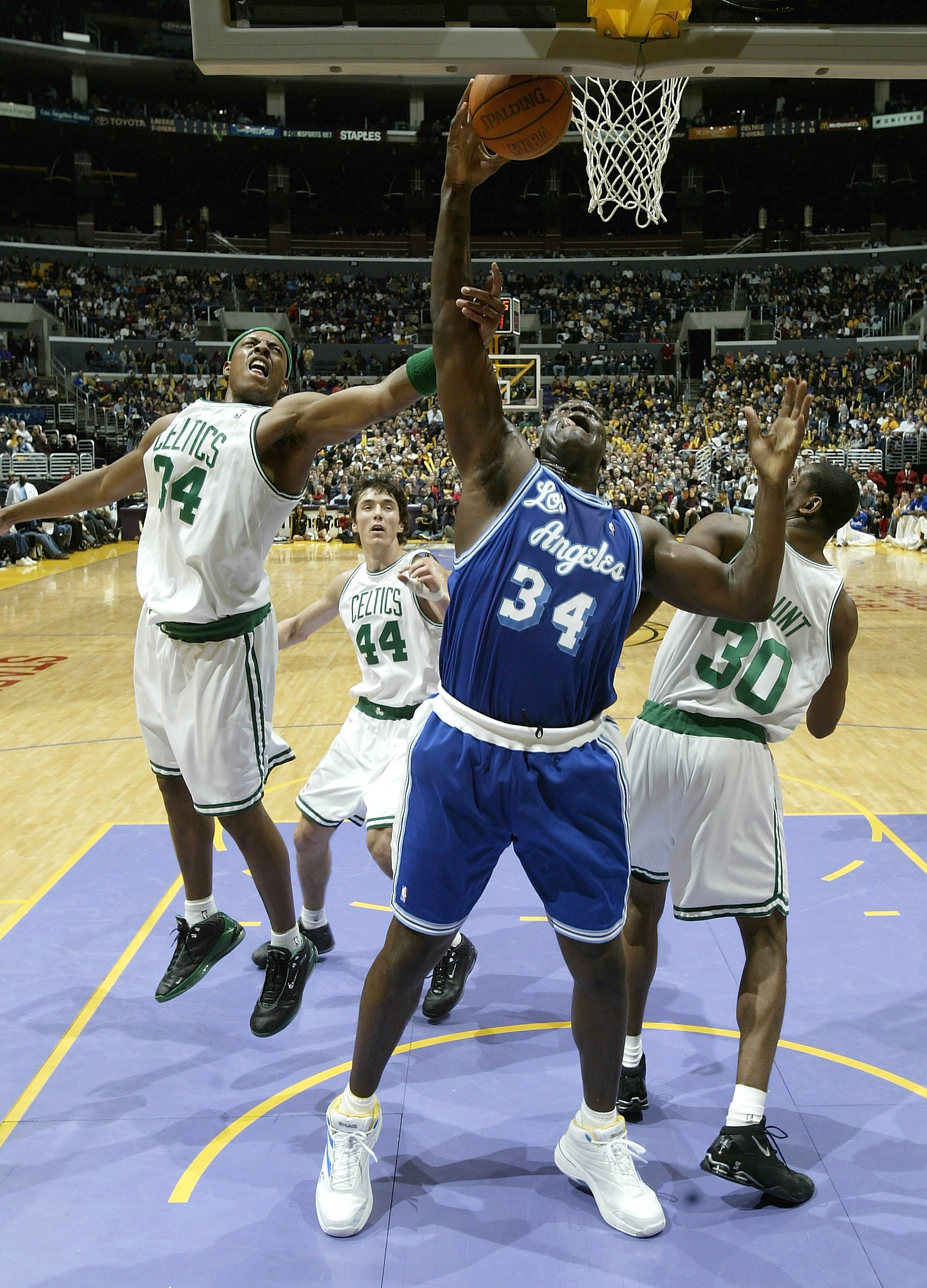 He added 20 rebounds, one assist, one steal and one block in the win.

Boston is glad he is on their side now. 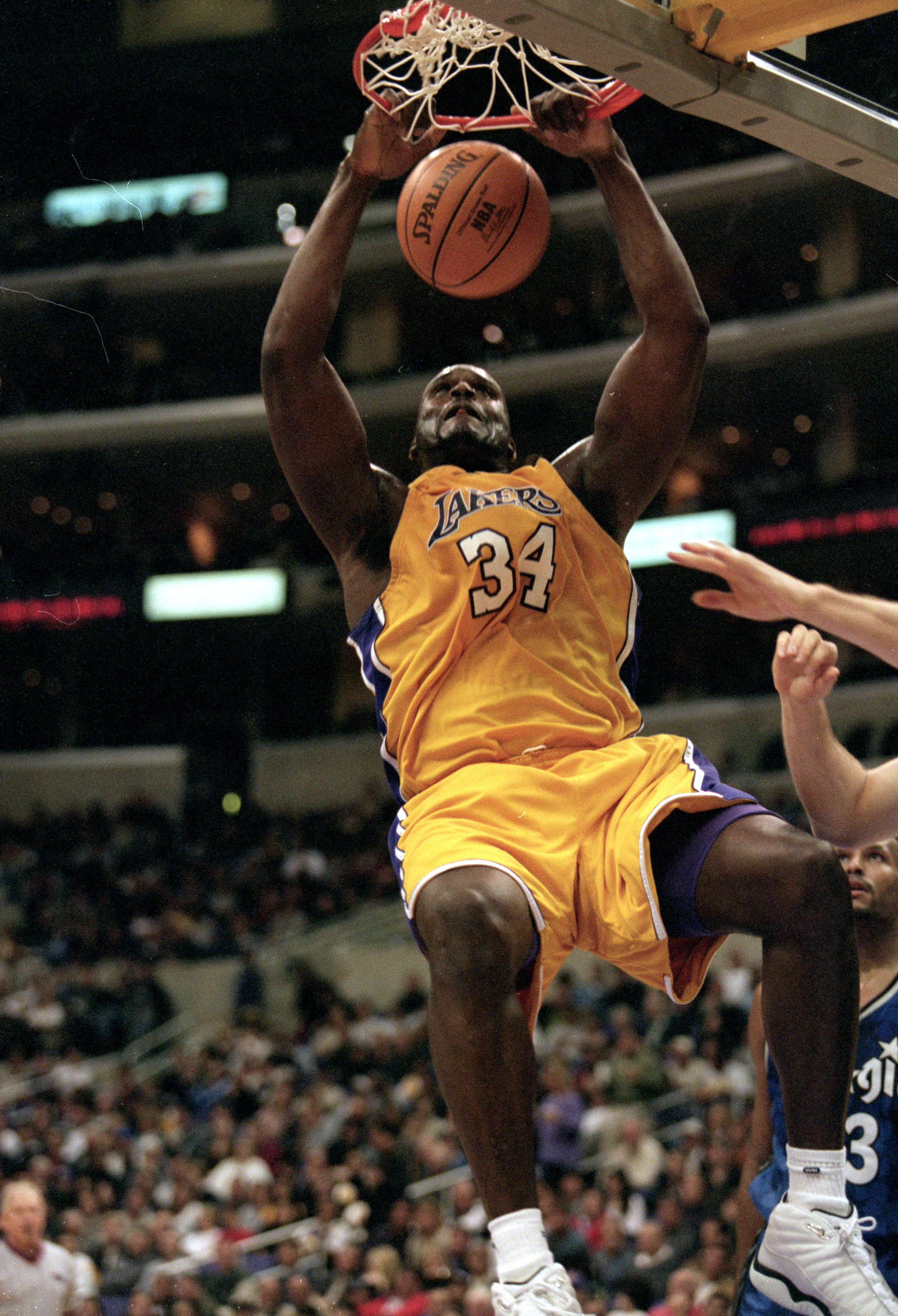 Jordan scored 64 points on Shaq the first time they ever met.

Shaq got his revenge on Chicago in 1999, but Michael was gone by then. Maybe he took his frustrations out when he had the chance, after Michael was already gone.

In this game Shaq abused the hapless Bulls for 41 points, 17 rebounds and seven blocks! He made 11-13 from the field and an outlandish 19-31 from the line. Can you say hack-a-Shaq? 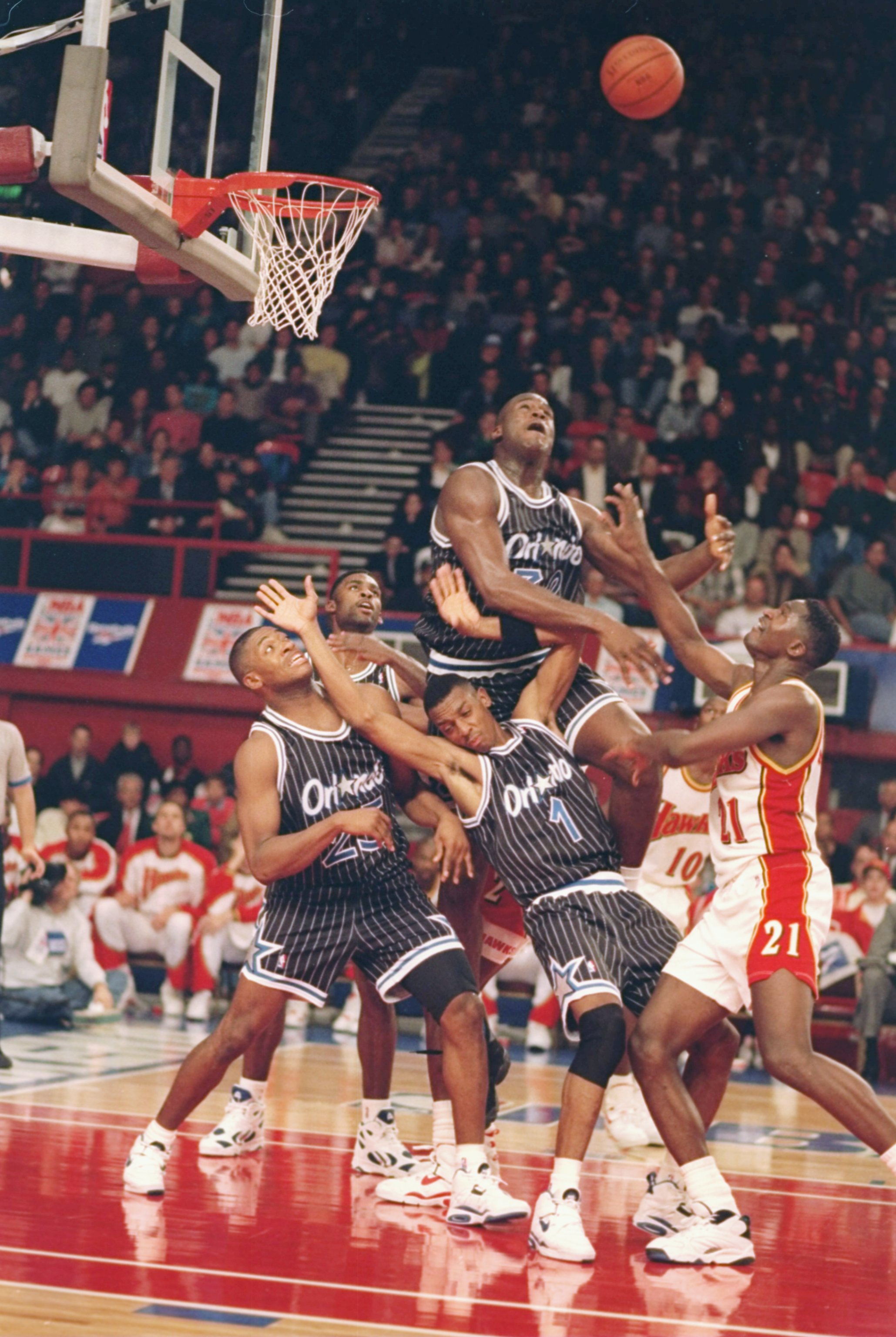 In his second season, Shaq sent an early message to the league with this 49 point, 11 rebound effort.

Indiana was hopeless to stop Shaq, but they somehow still won the game. Shaq made 17-25 from the field and was 15-18 from the line. 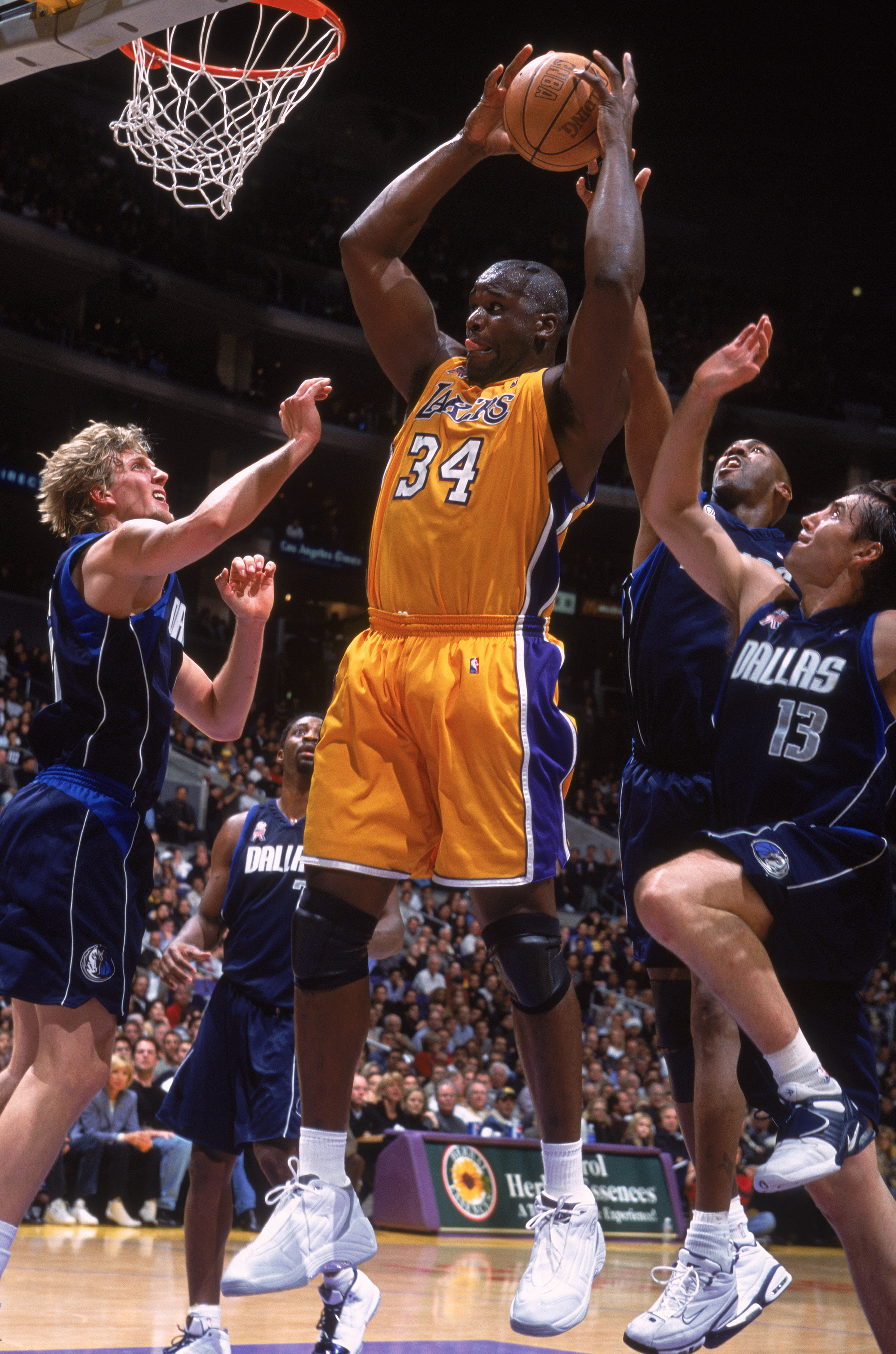 In only 38 minutes, Shaq put in 40 points, grabbed 17 rebounds, dished off for eight assists, stole it three times and had five blocks. He was more dominant in every facet of the game, than any star of the 2000's and this is proof. 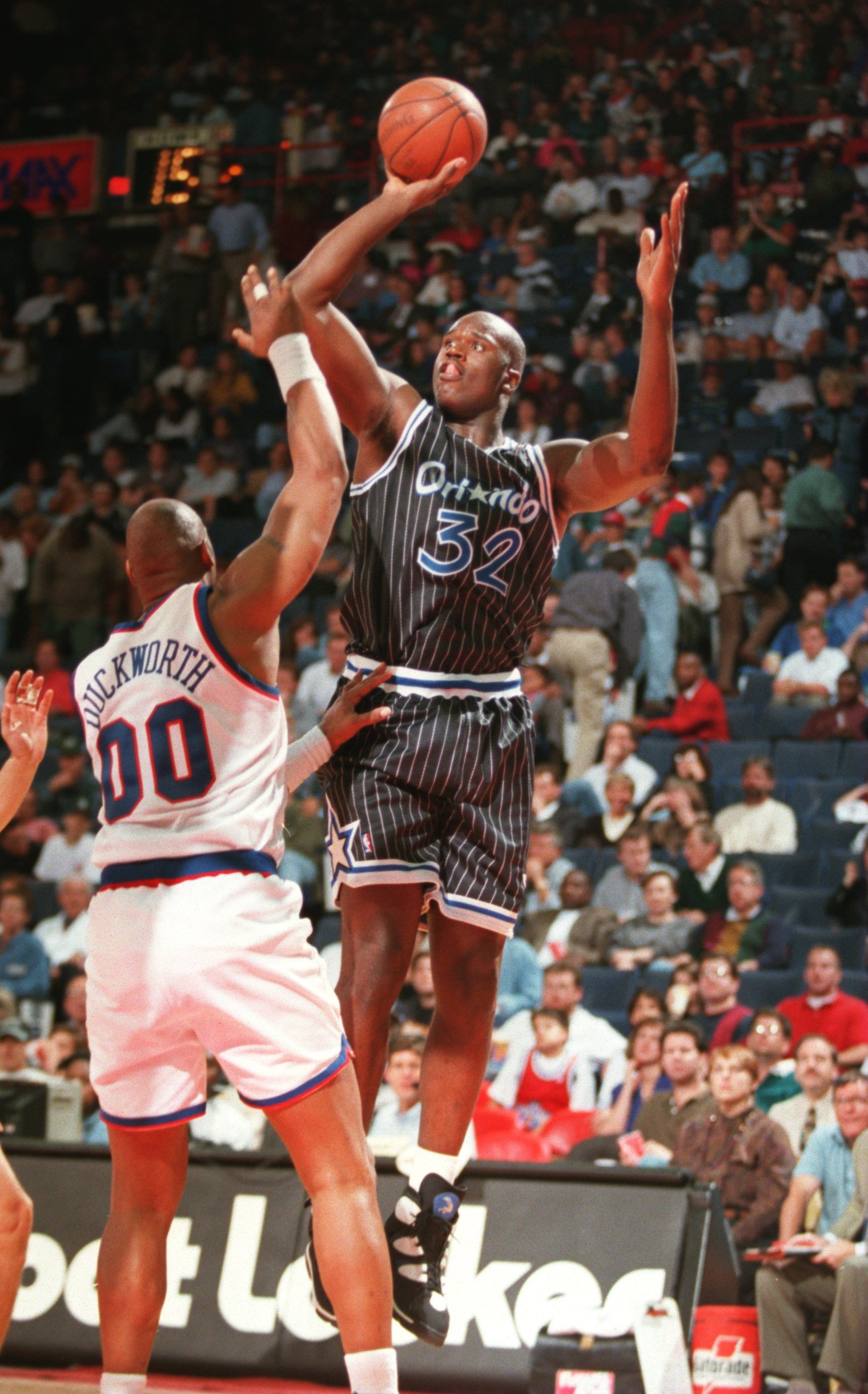 Again Shaq abused Seattle with 38 points, 20 rebounds, three assists, one steal and five blocks. He somehow made 16-19 shots and 6-7 from the line.

Never in his dreams could Kobe shoot this high of a percentage from the field and Duncan did not dominate in this fashion.

Shaq is sadly overlooked by fans today which is tragic, but he is the best of this generation. 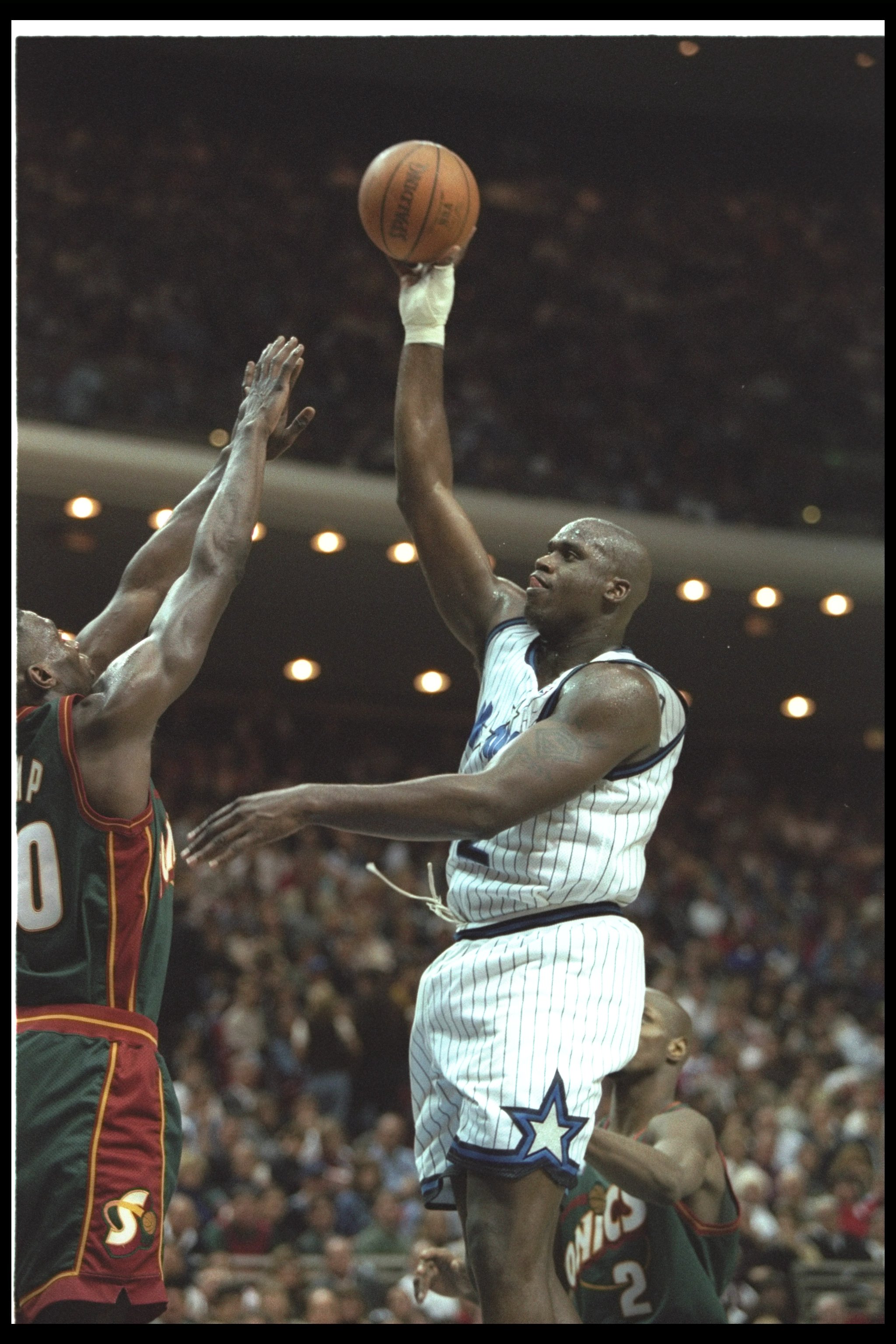 Sure enough, before Shaq got to LA he schooled the hell out of the Lakers, especially in this game.

Orlando beat LA as Shaq played 42 minutes and made an amazing 20-26 shots and 6-10 from the line. He added 11 rebounds, four assists, one steal and five blocks.

LA wanted this guy so they could win a title and they won three directly because of him. His supporting cast could have been almost anyone. 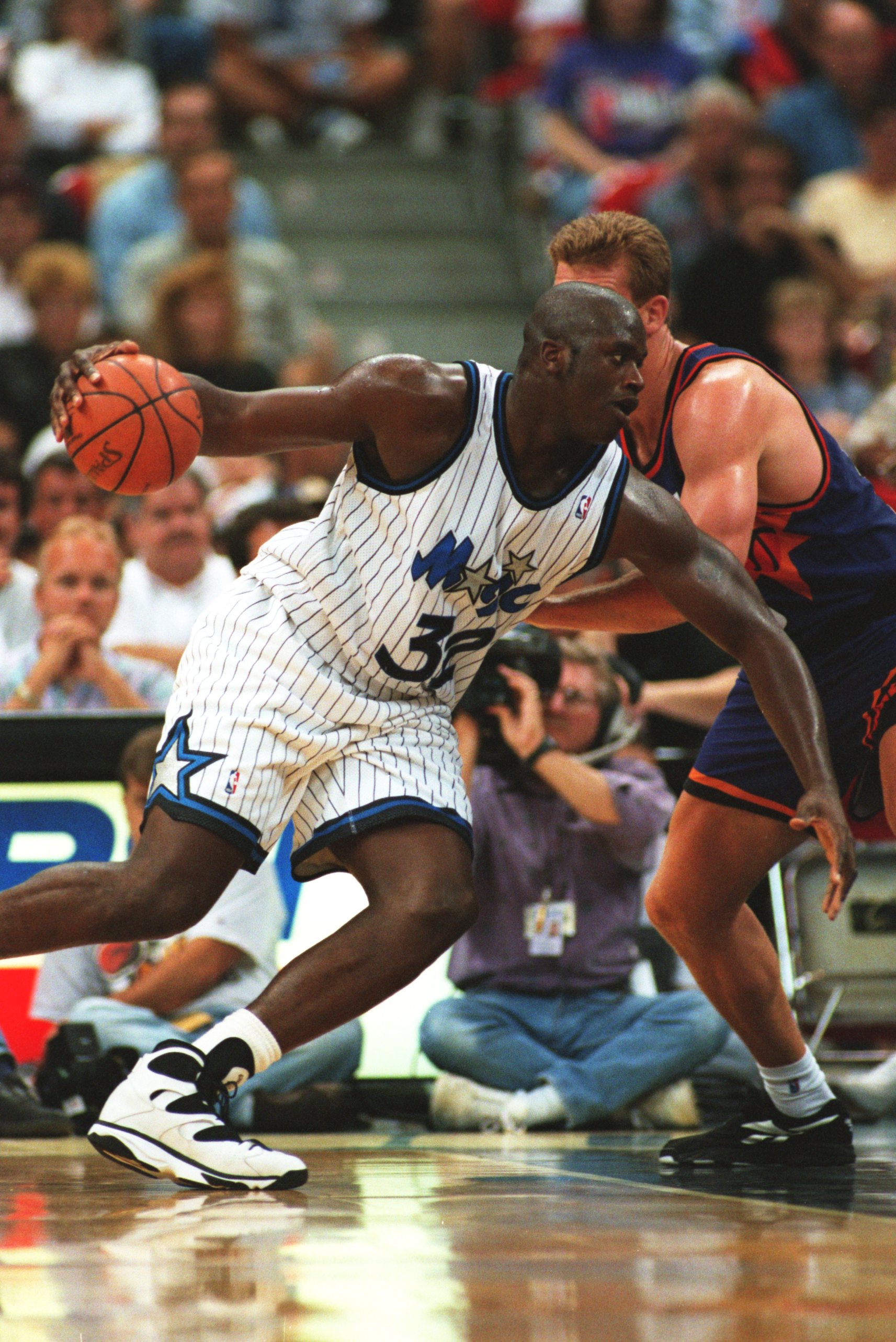 In this win Shaq went off for 46 points and 20 rebounds. Yes, you read that correctly! 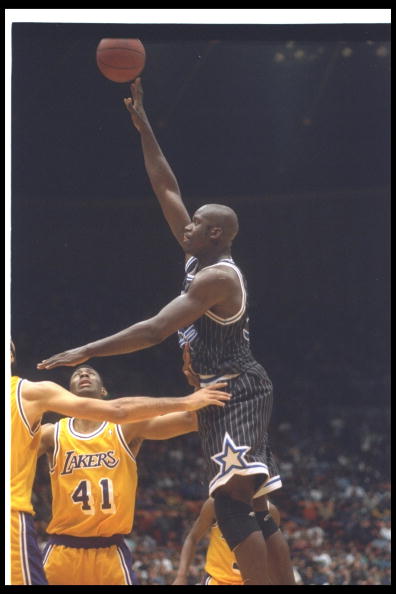 In only 36 minutes of action Shaq dismantled all of Minnesota's hopes of even trying to win this game.

Man, Shaq was way more unstoppable than people these days give him credit for, which is the reason behind this slideshow. 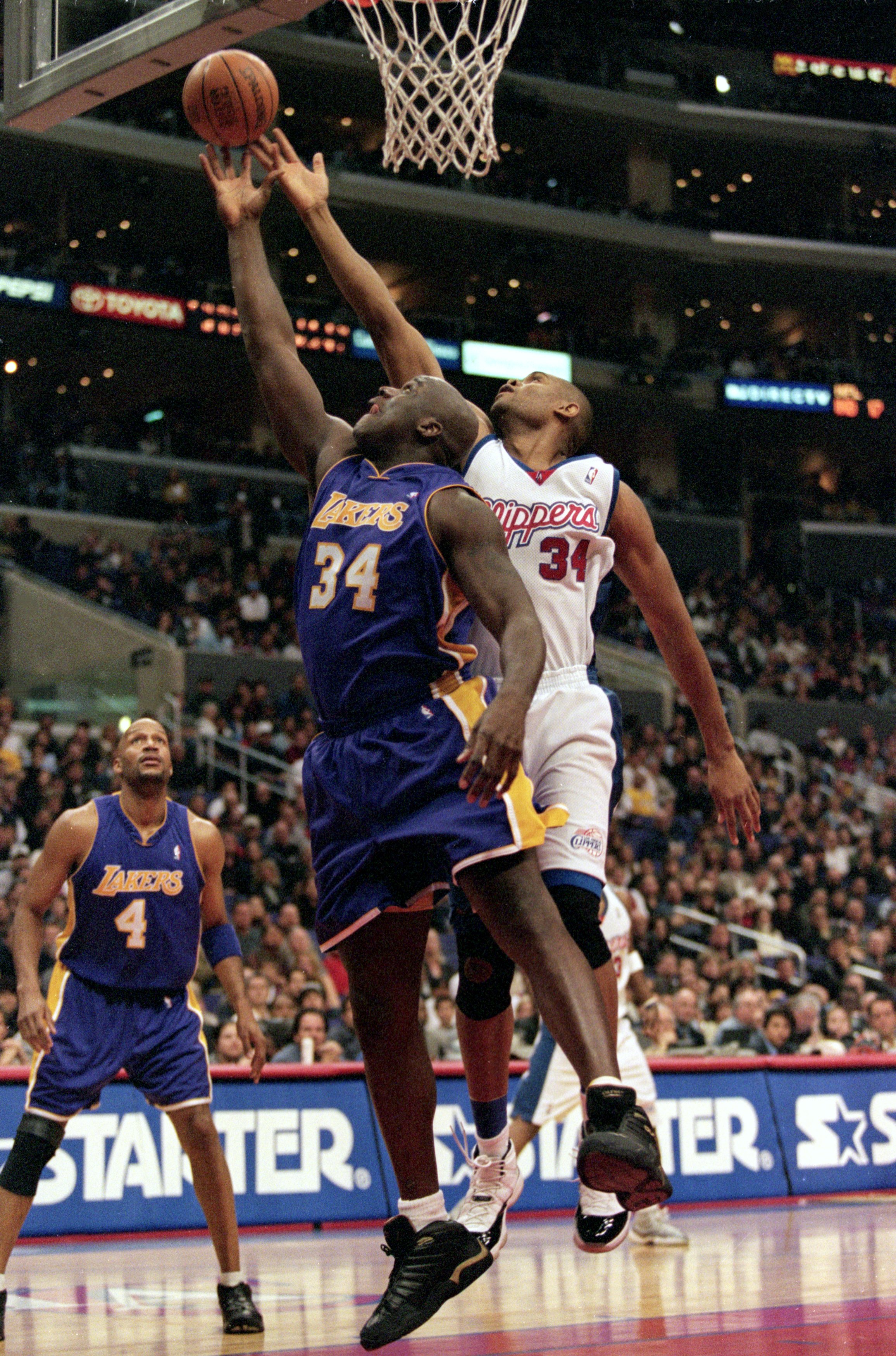 This is actually the most dominant Lakers performance of the last decade. Kobe's 81 points and one assist against Toronto is surpassed by Shaq's 61 points and 23 rebounds against the Clippers.

Both teams they played against sucked, but Shaq only took 35 shots to get there. He hit 24-35 and therefore only missed nine shots.

This was a comeback game too, as Shaq dieseled his way to an amazing and overlooked performance. But no matter what people try and say, it was never scoring that utterly defined Shaq because he made most of the shots he took. He didn't shoot 45 percent, he shot 59 percent, and that says a lot.

What defined Shaq was utter dominance, and no single player in the post-Jordan era dominated like Shaq, no matter what.

The truth may hurt as much as getting dunked on by Shaq, but it is still the truth. 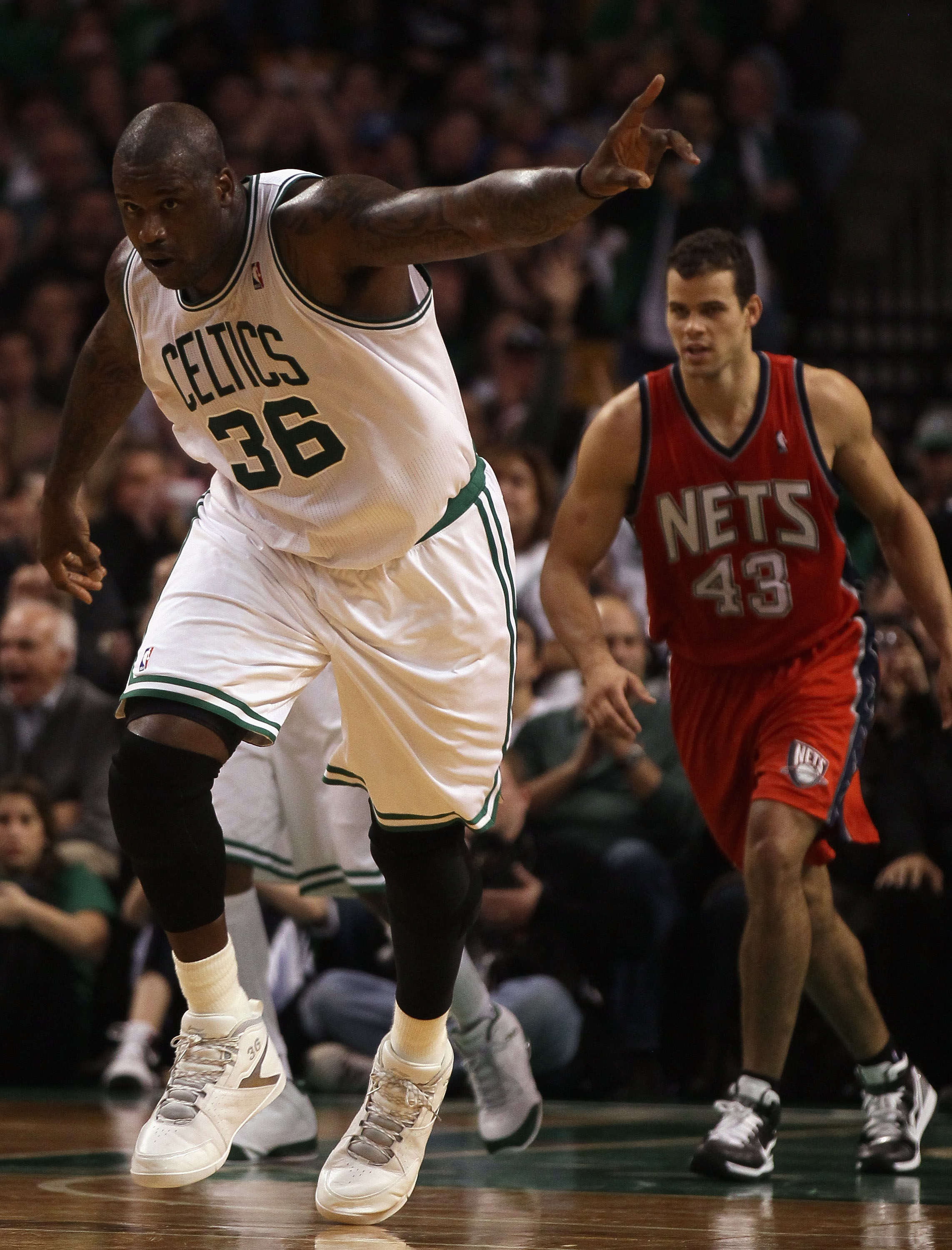 Appreciate Shaq while he is here, because he is one of the top 10 players of all-time. It is all about having BIG fundamentals!

Since Shaq came into the league in 1992 every single title team HAD TO have a dominant big man or two (except for all of Jordan's titles, but that is Michael Jordan, he did it anyway).