MLB 2010: Remembering Those We Lost This Year

Baseball lost many this year, some big names and some not-so-big.  Here is a farewell to some of the stars of the American Pastime who left us this year.

Starting with the biggest name of all...

Also known as "The Boss."

Best known for being himself (meddlesome, controversial, temperamental and rich) and for owning the New York Yankees, Steinbrenner was a larger-than-life fixture in baseball for the 37 years he owned the team.  There's little to tell about him that most baseball fans don't already know.

Many felt that Steinbrenner was one of the driving forces of the rampant escalation of baseball players' salaries.

During The Boss' tenure as the Yankees' owner, the team won 11 pennants and seven World Series championships.  He will appear on the 2011 Baseball Hall of Fame ballot. 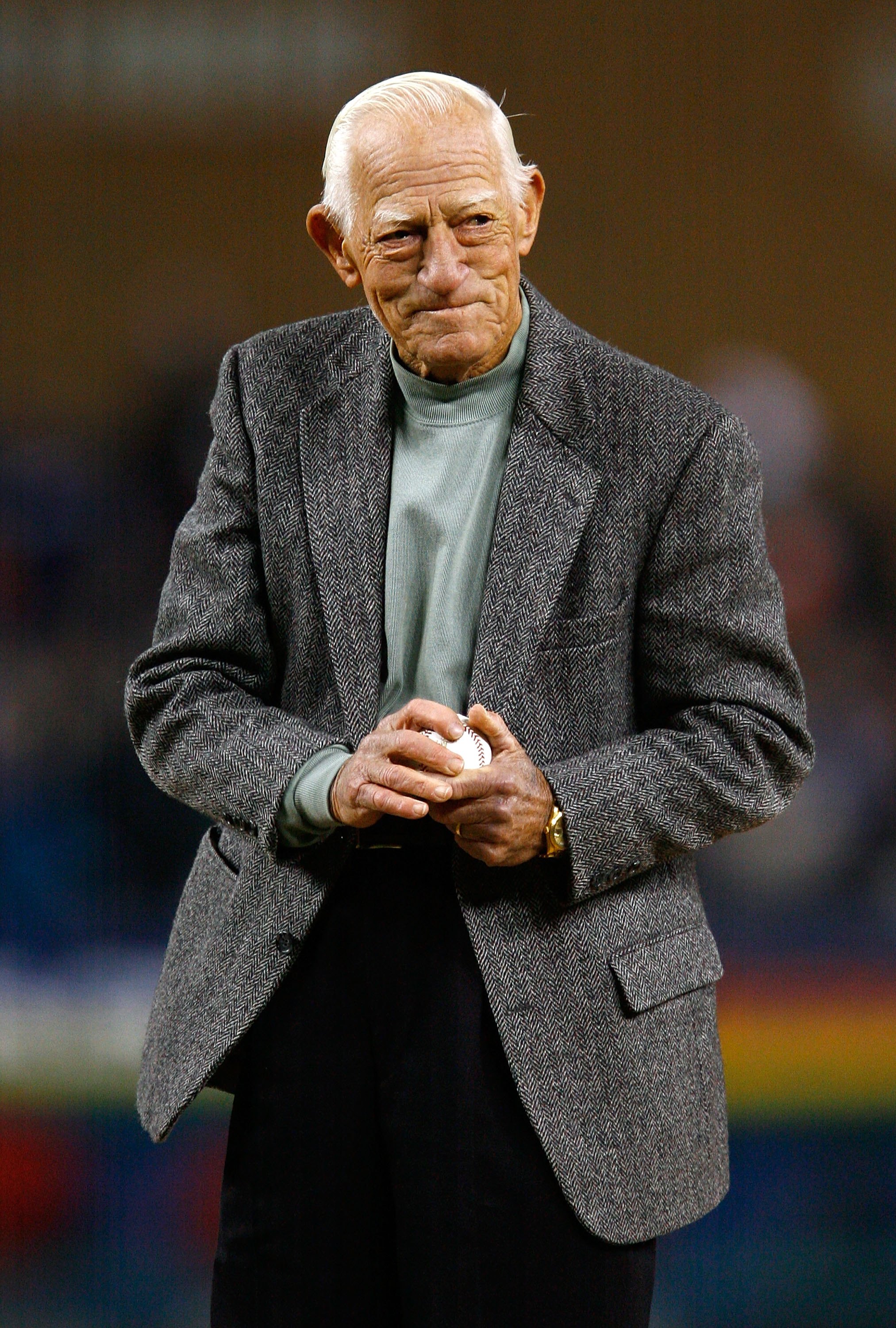 Inducted into Cooperstown in 2000, Sparky Anderson was the first baseball manager to win World Series championships in both the National and American leagues.

Anderson won his first and second championships in 1975 and 1976, both with the Cincinnati Reds.

His World Series win in the American League came in 1984 with the Detroit Tigers.

Anderson had a brief and uninspiring baseball career, playing mostly on Single-A, Double-A and Triple-A teams for several years.

Sparky's only full major league season was played in 1959 for the Philadelphia Phillies, where he played 152 games and batted just .218.

It was Jack Kent-Cooke, owner of the Triple-A Toronto Maple Leafs, who recognized Anderson's potential and started him out coaching in 1964.

The nickname "Sparky" was given to Anderson in 1955 by a radio announcer who used it to convey his feisty style of play.

Anderson retired from coaching in 1995, after the baseball strike of 1994. He had spent 26 years with the Tigers.

The controversy, rumors and stress of the season had apparently disillusioned him, and he said he told his wife, "If this is what the game has become, it don't need me no more."

Dave Niehaus was, from the first pitch thrown by someone in a Mariners uniform in 1977, until the day he left us, the only voice the Seattle Mariners ever had.

Niehaus broadcasted over 5,000 games for the Mariners, missing only 101 games in 33 years.

Niehaus was known for his catch phrases like "My, oh, my!" and "Get out the rye bread and mustard, Grandma, it is grand salami time!"

He won the Ford C. Frick award for sportscasting in 2008 and is the only Mariners representative currently in the Hall of Fame.

Considered one of the best ball players not inducted into the Hall of Fame, Ron Santo began playing baseball with the Chicago Cubs in 1959.

In 1972, when the Cubs decided to trade Santo to the California Angels, he became the first player to take advantage of the ten-and-five rule, declined to go to California and ended up being traded to the Chicago White Sox.

Santo retired from playing in 1974.

Santo began a second career, as a color commentator for WGN and the Cubs, in 1990. His enthusiasm for the Cubs and his emotional style of reporting were well known.

As a pitcher for the Army team during WWII, Hartung went 25-0, throwing an average 15 K's per game and batting .567

From 1947 to 1950, he was a pitcher, but the promise he'd shown in the Army never quite materialized in the majors and he played in the outfield for the last two years of his career.

A "Clint Hartung Award" is used to recognize the rookie pitcher of each decade who most fails to live up to his hype.  The award was created by Bill James in the Bill James Historical Abstract.

Number 16 on the American Sportscasters Association's list of the Top 50 Sportscasters of All Time, Harwell called baseball games for 55 years.  He was inducted into Cooperstown in 1981.

The only announcer in baseball history to be traded for a player, Harwell was brought over to the Brooklyn Dodgers in 1948 to serve as a substitute for the Dodgers' Red Barber, who was ill.

From 1948 to 1959, Harwell announced for the Dodgers, the New York Giants and the Boston Orioles.

30 years later, the Tigers and WGN fired Harwell for reasons that are still condemned, but he was brought back as part of a team (with Rick Rizzs and Bob Rathbun) in 1993.

From '93 to 2002, Harwell called Tigers games on radio and television, alternating between the mediums.

Harwell liked to begin every year's spring-training opener by quoting:

"For lo, the winter is past, the rain is over and gone; the flowers appear on the earth; the time of the singing of birds is come, and the voice of the turtle is heard in our land." (Song of Solomon 2:11 7 12) 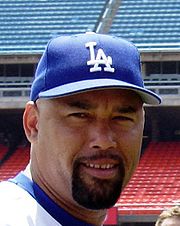 Lima played for the Detroit Tigers, the Houston Astros, Kansas City Royals, Los Angeles Dodgers and New York Mets during his career, often spending time in the minors in between those jobs.

Known for his flamboyant, often criticized, behavior on the field and for his love of singing, Lima also played baseball in the Golden Baseball League and for Korean Professional Baseball. 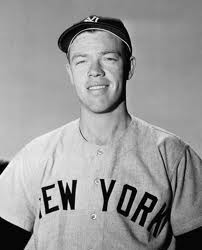 From 1951 to 1960, his entire career, McDougald played for the New York Yankees.  In that time, the Yankees won eight AL pennants and five World Series Championships.

When it appeared that the Yankees would allow McDougald to be included in the 1960 expansion draft, he retired from the game rather than risk being drafted by a west coast team, which was very likely. 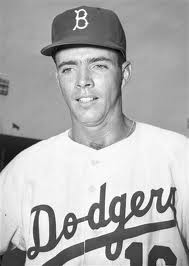 He went to Los Angeles with the Dodgers and pitched there for three more years, then spent time on the Yankees, Twins and Kansas City Athletics before retiring in 1962. 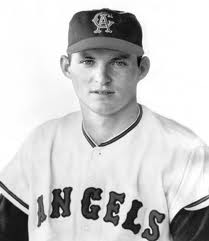 Also known as "Spanky," Kirkpatrick signed with the Angels at age 17 and played 16 seasons in the majors.

In addition to the Angels, Kirkpatrick played for the Kansas City Royals, the Pittsburgh Pirates, the Texas Rangers and the Milwaukee Brewers.

Alternately an outfielder, a first baseman and a catcher, he played his last game in 1977. 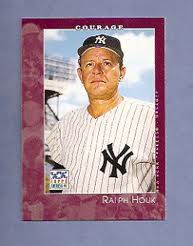 Nicknamed "The Major," Houk was best known as the successor to Yankees manager Casey Stengel.

Beginning in 1947, Houk had a limited and uneventful career in the major leagues, generally as the back-up catcher to Yogi Berra; he retired from playing in 1954.

In 1955, Houk became manager of the Yankees' Triple-A team in Denver and, after three years was sent back to Brooklyn to work under Stengel as a first base coach. In 1960, while Stengel was sick, Houk became acting team manager.

When the Yanks lost the series that year, Stengel was let go and replaced by Houk.

Known for his temper, and for arguing with umpires, Houk was ejected from 45 games during his managerial career.

In 1963, Houk went to the Yankees front office and Berra became the team's manager.

Born in Glasgow, Scotland, Thomson was nicknamed "The Flying Scot."

Thomson signed with the New York Giants right out of high school in 1942, then left in December of that year for the Army, where his time of service was all in the US.

Thomson's 1947 rookie season was excellent, and he went on to play for various teams until 1963, when he retired from baseball.

Thomson is best known, however, for hitting "The Shot Heard 'Round the World." Thomson's home run off Dodgers' pitcher Ralph Branca sent the Giants to the World Series, where they lost to the Yankees. 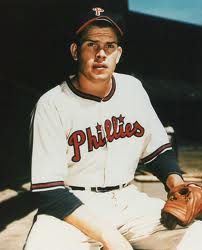 Inducted into the Hall of Fame in 1976, Roberts played nearly all of his career with the Phillies. His number 36 jersey was the first one the team ever retired, which they did in 1962.

As a pitcher, he was instrumental in Philadelphia's winning of the pennant in 1950, the first time they'd done it in 35 years.

Roberts had six  20-game win seasons in a row, and once threw 28 consecutive, complete games. Roberts didn't ever walk more than 77 batters in any one season during his career.

A seven-time All Star and ranked 28th on the list of all-time winning pitchers, Roberts is also the co-author of two books on baseball; The Whiz Kids and the 1950 Pennant (1966) and My Life in Baseball (2003).

...and One Who Never Got To Play With The Big Boys 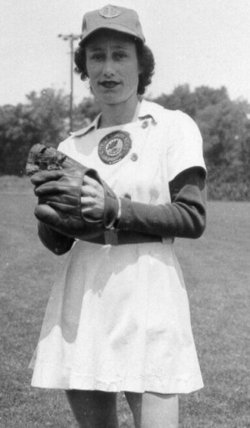 Serving as the inspiration behind the main character, Dottie Hinson, in the film A League of Their Own, Kamenshek played ten seasons in the All American Girls Professional Baseball League.

Selected as a league All-Star seven times during her career, Kamenshek was the league's top batter twice, in 1946 and 1947, and struck out only 81 times in her 3,736 at bats.

Considered one of the best athletes of her time, Kamenshek left baseball in 1952, and is a part of the AAGPBL's permanent display in Cooperstown.