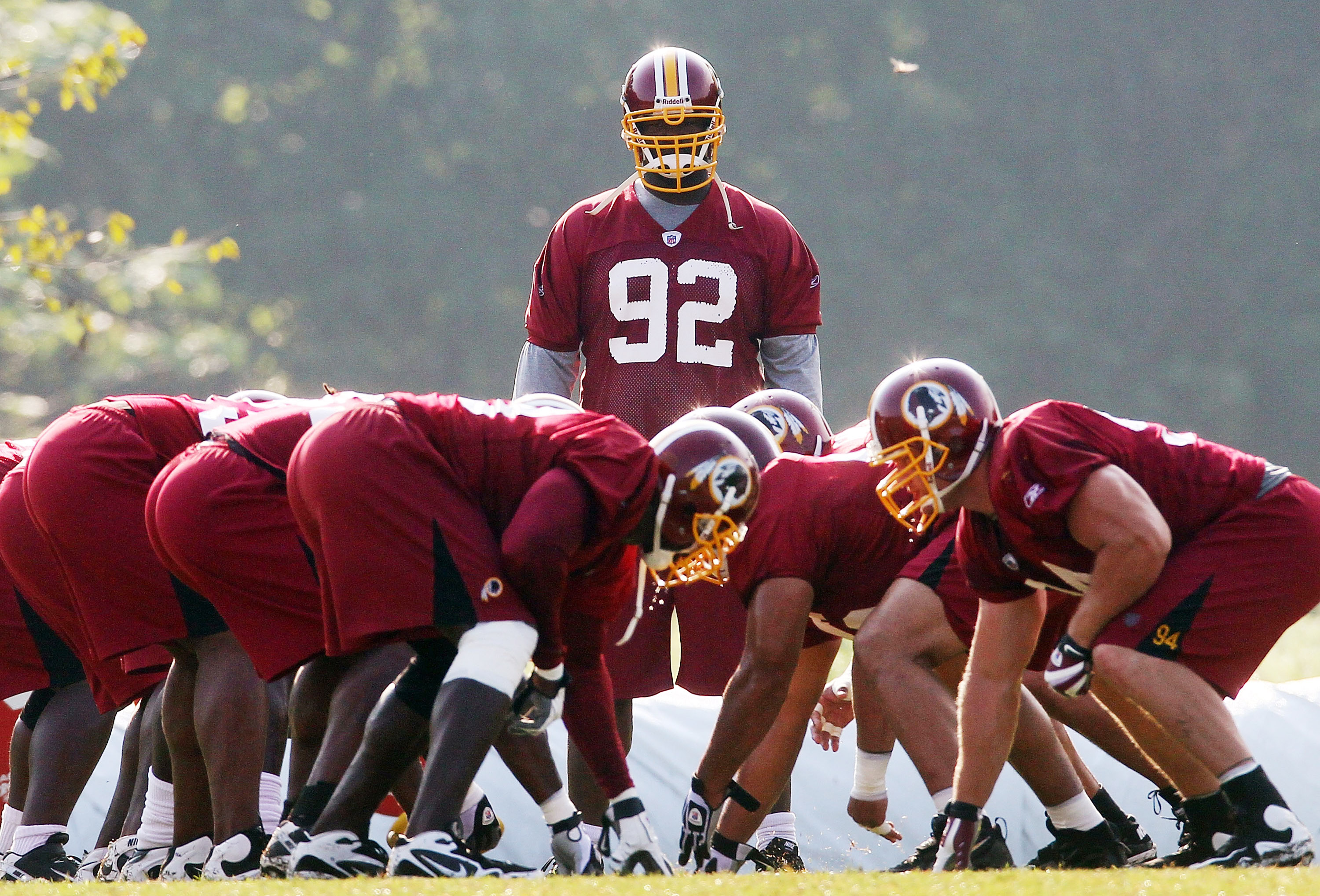 With Redskins park turning into a daily soap opera it is time to look back at the once proud Washington Redskins organization and see how many huge "whoops" moments there have been since Daniel Snyder purchased the team in May 1999.

Albert Haynesworth received one of the richest contracts in NFL history, not just Redskins history, and has produced exactly zero for this team.

Here is my list for the top 10 screw up signings including players and coaches by the Redskins since May 1999. 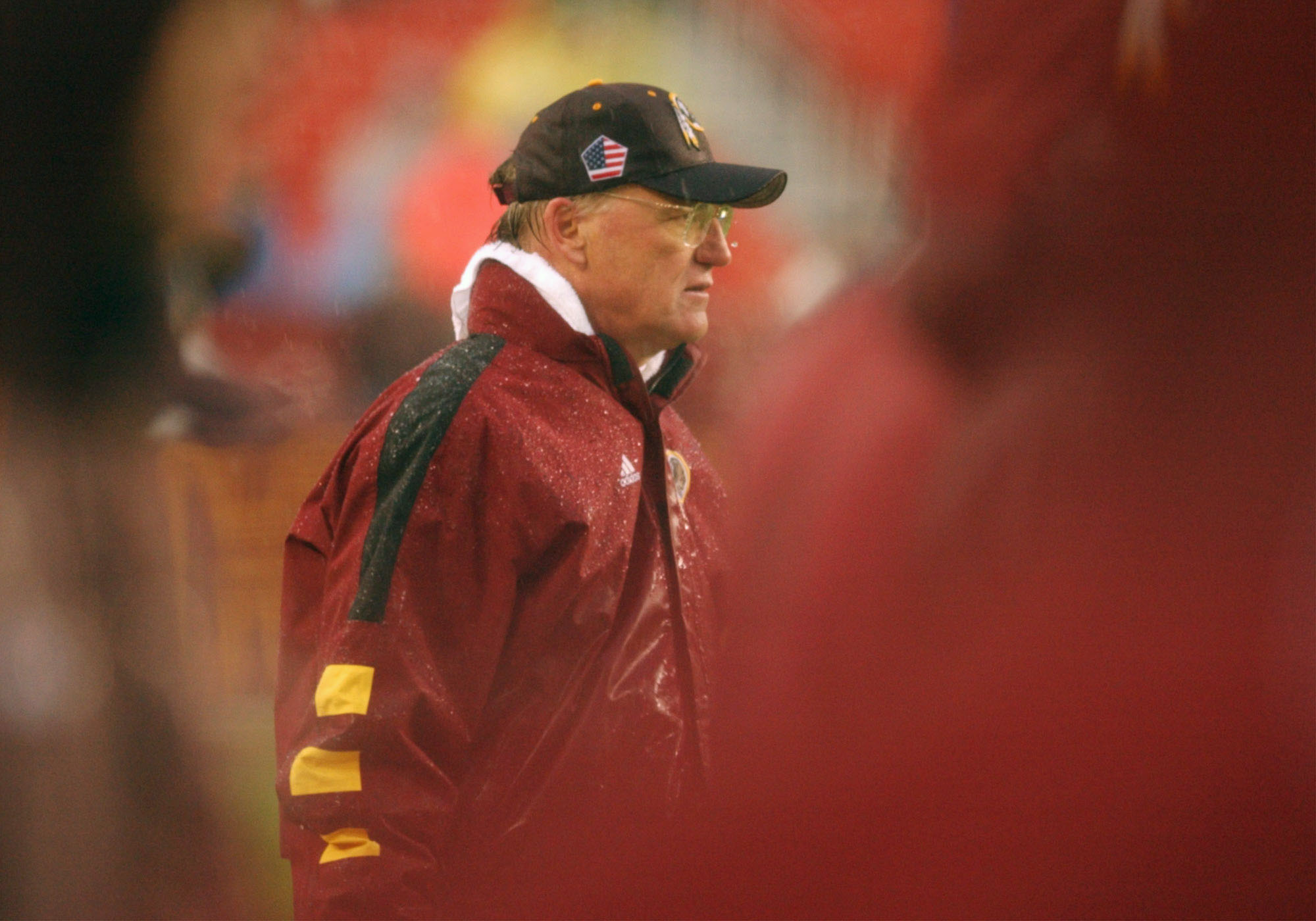 Hired in 2000, Marty Schottenheimer signed a four-year, $10 million contract to become the head coach of a team with the NFL's highest payroll.

After starting the season 0-5, Schottenheimer and the Skins finished the season 8-8.

He was released following his only season in Washington due to disagreements between management and himself, some speculate it was over Schottenheimer's struggle for power. 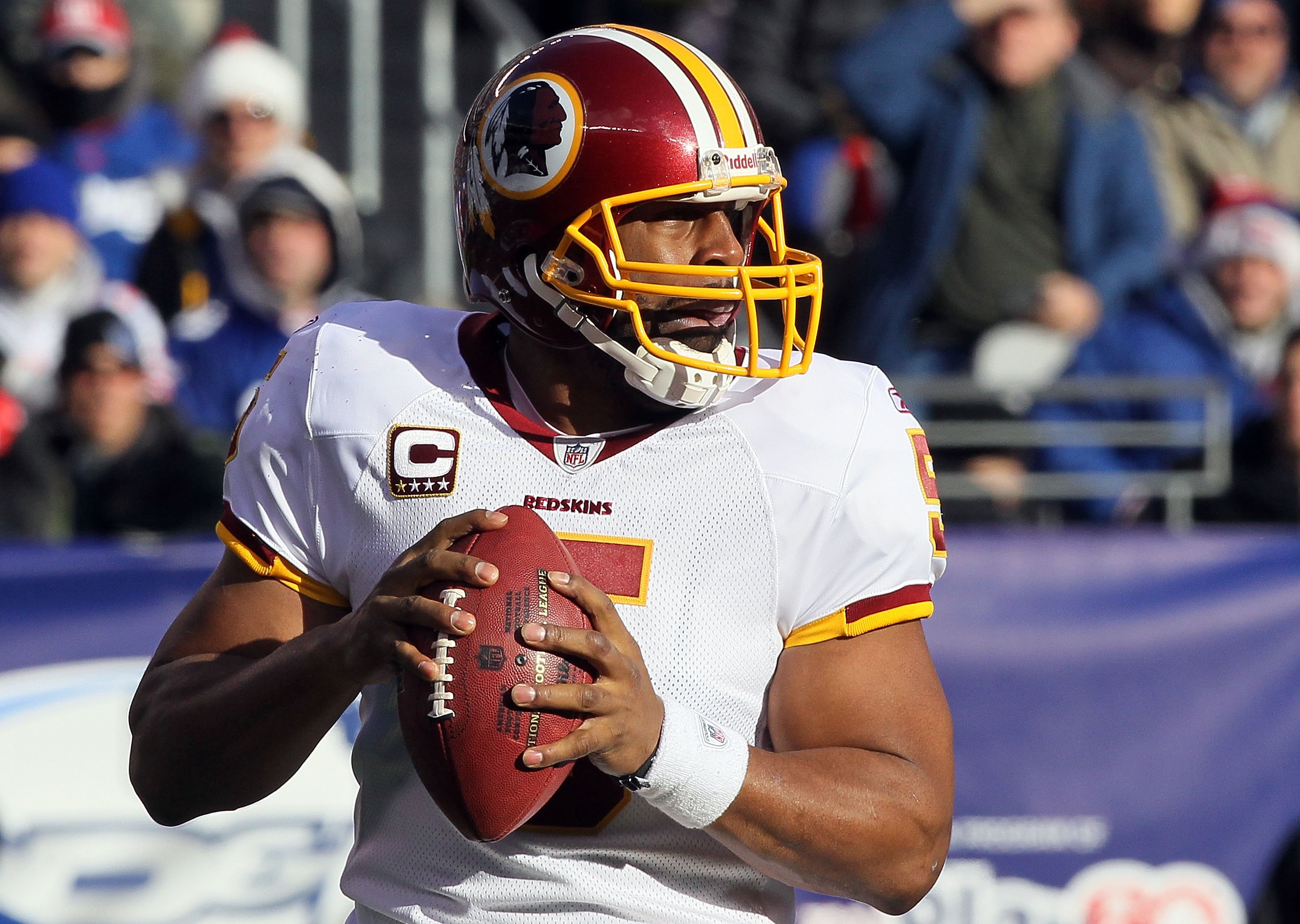 I still think the contract that McNabb was given was extreme and ridiculous.

If he is cut after the end of the season he will make just $3.75 million but if he is not cut then he is guaranteed $23 million.

McNabb, who just turned 34, makes it a rare point to complete an entire season without being injured.

He has a dynamic personality and is a great influence on players in the locker room, but at his age and quickly limiting mobility, not to mention horrible offensive line, McNabb may quickly become one of the highest paid injured reserve residents. 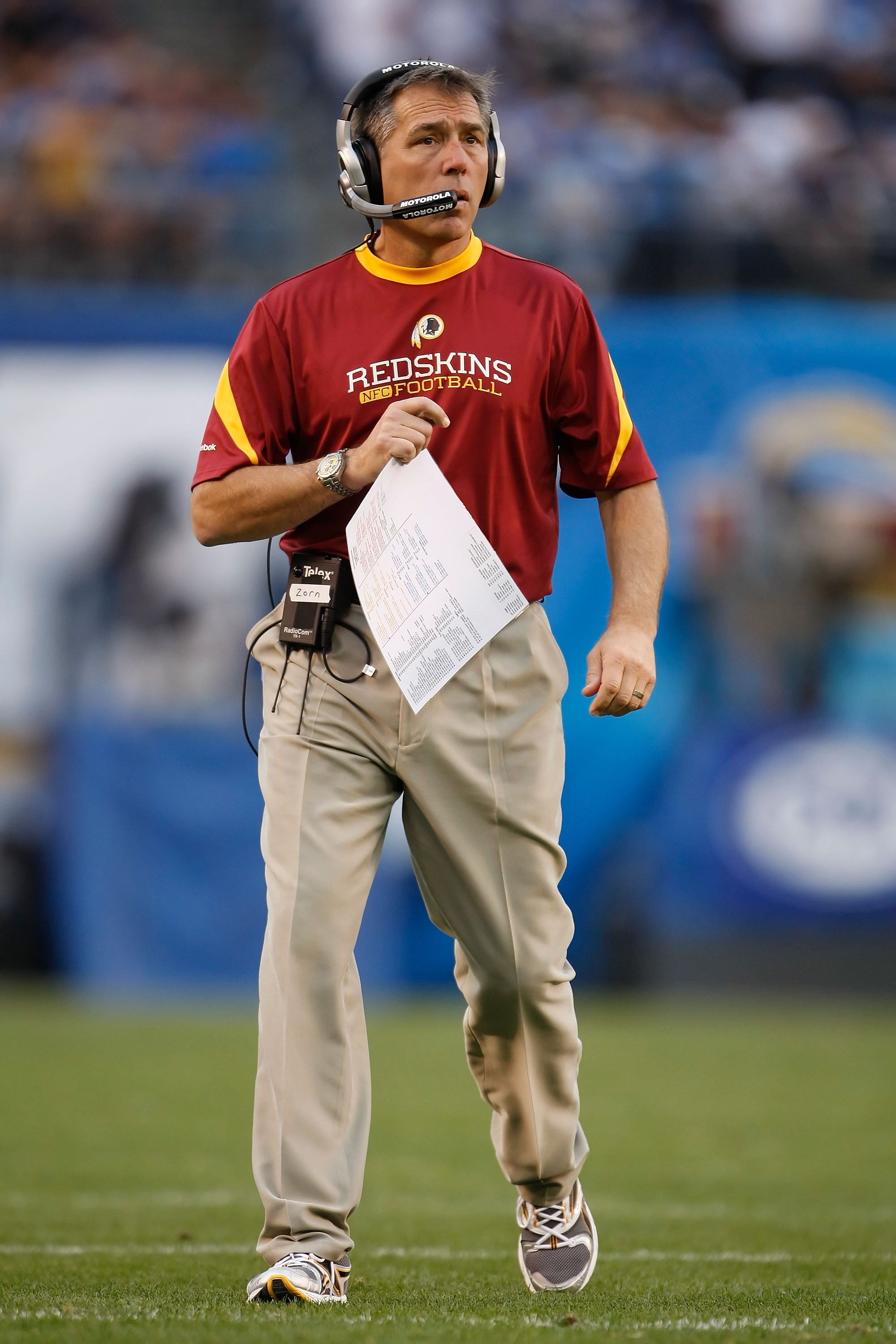 Here is another coaching mistake of the Daniel Snyder era.

Some consider the hiring of Jim Zorn over other candidates such as Jim Fassel and Brian Billick one of the worst mistakes in recent memory.

Zorn's first eight games got off to a great start...then it was downhill from there.

After two seasons, Zorn finished with a 12-20 record. He was fired after coaching only two years of his five-year, $15 million dollar contract. 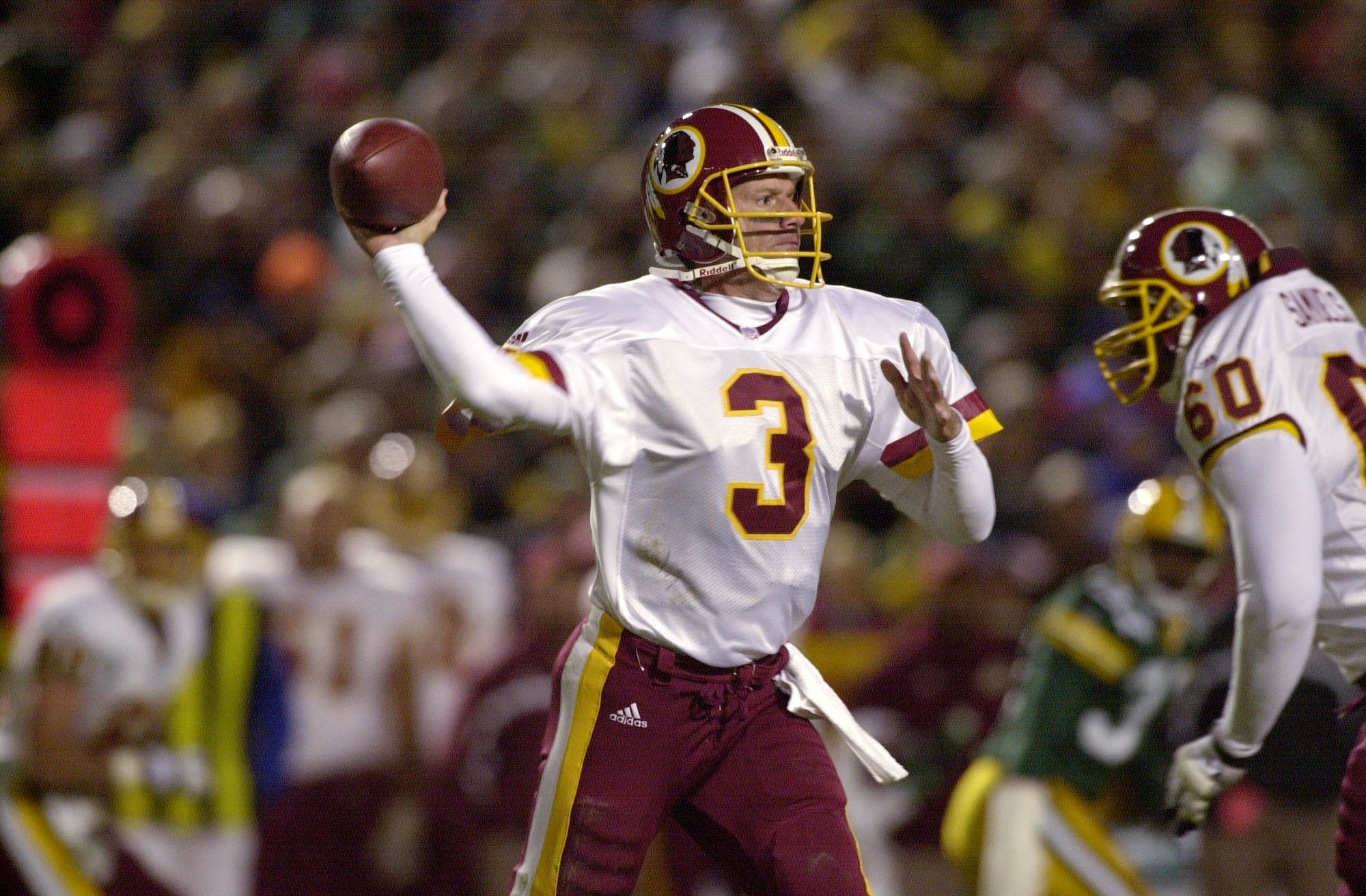 Jeff George was brought to Washington after many good seasons in Indianapolis, Atlanta and Oakland.

George played in eight games as a Redskin, starting only seven and recording a 1-6 record as a starter.

On top of not being able to move within three steps outside the pocket, George was slowly being shopped by the Redskins before ending his career after the 2001 season.

George signed a four-year, $18 million dollar contract but only played for two years of it. 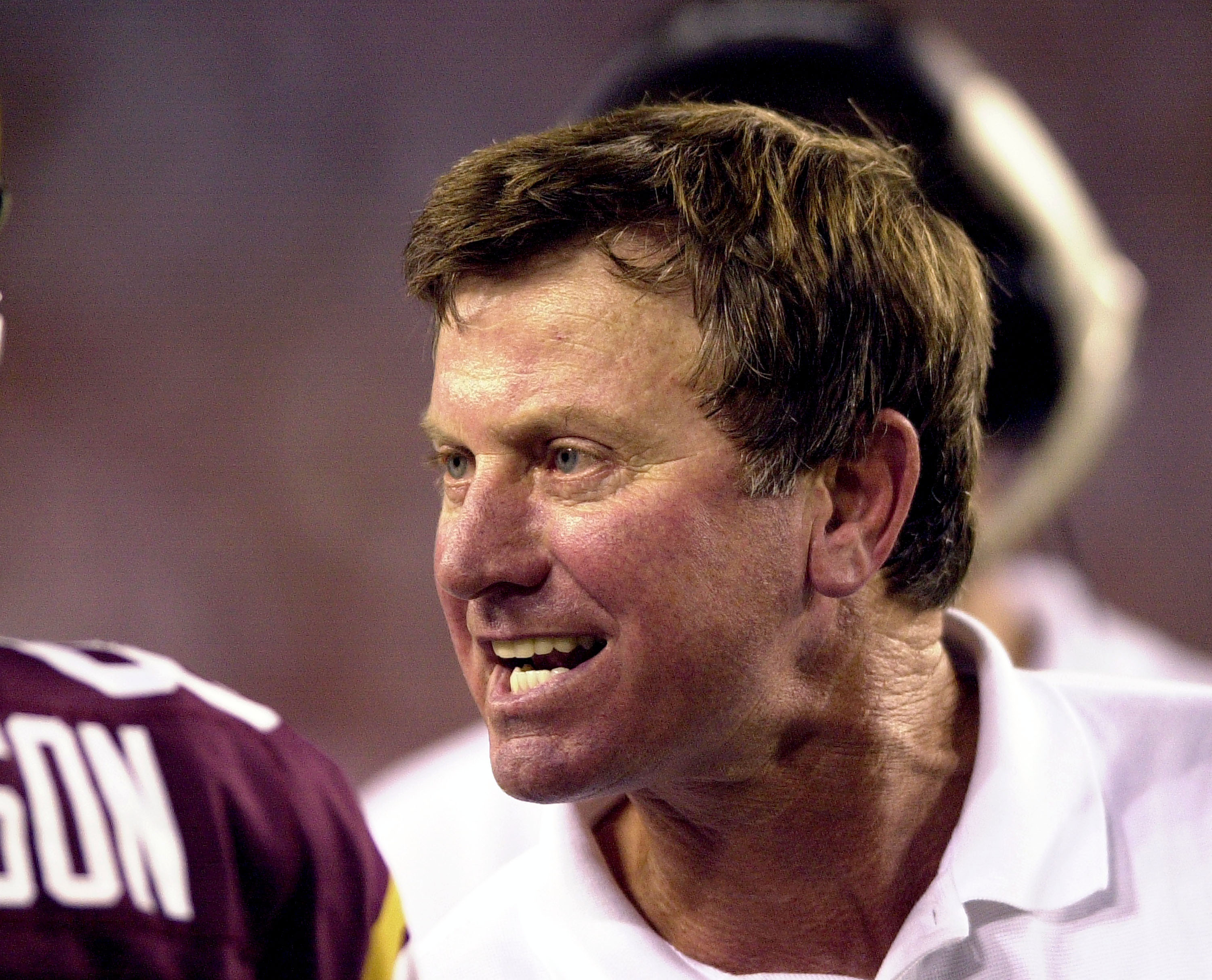 The "Ol' Ball Coach" was brought to D.C. with one of the richest contracts ever given to a football coach— five-years, $25 million.

Spurrier finished with the same record as Jim Zorn, 12-20 in two seasons.

His high paid success, or lack there of, was not welcome by the Redskins fans and he was fired. His firing led to one of the largest splashes of the offseason in 2004 when Daniel Snyder hired legendary Joe Gibbs for his second term in Washington. 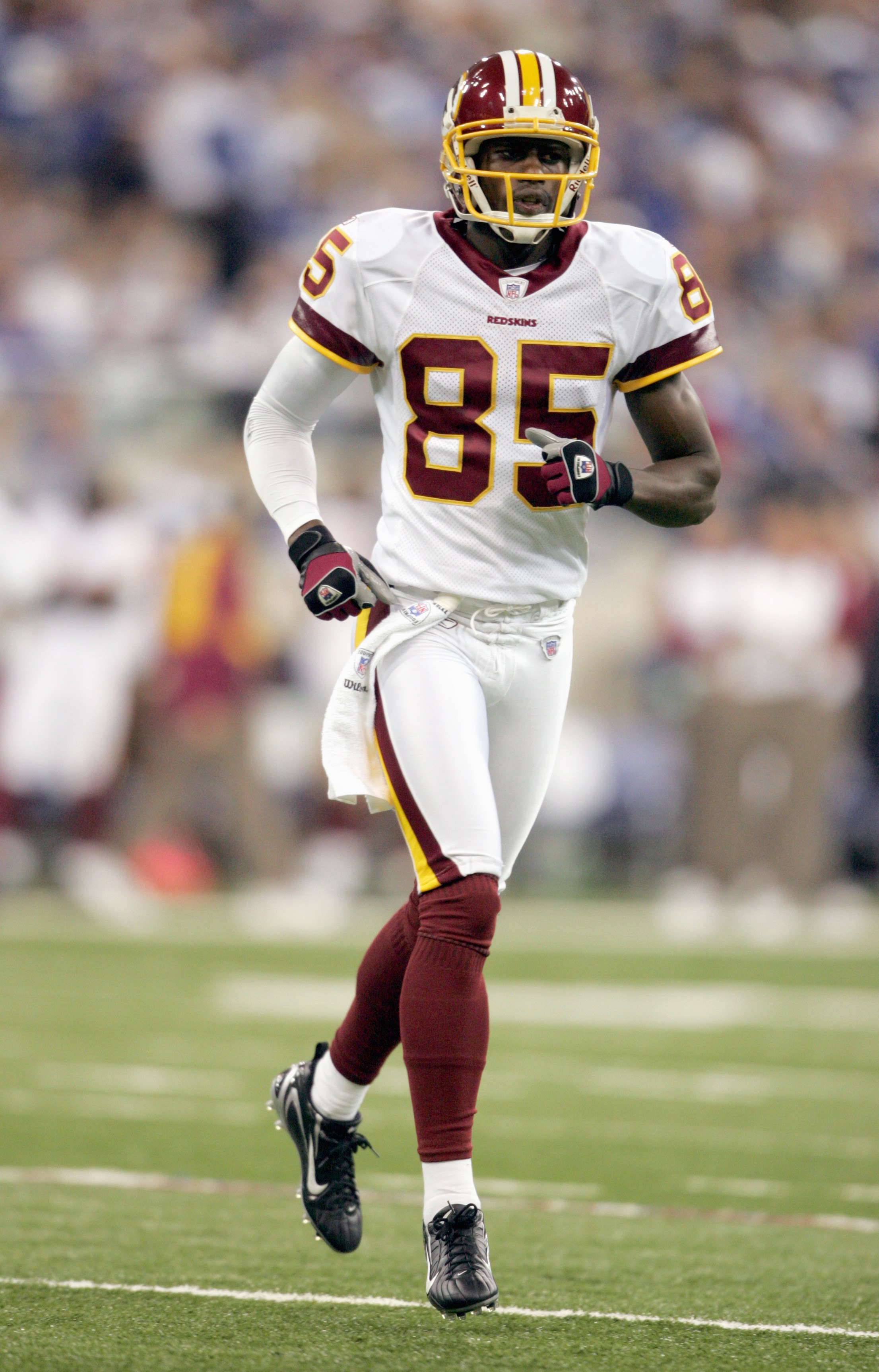 Brandon Lloyd was a talented wide receiver that was known to be a "cancer" in the locker room in San Francisco.

Even though he had some issues, the Redskins decided to sign him to a seven-year, $35 million deal with $10 million in guaranteed bonus money.

Lloyd had only 25 catches, 405 yards and zero touchdowns in only two seasons with Washington.

Lloyd went on to play briefly with some mild success in Chicago and a rocky start in Denver.

The 2010 season has brought him great success including leading the NFL in receiving yards and being a top fantasy football contributor. 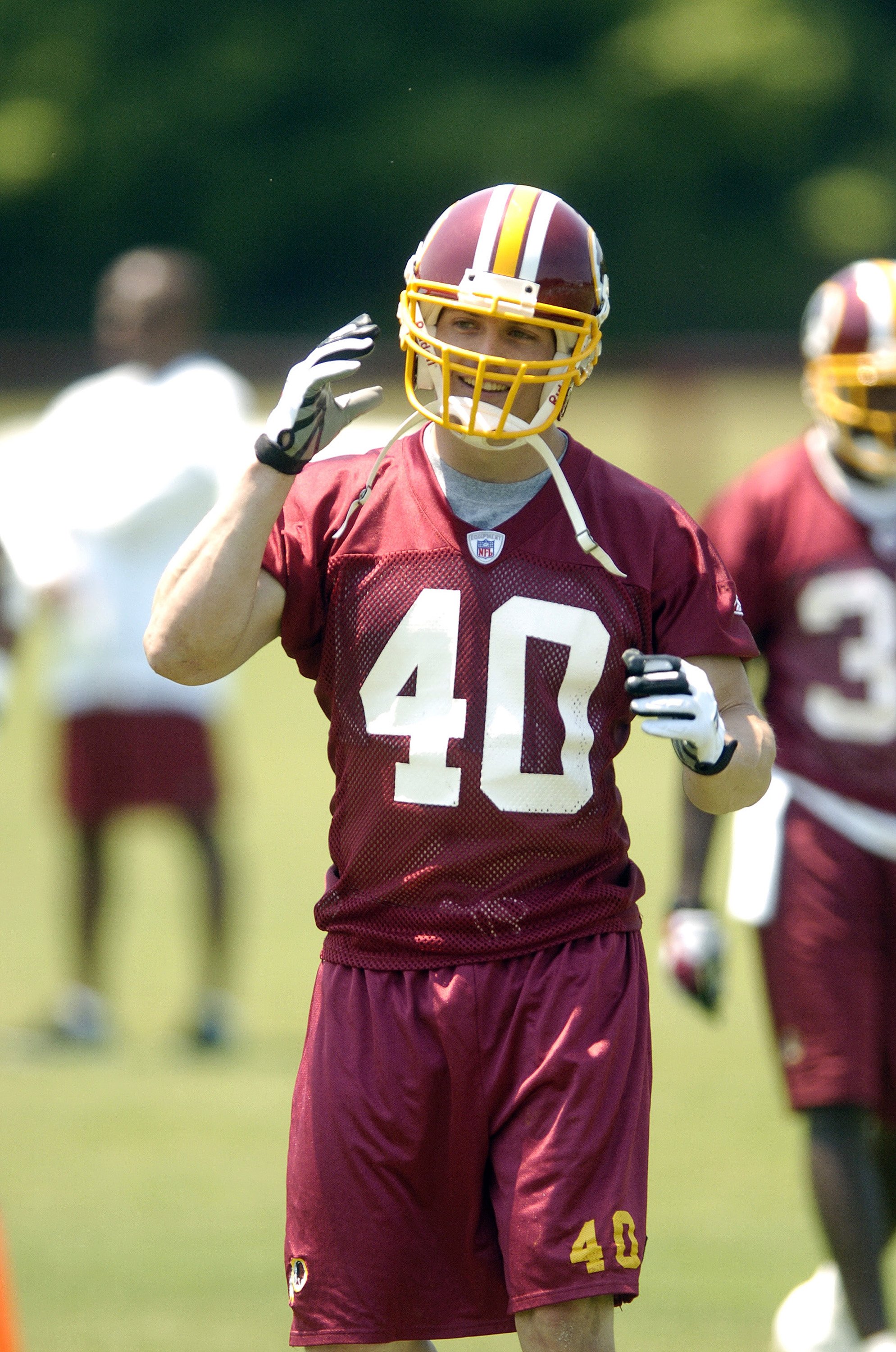 Adam Archuleta was a one year wonder...or not.

After he signed a seven-year, $35 million contract Archuleta quickly showed why the Rams made the easy decision to let him go.

Archuleta was beaten a lot in Washington and made a habit of letting slot receivers get behind him.

He was moved to special teams and only played the 2006 season in Washington.

He registered 60 tackles, one sack and zero interceptions for the Redskins. 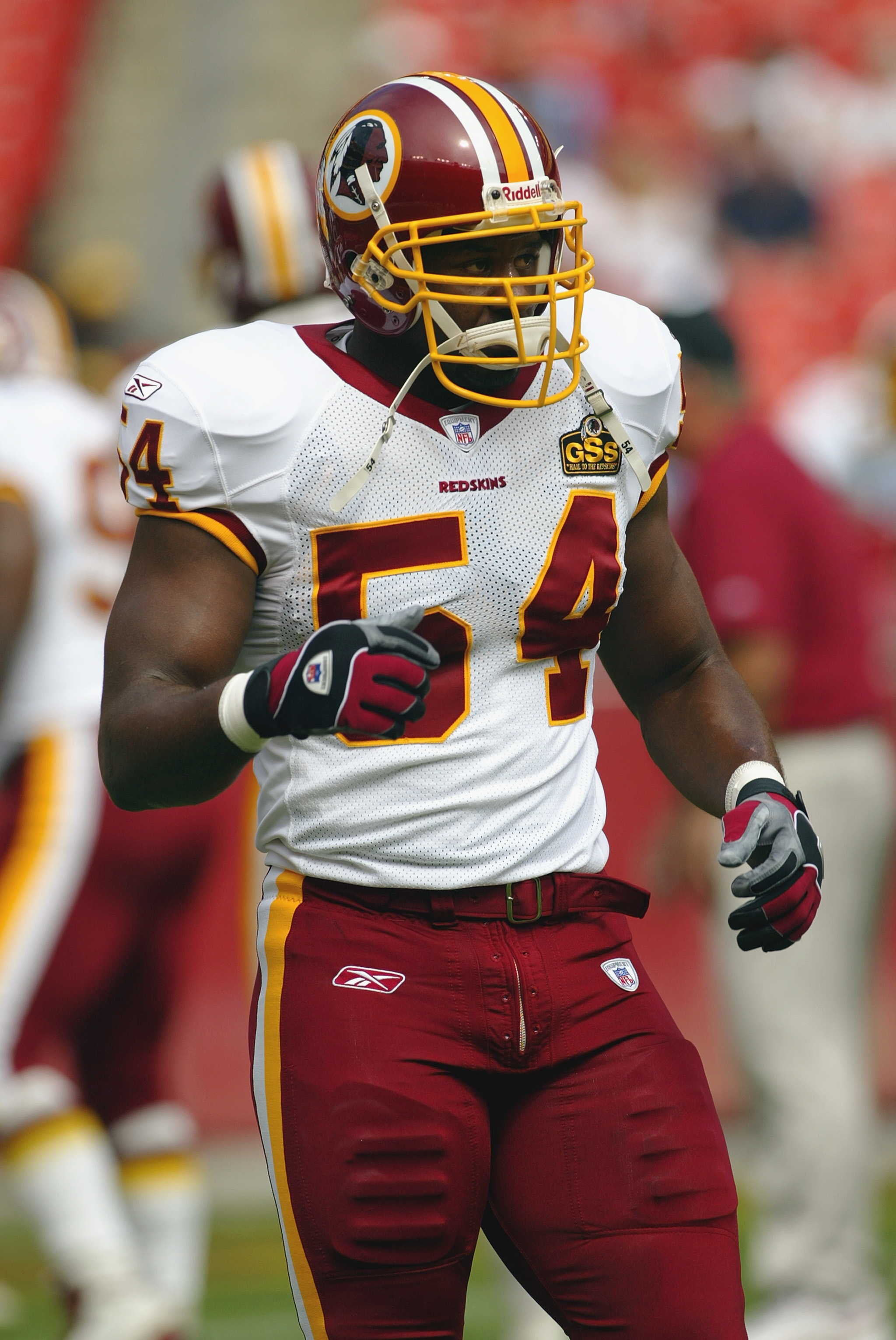 Jeremiah Trotter was signed to a contract similar to Adam Archuleta's, seven-years, $35 million.

Trotter never fit in with the Redskins defense, but played better in his two seasons in the Nation's Capital than Archuleta.

He then returned to Philadelphia and picked up where he left off. 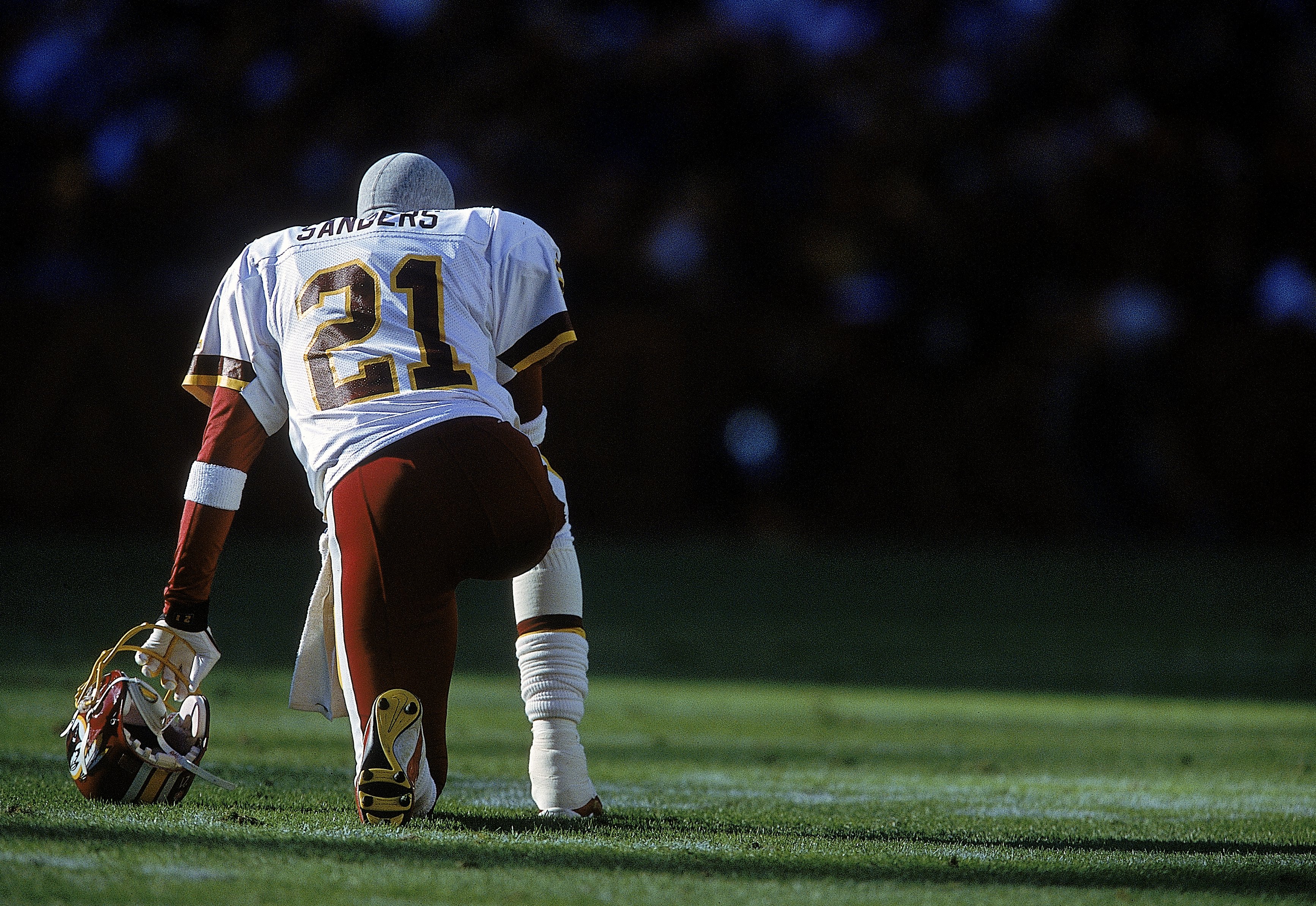 "Prime Time" was past his prime when he was brought to Washington to play alongside Skins great Darrell Green.

The seven-year, $56 million contract he signed showed the team's commitment to the once prolific player to have him play cornerback and be a return specialist.

His speed was greatly reduced from his years in Atlanta, San Francisco and Dallas.

Sanders earned the nickname "Mr. Three Yards" for his numerous returns of only three yards or less due to his sideline-to-sideline running. He finished the season with a 7.4 average per return.

Sanders "retired" after only one season with Washington. He then returned to the NFL in 2004 to play for two more seasons in Baltimore. 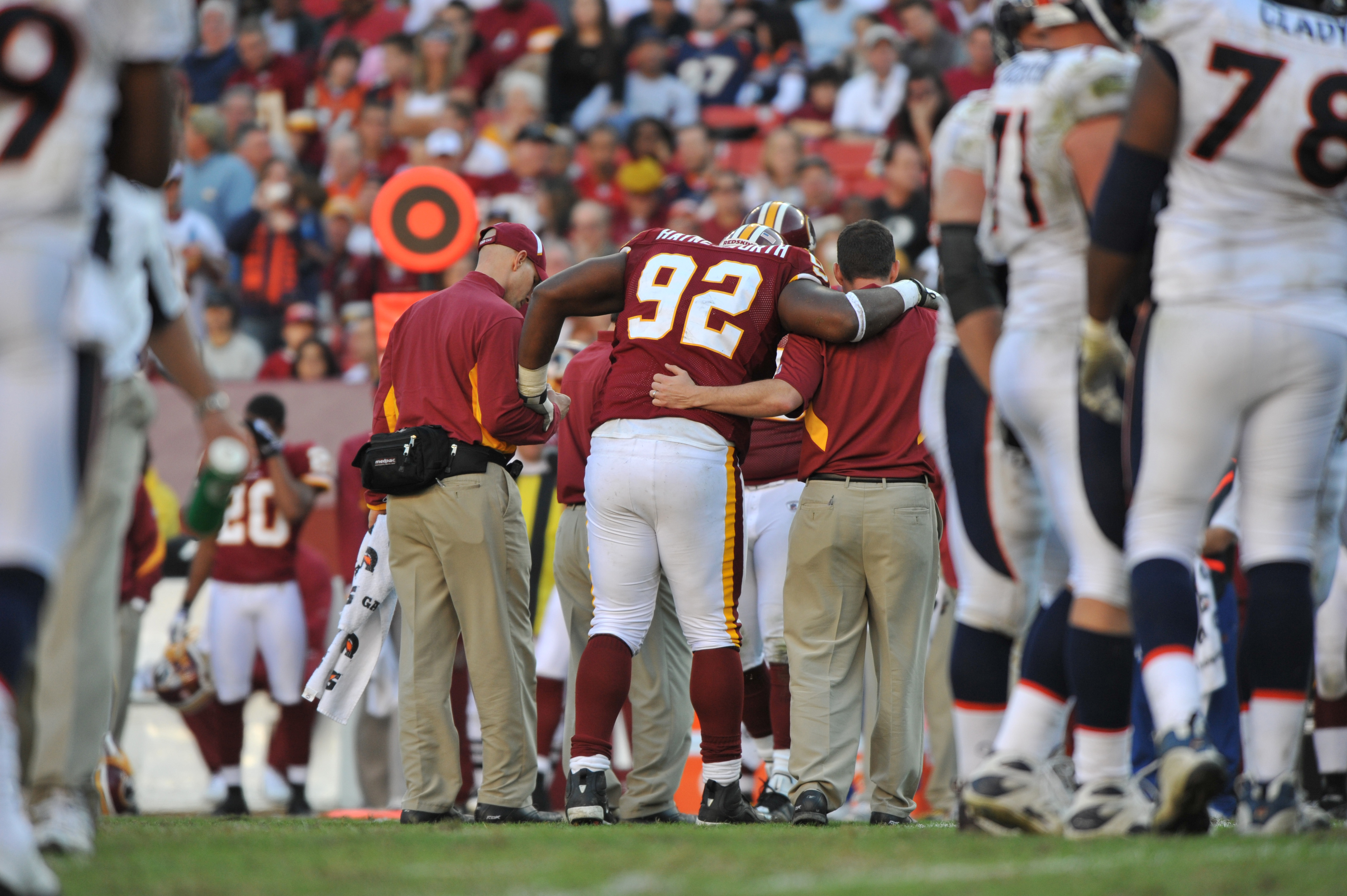 Was this really a question?

Not only has Albert Haynesworth gotten one of the biggest contracts ever given to a player in NFL history but he has not produced hardly any returns.

Haynesworth has only recorded 53 tackles, 6.5 sacks and zero fumbles in 20 games over two seasons with Washington.

The "$100 Million Dollar Sham" has currently been suspended by the Redskins for the remainder of the season and may have played his last play as a Redskin.

Haynesworth has been guaranteed $41 million of that contract per Rotoworld.com.

Good riddance to this entire list and lets hope for better decisions from here on out.