National Championship Game: 5 Reasons It Will Be the Best Ever. 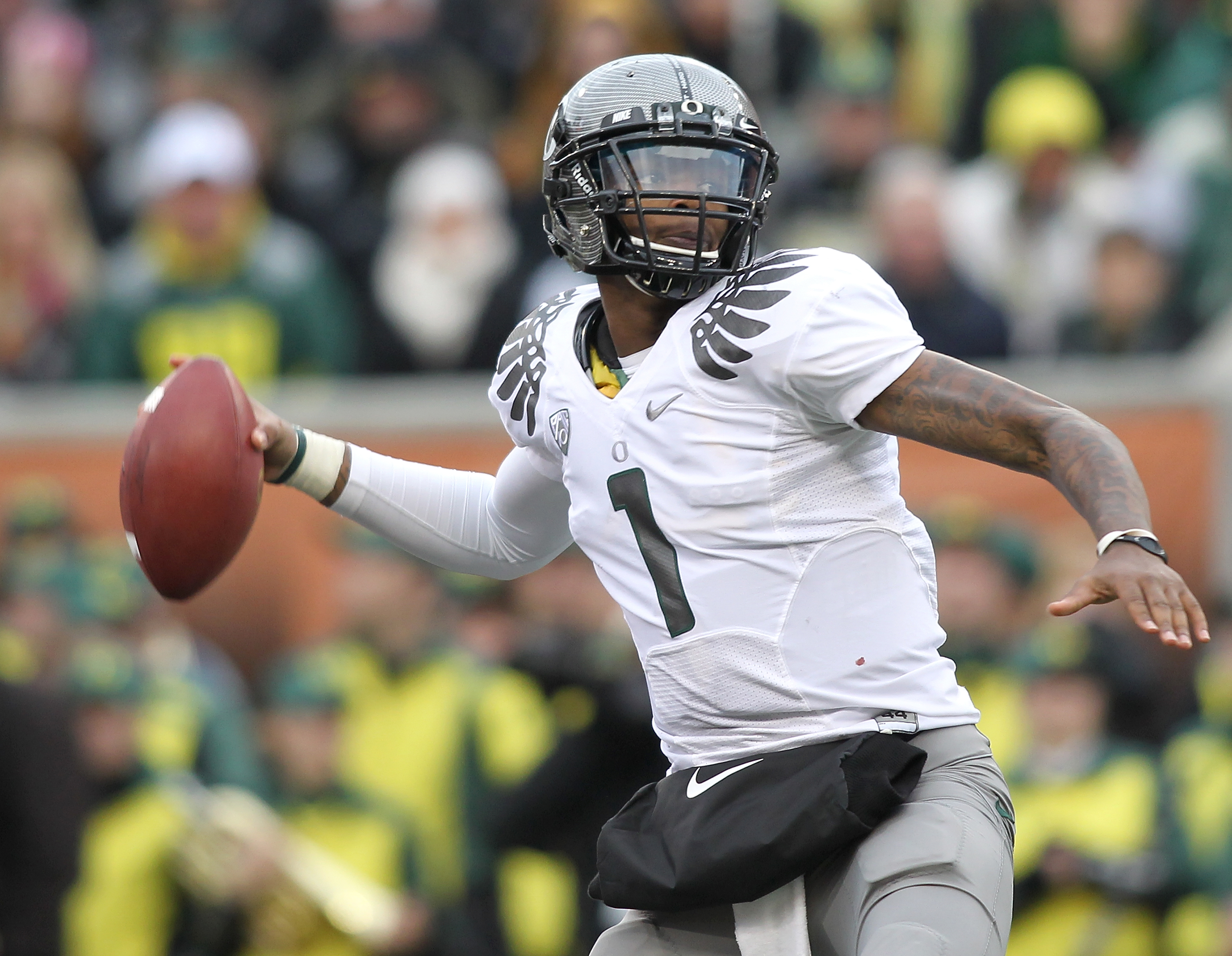 Well, the stage is set.

Thanks to both teams taking care of business this week, 13-0 Auburn will take on 12-0 Oregon in Glendale, Arizona for the BCS national championship game.

The only problem now is waiting for a month. But trust me, if all goes as planned, this should be one for the ages. Here’s why I could be right that the championship game will keep you entertained while you are waiting through the stress of the holiday season. 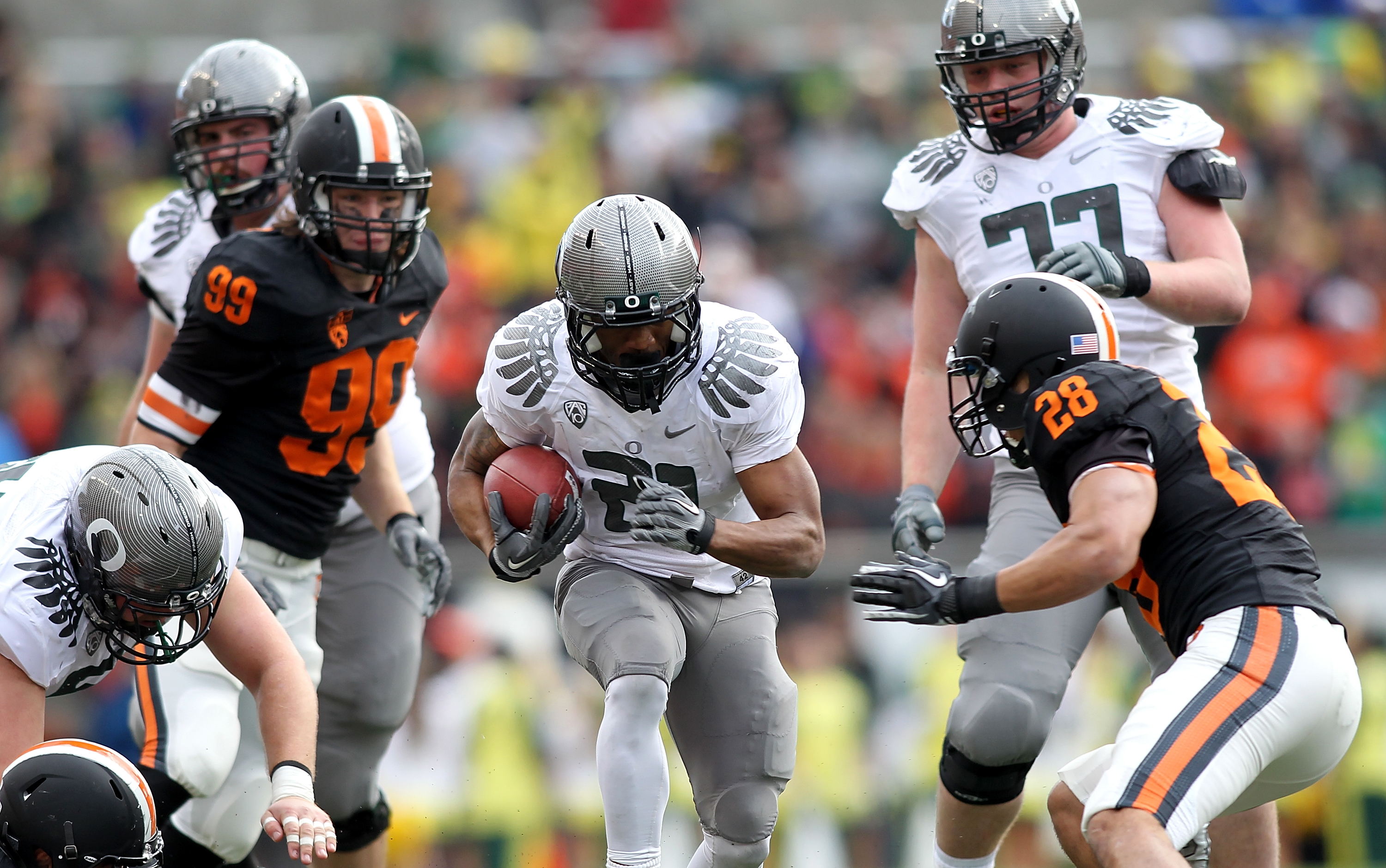 No one else is close.

That’s right, the two best players in the country are on opposite sidelines. Auburn’s Cam Newton, the likely Heisman winner, versus LaMichael James, Oregon’s explosive running back.

Between these two players, they have accounted for 71 touchdowns. Last time we had a player matchup this big? The 2006 Rose bowl between Texas and USC (Reggie Bush vs. Vince Young).

This time will the Heisman curse win out again? If so, look for Cam Newton to make an uncharacteristic pitch mid-play after running for about 40 yards and LaMichael James to score the game-winning touchdown with under a minute to play. Just kidding, but this is definitely the most intriguing aspect of the game other than the… 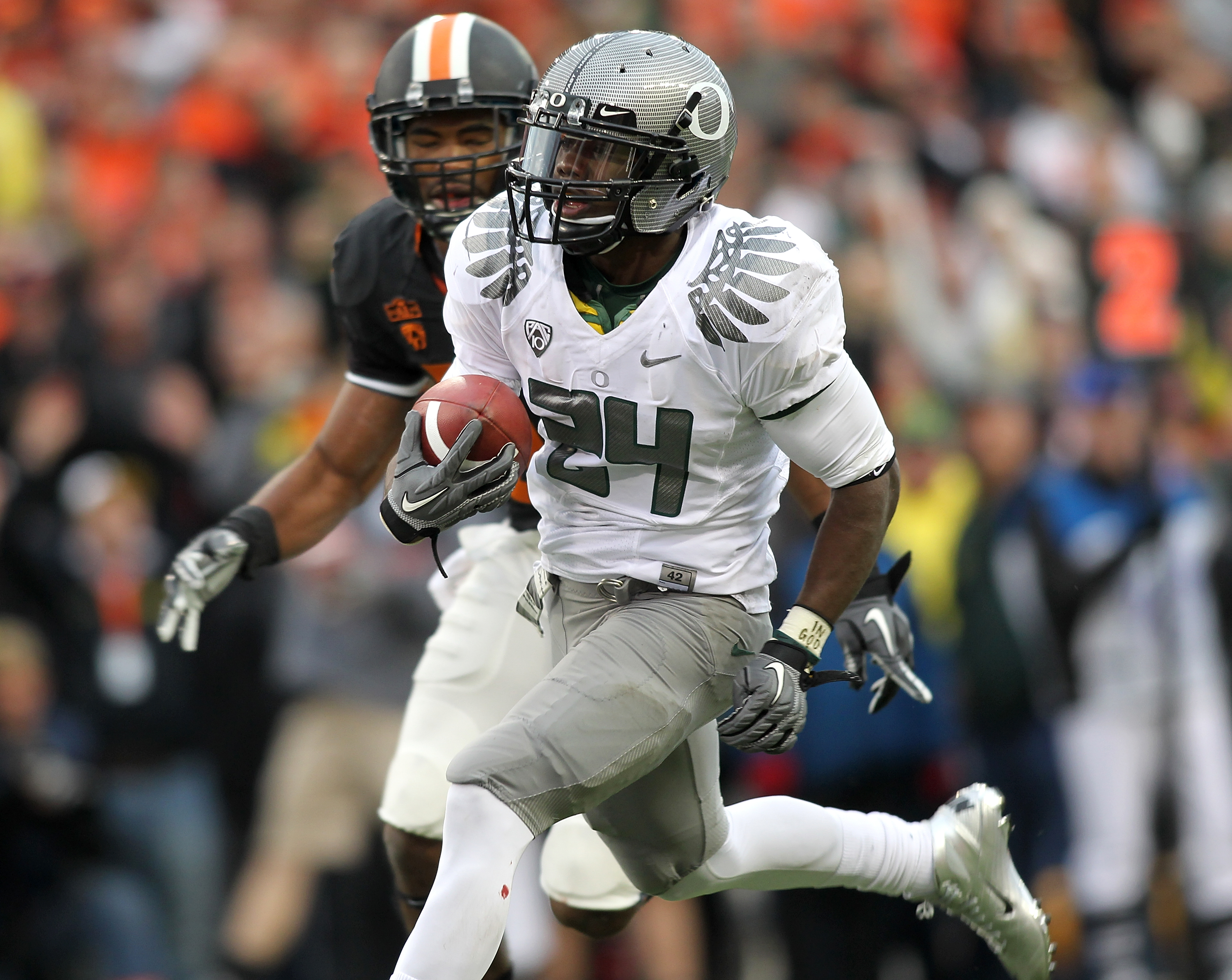 Both of these offenses have been nothing short of explosive this year. Both implement plenty of option plays and zone reads, which have translated into many big plays for these offenses.

Needless to say, this is likely to translate into an offensive shootout of a game. Not to degrade either of these team’s defenses, because they both have been successful, but they just tend to be overshadowed by the team’s offenses. Especially Cam Newton who has had his fair share of… 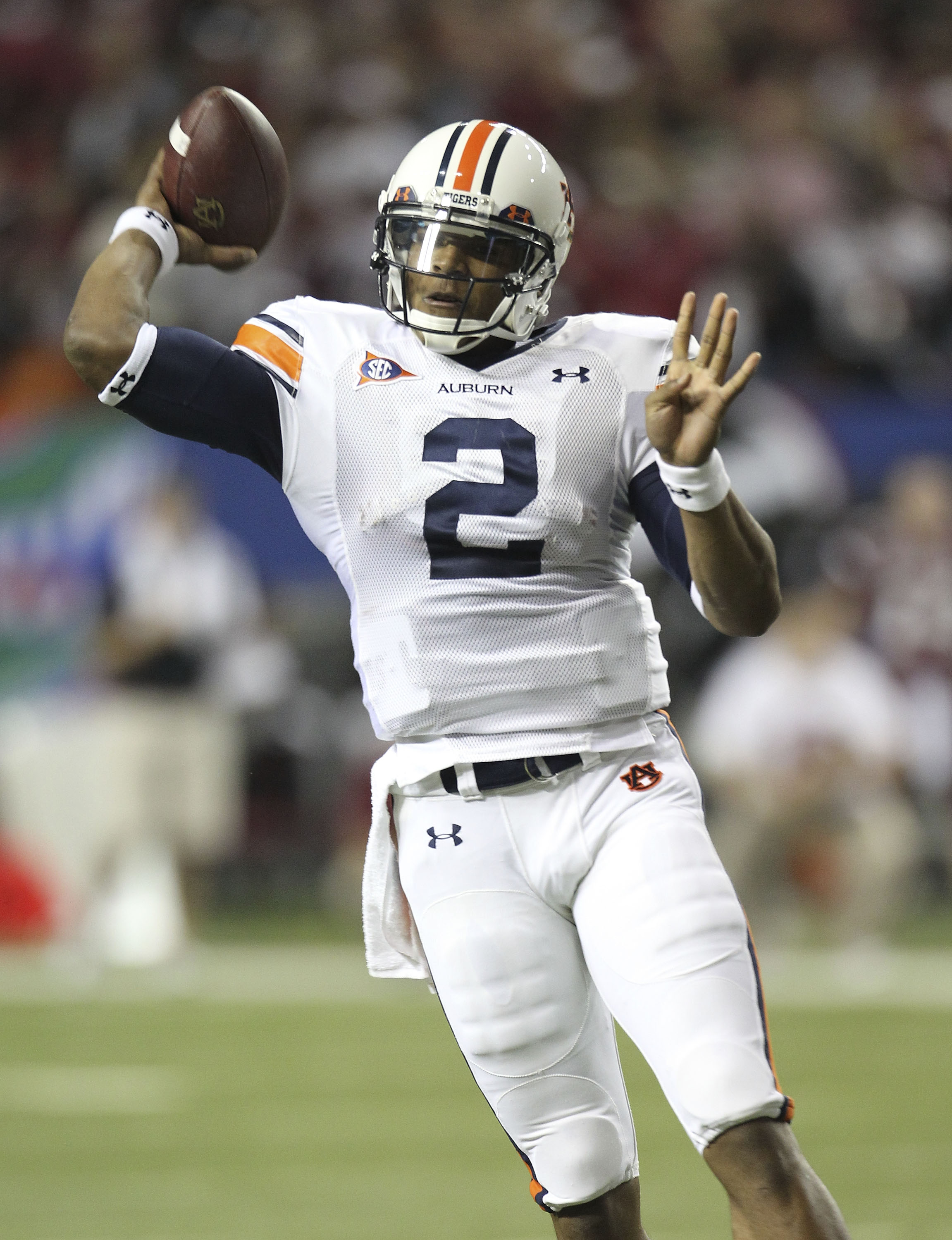 Auburn’s presence in this game almost creates a bad-guy persona.

True, Auburn has been quite a success story under second-year head coach Gene Chizik. However, thanks to Cam Newton and all the press about his questionable eligibility, this causes many people to question why they should cheer for a team they believe is cheating. Sure, nothing has been proven and the NCAA has declared him eligible. However, many people seem to believe this is far from over.

On the outside looking in is a very good TCU team that also happens to be undefeated. Most of these fans will also likely be bitter towards this game and not receiving their own shot, especially if Cam Newton is later found to be a part of any wrongdoing. Many TCU fans may remember this year as the year they were taken out of the championship game thanks to a player who should have been ineligible. Which leads us to whether….

The BCS Got It Right 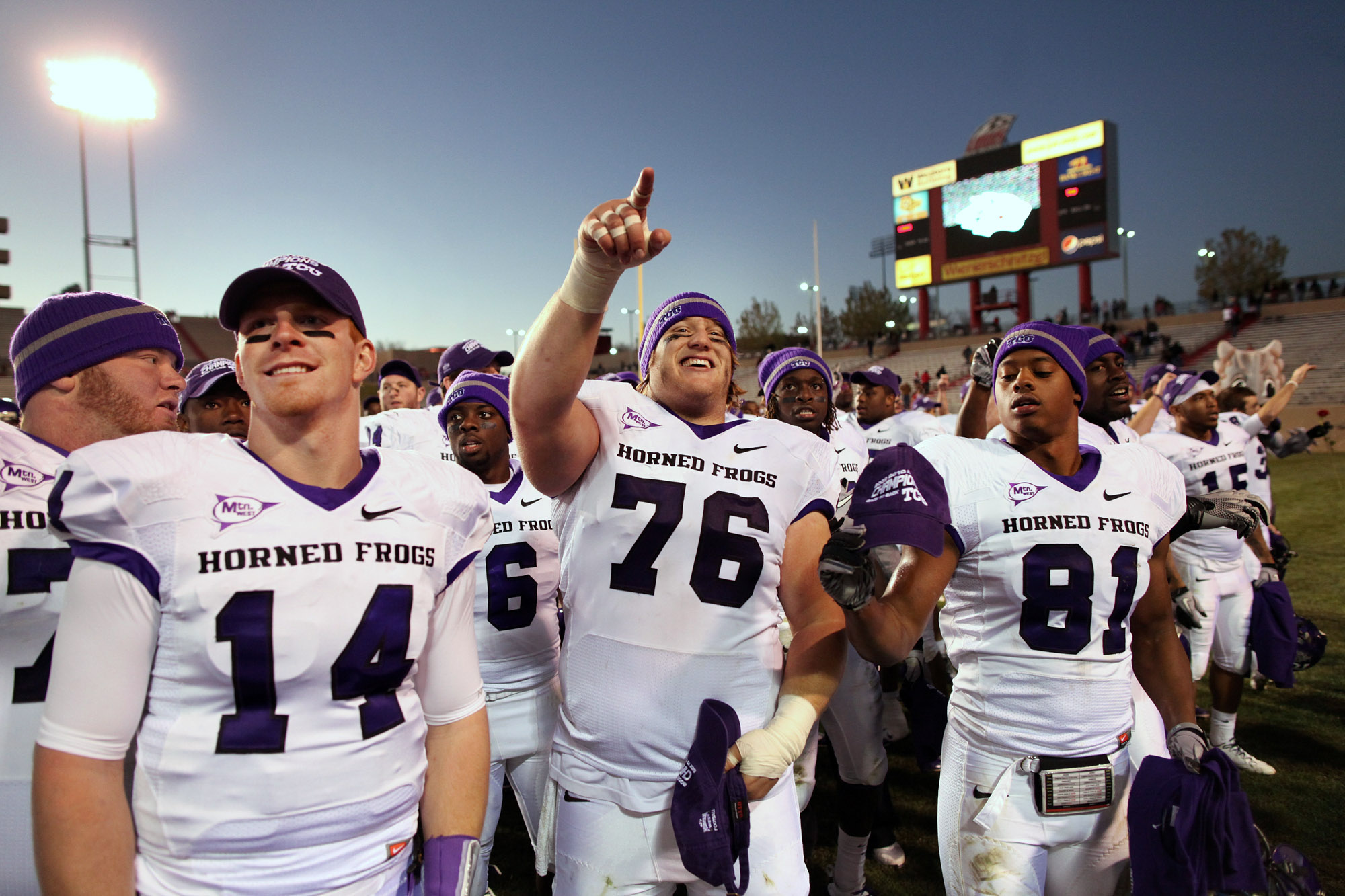 Who can argue that Oregon and Auburn are the best two teams in the nation this year?

Maybe TCU fans, but the truth is that these two teams have proven repeatedly they are the most clutch teams in college football. Both have faced major adversity and also tend to play their best football in the fourth quarter. Auburn’s major comebacks and tough play have led the Tigers to an undefeated season in the extremely tough SEC west. Oregon’s fourth-quarter explosions on offense have led to strong victories over a strong Pac-10 conference. The question is, which one can deliver this one?

Look for this to be a hard-fought battle in which the team that wants it the most ends up with the win. Though both team’s players have been extremely clutch, this could all come down to…. 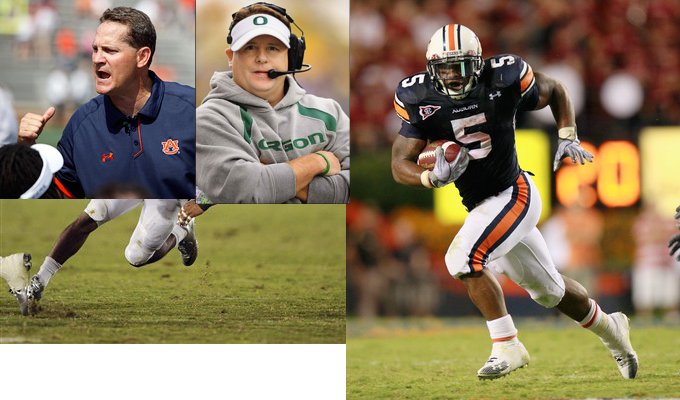 Both Auburn coach Gene Chizik and Oregon coach Chip Kelly have quickly risen to the top of their profession early in their careers. Chizik, who had been a former coordinator at Auburn and later became head coach at Iowa State, was a questionable hire at best when Auburn announced his hiring two years ago. Now, however, thanks to some help from Gus Malzahn (his offensive coordinator) and Cameron Newton, he is considered to be a genius hire.

Kelly was also a coordinator at Oregon before becoming head coach, but he skipped a phase, unlike Chizik, and was vaulted to head coach after Mike Bellotti retired at the end of the 2008 season. His tenure so far has been nothing short of outstanding, becoming the first Pac-10 head coach to win the championship in only his first season. His innovative offense has caused him to be described as an offensive genius.

This is a fantastic matchup between relatively-new head coaches and an interesting chess match between Malzahn and current Oregon offensive coordinator Mark Helfrich.