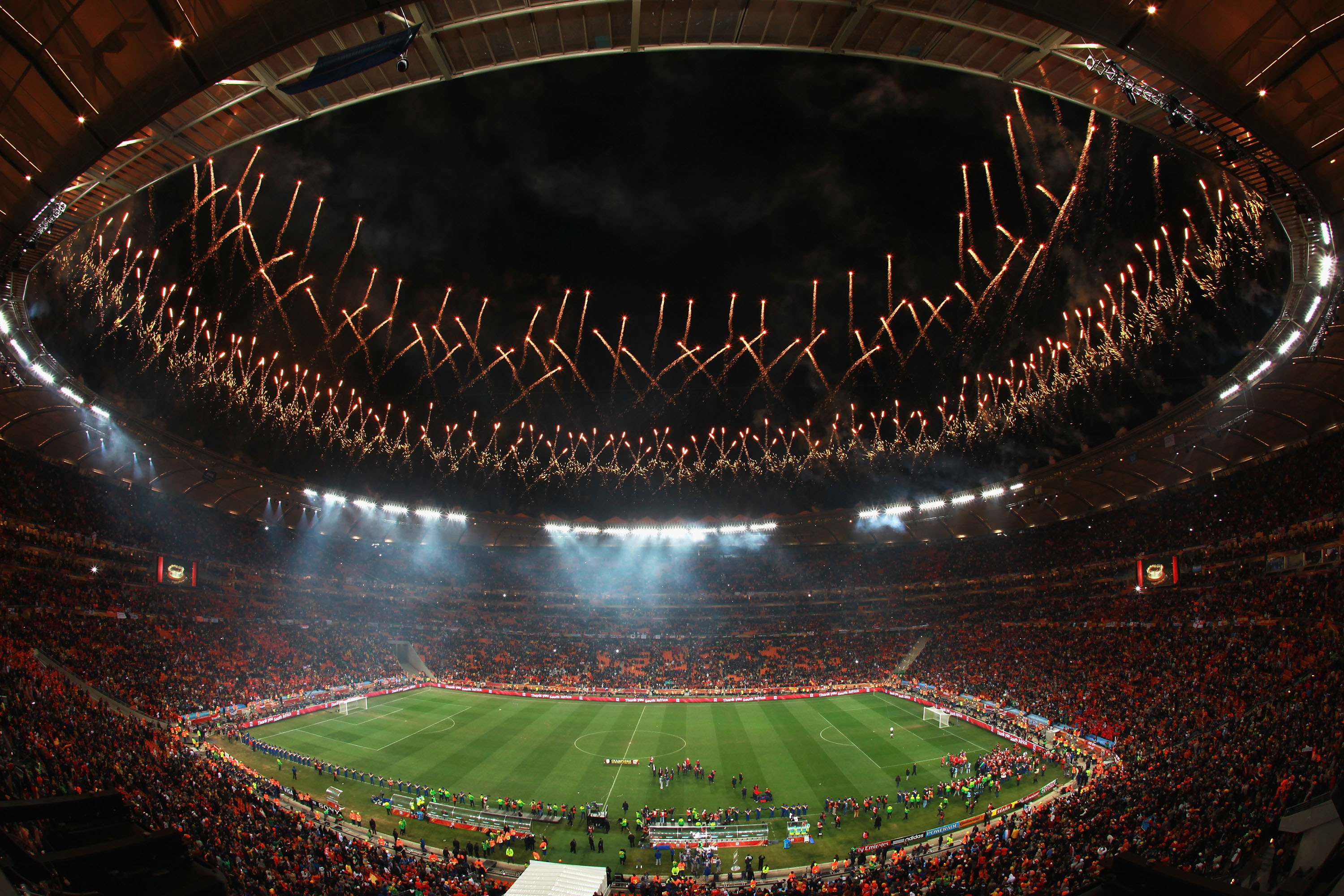 The World Cup features a coming together of 32 countries vying for the world's top trophy for the world's greatest game. But aside from the action on the pitch, the celebration of each tournament's host country is an exciting and uplifting time for the football empire to experience.

The 2010 version gave fans a look into a football unknown, as South Africa played host for the first time on African soil. It was a fulfilling event that brought light to a region with a dark history. Uplifted by engaging fan interaction and a beautiful backdrop for football, it provided an enlightening canvas to display a game that everyone got to enjoy.

Where does South Africa stand amongst the other World Cup hosts?

With the 2018 and 2022 bids up for selection on Thursday, let's take a deeper look into the top five World Cup hosts of all-time.

In a country where the game has yet to truly take off and transcend to a legendary status, the World Cup did remarkably well in terms of record attendance, ticketing a total of 3,587,538 seats to hungry fans from all over the globe. That figures to almost 69,000 spectators per match, tops of all-time.

But the mark that the event has left on the United States is just now beginning to show. Respectable performances in 2002 in South Korea-Japan and in this past summer in South Africa has demonstrated the effect that the beautiful game can have on a nation.

It is a game, but it is also a cultural exchange. The game only will continue to grow in America.

The year 1966 in England remains infamous for the British Isles. It was the last time they hosted the World Cup, but it was also the last time the English lifted the trophy at the end of the tournament.

The competition was still very small, hailing just 16 squads from five federations. This led to just 32 matches played, but the stadiums still drew tremendous crowds. With a hair over 51,000 exuberant fans finding seats for every match, the 1966 World Cup ranks third all-time in attendance per fixture.

The 1966 hosts barely edged out the 1954 Switzerland event, as that tournament saw the highest number of goals scored (5.38 per game).

It was the most innovative of all World Cups as, for the first time, the grand tournament was held in two neighboring countries and the first one to be held in Asia.

The 2002 event also was the last time the Golden Goal rule was active.

Korea-Japan was a fascinating spectacle, opening up venues of scintillating perspectives (mostly in Japan) and great nighttime backdrops.

Unfortunately, it was one of the lesser attended World Cups in the last 30 years, but getting the experience of the game's greatest competition split between Northeast Asia makes for a celebrated success.

The 1998 World Cup in France was the last time the host country lifted the trophy at the end of the tournament.

For the first time, the World Cup featured 32 national squads in the finals, setting up the standard format for future competitions.

Though short-lived, the golden goal was implemented here for the first time, only to be abolished by FIFA in 2004.

Although the venues were less aesthetically pleasing than most in today's tournaments, the 10 stadiums that were used provided plenty of rustic and traditional football appeal.

It was the first time the World Cup was held on African soil, and it largely did not disappoint.

Sparkling new stadiums coupled with unforgettable backdrops and enthusiastic fans made for a thrilling setting from Siphiwe Tshabalala's majestic opening goal against Mexico (reminder here) to Spain's classic finish over the Netherlands to take the crown.

While the Vuvuzelas produced much controversy during and after the competition, they provided plenty of culture to embrace, a flamboyant expression hardly seen in such magnitude.

It may be another 40 years before the World Cup returns to Africa, but the 2010 tournament was one that will never be forgotten.