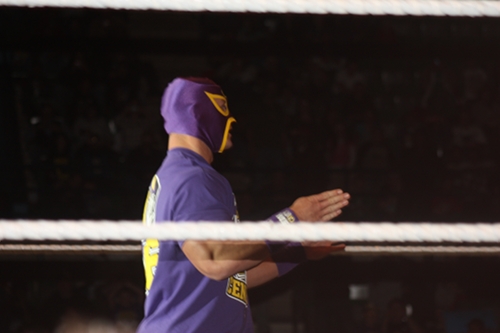 "Juan Cena" made his WWE debut in Salisbury, Md. on a Raw house show card, where he competed in a Triple Threat Match against Wade Barrett and WWE Champion, The Miz.

Juan wore his cousin's purple shirt and a matching hat with John's name on it. He also wore a purple and yellow mask.

Juan also used the trademark moves of his cousin during the match, The Attitude Adjustment and The Five Knuckle Shuffle.

Cena hit "The Attitude Adjustment" on Barrett, but was pulled out of the ring by Alex Riley, allowing The Miz to cover a prone Barrett to secure the win by pinfall.

Note: A big time shout-out to Bleacher Report member Christa Donophon, who was at the event and took the pics that we're able to check out. 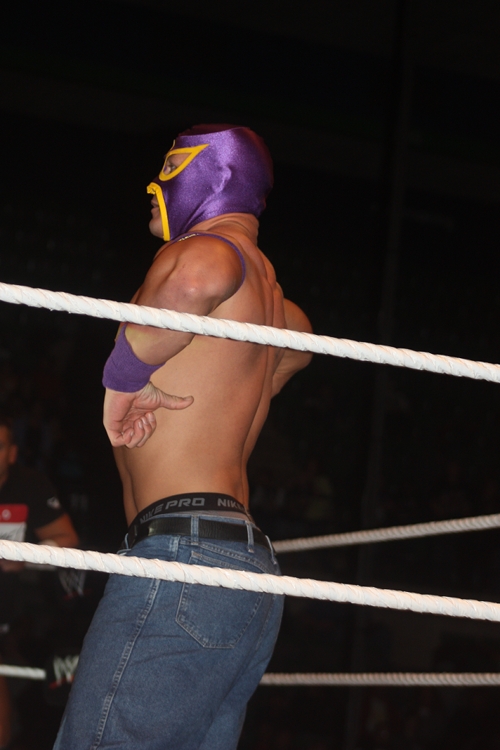 Juan strikes a pose before the match. 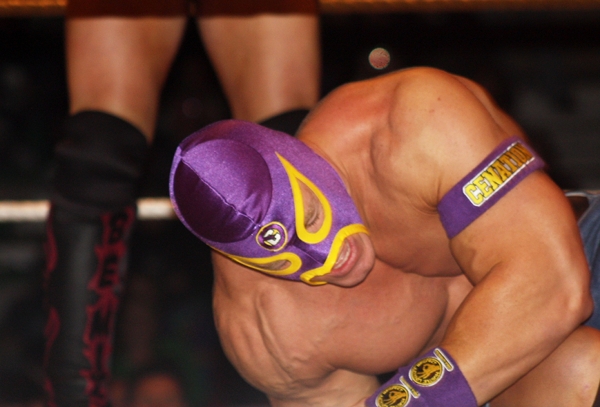 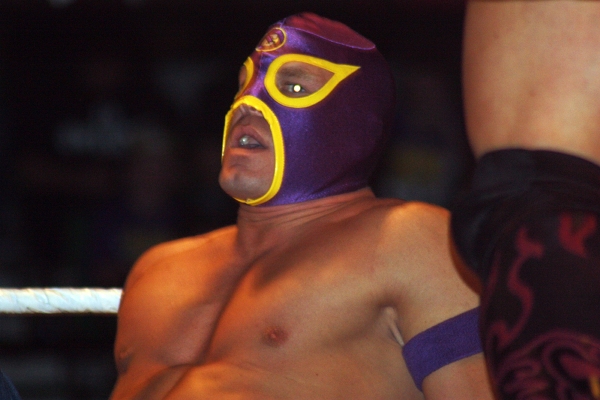 Juan looks like he's not sure where he is. 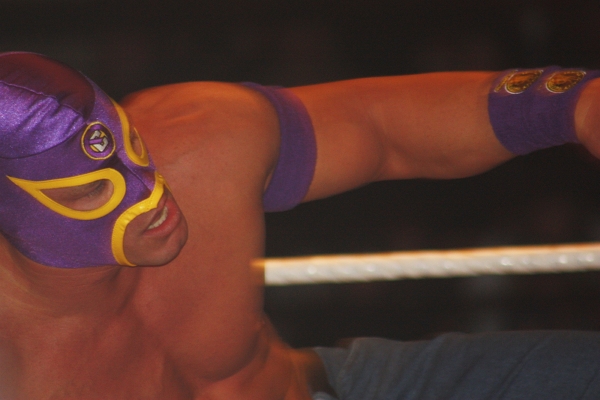 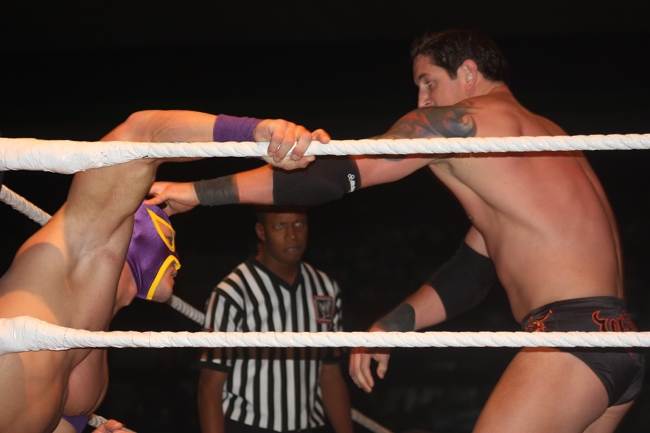 Cena in a bad way against Wade Barrett. 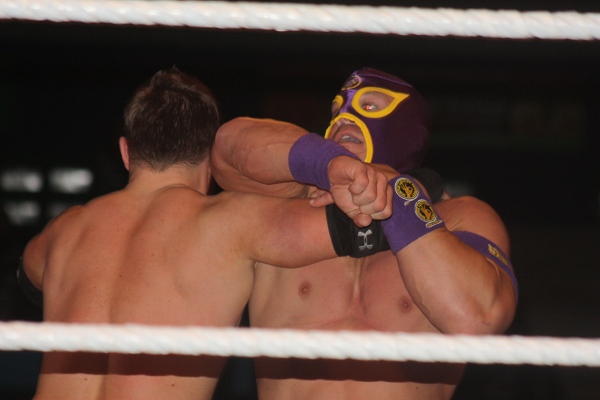 Cena firing an elbow to the head of The Miz. 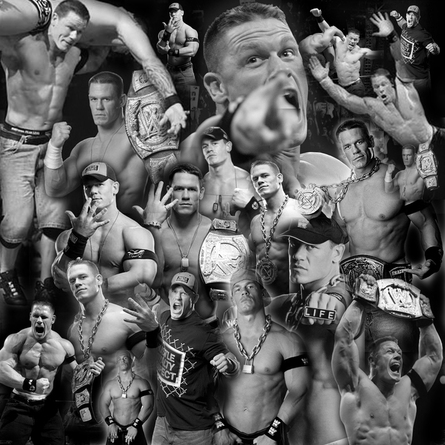 For those of you who had to live through the charade of Dusty Rhodes as "The Midnight Rider" and Hulk Hogan as "Mr. America," you know what I'm feeling about this "Juan Cena" nonsense.

For those of you didn't, now you get the chance to have WWE convince you that this angle somehow makes sense.

In closing, if a dog walks up to you and pees on your leg, don't let anyone tell you it's raining!