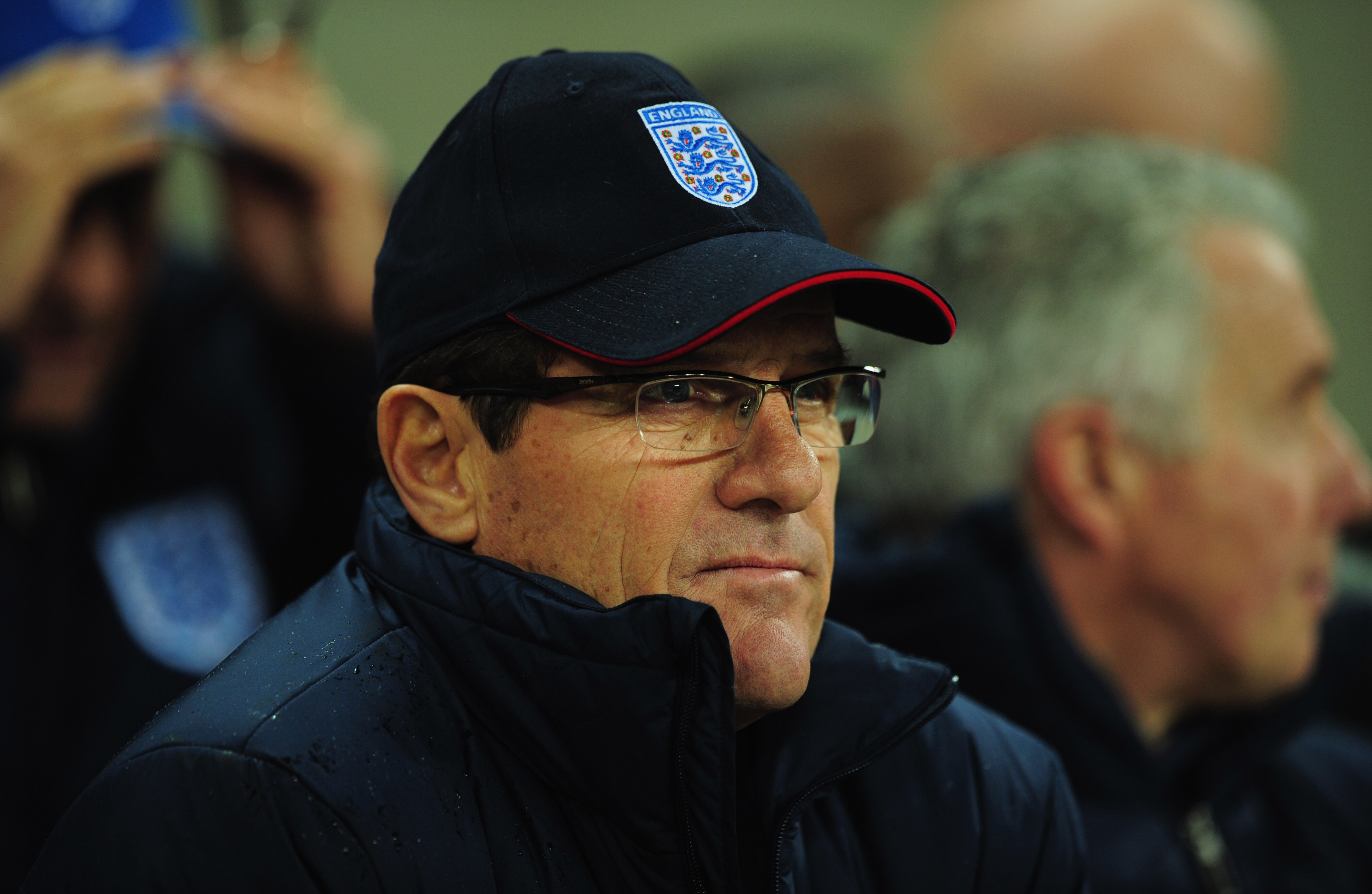 There's been much talk about what went wrong for England after Wednesday's friendly against France at Wembley. Not enough of it has centered on the real problem: tactics.

While manager Fabio Capello was brave—and perhaps foolhardy—in introducing so many new faces, England got it all wrong in its planning and strategy.

The 4-4-2 formation failed, mostly because it fails to put the English in the right positions to succeed. The answer was right before him in the 4-3-3 used by Laurent Blanc's France as well as Carlo Ancelotti's Chelsea.

Here are some reasons why a switch to a 4-3-3 would greatly boost England.

Build Out of the Back 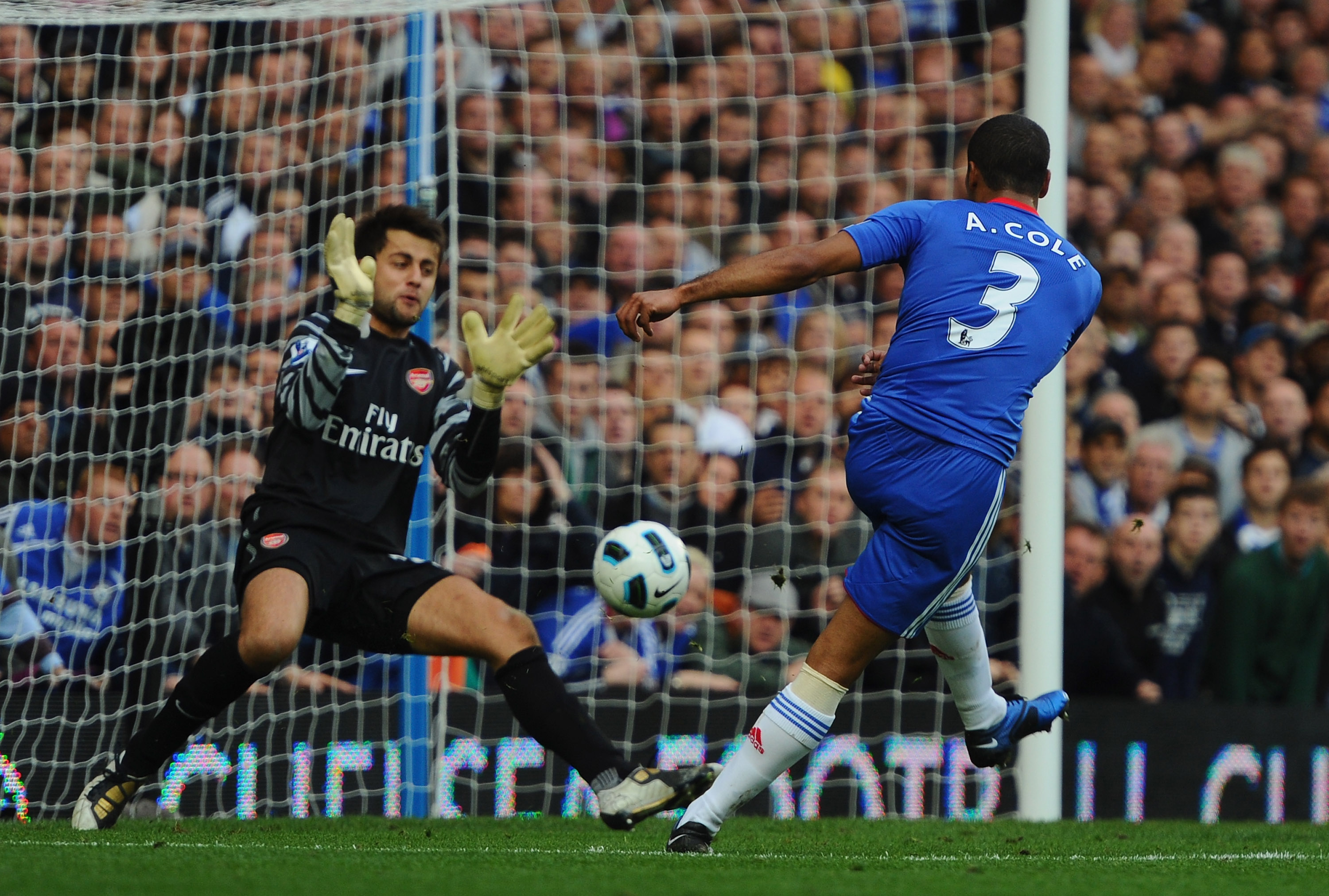 Capello would be well served to follow the example of his Italian compatriot at Stamford Bridge when it comes to utilizing one of his few world-class assets: Ashley Cole.

Ancelotti opened his first campaign with Chelsea last fall with a diamond formation in midfield that had a holding player behind the attacking center midfield and flanked by two outside midfielders. The problem was that setup inhibited Cole's forays down the left flank.

A switch to a three-man midfield allowed Cole the space to join the attack and add a dynamic element to Chelsea—something that England desperately needs in the wake of its dismal performance against France. Surely Capello must have admired the play of France's outside backs, Eric Abidal and Bacary Sagna.

Furthermore, a narrower midfield would open up space for the other back, Glen Johnson. Like Cole, Johnson is most effective when he has the freedom to go forward. The Liverpool defender was in rich form at the end of the Premiership season as well as in the buildup to South Africa, when he scored his first international goal against Mexico.

It will be interesting to see how Jose Bosingwa's recent return from injury helps Chelsea while the center of its defense has been ravaged by injuries. It was only two years ago when the Portuguese was one of the most productive EPL defenders with his marauding ways down the right side.

Finding a Way of Playing Lamps and Stevie G Together 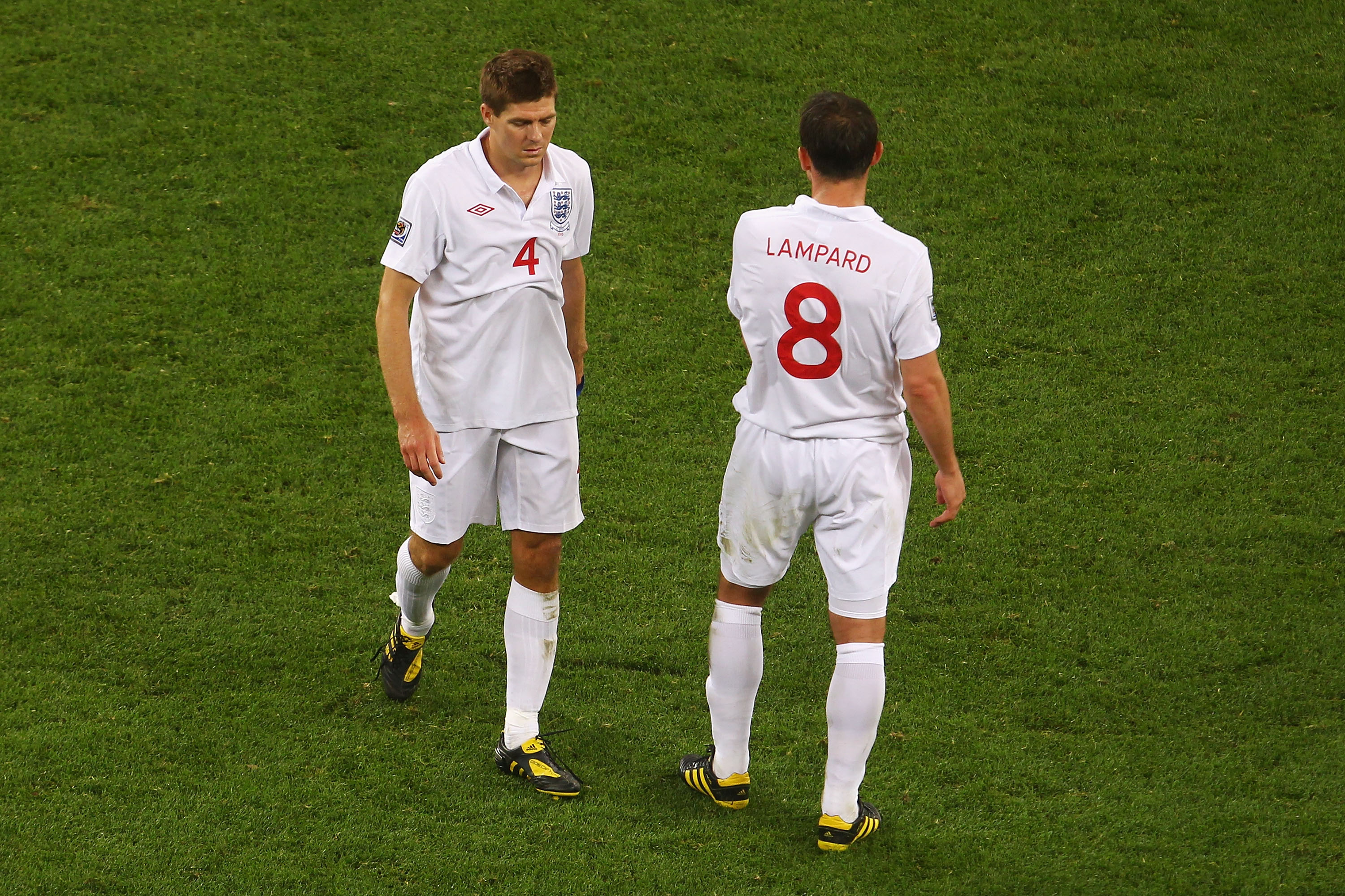 A three-man midfield would help solve the problem of getting the country's two best midfielders, Steven Gerrard and Frank Lampard, in the same lineup. When healthy, the two are among the best in the English Premier League with their box-to-box play, eye for goal and talismanic quality.

In a 4-4-2, however, the dilemma has always been which of the two should occupy the attacking center midfield role and where the other would land.

In a 4-3-3, which does not require a holding player—Gareth Barry simply cannot cut it at the international level—the two could play side by side. Lampard has proven he can on the left, as he did in Ancelotti's diamond, and Gerrard is versatile enough to play anywhere.

A three-man midfield might also be the best place for James Milner, who lacks the pace to be a wide player for England but has the awareness to have been considered as an emergency right back in the past.

Chelsea's three-man midfield has been able to accommodate a variety of personalities. Michael Essien is the closest replica to Lampard's box-to-box play, while Yuri Zhirkov is a left-handed attacking player. John Obi Mikel and Ramires are both in the mold of a holding player, but even they have been able to play together in Chelsea's 4-3-3. 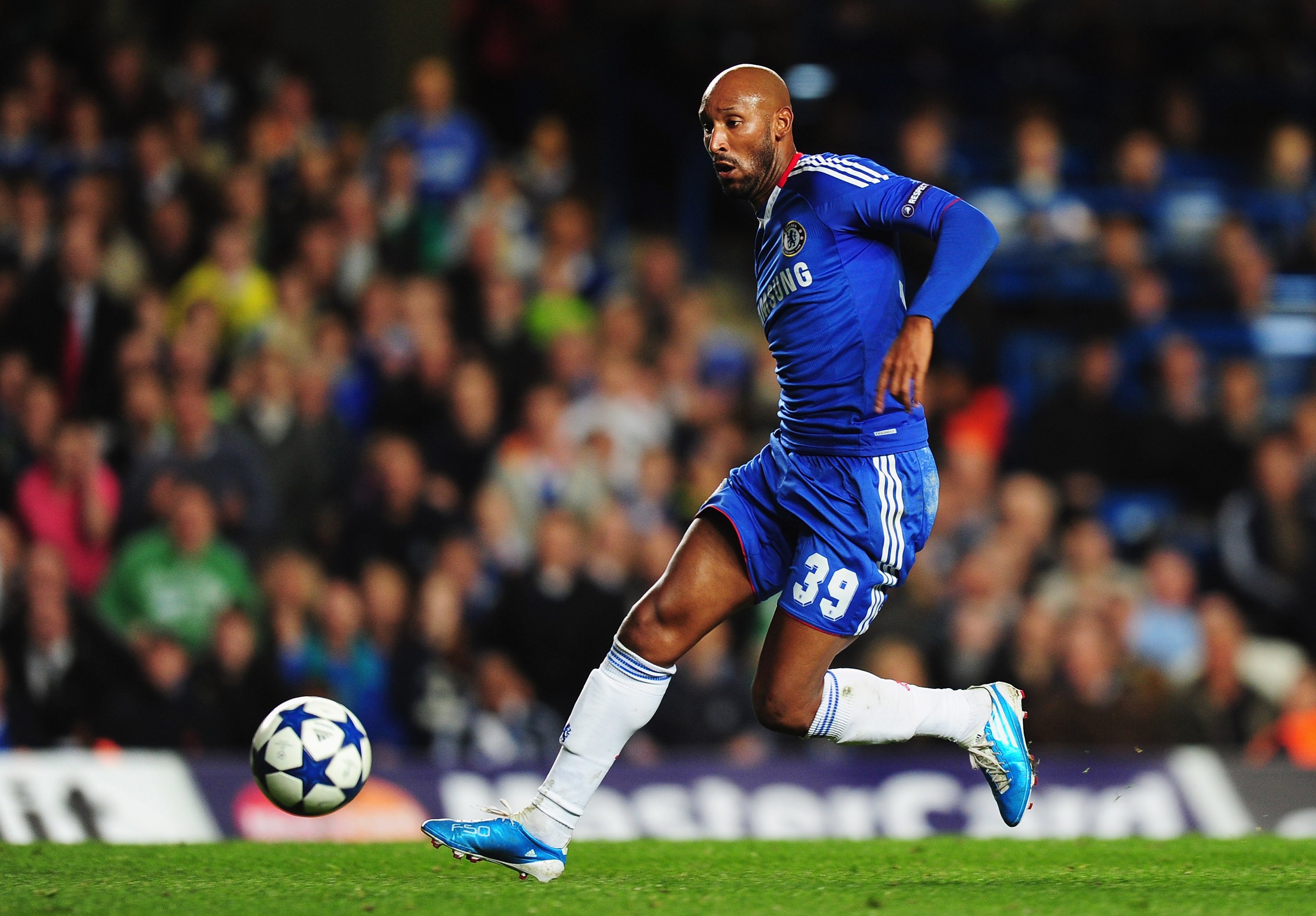 Another perennial England conundrum is who should partner Wayne Rooney up front. There isn't another English player who has properly complemented the forward, but for once it's quantity, not quality, that's the answer.

Because Rooney likes to track back into midfield and is best when he is more involved in the buildup—like Chelsea's Nicolas Anelka—the lack of an adequate foil has been a problem for England. Having two other forwards instead of one would present more options for England when they gain possession if Rooney is not located up top.

A three-man front line would also help accommodate more personalities. In a traditional 4-4-2, Florent Malouda of Chelsea would be a left-sided midfielder. But the Frenchman works better as a left wing in the Blues' 4-3-3. Among those opposite him is Salomon Kalou, who is a more traditional forward. In the center, of course, is Didier Drogba.

England would benefit by being able to mix and match up front. There would be room for prototypical wide midfielders like Adam Johnson and Ashley Young, as well as a more traditional forward like Bobby Zamora or Darren Bent.

One positive out of the France loss was the glimmer of hope from Andy Carroll as an international center forward. The Newcastle standout showed he was a good target man and sparked England with practically every touch.

With Carroll up top, Rooney free to roam and a third forward, England would present more problems to opposing defenses—unlike what they served up at Wembley in a boring, predictable attack. 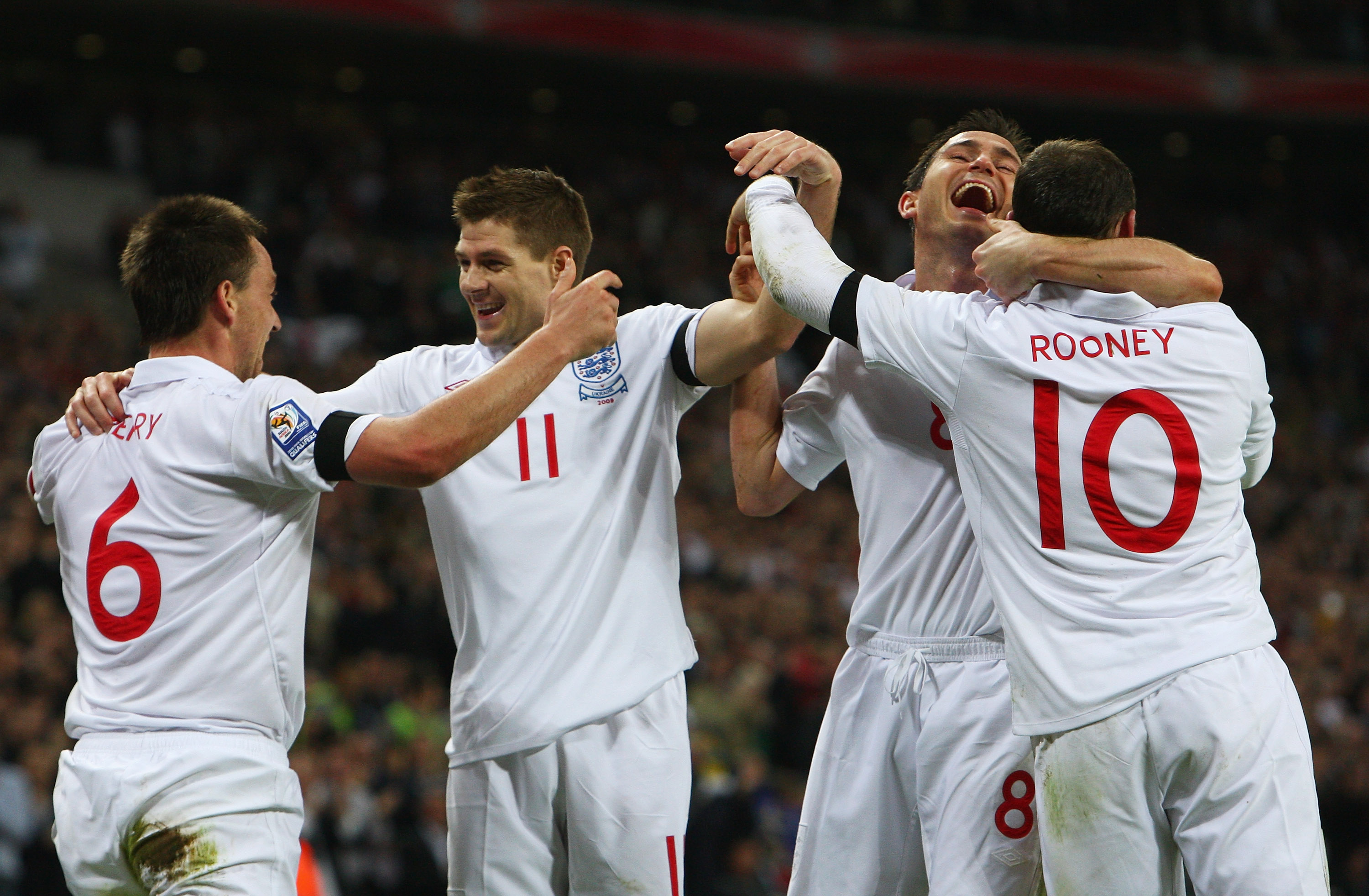 I relish the day when I can see Ashley Cole and Glen Johnson overlapping down the touch line, Frank Lampard and Steven Gerrard taking turns pulling the strings in midfield, and a group of England forwards who are running off each other and confounding opposing back lines.

Capello's England does not have another match until March, when the Three Lions resume their European qualifying campaign in Wales. The Italian has shown the courage to choose some new faces for his lineup; let's hope he is wise enough to adopt a new tactical approach.