20 Coolest Sports Collectibles You Could Own 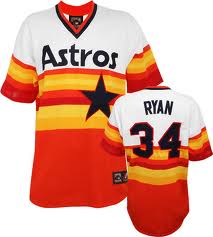 Do you remember growing up as a kid and collecting all the baseball cards we could find? We wanted to rip them open the moment we got them, but don't forget the hard as a rock bubble gum that came with some of them.

I remember opening a pack when I was a kid and popping the bubble gum in my mouth, only to spit it right back out because it tasted worse than a brussel sprout.

Speaking of bubble gum, do you remember the Big League Chew we bought as kids because we wanted to act like we were, well, chewing? Good times, right?

What were your favorite collectibles? Do you have an old jersey, signed or unsigned, that you would never get rid of? What about going up to the attic at your parent's home and finding baseball cards of Yogi Berra, Ted Williams, and Babe Ruth?

This is going to be a list we're going to have some fun with. Feel free to let me know some of your best collectibles that you still have or ones you remember selling.

I'd love to hear if there's a collectible that's been passed down through the generations and you are now in possession of.

Here are 20 cool sports collectibles that you could own. 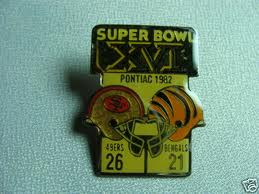 Super Bowl XVI pin between the San Francisco 49ers and Cincinnati Bengals. Joe Montana, Jerry Rice, Roger Craig, Ronnie Lot not to mention Boomer Esiason on the other side for the Bengals. 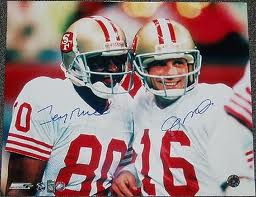 Two of the best players to grace the NFL. Joe Montana and Jerry Rice. It's hard to believe that Rice was an unknown when he was drafted. 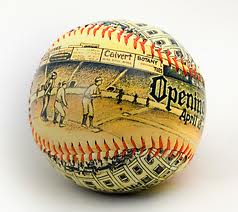 A baseball with the image of old Yankee Stadium with the date of Opening Day that year. 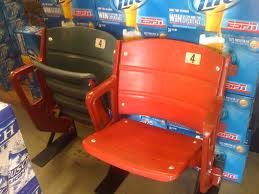 This is something I always wanted to get my hands on, seats from a stadium that no longer stands. These seats are from the old Milwaukee County Stadium.

Anything signed by the great Tony Gwynn, I'll take. One of the greatest hitters of at least my generation. 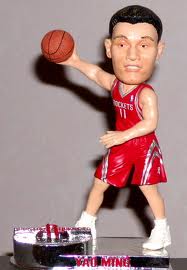 I know it says Yoa Ming at the bottom and he is wearing a Houston Rockets uniform, but am I the only one that thinks this is the goofiest look they could have put on his face? 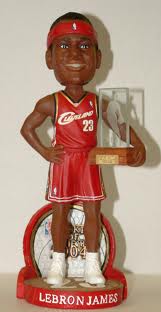 LeBron James as a Cleveland Cavalier with what looks to be an MVP trophy. I think a Cleveland fan might want this so they can try out their new sledgehammer they bought at Home Depot. 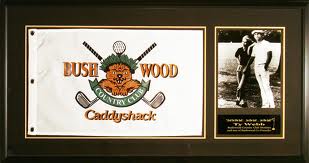 From one of the all time great movies, Caddyshack, comes the Bush Wood flag from the movie. 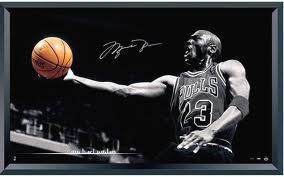 Not only does the autograph make the picture worth a lot, but if you can get it framed, it sends the value even higher.

Vintage Michael Jordan for sure. 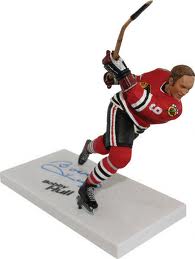 This is a great collector's item if you can get it. The figures are famous as well as I have the same kind at home of a few different players. 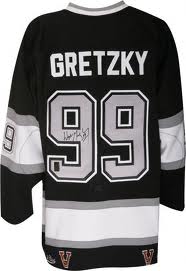 While I'm not a hockey fan, Wayne Gretzky was the Jerry Rice of hockey so this jersey is a definite keeper. 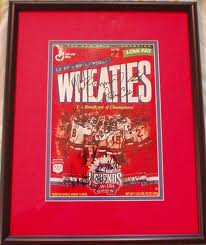 This is one that I would love to own. Autographed by the members of the USA Hockey team that pulled off the biggest upset in Olympic, and possibly sports, history. 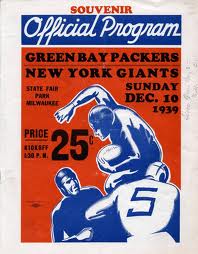 An NFL Championship program that was 25 cents at the time. 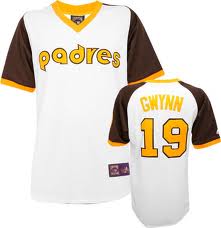 I've never been a fan of the retro jerseys but you see them everywhere at Petco Park now.

6. One Of The First Known Baseball Cards 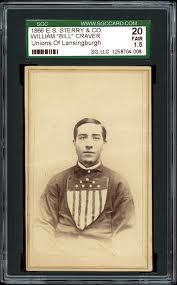 This is one in a set of the first known baseball cards to ever be printed back in 1866 from E.S. Sterry & Co. 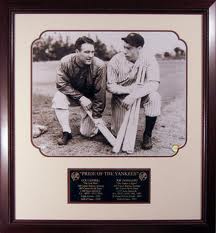 Framed print with "Pride of the Yankees" underneath.

Even if it's not autographed, this is a cool thing that someone might have in their home.

4. A Piece Of Chewed Gum From Luis Gonzalez

I hope that no one is going to send a comment with an emphatic, "I OWN ONE OF THOSE."

I couldn't even guess on the price but I hope there isn't anyone out there that would pay more than a dollar for it.

Elgin Baylor was one of the greats during his days with the Los Angeles Lakers. I know this is one that a ton of Laker fans would love to own and I'm sure there's someone out there that does own one. 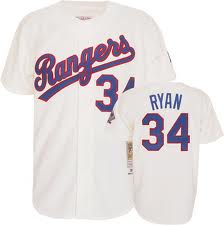 This is one that my wife would love to have but I'm not ready to spend over $300 for it.

Still, it would be a great jersey to own from one of the game's best pitchers of all time. 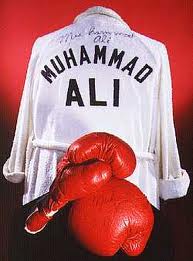 It doesn't get better than this does it? Gloves and the robe, both used, from the great Muhammed Ali. Yeah, I would love to get my hands on those.