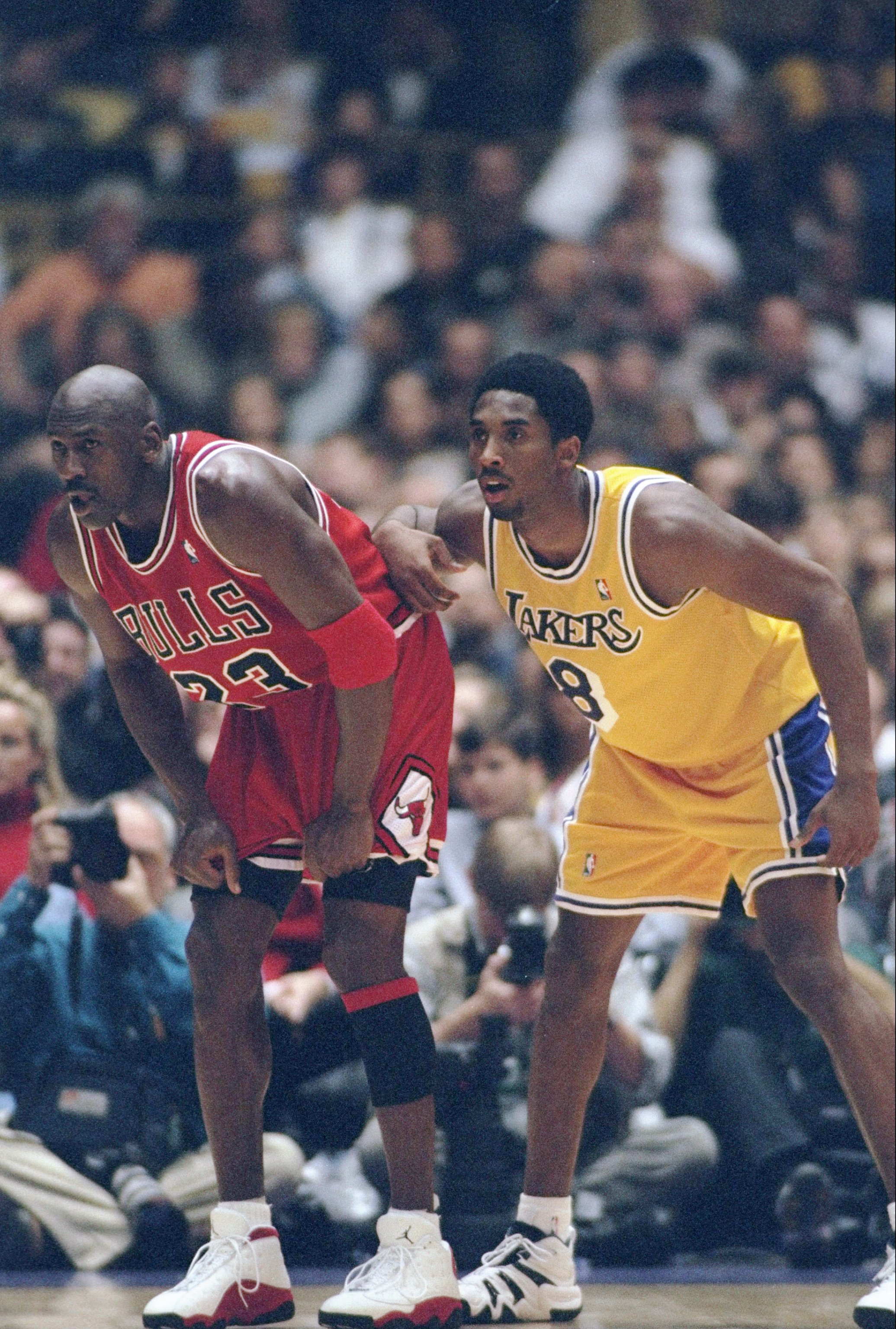 Few players can be counted on when the game is to be won or lost in the fourth quarter. Today, Kobe Bryant is the premier finisher in the NBA and hits multiple game winning shots each season, either at the buzzer or in the final seconds.

But where does Kobe rank all time amongst the NBA's greatest closers?

Recent players like Michael Jordan and Larry Bird come to mind as players who can argue they were better than Kobe in crunch time.

The difference between the legends and the great players is the ability to raise your game when the pressure is on and the lights are shining the brightest.

Here are the top 10 closers in NBA history. 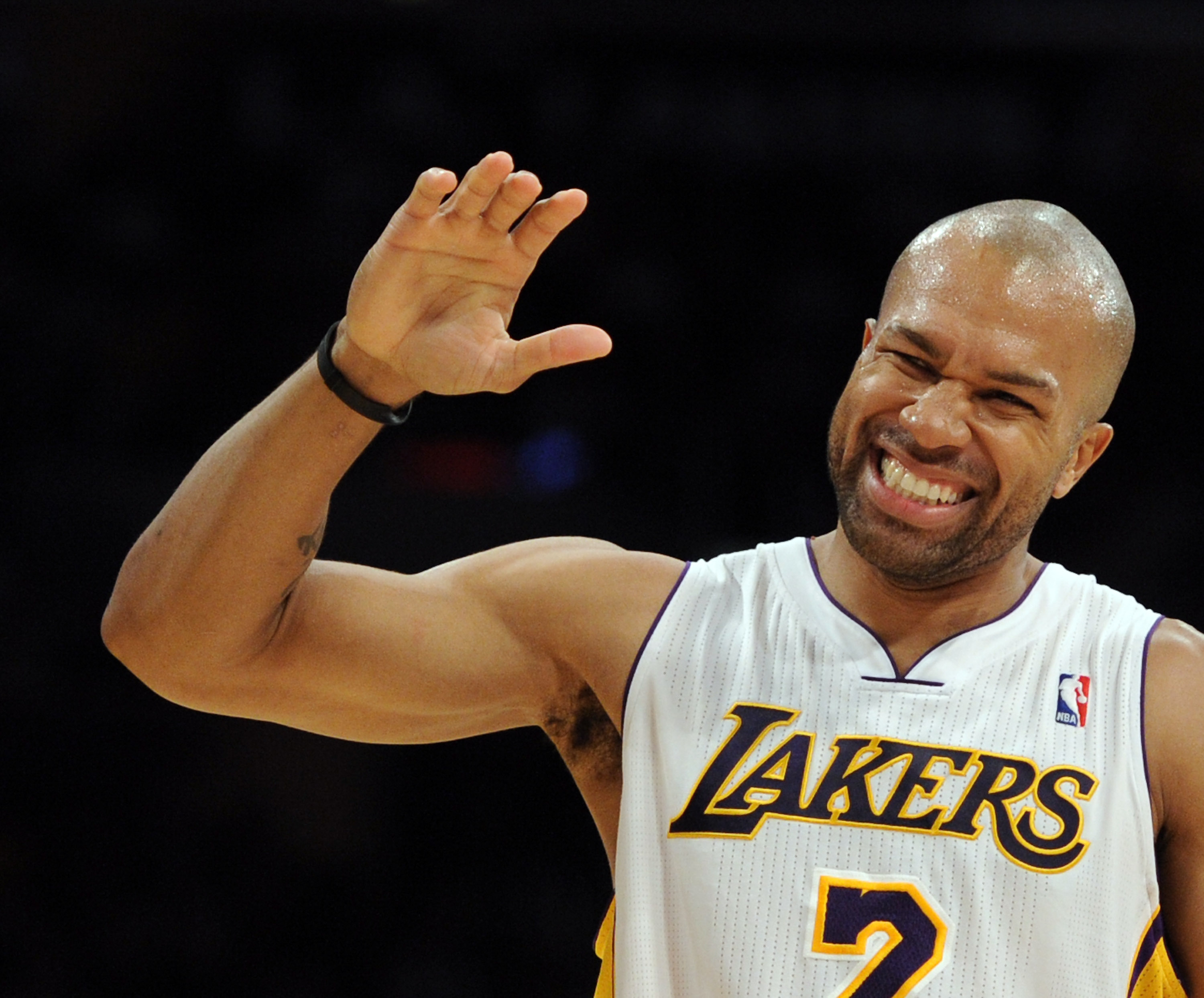 Derek Fisher has never been the Lakers best, or even second best player, on the five championship teams he has been a part of, but without Fisher, the Lakers win none of those titles.

Fisher has an amazing ability to hit big threes in crucial NBA Finals moments, and especially in the 2009 NBA Finals vs. Orlando.

Fisher is a guy Kobe fully trusts with the last shot, which speaks volumes about his reputation in the most pressured situations.

Fisher's greatest clutch moment was in the 2004 Western conference finals vs. the Spurs, when he hit a game winning shot with 0.4 seconds remaining.

Fisher may not even be close in terms of talent with the players who have their numbers retired at the Staples Center, but his number fully deserves to be there one day. 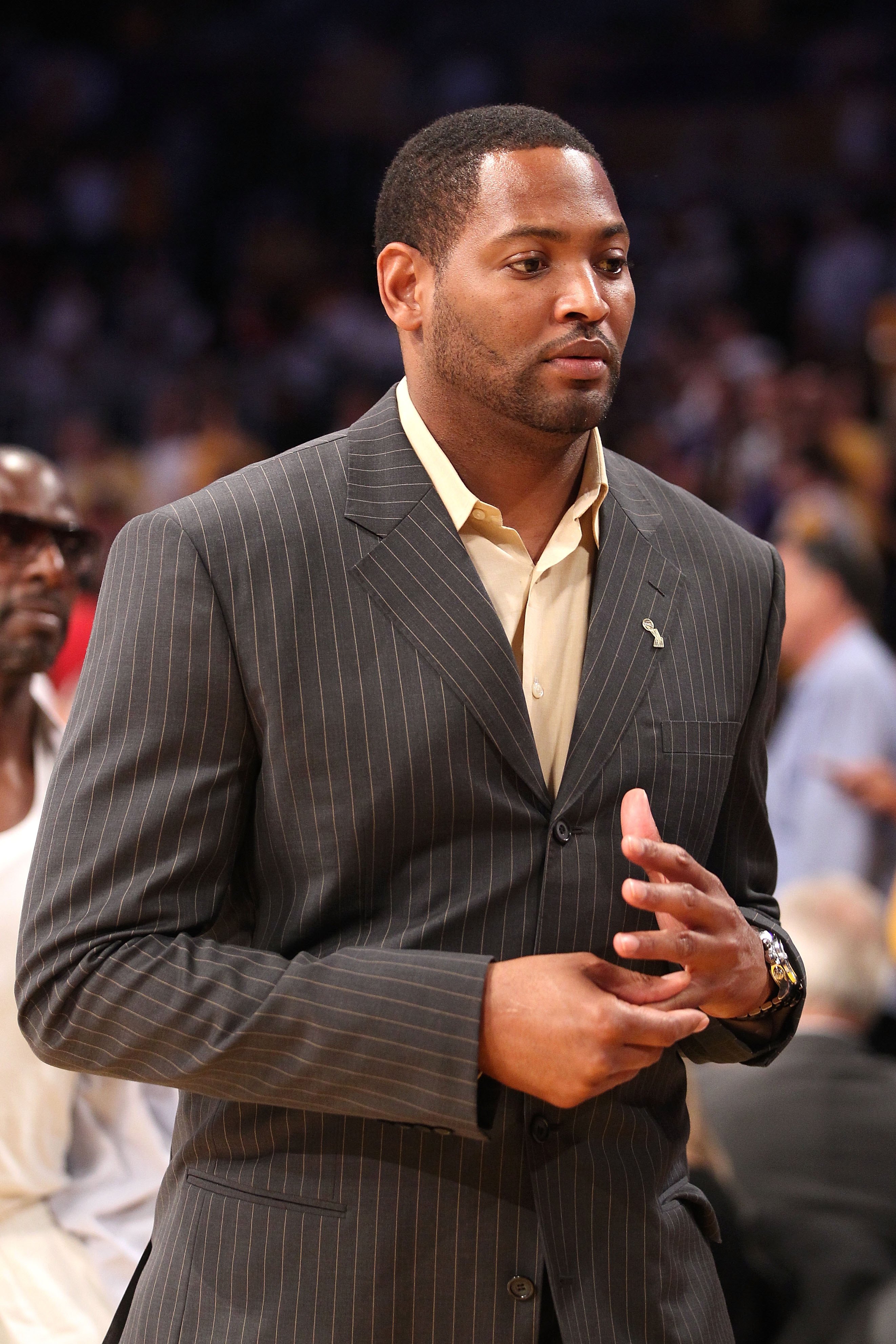 Who has more championship rings than Michael Jordan? A bunch of Celtics and Robert Horry.

Horry has hit many big shots for the Rockets, Lakers, and Spurs in his decorated career.

Big Shot Bob is the perfect nickname for someone who knocks down huge shots in the NBA Finals. Surprisingly, Horry always seems to have a great look at the basket when he lines up for another historic shot.

Horry was more of a spot up shooter with the Spurs, and somewhat with the Lakers, but as a young player with the Houston Rockets, Horry was a go to guy in crunch time, along with Hakeem Olajuwon. 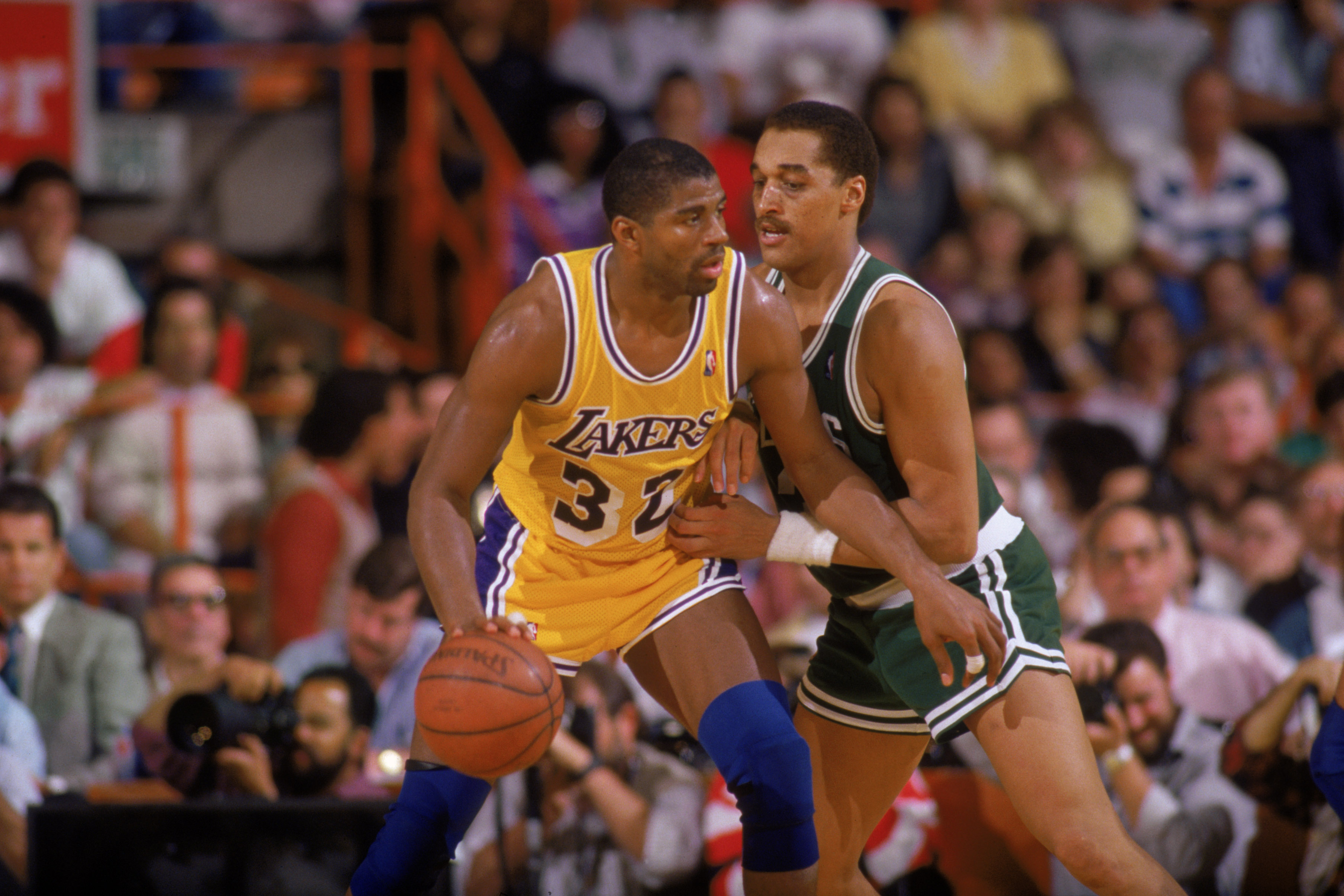 Dennis Johnson is often forgot as one of the best clutch players ever. Johnson was a three time champion with the Seattle Supersonics in 1979 (was also the series MVP) and with the Celtics in 1984 and 1986.

Johnson was a money player and was recently inducted to the Basketball Hall of Fame earlier this year, an honor years overdue.

Johnson was regarded as a defensive menace, but his ability to make big shots is unquestioned. Against the Lakers in the 1985 NBA Finals, Johnson hit the game winner as time expired in Game 4, tying the series.

Larry Bird has repeatedly said DJ is the best player he's ever played with, and the fact that DJ was such a great pressure player certainly has a lot to with that praise. 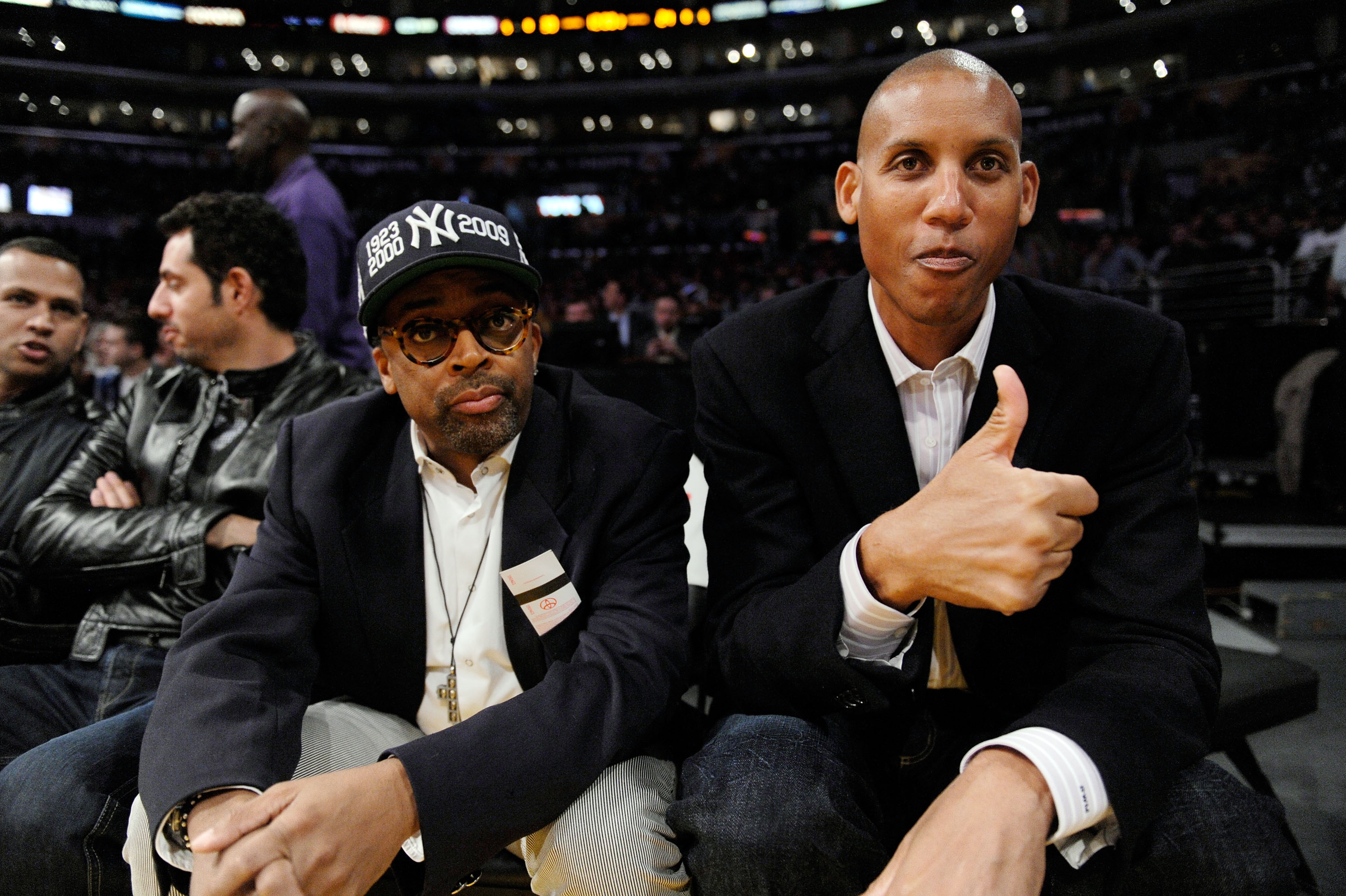 Reggie Miller is one of the best shooters ever, and he's hit many of them with the game on the line.

Miller is famous for his playoff series vs. the New York Knicks in the 1990's. Miller's heroics against the Knicks in the 1994 and 1995 playoffs were some of the most exciting NBA moments ever.

In 1998 vs. Chicago, Miller hit a game winning three pointer in game four. Miller would be a lot higher on this list if he had won a championship.

His lack of NBA Finals success is the biggest weakness in his otherwise stellar NBA resume. 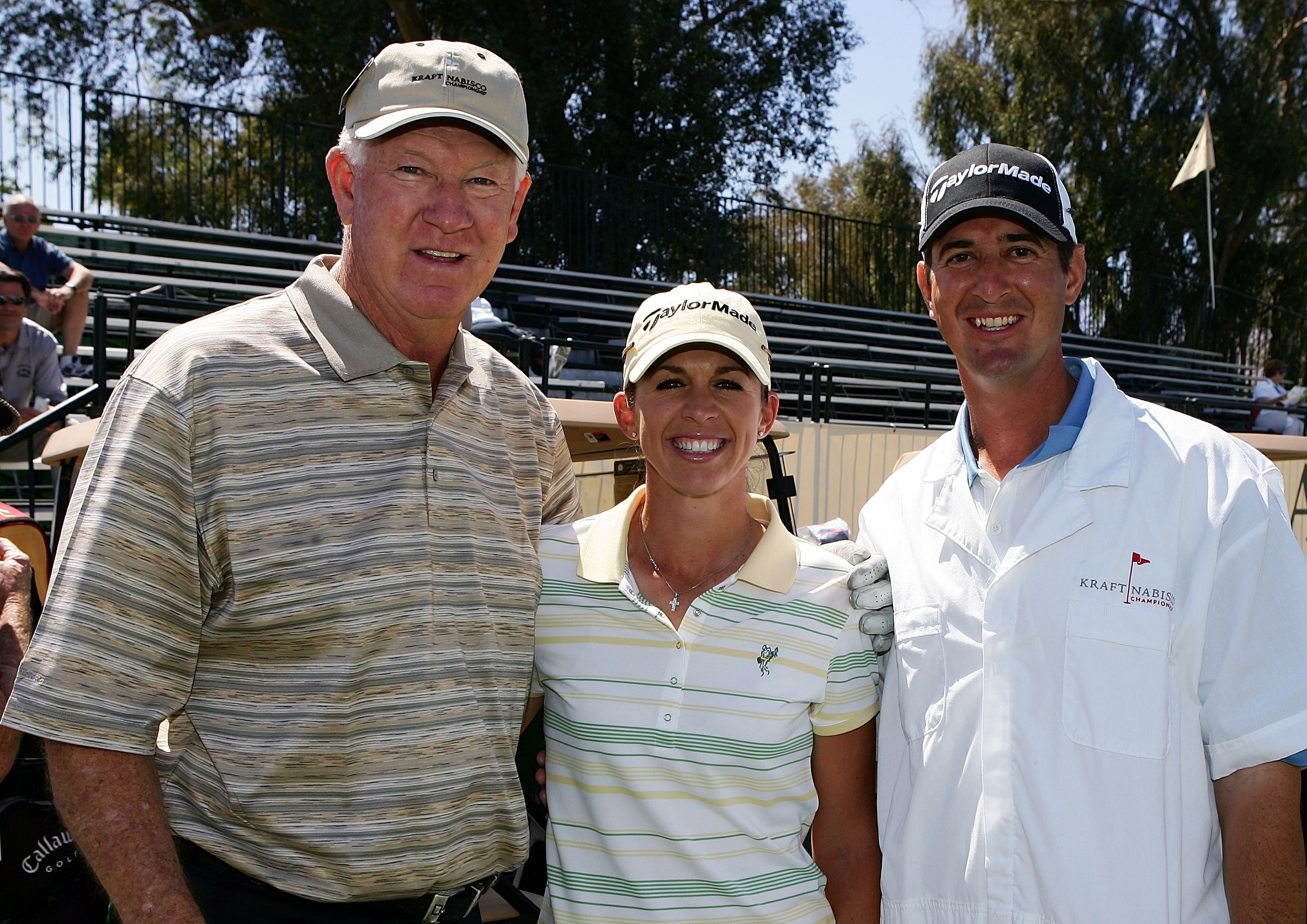 John Havlicek's famous steal in the 1965 Eastern finals vs. Philadelphia is the most memorable play of his career, but with the game on the line, few were better.

Havlicek won many titles with the Celtics, and was always able to score in crunch time. In the 1974 and 1976 NBA Finals, Havlicek led the Celtics with amazing fourth quarter performances, helping Boston win both series.

Havlicek is a top 15 player of all time and someone who demanded the ball in crunch time and produced. 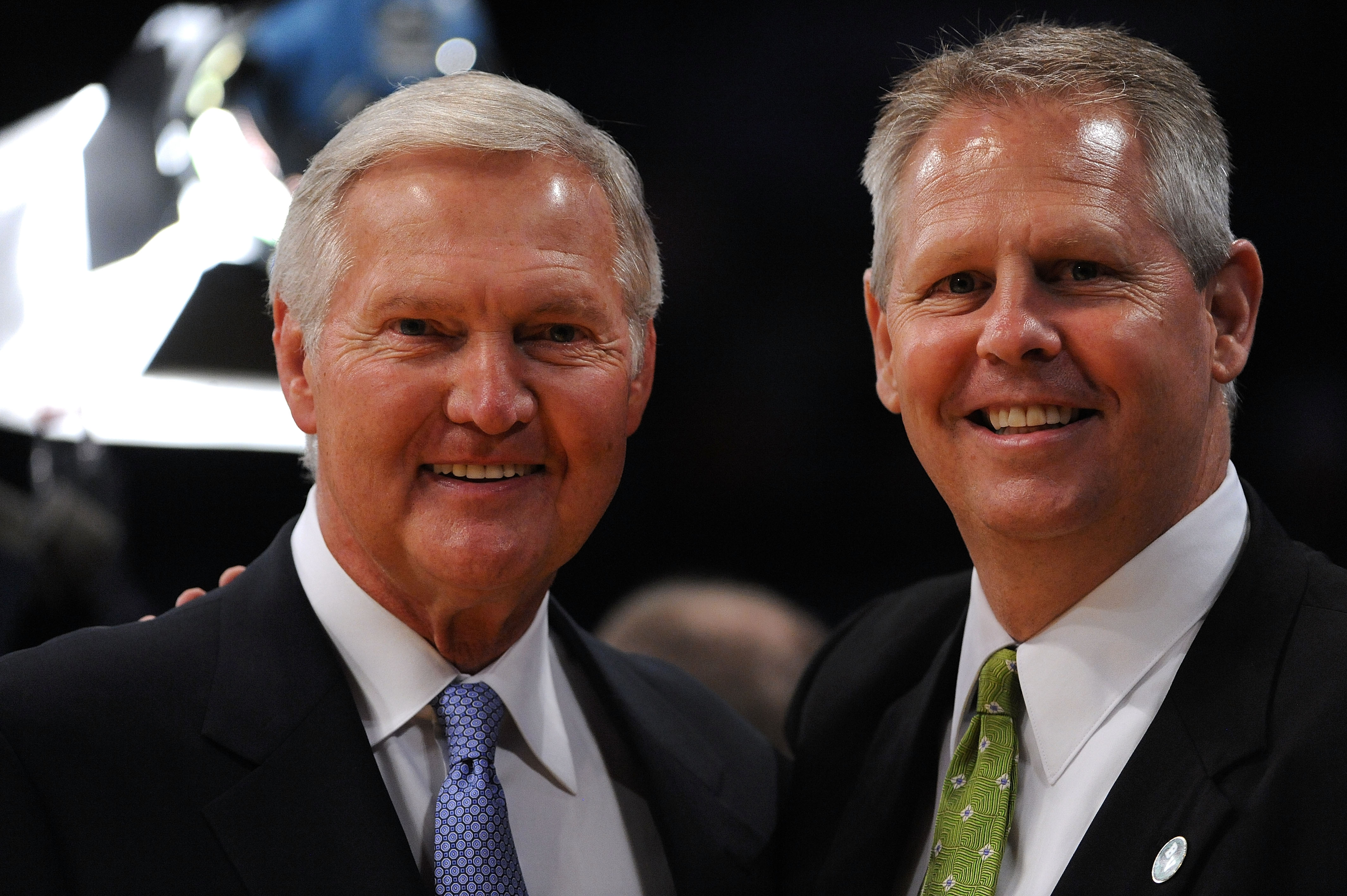 Jerry West was a clutch player, but to call him Mr. Clutch is just absurd. He won only one NBA title, but nonetheless was a great scorer in crunch time.

West was an integral part in the Lakers 1972 championship season. This Lakers team was one of the best ever, and West rose his game to new heights to finally win the title that had eluded him before.

West was ahead of his time as a scoring guard, and only Michael Jordan has a higher career playoff scoring average.

West was frequently unable to lead his Lakers past the Celtics in several NBA Finals, many of which went to sixth and seventh games.

West is an all time closer, but he is far from the best. 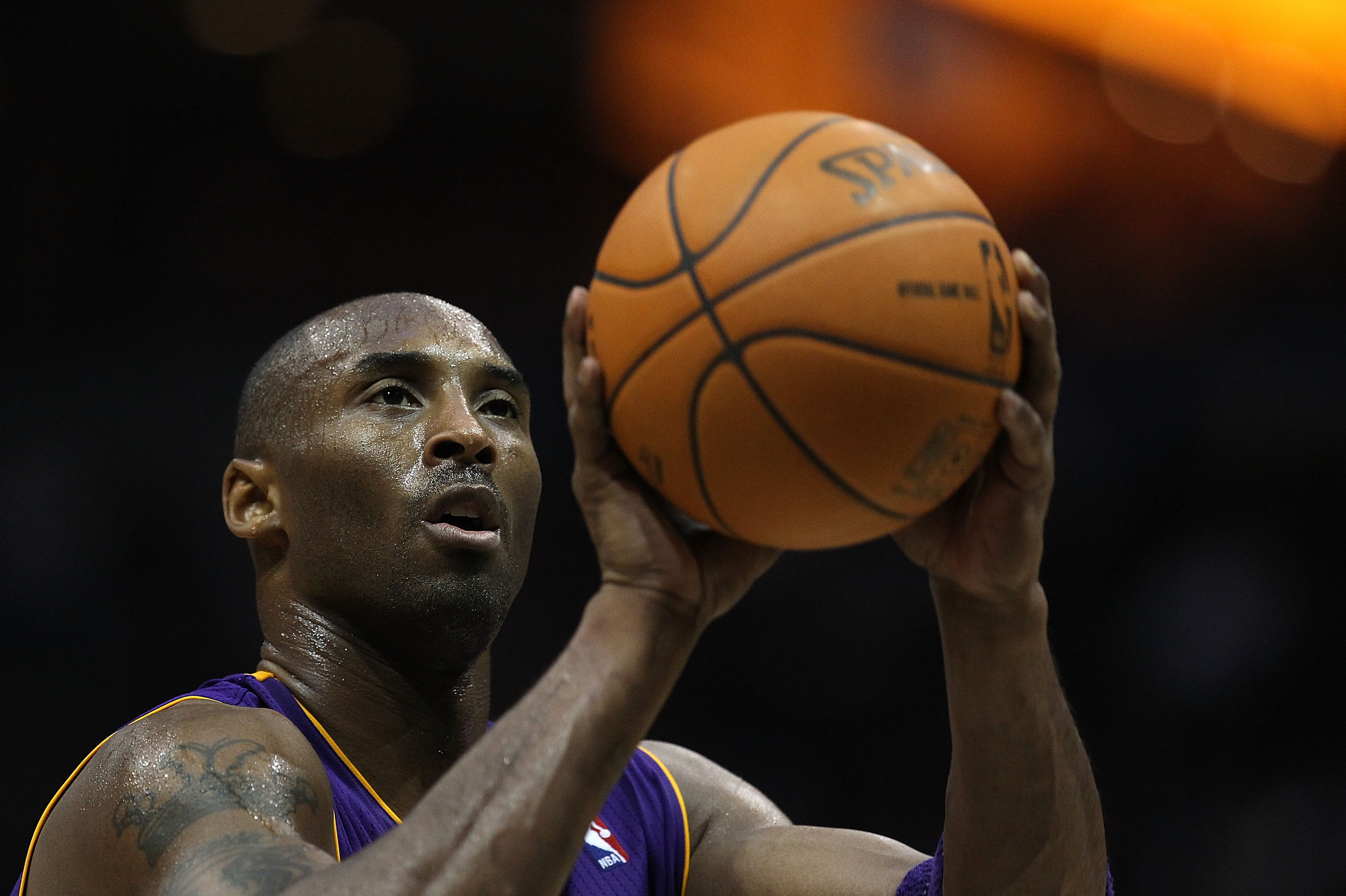 Kobe Bryant is the most feared basketball player on the planet. Opposing team's coaches, fans, and players cringe every time he hoists up a potential game winning shot.

Kobe can create any shot for himself, and still has the ability to blow by younger guys.

Kobe's competitive fire is what makes him a great closer, and only in the last few seasons has this fire become a raging flame.

Since Shaquille O'Neal left Los Angeles, Kobe Bryant has been on a mission to prove he can lead the Lakers to the promised land as the number one guy.

Bryant has his Lakers team attempting to win their third consecutive NBA title this season, and if he does accomplish that, he will be elevated to a class very few players are a part of.

Kobe has become a player who demands the ball in crunch time, and his confidence is contagious for his teammates.

Kobe has unlimited range on the floor and is an excellent foul shooter. Even if he's shooting poorly on a particular night, he only needs one final shot to beat you.

Unfortunately, I could not find a photo of Sam Jones, but if you are a basketball fan, look up a picture and the accomplishments of Boston Celtics legend Sam Jones.

Sam Jones' legacy of a clutch player is summed up in a few statistics.

He was 9-0 and averaged 27ppg in his career in game sevens.

In the 1969 NBA Finals (see above video), Jones forced a game seven with a game winning shot in game six vs. the Los Angeles Lakers.

No player has shined brighter when the entire season comes down to one game than Sam Jones.

Celtics legend Bill Russell has a quote about Jones which sums up the respect Sam has around the NBA.

"In the seventh game of a championship series, I'll take Sam over any player who's ever walked on a court" - Bill Russell. 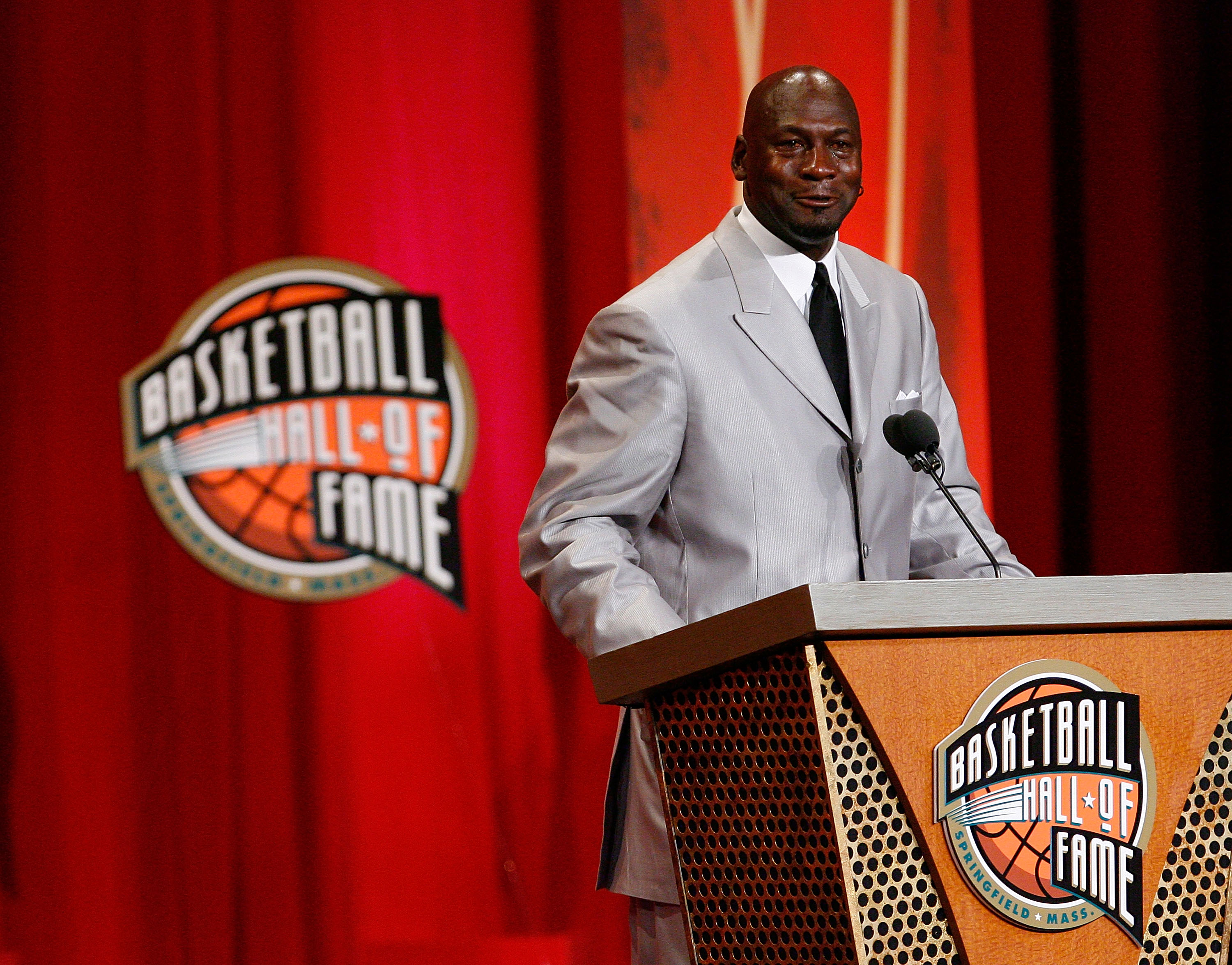 When I was a kid, I would always pretend I was Michael Jordan attempting a last second buzzer beater to win the NBA championship.

For a generation of basketball fans, Jordan was the epitome of clutch and the ultimate closer of the last 20 years.

As a six year old, my dad took me to the Boston Garden to see the historic 1996 Chicago Bulls play the Boston Celtics. My father told me to watch how Jordan and his team played the game, and even as a young kid, I understood how great MJ was.

The list of Jordan's buzzer beaters and late game heroics is too long to count, and when the playoffs arrived, Jordan always had special moments for NBA fans to witness.

Michael Jordan has torched some of the NBA's best defensive teams ever in the postseason, including some very physical teams from New York and Detroit.

With the game on the line, everyone knew Jordan was going to win or lose the game, and more often than not, he led the Bulls team to victory. 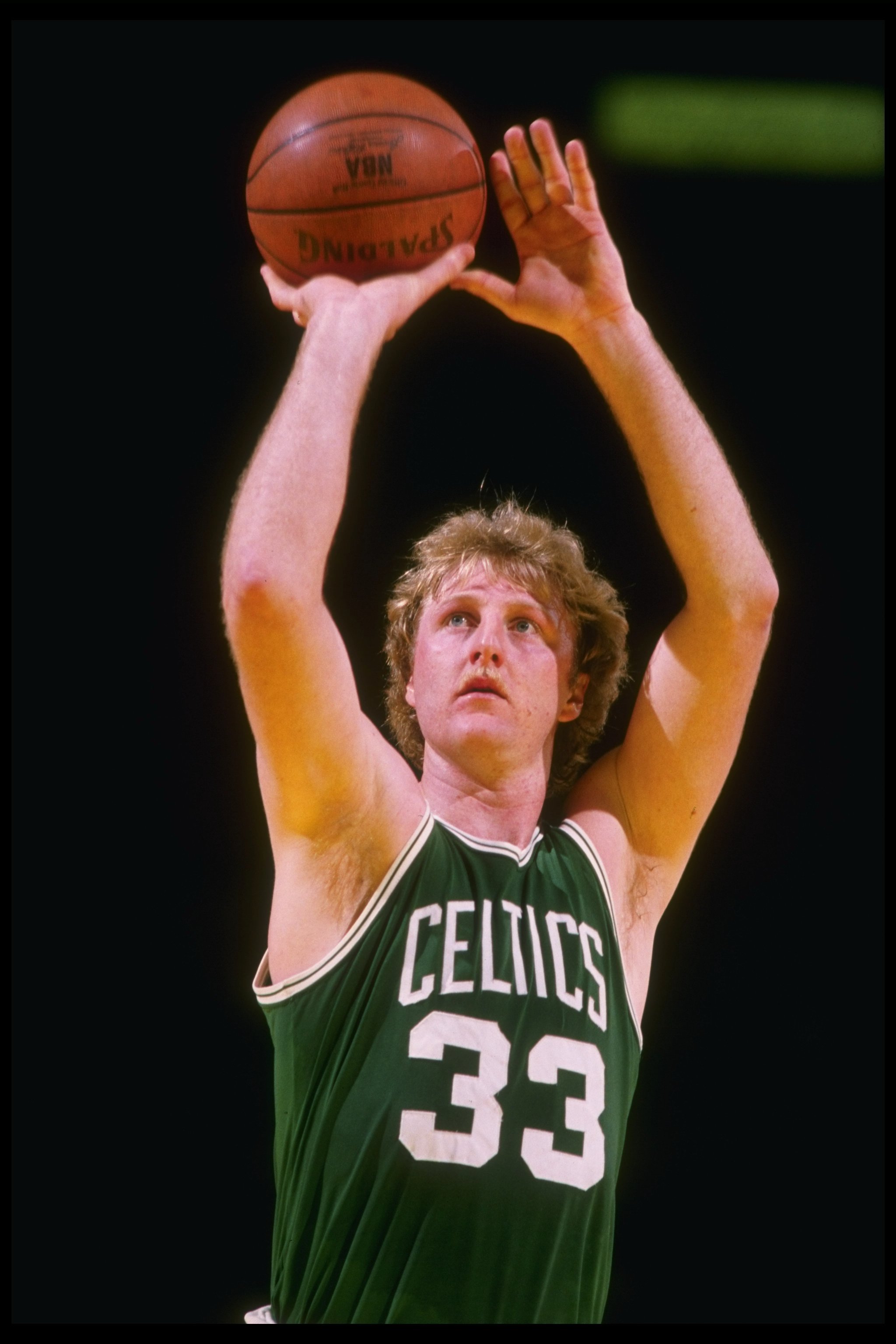 Larry Bird is the best basketball player ever. There was nothing he couldn't do.

Critics said he couldn't jump, but he would grab 10 rebounds in hundreds of games. People said he wasn't fast, yet he'd lead the fast break often.

Bird was a fearless competitor and the best clutch player ever. Unlike Michael Jordan, Bird played in a much more competitive and physical era of basketball.

Bird's greatness can be shown by his NBA Finals performances. In the clinching sixth game of the 1986 NBA Finals, Bird recorded a triple double, leading the Celtics past the Houston Rockets for the team's 16th NBA title.

Larry would walk up to opposing players seconds before he would attempt a game winning shot and tell them where he was going to shoot it from. He would then take the ball and win the game right where he said he would.

Larry Bird is the first guy you want with the ball in the final seconds of an important game.

Magic Johnson once said, " A lot of black guys ask me was Larry Bird really that good? And I tell them, Larry Bird was so good, it was frightening." 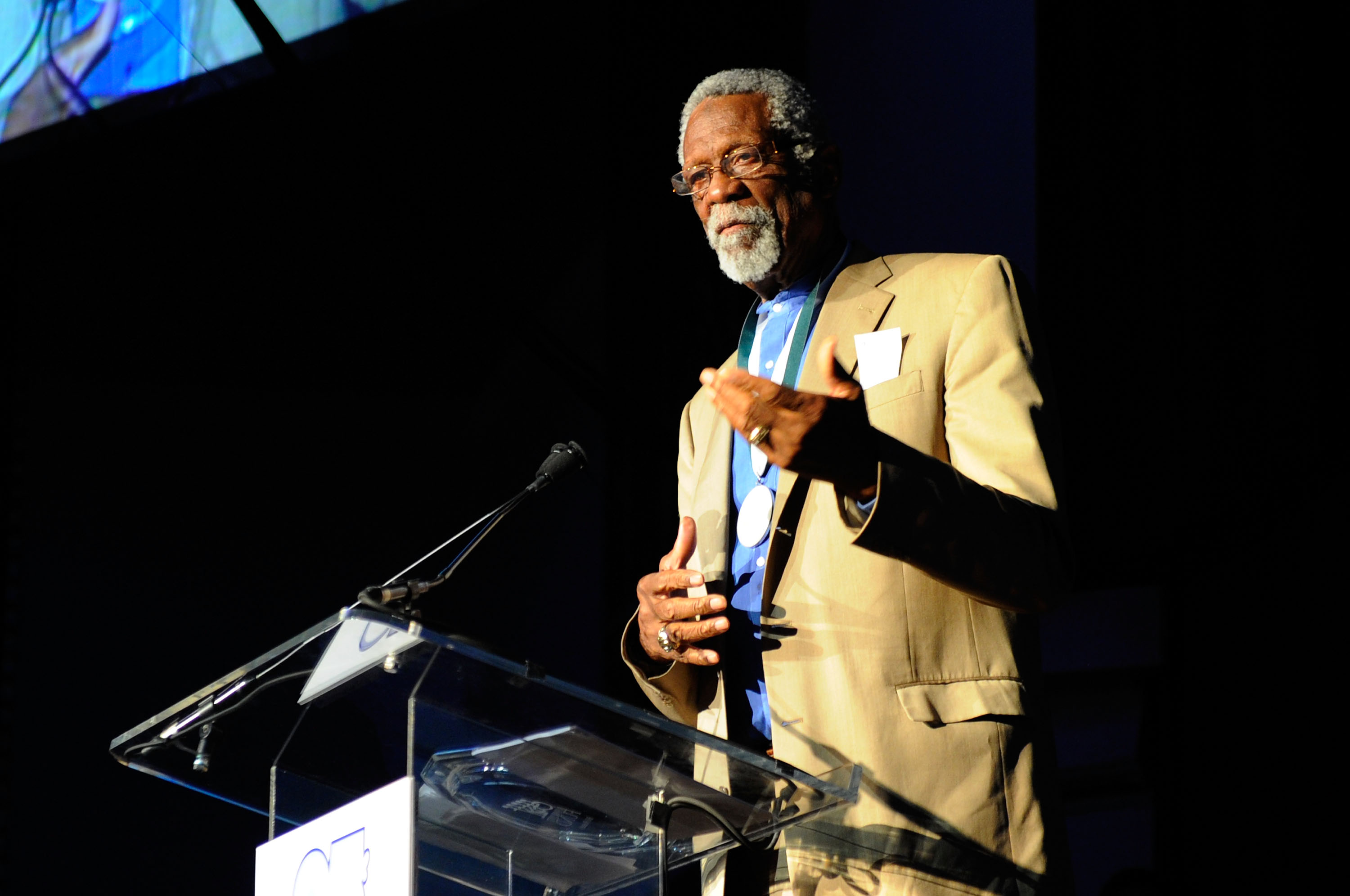 Here is my list of the greatest closers in NBA history. These players are the epitome of clutch.

I tried to not ignore the older players from the 1960-70's. Many of these guys are often forgotten in lists like these, and their accomplishments should not be ignored, especially those of Sam Jones.

Choosing between Bird and Jordan was touch, but I felt the teams Larry beat in the 1980's were far better than Jordan's competitors in the 1990's.

Either way you construct this list, there's going to be many Celtics and Lakers players.