Pedro Martinez or Sandy Koufax? Why Tim Lincecum and His Frame Won’t Flame Out 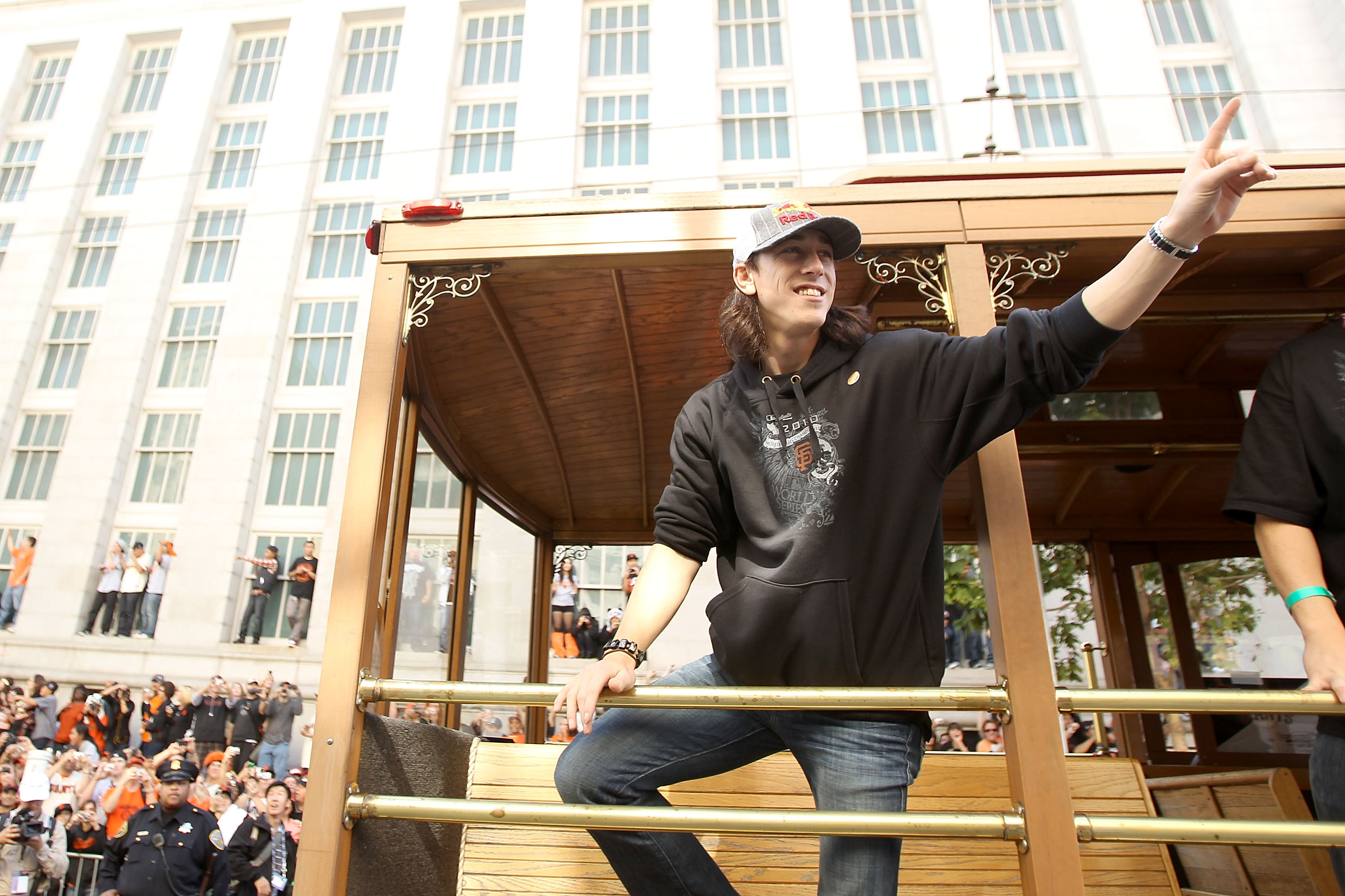 The San Francisco Giants have been the 2010 World Series Champions for about a week now, which means Tim Lincecum and his buddies are probably just now fully appreciating what they've done for The City.

However, as the champagne from San Francisco's first baseball title goes flat and the last scraps of confetti get washed away by November rains, greedy Bay Area eyes are already turning toward 2011 and beyond.

The rosier lenses in the region see a lot more winning down the road.

With the young rotation bristling with talent and forged by postseason experience, Buster Posey behind the dish, and a budget that can/should expand efficiently, there is plenty about which to be excited if you follow baseball on the shores of the San Francisco Bay.

Yet any discussion about los Gigantes that involves a look to the future inevitably comes back to Lincecum, his slight build, and his importance to the team. The (sound) logic is that the horizon gets considerably grayer if the Franchise isn't taking the pearl every fifth day and his skeptics are perpetually predicting the first muscle strain or bulging disc that will announce the beginning of the end.

For Timmy and for the Giants.

But those skeptics haven't been paying attention. 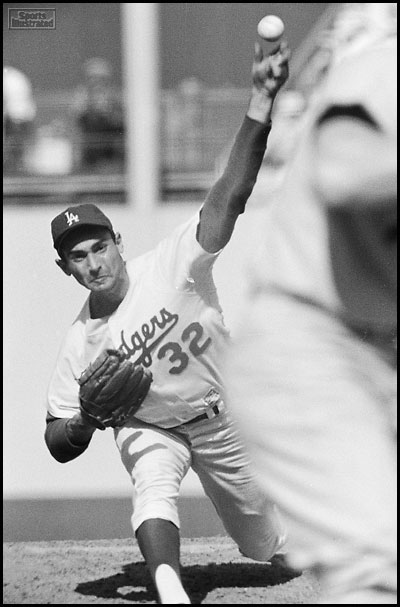 Here is the gold standard for what might've been from the pitcher's mound.

Sure, there have been other blinding talents who have flamed out before reaching full luminosity, but most of those guys collapsed onto themselves before cashing in on even a hint of their potential.

Sandy Koufax established himself as a bona fide Hall of Famer before arthritis forced him from the game at the spry age of 30. In other words, the southpaw was so good, so young, and with such consistency during his 12-year career that he still had no trouble waltzing into Cooperstown as the youngest enshrinee ever despite its premature end.

The Left Arm of God claimed three Cy Young Awards in an era when only one trophy was handed out for both leagues, he was a seven-time All Star, his teams won four World Series, and he managed to claim the 1963 NL MVP Award.

Additionally, he spun four no-hitters and one of those was a perfect game.

And yet, we're still left to wonder what might have been had health gremlins not plagued him during much of his career and eventually robbed him of another four or five excellent seasons. 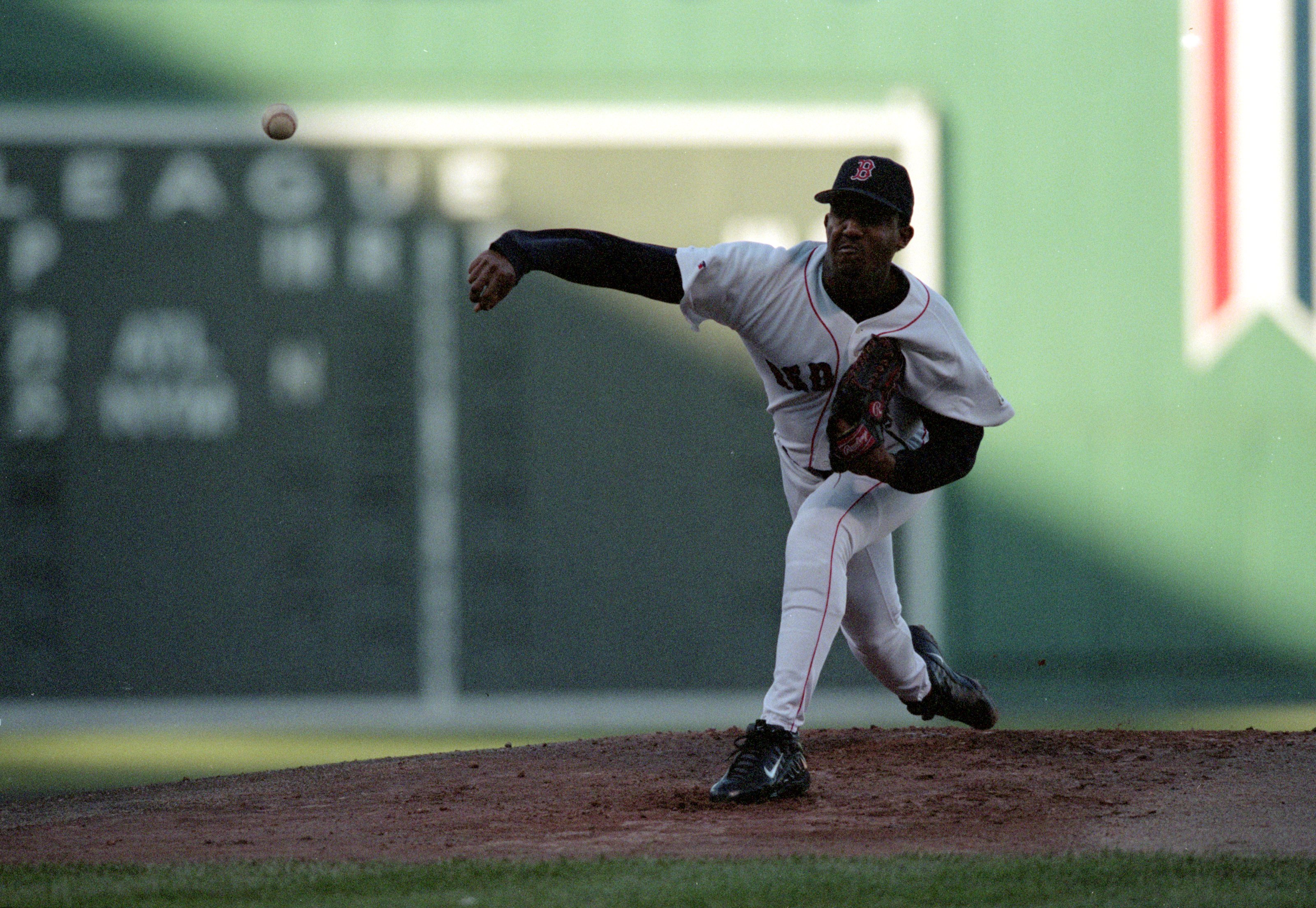 If you focus too much on the latter stages of Pedro Martinez' career, you might be conned into thinking the guy was a fragile waif who couldn't weather a full season of major-league abuse.

You would be wrong.

But perhaps the most incredible thing about Pedro was how durable the little guy was when the dust settled.

At only 5' 11" and 170 pounds, Martinez stands as a monument to the potential of the not-so-monumental. 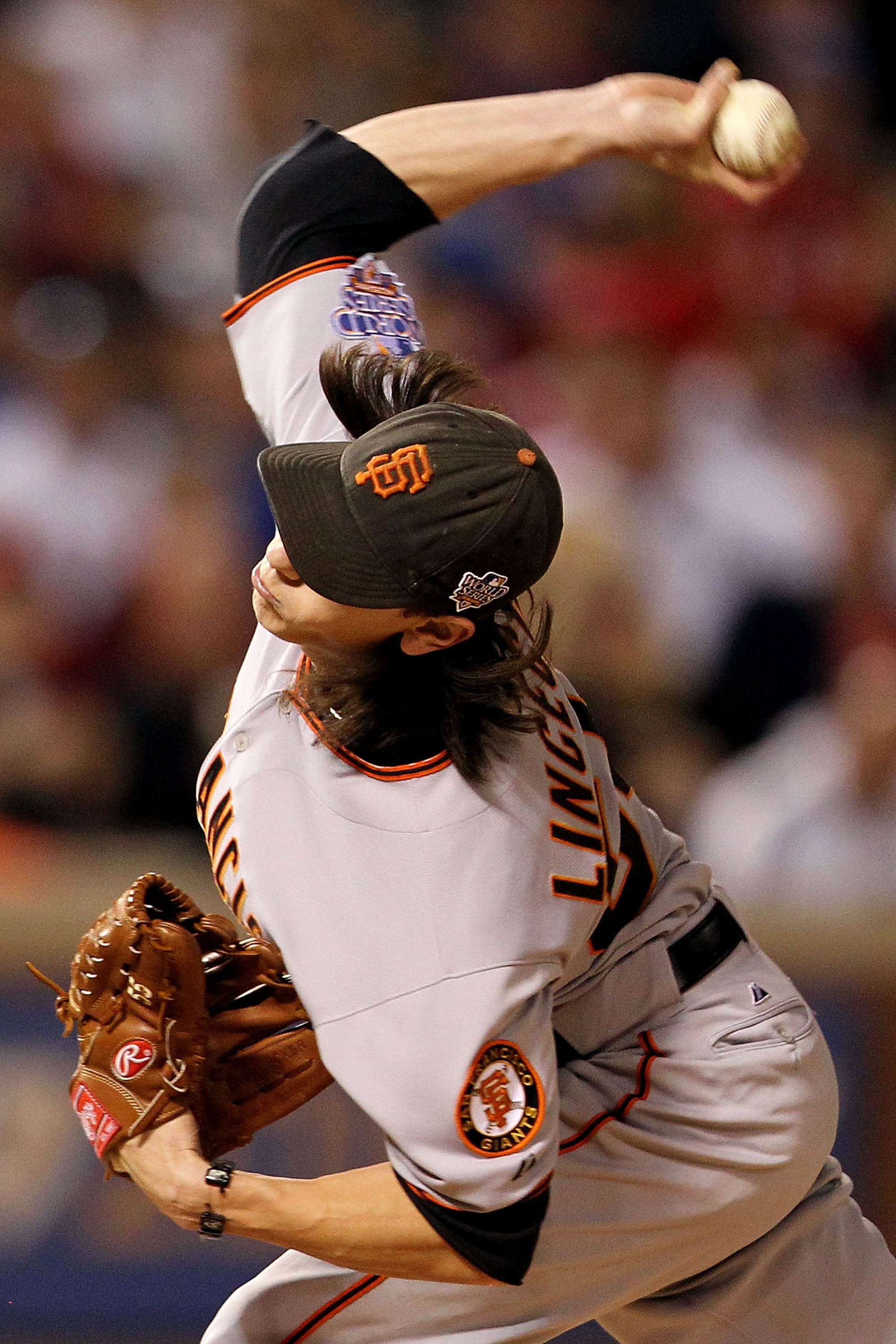 Much of that familiarization centered on his "violent" delivery thanks to the depressingly shallow analysis coming from the FOX broadcast booths, but somewhere lost in all the hype was the fact that all that "violence" has always been the plan.

It's not as if Lincecum stumbled into this delivery—he and his father worked on it from his conception if legend is true.

In other words, there is genuine method to all the apparent madness.

That's not to say the theory is infallible; obviously, nobody knows for sure whether the unorthodox mechanics are an improvement on traditional baseball thought or just a novelty act.

But, so far so good.

Anything can happen as the mileage on the Freak's right arm piles up, but he's been enduring the stress for a while now and there haven't been many cracks in the foundation.

Ice in His Veins, But Not on His Arm 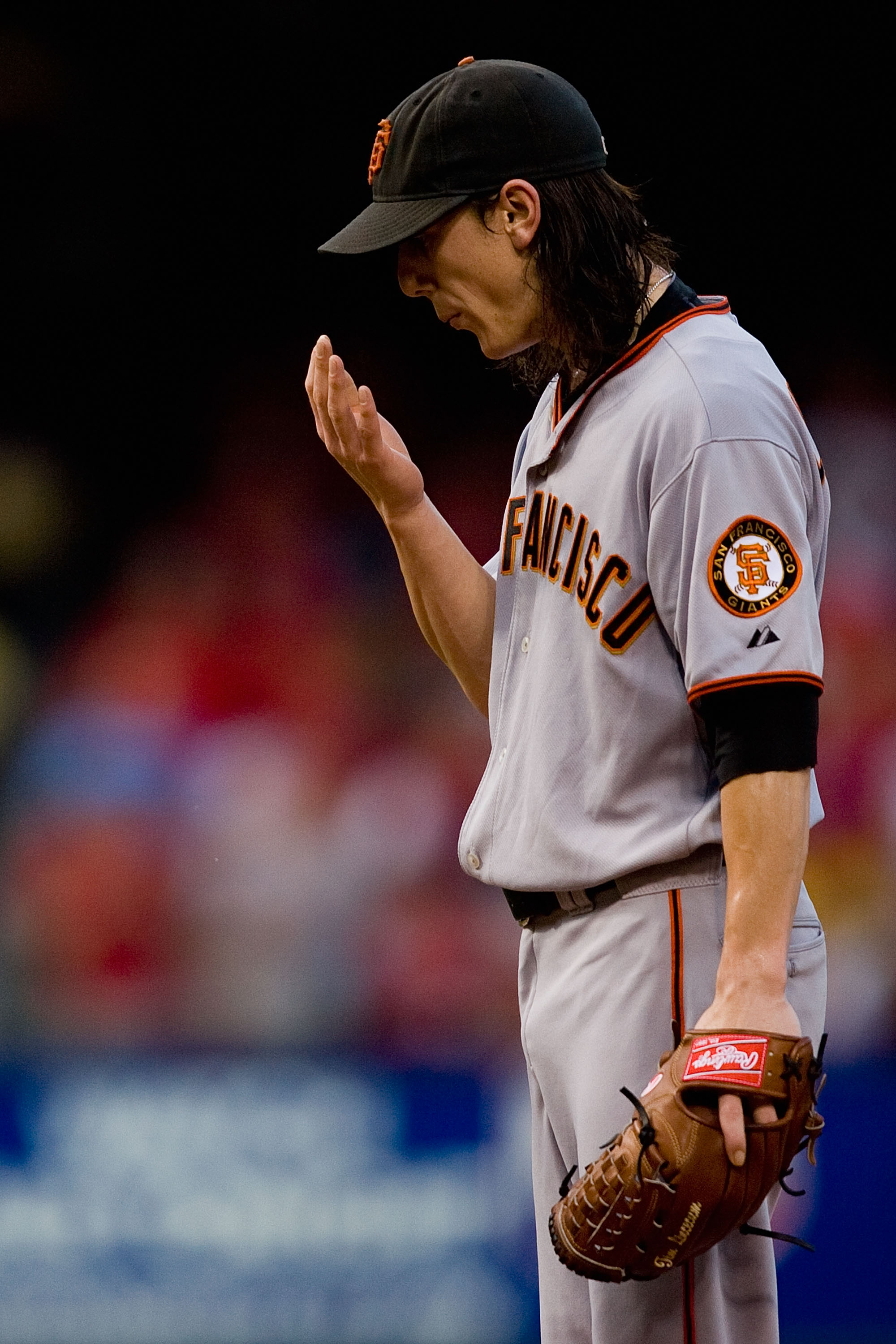 With his performance down the stretch for the San Francisco Giants, Tim Lincecum truly earned his lesser-used moniker of Big Time Timmy Jim. The Gents' ace was one of the primary sparks as they started their championship push in September, using a strong final month to overtake the San Diego Padres.

Finally, Timmy went head-to-head with the best pitchers in baseball and outdueled them all—he took out Derek Lowe in Game 1 of the NLDS, beat Roy Halladay in Game 1 of the NLCS, outpitched Doc again in Game 5 despite taking the loss, and then beat Cliff Lee twice in the World Series.

For those keeping score, that's three Game 1 wins and the clinching Game 5 in the World Series.

So clearly, Tim Lincecum is a cold-blooded assassin when the stakes are at their highest.

And yet he's possibly the only pitcher in Major League Baseball who does NOT ice his arm in between starts.

You've gotta believe that bodes well for his future health—surely he'd be icing if there were ever lingering soreness in that cannon.

Lincecum Knows How to Stay...Ahem, Loose 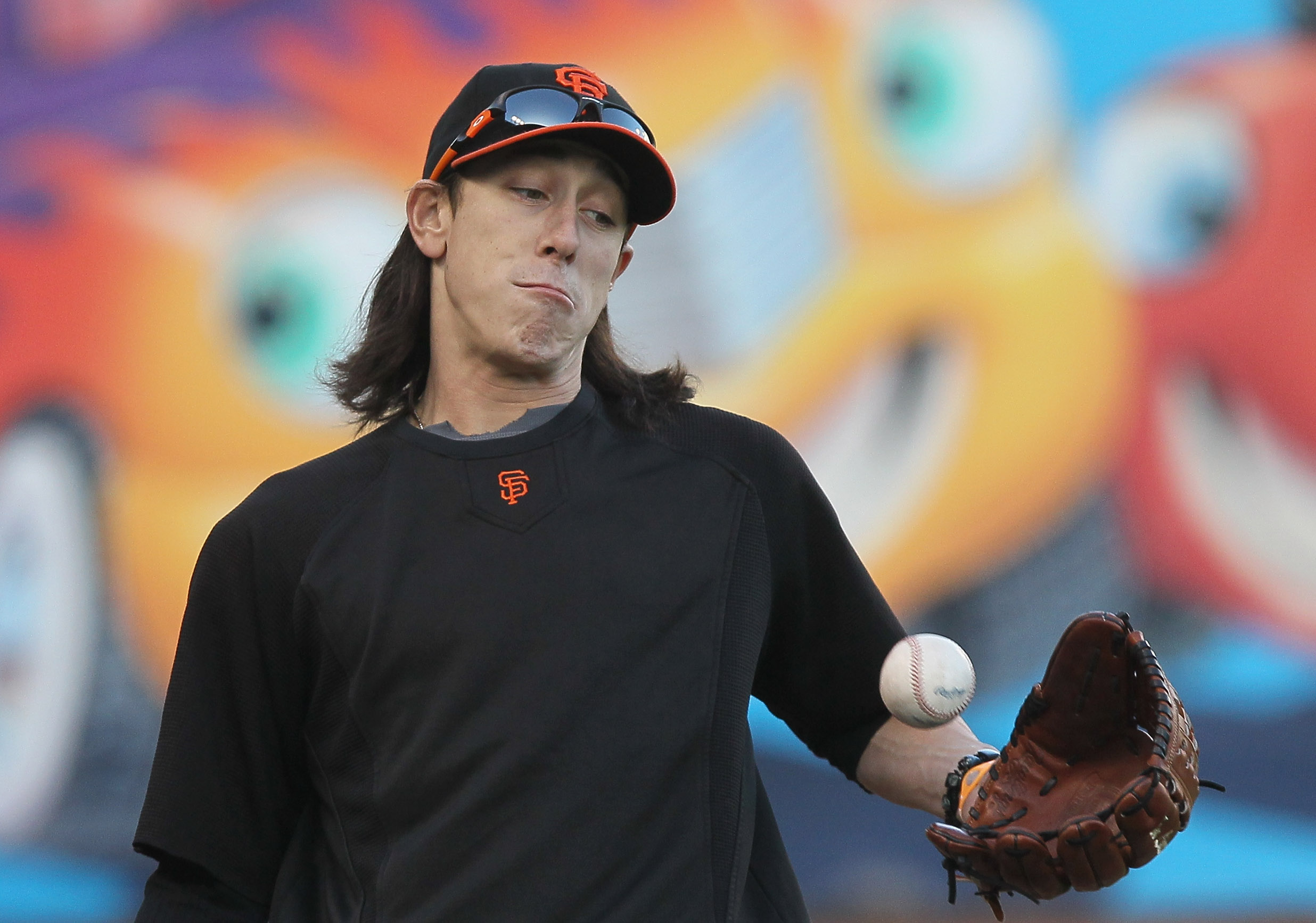 C'mon, the guy stars for a Northern California baseball team, he hails from even skunkier parts of the Pacific Northwest, and he got pinched for possession in the offseason.

You knew a weed joke was coming.

But, hey, if Michael Jordan's secret was the shoes, who knows? 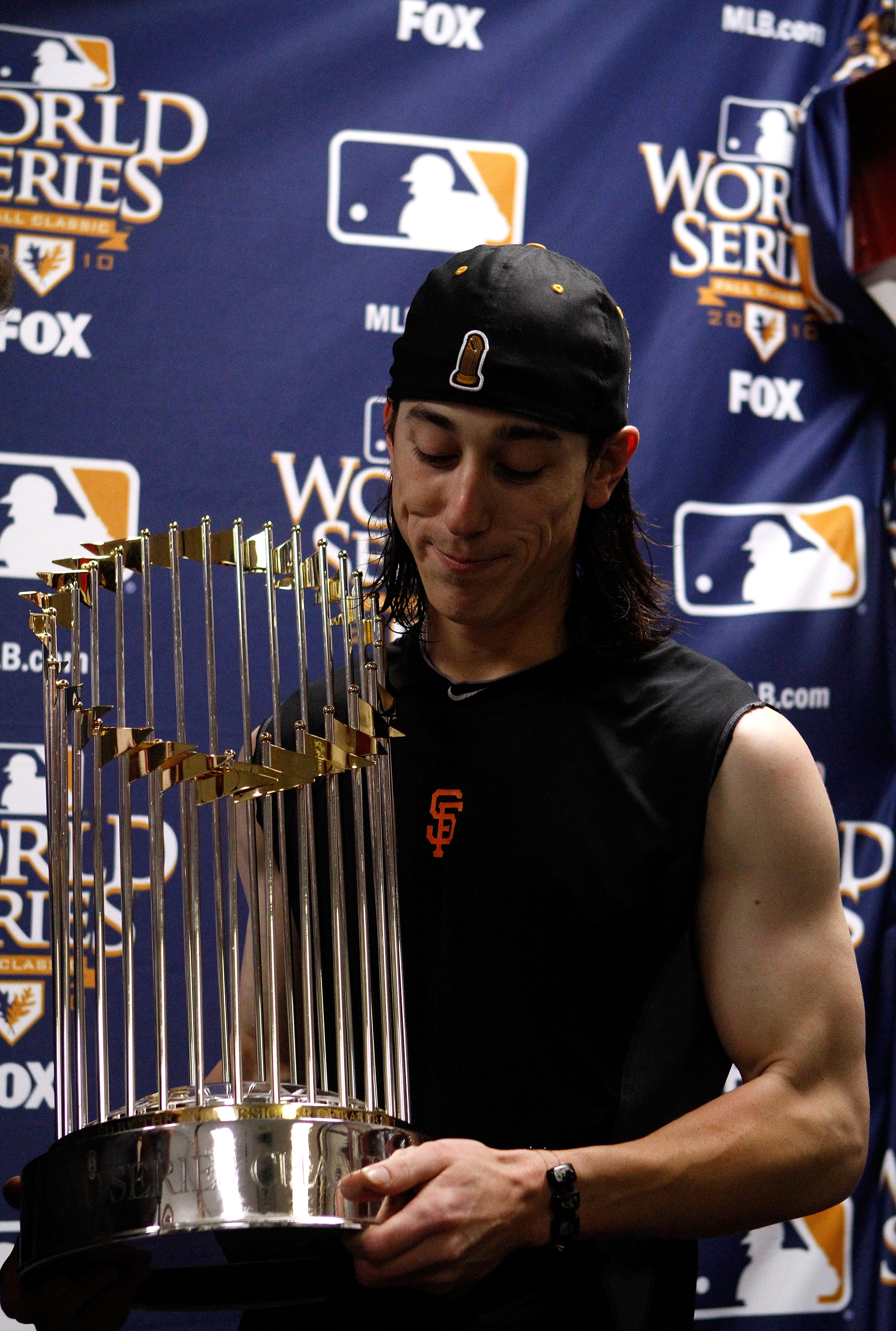 Yes, Big Time Timmy Jim will never be mistaken for one of his NFL brethren who appear to have been chiseled out of muscular marble. It's much more likely he spends his time in the gym working on flexibility and endurance rather than brute strength.

But that's a good thing considering where and how he butters his bread.

"[Lincecum] has so many golden years in front of him. He's gonna stay healthy. He's got one of these crazy bodies. He's built like rubber. He's so flexible and strong, he reminds you of a gymnast."

Baked Zito should know a bit about what it takes to stay healthy in the Show. In 10 full seasons, Barry has never thrown less than 180 innings nor taken less than 32 starts i.e. for better or worse, durability has NEVER been one of Zeets' issues from the bump. 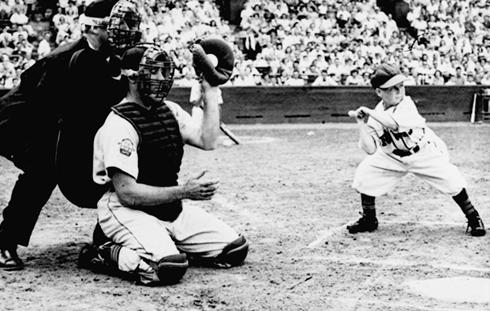 This isn't the NFL, where a player really needs to be a certain height/weight for his own safety, let alone efficacy. Nor is it the NBA, where you're simply not going to compete unless you're a certain height.

This is Major League Baseball—the land of David Eckstein and Eddie Gaedel.

Frankly, being of slight build might be an advantage for a pitcher with the right physical constitution (read: elastic with a strong lower body).

Judging from still shots of Timmy in the dugout and athletic plays he's made from the mound over the years, I'd say the Freak has a lot of give in those bones, tendons, and muscles. He reminds me of a guy I played high school baseball with who was like a left-handed version of Lincecum—tiny (about 120 pounds soaking wet) yet he just whipped a nasty fastball by just about everyone in our league.

He even went on to get a cup of coffee in the Majors.

The point is that size is merely a starting point in the Big Leagues and a lack thereof can be easily compensated for if the individual possesses other gifts (like a rubber band that launches 90+ MPH heat where most humans have an arm) and does his due diligence.

Which brings me to... 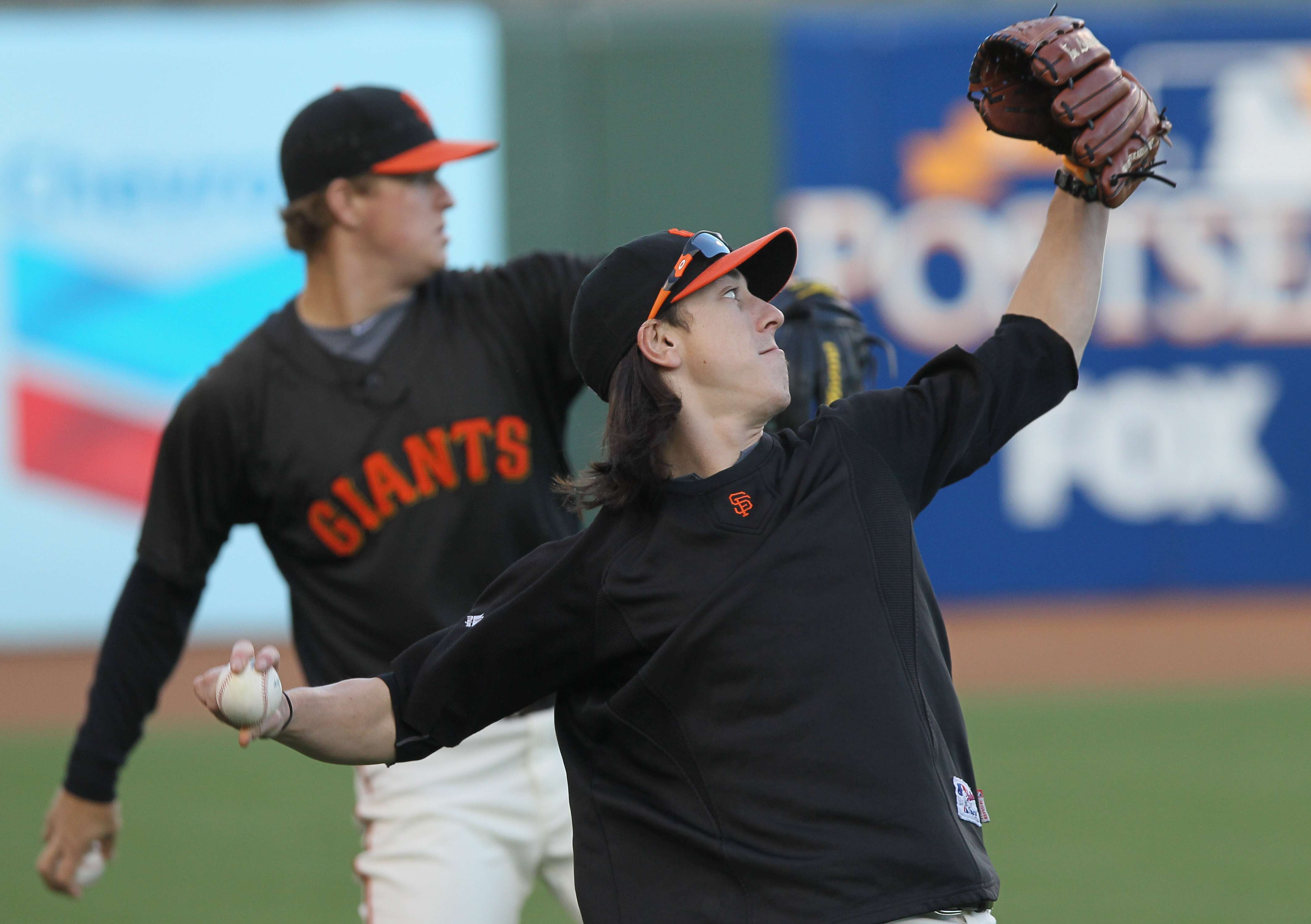 When Tim Lincecum struggled through a month of August too ugly to reduce to print (again), word leaked out that the prize of the rotation wasn't taking his conditioning as seriously as perhaps he should. Rumblings pegged a flagging lower body for Big Time's drop in velocity and consequent loss of command.

Enter Matt Cain, a bunch of stadium stairs, and exit pitching woes for the smaller right-hander.

That's obviously oversimplifying the matter, but the specifics of how are not as significant as the fact that the ace recognized an area of weakness, addressed it, and produced immediate results with little to no push-back upon which other two-time defending Cy Young winners or comparable stars might stubbornly insist.

That sort of attention to detail and willingness to remain open to suggestion/improvement can't help but facilitate longevity. One would think the 26-year-old will continue to evolve his approach to the game with a constant eye toward fortifying his body against fatigue and—by association—injury. 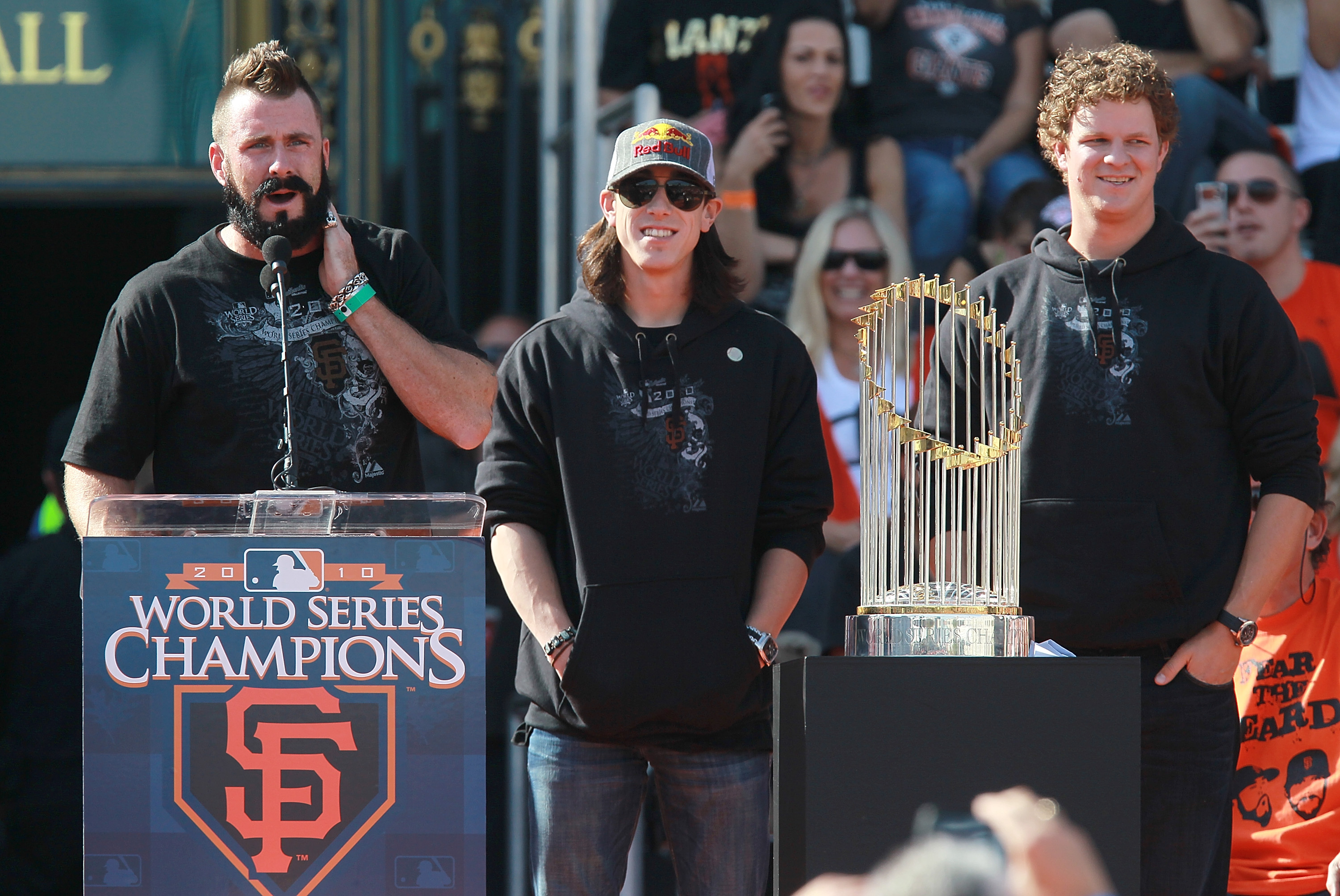 And, besides, I've been knocking on wood this whole time...

**Click Here to Learn More About the Paralyzed Veterans of America**