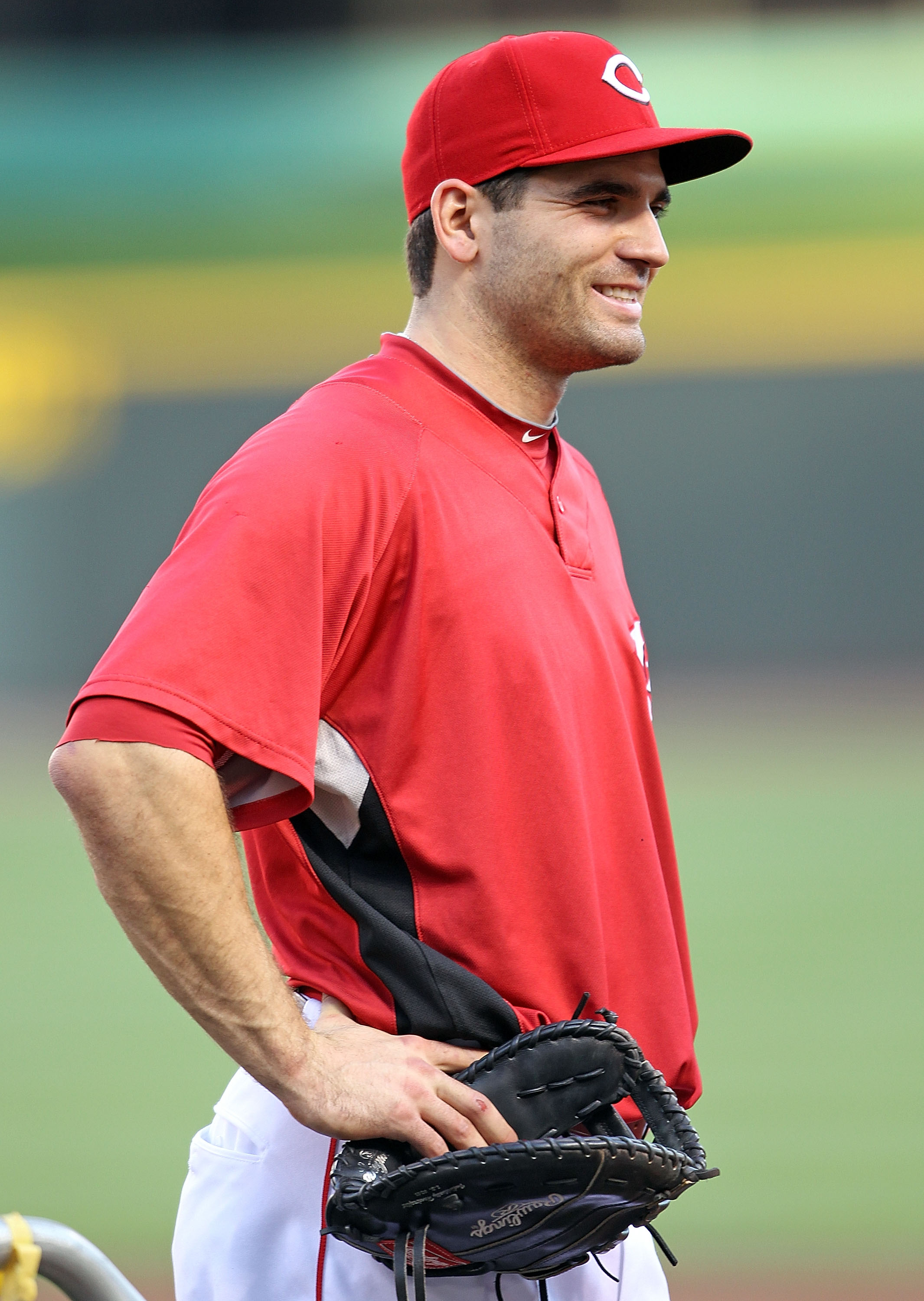 The 2010 MLB season had plenty of tremendous individual stories.

People were still talking about a potential Triple Crown bid by three different players in the National League in mid August.

As it turned out, Albert Pujols ran away with the home run crown with 42 and killed the intrigue.

But Joey Votto and Carlos Gonzalez put together some of the most impressive individual numbers of any player in recent memory.

Pujols didn't sport the batting average of the other two, the Cardinals were a big disappointment as a team, and Pujols is always in the mix for MVP. Pujols is out.

So let's take a look at the two leading candidates for the most valuable player in the National League; Joey Votto and Carlos Gonzalez. 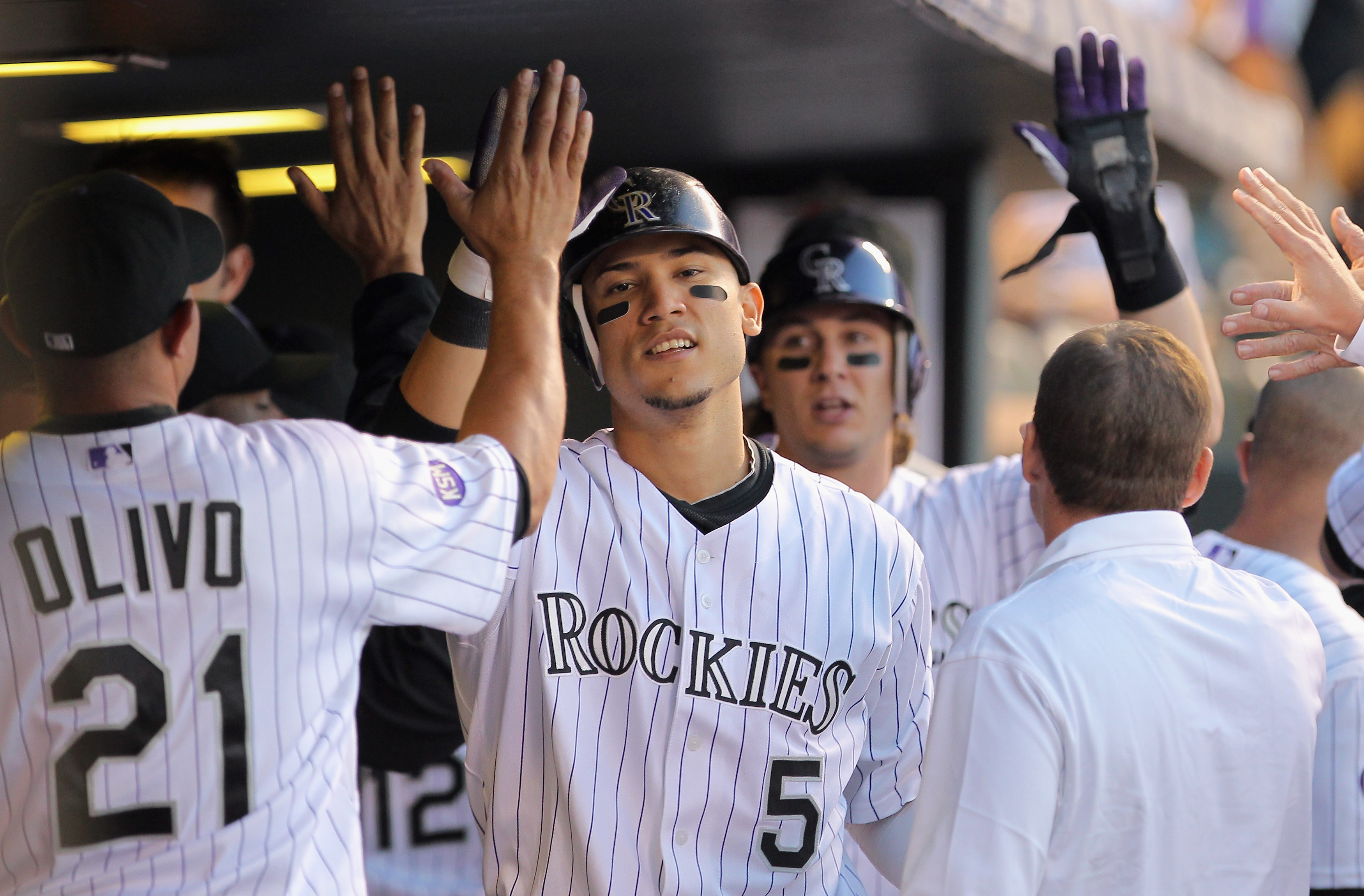 Gonzalez won the N.L batting title with a .336 average. Votto finished second with a .324 mark.

Was Cargo aided by the friendly confines of Coors Field? He hit .380 at home and .320 on the road.

Gonzalez gets bonus points for his scorching-hot month of September. He hit a video game like .393 in the month.

This came at the most crucial time of the season for the Rockies. With the help of Troy Tulowitzki, the Rockies almost made another miracle September run into the postseason. 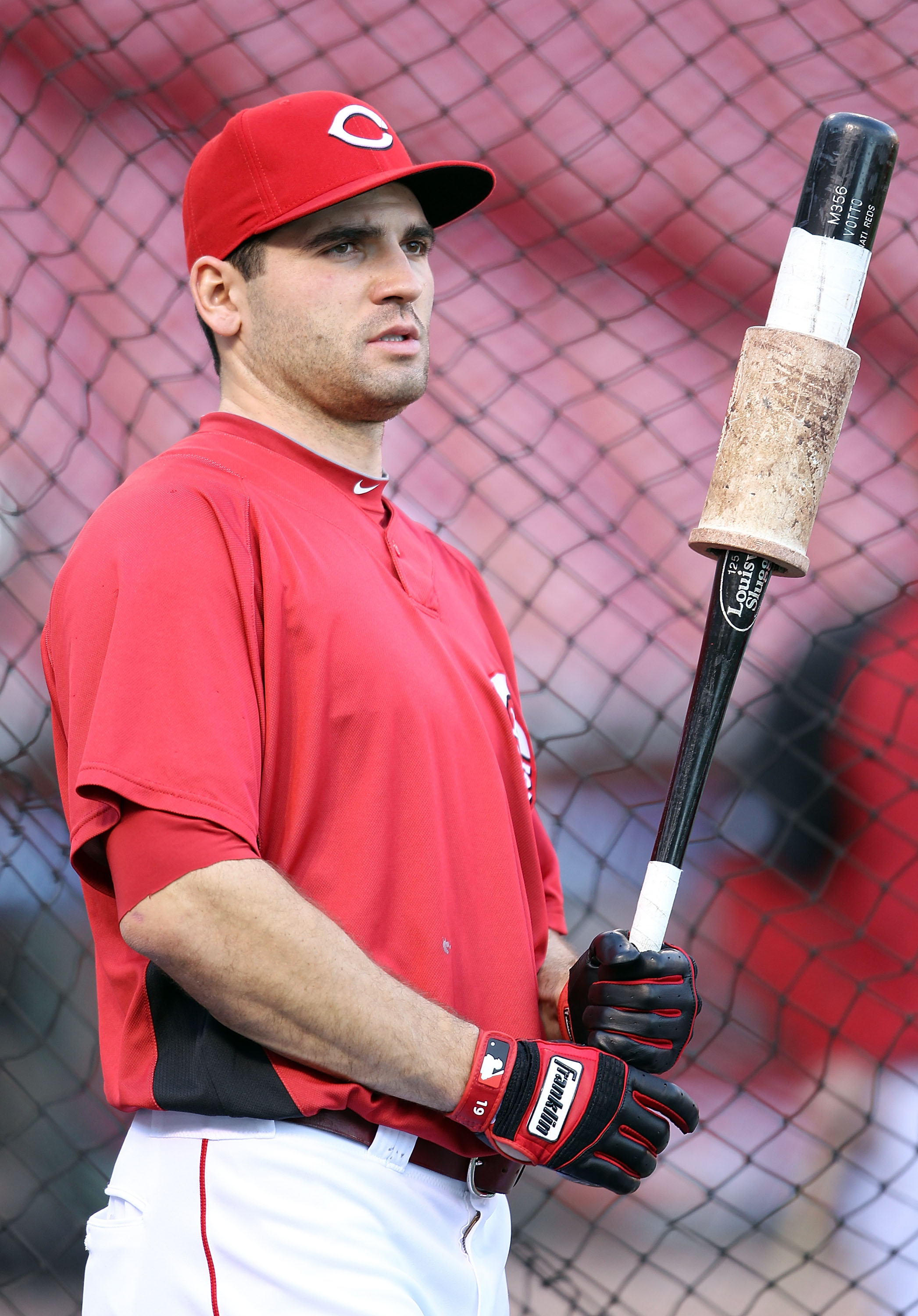 Gonzalez barely beat out Votto in this category, knocking in 117 to Votto's 114.

Both players had three months of knocking in over 20 runs.

Gonzalez collected 28 ribbies with men in scoring position and two outs. In the same scenario Votto had 26.

The duo were the heart and soul of each team's respective lineup, but Cargo had the better protection batting clean-up. Troy Tulowitzki hit in the four-spot for most of the season while Votto had Scott Rolen hitting behind him. 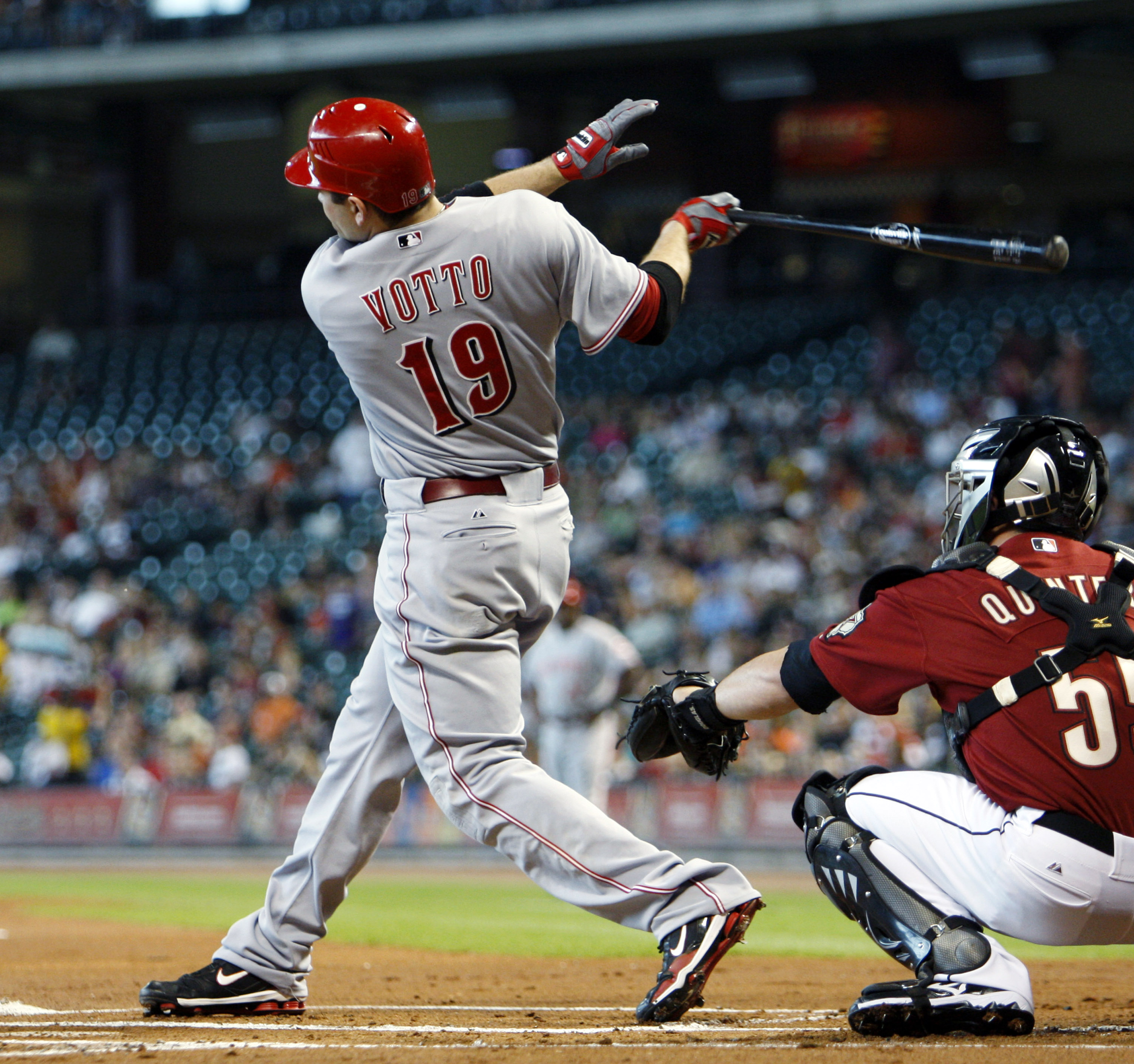 Another close battle, Votto ended up with 37 to Gonzalez's 34.

Each player hit 20 solo homers and one grand slam.

But the Coors Field factor may play a big part in this match-up. Gonzalez only hit eight home runs at visiting parks while Votto actually hit more on the road (19) than at home (18). 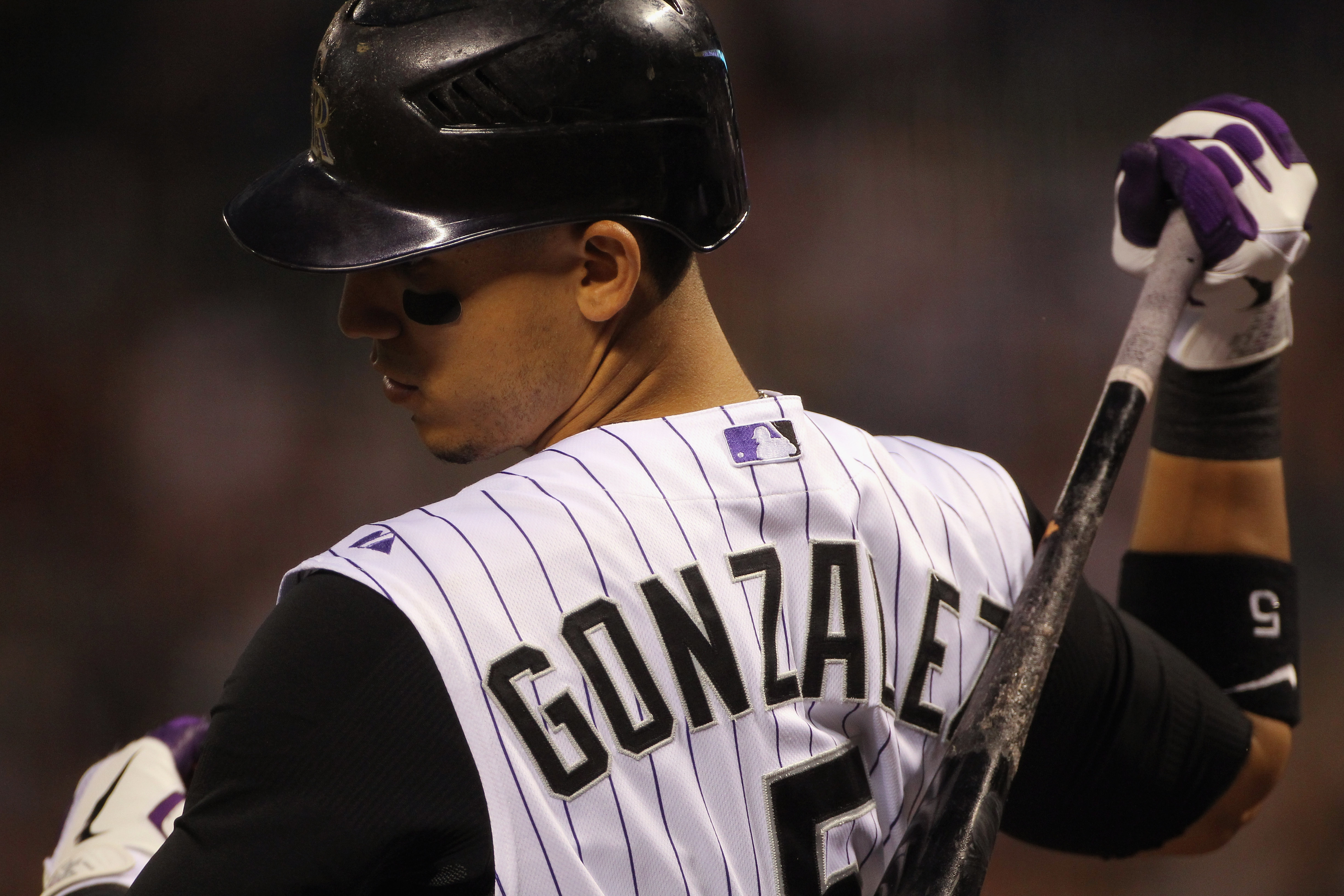 Essential this means that Votto was able to get on base at a higher rate than Cargo. The difference is in the amount of times each player drew a walk. Votto had 90 free passes while Gonzalez only had 45.

This is a key stat to look at.

Votto was able to get on base 45 more times than Gonzalez via the walk. Many of Votto's walks were either intentional or in an attempt to pitch around him. So how much better would Votto's stats be if he didn't have so many walks?

This is also known as the Barry Bonds "what if" question. 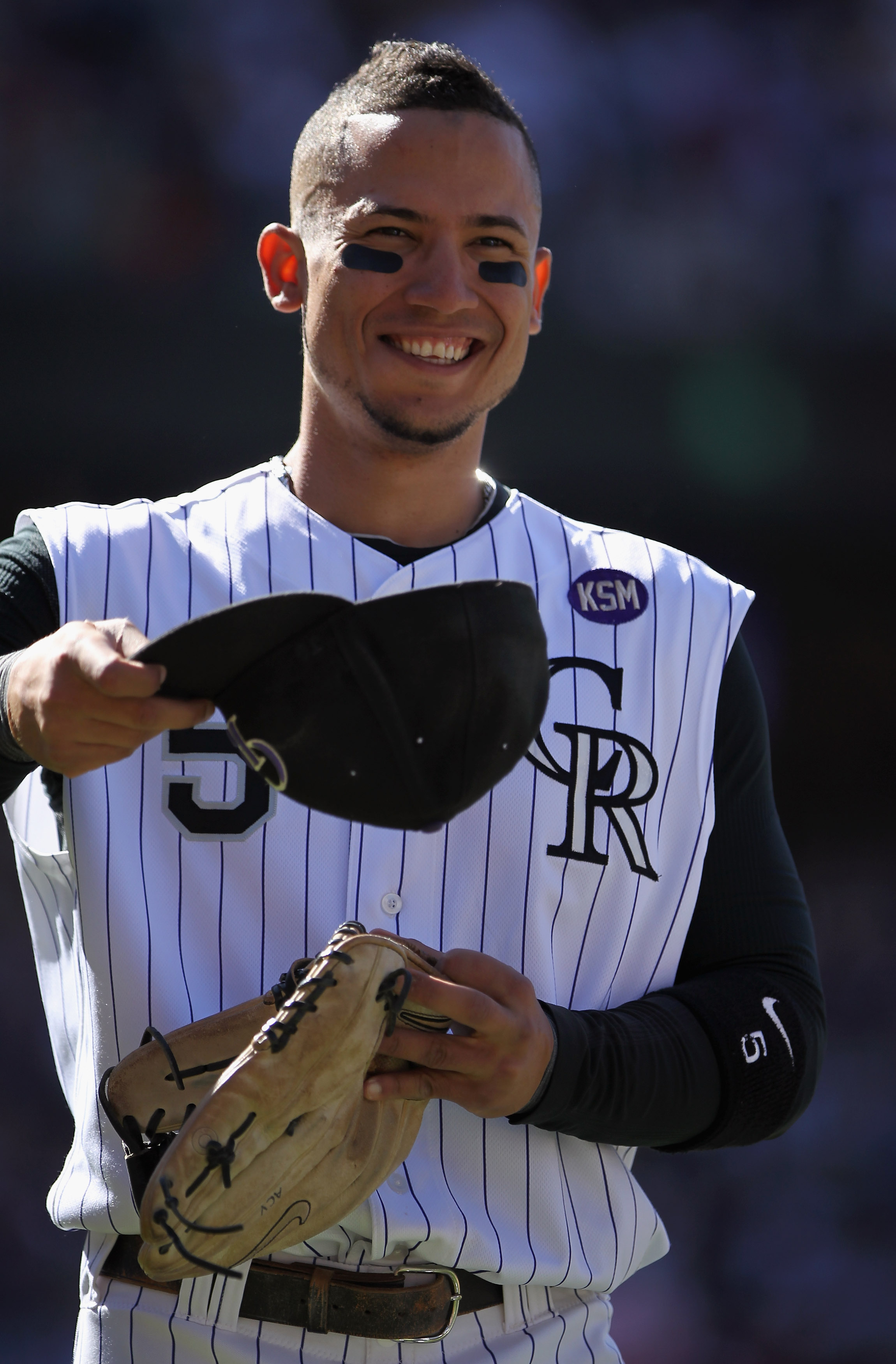 Votto had a .996 fielding percentage at first base, which means he had five errors in 1,265 total chances. Shortstop Orlando Cabrera credits Votto's stellar play as a major reason the Reds infield was widely considered the best not only in the National League, but possibly in all of baseball.

Gonzalez played all three outfield positions. He didn't commit a single error as a right fielder or a center fielder, and committed one error in left on 83 total chances for a .988 percentage.

Cargo's range was very impressive and I can still remember the diving Willie Mays like catch to finish a 12-11 10 run comeback win over the Braves.

He is one of the most versatile players as well, not every player has the ability to play all three spots in the outfield. 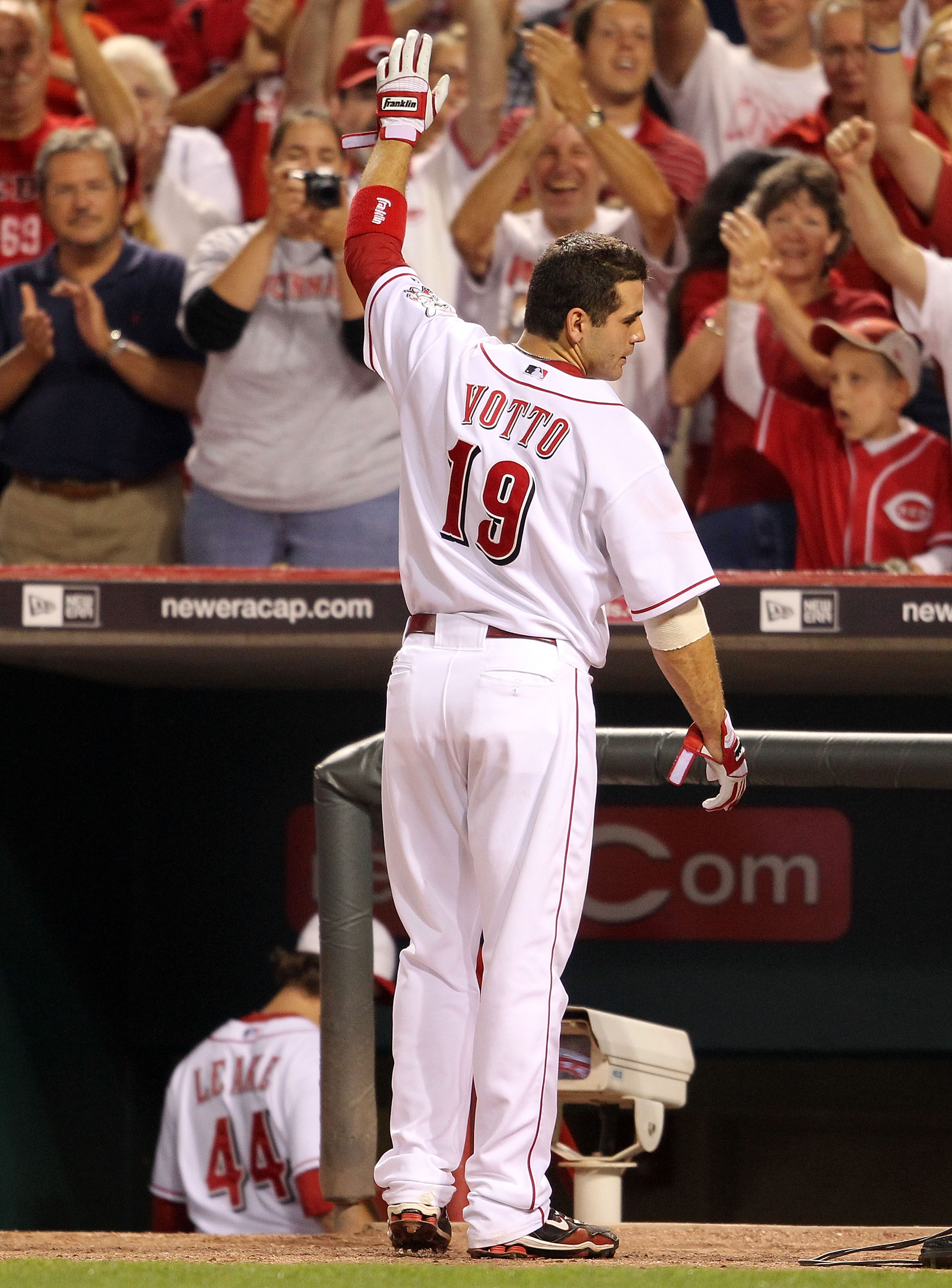 This one is pretty easy.

The Reds finished 91-71, winning the National League Central and earning their first playoff birth since 1995.

The Rockies made it very interesting in September, but ultimately failed to make the postseason, finishing 83-79 and third in the National League West.

Votes By The Rest Of Baseball 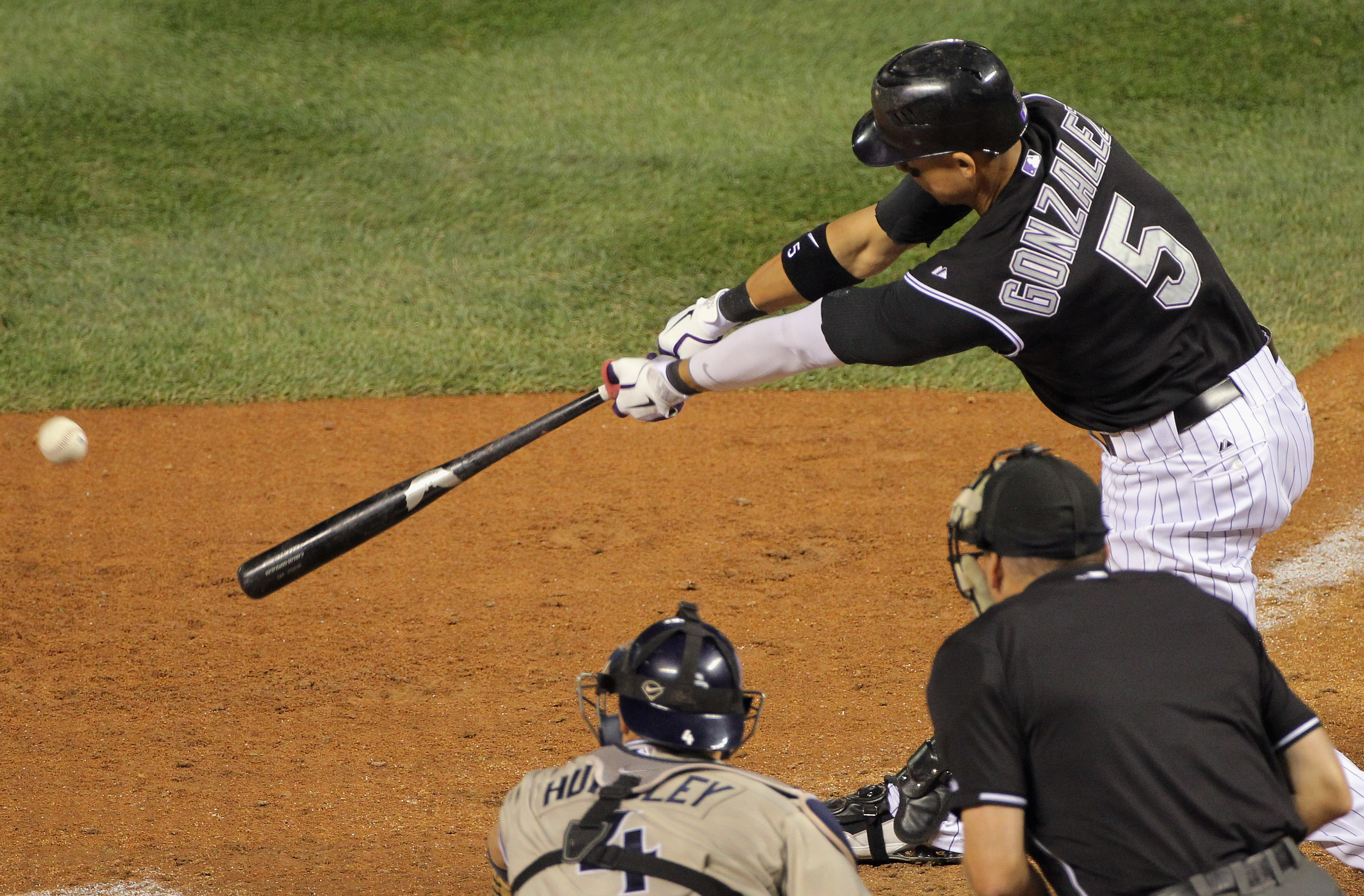 Gonzalez won the Players Choice Award for MVP of the NL.

The poll was taken by all of the players in baseball. So according to his peers, Cargo was the best in '10. 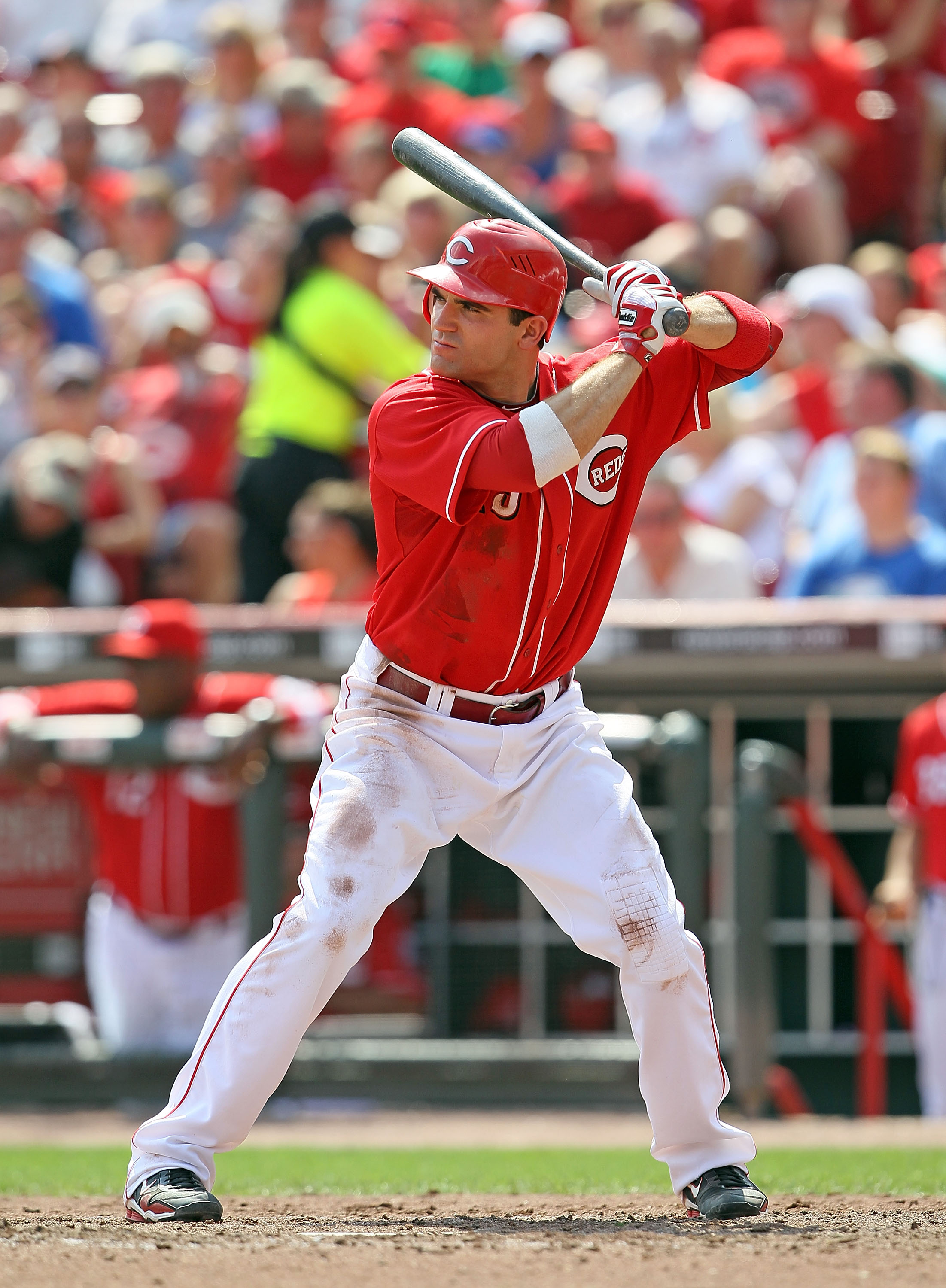 The difference between the two is essentially a few base hits and homers. Both players have emerged as premier players in all of baseball. The future of both franchises is in good hands with Votto and Gonzalez.

For me the deciding factors are the difference in road/home splits and team success.

Certainly the offensive numbers of Coors have gone down dramatically since the introduction of the humidor, but hitting only eight home runs on the road compared to 26 at home? And he hit .380 at Coors and only .320 on the road.

Yet Votto hit more homers on the road than at home, and had almost even splits across the board. He also had the higher OPS.

The biggest factor is team success. Votto was able to do something that Griffey Jr, Dunn and plenty of others in the last 15 years of the Reds organization couldn't do.

The Reds would have finished below .500 without Votto. He was by far the most valuable player on his team, and in the National League.