Lazio Remains on Top in Serie A 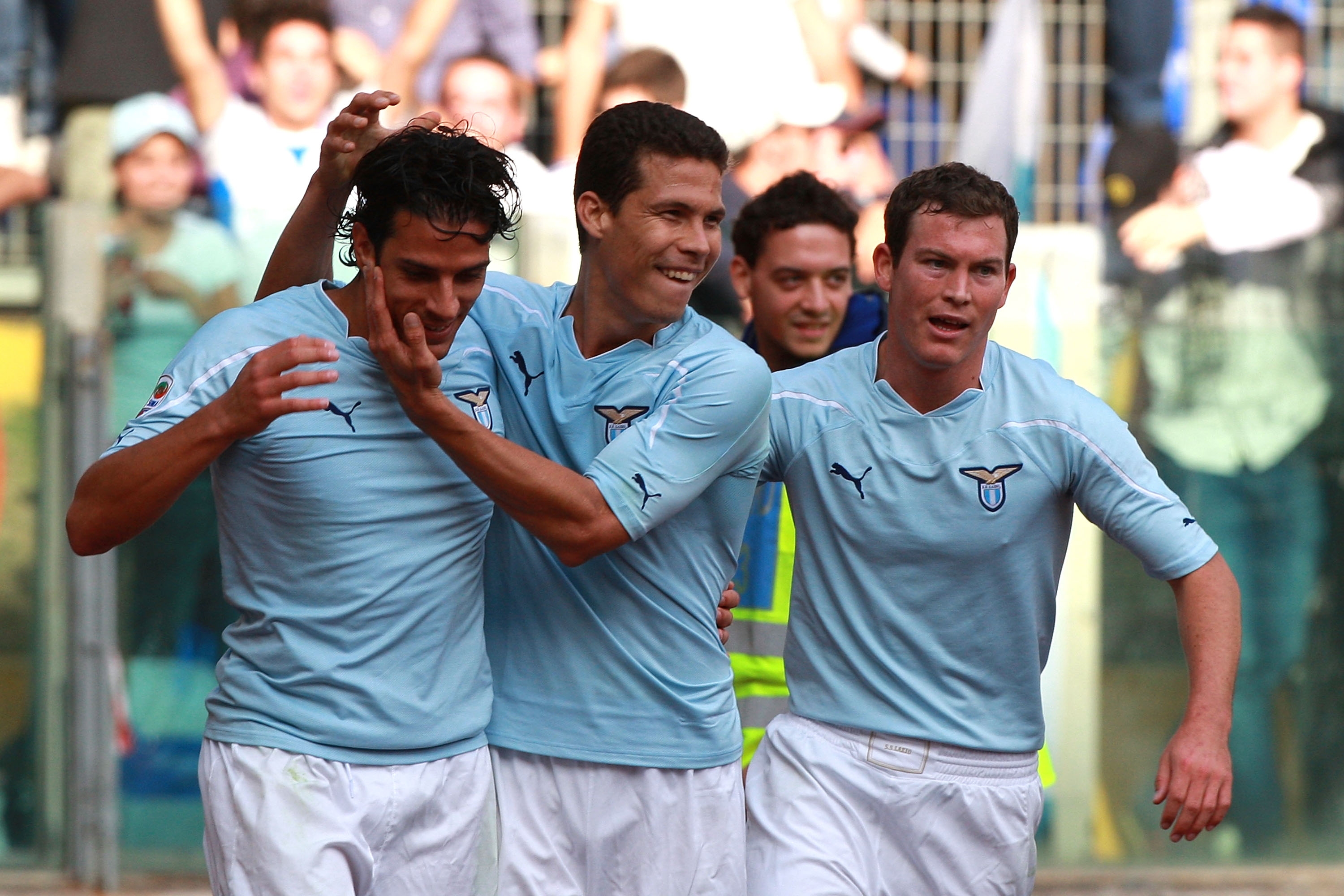 Lazio has been a big surprise thus far in the 2010-11 Serie A season.Paolo Bruno/Getty Images

Lazio has been the Serie A surprise this season as it has earned 19 points to lead the league after eight match days. Sunday the club earned a 2-1 victory over the visiting Cagliari, which allowed them to maintain a two-point cushion over second-place AC Milan. Defending champion Inter remains in third place with 15 points. 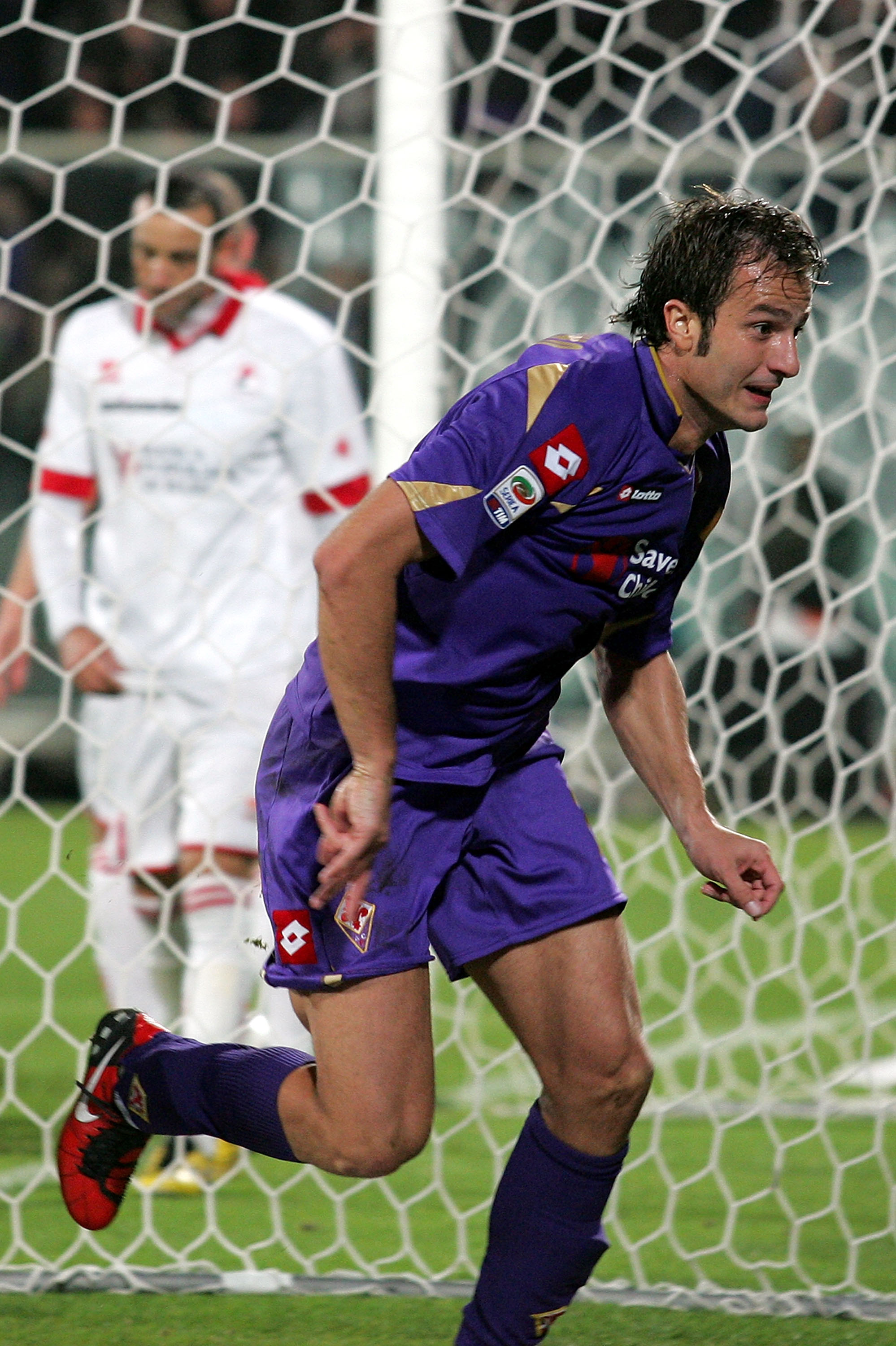 Fiorentina earned an important three points after a slow start to the 2010-11 season thanks to 28-year-old forward Alberto Gilardino, who now has 131 goals in his Serie A career. 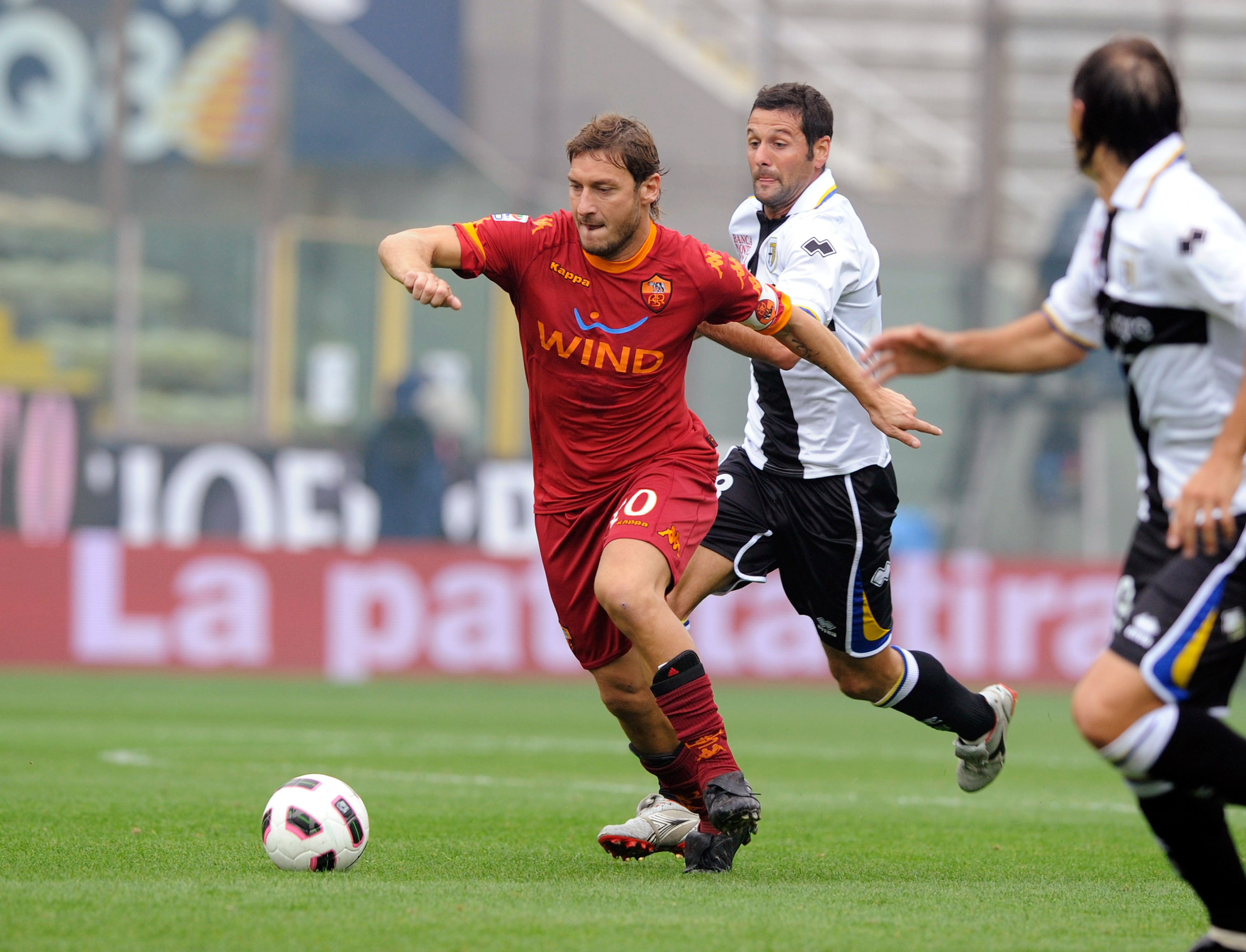 Francesco Totti could not lead Roma to victory against Parma.Claudio Villa/Getty Images

Roma and Parma have struggled in the start to the 2010-11 season. The two sides played to a draw on Sunday. 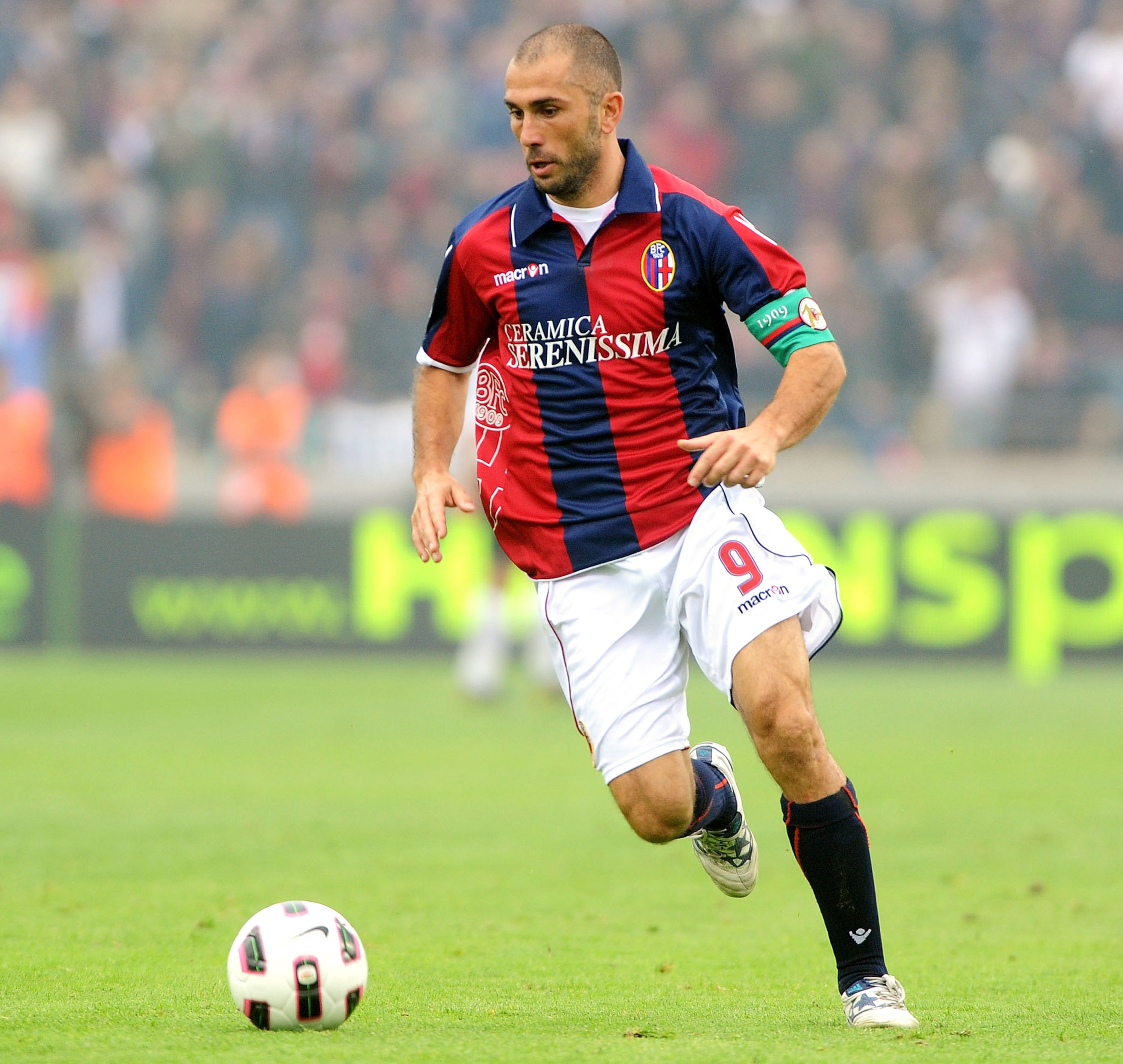 Marco DiVaio and his Bologna teammates had to be satisfied in drawing with Juventus 0-0.Roberto Serra/Getty Images 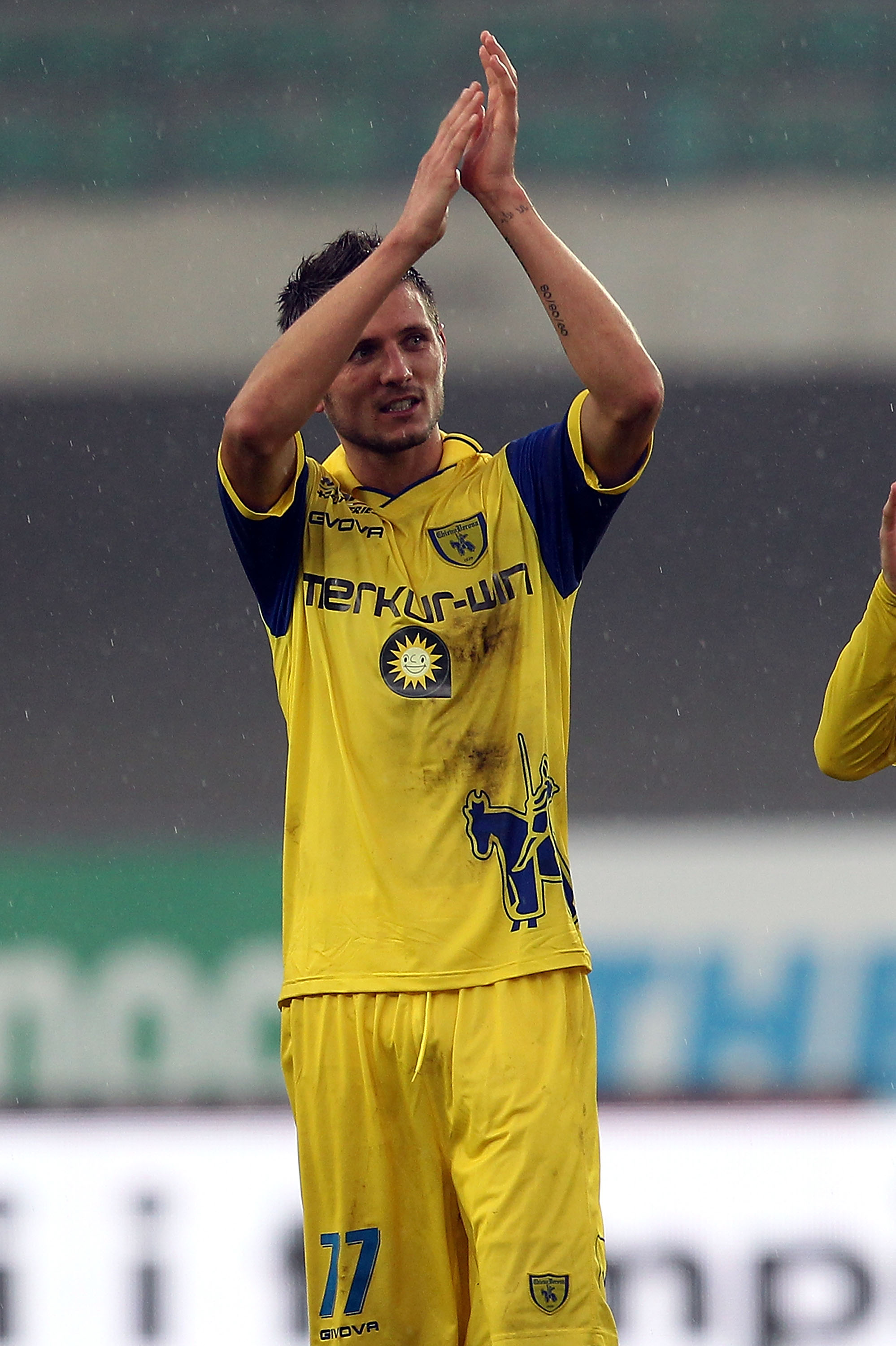 Frenchman Cyril Thereau, who joined Chievo from Belgian side Charleroi, scored his first career Serie A goal, as Chievo won 2-1. 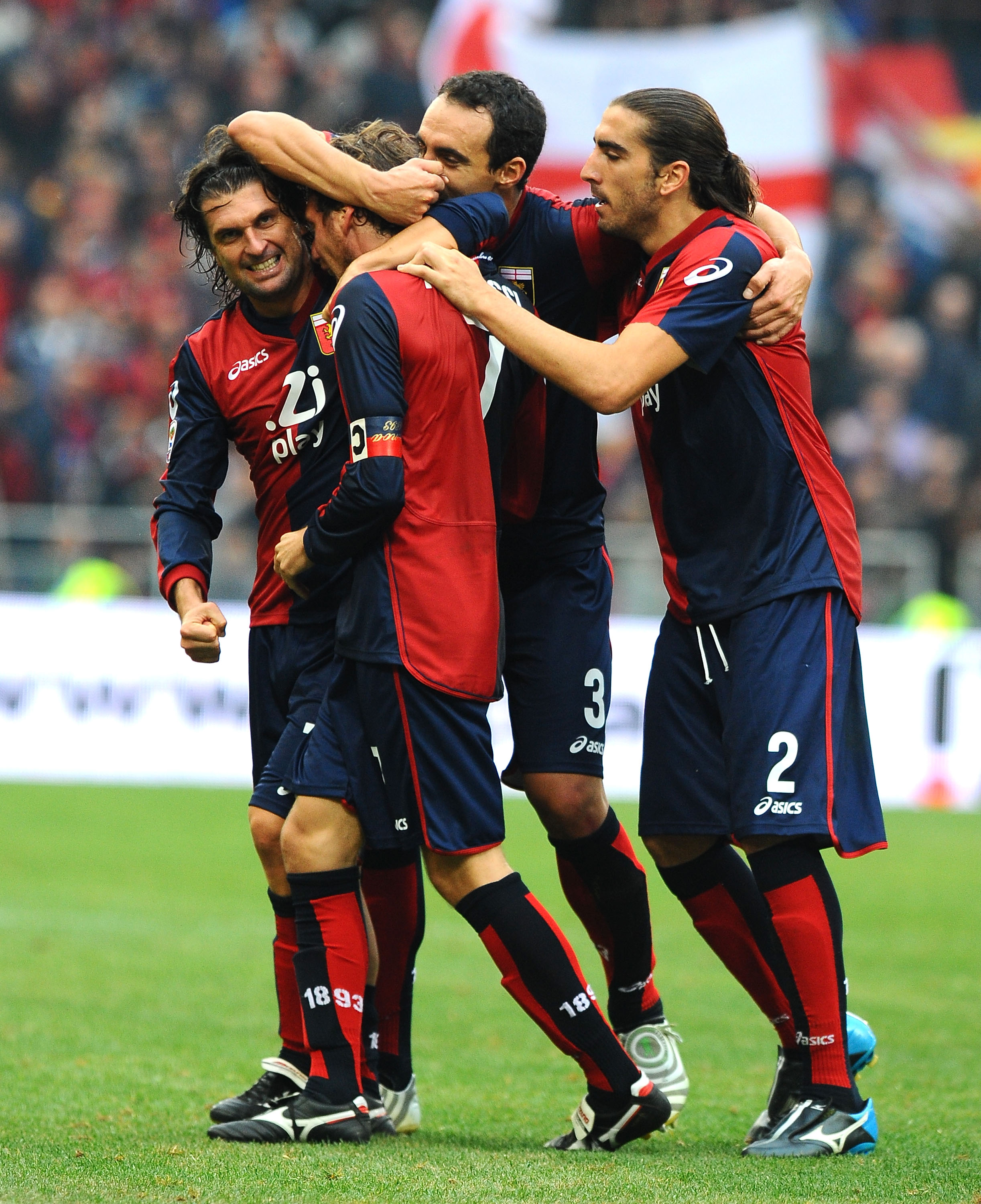 Genoa celebrate after Marco Rossi's goal proved to be the game winner against Catania.Massimo Cebrelli/Getty Images

The victory moved Genoa to 11 points on the season following eight league matches. Marco Rossi's goal was the difference. 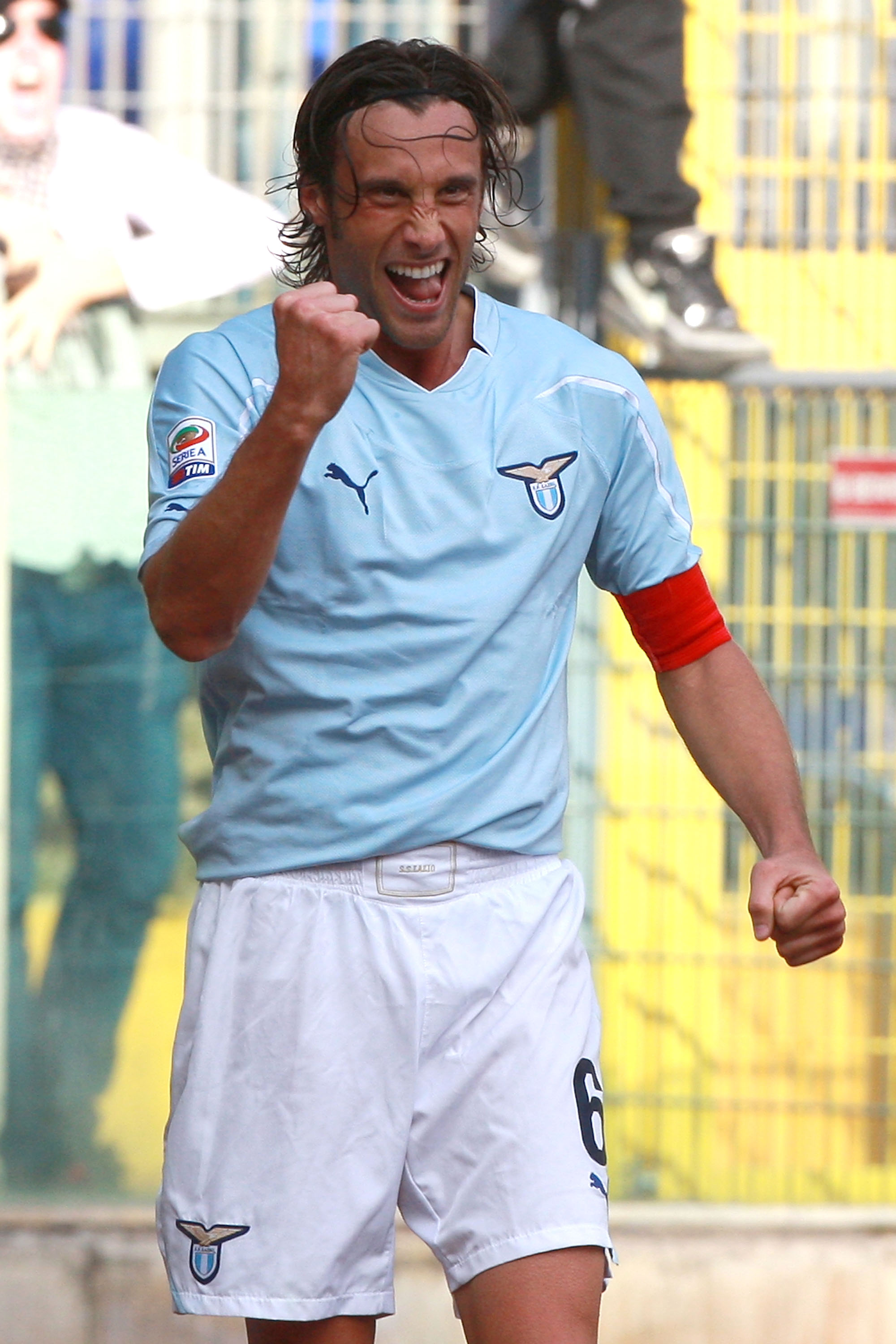 Stefano Mauri scored what turned out to be the game winner for Lazio.Paolo Bruno/Getty Images

Lazio's captain and veteran midfielder scored his third goal of the season in Sunday's 2-1 win over Cagliari. 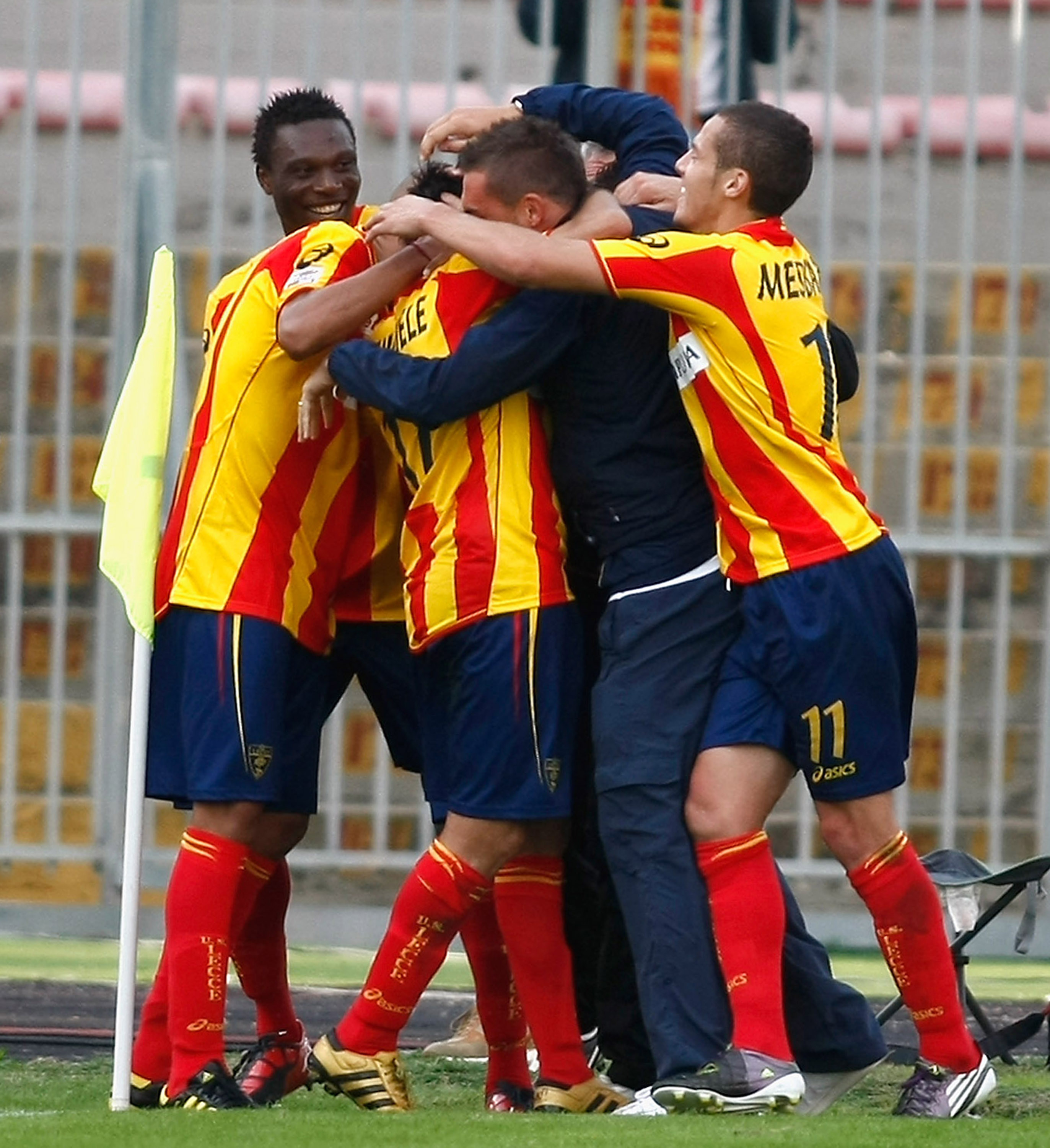 Lecce celebrate a goal by David Di Michele that turned out to be the game winnner.Maurizio Lagana/Getty Images

Veteran forward David Di Michele's goal lifted Lecce to a 2-1 past Brescia in a battle of two sides who moved up to Serie A this season from Serie B.

Di Natale to the Rescue Again For Udinese 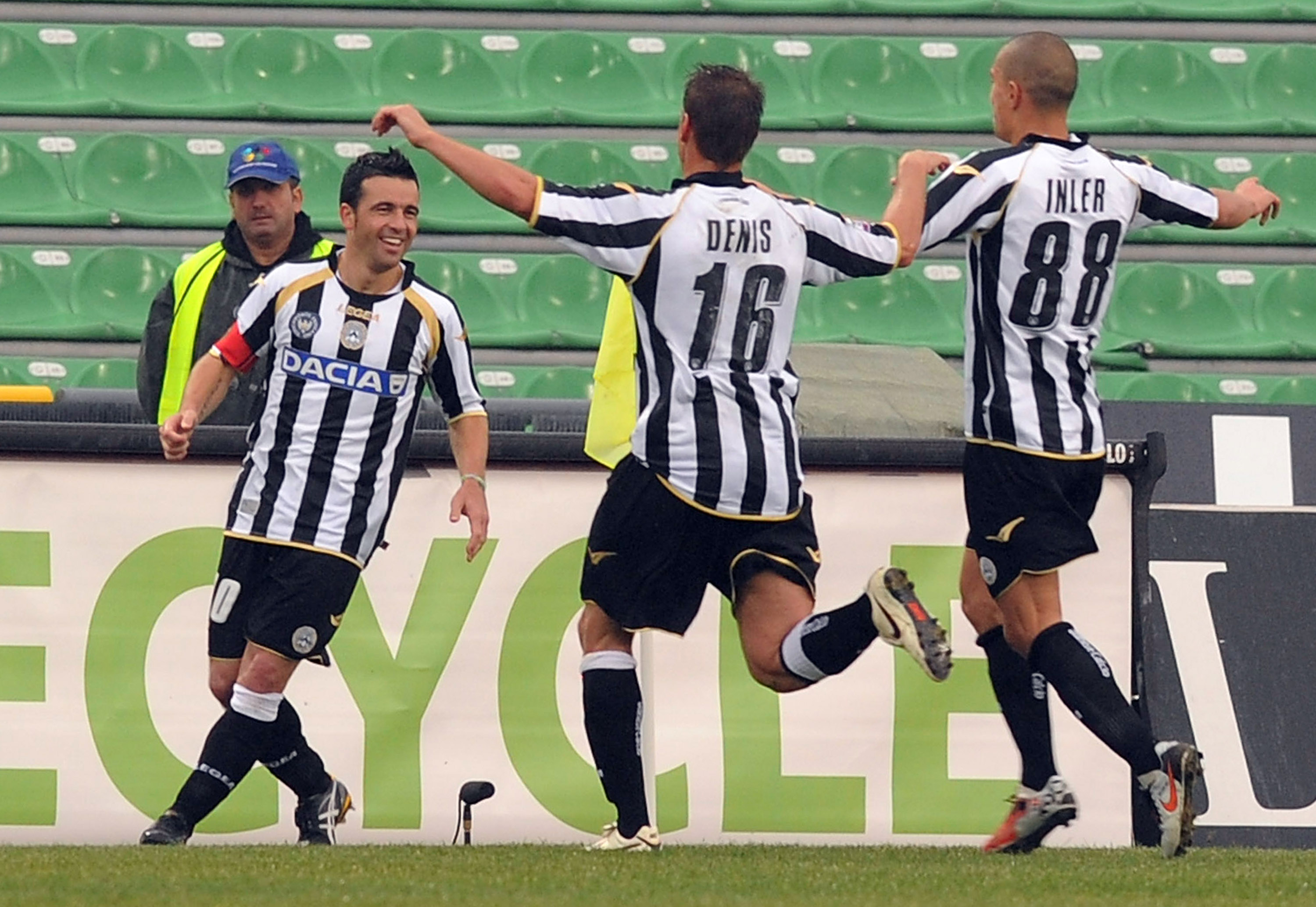 Teammates come to celebrate with Antonio Di Natale, who helped Udinese in a 2-1 win over Palermo.Dino Panato/Getty Images

Antonio Di Natale scored the game winner for Udinese in a 2-1 win over Palermo. Udinese has now won three in a row and is unbeaten in four matches, after failing to earn a point after the first four of the season. 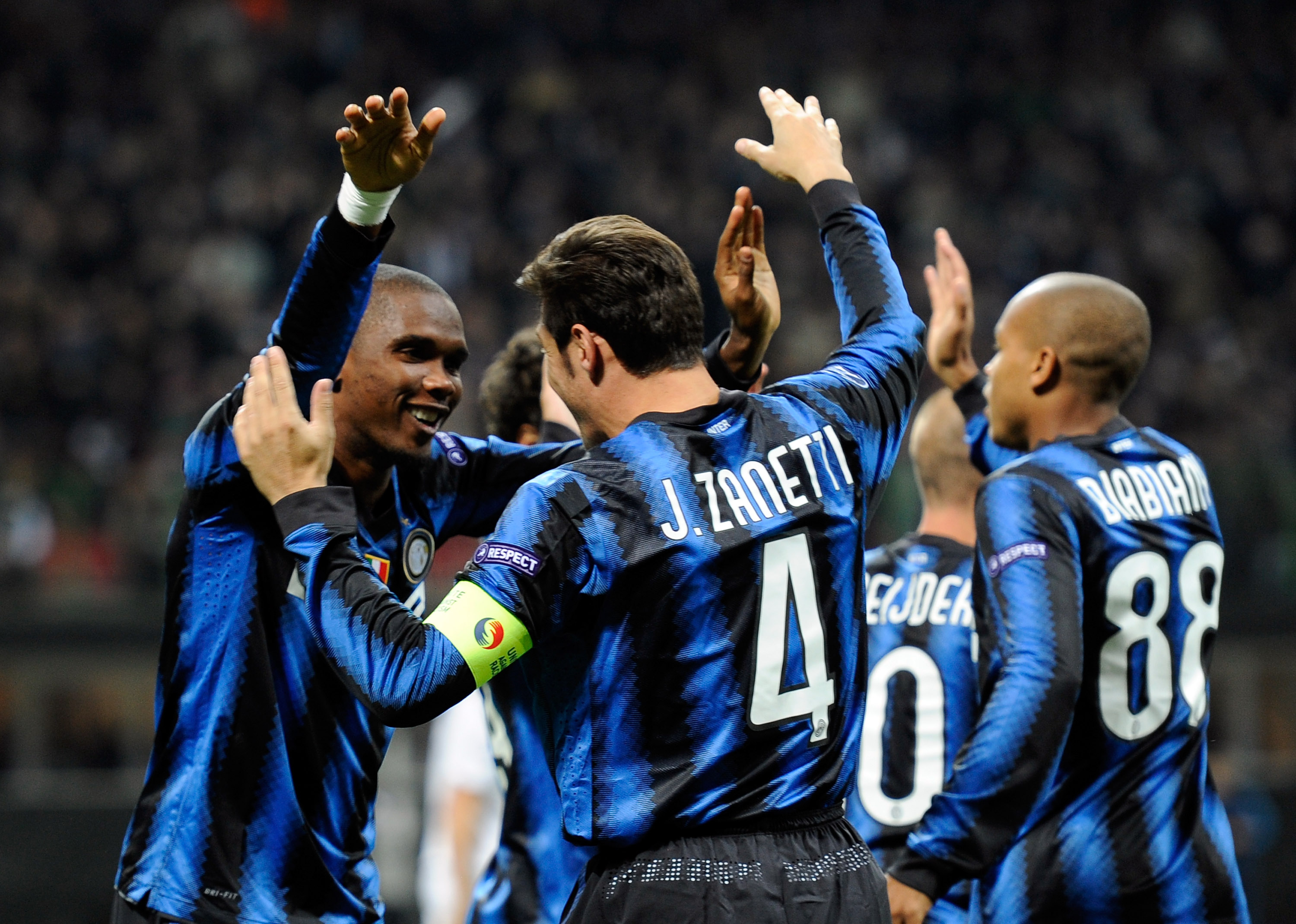 It took time for Samuel Eto'o to score as Inter drew 1-1 with Sampdoria.Claudio Villa/Getty Images

Both sides played very well Sunday as Inter and Sampdoria each earned a point in their 1-1 draw. 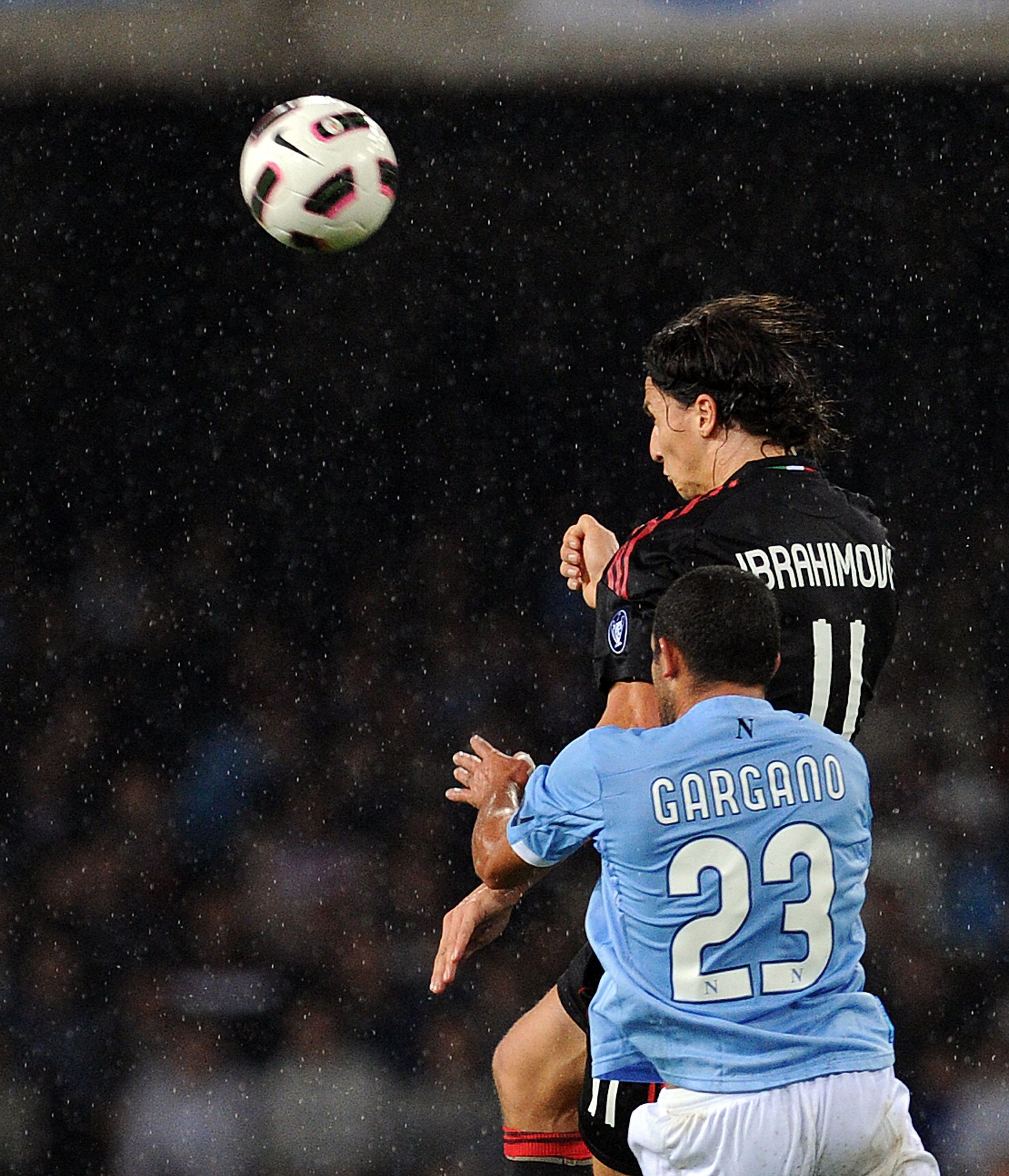 Zlatan Ibrahimovic goes up for a header, which proved to be the game winner for AC Milan.Giuseppe Bellini/Getty Images

The Swede's goal helped give AC Milan three points Monday. The Rossoneri are in second place with 17 points, just two behind league leaders Lazio. Inter are third with 15.