A Look at The Current WWE Title Reigns: Are All Championship Belts Misused? 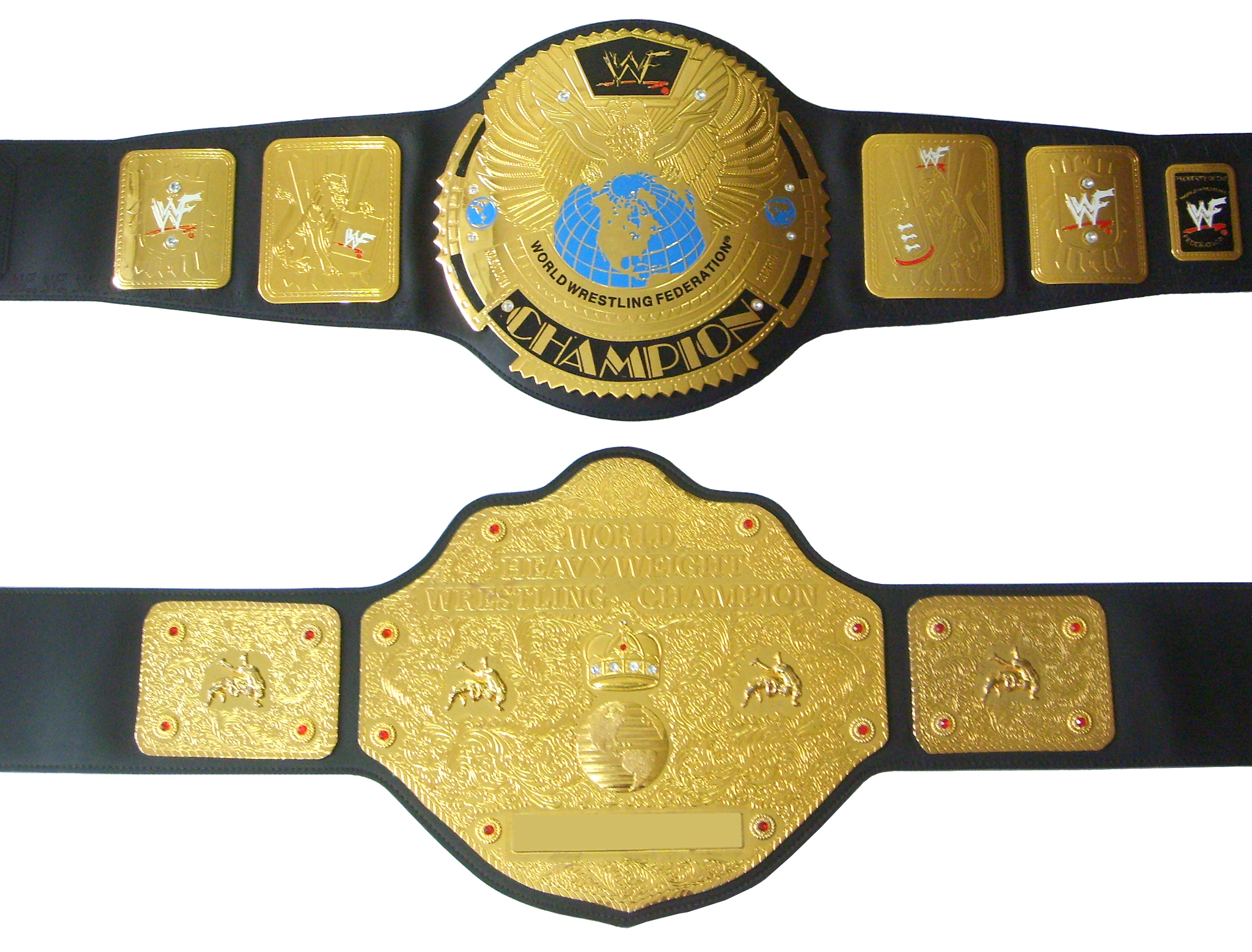 Hello, B/R members, I'm back with another slideshow.

Ever since I joined this site, I've been reading all the whining and nagging about how most belts were misused and disgraced by WWE officials. Some people were even more harsh when they said that they're not worth the metal they're made from.

Of course, I couldn't agree more with most of what they said. I mean I almost forgot about certain championship belts that were defended on few occasions only.

Miz held the US Title for several months but only defended it on few occasions. Same goes for Drew McIntyre during his Intercontinental Title reign. Even The Hart Dynasty had a pretty long tag-team titles reign, but barely defended them.

Furthermore, we can't deny the fact that world titles were changing hands crazily to an extent that a three months reign nowadays is considered long!

Currently, I did notice that most belts are not misused as they were at the beginning of this year. I thought that each of the current reigns had its cons and pros. So I decided to analyze each of the six current reigns.

I know that some Champions are still new, but remember, we could be having a completely new list of Champions by next month. 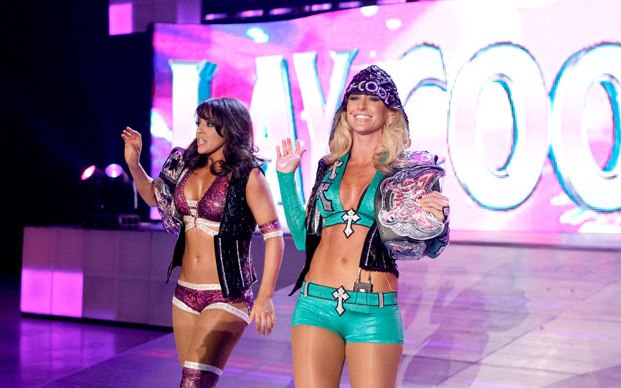 Making two superstars share one title is a disgrace to the Championship no matter how good the title defense could be.

First, WWE ruined the Women's Title by making Laycool co-champions. They even split the belt in half just to make this nonsense go on.

What makes it worse was the fact that Layla was the official champion, but yet McCool was allowed to defend the title too.

The same thing applies now, Michelle McCool is the official Divas Champion, yet Layla can defend the championship too. I wonder why Theodore Long hasn't interfered yet.

Say whatever you want about Laycool, but this thing is becoming boring now. I never liked the "naughty girls from high school" characters that they adopted.

I know many people liked them and thought that they were the only thing that's keeping the Divas Division alive, but this is even worse. Why would they make the whole division revolve around those two divas only?

If they're trying to mock TNA's Beautiful People, I'll tell them that even this stable is becoming boring.

Though McCool had good matches against Melina and Natalya at Night of Champions and Hell in a Cell respectively, the co-championship concept is ruining the whole thing. If they really want two champions, they can simply create a Divas Tag-Team Championship instead.

Laycool have been holding the belt for one month now. But they did hold the Women's Championship for more than four months.

WWE has some talented Divas who can make the division better, but if this nonsense is going on, then I prefer watching Maryse as a champion with her hair flip instead.

P.S. For all people nagging about the retirement of the Women's Title, I say that this was your fault. WWE had a poll on their website for this and fans chose the Divas belt to be the new unified championship. 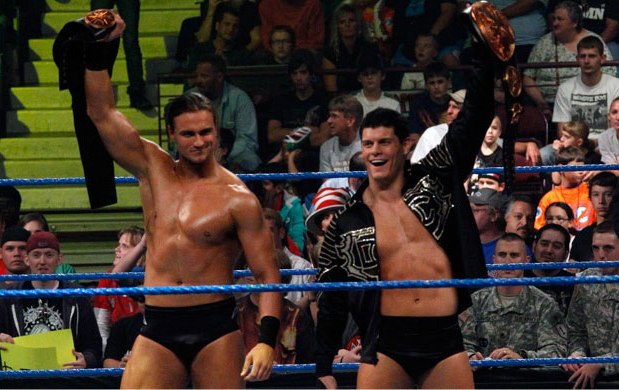 I have mixed feelings about this reign and about the tag-team division as a whole.

First, I'm not sure if WWE are still high on this division. I mean there aren't any legit teams anymore. Even their most established team, Hart Dynasty, broke up days ago.

Now we're left with Usos and Dudebusters. Those two teams are barely wrestling in matches.

The current champions are the "Chosen One," Drew McIntyre, and "Dashing" Cody Rhodes. They've been holding the titles for more than one month since winning at Night of Champions.

The former champions were the now-defunct Hart Dynasty. Though they were considered good team-mates who had good chemistry together, and though they held the titles for 146 days, they defended them on very few occasions against team of Jericho and Miz and the Usos.

So, this can't be considered a good reign with very few title defenses that may not exceed four title matches in nearly five months!

Here lies my mixed feelings. Don't get me wrong, but I think that Rhodes and McIntyre's reign is better until now. I mean they defended their titles on almost every show.

I know that Hart Dynasty could have been better if they had defended their titles on more occasions. So we should blame the creative staff here. Why didn't they let the Hart Dynasty be as active as the current Champions?

McIntyre and Rhodes are not so bad, and they might be getting a push in the future. However, many people still feel they're not that good as a team.

We'll have to wait and see how long this reign will last.

Anyway, I won't add much here. The new policy for this division is obvious. Expect more randomly paired superstars to win those titles in the future. And expect Rhodes and McIntyre to split once their reigns end.

I know that tag-teams are more about two superstars who have good teamwork and chemistry, but that doesn't apply at WWE anymore. 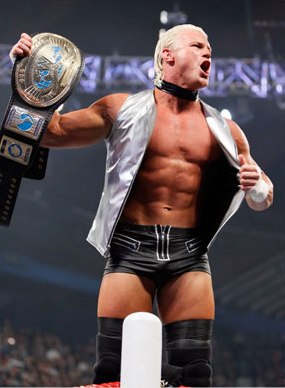 Dolph Ziggler has been holding the title for nearly 80 days.

He won the title after beating Kofi Kingston on Smackdown with some help from Vickie Guerrero. The two then faced in a series of matches where they most ended either by DQ, count-out or no contest. However, the series stopped for a while until Night of Champions where Ziggler was finally able to win cleanly.

Next, Ziggler faced MVP in three matches. The first two matches ended with count-out and no contest respectively, and in the third match, Ziggler was able to win after some help from Kaitlyn.

Right now, Ziggler will face the US Champion, Daniel Bryan, at Bragging Rights in a cross-brand match.

Ziggler is looking better now and his reign will surely go on for more the three months. He did have some good title matches against Kingston and MVP.

However, the problem with his matches against Kingston was with the repetitiveness of the matches and the results of most of them. I think they could have made it a best 3 out of 5 or best 4 out of 7. At least, we wouldn't have complained about the repetitive matches.

Same goes with his matches against MVP. The first two matches had no ends, and the second match didn't even start.

It's fair to say that there are several superstars who can face Ziggler for his belt, and I think that WWE should book a number one contender match to name the new contender rather than throwing some names randomly.

To summarize this reign, it's not bad, but it had some repetitive matches. Still, it's better than the so called "Chosen One's" reign that lasted for 160 days but had few title defenses.

This belt was once held by one of the greatest WWE superstars, so I hope they keep it prestigious.

I only hope they don't ruin this reign by focusing more on the love triangle story. 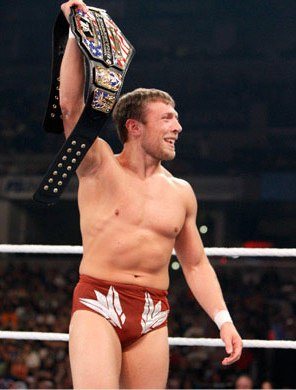 When Daniel Bryan won the US Title, I was more than happy. I mean Bryan is an established superstar who can sure put good matches as a Champion.

His feud against Miz is now over, and since Bragging Rights is more about cross-brand matches, he won't defend his title at this PPV, and instead, he'll face Smackdown's Intercontinental Champion, Dolph Ziggler.

Daniel Bryan might have lost to Sheamus on RAW, but I still see a bright future for him. His last segment where he danced with other Divas was a bit disturbing for some people, but I have no problem with it if it's going to drive Michael Cole crazy.

The only thing I hope is that he doesn't receive the same treatment that Miz received. Miz held the title for 226 days before losing to R-Truth. He won the title back in three weeks and held it for more than 90 days.

However, during those reigns, he barely defended his title. Of course, I'm not blaming him here because the only people to blame are the creative team members.

The US Title was once held by one of the greatest superstars in the past, and if Daniel Bryan receives a good treatment, he can be easily added to those names. 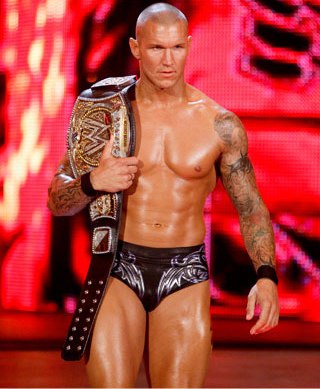 The "Viper" is the current WWE Champion. After months of being the dominant side heading into every PPV before losing in the end, Randy Orton was finally able to win the WWE Championship at Night of Champions in a six-pack elimination match.

He successfully defended the title after two weeks at Hell in a Cell against Sheamus.

Randy Orton has some huge pressure put on him. After NOC, the RAW ratings surprisingly dropped for two consecutive weeks, and many people blamed Orton for this, even though the guy didn't even start. Furthermore, he's already called the new face of WWE and the next anti-hero, Stone Cold Steve Austin.

More than one month has passed since Night of Champions, and his title reign seems to be in danger when he faces the Nexus leader, Wade Barrett, with John Cena in his corner.

Until now, I think Orton is booked in somehow acceptable way. He's looking dominant and not ready to drop the title any time soon.

His NOC match was good, and his HIAC match wasn't bad, even though it wasn't a very brutal Hell in a Cell, but we can't expect more violent matches in this era.

We still can't judge this reign, but I do hope that Orton can hold the title for several months. If we take a look at the previous reigns, we'll notice that most of them lasted for 90 days only, and the last time someone held the title for a long time was back in 2008 when Triple H held the championship for 210 days.

So I think it's about time we witness another lengthy reign. 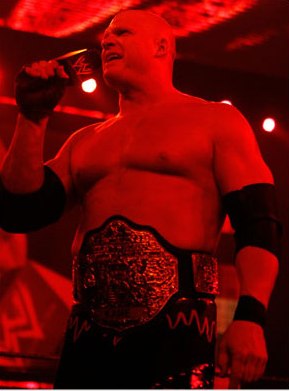 He was able to put some great promos, and didn't disappoint during his matches.

However, there is one serious problem with this reign. Other than the title defense against Rey Mysterio at Summerslam, all his title defenses were against the Undertaker until now.

Now don't get me wrong. I'm a huge Undertaker mark, but why does he get three title shots? When was the last time someone got three shots without even winning any number one contender match?

I know they were trying to make the feud lengthy so that they can involve Paul Bearer in it, but they could have at least made Taker participate in a number one contender match after losing at Night of Champions, just to make the next title shot more legit and believable.

Anyway, this feud seems to be coming to an end for a while at Bragging Rights.

Kane had a good reign, but if we want to call it a great one, I think Kane should beat Undertaker and feud with other superstars.

So to summarize this, Kane had a good reign, but he got stuck in one feud. Until he gets involved in a new feud, this reign will only be remembered as the Kane vs. Undertaker reign. 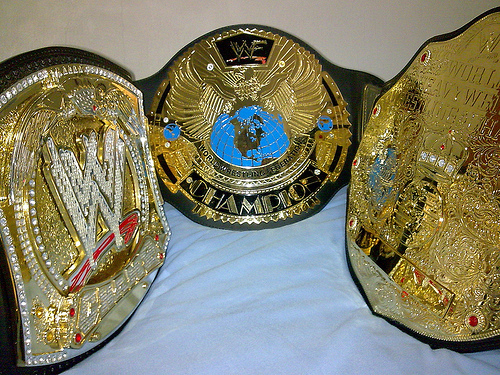 So, what do you think? Are all titles still misused? Do you see some of these reigns going on until the end of 2010? Which title reign do you think will end soon?

All comments are welcome. I'd like to read your thoughts on the current reigns.

For me, a title reign isn't only about how long it lasts. High quality matches are the main reason to make it much better.