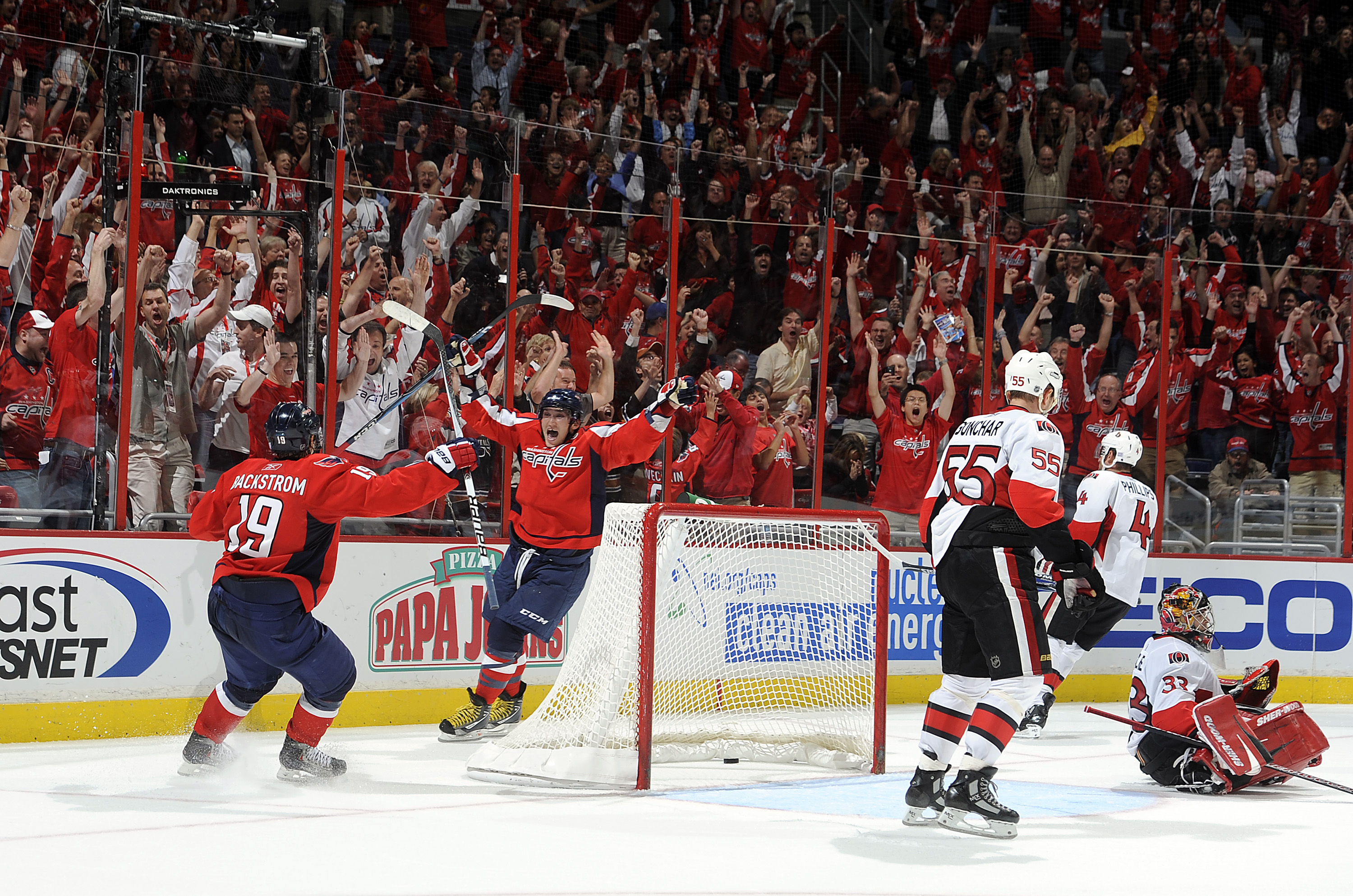 This is the beginning of a weekly column reviewing the past week in the NHL.  There will be a multitude of categories and topics covered, ranging from MVP and Rookie of the Week, to one-offs such as Over-Paid-Idiot-Coach of the Week.

We hope you enjoy this column in the weeks and months to come.  Now, let's kick it off with week one!

Biggest Disappointment of the Week 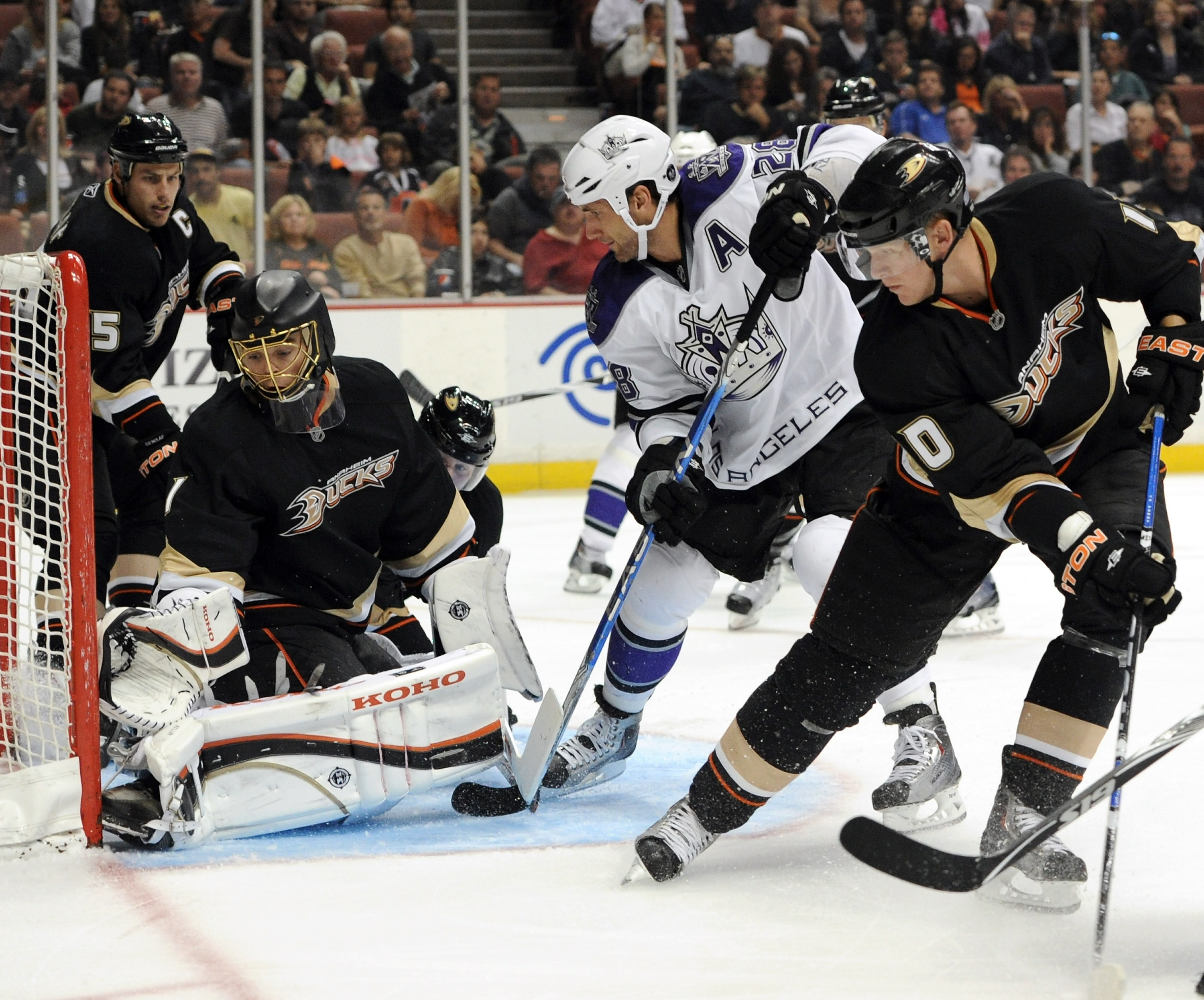 As if that isn't enough proof of the disappointment they have been so far, let me lay it out for for you.  This is an offense which boasts names like Bobby Ryan, Corey Perry and Ryan Getzlaf.  However, would you like to hazard a guess at how many points those play makers have combined for?  0 points.  That's right, zero.  Not to mention a combined plus/minus of -12 for those three players; and a less than stellar 4.62 GAA for Jonas Hiller.  This is a veteran team studded with young talent whom we all expect a lot better from, and we better start getting it soon or those Ducks can fly together...right out of town.

Still touted as one of the best netminders in the league, Broduer managed only a 4.13 GAA in his first three games, at a save percentage of only .859.  What happened?  Will Johan Hedberg get his chance to shine?

Not likely with the Swedish backup only managing a .778 save percentage in his one relief stint.

Surprise of the Week 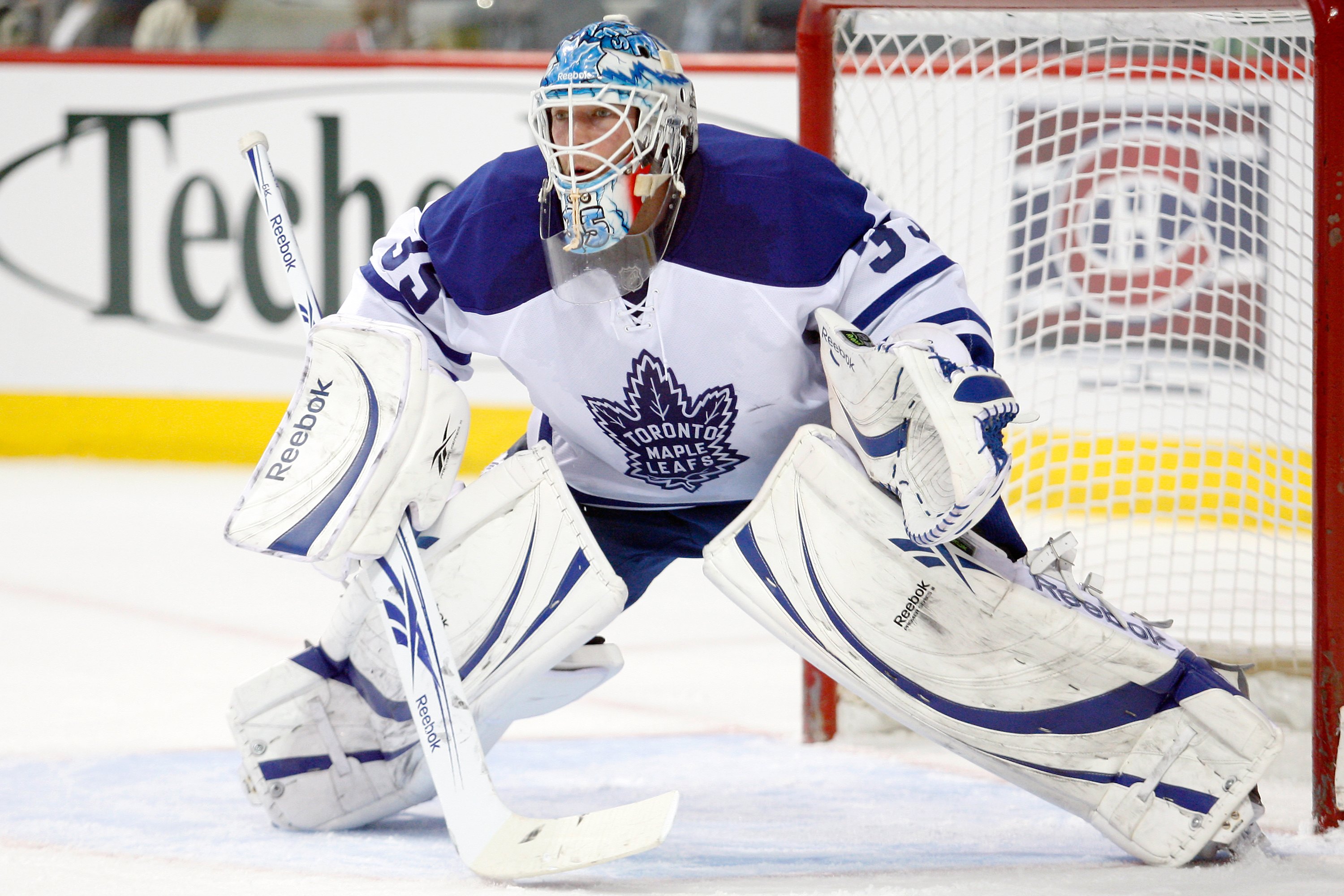 I will concede that the Maple Leafs got better over the offseason with signings such as Kris Versteeg and Colby Armstrong, not to mention last year's pickups of Kessel and Komisarek.  So they aren't the proverbial punching bag they used to be, right?  Well I wasn't a believer, but now I have seen the light...for now.  They have shown to have the makings of a real playoff contender for the first time in years, and their goaltending and teamwork have been superb this week.

Jean-Sebastien has posted a staggering 1.51 GAA and a .935 save percentage on his way to winning both of his starts this season.  I look forward to seeing if this continues on Wednesday night when they play the Penguins in Pittsburgh.

Rookie of the Week

He would've won this hands down just for his spectacular first NHL goal in his first NHL game, but that wasn't enough for the youngster. He had to add an assist to that as well as a plus/minus of +2 for the first two pro games of his career.  What more can we say about this kid? He seems to be proving his worth as a first round draft pick and is already seeming to pay dividends at the ripe old age of 20.

With three goals and a plus-minuns of +3, he is certainly winning this in the stat column, but just lacks the...flair of Eberle, for now.  However, I may have failed to mention that all three of those goals came in his very first NHL game.  They weren't highlight reel goals, but I couldn't pass over just the fourth player in NHL history to record a hat trick in his first game.

Hit of the Week

This is a HEAVY hit.  Viewer discretion is advised.

"The Hit Heard `Round Buffalo" - Niklas Hjalmarsson on Jason Pominville

Whether you think it was a clean hit, a clean hit that was too early, or worse than the Wisniewski hit on Seabrook last year, this hit has sparked too much debate to not be the Hit of the Week.  It was the epitome of a bone crushing hit, and some argue it was a hit from behind, while some argue it was from the side.  Whatever it is labeled as, and whether or not Hjalmarsson is suspended for any period of time, this will go down as one of the all-time hardest hits in the modern NHL; and whether Hjalmarsson will admit it or not, it served it's purpose to show that even without Brian Campbell and Dustin Byfuglien, the Blackhawks are still a tough and gritty team who you don't want to mess with.

Idiot of the Week

This video is also not intended for younger viewers and viewer discretion is advised for adult themes.

What can I even say about this?  I've played hockey since I was two years old, and I looked up to hockey players all my life, and to see them come to this, on national television is embarrassing to me and should be an embarrassment to every hockey fan across the globe.

I know things get chippy in hockey, I've been a part of it myself at times, and while I don't find the gesture itself personally offensive, it shouldn't be done by an athlete who is paid a ton of money to play a game on national TV.  Especially a game which is just now rising in popularity again.  This is not the way that the NHL gets back on national television.  This is how the NHL and its players and fans end up center stage at the sports freak show.

Disagree with me?  Wait and see when the first pre-teen hockey player does this gesture to an opponent and then tell me I'm wrong.

Way beyond deserving the Idiot of the Week Award Wisniewski.  Hope you are proud of yourself.

MVP of the Week 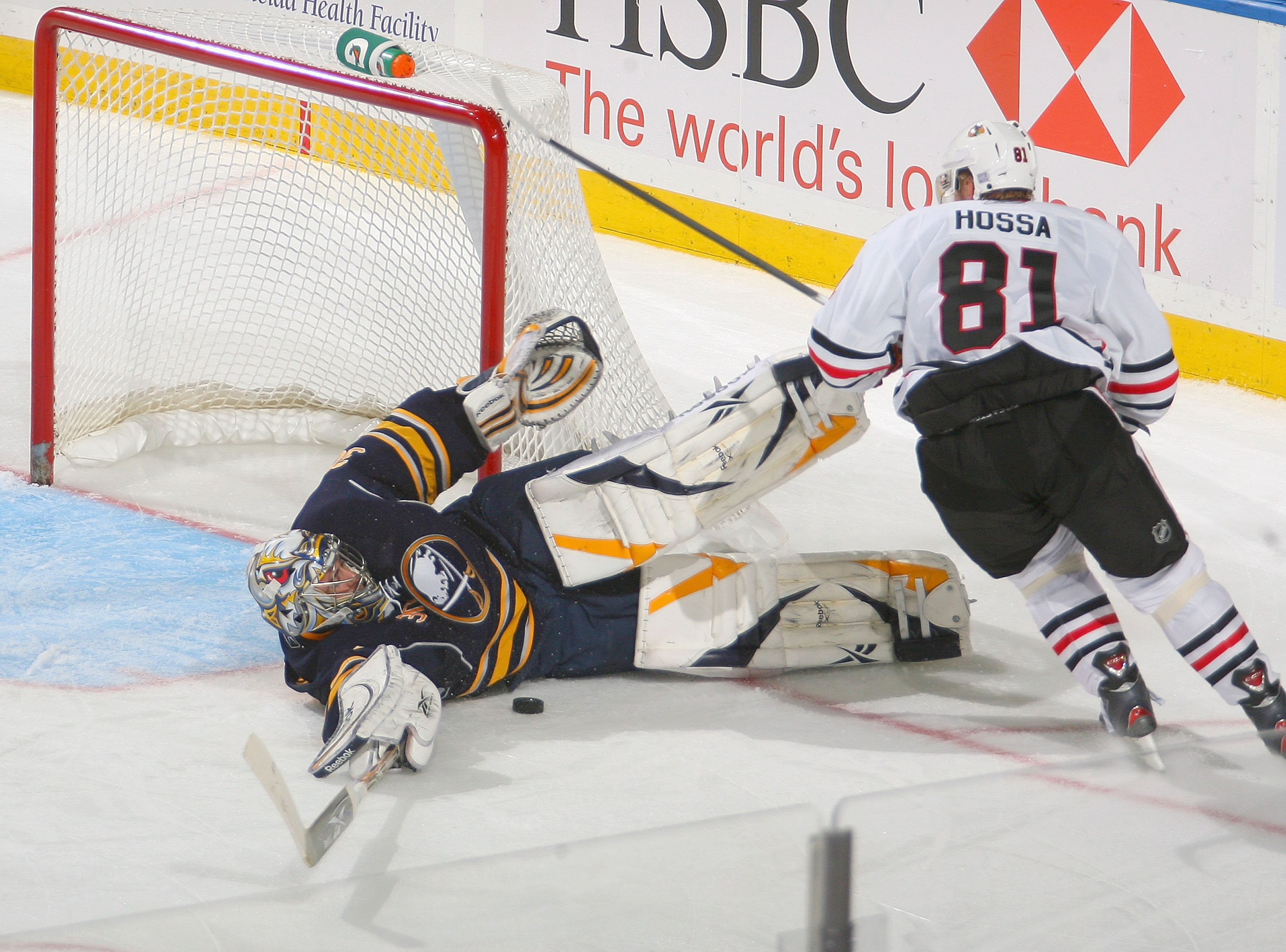 Now to end on a lighter note, the MVP of the week.  Who else could it be?  Three goals and two assists in the first three games of the season, including the game winner in Monday's thriller in Buffalo to secure the Hawks' first win.  Sure, his performance was overshadowed by "The Hit Heard Round Buffalo," but he stepped up when his team needed him.  Also, he is in a three way tie for the points lead right now with Derek Roy and Ovechkin, and leads the Western Conference in scoring at the moment.  Keep it up Hoss!