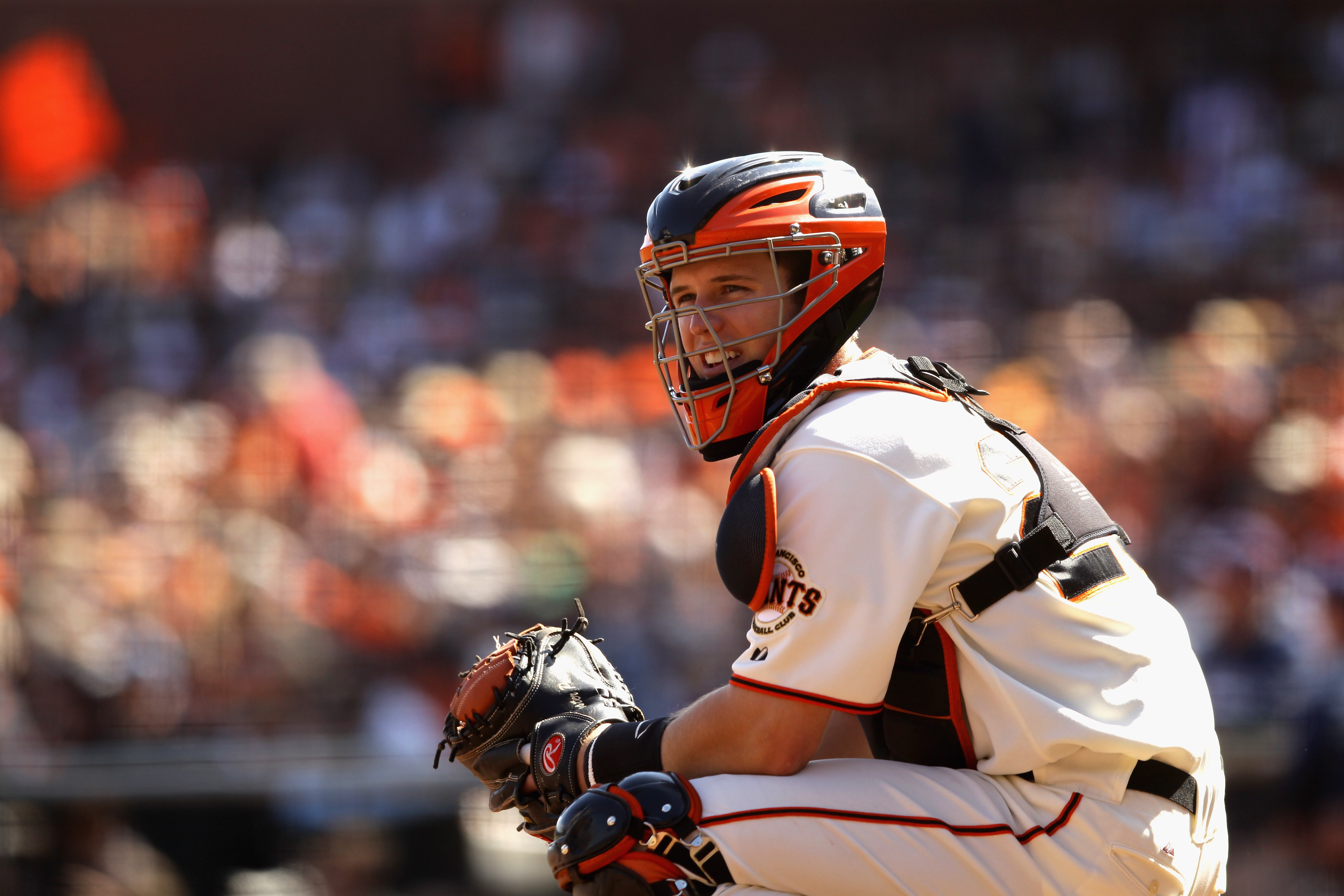 It isn't every year that a young phenom arrives on a big league roster and makes a big enough splash to help push his team deep into the postseason. Giants catcher Buster Posey is doing just that.

Surrounded by plenty of experienced players like Pat Burrell, Aubrey Huff, Edgar Renteria and other growing talent like Pablo Sandoval and Andres Torres, Posey has still managed to stand out from the rest of the pack.

The 23-year-old has jumped up to the major league level and has shown nothing other than that he's ready for the big show.

Being relied upon during the playoffs isn't something that every young star must endure. Posey is showing that he just could be a prototypical October ballplayer. He has already helped the San Francisco Giants advance once in the 2010 playoffs, and he could easily help them advance again by factoring into more run production situations.

The up-and-coming Giants are ready to break out and show they are ready for the ultimate big-time in baseball. In the 2010 NLCS against the Philadelphia Phillies, Buster Posey will be the catalyst for San Fran's big break. 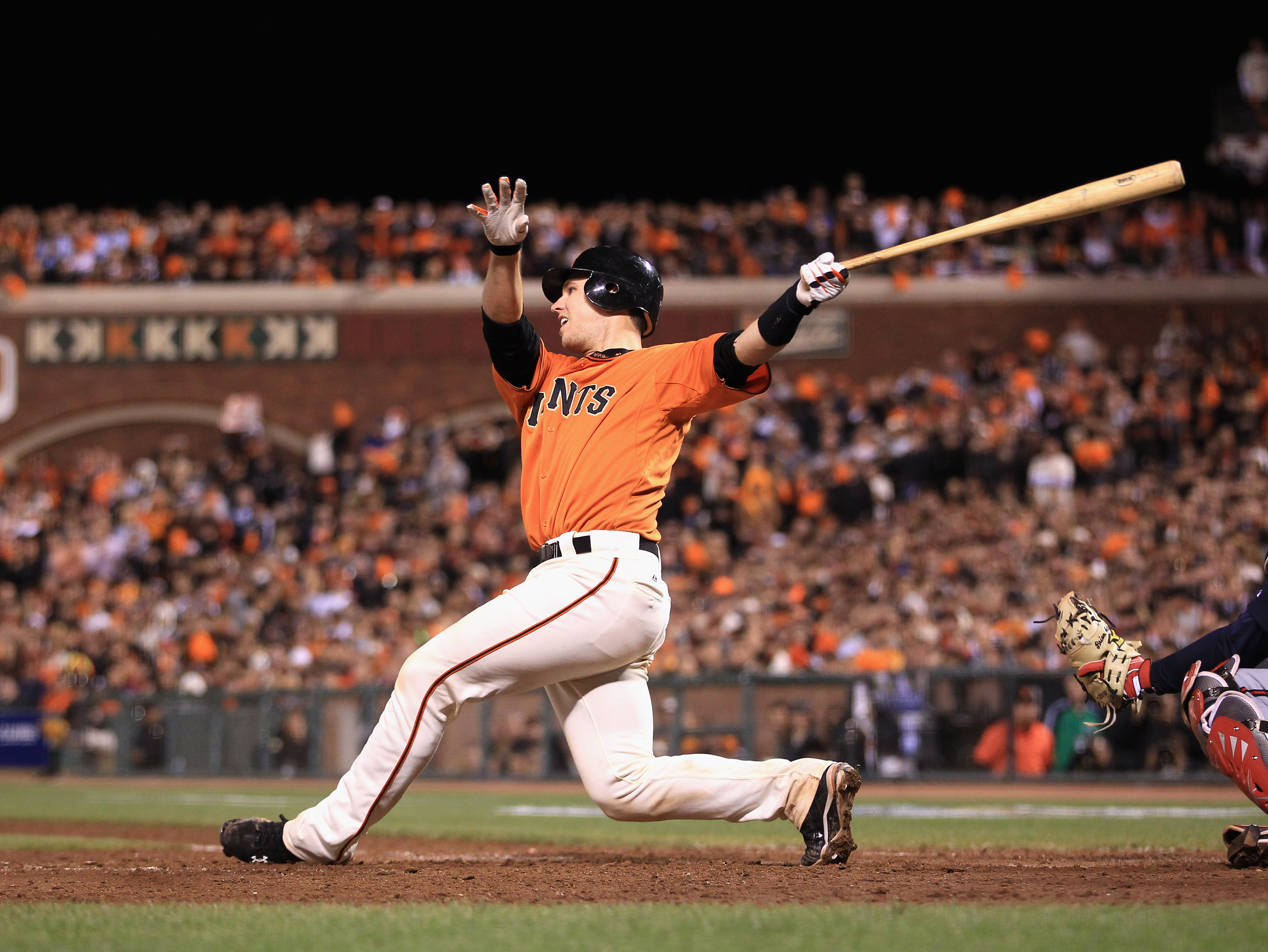 In 108 games during the 2010 regular season, Posey managed to hit .305 overall, extremely impressive for a rookie. He brings a well-balanced approach to the plate when he hits. And he's no more dominant against lefties than righties. He hit .304 against right-handed pitchers and smacked 12 of his 18 home runs against them as well.

He hit 2-3 against Roy Oswalt. It doesn't hurt that he hit the same against southpaw Cole Hamels with two RBI. He has yet to be challenged by Cy Young candidate Roy Halladay, but don't be surprised if the young Posey can be the one to stand up to him. Posey could be capable of dismantling the Phillies rotation, and that alone could provide his lineup with momentum. 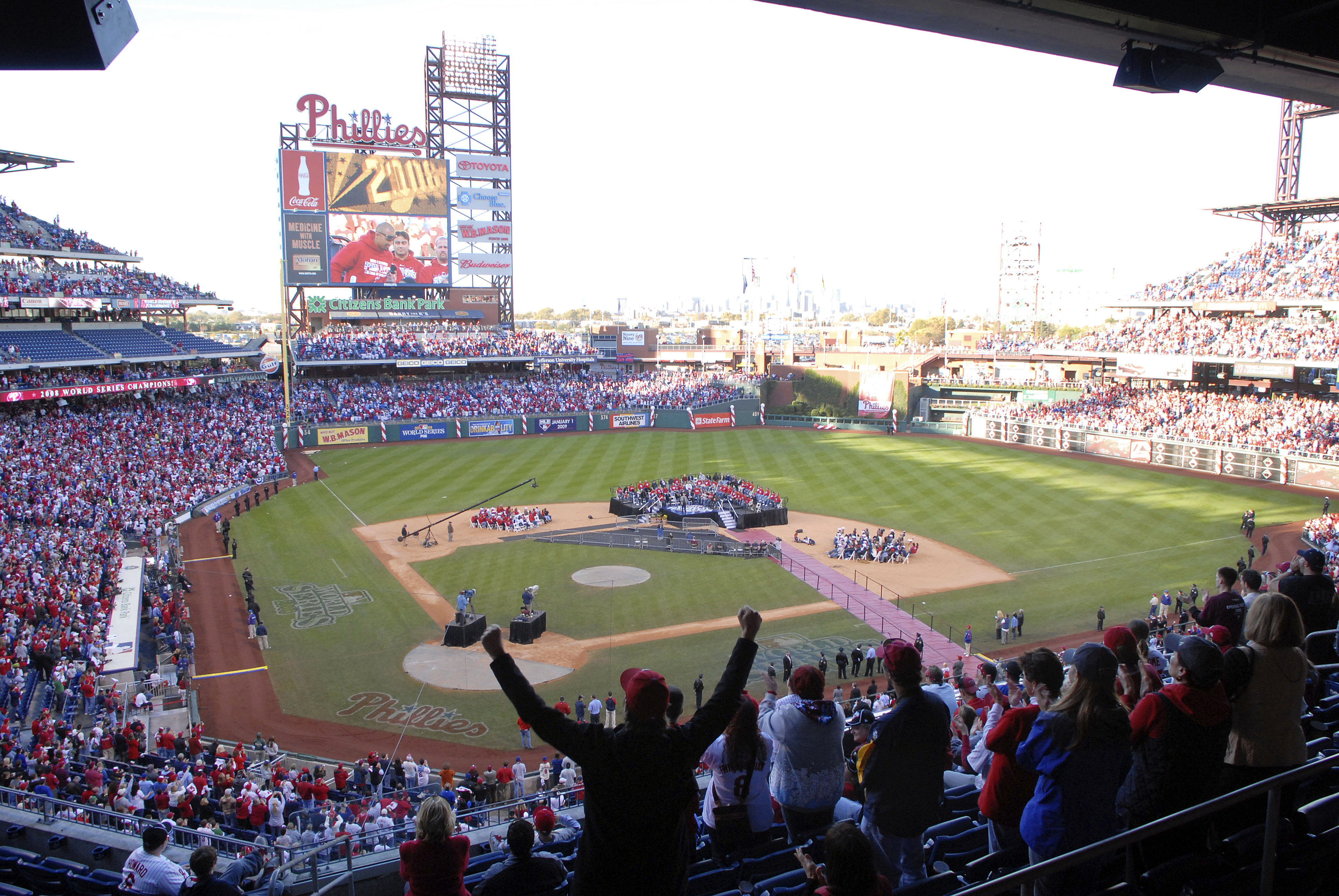 He might have only played there three times this year, but Posey definitely looked comfortable within the confines of Citizen's Bank Park in Philadelphia. In that series, Posey went 5-12 with a pair of RBI.

The Giants will be looking for someone in the middle of their lineup to take the reigns and dominate on the road. Posey showed that he could do just that in 2010. It may have only been three games in Philly, but it's certainly a good sign.

Capable Batters To Reach Base In Front Of Him 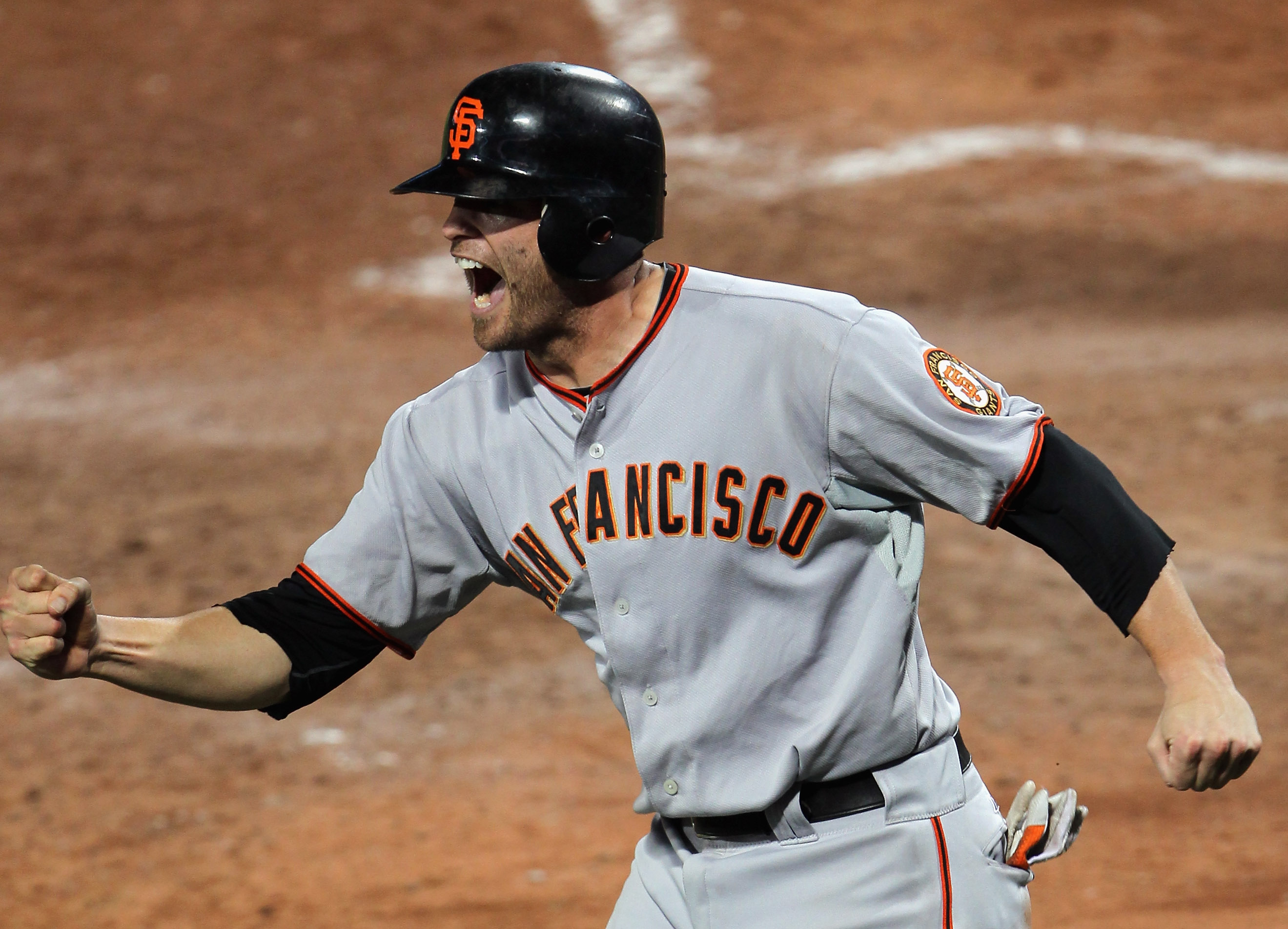 Buster Posey can wreck if he can get some help. Both Andres Torres and Freddy Sanchez struggled in the NLDS, but if they can turn that around against the Phillies, there will be many more run-scoring opportunities for Posey and the Giants.

Posey might not have driven in any runs during the NLDS against the Atlanta Braves, but that will certainly turn around if his teammates can get on base and into scoring position.

Will Succeed With RISP 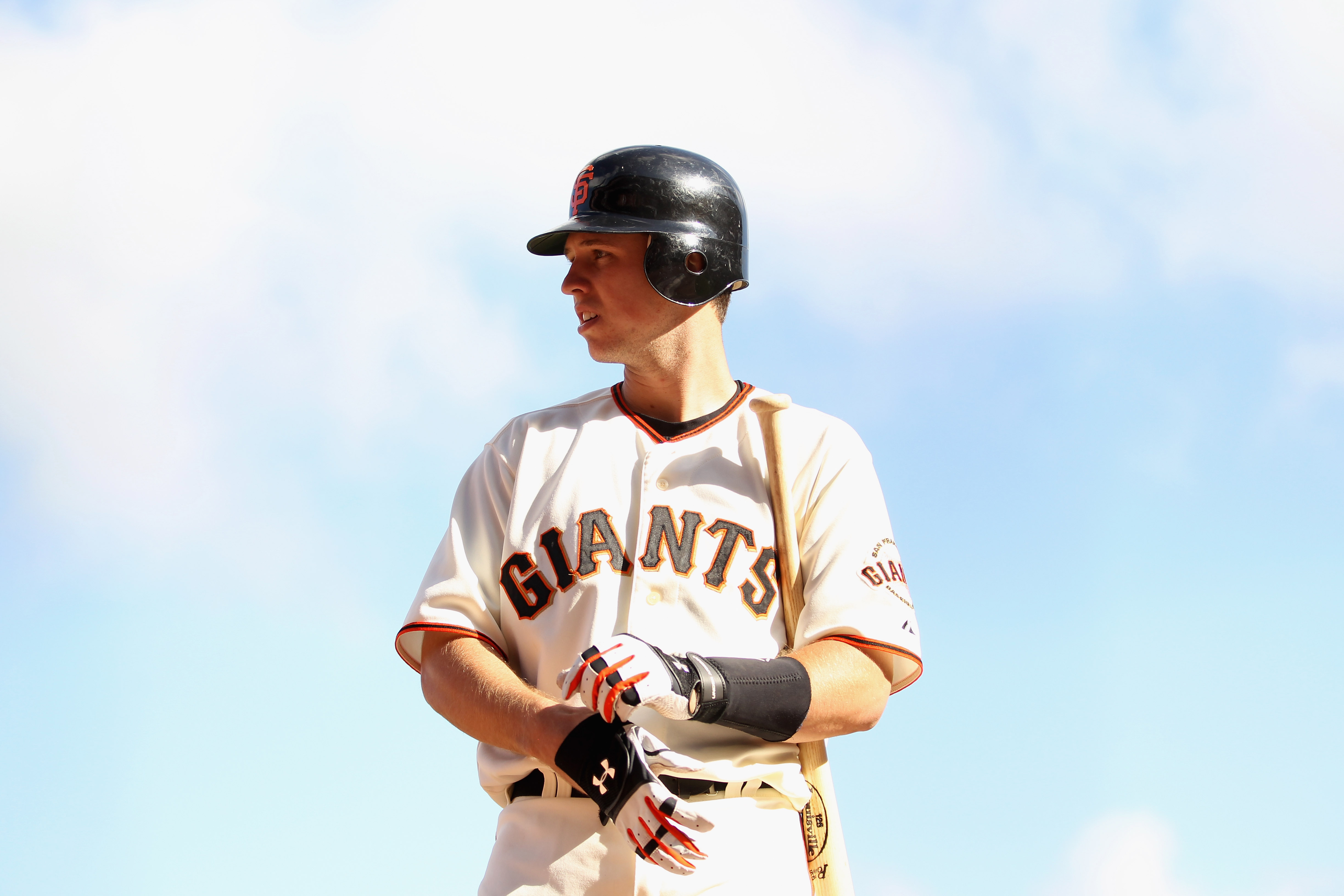 If the Phillies make mistakes and allow baserunners ahead of Posey, he will make them pay. On the season, Posey hit .312 with runners in scoring position. With producers like Andres Torres, Freddy Sanchez and Aubrey Huff kicking off innings, Posey could easily find opportunities to clean house out of the clean-up spot.

Posey Must Produce Early and Often 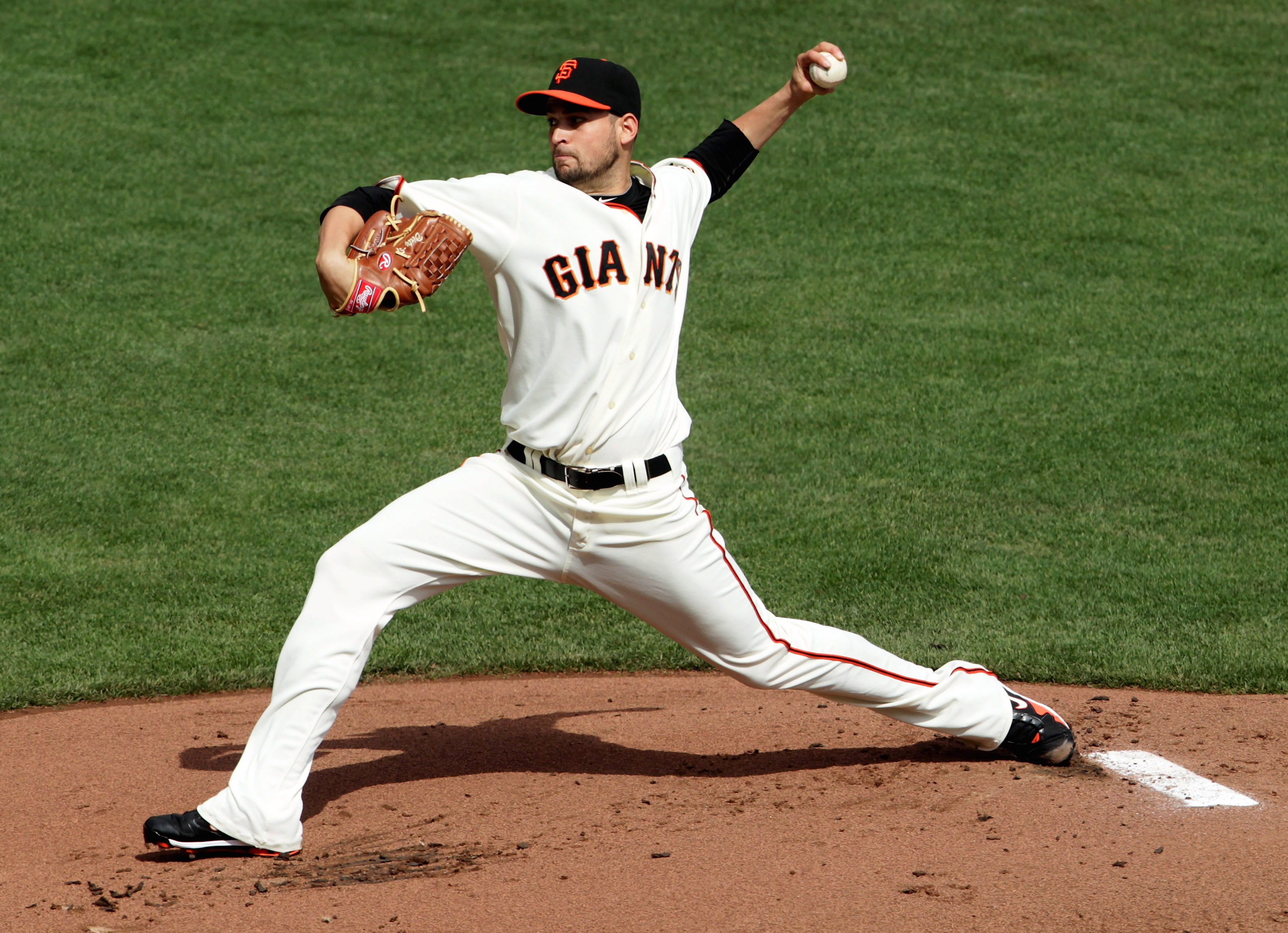 Interestingly enough, the Phillies may have tossed a shutout and a no-hitter against the Reds, but the starting pitching statistics swing in favor of the San Francisco Giants. Their starters had a lower ERA in the NLDS, although they did have the extra game to pad that stat.

If Giants starting pitching can one-up that of the Phillies, Posey has a clear opportunity to be a difference maker. If any of these NLCS games figure to be a close game in or around extra innings, Posey can hit in the clutch, and don't be surprised if he capitalizes off his teammates' solid pitching.

Ryan Howard may have been the NLCS MVP in 2009, but that won't be the case this year. He hit well against the Giants during the 2010 regular season, but struggled against Matt Cain and Jonathan Sanchez, two starting pitchers he'll likely see again. He could struggle if these guys pitch deep into ball games.

This gives more time for Posey to slug a little bit more against the opposing Phillies. He's had more success against Philadelphia starting pitching than Howard has had against San Francisco starters. Posey has yet to hit a postseason home run, but expect him to do so soon.

Ups His Offensive Game on The Road 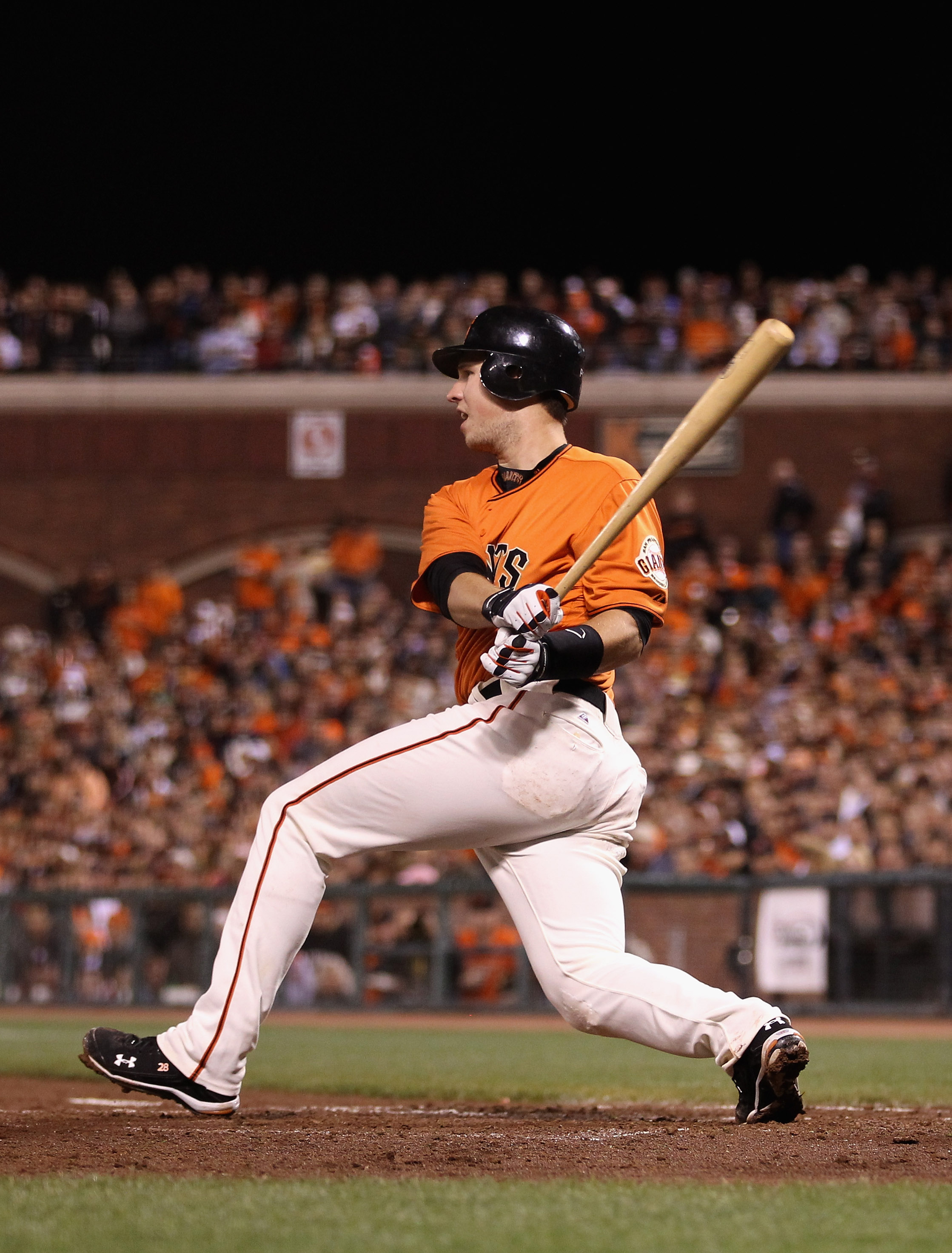 Posey hit well in three games at Philadelphia this year, but the fun didn't ended there. Despite hitting well under .300 at home, Posey hit a whopping .351 on the road overall. He's got the track record that says he can use this hitting ability and his power to further take advantage of Citizen's Bank Park.

Not many teams can say that they have such a reliable presence on the road. 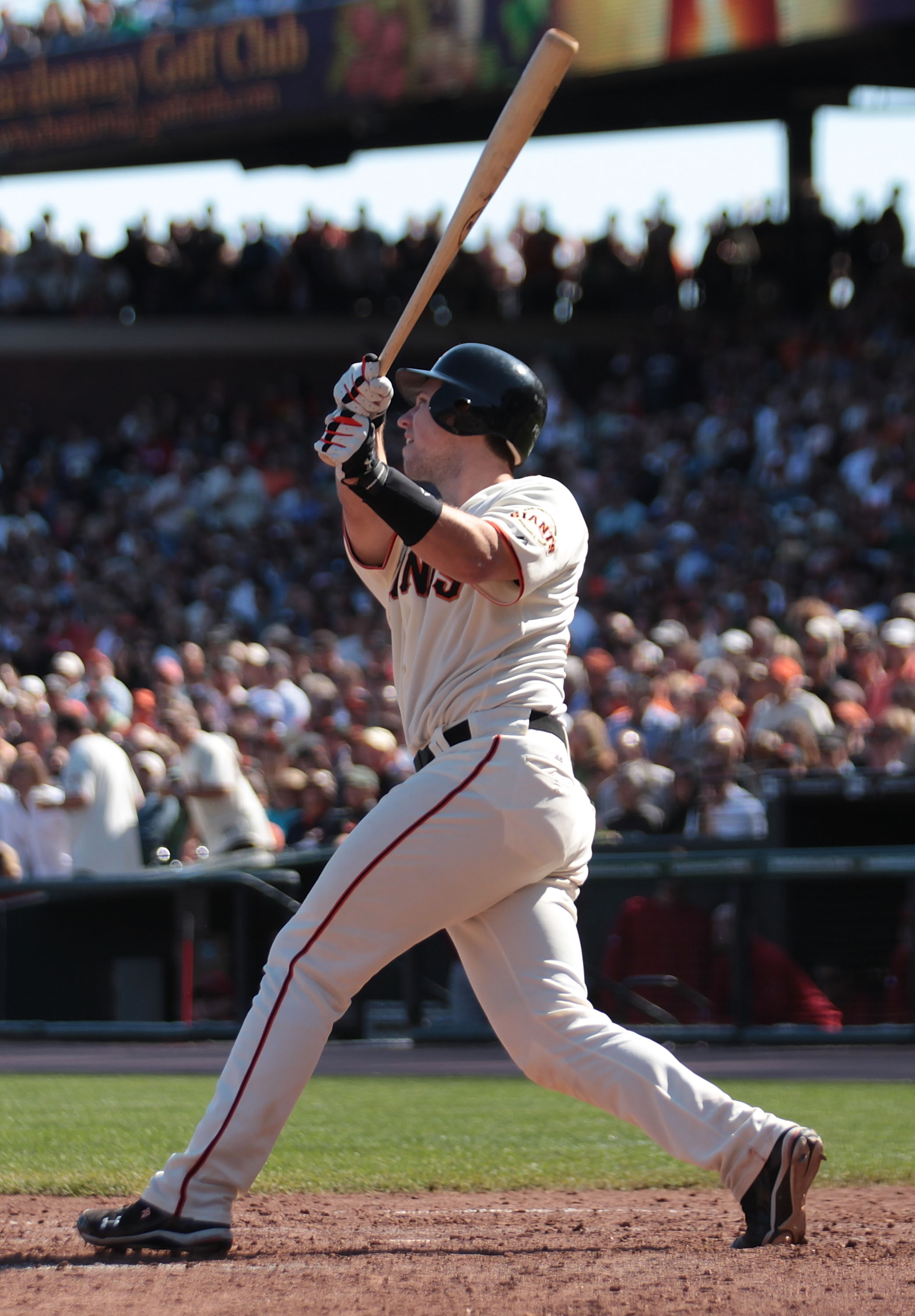 For a youngster, Posey brings remarkable plate discipline to all of his at-bats. In 108 games in 2010, Posey struck out just 55 times while drawing 30 walks. If his mature plate presence can factor into his postseason game, his patience will result in smarter hitting in the middle of the Giants order. This is a big factor in why he can easily stand out amongst names like Pat Burrell, Aubrey Huff and Pablo Sandoval, who has struggled to find the same stroke that Posey has been so successful with. 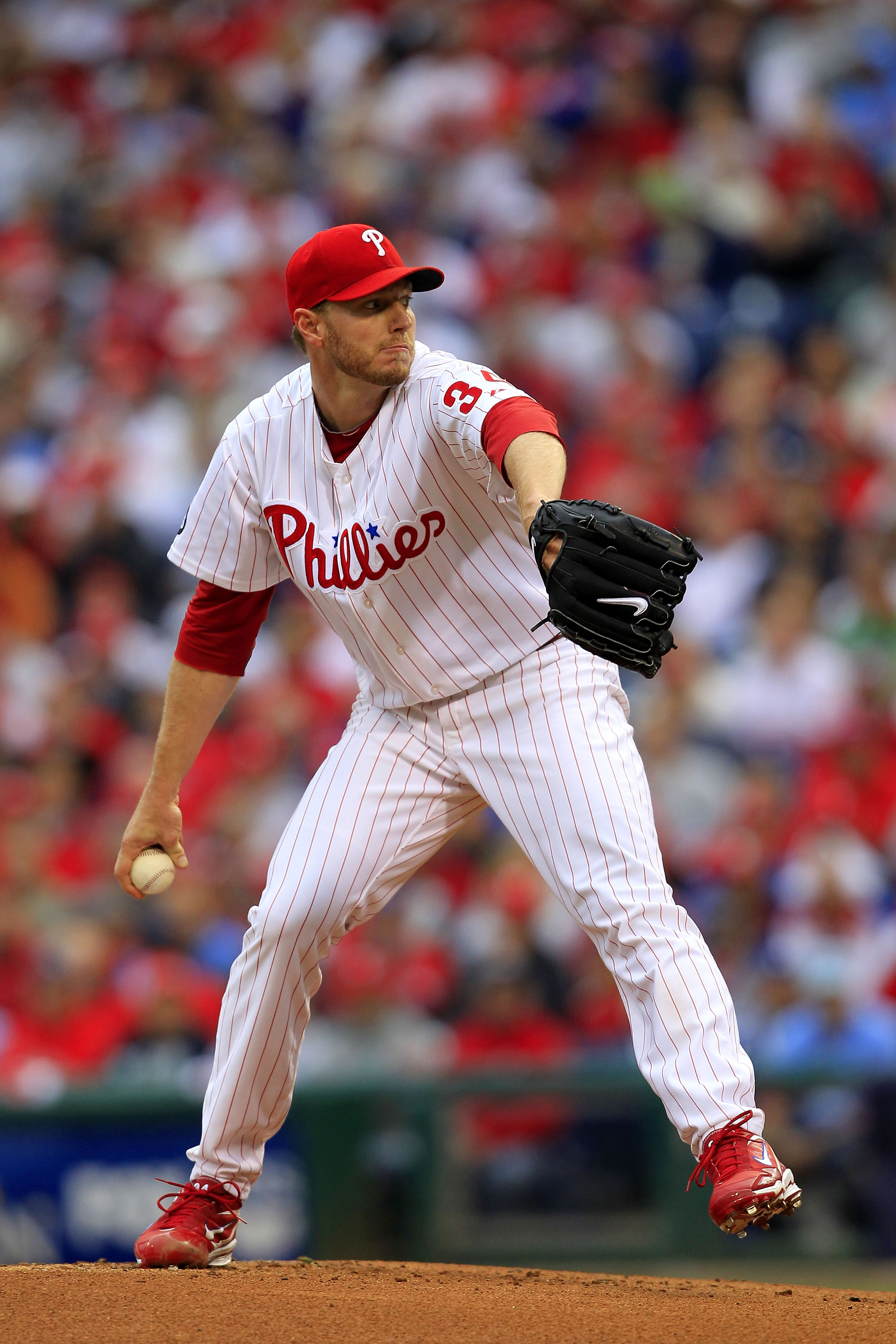 If Posey's hot hitting can carry over into the NLCS, he'll garner even more respect because he will be hitting against some of the finest pitching the National League has to offer.

Out of everyone in the Giants lineup, Posey could be the guy that exposes Roy Halladay as a human after his no-hit effort against the Reds in the NLDS. If the Giants are looking for big hits, Posey can provide them against the big name pitchers. Granted, he hasn't faced Halladay this year, so the matchup will be much-anticipated.

Posey will get tons of credit if he finds the strength to tee off against power pitchers like Halladay and Roy Oswalt. 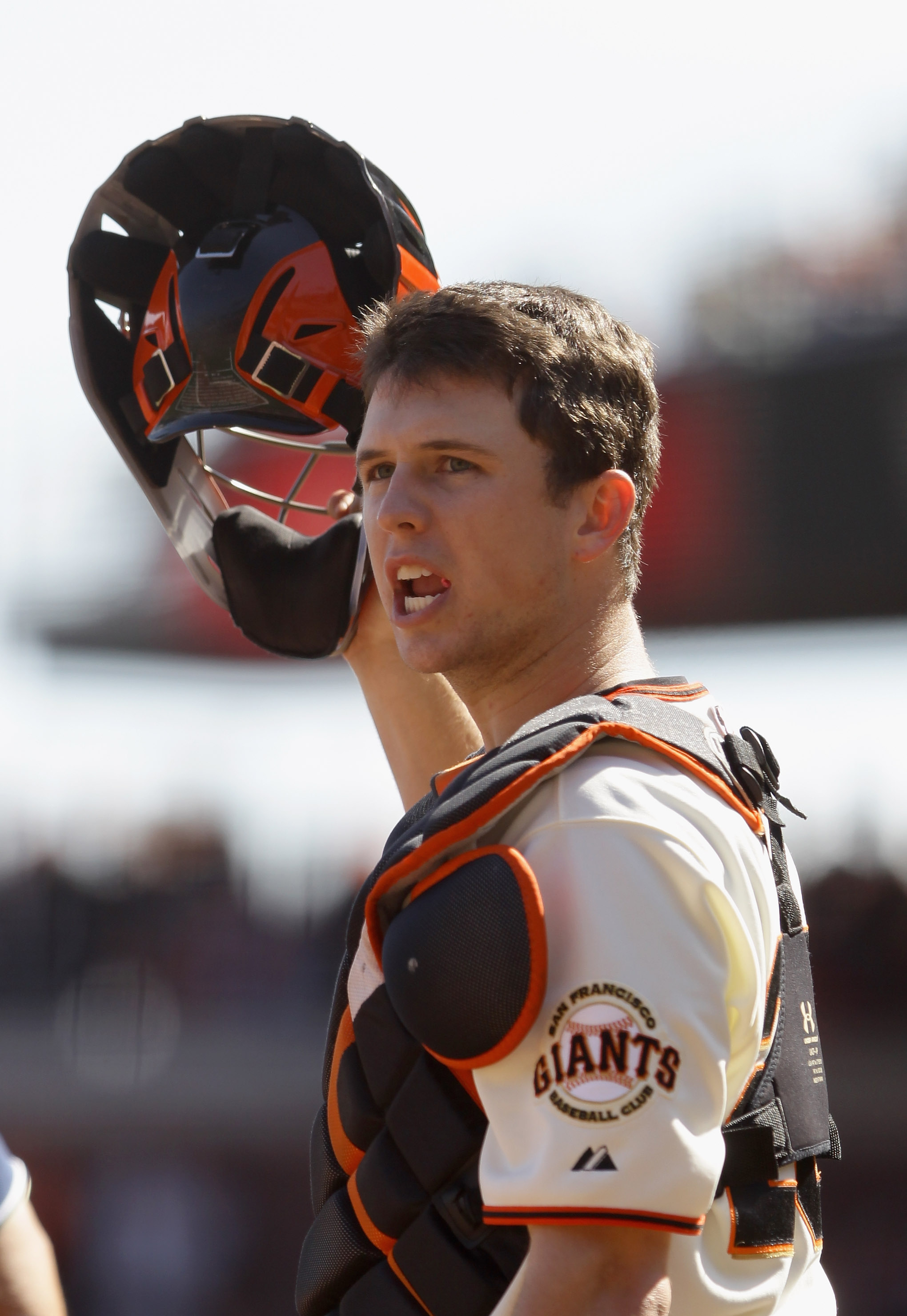 What more could a newbie like Buster Posey ask for? He has the opportunity to help lead his team to the World Series. Rarely does a rookie ever have a significant playoff impact.

Whether he'll admit it or not, Posey is aware of this and he'll be ready to post some monstrous numbers against the scariest team in the National League. At 23 years old, he has the chance to become a relatively storied rookie in Major League Baseball history, especially if he generates that big of an impact during this postseason.