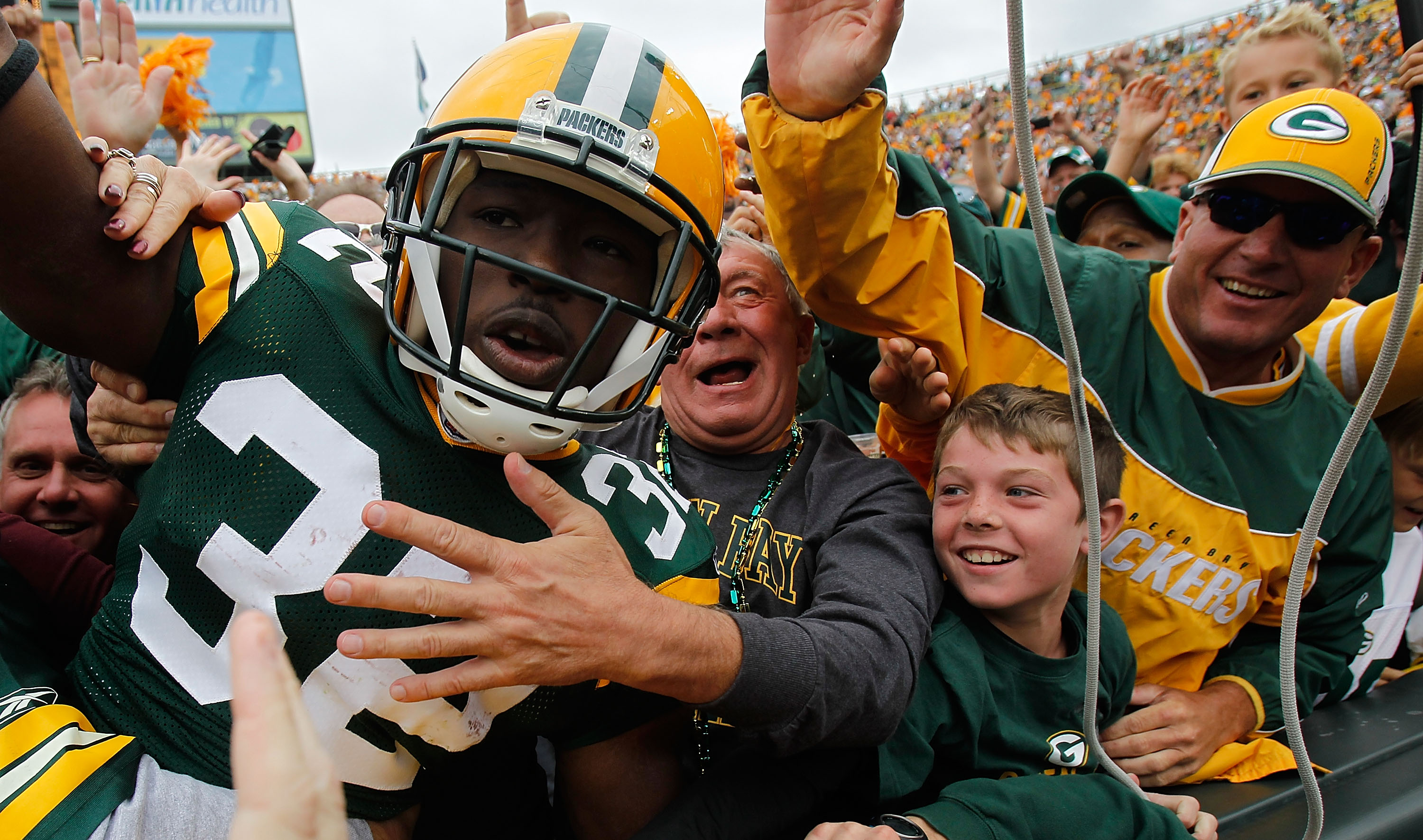 It's Week 3 of fantasy football and there's probably already been a lot of moving and shaking that have dramatically affected your league.

With some key injuries the last two weeks, plenty of rosters have already seen a few changes.

So here's some advice to help you sort it all out and hopefully make your decisions easier to get your roster ready for a big week.

Here are ten players to bench for Week 3. Good luck! 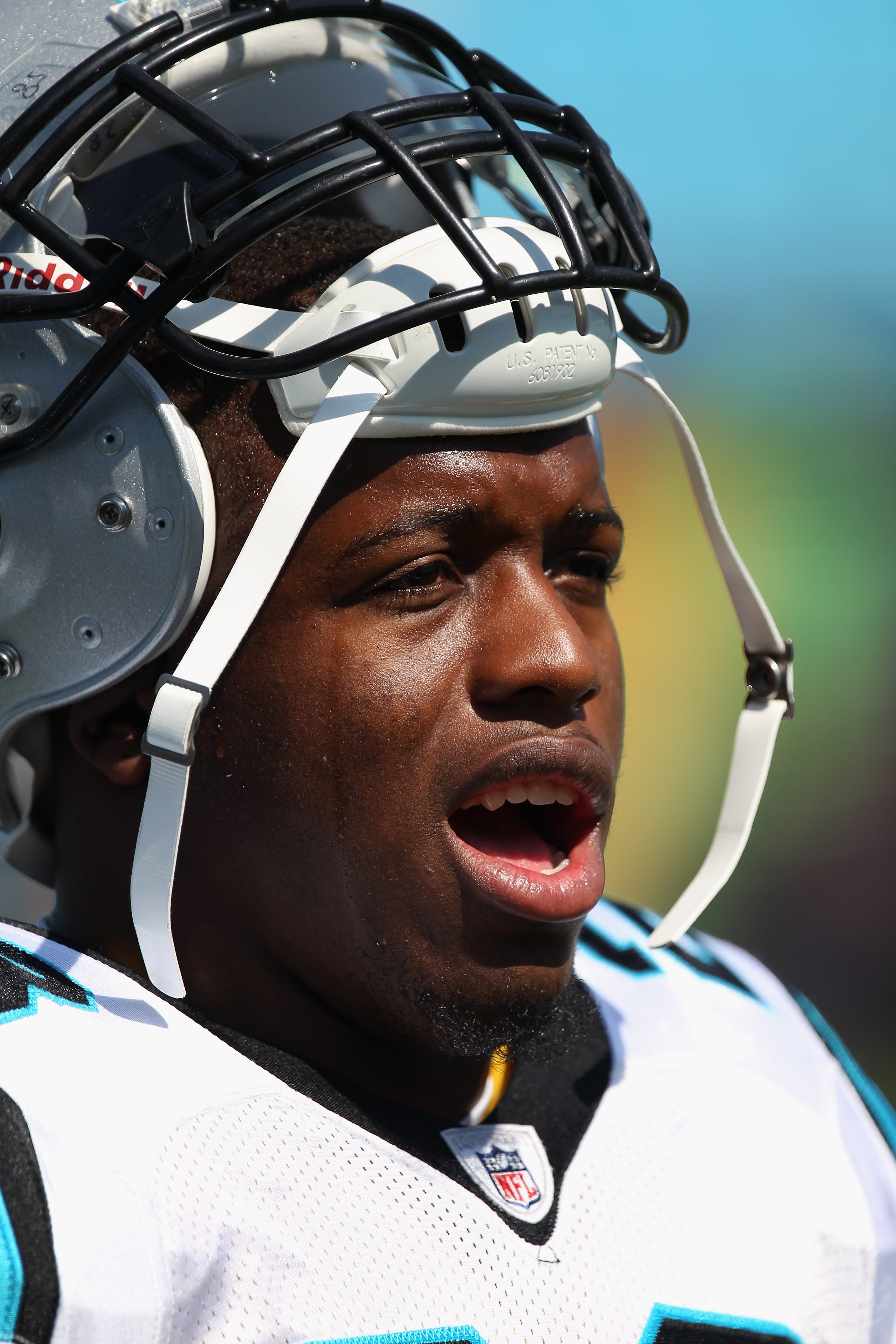 This sit recommendation is not a knock against Stewart. It's more of a knock against the Carolina offense especially now that rookie Jimmy Clausen will be taking over at quarterback.

Their running game has failed to make anything happen so far this year. DeAngelo Williams has a 3.5 ypc average after two games and Stewart has only carried the ball 13 times.

Stewart is coming off back-to-back 10 touchdown seasons. He's eventually going to get his chance to shine and will inevitably be a productive fantasy player but it probably won't come this week. 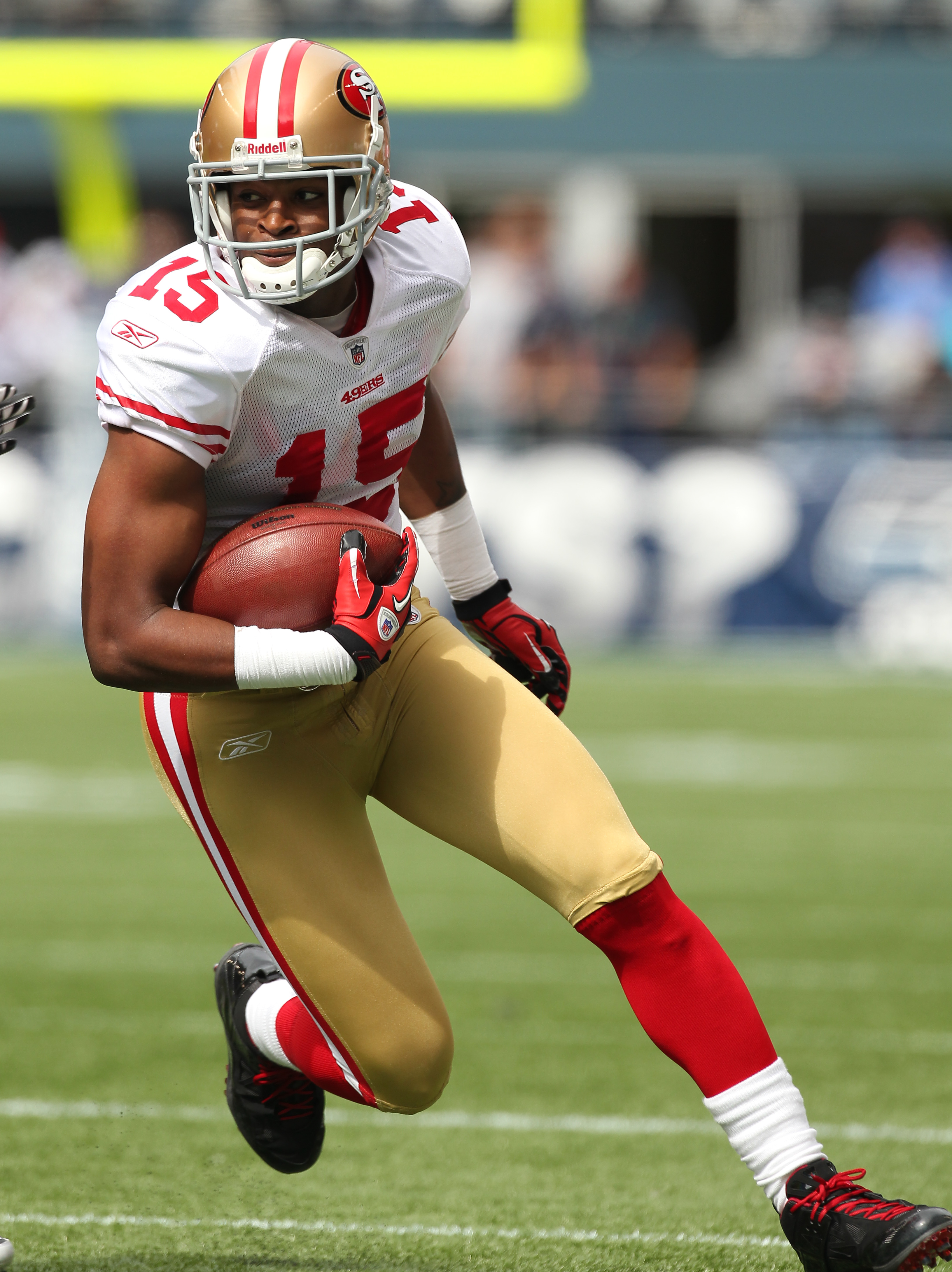 After two games, Crabtree has three catches for 44 yards.

He was hyped as a rookie and he was hyped again coming into this season.  Of course, he's given fantasy owners nothing to be excited about.

Now it seems that there's a higher likelihood of Joe Montana making a comeback than Crabtree and Alex Smith ever clicking with each other.

Sit him, or heck, drop him if you have other choices on the waiver wire. 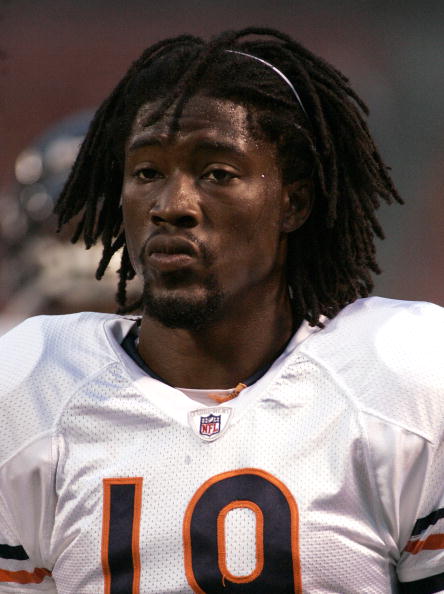 Aromashodu was a preseason sleeper.  On Week 2, he fell asleep.

He found himself being limited to only one offensive possession against the Dallas Cowboys.

Mike Martz told reporters after the game: "I would just say this and we'll let this thing go: Devin is a bit of a specialist in that he doesn't play the slot...He's not comfortable in there. He's not familiar with it."

To me that translates to: "The guy can't run his inside routes."

It could very well be that the Bears coaching staff was just trying to light a fire under Aromashodu but you're better off seeing how this will play out.

Sit him and find another option. Devin Hester anyone? 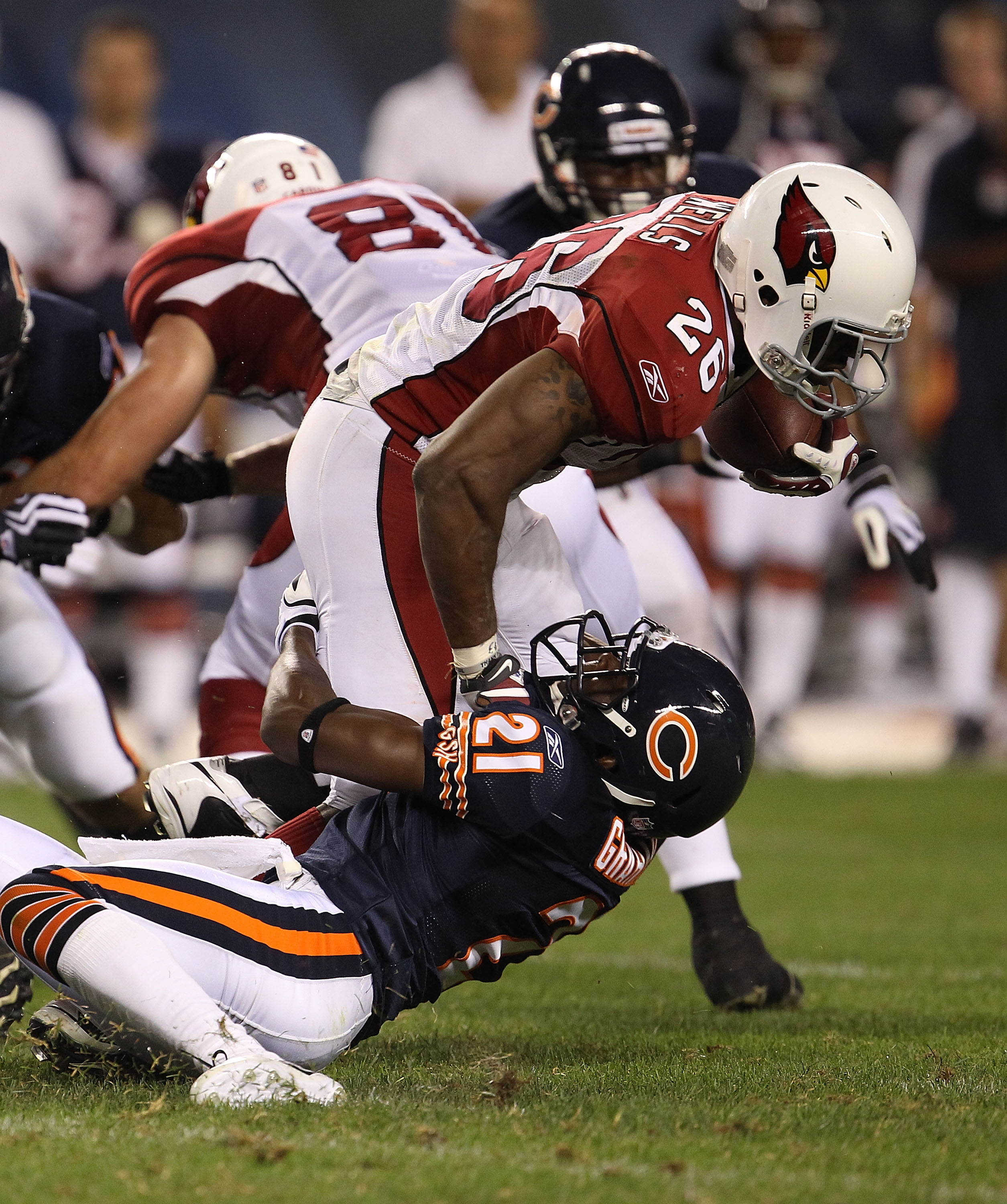 Here we go again. What's the latest on Beanie?

The Arizona Republic revealed this week that his injury was actually a lot worse than we were led to believe.

He actually had surgery on a torn meniscus during the preseason and has taken the last three weeks to recover.  It wasn't a bone bruise, folks!

A torn meniscus is a lot more worrisome for fantasy owners than a bone bruise.

Even if he does play this week, he will likely share the ball with Tim Hightower.

So sit Beanie because you should still be skeptical about his health. 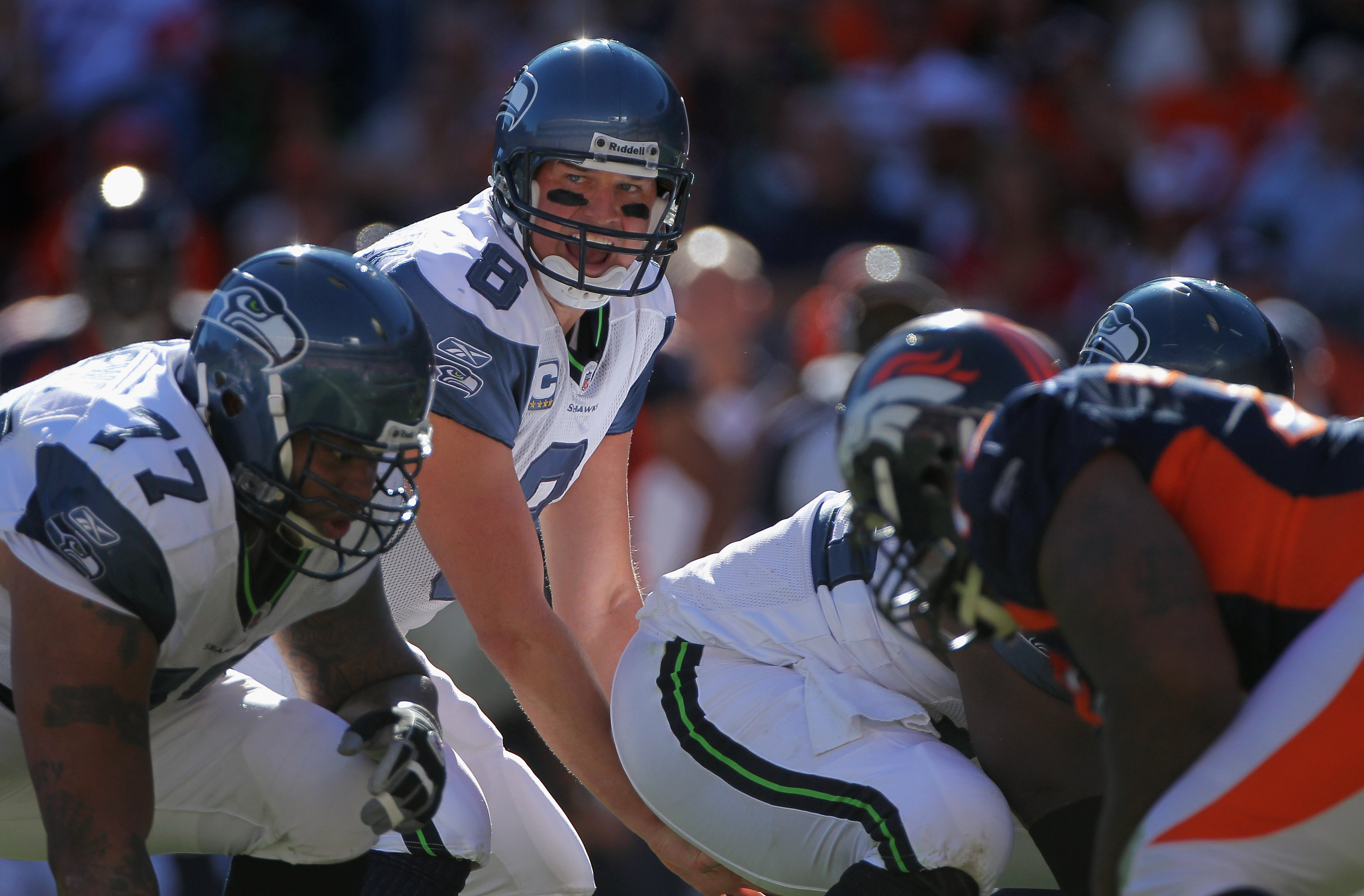 He showed us flashbacks of his former Pro-Bowl self playing against the San Francisco 49ers at home Week 1, throwing for 170 yards and 2 TDs.

Give the Chargers secondary more credit; with Quentin Jammer and Eric Weddle protecting from the pass, they're a lot more experienced and talented than the 49ers.

This is not the Matt Hasselbeck of old.  If you want more interceptions than touchdowns from your starting quarterback, by all means play him.

Otherwise, sit him down. 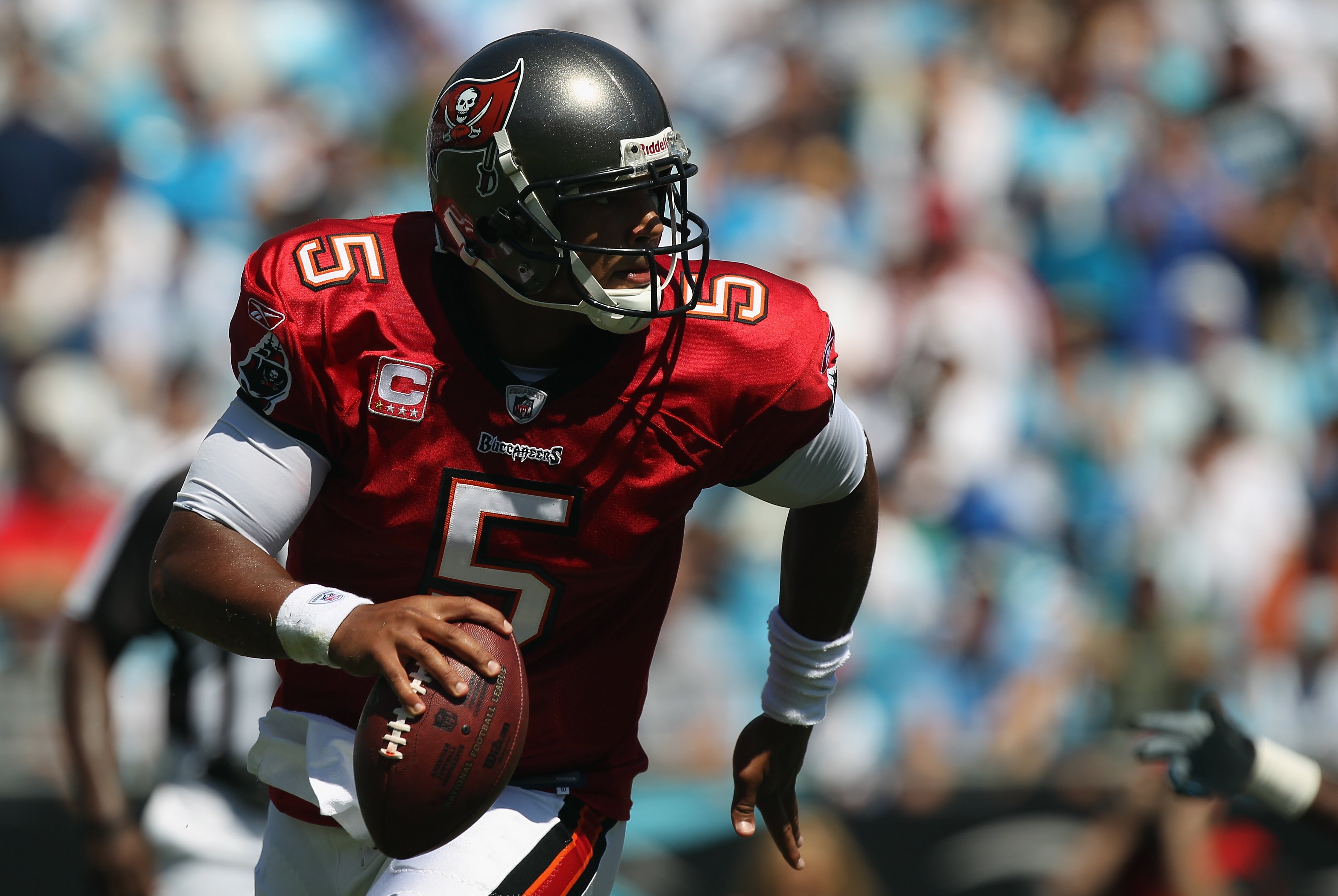 The second-year player has thrown for two touchdowns in back-to-back games against Cleveland and Carolina.

Is it going to be three straight games?

Chances are that's not going to happen playing against Troy Polamalu and Pittsburgh Steelers. 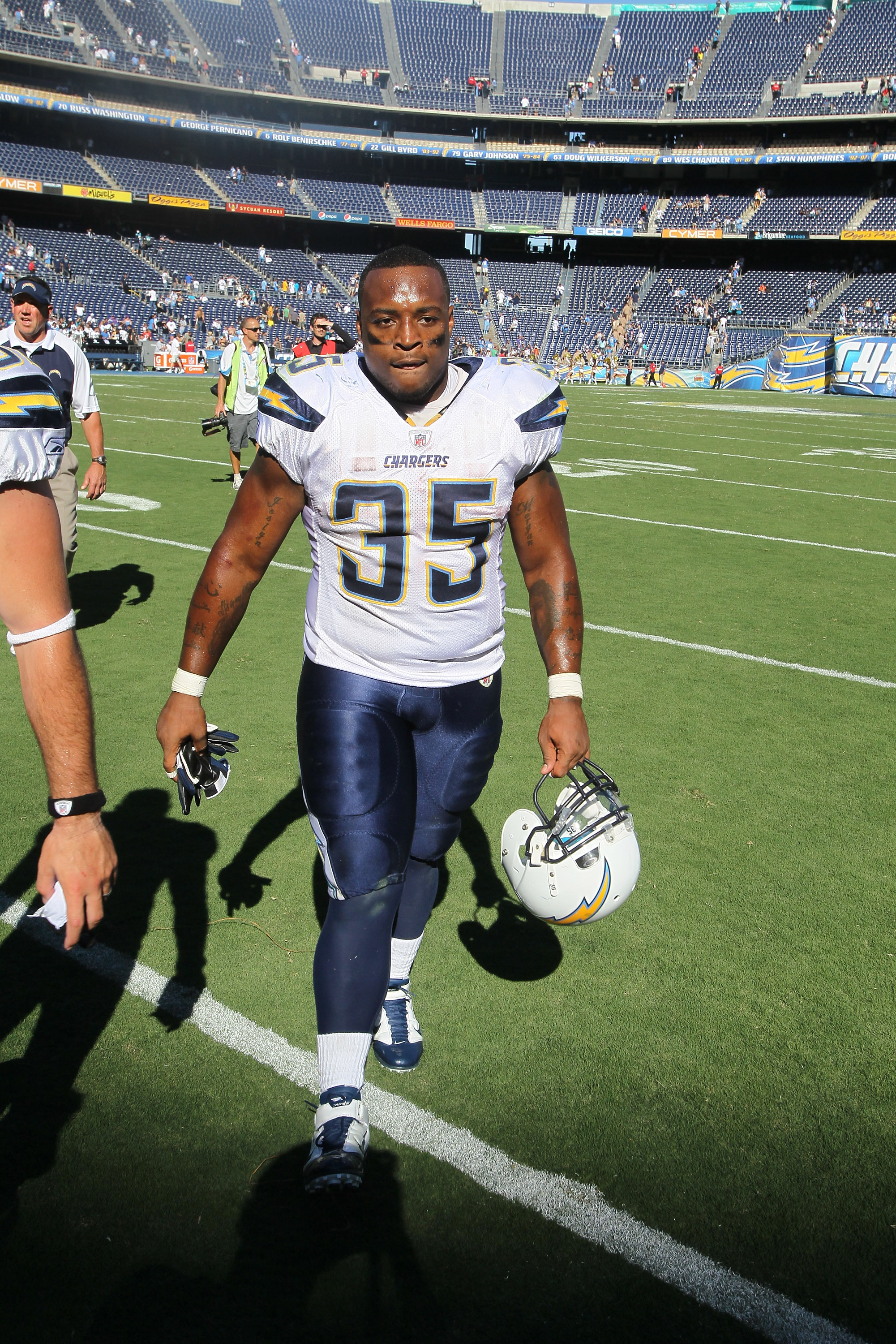 If you haven't heard, Ryan Matthews is likely to sit out this week against the Seattle Seahawks.

When Matthews got injured against the Jacksonville Jaguars, Tolbert immediately stepped in and carried the ball 16 times for 82 yards and two touchdowns.

Definitely not a bad showing after coming in relief.  But I'm here to remind you that he'll be facing a pretty solid Seattle run defense.

If you're looking for a repeat of Tolbert's performance against Jacksonville, those expectations need to lowered.  He'll probably share the ball with Darren Sproles and is unlikely to get a touchdown on the ground. 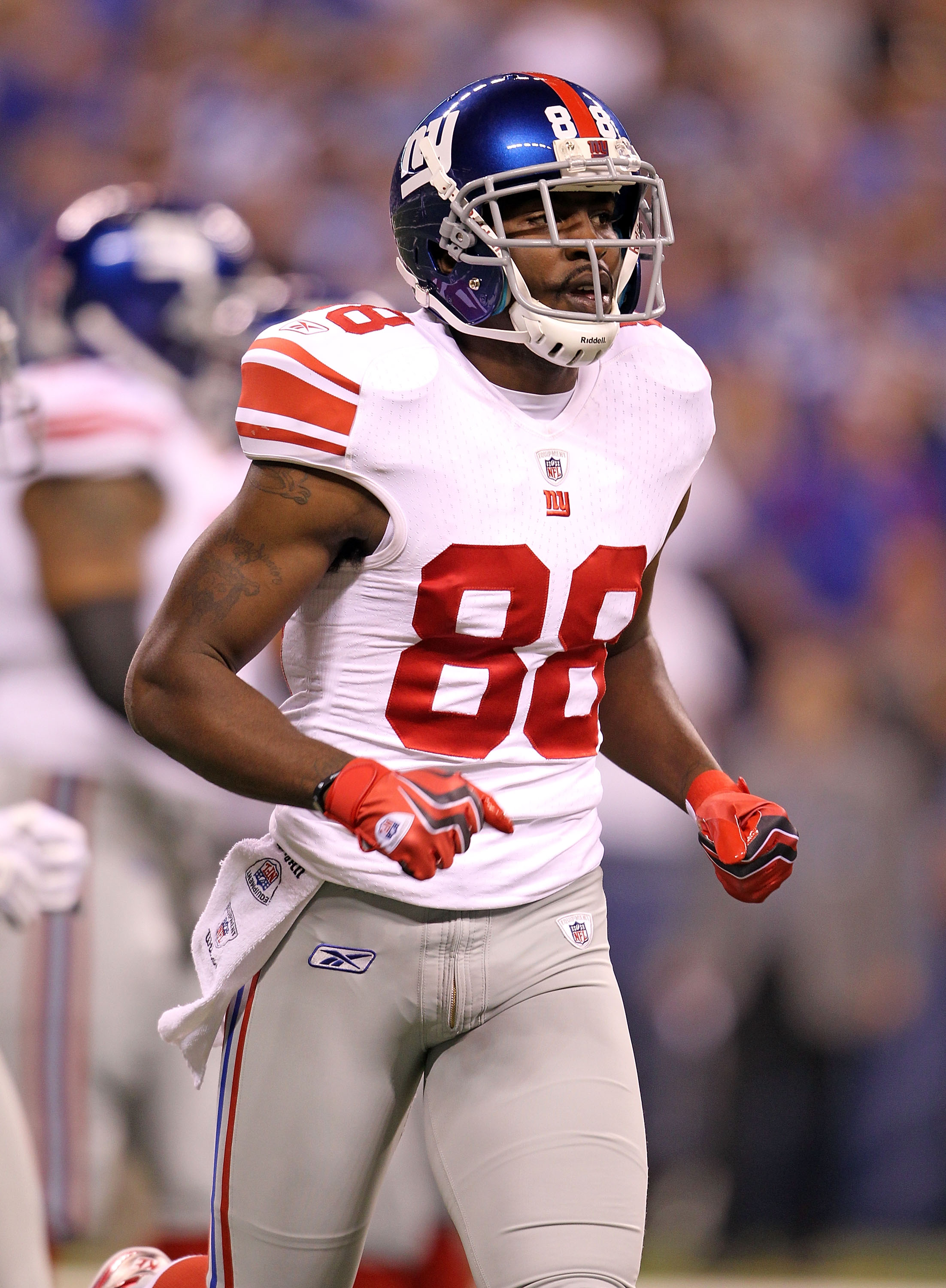 So I say sit him this week.

The Titans pass defense has been remarkable so far this year, allowing an average of 85.5 yards in the air; granted they've played the Oakland Raiders and the Pittsburgh Steelers.

But Nicks is still going to draw some tough coverage from Cortland Finnegan this week and he's still nursing an injury. 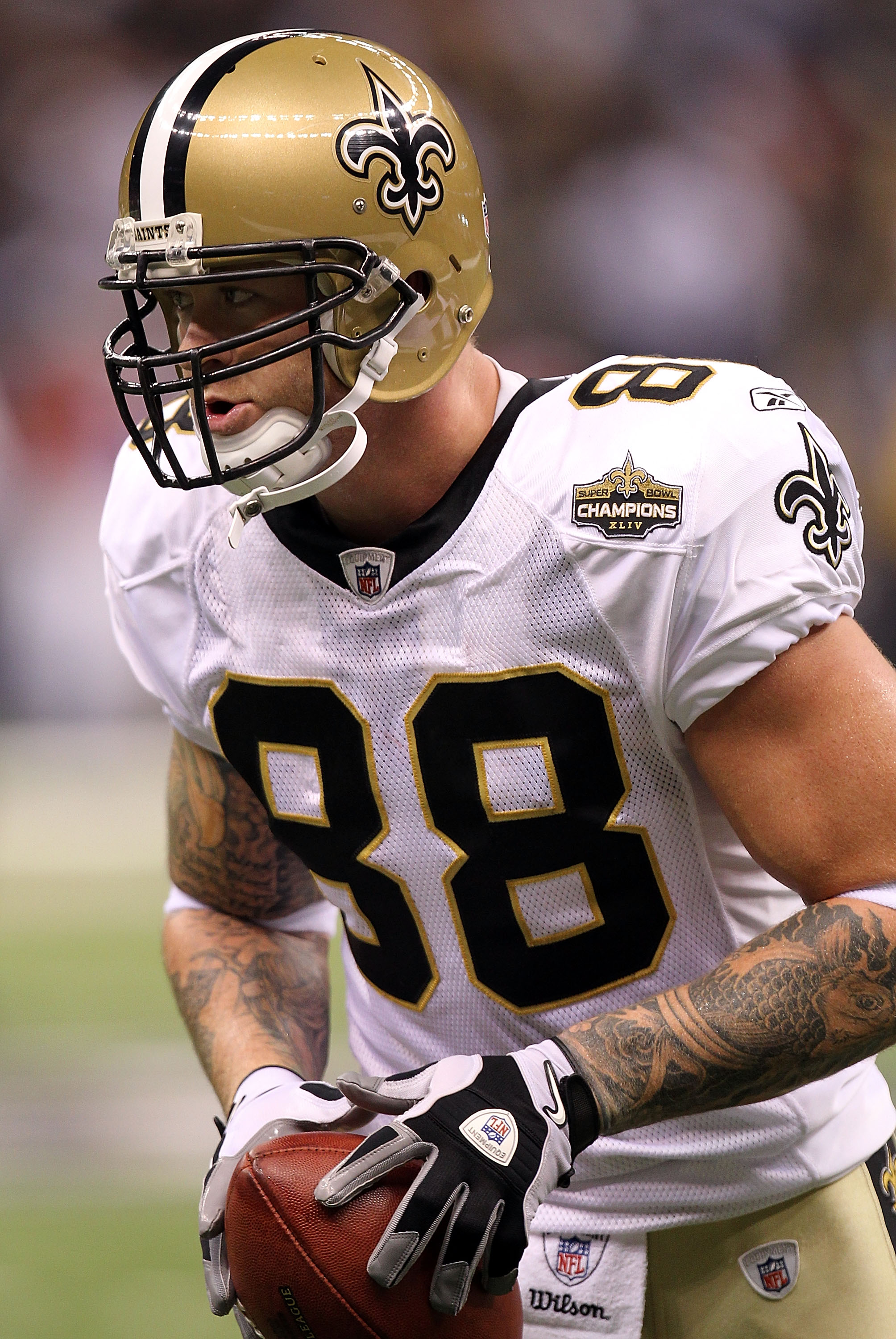 Instead of telling you to bench Drew Brees, I'm going to tell you sit his tight end.

The Atlanta Falcons pass defense has yet to allow a touchdown this season.

However, that two-game streak will probably end against the Saints.

The Saints know that the Falcons weakness is in their run defense.  They'll probably go to Pierre Thomas early.

Therefore, Shockey will probably see himself doing run-blocking duty instead of much pass-catching activity this week. 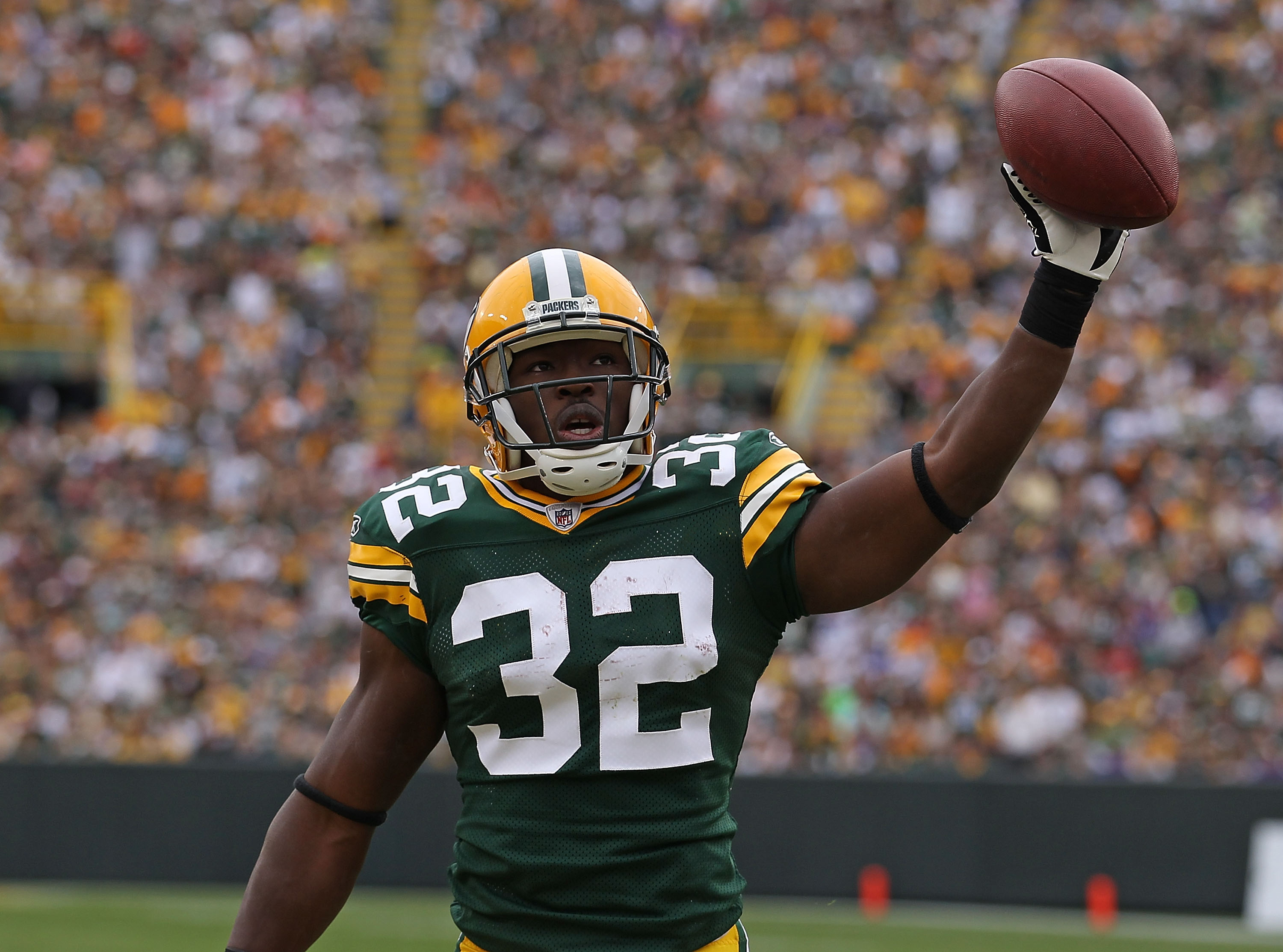 How much faith does Green Bay have in Brandon Jackson as their feature back?  Not much, which is why they've been trying to trade for Marshawn Lynch for the last two weeks.

After two games, Jackson has rushed for a total of 92 yards on 29 carries.

This week, his 3.2 YPC average isn't expected to see an increase against the Chicago Bears.

The Bears, led by Brian Urlacher, are ready to shut down Jackson and Green Bay's running game.

So far this year, the Bears defense have allowed a total of 56 rushing yards on 44 carries.  Scary.