Joe Torre Leaves Los Angeles Dodgers: Where Does He Rank Among All-Time Managers? 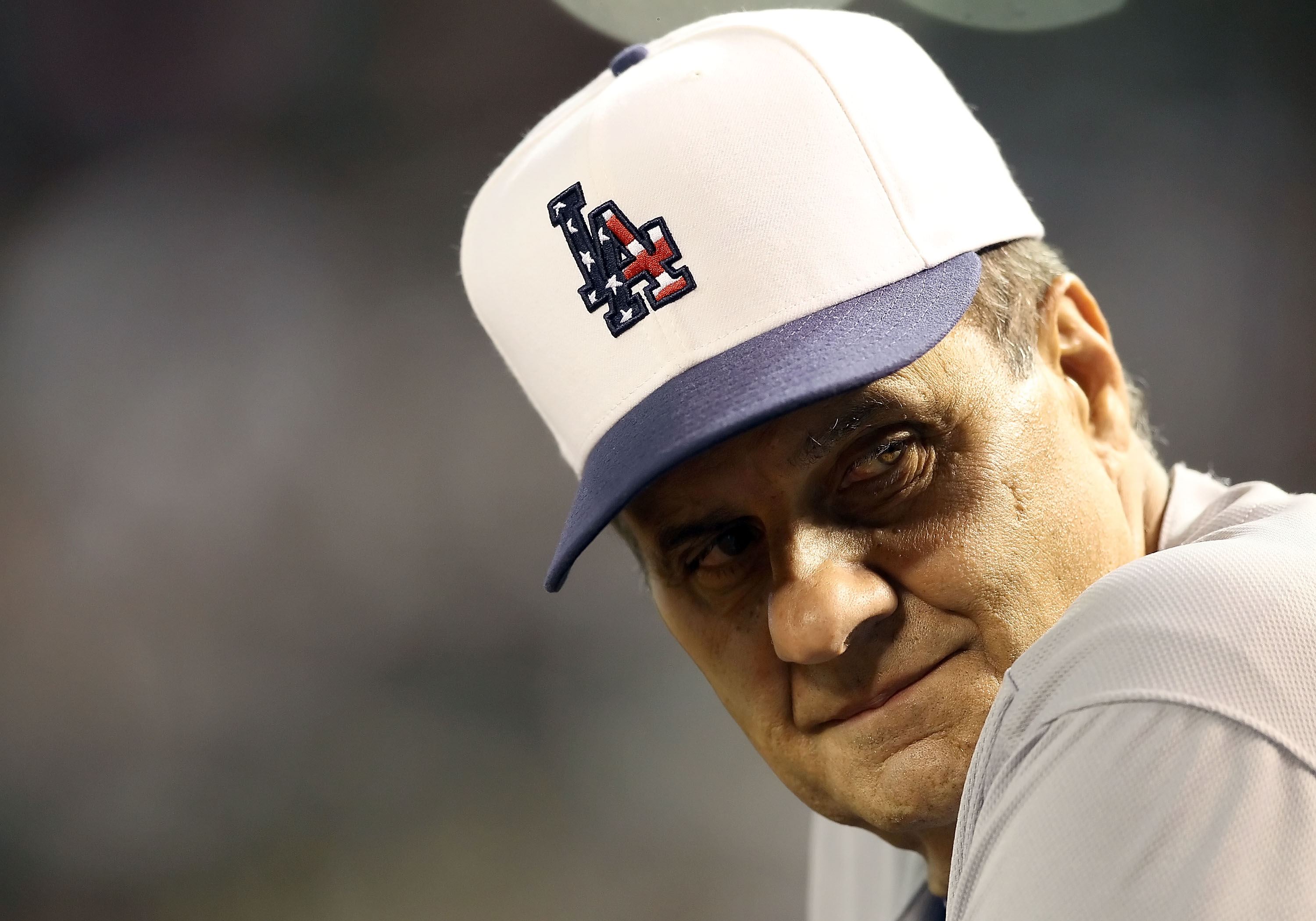 Los Angeles Dodgers manager Joe Torre surprised the baseball world with the announcement on Friday that he will step down from his position following the season, named Don Mattingly his successor.

Meanwhile, we don't yet know what Torre's future plans include. Will he manage again or is this the end of his career?

If this is the last stop for Torre the manager, it has certainly been an interesting one. Torre, of course, is best known for the four titles he won with the New York Yankees. But is he a great manager? Is he a Hall of Famer?

Torre was once dubbed "clueless Joe" as he had a .471 winning percentage prior to 1996, with only one division title.

However, since then Torre has compiled a snazzy .590 winning percentage, 12 division titles, six pennants and those four World Series titles.

So, is he a good manager who simply had lousy teams? Or is a lucky guy who came to the Yanks at the right time, with an organization that spends money like a drunken sailor?

Similar to Phil Jackson in the NBA, the answer is probably a little bit of both. It's not easy to manage a team of stars, yet even a good manager can't win without talent.

As we go through the list, we compare Torre with the greats of all-time so you can form your own opinion. 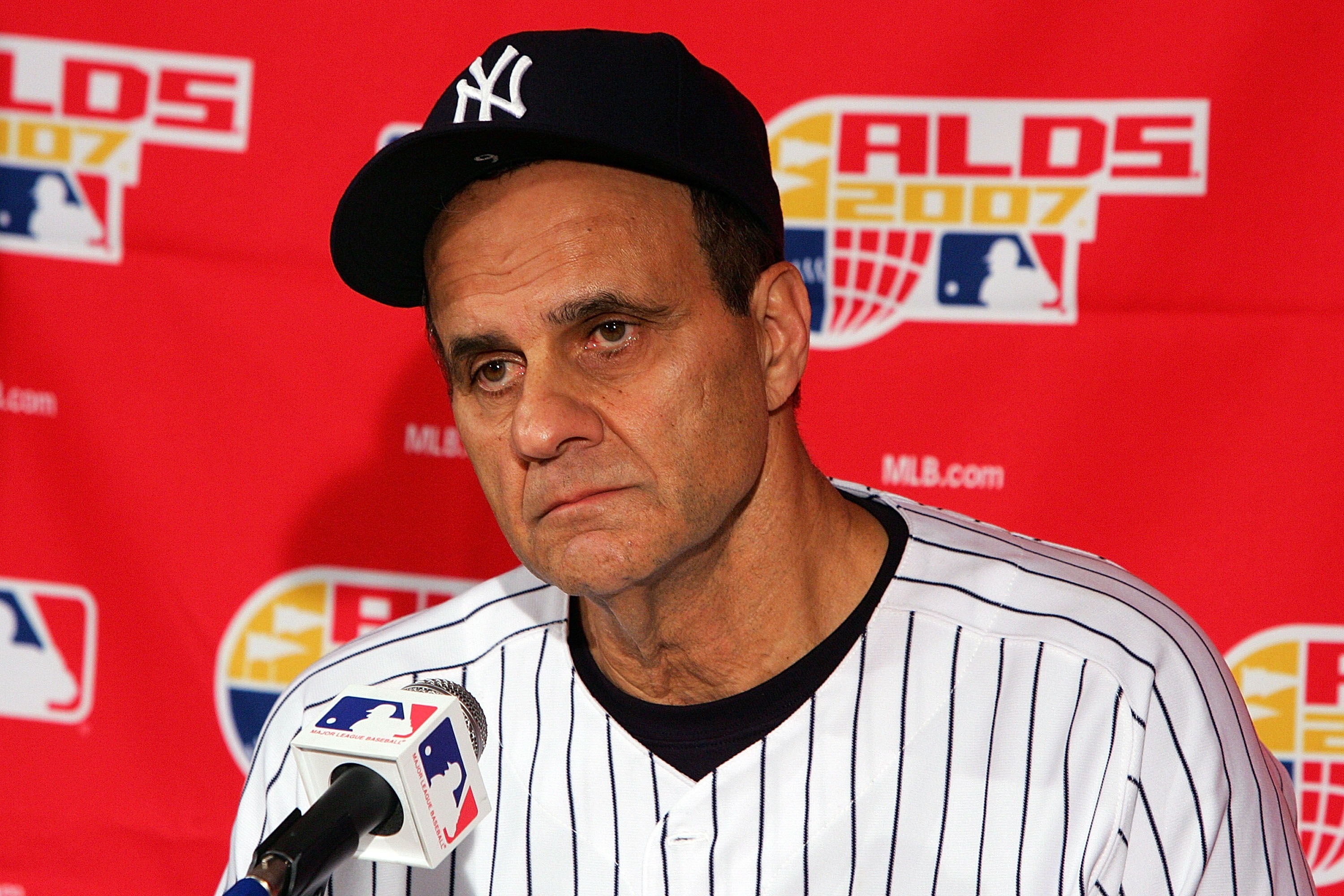 Well, that ends the speculation quickly now doesn't it?

Torre is ranked tenth on this list because his bad teams were very bad and he really didn't have a chance to win. But when he was given good teams, he did not disappoint.

Torre was a journeyman manager with limited success (his Braves and Cardinals teams often overachieved) when he took control of the Yankees in 1996. Then the Yankees won the championship in his first season, and went on to three more titles in the next four seasons.

He knows how to manage modern stars as well as anybody, and his record is Hall-of-Fame-worthy.

Working for The Boss wasn't easy, as you can see from the weary expression on Torre's face in this photo. 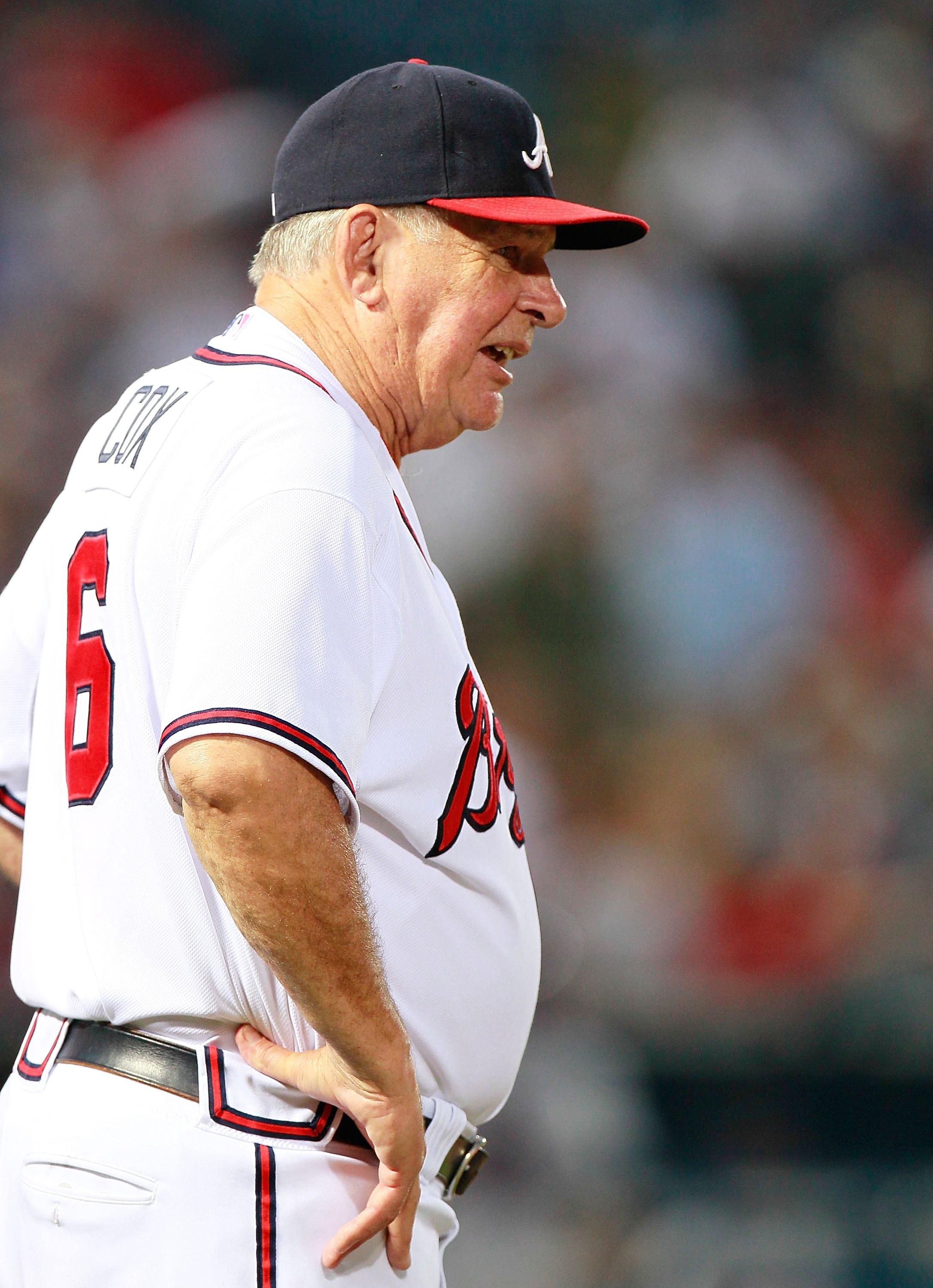 He ranks ahead of Torre only because he also was a GM and he built the Braves teams that went on to win 14 consecutive division titles.

Sure, he never won more than one title, unlike Joe, but then again he didn't have the benefit of having the highest payroll in baseball.

Only John McGraw and Joe McCarthy were better in winning more games than they lost.

Bobby has been ejected more than any manager in history, but you can't eject him from this list! 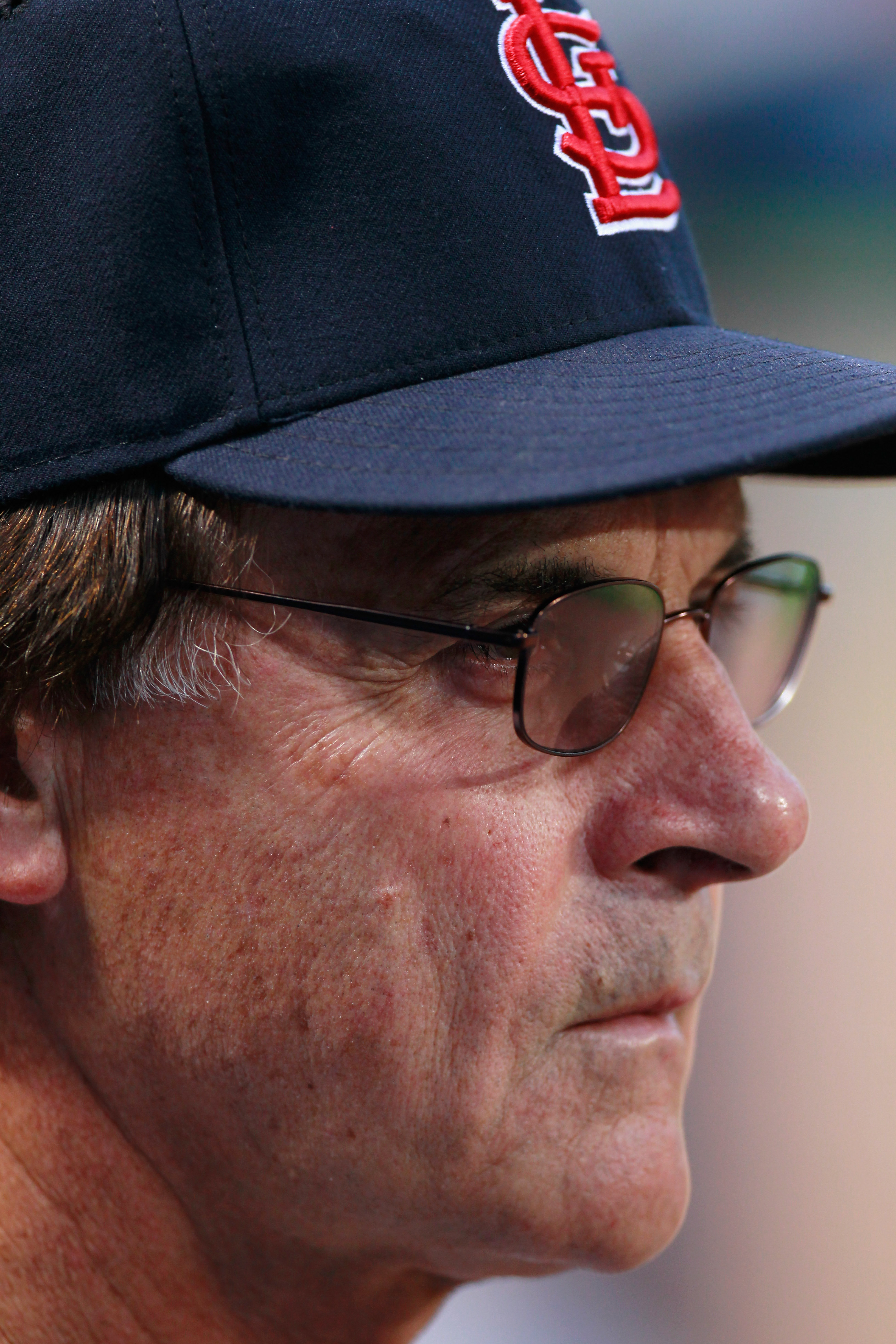 Tony LaRussa has won two championships and five pennants and was the first manager to win more than one pennant in both leagues.

Why is he ranked ahead of Torre and Cox? Well, his record is the best among active managers, he's third in all-time wins and second in games managed.

Tony is a smart manager with a law degree, and uses statistical analysis. Agree with it or not, he often has batted the pitcher eighth in the lineup. 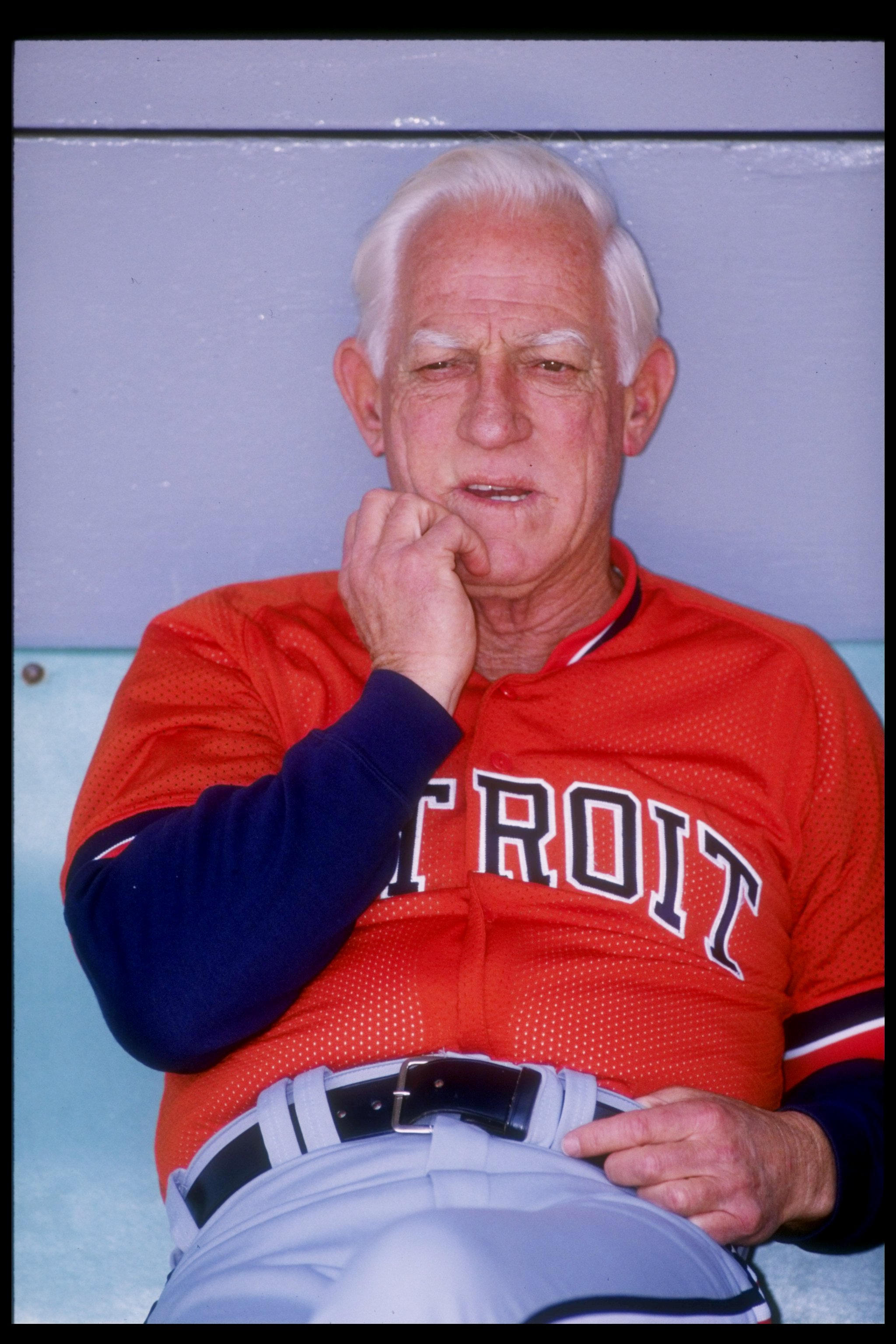 Sparky managed one of the greatest teams in history with the "Big Red Machine" and he won three titles and five pennants.

Why does he rank ahead of Torre? Personal preference, I suppose.

Sparky was the first manager to win a World Series in both leagues and when he retired, he was third on the all-time wins list.

Anderson was one of the first managers to rely heavily on his bullpen.

Mr. Alston was a gentleman, and a very studious manager who won four titles and seven pennants with the Brooklyn and Los Angeles Dodgers.

In his second season, Alston led the Brooklyn Dodgers to their only World Series title, and he went on to win three more after the Dodgers moved to Los Angeles.

He also won seven All-Star games as manager, and was the first 1970s manager elected to the Hall of Fame.

In case you are wondering, there are apparently no Getty images of Walter, and our beautiful slideshow software won't allow me to upload a picture. Nice. 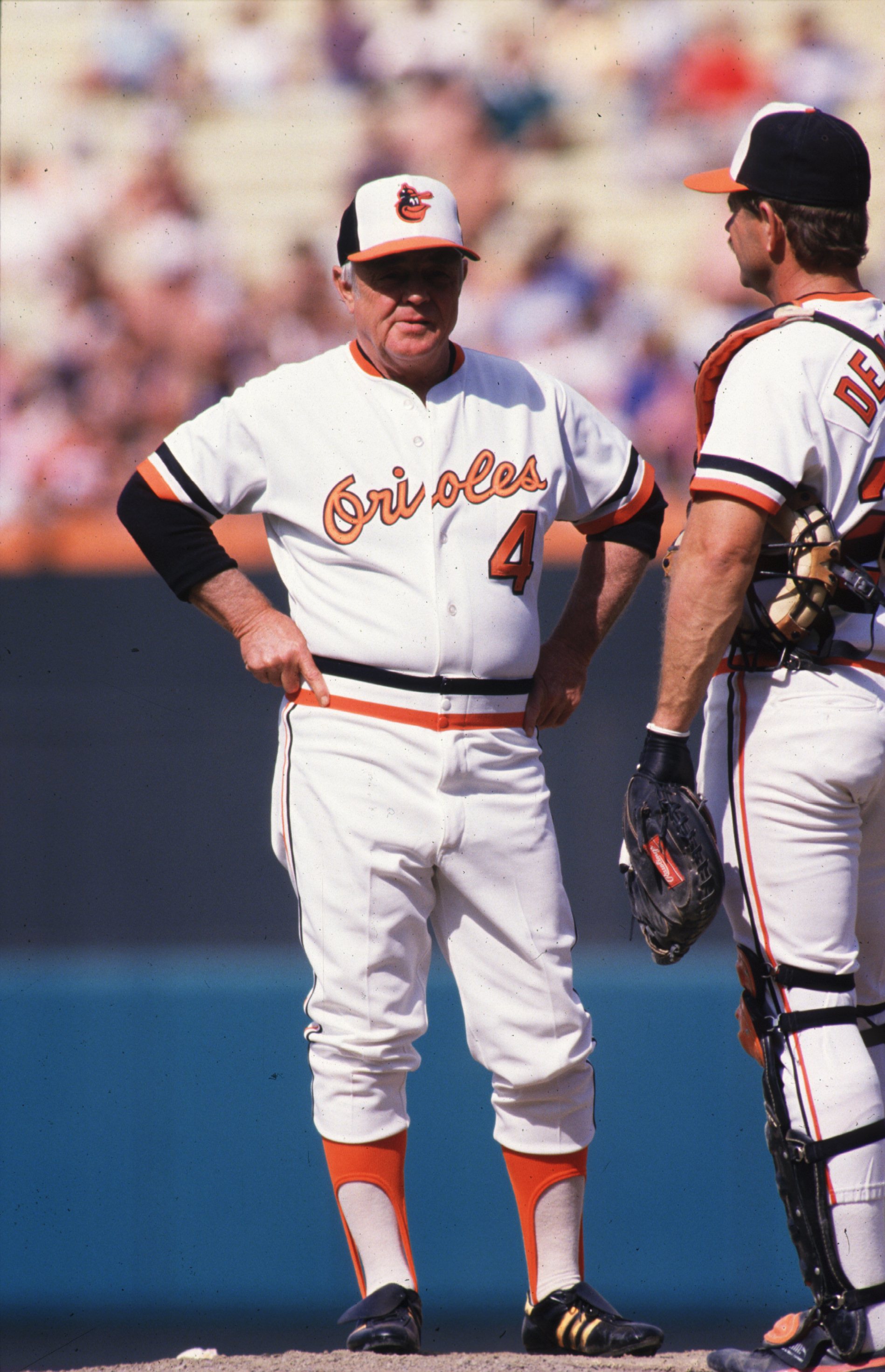 Weaver was a fiery manager who was known for his passion and the Baltimore Orioles were the only team he ever managed. Until Bobby cox passed him, he was the most ejected manager in the game.

Only one title, but he had a .583 wining percentage and won four pennants with the O's. He managed five teams that won 100-plus games.

What puts him ahead of other managers, like Torre to me at least, was that he stayed with one team and how entertaining and colorful he was as a manager.

Weaver was also one of the first managers to extensively use stats and made excellent use of his bench.

He also pioneered the use of radar guns to track the velocity of pitches during the 1972 spring training season. 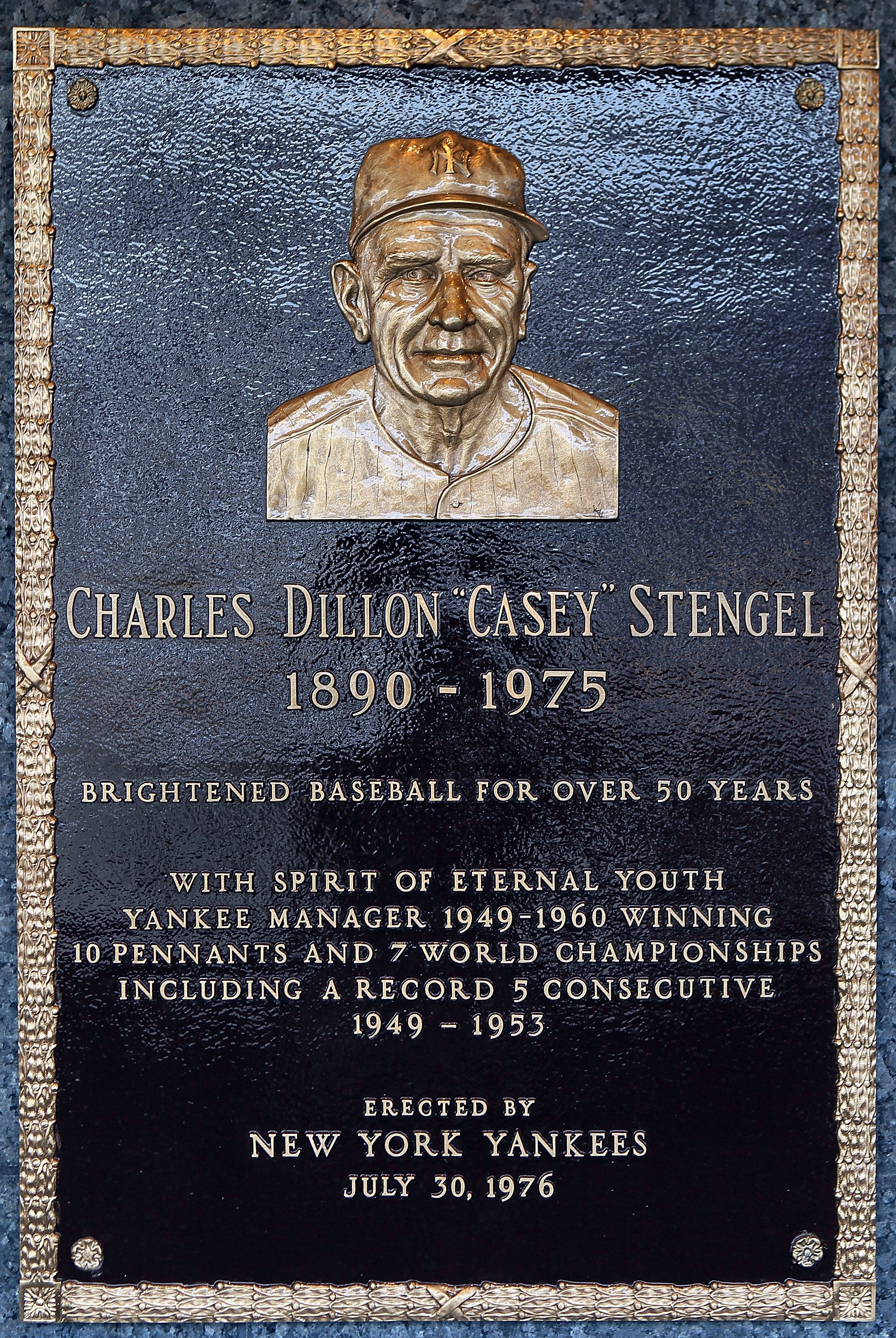 Sure, like Torre, Stengel benefited from managing the Yankees. But he did win seven titles and 10 pennants in a career that spanned from 1934 to 1965.

His overall record is hurt by managing the expansion Mets in the early 60's, but "The Old Professor" was considered a tactical genius and the first to use the platoon system.

He's the only manager to win five consecutive championships and, also like Torre, managed both the New York Mets and Yankees. 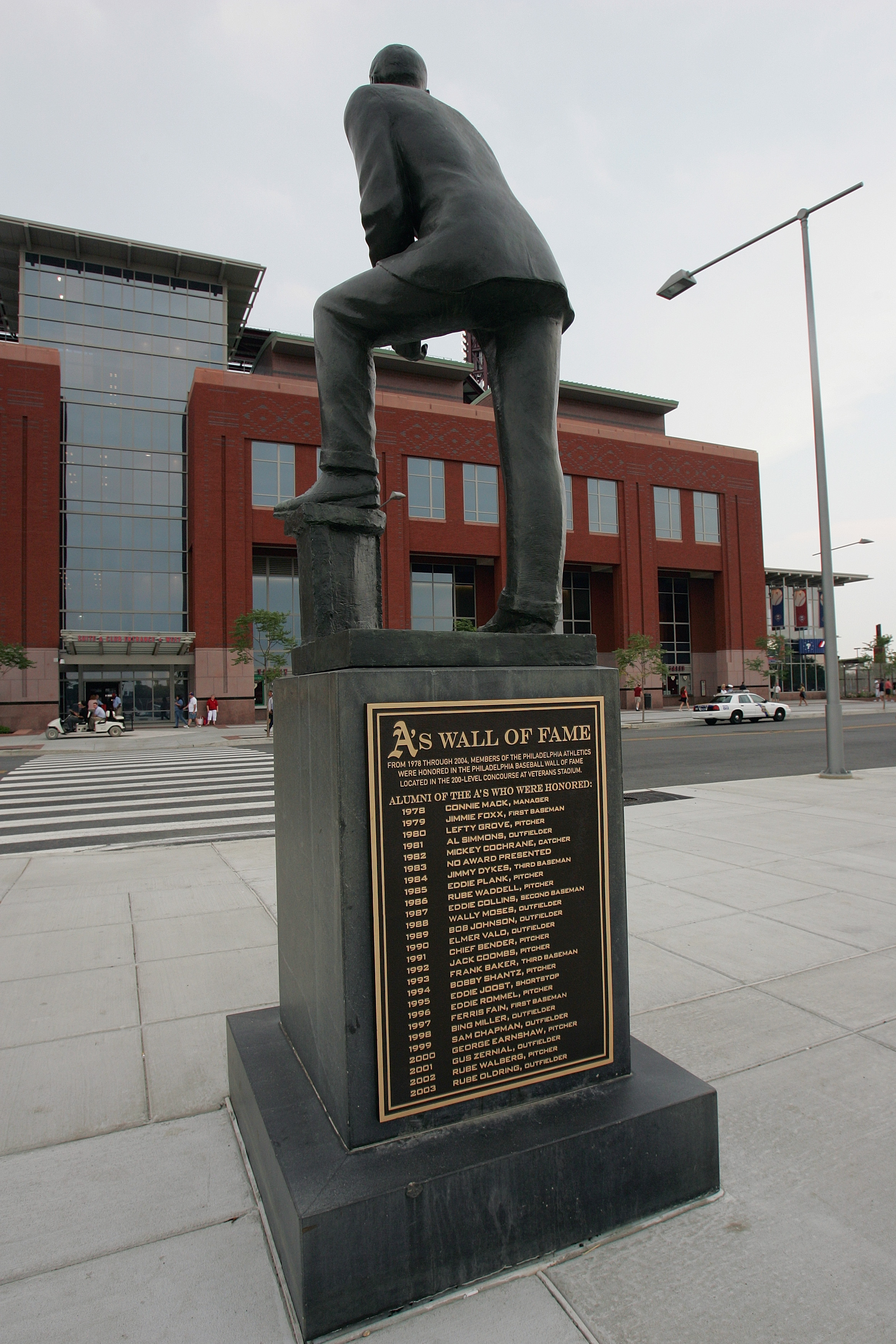 He won over 1,000 more games than any other manager and was part owner of the A's; he didn't retire from baseball until he was 87.

His A's teams were often lousy but he was regarded as a master tactician who believed in intelligence as much as ability. Mack was also one of the first to reposition his fielders during a game. 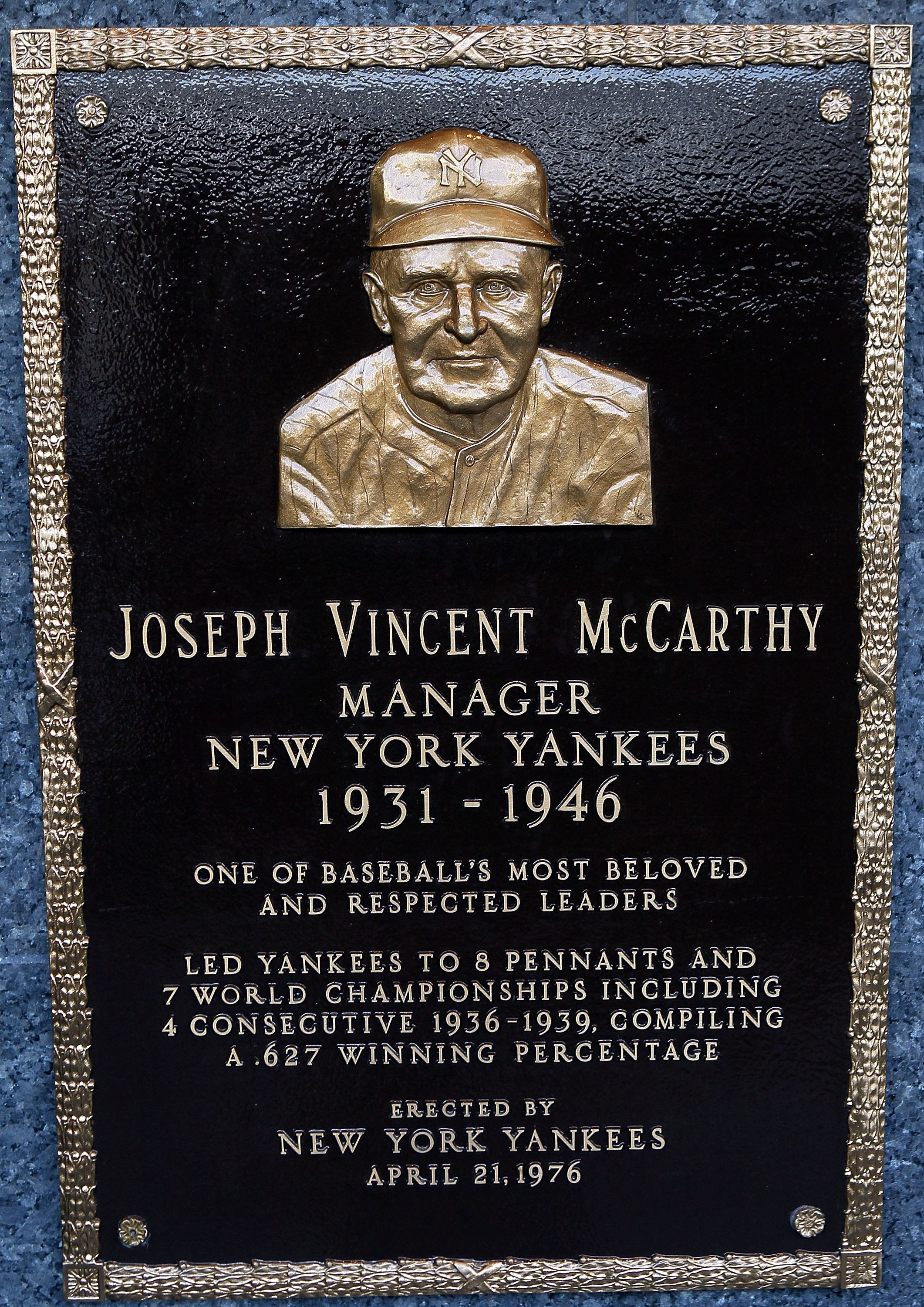 Why is McCarthy number two? His winning percentage is the best all-time for managers with more than 300 games. He won 792 games more than he lost. He's the Yankees' all-time leader in wins (1460).

His seven titles, nine pennants, and .615 winning percentage are the best of all time.

In the majors, he never managed a losing season.

Like Torre, he owes a lot of his success to the Yankees for whom he managed from 1931 to 1946. But hey, he also managed the Cubs and that has to be worth something, right?

McGraw won three titles and ten pennants and his teams finished 815 games over .500, the most ever. In fact, he still holds the record for most wins in National League history. His teams finished second 11 times and had only two losing seasons.

He knew how to make the most of the dead ball era, favoring the hit and run and other "small ball" tactics.

Why is he the best? Well, for one, he never managed the Yankees (unlike Torre and some others) and yet had a .586 winning percentage.

His plaque stated that he was considered the greatest assessor of baseball talent.

No picture? Yes, once again Bleacher Report cannot get uploaded pics working and there are no Getty images. Wow.