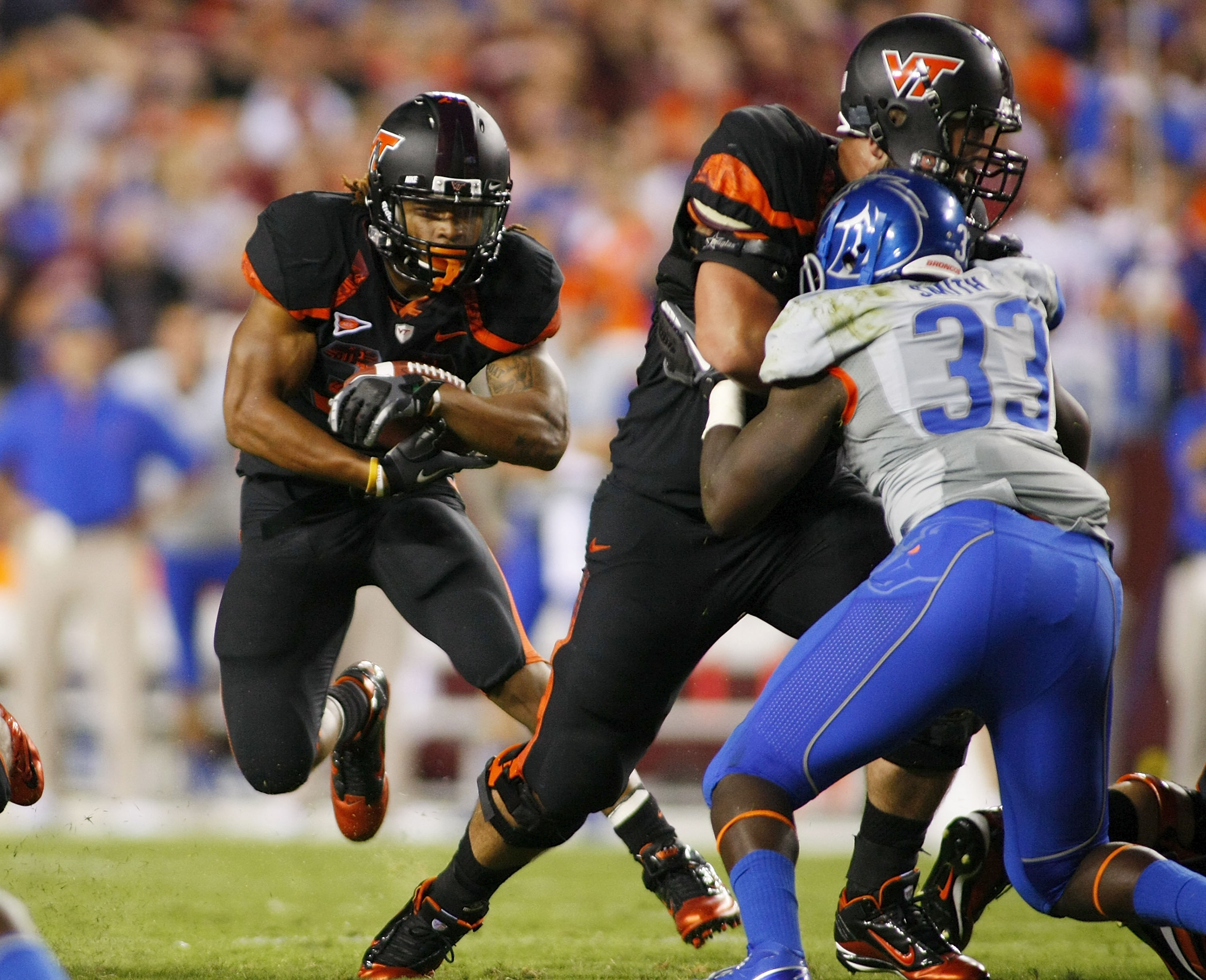 Congratulations to Virginia Tech for winning the "disappointment of the year" award after just two games.

After dropping the season opener to Boise State, they lost their home opener against...James Madison? Here I thought the Hokies were going to take their frustrations out on JMU but apparently Virginia Tech forgot they actually had to play the game.

They were embarrassed 21-16 and look like the most overrated team of this young college football season.

Here are the 10 most crazy upsets of all time in the college football world, in no particular order. 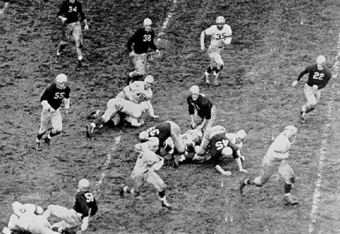 A lot of us don't remember this game and even more of us weren't alive for this game. However, it was still one of the biggest shockers of all time.

Boston College came into this game with an 8-0 record and were favorites to make it to the national championship game while Holy Cross was an unimpressive 4-4-1.

On this day, the Eagles were shell shocked by a 55-12 score. 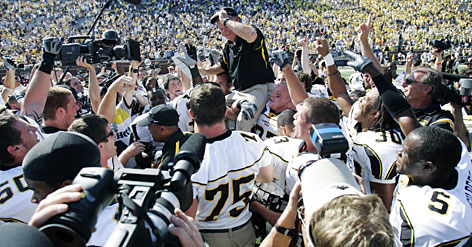 In what still remains one of the most shocking upsets in college football history, Appalachian State came into the Big House in Ann Arbor and shocked Michigan 34-32 in the 2007 season opener. 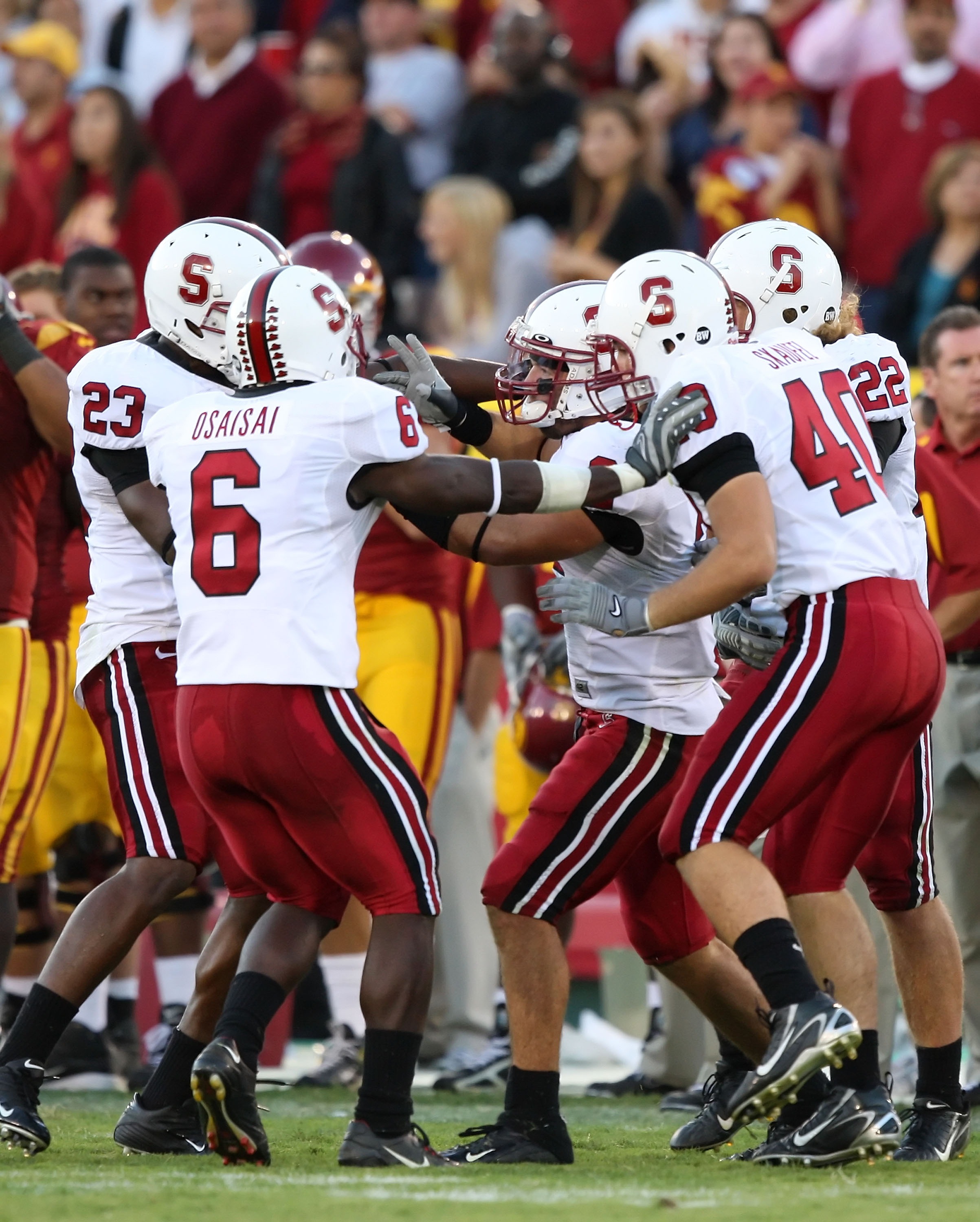 USC was favored by 41 points. Yes, you read that right. Apparently Stanford didn't bother to read the betting lines, the newspaper, or listen to all the radio talk about USC rolling over the Cardinal.

They came to the Los Angeles Coliseum and walked away with a 24-23 win. 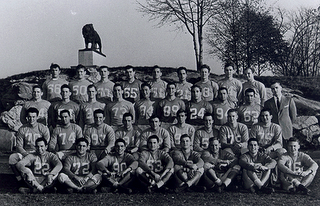 Army came into this game with a 32-game winning streak and were the two-time defending national champions.

Columbia was apparently unimpressed and ended that winning streak 21-20 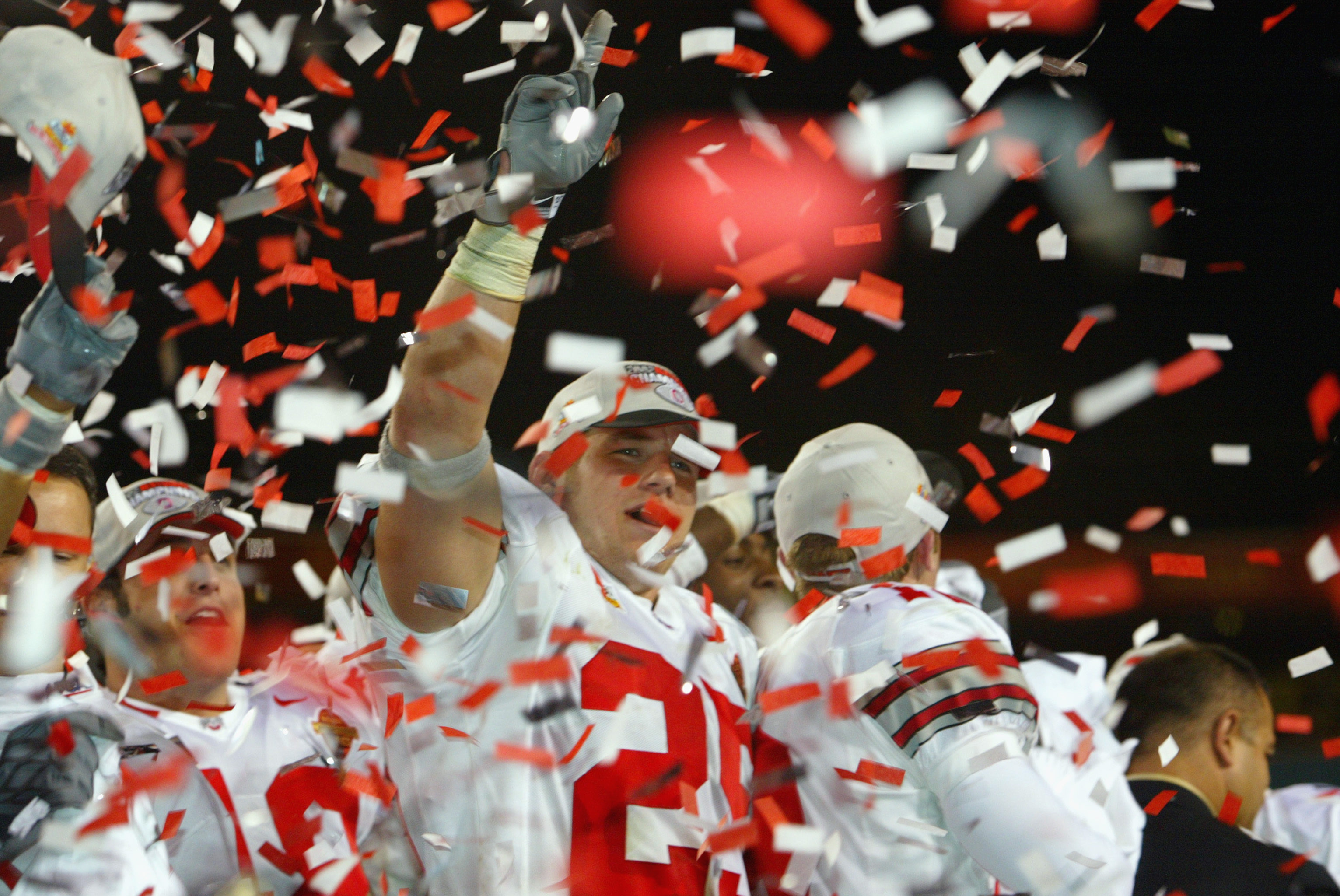 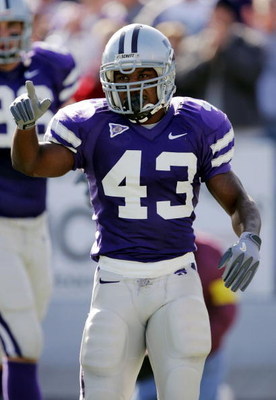 The Oklahoma Sooners were unbeaten, 12-0, coming into their late season game with the Kansas State Wildcats.

Oklahoma went up 7-0 early but that's as much as it would get on this day. Kansas State, led by 235 rushing yards from current Chargers' running back Darren Sproles, scored 35 unanswered points and ran over the Sooners. 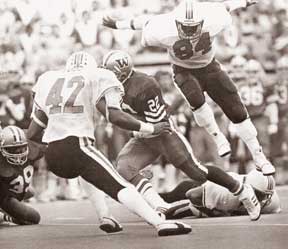 Oregon State had no chance in this game, no chance. The Washington Huskies were 37-point favorites in this game and it should have been a walk in the park.

It didn't go the way they thought it would.

The Beavers blocked a punt and returned it for a touchdown and took the Huskies by surprise. A 21-20 victory. 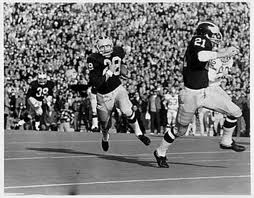 Ohio State was riding a 22-game winning streak and had beaten Michigan 50-14 the year before, so this was supposed to be easy.

The Wolverines grabbed six interceptions that day and rode those to a shocking 24-12 win over the Buckeyes. 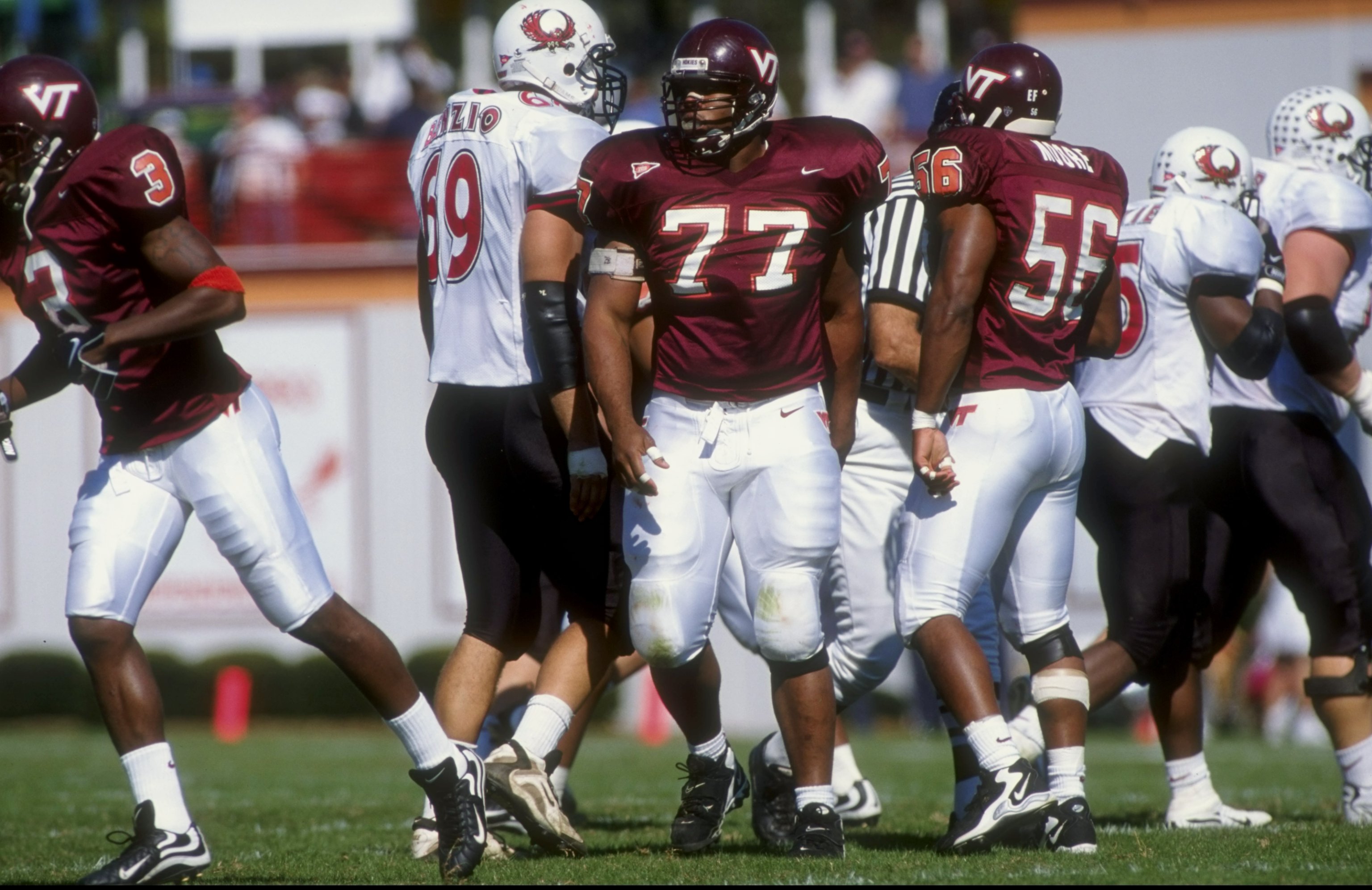 Virginia Tech just can't get away from being on the other end of the upsets. They were shocked by James Madison today and they were even more shocked back in 1998 at the hands of the Temple Owls. 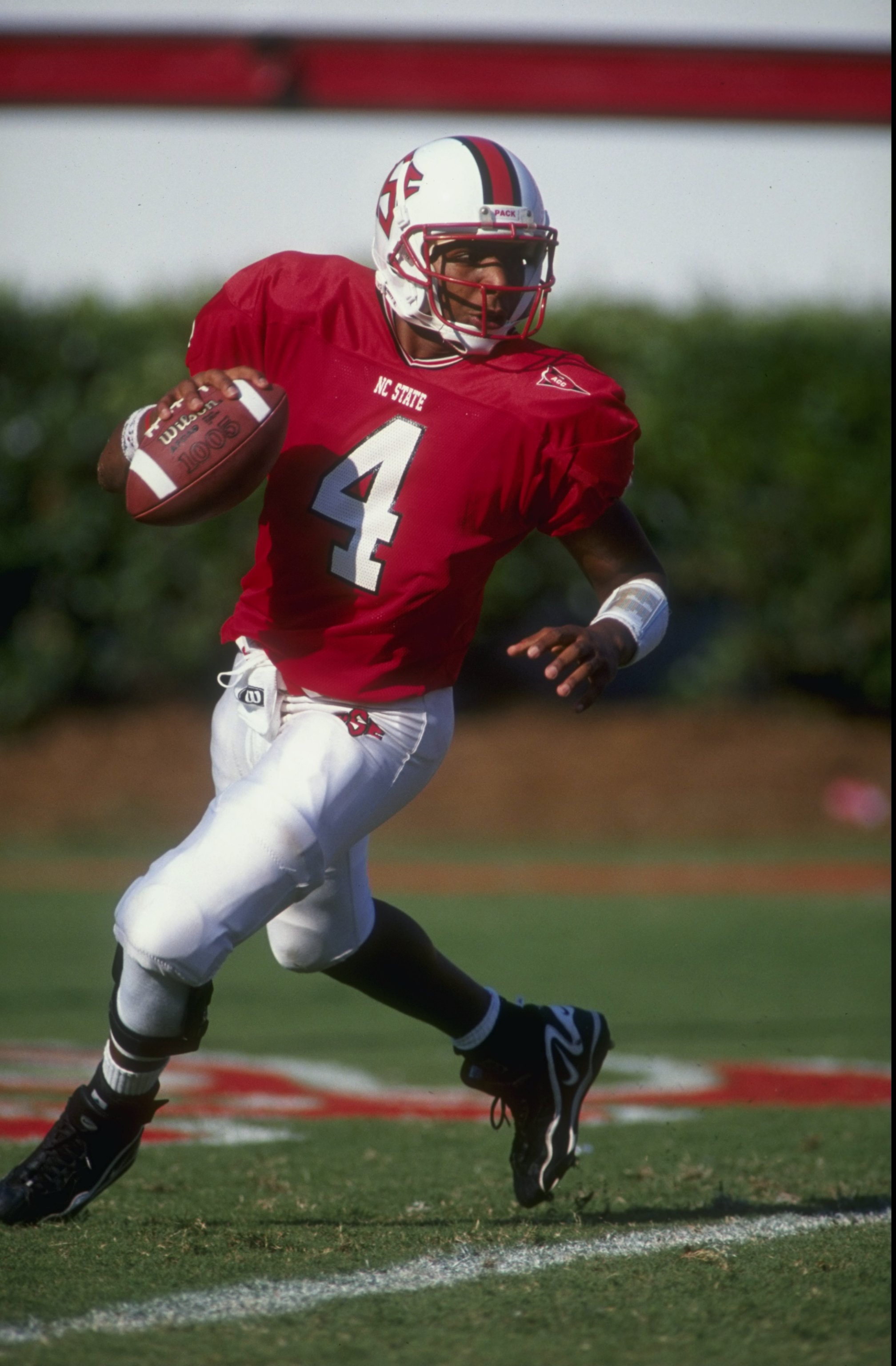 Appropriate to close a slideshow with a game that took place three years prior to the date that changed our country forever.

On September 12, 1998, the North Carolina State Wolfpack were tired of getting kicked around by the Seminoles. They had been blown out on several different occasions including a 62-3 and 77-17 drubbing at the hands of Florida State.

The Seminoles were 25-point favorites coming into the game but the Wolfpack picked up Chris Weinke six times and shocked the boys from Tallahassee 24-7.