We always hear commentators or color analysts talk about certain aspects of individual players. We ourselves can almost immediately name a player associated with a certain skill or attribute. (i.e. slap shot = Al MacInnis).

I believe there are 10 attributes required to be the "Perfect Player". I also believe it's impossible to possess all 10. In the history of the NHL, no player has had more than an eight. So to create the perfect player, we will have to combine the 10 players that possess one of the 10 attributes best. *only current NHLers will be used*

Below are the 10 attributes and their definitions:

Skating—Quite simply the most important attribute required to play in the NHL and even more important to be a superstar in the league. (i.e. Paul Coffey)

Shooting—Second most important attribute to make the bigs. Now for the sake of this exercise, the player that possesses the best overall shooting skills will represent this attribute. ( Slap shot, Wrist shot & Snapshot). (i.e. Brett Hull)

"Hands"—The ability to control the puck, receive difficult passes, roof loose pucks, in and around the crease. (i.e. Steve Yzerman)

On-Ice Vision—Ability to see the playing surface in a way that allows for plays that other players would otherwise not see. Anticipating the developing play. (i.e. Wayne Gretzky)

Hockey Sense—Makes the correct play 9 times out of 10. A step ahead of the play, rarely caught out of position or off guard. Born to play hockey. (i.e. Wayne Gretzky)

Skill—Skill is defined as that player that makes all aspects of the game look effortless. Makes plays at top speeds, shows creativity with the puck, and has an endless supply of moves. (i.e. Mario Lemieux)

Strength—Strength is not to be confused with size. This is the player that wins loose puck battles. Controls the puck with players draped all over him. (i.e. Peter Forsberg)

"Heart"/Leadership—This last attribute is more intangible than the other 9. But we as hockey fans use these two terms often to describe that player that just seems to get the job done out on the ice. This is the type of player loyal to his organization and teammates. Always seems to be the best player on the ice when the game really matters. (i.e. Steve Yzerman)

Now that the definitions are taken care of. Let's get down to naming the 10 players who will make up "Mr. Perfect". (please note a player can only be named for one attribute)

The art of skating is no better displayed by anyone than Scott Niedermayer. His effortless strides give him an advantage on offense and defense. Not only is he fast and graceful, he's deceptively strong on his skates as well.The next time you watch Niedermayer, count how many times he's knocked off the puck or loses a puck battle.

He's not the biggest rear-guard in the league, yet with the advantage of his skating strength, he's able to win the majority of battles he's involved.

We need look no further than the 2008 Rocket Richard Trophy winner for our shooter. Ovie can score from anywhere with any type of shot. Alexander Ovechkin may be the only player in the league that can leave the opposition net-minder with that beleaguered look after beating him with a slapper, snapper, or wrister.

The ability to handle the puck and seemingly never lose control whether in open ice or in crowds is an art that Alexei Kovalev appears to have perfected.He makes the game look so easy and effortless when he has the puck on his stick that he completely frustrates fans as they simply can't understand how he doesn't dominate every single time he has the puck.

The player representing the "Hands" of "Mr. Perfect" would be Vinny LeCavalier. "Vinny" can take a pass at top speed in his skates, or pick it out of mid air and not slow down a notch. He seems to score many of his goals in crowds where he looks to be the only player capable of controlling the disc. His ability to one-time bouncing passes is mind-boggling.

This next player makes his living distributing the puck to his team mates. He's made 50 and 40 goal scorers out of players that really should never have been in that neighbourhood. "Jumbo" Joe Thornton can thread a needle, or he can whip a 100 foot pass up ice right on the tape and in stride. It's no surprise he's led the NHL in assists the last 3 seasons.

On-ice vision is an asset most play-makers possess, but those with exemplary vision win scoring titles. This attribute is no better displayed than by Sid "the Kid" Crosby. We've all seen the highlight reel plays 'nough said.

Hockey Sense is a combination of almost all the attributed listed. It's probably one of the harder attributes to gauge and as a matter of fact many scouts refrain from weighing a player's hockey sense when evaluating prospects. Six time Norris Trophy winner Nicklas Lidstrom gets the nod here.

"Lids" seems to be two steps ahead of the game at all times when he is defending. When in possession of the puck it seems as if the play is developing in slow motion to him. He does everything well and he makes it look easy.

Mickey Redmond, colour analyst for Foxsports Detroit refers to this player as "Houdini" and Pavel Datsyuk couldn't have a more appropriate nickname. No player in the NHL can match Pavel for pure skill. Datsyuk appears to truly have the puck on a string. His ability to control the puck in a crowd is unmatched. The saying "he could stick-handle in a crowded elevator" was coined for Pavel.

As a side note, if I were duplicating player choices in this exercise "Houdini" would also get my vote for the "Hands" attribute as well. His creativity with the puck is unmatched. He leaves defenders dizzy whether one-on-one or simply stalling for time in the corner.

Strength is an attribute that is both God-given and achieved through fitness. Again this is not to be mistaken with size. Peter Forsberg may be the strongest player the NHL has seen and he is relatively average size for the pros. If not for his chronic ankle and foot issues he would be this selection.

The pure strength of Jarome Iginla is fascinating. His ability to ward off bigger defenders to break open, as well as get shots on goal with get velocity and accuracy while defenders drape themselves on him is remarkable.

Finally, the truly intangible attribute of "heart"/leadership. Players like Mark Messier and Stevie Yzerman will forever be among the hockey gods not for their point totals but because of their legacies as true leaders. Sidney Crosby looks to possess this trait, but alas we cannot duplicate. So the player that would provide "Mr. Perfect" with the heart/leadership attribute would be Mike Richards.

Like Yzerman and Messier, Richards' point totals are seldom the first thing hockey experts mention. His desire to win every face-off, every puck battle, make game changing plays or be the best player on the ice without being the most skilled is why Mike Richards will be a star in the NHL.

A captain in the waiting for the Flyers, Richards leads by example. He fights, he hits, scores and he blocks shots. He's assigned to the opposition's best players on a nightly basis and still led the Flyers in scoring. Anyone that watches Richards play can't help but love his workman-like approach to every shift.

So there we have it. The ten players that would be used for parts to create the perfect hockey player. 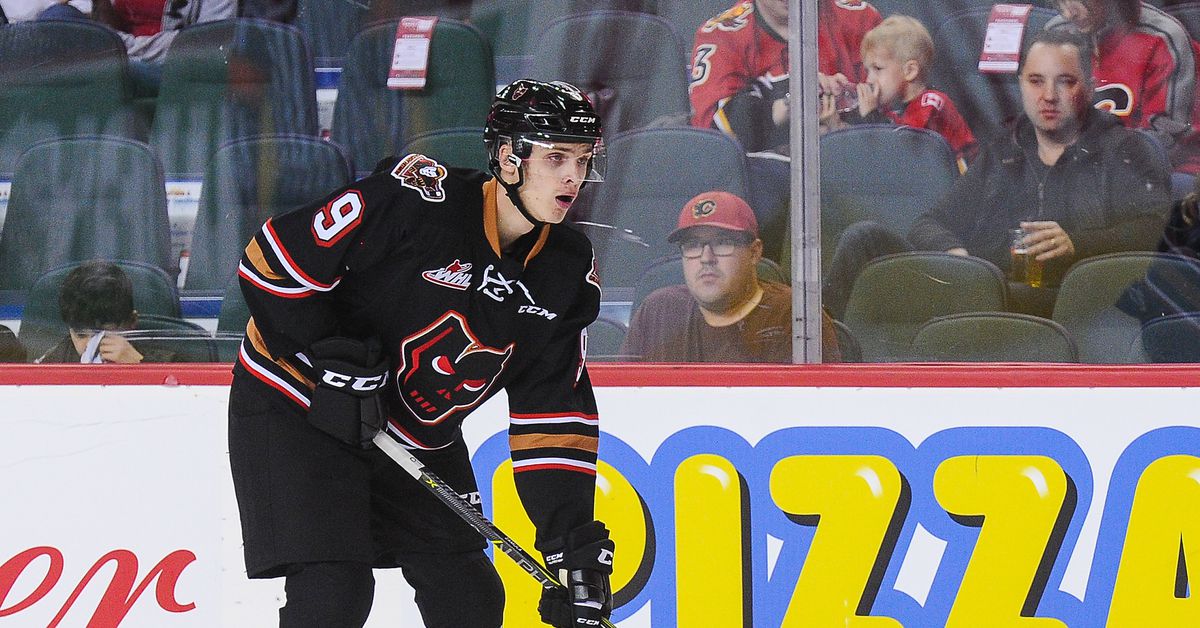 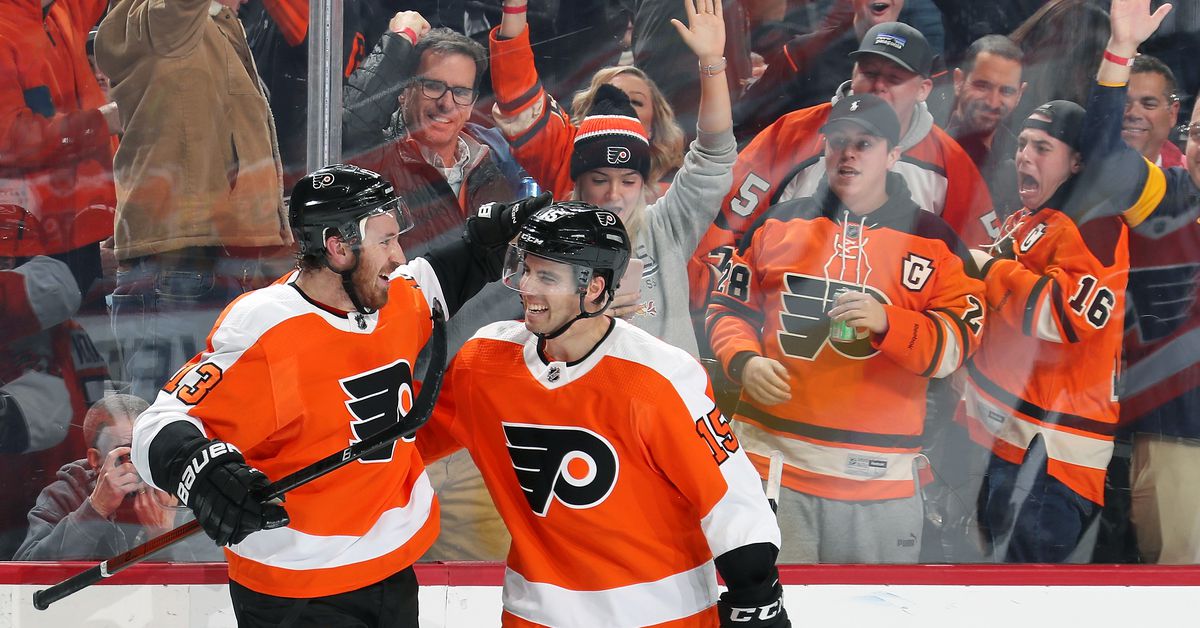 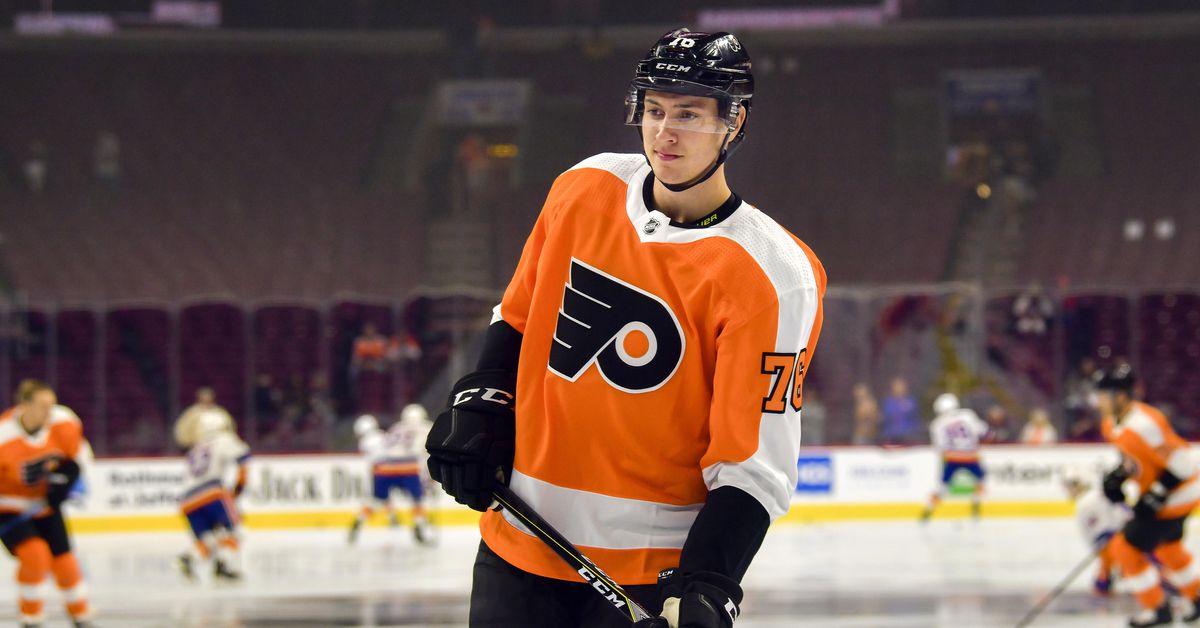