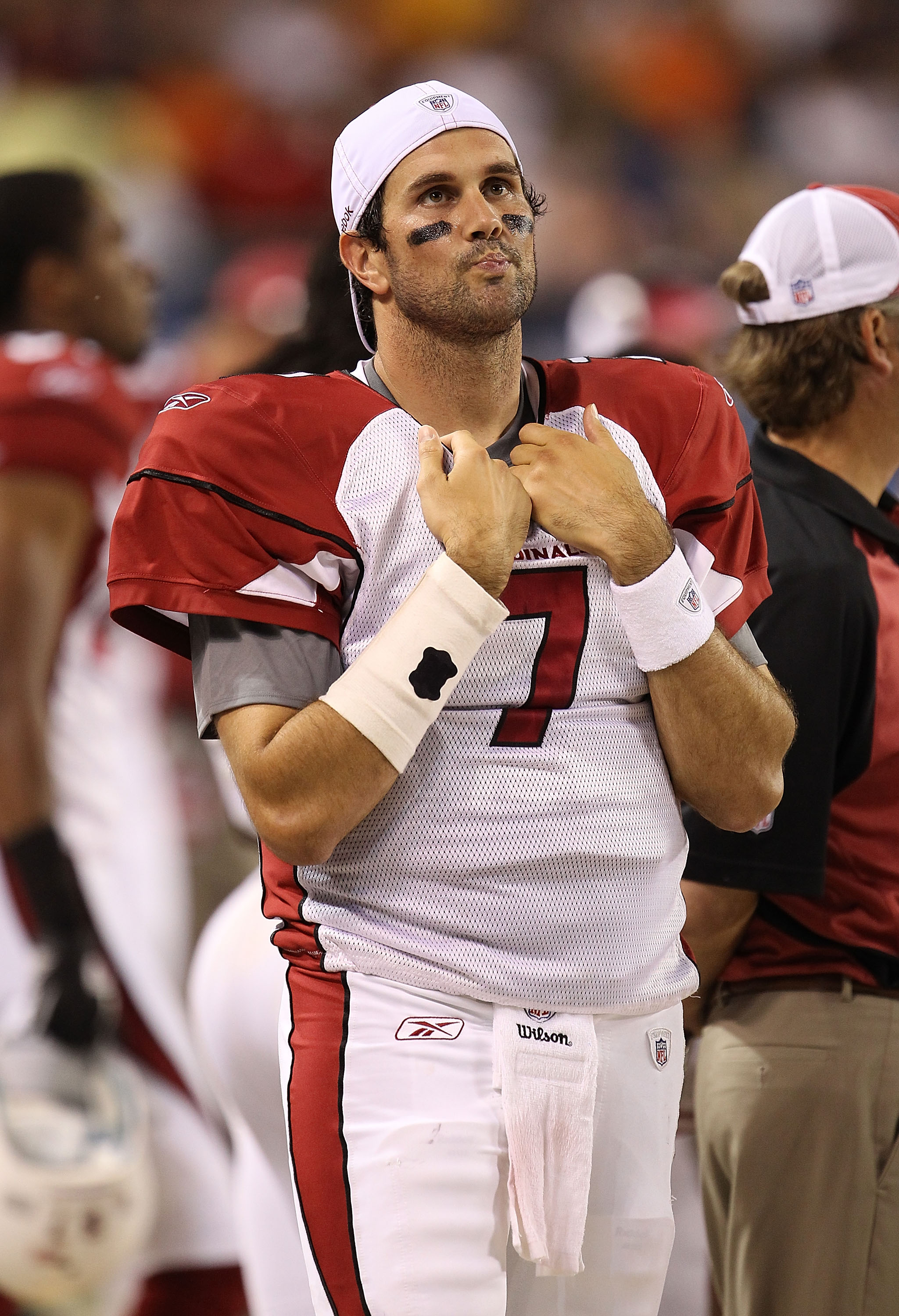 UPDATE: September 4, Leinart Has Been Released.

Leinart has had a rough road in Arizona, gaining and losing the starters job several times ever since he was drafted.

With Kurt Warner now retired, it looked like it was Leinart's time to shine, but apparently that is not to be as Derek Anderson has been named the starter for the fourth and final preseason game.

Following the announcement, trade rumors began flying, and neither the Cardinals or Leinart are denying anything.

Here are five talking points to consider about the fallen quarterback.

Leinart Failed To Make The Transition To The NFL 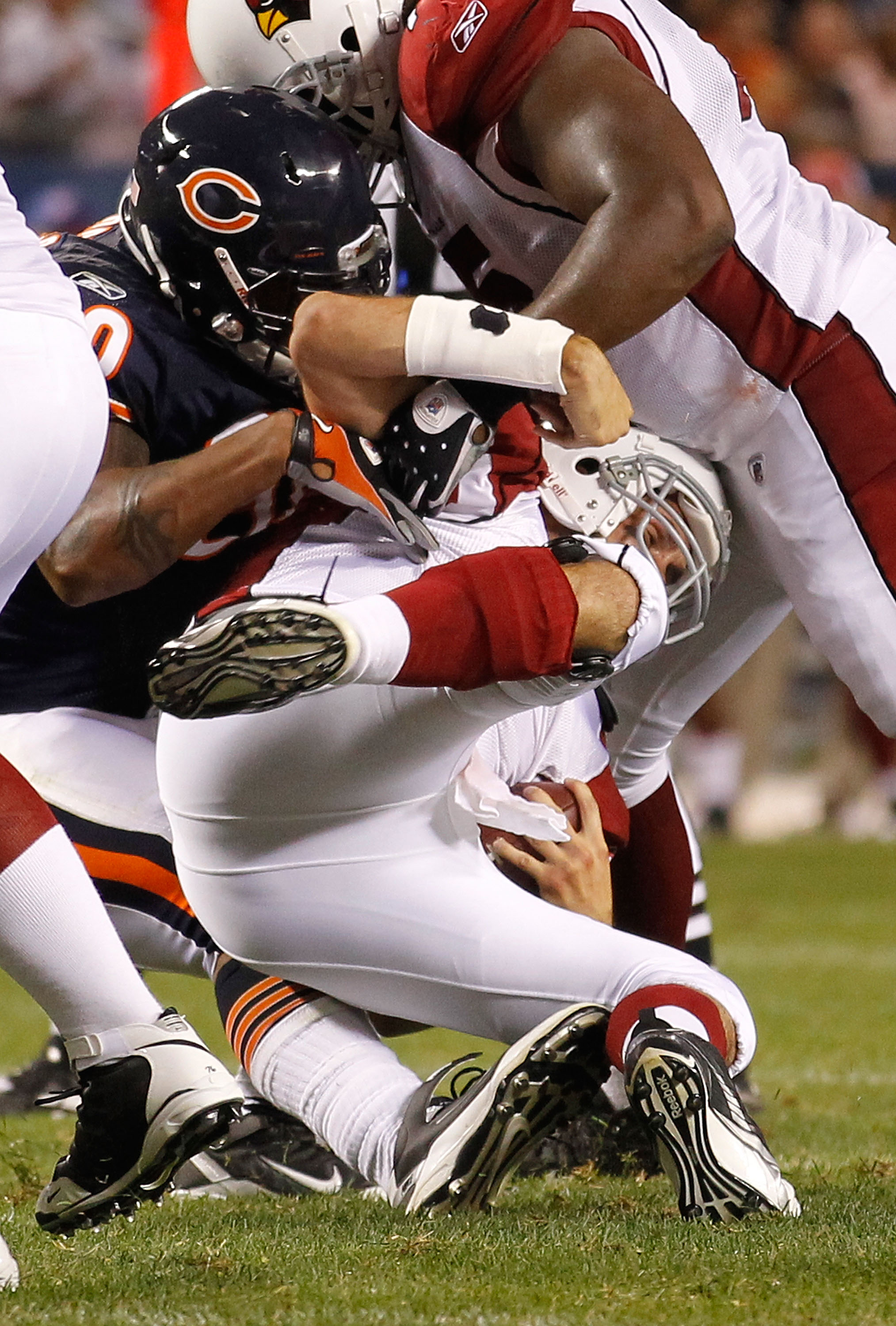 Leinart's stats at USC were good, to put it mildly. His 2004 and 2005 seasons featured 65 percent completion rates in a pro style offense.

Leinart never approached those numbers in the pros, and never seemed to be able to achieve the kind of success he had at USC.

His preparation and heart have been questioned repeatedly, and his casual attitude toward the job this preseason has turned off more than one fan.

Leinart has not lived up to his potential or his expectations, and now has entered the realm of "Draft Bust."

Derek Anderson Is Not The Answer 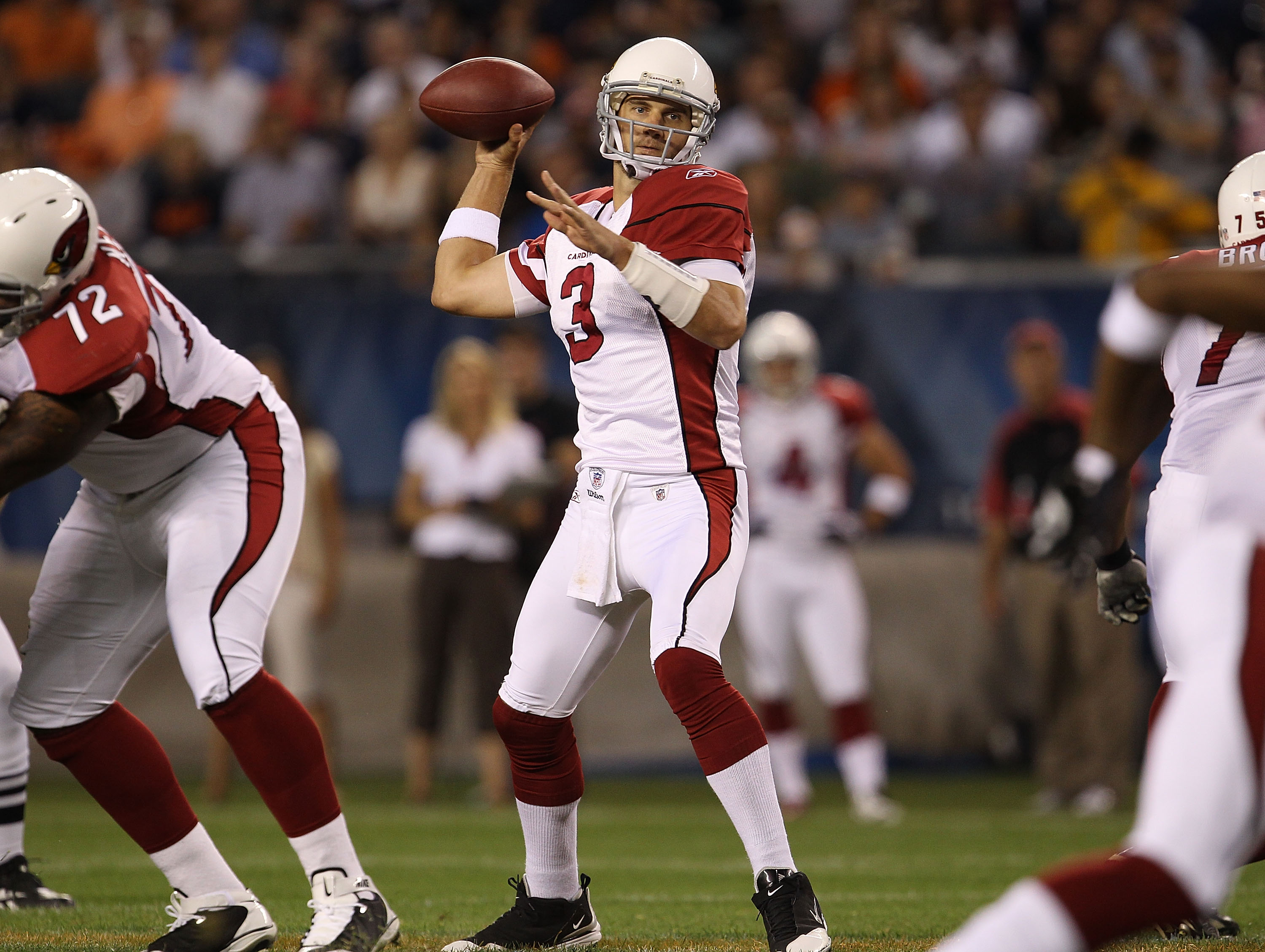 It's fair to say many Arizona Cardinal fans aren't fooling themselves when it comes to Derek Anderson.

However, the coaching staff apparently has taken several self-hypnosis classes if they believe Anderson is any kind of answer at the quarterback position.

Even looking at Anderson's numbers his Pro Bowl year in 2007, he still only had a completion percentage of 56.5, a QB rating of 82.5 and threw 19 interceptions in 527 attempts.

What the stats don't show is the amount of interceptions he tended to throw late in games, and in particular the four interceptions versus the Cincinnati Bengals in Week 16 that became the key reason the Browns missed the playoffs that year despite a record of 10-6.

Anderson is a streaky player whose bad streaks outnumber his good streaks. He hasn't improved since 2007, and the Cardinals brass must really be down on Leinart to turn the keys of the offense over to Anderson.

Ken Whisenhunt Is Dealing With An Inherited Problem 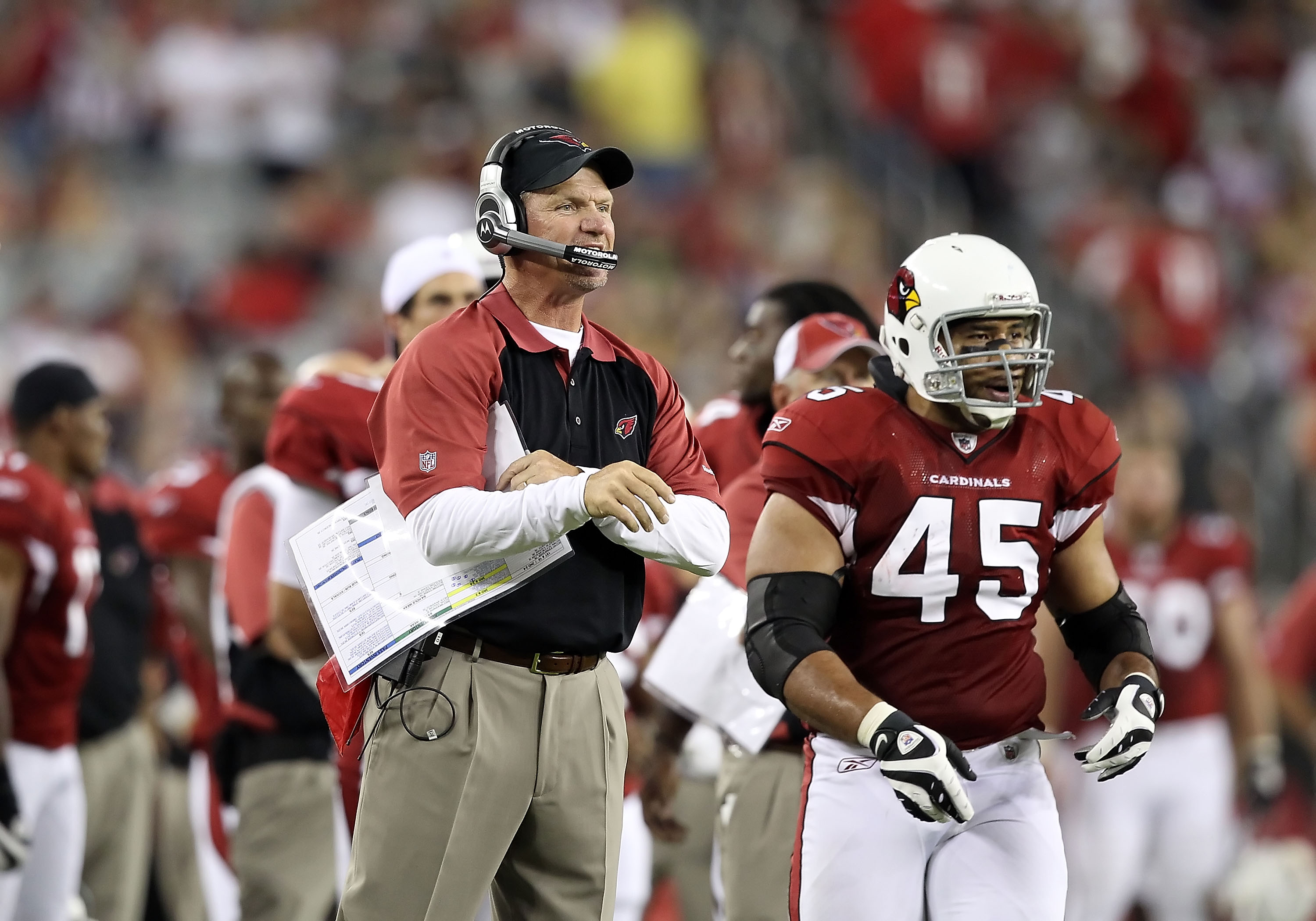 Ken Whisenhunt did not draft Matt Leinart, he inherited the guy.

Whisenhunt has been more than fair with Leinart through his struggles, but it's becoming more and more obvious that Whisenhunt has had enough of Leinart and it's time for a clean break.

Whisenhunt gave Leinart a chance to compete for the starter's position on more than one occasion, and it's on Leinart's shoulders that he doesn't occupy the job.

From a coaching standpoint, the move here is a no-brainer, even if giving Anderson the job isn't a great solution.

How Does The Cardinal's Offense Adapt To The Change? 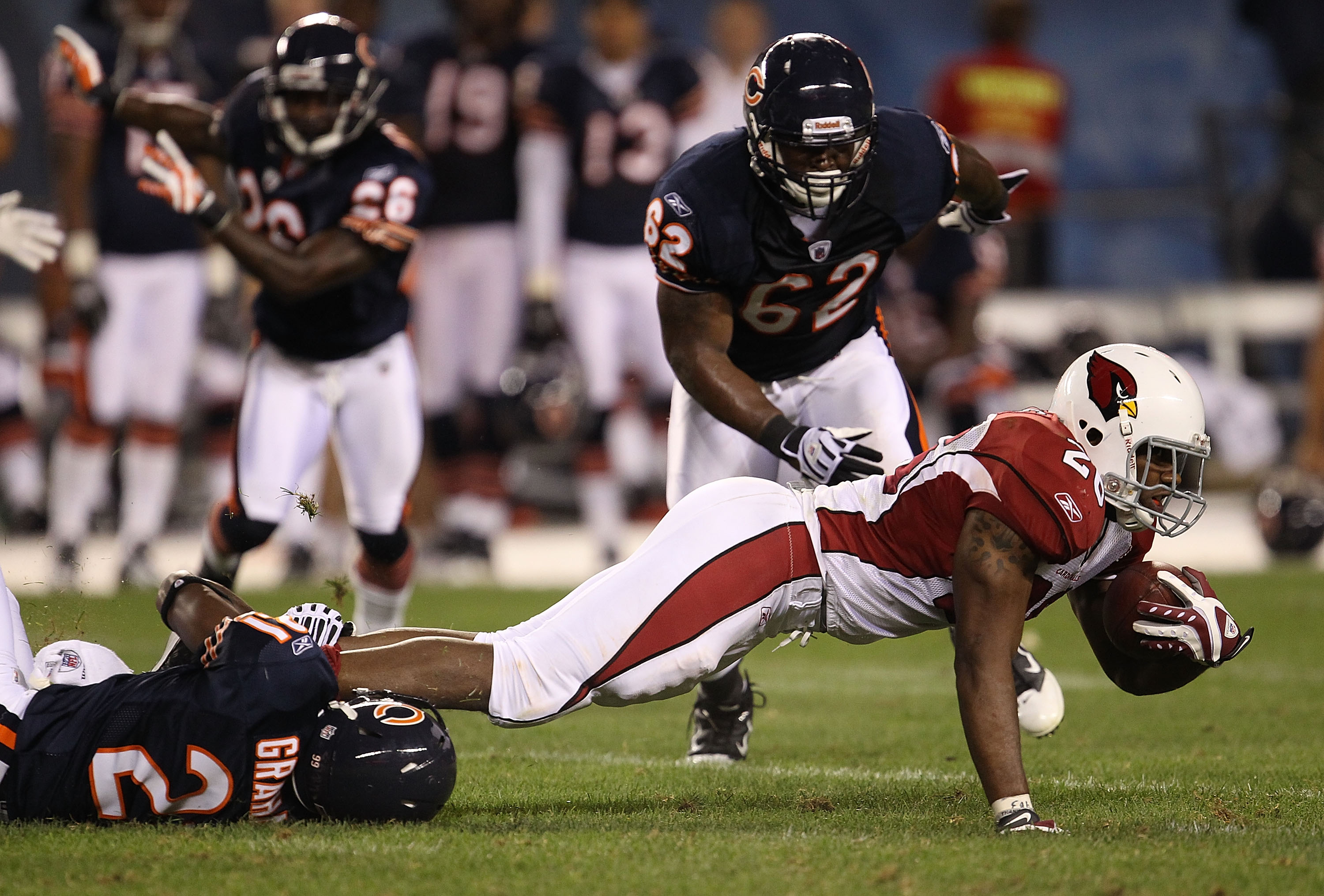 Cleveland Browns Head Coach Eric Mangini proved last year you can win with Derek Anderson by keeping the ball out of his hands and just handing the ball off to a running back.

As a result, Jerome Harrison had a 286-yard performance and the Browns rattled off four wins in a row to end the season.

Arizona has Beanie Wells, who has the potential to be a breakout star for the Cardinals in 2010.

The Cardinals also have a receiver named Larry Fitzgerald, but he is recovering from a sprained knee.

The chemistry between Leinart and Fitzgerald never was spectacular, and that may change with Anderson, but Anderson's accuracy always is suspect.

It's a pretty good bet the Cardinals' offense will be a "work in progress" in 2010.

John Skelton Now Is The Heir Apparent For The Arizona Cardinals 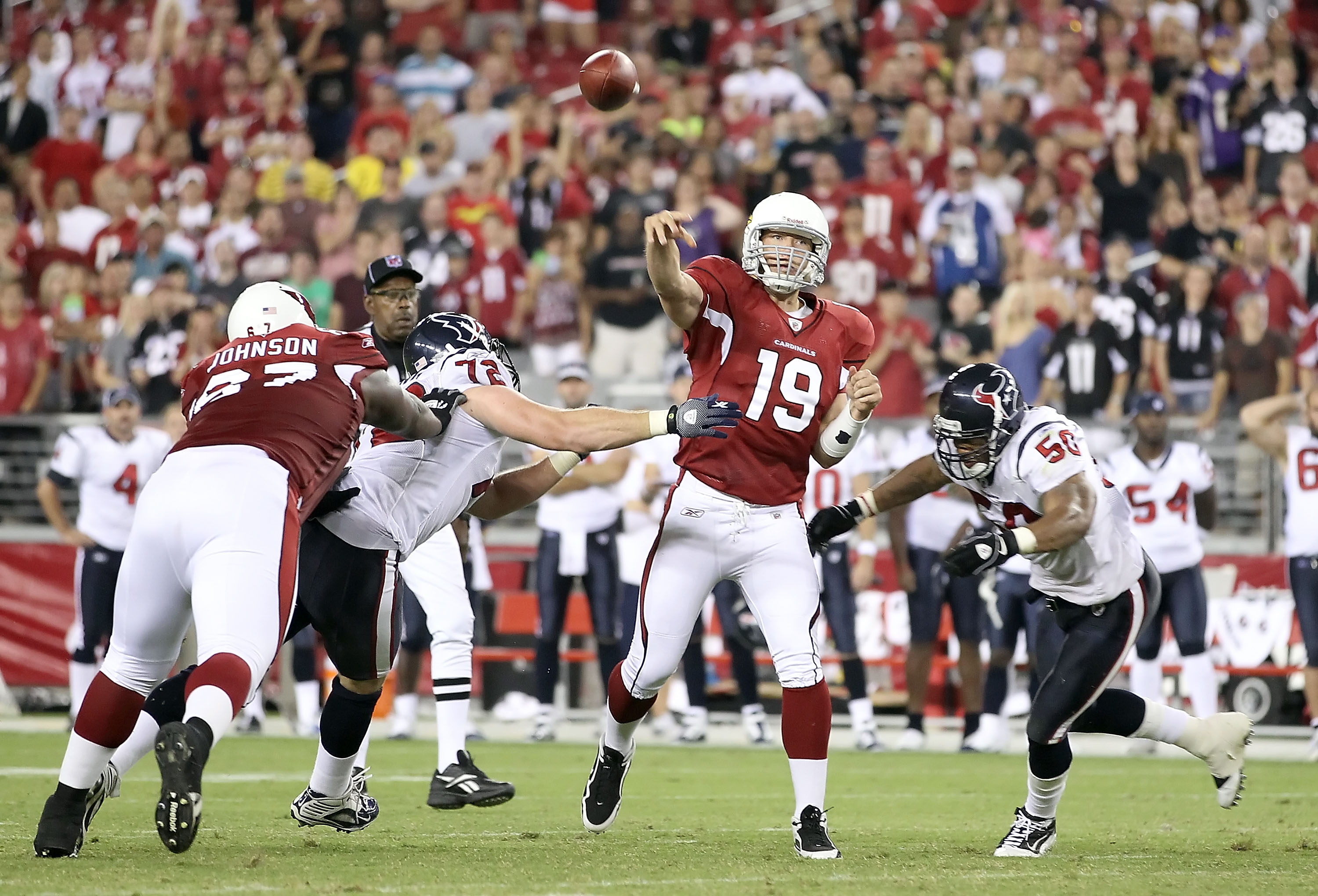 John Skelton may be the "ace in the hole" Whisenhunt is counting on to save the franchise in a year or two.

Granted Whisenhunt probably was hoping to get at least one or two years out of Leinart so he could develop Skelton, but it seems he no longer has that luxury.

Skelton was drafted in the fifth round and was one of those quarterbacks in the draft a lot of people liked, but no one was going to take him high because he went to a small school.

However, Skelton dominated his division, with 337.09 average yards per game his senior year and threw for a total of 3,708 yards, The Fordham Rams ranked second in total offense and third in completions per game.

Skelton was better than the competition he faced in college, but that's no guarantee of success in the pros, just ask Leinart.

However, Skelton enters the league with nowhere near the hype or expectations Leinart had, and his potential at the moment remains high.