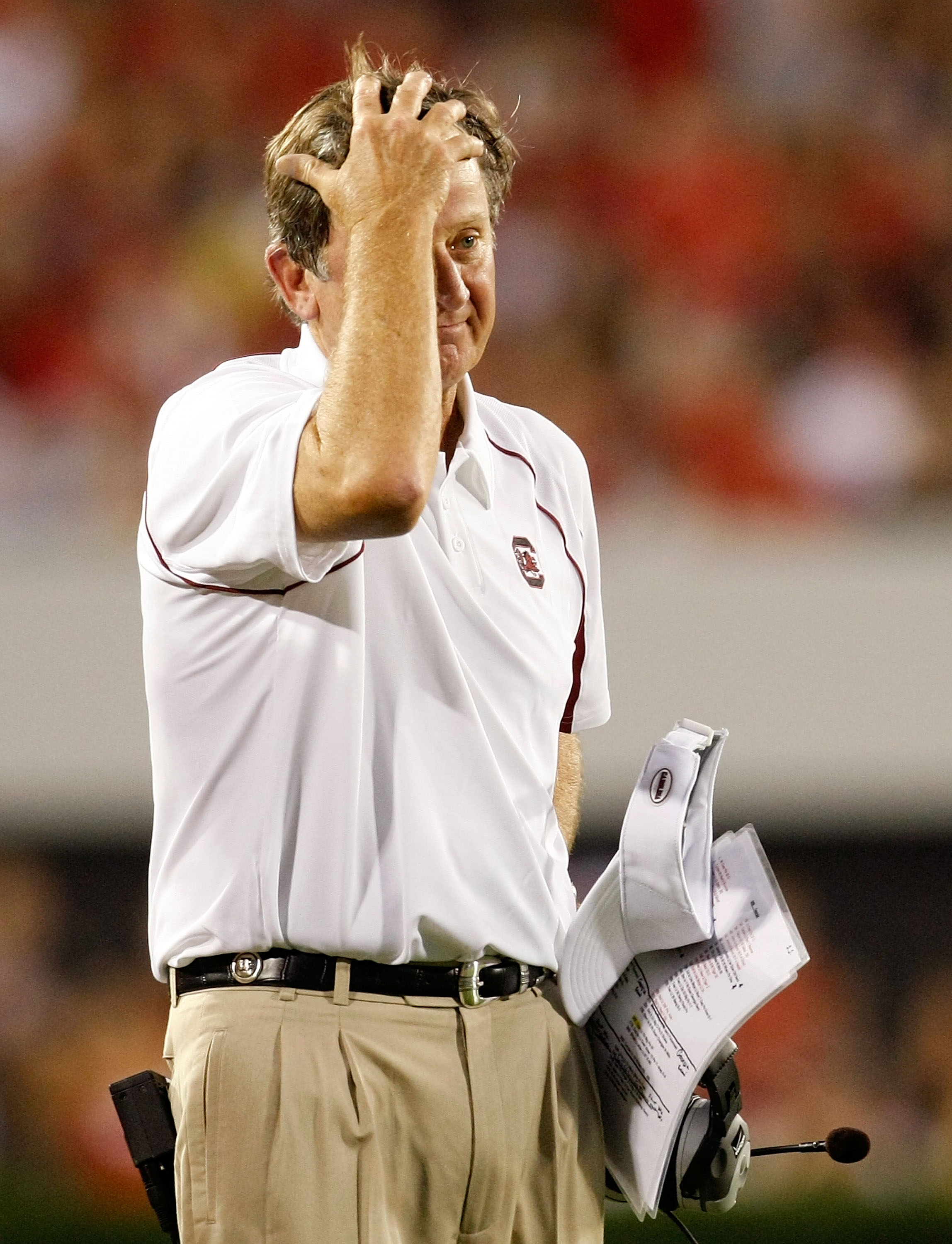 The Gamecocks have gone from being a legitimate contender back to a middle of the pack team in the minds of many.

The most recent hit South Carolina has taken is the indefinite suspension of Weslye Saunders and the hotel scandal.

Not to mention Steve Spurrier being Steve Spurrier and not choosing a starting quarterback/on-field leader. Spurrier said Tuesday, just two days before kickoff, that he tends to lean towards older guys, which means Stephen Garcia will likely start.

Yet again Spurrier shows no confidence in his quarterback. What does that make the team think? Do they now doubt Garcia and even Connor Shaw's ability to lead them?

We will find out this Thursday—here these five players will and must shine. 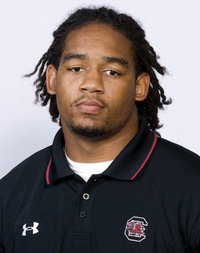 Cunningham is a tight end who will need to step up in the absence of Weslye Saunders. Cunningham has shown himself to be capable in scrimmages and summer workouts this year.

With the talent South Carolina has at the receiver position, defenses will be hard pressed to cover everybody, and the tight end may happen onto some wide-open catches and even bigger plays. 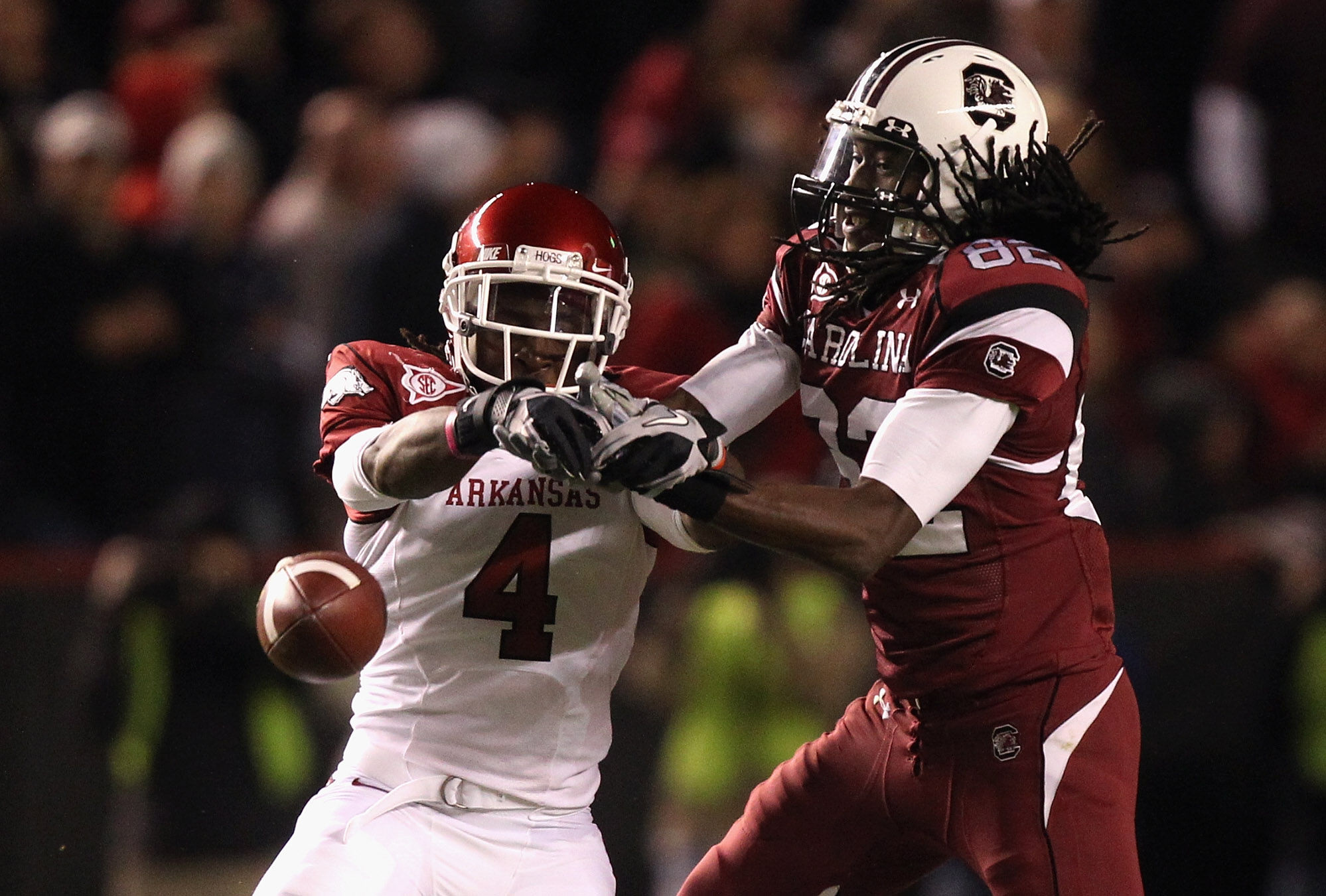 As with Justice Cunningham, Moore will benefit from the depth at receiver. Moore showed glimpses of his big play/big catch ability with a juggling touchdown catch while keeping a foot inbounds against Vanderbilt last season, and more will be expected from Moore in 2010

With Alshon Jeffery and Tori Gurley getting some attention from defenses due to their size and notoriety, Moore may happen into a few plays to make a name for himself and points for the garnet and black. 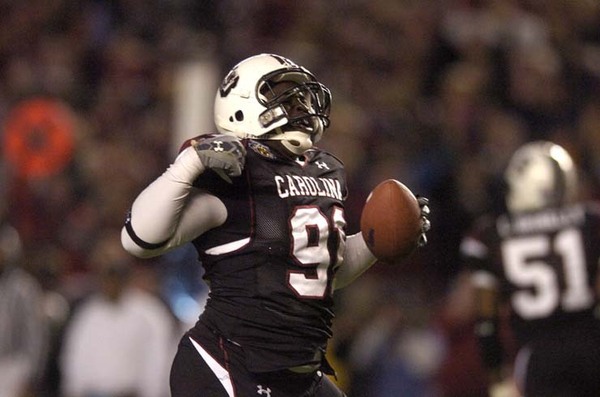 The Gamecock defense lost Eric Norwood following 2009, but Ladi Ajiboye has impressed since he stepped foot on campus in Columbia.

Adiboye has a tenacity tailor-made for an SEC defensive lineman. With Norwood going to the NFL, Ajiboye may feel like he has something to prove.

Proving that he's an NFL talent will be good for Ajiboye, the South Carolina defense, and the Gamecocks as a whole. It will, however, be nightmarish for opposing offensive lines, running backs and wide receivers.

Ajiboye has seemingly increased his ability to explode off the line at the snap, and Southern Miss will be his first true test. Many expect him to pass with flying colors. 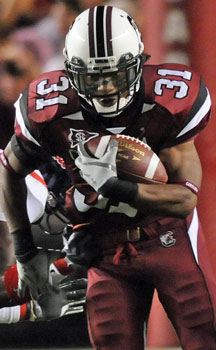 The Gamecocks have verbally committed to a balanced offense and a dedication to the run, so Miles and Lattimore should get some carries. Both are incredibly talented, and both have big play ability.

According to some, Lattimore and Miles are considered to both be starters. Lattimore, a true freshman, and Miles, a sophomore, could be an explosive backfield tandem for a few more years and will likely get better with time.

Against Southern Miss on Thursday, September 2, they'll both be trying to outdo one another and the competition. If the offensive line can block for them, it could be a big day for both men. 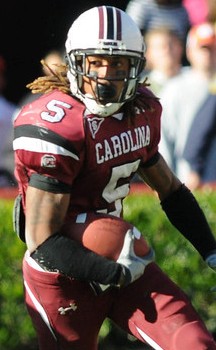 Stephon Gilmore is a player who can do it all.

In 2009 as a true freshman he was named an All-American. He compiled 52 tackles, five tackles for loss, two sacks, and nine passes defended.  Not to mention punt and kick returns and the drive he led against Clemson in the final game of the regular season for a touchdown.

Gilmore has learned the system more thoroughly and has matured and improved. The sky seems to be the limit for Gilmore, and with unrest at the quarterback position, the Rock Hill, South Carolina native may just have to step in and perform there as well as his normal position of cornerback.

If Gilmore can stay healthy and stays all four years at South Carolina, the awards he has the potential to win are alarming. 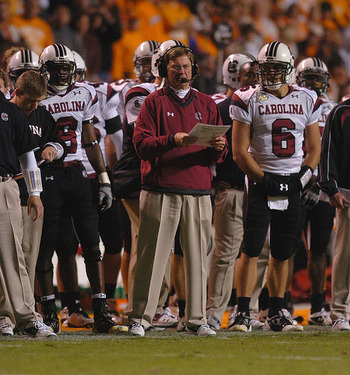 The Gamecocks and Southern Miss play 29 hours from the time this article was posted. There may be more breaking news, or there may just be players buckling down for crunch time.

Either way, Southern Miss will be the first real test for the Gamecocks of the 2010 season.

Look for the six names I've mentioned to have big games, but the names of Alshon Jeffery, Tori Gurley, and Jarvis Giles on offense and DeVonte Holloman on defense are also worthy of honorable mentions, to say the least.

The pressure and attention will, as always, be on Stephen Garcia and Connor Shaw from the quarterback position to get the "definite starter" for the 2010 season, since Steve Spurrier has been unable to make a solid decision to this point.

Happy football to everyone.