Major Underachievers: Biggest Disappointments of 2010 in the AL East 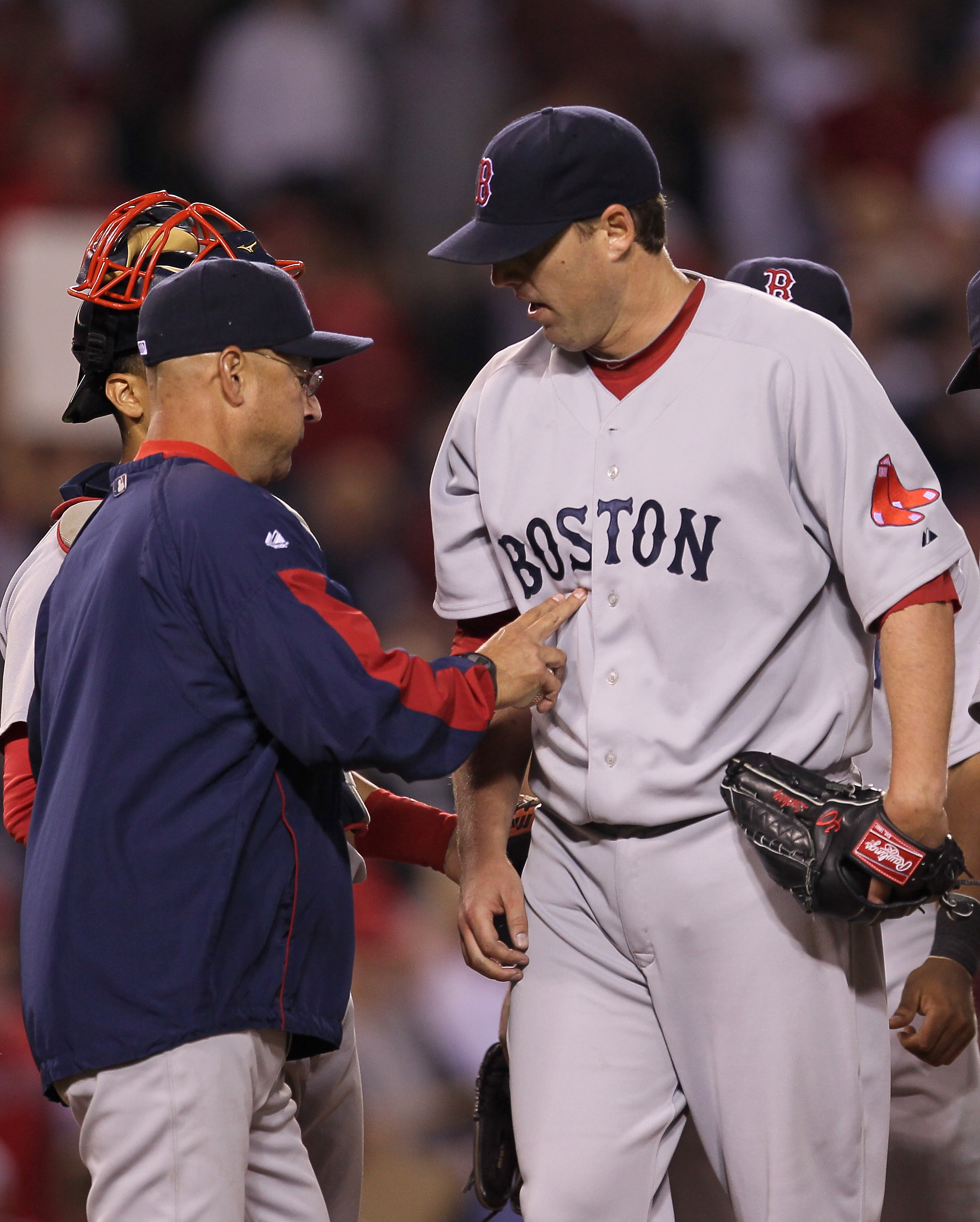 As part three of a six part series, the biggest underachievers in Major League Baseball this year are being called out. The AL East is no stranger to the disappointment that a handful of players have brought to their team.

The AL East has had its own battles. There's a close division race, a team struggling with plentiful injuries, and a home run happy club. Each has seen their fair share of those who have not been producing like they have in the past.

Here are eight beasts from the East who seem to have been tamed for most of the 2010 season. 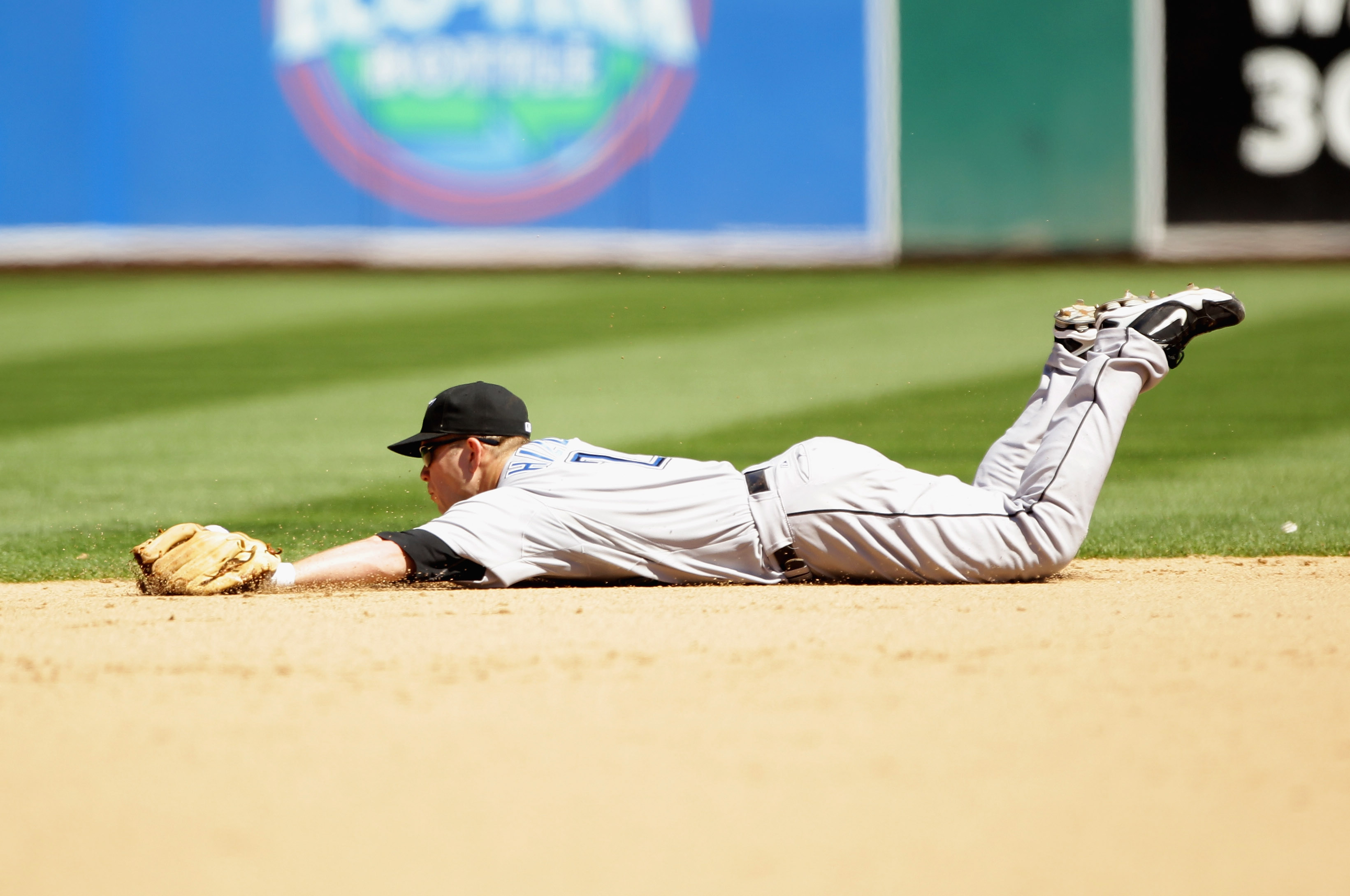 The former first round pick broke out for some unearthly numbers in 2009. Hill led the league in plate appearances and at bats, and used this to his advantage. He hit .286 while popping a surprising career high of 36 home runs. For such a season that came out of nowhere, there was a lot of question surrounding whether or not he could put together a second straight year of that caliber.

So far, he hasn't been able to. In 2010, he's experienced downturns in overall hitting and power. He's picked up just 88 hits and 19 home runs while batting an abysmal .209.

It isn't surprising that he isn't producing like 2009, but his numbers are hindering the Blue jays lineup. 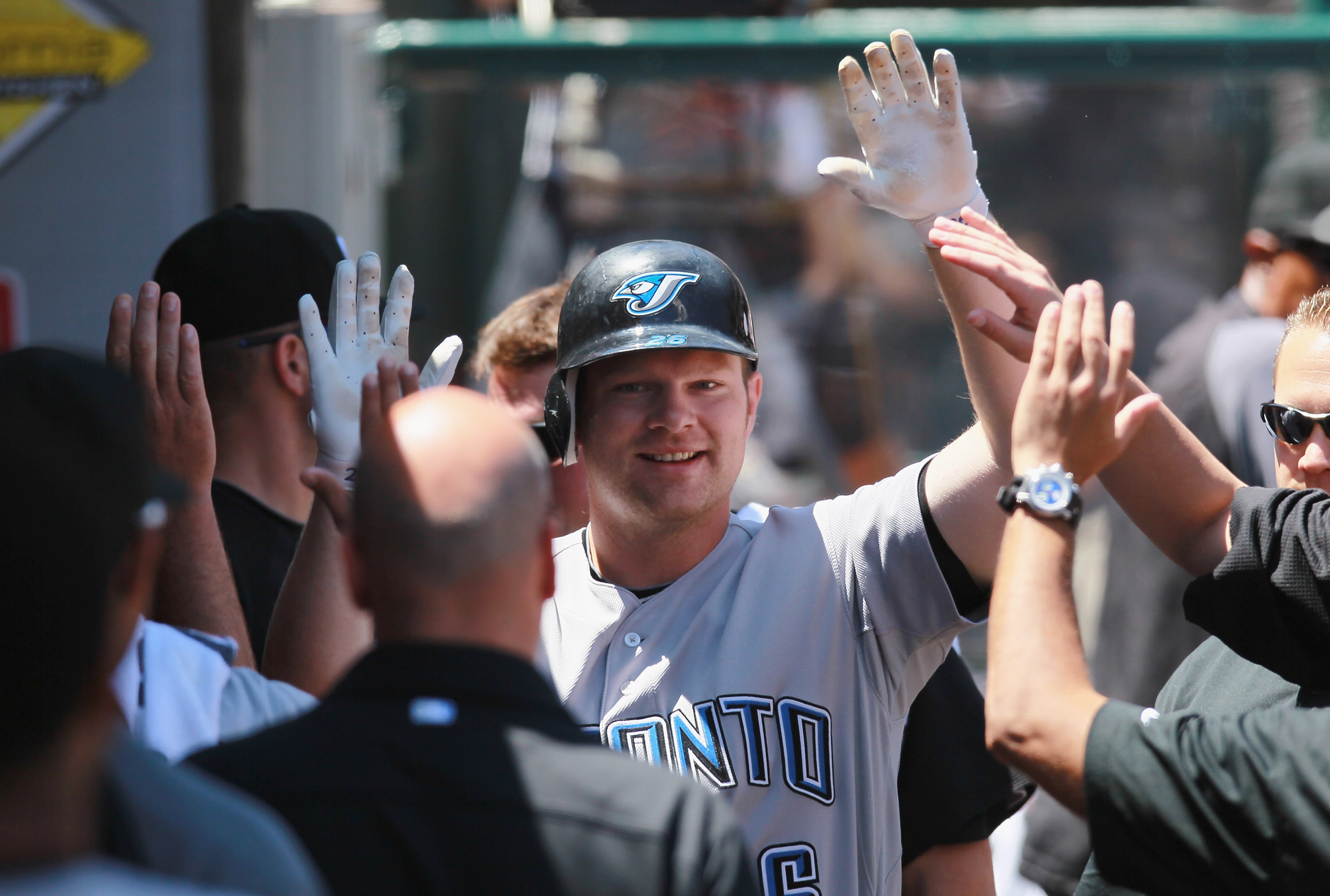 Lind is another Toronto Blue Jay that broke out as a slugger in 2009 with 35 home runs and .305 hitting.

With all the home runs the Jays have hit this year, one would think Lind has been a regular contributor. That hasn't been the case, a lot like Aaron Hill in terms of power.

2010 has seen Lind hit only 18 home runs and bat just .232. Imagine what the Blue Jays lineup would be like if Hill and Lind were hitting as well as they were last year. 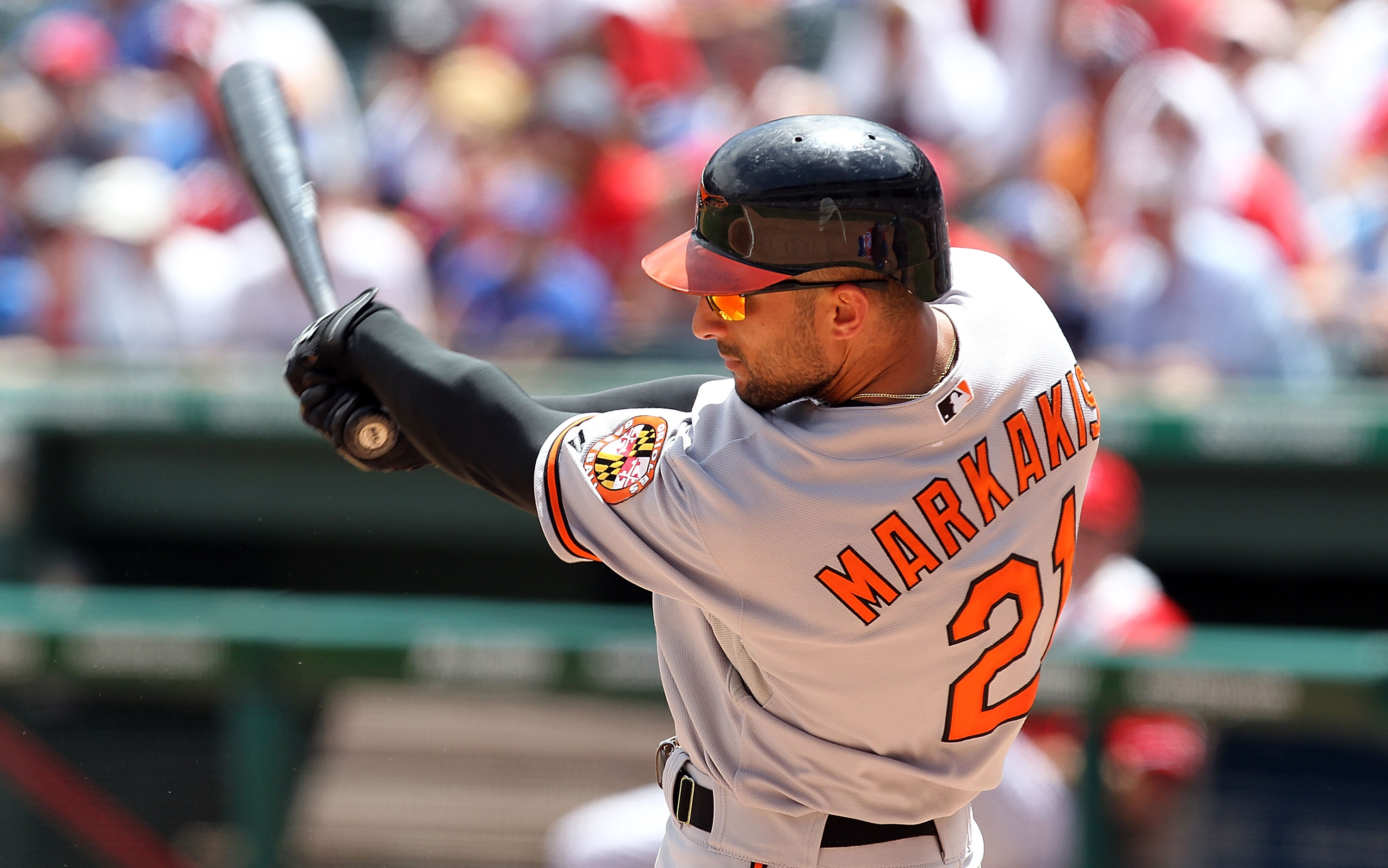 All things considered, it hasn't been a bad year for Markakis at the plate. He's still hitting the ball with regularity, just not for power. This is especially hard on fantasy owners who expected the extra power boost that he has been able to provide in the past.

This is a guy who has hit 20 or more home runs in a season twice in his career. This year, he has just eight. There is time for him to tack on more, but his diminishing power could be a bit concerning. It is a lot like David Wright's drop off in power for the Mets last year. 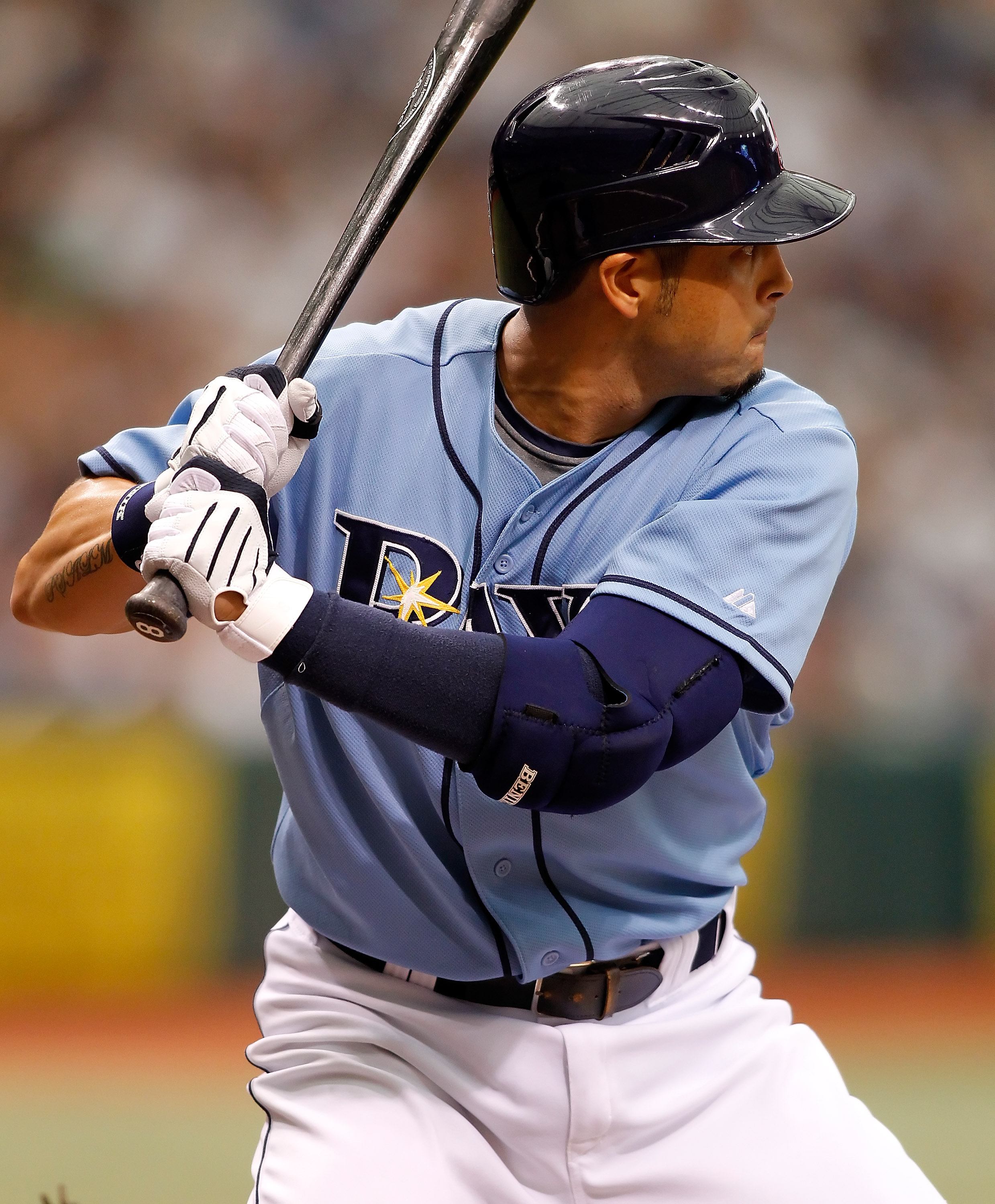 It may be that the expectations for Bartlett were really high, but his 2010 campaign has been highly unimpressive. He set the bar high with an All-Star season in 2009 that rivaled the production of shortstop stars like Derek Jeter.

This year, he isn't going to come close to that. Granted he's had to fend off injuries and Reid Brignac for playing time, but he's only hit three home runs, stolen 10 bases, and hit .253 through 106 games. Its been a highly disappointing year for the Rays shortstop. 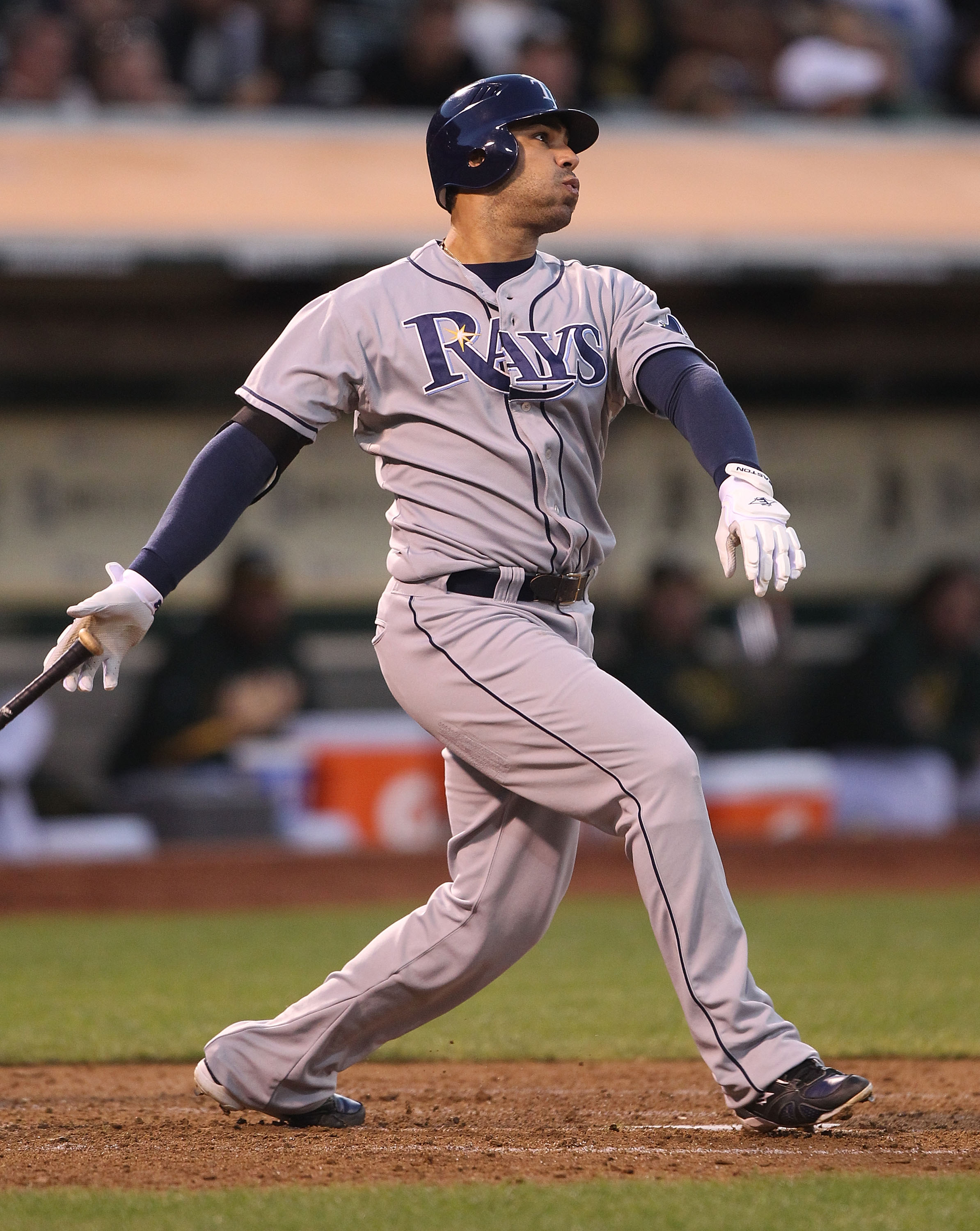 He's never been known as a significant contact hitter, so it isn't entirely a surprise that he's batting below .220 on the year in 2010. He's also battled injuries.

But when you have a guy like Pena in your everyday lineup, the expectations are there for him to hit home runs...all the time. Pena's power numbers are down a bit this year.

After leading the AL with 39 home runs last year, he's hit 24 this year and is struggling way too much against right-handed pitching. His best years may be behind, but he is supposed to be able to provide even more pop to the middle of the Rays lineup. 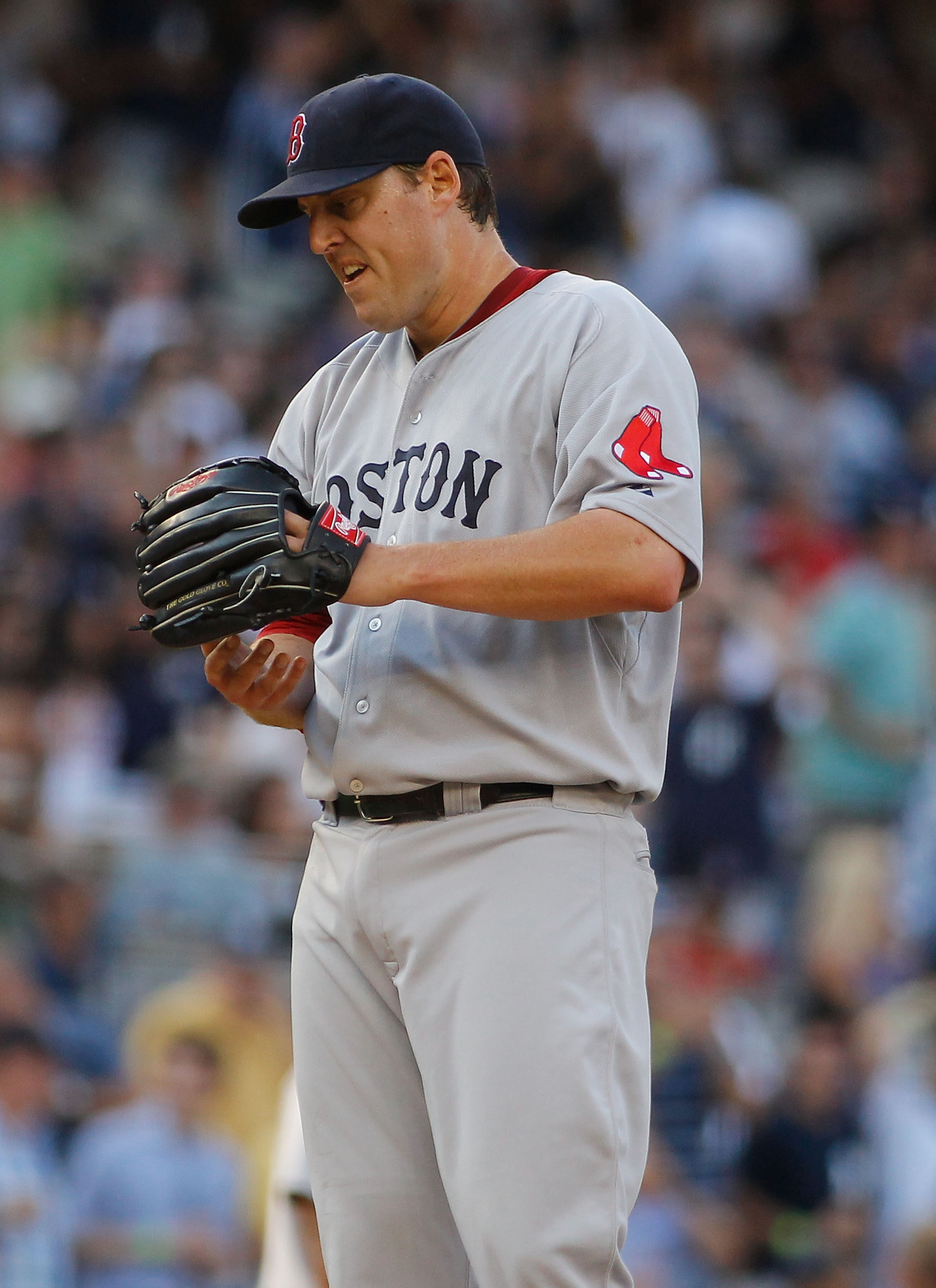 You don't really see it in his 2010 record or ERA, but Lackey has definitely struggled. He's posted a 12-7 record and 4.51 ERA. However, his control has grown into an issue.

Its been a much less than perfect year for Lackey as he hasn't quite been what the Red Sox had expected. 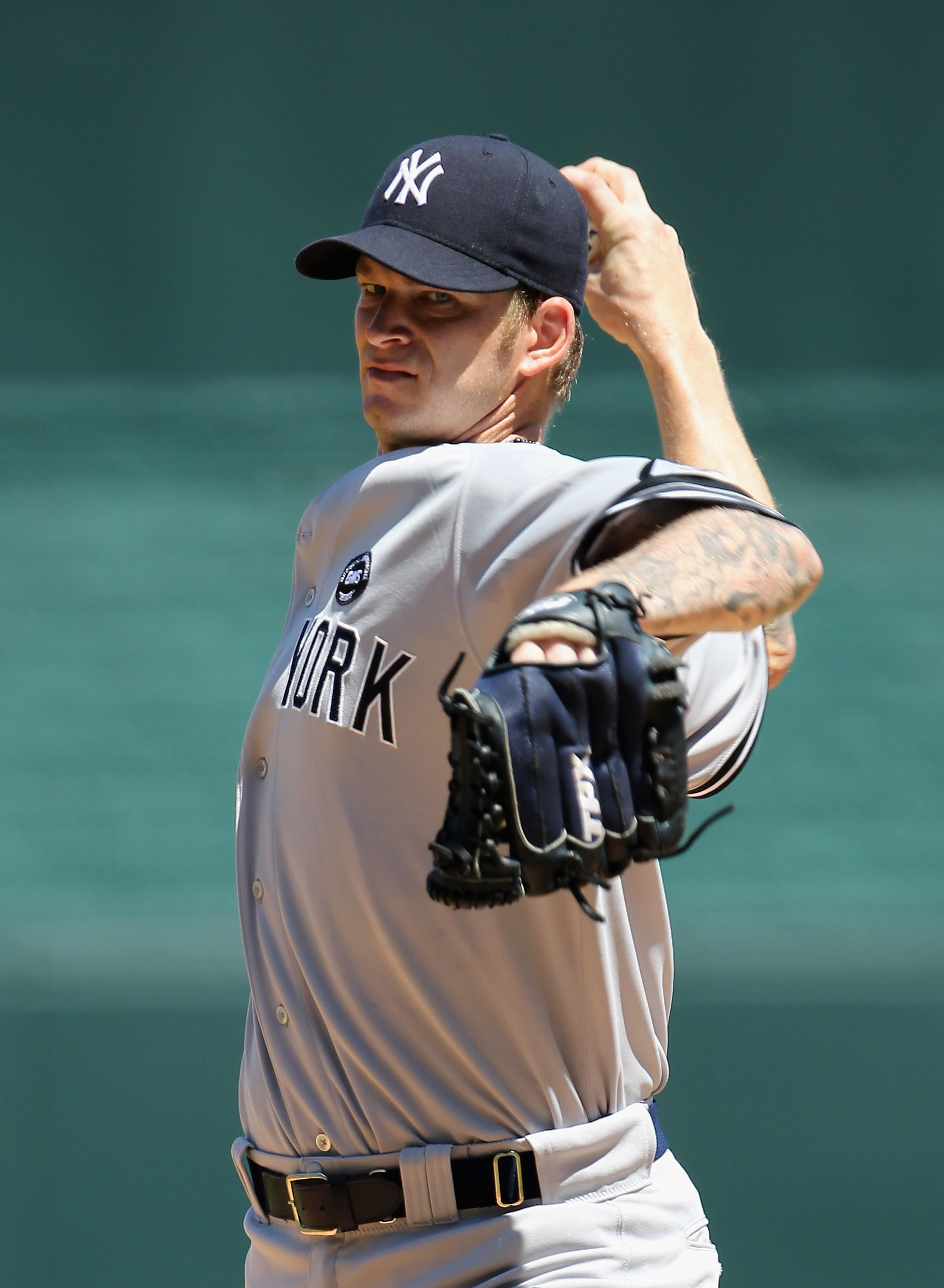 Based on the Yankee fans that I have spoken, many didn't really expect much of A.J. Burnett coming into the 2010. Burnett has gotten to the point of which he is so reliable that Girardi has reportedly questioned his spot in the rotation.

Through 26 starts this year, Burnett is 9-12 with a 5.17 ERA. His WHIP has been higher than ever at 1.51. When the Yankees brought Burnett into the rotation, they knew he could bring the heat, but they didn't expect him to be as wild as he has been for the past couple seasons.

Burnett as simply continued to disappoint. 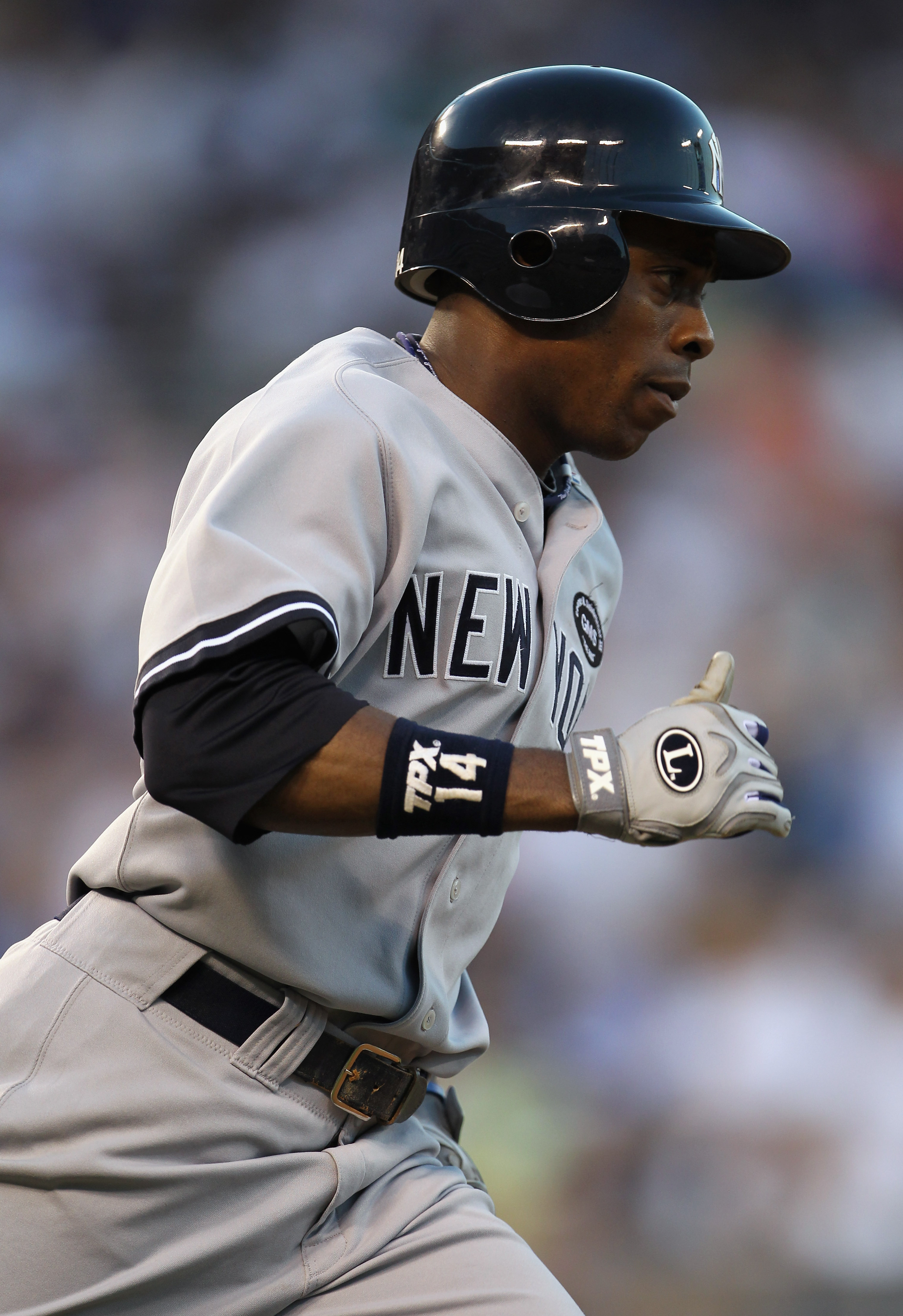 For what its worth, Granderson has been a good pickup to fill the needs of the Yankees. They acquired him from the Detroit Tigers in the off-season and gave up their prized prospect Austin Jackson. Jackson has been much more productive on offense in Detroit.

Granderson hit 30 home runs last year at Comerica Park, and now at Yankee Stadium, he definitely has the ability to put up the same, if not better power numbers. But he's only hit 14 bombs thus far. He has 310 career walks in seven major league season, but he's only drawn 36 this year.

There is a lot more he can contribute in terms of consistency. Its been a rocky year, but Granderson's clean track record says that he can bounce back next.